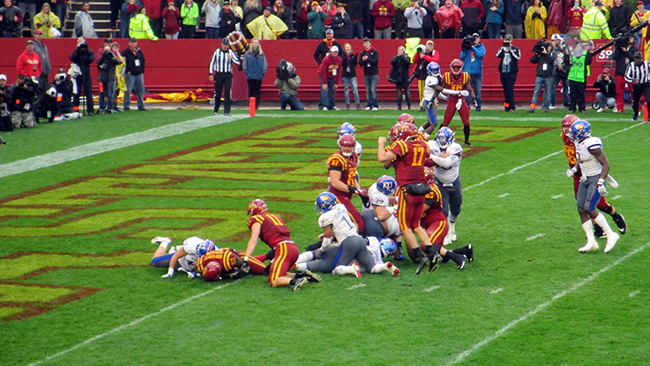 In case you are shamed by the completely out of control Kansas basketball program and you are a Kansas grad, I have good news for you. The University of Kansas also has a football program that you can support. Currently not under investigation by any federal law enforcement agencies!

A couple Saturdays back they came to Jack Trice Stadium to play the Iowa State Cyclones in a football match. Because it was a pouring rain, I didn’t take any good cameras to the game. However, I did take my Canon point & shoot to capture a few photos. Here are a few of those few photos: 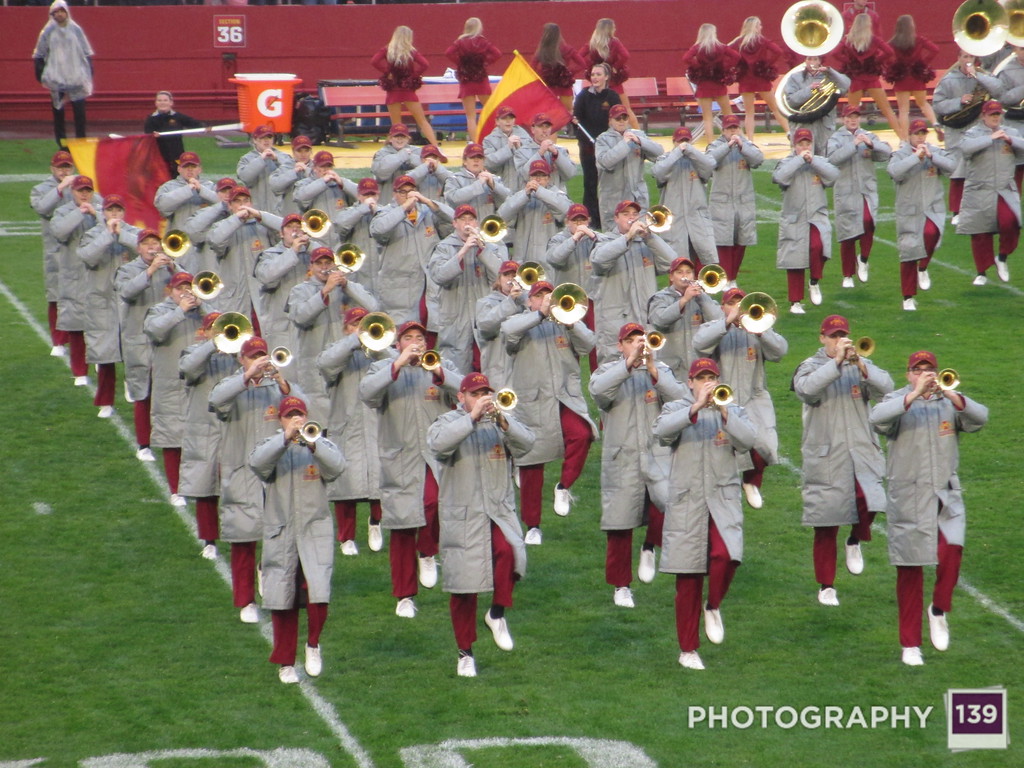 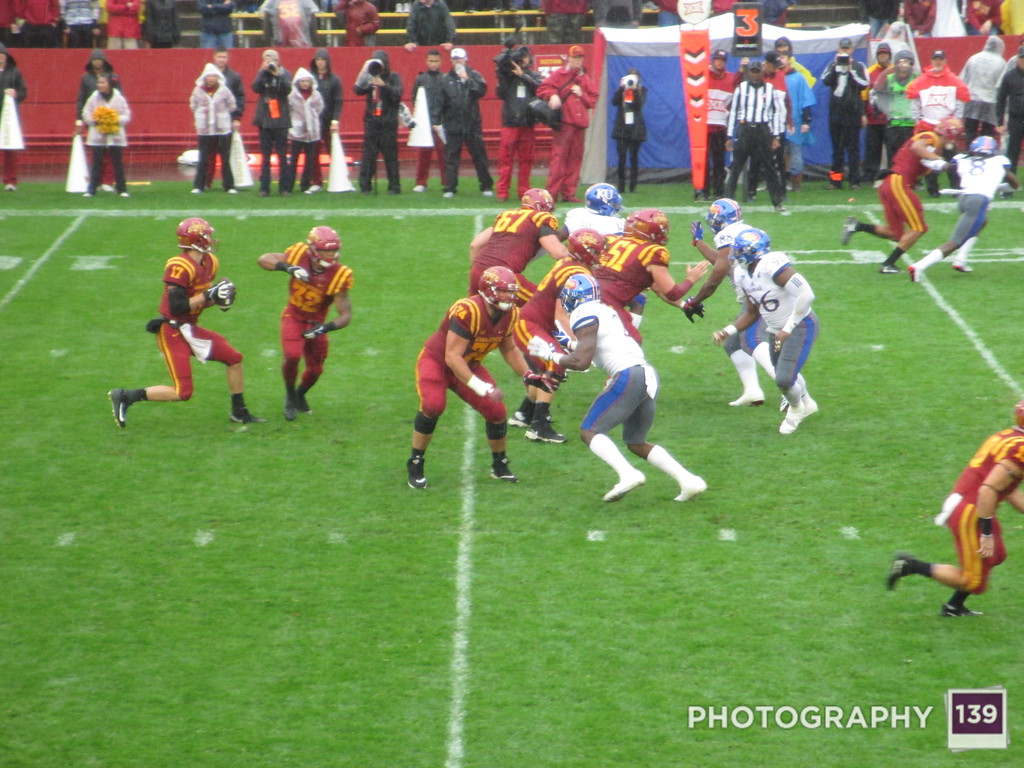 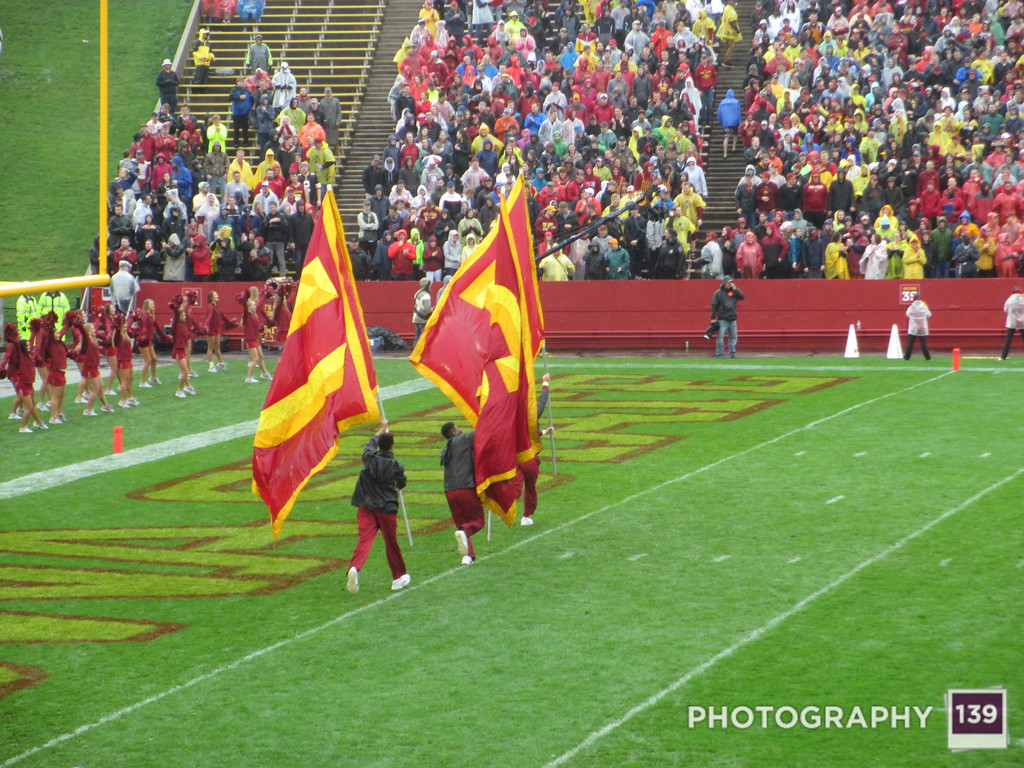 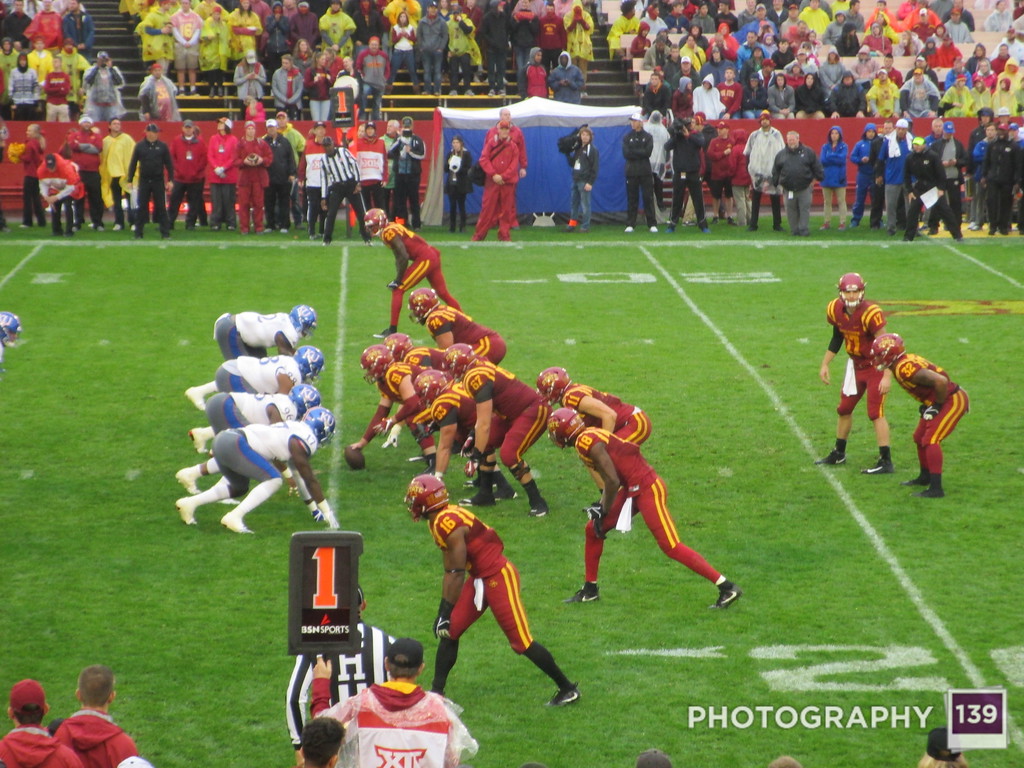 The Cyclones bested the Jayhawks on this soggy day 45-0. It wasn’t all bad for Kansas though, they managed to get into triple digit for yardage on the second to last play of the game!

Iowa State followed this win up by going on the road to Lubbock and besting the Red Raiders 31-13, thanks in large part to Marcel Spears 61 yard pick six that saved our bacon. That victory sets up a showdown this Saturday against the #4 Horny Toads of Texas Christian for first place in the Big XII. It might be snowing on Saturday, but if you are in the Ames area, you should head to The Jack to support the feel good story of college football and support the Cyclones. If you make it to the game, drop by G6 for our annual Taco Tailgate. The tacos are on me (well and Jorge and Joe and whomever else contributes to bearing the expenses of Taco Tailgate)!!

3 thoughts on “PSA: The University of Kansas has a Football Team”