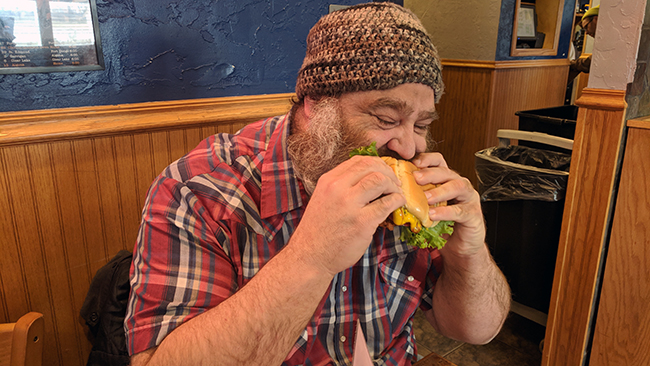 On Saturday, the Tenderloin Appreciation Society hopped in one of Scottie D.’s many vehicles and headed north on 17 to Webster City. Home of the Grid Iron Grill and Sports Lounge. The current reigning Best Tenderloin in Iowa according to the Iowa Pork Producer’s Association.

Scott and Porter had their game faces on. Although Porter actually ordered chicken strips. He is still in training. 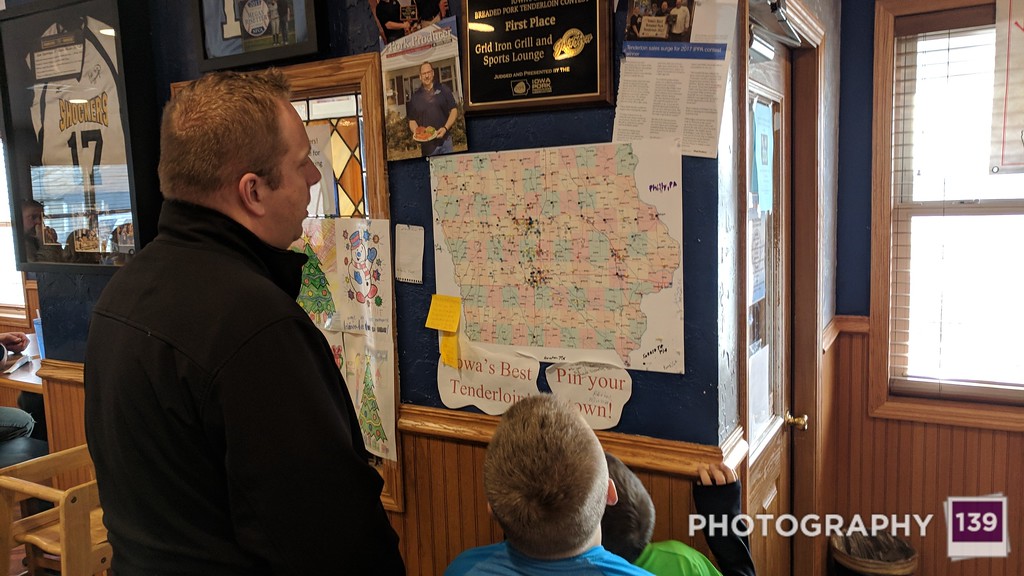 They have one of those pin your location maps.

They also have coloring contests. 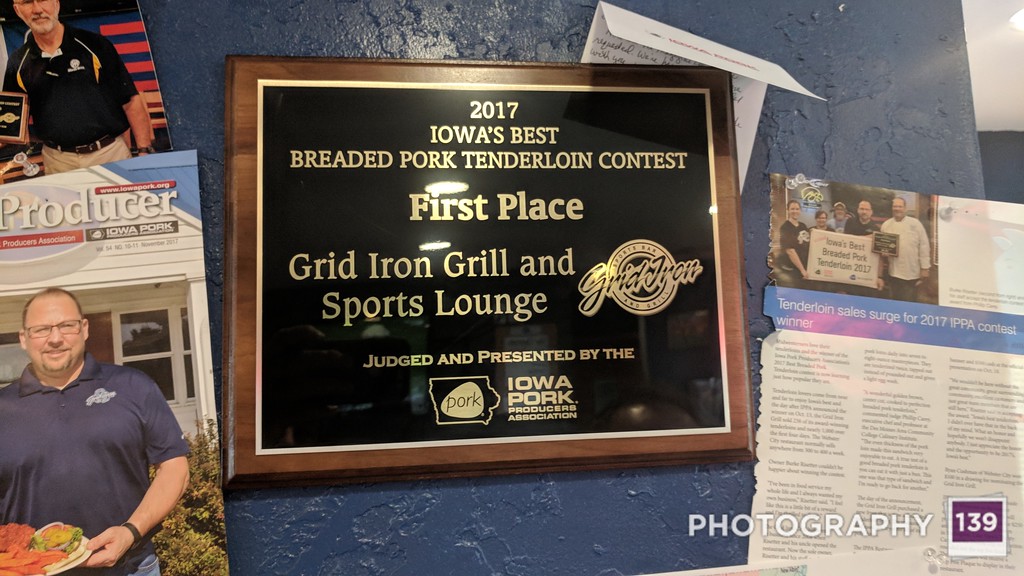 Our waittress delivering our tenderloins. 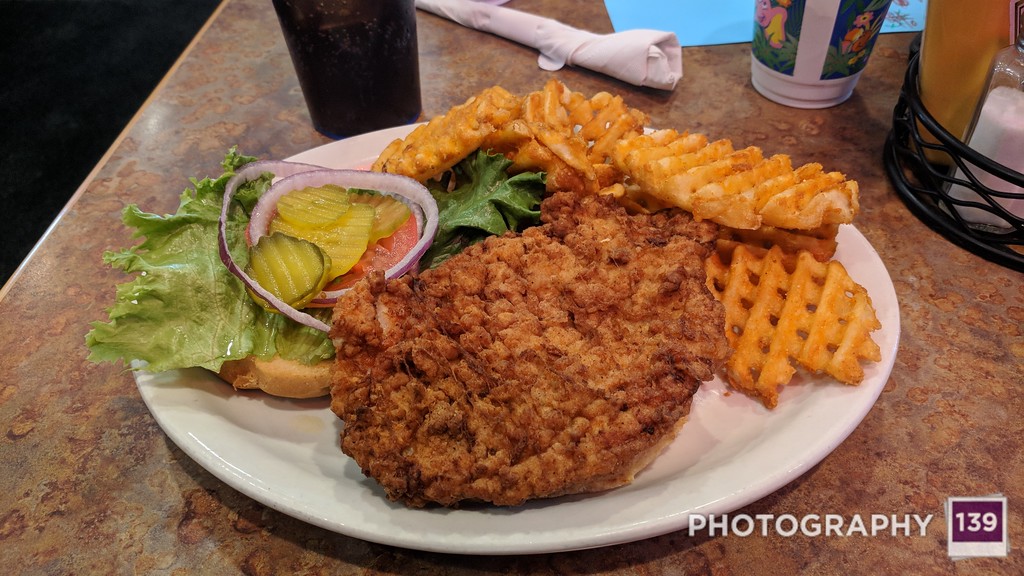 Austin. About to become a man. 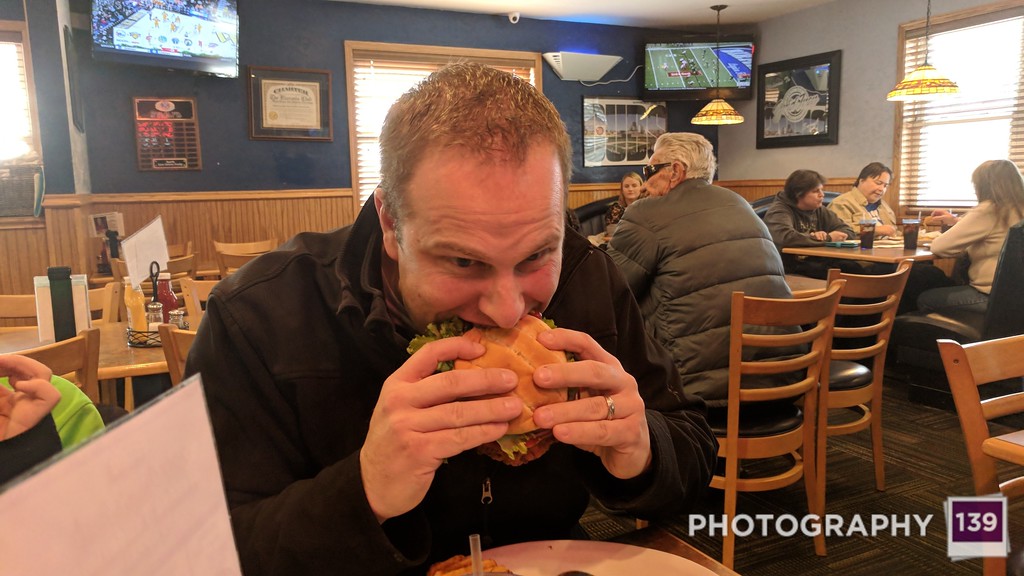 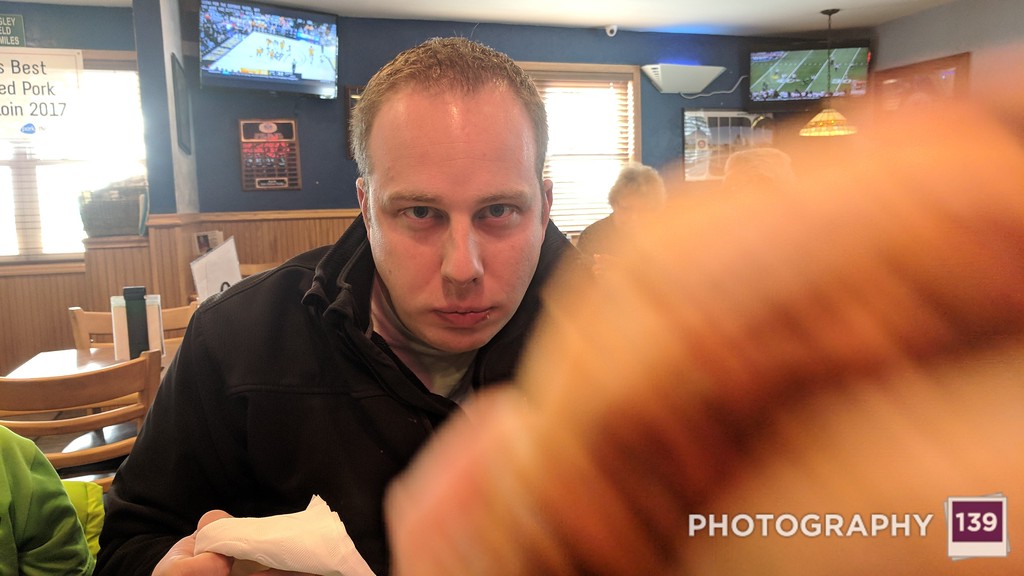 Austin with a “tenderloin bomb”. 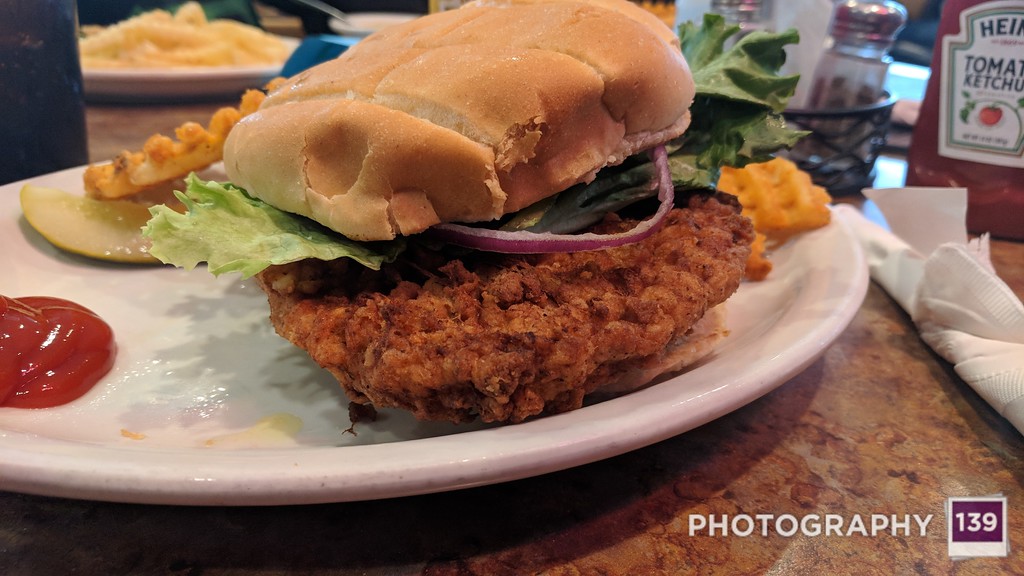 Are you taking the picture? 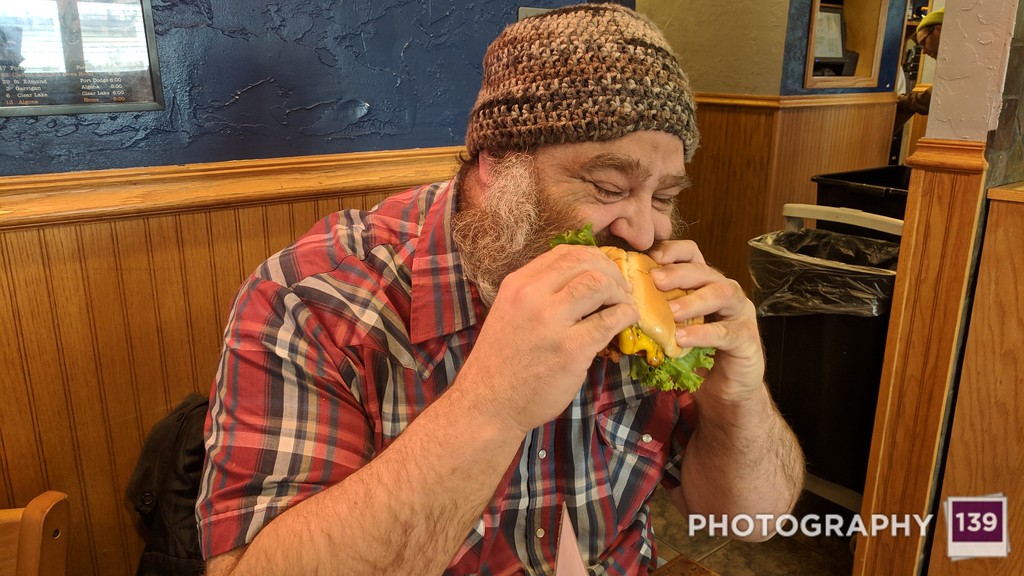 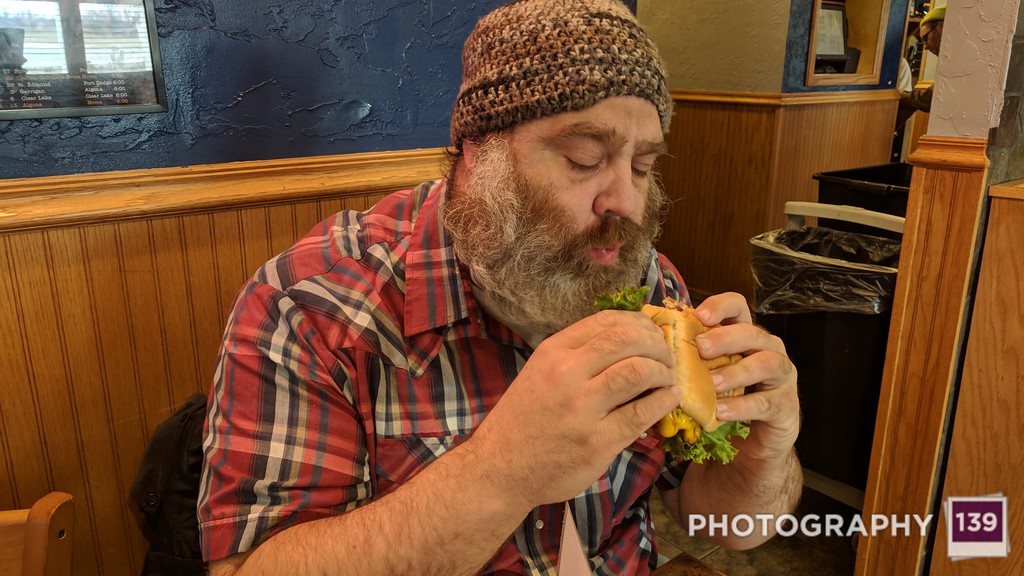 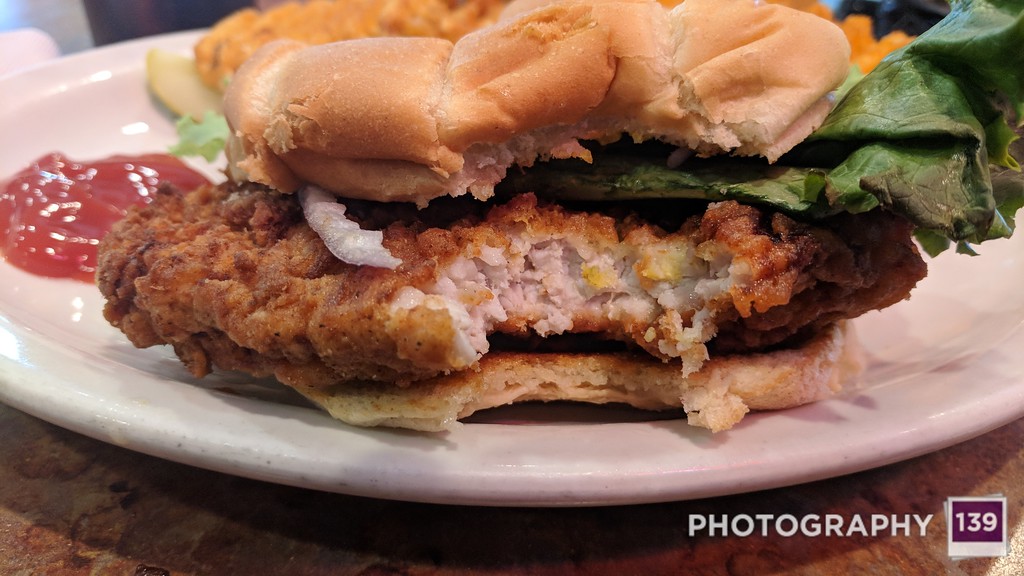 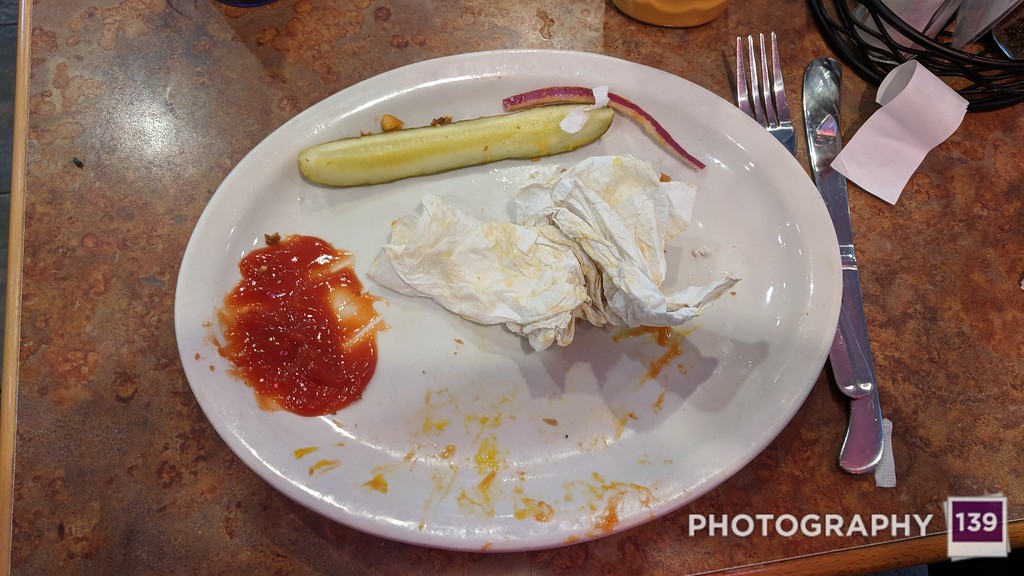 His work done. He retired for the day. 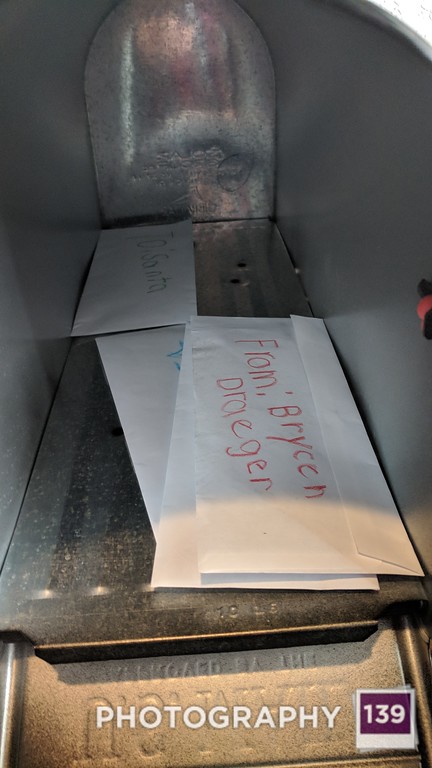 They have a mailbox for Santa. 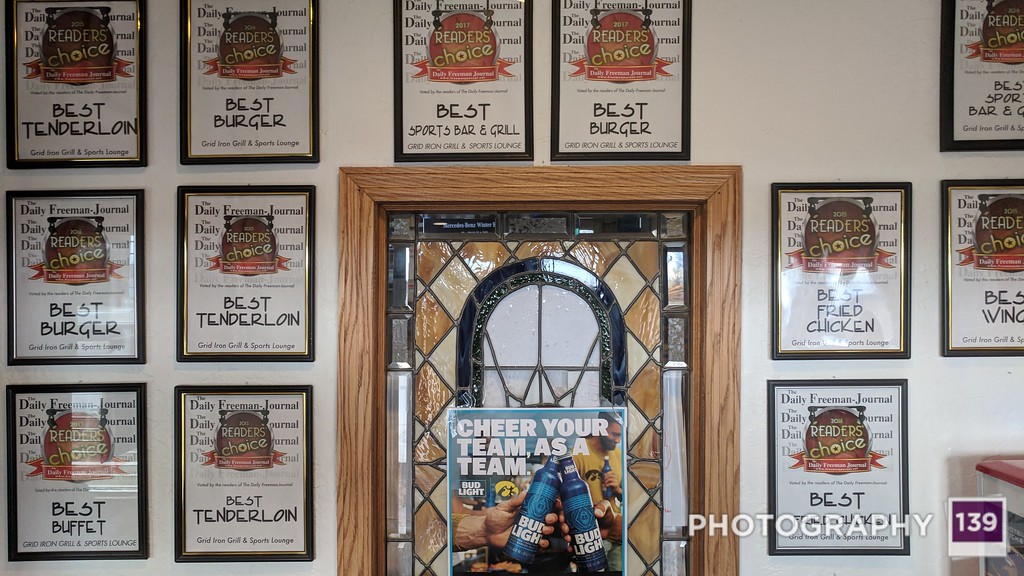 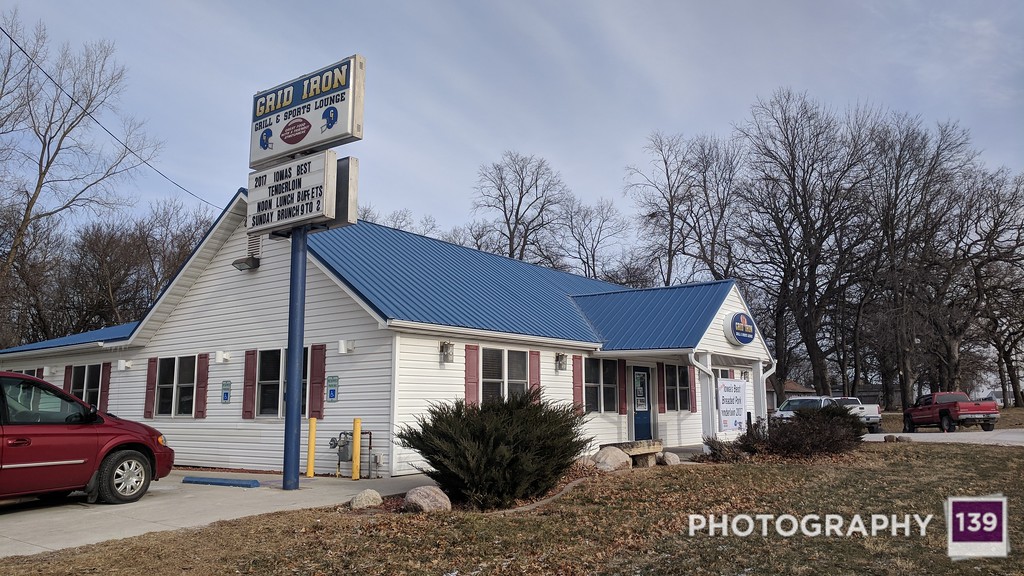 The Grid Iron Grill serves a good, but not great tenderloin. I would gladly eat it again, but I would not pursue it. It is does not belong in the Pantheon with Nick’s or Cole’s or The Legal Limit (may she rest in peace), but it is certainly several notches above garbage tenderloins like you see at The Lucky Pig or Gramma’s Kitchen or Thunderhead Sports Bar & Grill.

Sometime in January the Tenderloin Appreciation Society will be visiting the 2017 runner-up in Winterset. If you would like to apply for a spot on our next field work trip, you know how to contact me.