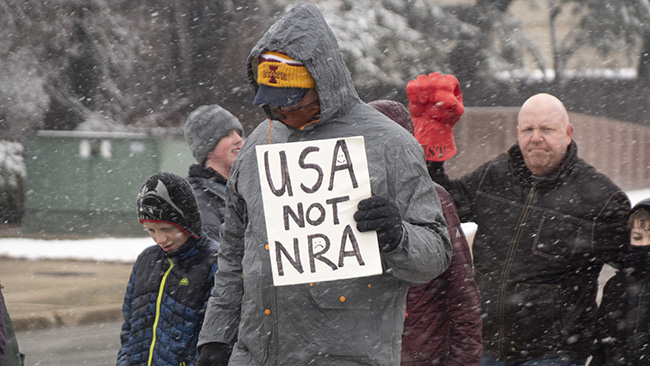 Here is another collection of images from that snowy day around the Iowa Capitol during the March for Our Lives Rally. I thought I would share the words from a pamphlet that a guy was handing out:

There is a myth that has infiltrated the core of the American imagination. It is the belief that the Second Amendment is a result of the Revolutionary War, thus, a right to self-defense and to protect the country from any enemies that rise. It is also believed that if the government fails to protect its citizens, the citizens have the right to revolt. However, the historical context that led to the creation of the Second Amendment is actually based on the process of land annexation and the mitigation of local populations through assimilation, genocide or slavery–much of which took place at the point of a gun. The colonists that built this country ousted the British for many reasons, but fundamentally, ‘what colonists considered oppressive was any restriction that British authorities put on them in regard to obtaining land.’

The Second Amendment is actually a sacred religiopolitical covenant between the Nation State and the settlers of this continent that recognizes the fundamental ideology of land expansion through ethnic cleansing and slavery. It is nothing more than recognition that this cleansing and slavery. It is nothing more than recognition that this country was founded on the actions of generations of Europeans with a maniacal lust for Indian killing and the control of Black people. Men were expected to bear arms (at one point it was the law) in order to protect themselves, their families, the State and process of westward expansion. In essence, extreme violence was a god given right and an obligation of the average “citizen” that took on the singular role of a vigilante and that formed into small groups that cleared the way for the rise of the American government. The average citizen was a raider, a ranger, a frontiersmen, a marauder, a pirate and the average colony was a settler militia, an armed household, and a slave patrol.

The nation state did not create the Second Amendment to protect its citizens from invasion but to allow its citizens to invade. It is written permission to continue on with the doctrine of discovery, manifest destiny, westward expansion, i.e., the work of the white supremacist. As Roxanne Dunbar-Ortiz writes, ‘The astronomical number of firearms owned by US civilians, with the Second Amendment considered a sacred mandate, is also intricately related to militaristic culture and white nationalism. The militias referred to in the second amendment were intended as a means for white people to eliminated Indigenous communities in order to take their land, and for slave patrols to control black people.’

The violent approach to Indigenous and Black populations is still practiced in current day American society. For instance, Native Americans have the highest police murder rate per ethnic group in the county and vast majority of these deaths are through the use of a firearm. According to the Center for Disease Control, ‘for every 1 million Native Americans, an average of 2.9 of them died annually from 1999 to 2015 as a result of legal intervention’. For the Black population the number is 2.6, for the Latinx it is 1.7, for Whites it is .9 and for Asians it is .6. This is a startling statistic because Native Americans only make up .9% of the population. However, these deaths are probably under reported just like the other epidemics that Native Americans face, such as missing and murdered women, abuse, rape, stalking, runaway children and violence committed by non-tribal members. According to Matthew Fletcher, director of the Indigenous Law and Policy Center, ‘The data available likely does not capture all Native American deaths in police encounters due to people of mixed race and relatively large homeless population that is not on the grid.’

The notion that there is a rise in gun violence in this country is actually a misunderstanding of history. There was just a period of time in the late 19th and early 20th century where guns were not essential for the coercive control of brown people as the government had created reservation internment camps and implemented Jim Crow laws to segregate ‘problem populations’. However, the rise of the NRA, gun lobbying and the mass production of automatic weapons tied to a long held gun fetish in the American imagination has given white supremacists updated permission to dust off their ancestors weapon of choice and reenact the violence that this country was founded upon. America is a young country and lacks a distinct culture of its own, but one thing is certain–Americans covet their sacred right to free real estate, cheap labor and the gun, thus, the Second Amendment is but permission to steal, kill and dominate in order to fulfill this expectation.”

If nothing else, it is an interesting piece of reading and you can think it over while you are looking at this collection of pictures from the March for Our Lives rally: 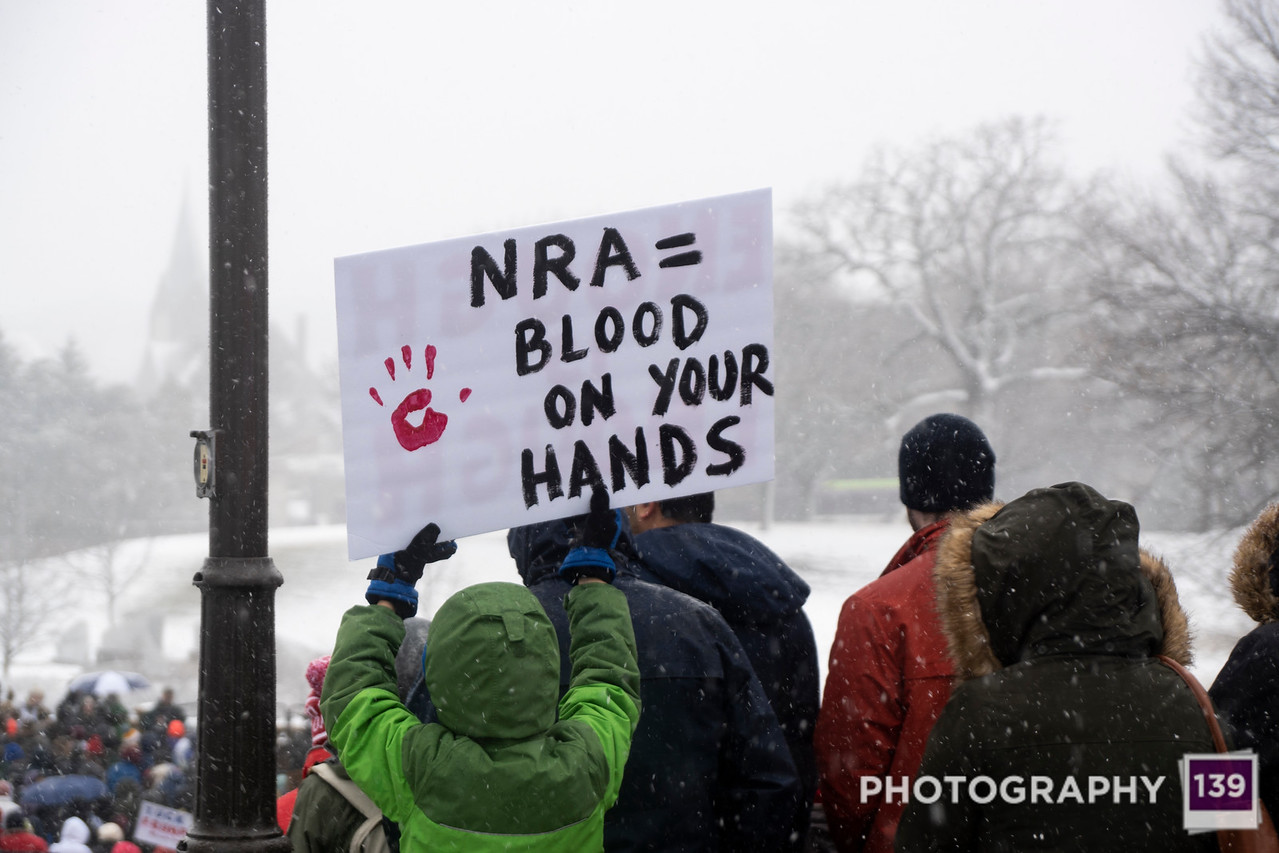 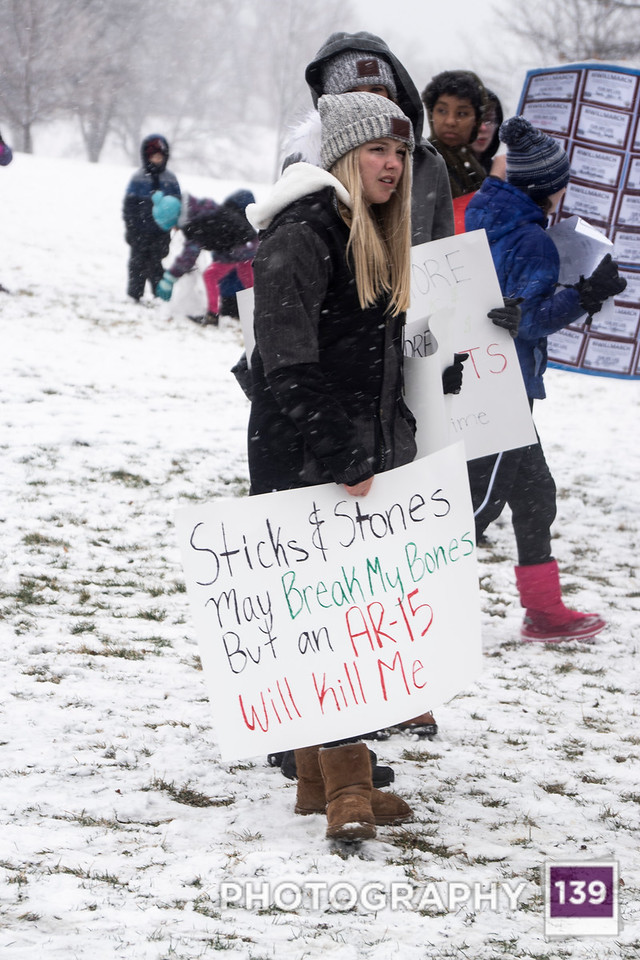 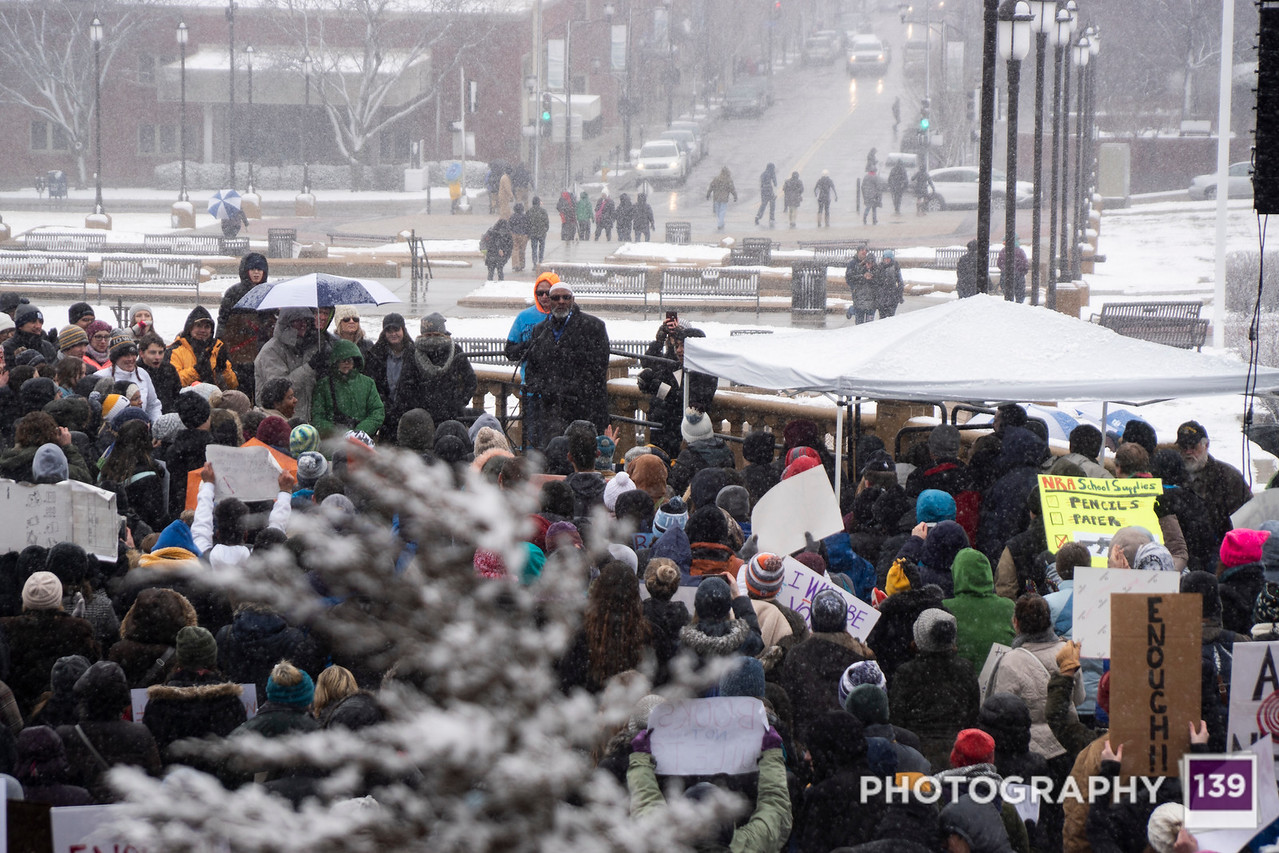 This guy spoke about losing his son to gun violence and the miracle of forgiving the person that killed his son. 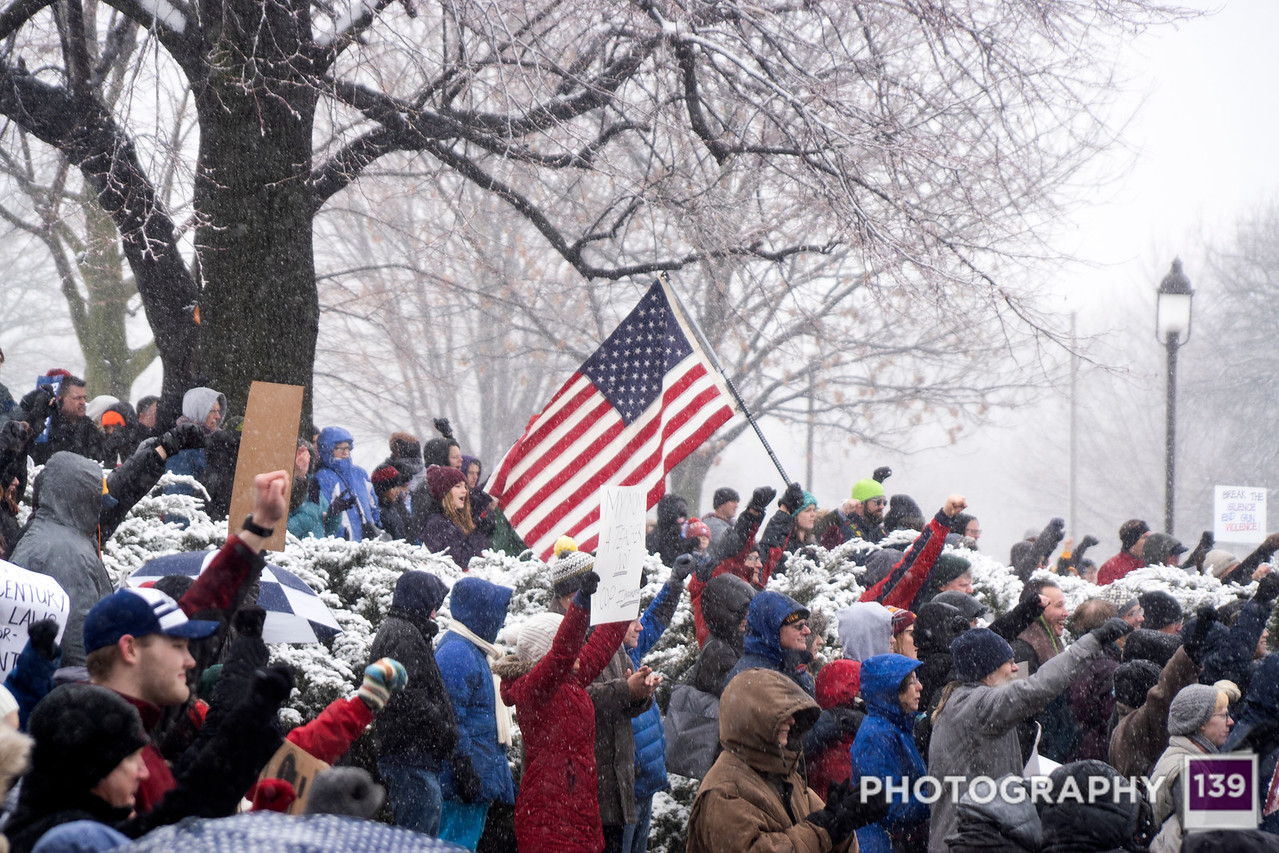 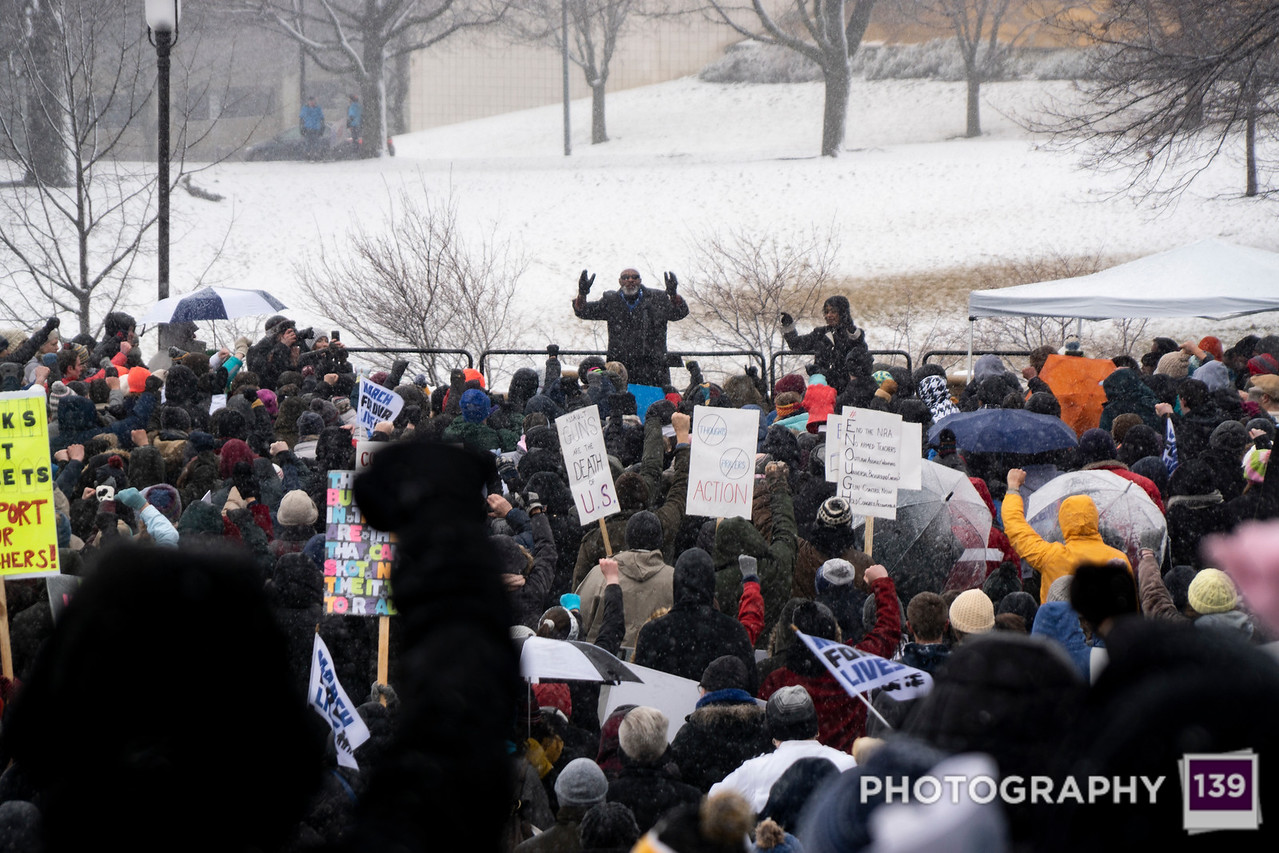 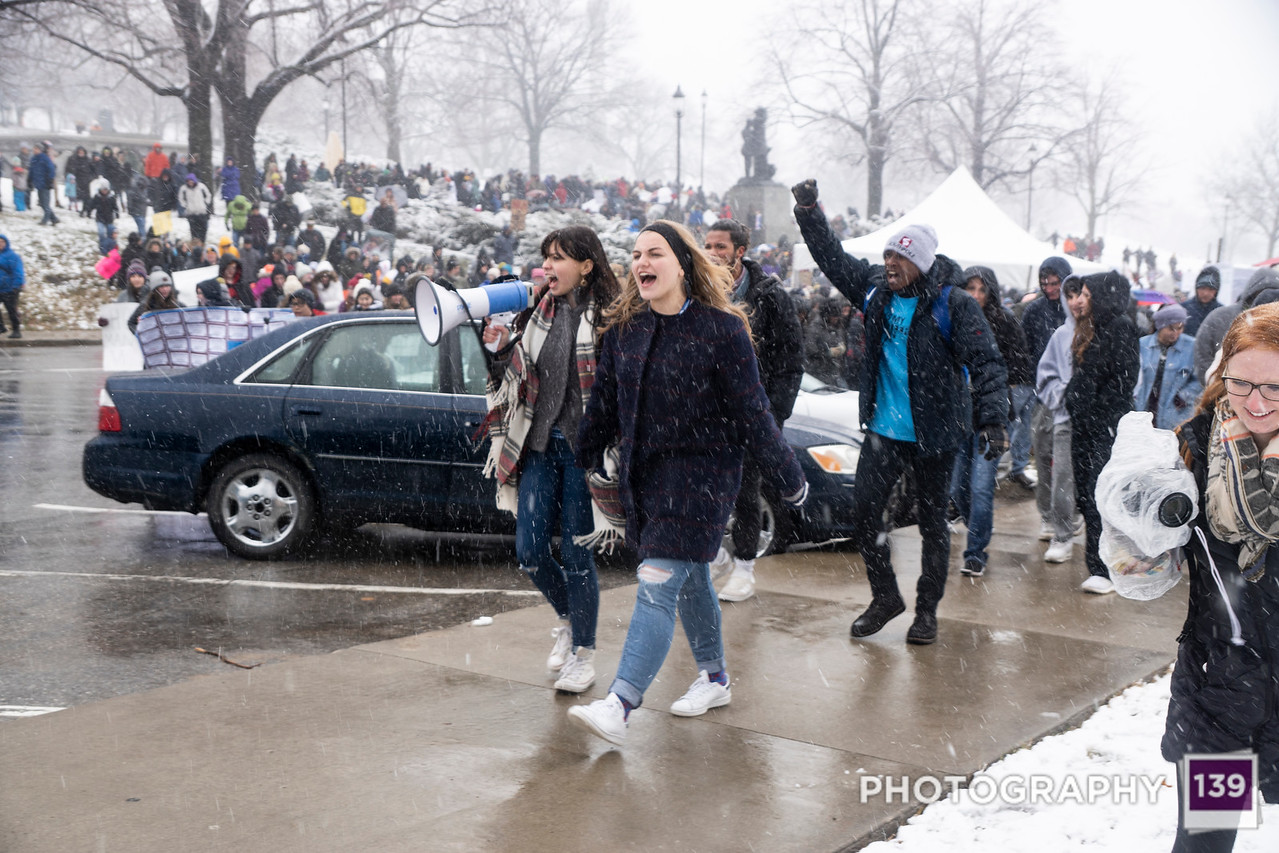 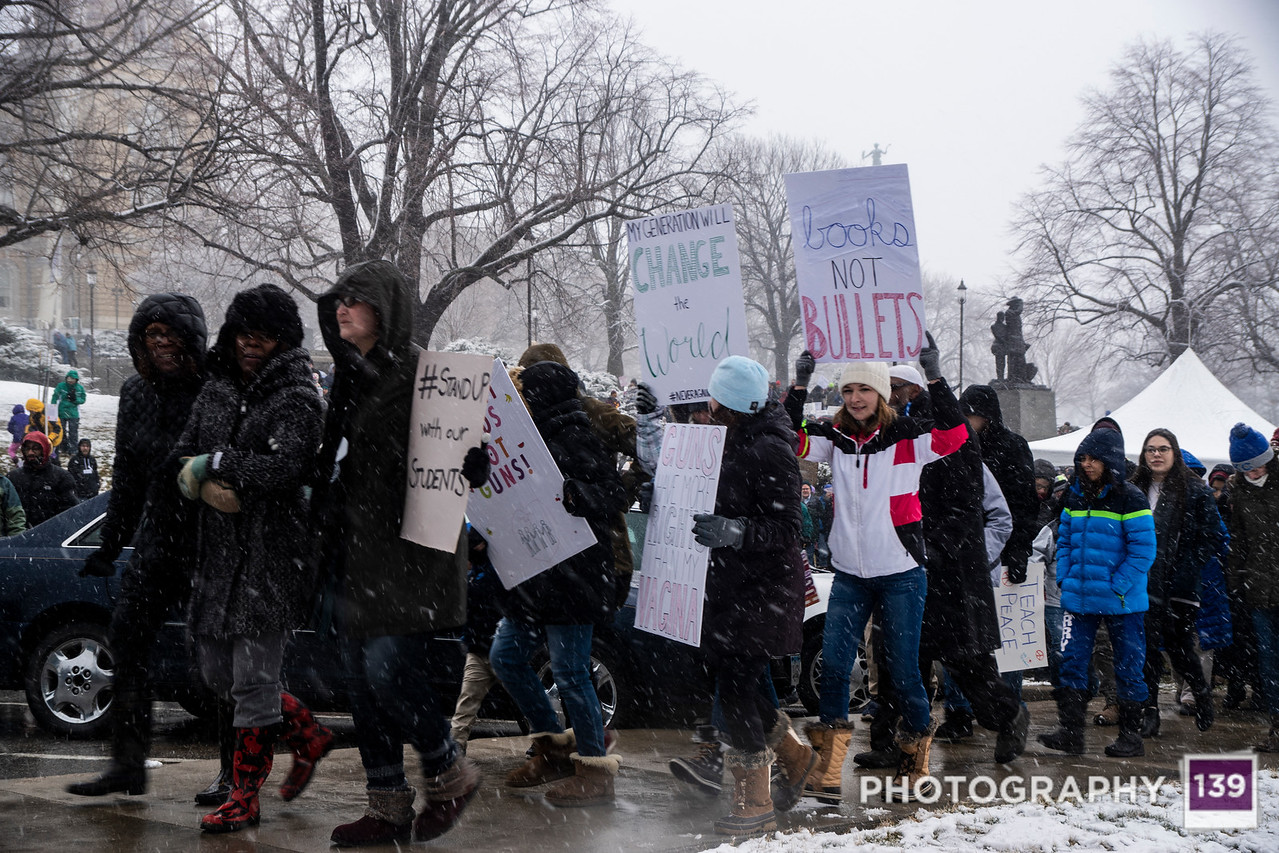 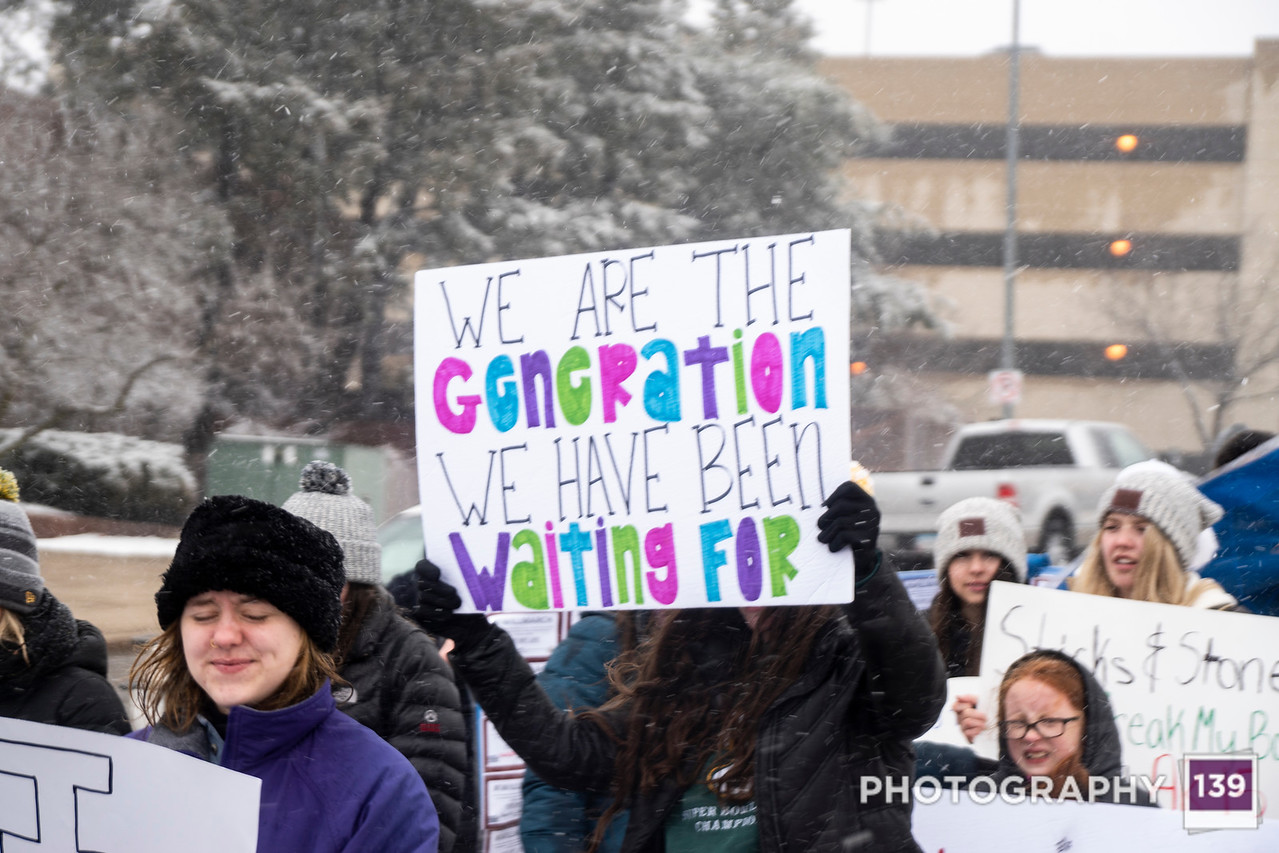 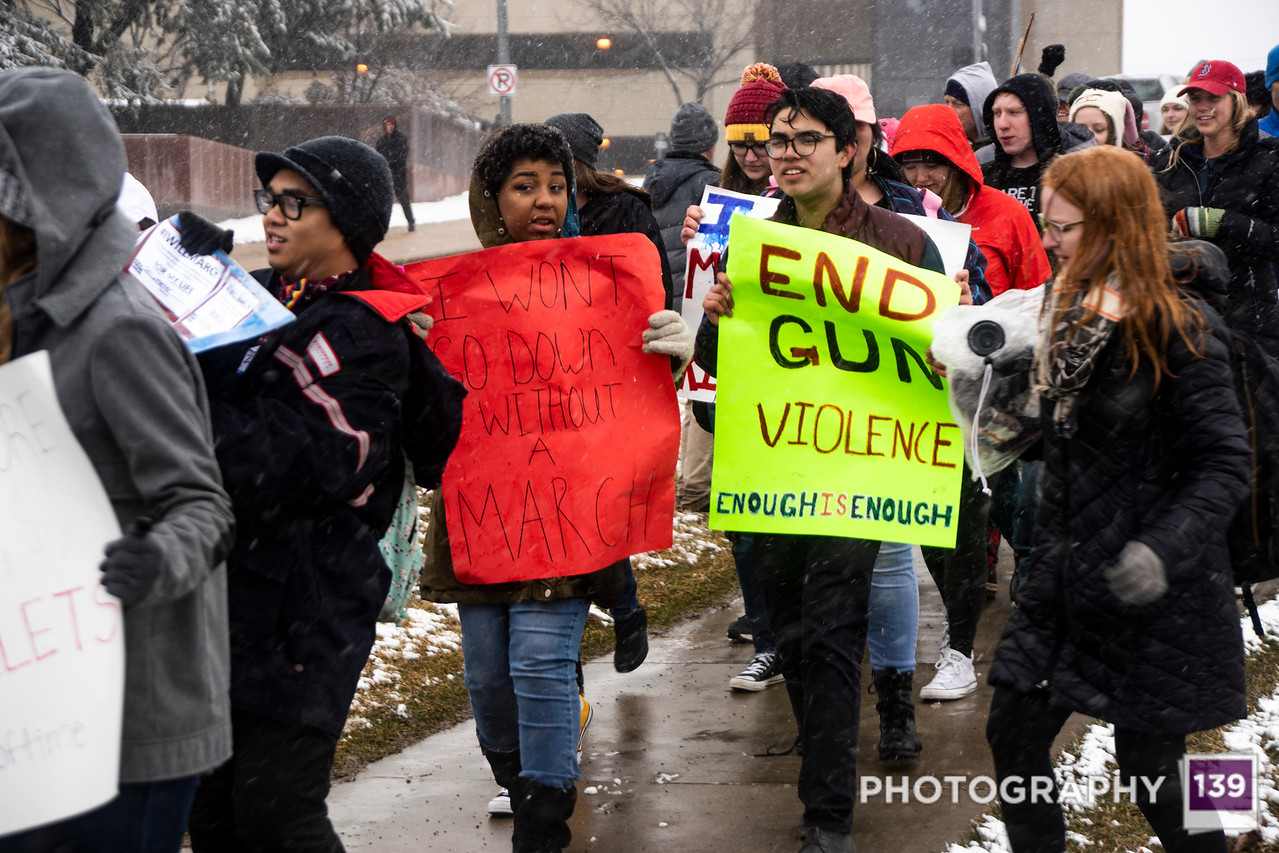 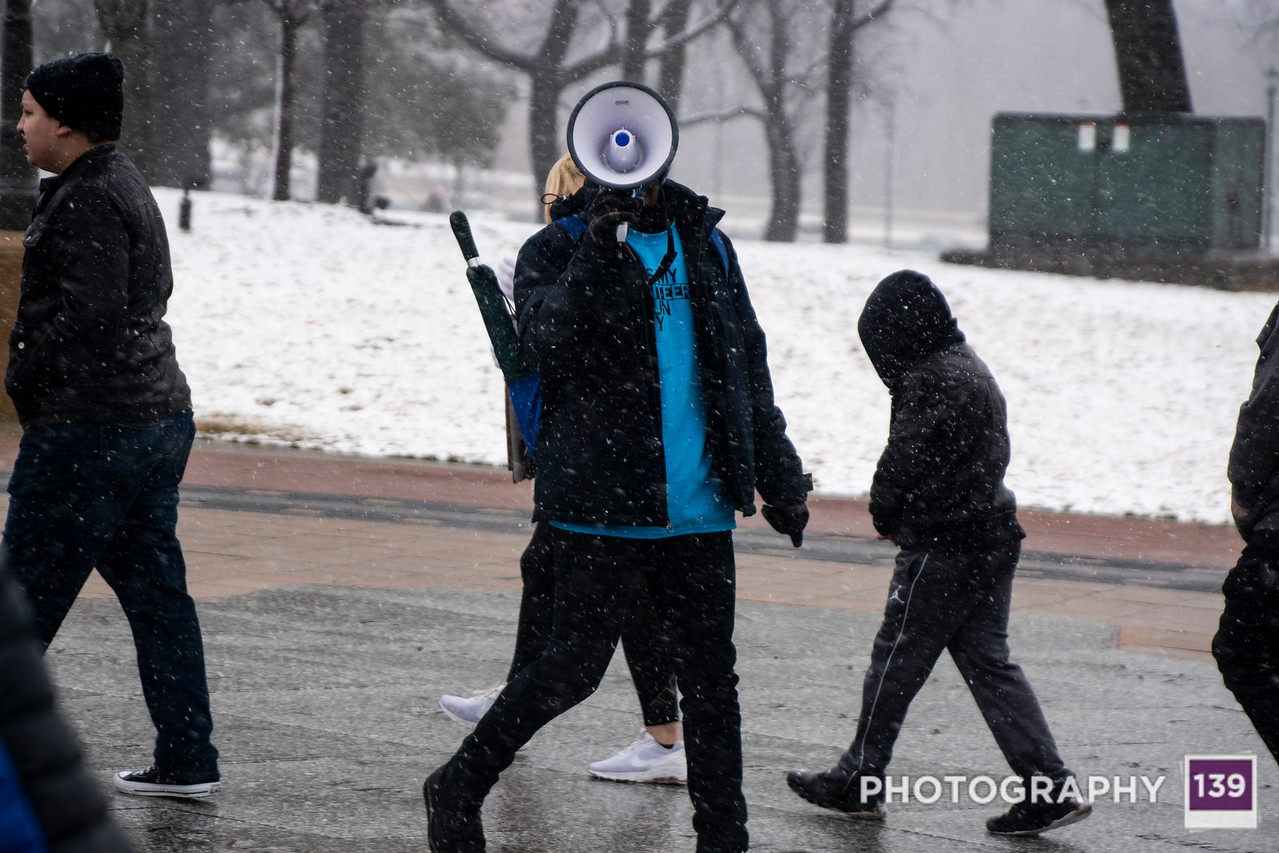 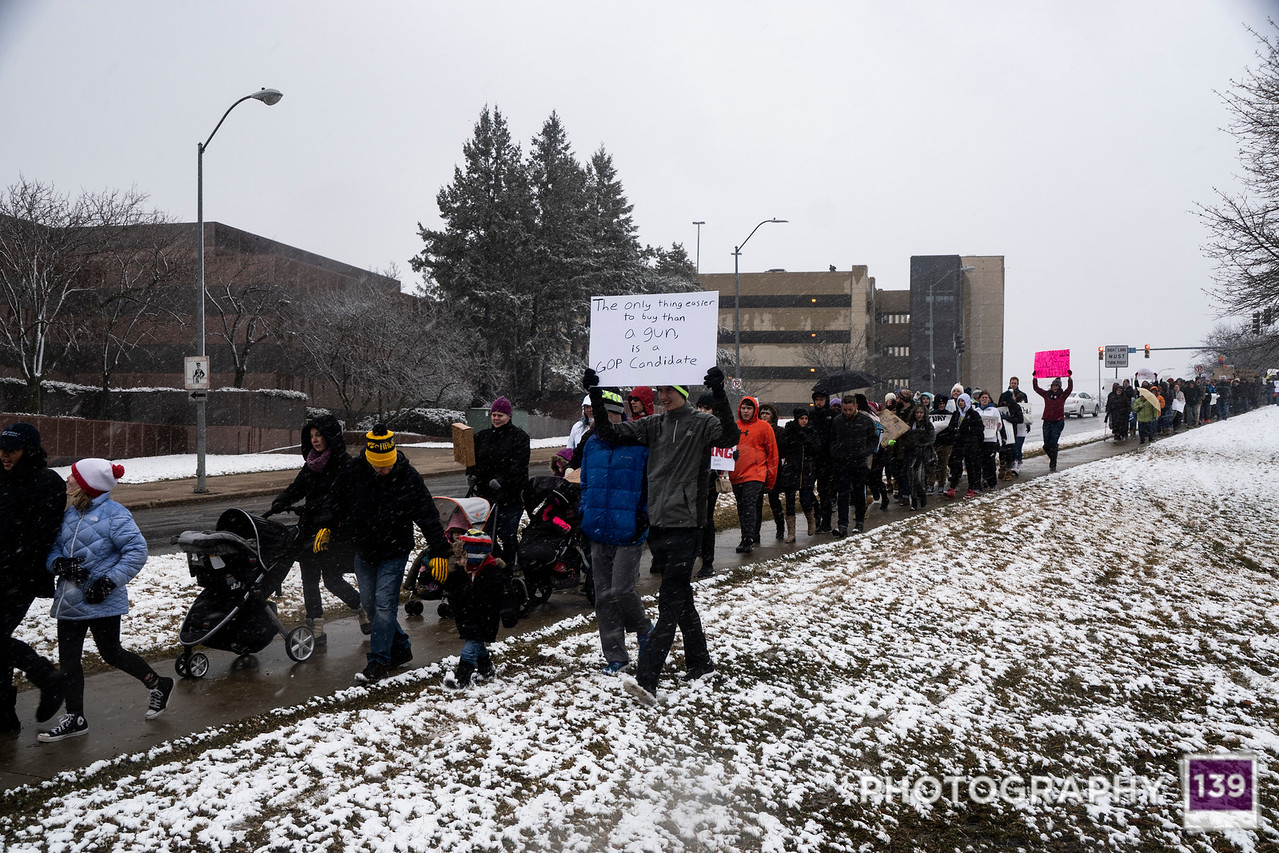 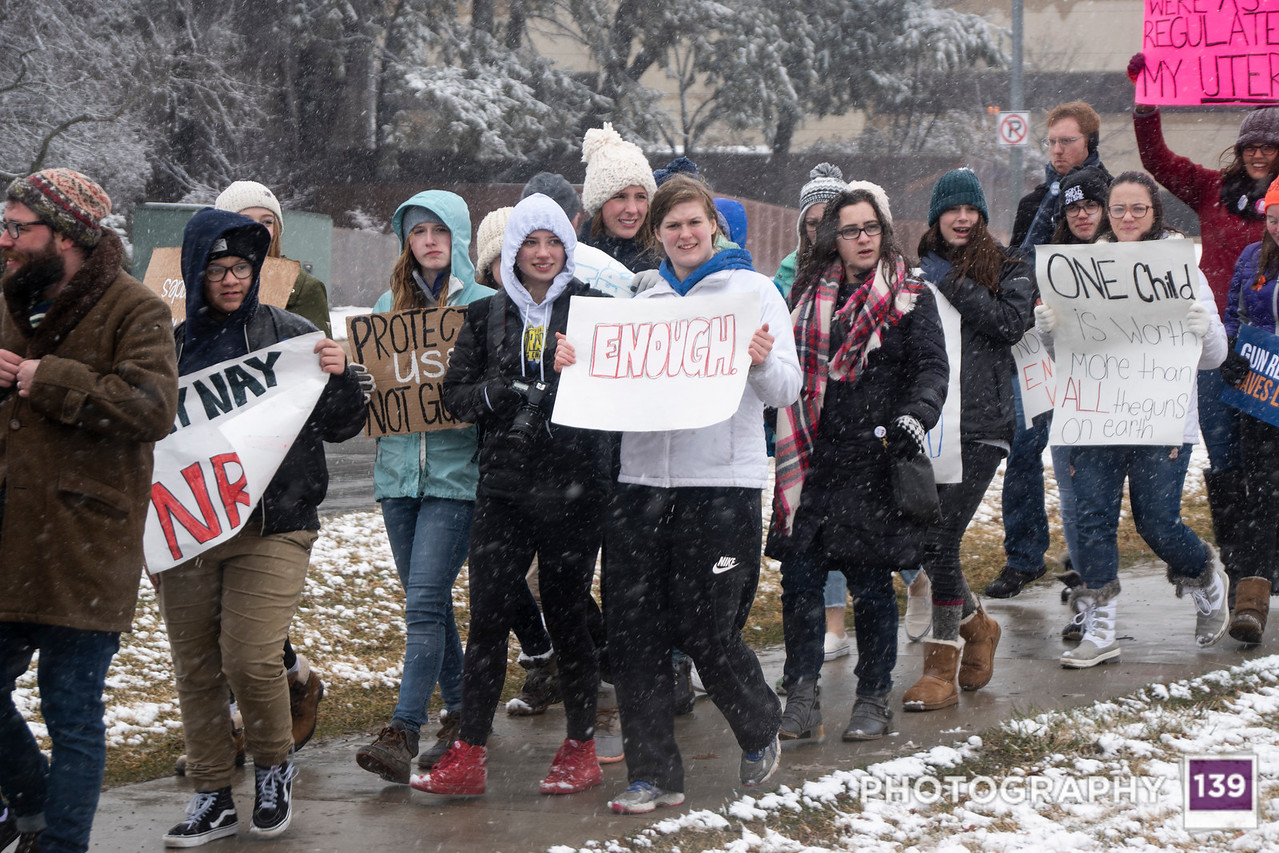 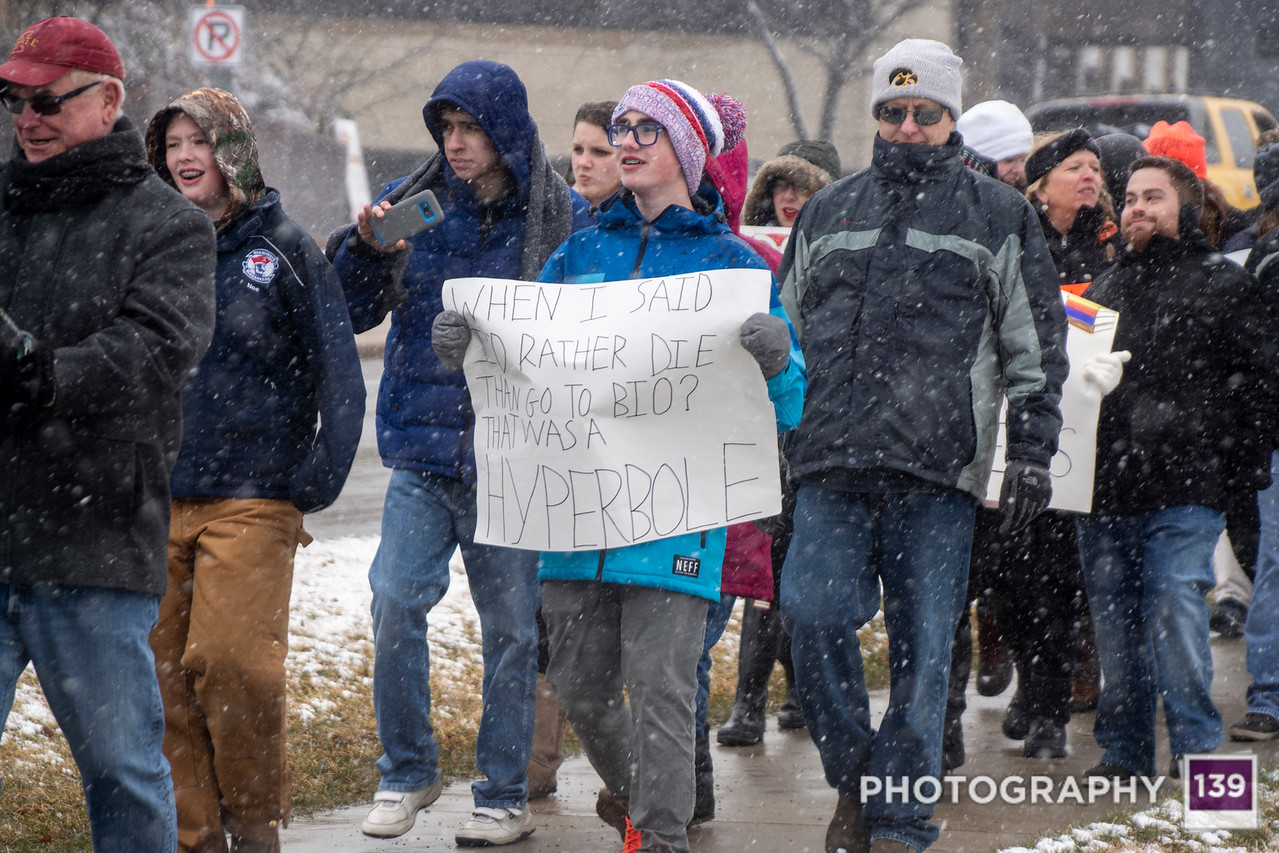 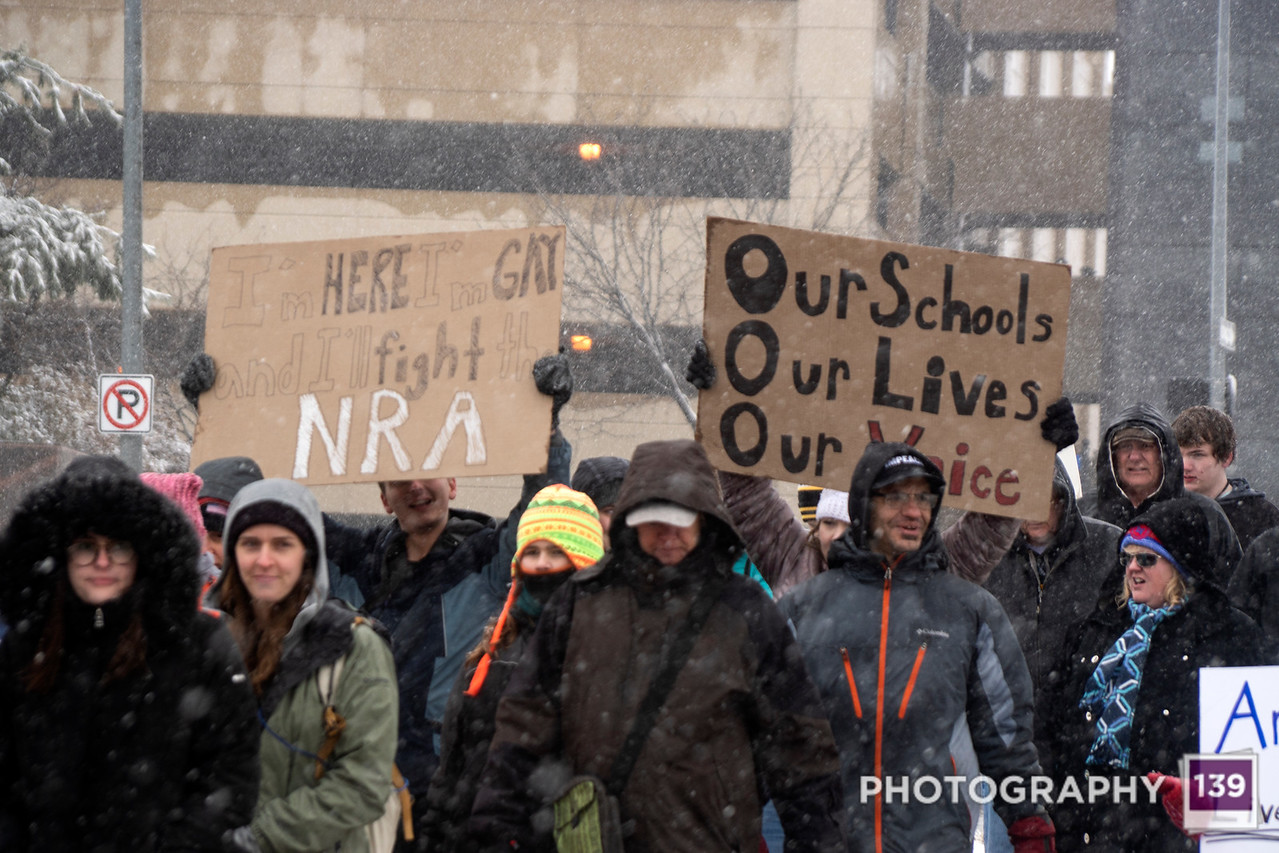 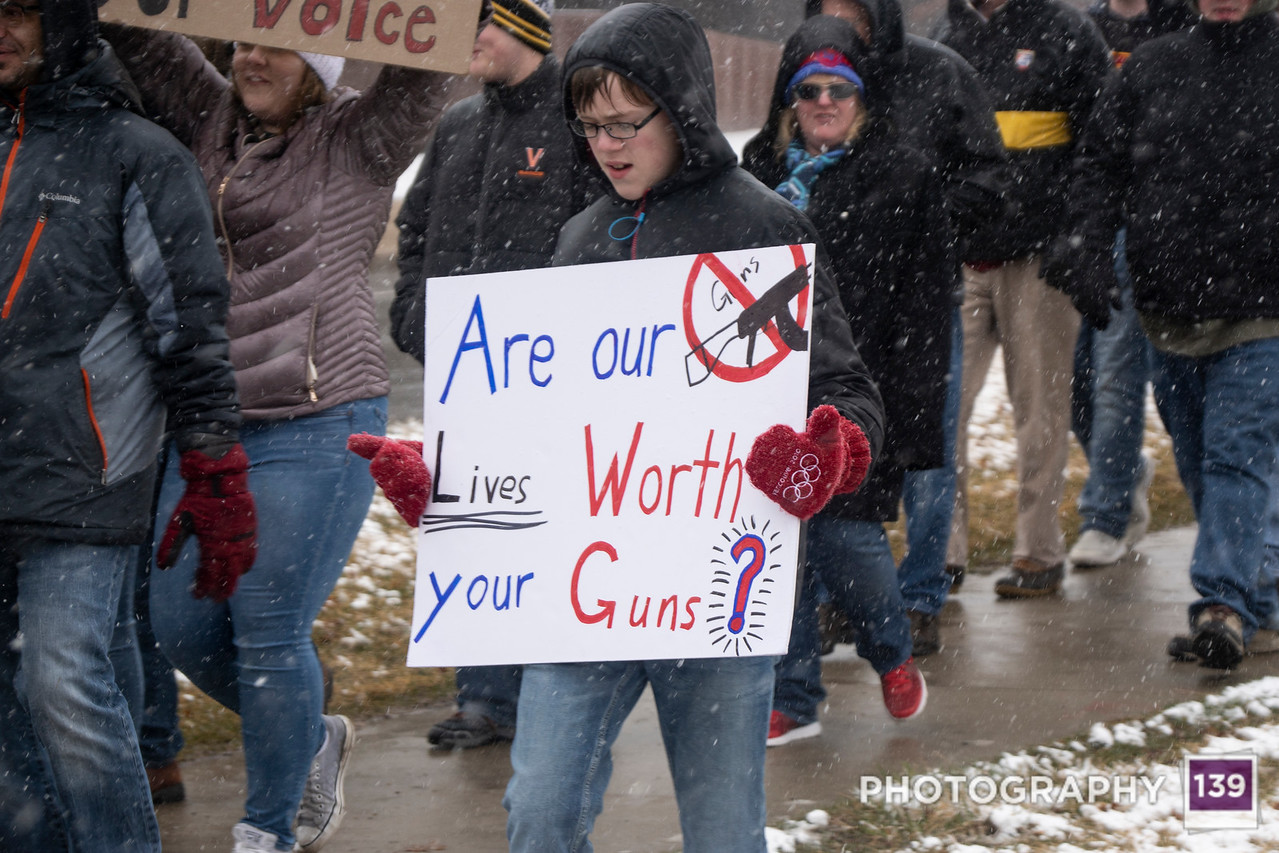 Late birthday present ideas for me: A resist fist 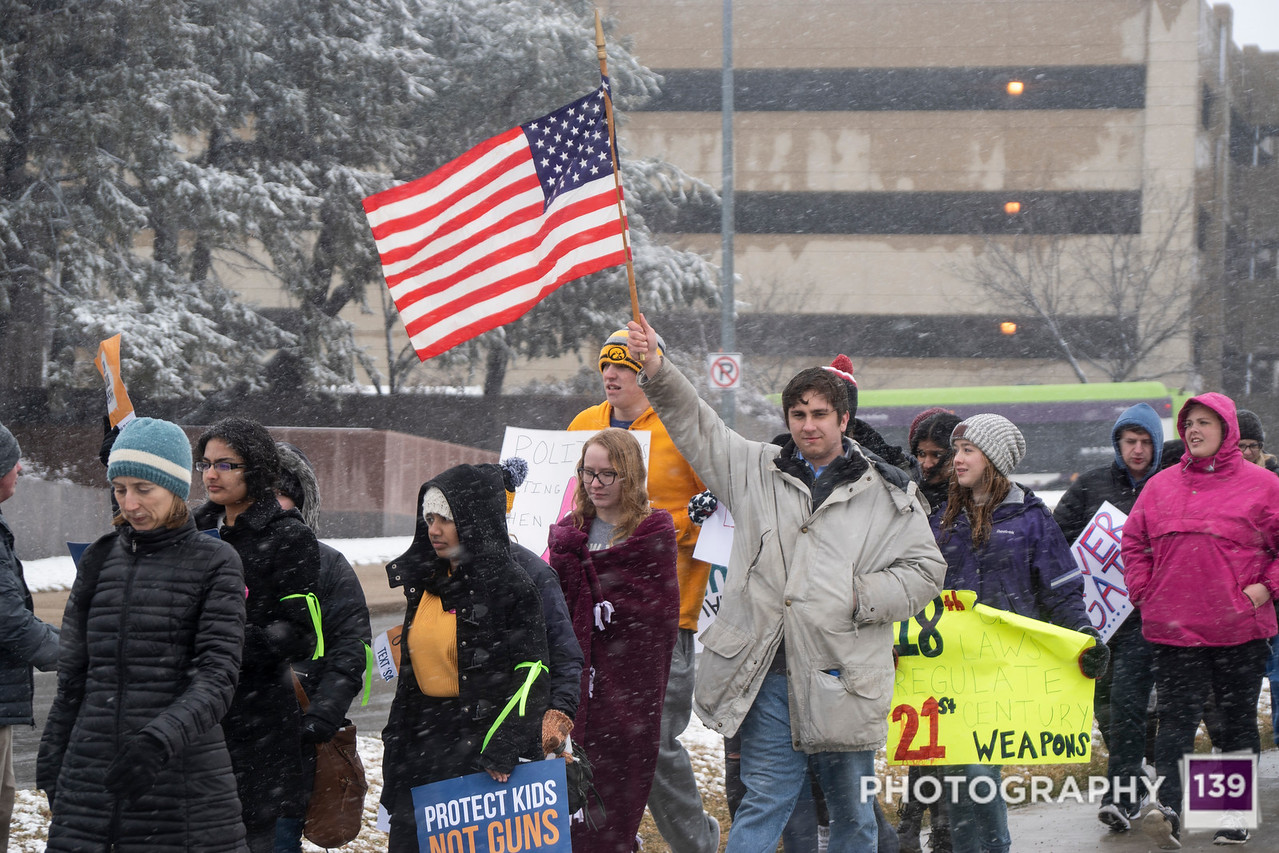 The gentleman that spoke about losing his son to gun violence had an incredible story. I wish I would’ve caught his name. He spoke about forgiving and then helping raise the kid that killed his son. He concluded his speech about how his son’s murderer (who was also his son’s friend) recently had a son of his own. That baby has a birthmark in the shape, size, and on the same part as his murdered son.

“Don’t let anybody ever tell you that miracles don’t exist.”

He concluded his speech.

The two high school girls I told you to remember, they gave the last speech before the marching started. Their speech was also very impressive. They talked about the fear and horror they felt when their school was thought to have an active shooter on campus. While it ended up being a false alarm, something clicked in them on that day and they decided to be more active in the political process.

They arranged a meeting and spoke with their U.S. Representative David Young.

Representative Young in a condescending tone, explained to them that while gun ownership was a right (a horrible misunderstanding of what is a “right”) and that voting was a privilege. Dismissing them because they were not old enough to vote.

They concluded with saying:

“Well David Young, we will be able to vote in November and it will be our PRIVILEGE to vote against you.”

Then they lead the marching.

Don’t worry, there are still plenty more March for Our Lives Rally photos in the hopper. Get pumped, or remain pumped.

3 thoughts on “USA Not NRA”