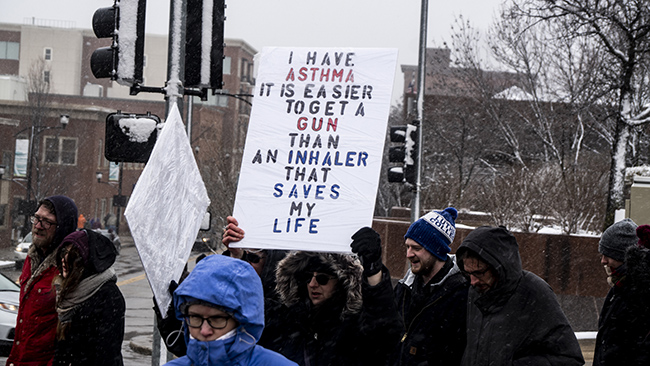 Homicides by firearm per 1 million people:

And the United States….

There have been more than 1,600 mass shootings since Sandy Hook in the United States.

On average, there is around one mass shooting for each day in the United States. (A mass shooting means 4+ victims, including shooter.)

Most gun deaths are suicides.

Guns allow people to kill themselves much more easily.

In states with more guns, more police officers are also killed on duty.

That was fun. Hopefully look at these pictures will be fun. A couple of my favorites are in there: 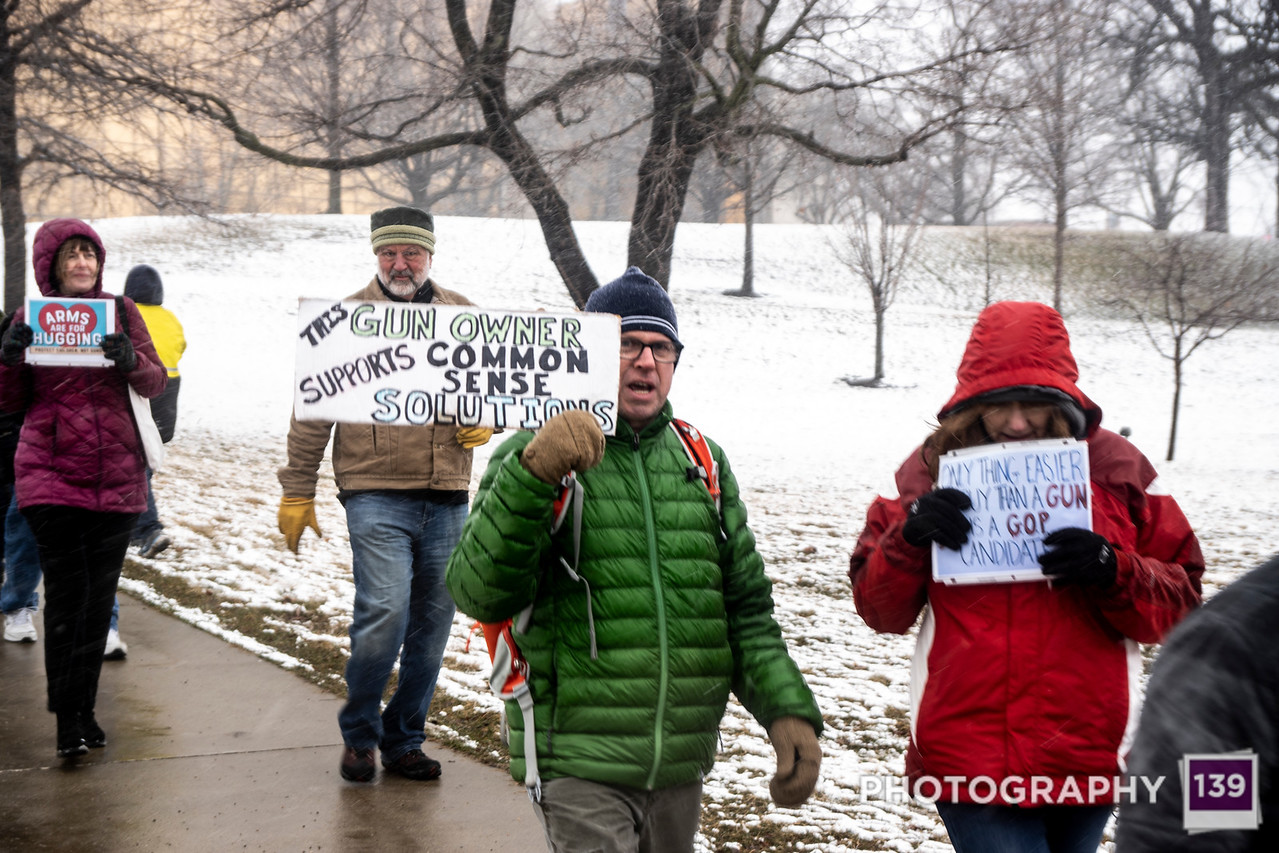 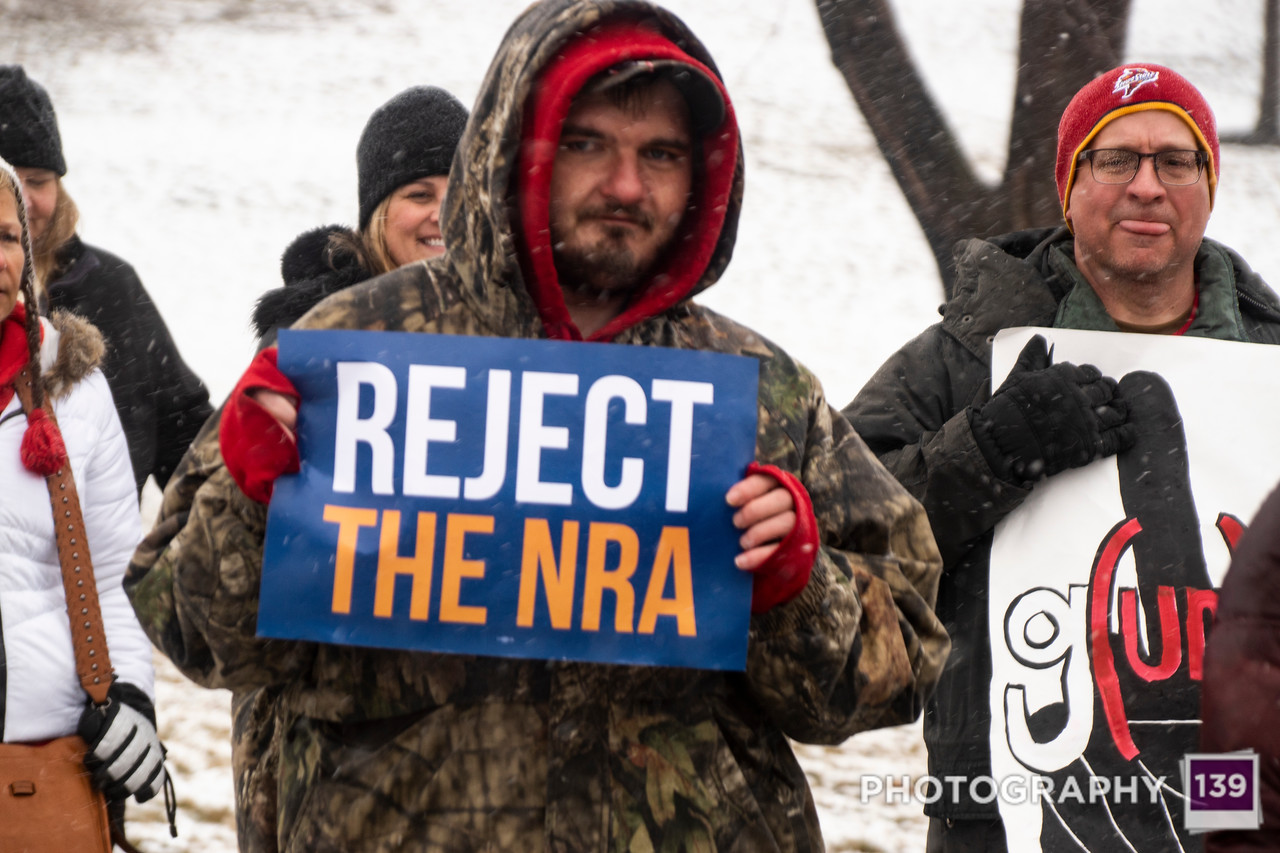 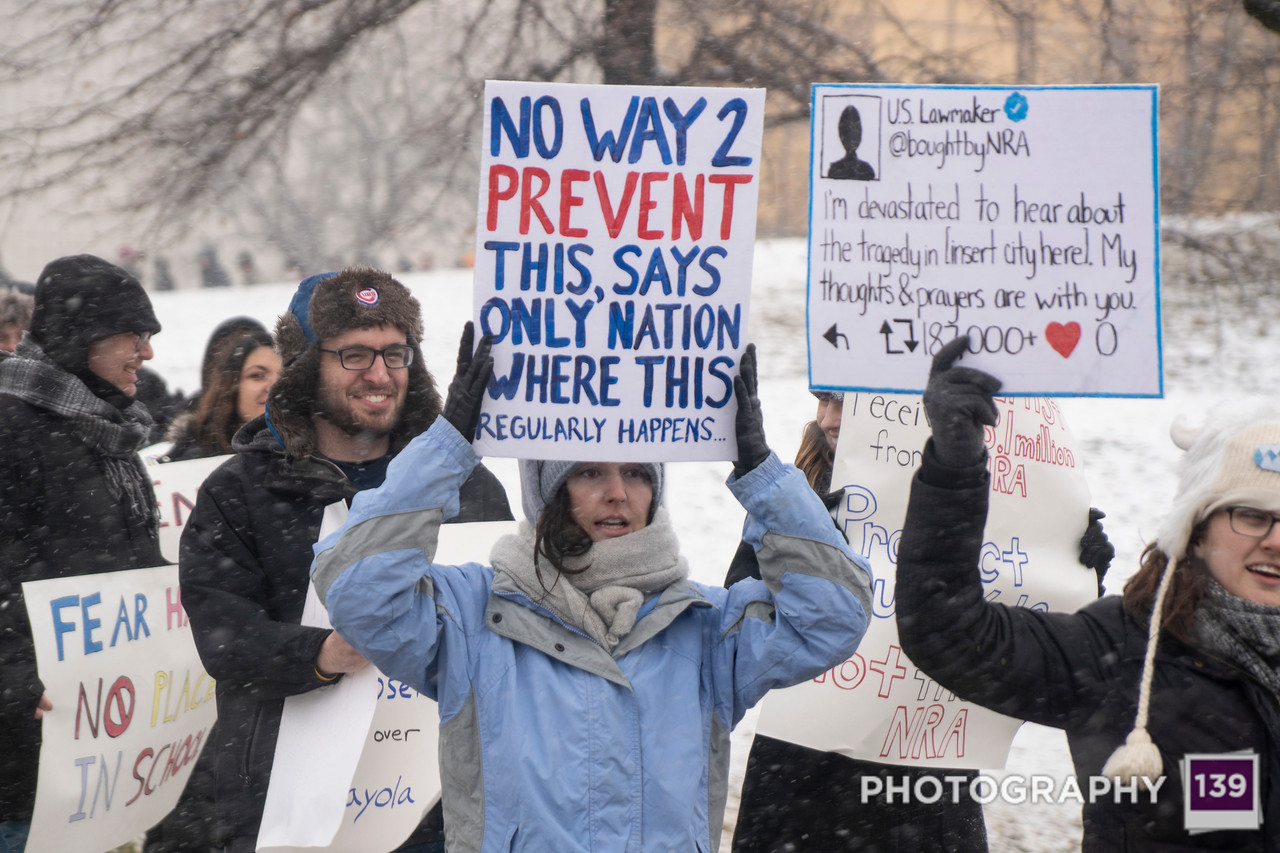 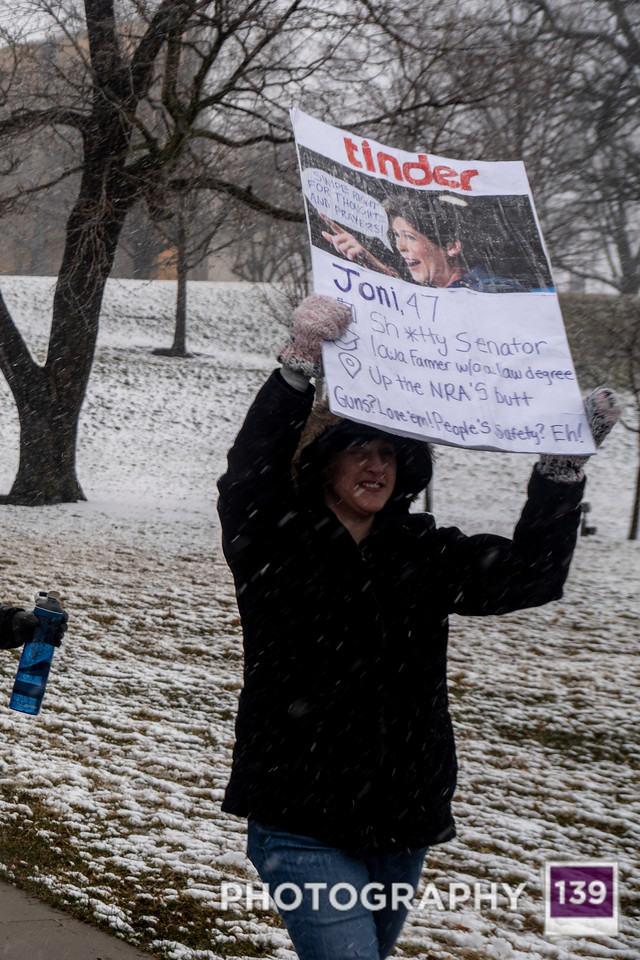 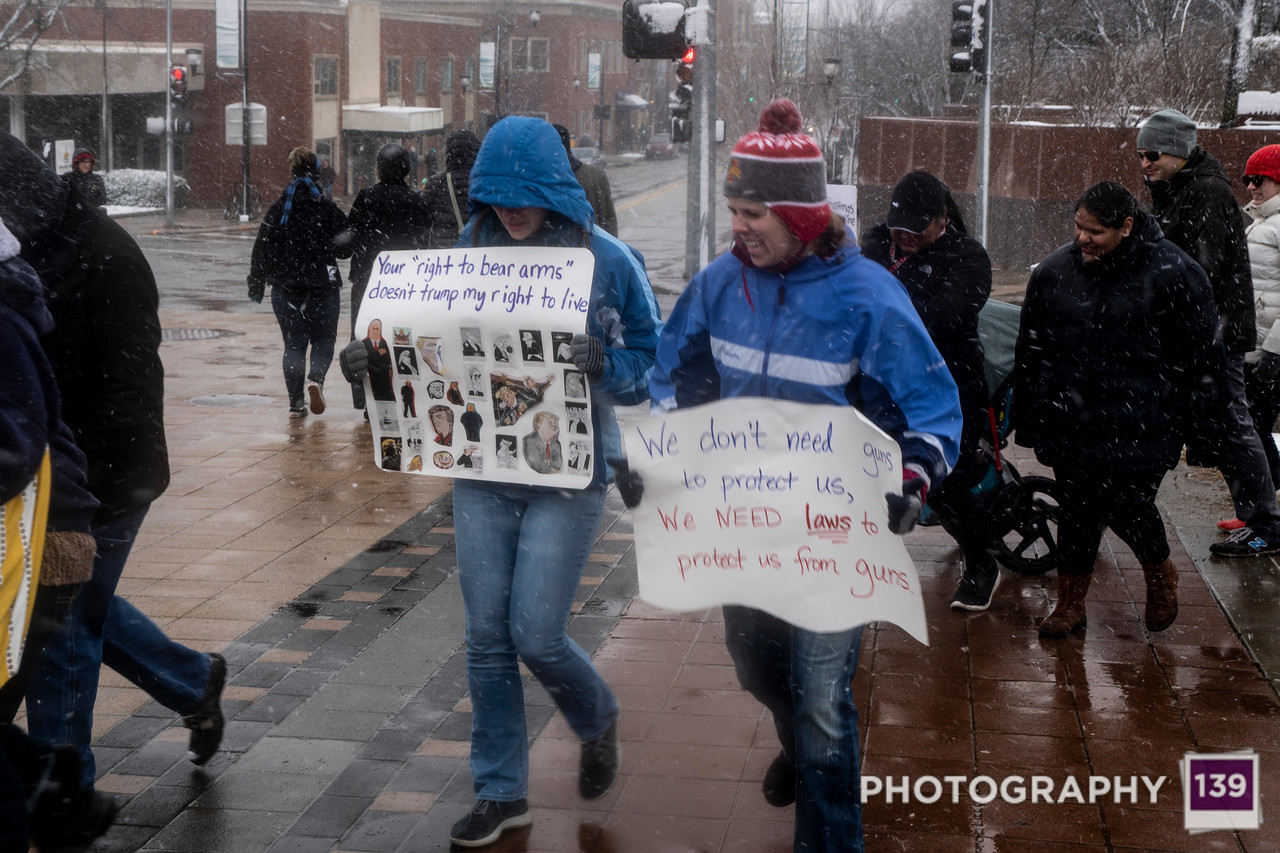 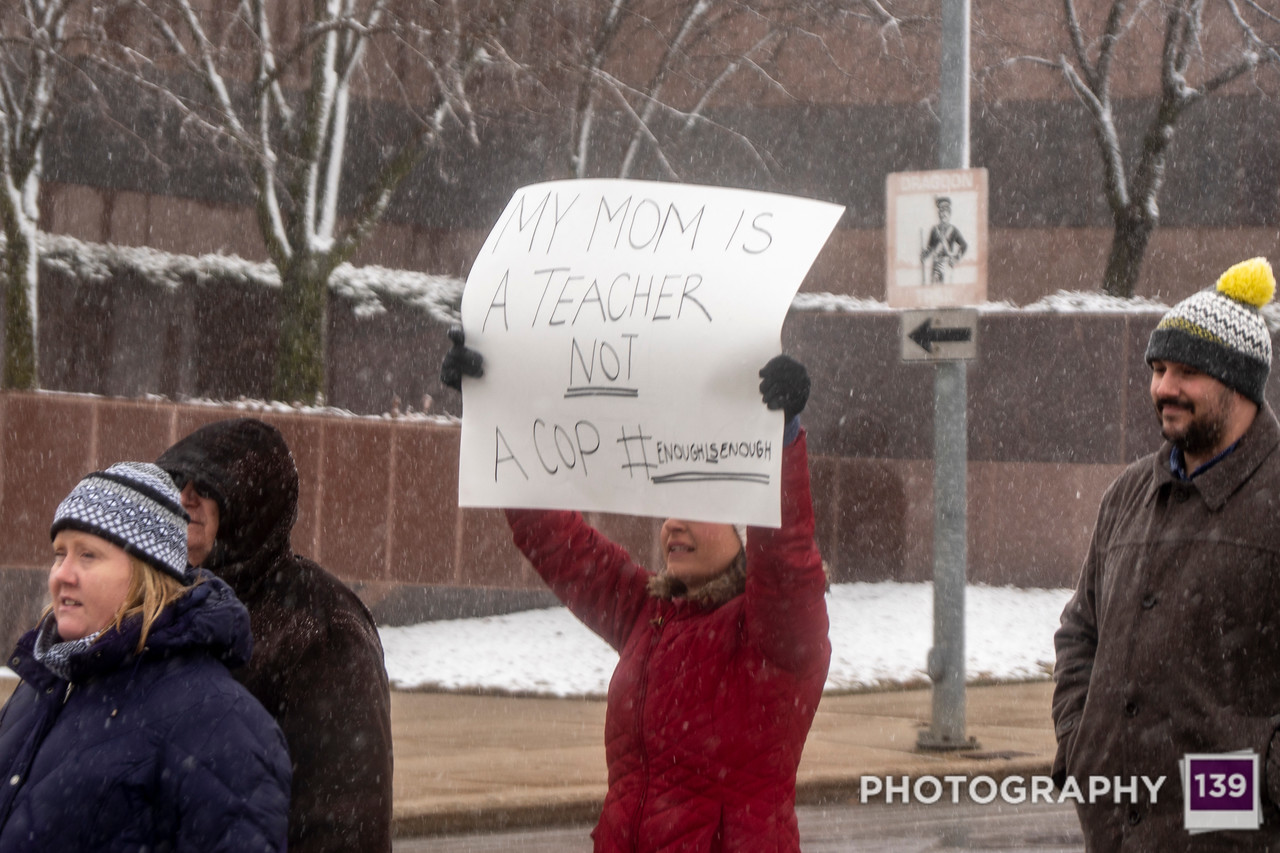 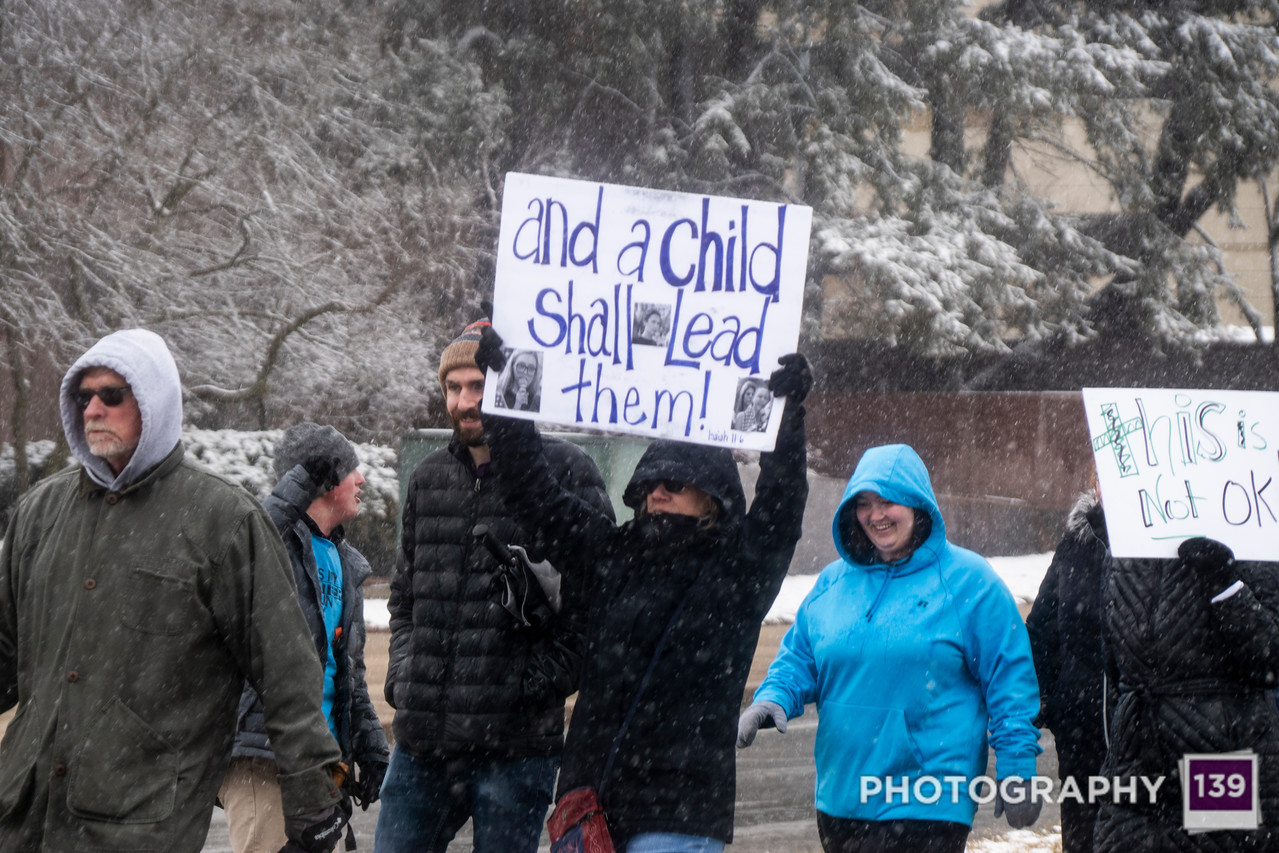 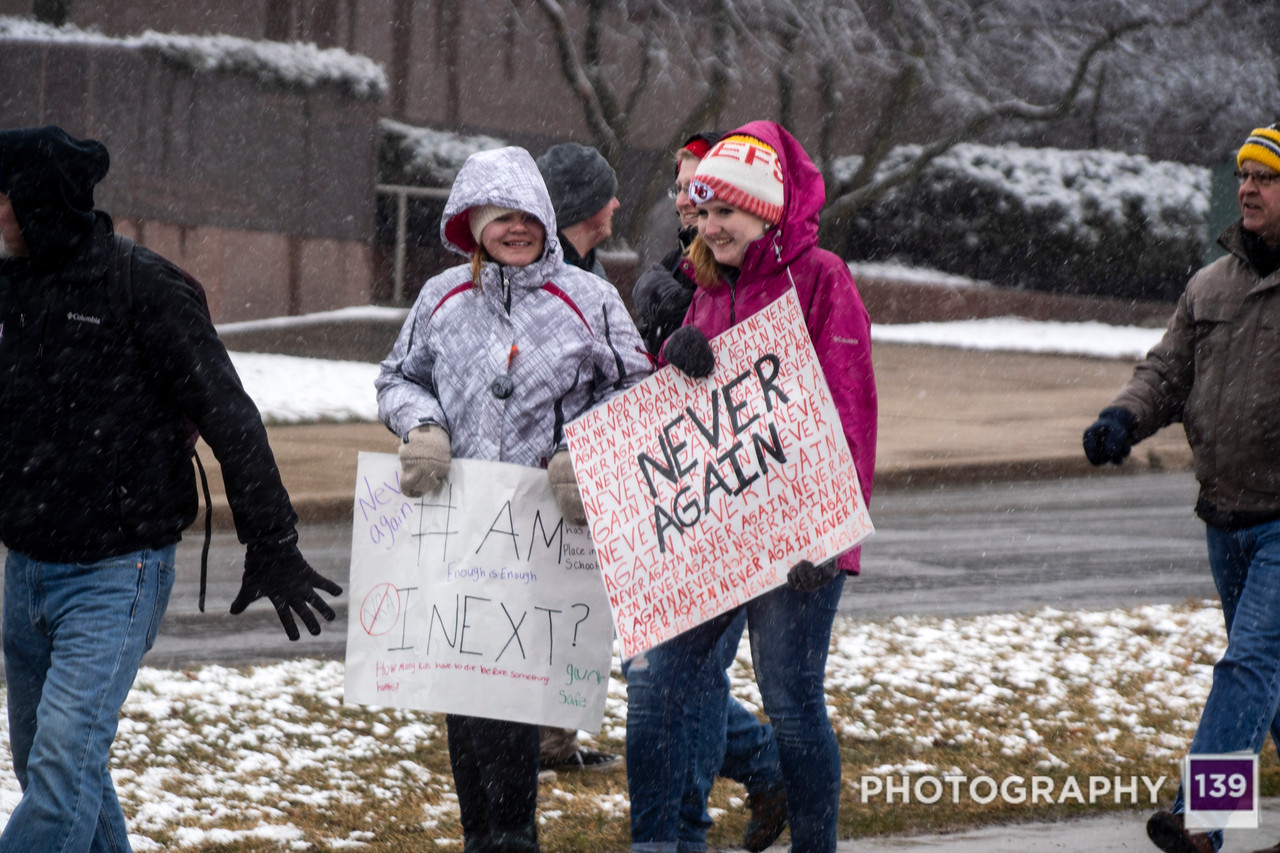 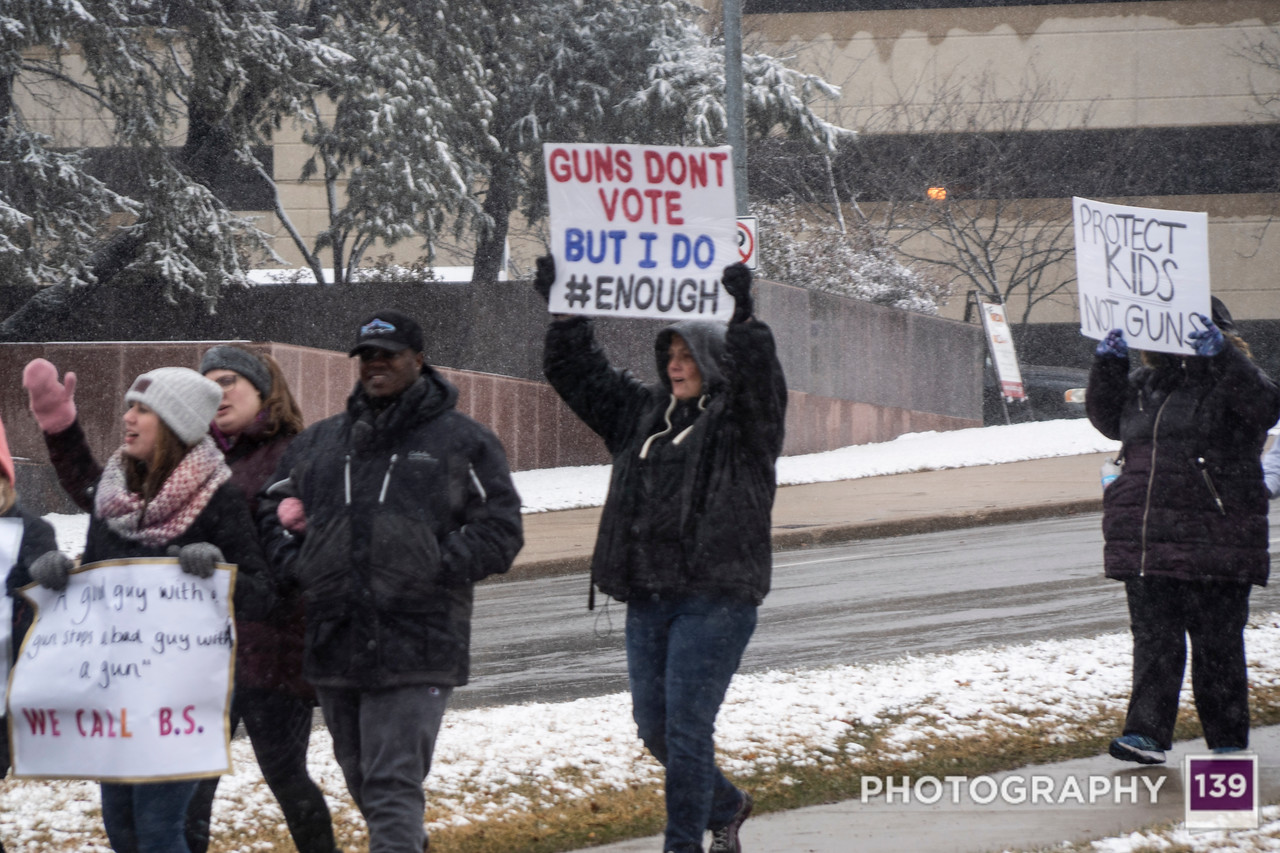 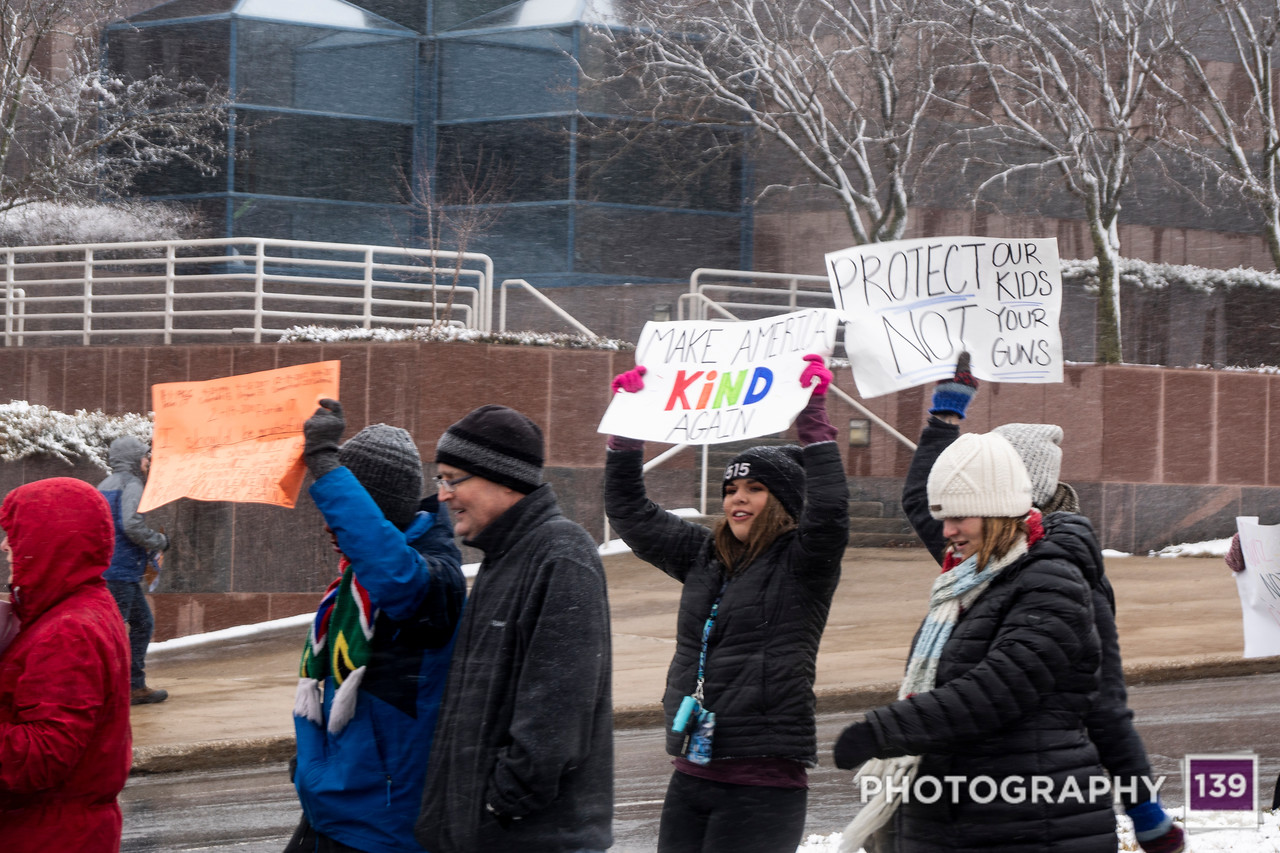 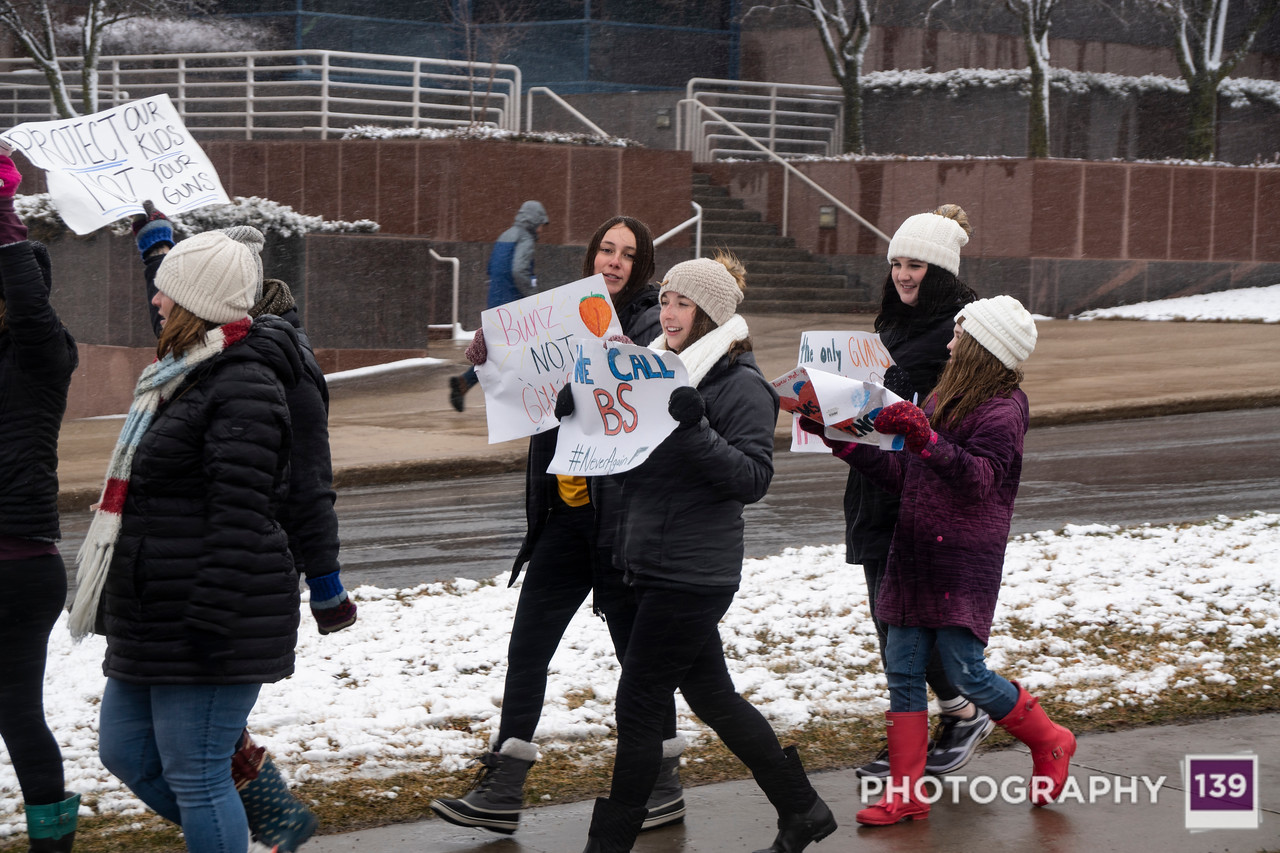 My 2 favorite pictures are the one with a woman holding a sign that reads:

“No way 2 prevent this, says only nation where this regularly happens…”

This is a reference to THE ONION. Every time there is a mass shooting they publish the exact same article with that headline. The only thing that changes is the name of the town. Sometimes comedy can really shine a harsh spotlight on some uncomfortable truth.

Next to her is a woman holding a sign of a parody tweet that we see after every single mass shooting. It reads:

I’m devastated to hear about the tragedy (insert city here). My thoughts & prayers are with you.”

The number one response that absolutely despise after a mass shooting is the person that says:

“It is too early to politicize this.”

It is too early to discuss policy that could prevent mass shootings to happen, but don’t worry, I’ll let you know when it is okay.

Cause let me tell you something, if I were to be killed in a mass shooting. There is no mourning period for you to ask, “What could we have done to prevent Chris from being mowed down at that Waffle House he loves so much next to that seedy motel in Kansas City.”

That doesn’t go just for guns.

If I die because the government is allowing big corporations to dump harmful chemicals into our drinking water. Wait no time to discuss what policy could enact to prevent another person from dying in the same manner.

But thankfully, I think the “too soon, but it is always too soon” people have mostly dried up.

However, the other one that I have begun to despise is the “thoughts and prayers tweet” from some congressman that is lining his pockets with NRA/Russian money.

I’m not against thoughts or prayers. As a man of faith, I believe strongly in the power of prayer.

However, maybe the standard prayer for lawmakers shouldn’t be:

“Dear God, I hope these people that just got mowed down will make it upstairs. Please bring comfort to their devastated friends and family. Make sure this NRA check doesn’t bounce. I know it is harder for Russia to funnel money to them these days. Amen.”

Most of that prayer is solid. We all know how inconvenient a bounced check can be. But perhaps next time they could add a line about being granted the wisdom to come up with policy that will help prevent such tragedies in the future.

I don’t pretend to speak for God, but I’ m willing to guess God’s answer won’t be: “Blame video games.”

“I have asthma. It is easier to get a gun than an inhaler that saves my life.”

I know I have posted a ton on the March for Our Lives Rally. The reason isn’t just that I support some basic common sense gun control policies. I mean it is ridiculous that the CDC is banned from doing research on gun violence. The Dickey Amendment is a cruel joke that needs to be repealed.

The reason isn’t that seeing so many from the younger generation out and motivated and educated and trying to make a difference in the realities of their existence gives me lots of hope for our future.

Gun control isn’t the issue that I’m really passionate about.

The 2 issues that really move the needle for me are social justice and health care.

The sign sticks with me because I know it is true and I have been there before. It is a place nobody should be. Not even in the poorest countries in the world.

But I digress. There is one more bout of pictures from the March for Our Lives Rally in the hopper.

One thought on “Other Countries Are Laughing at Us”