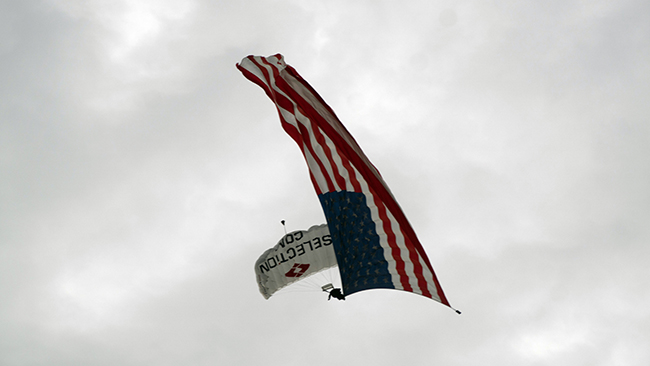 Iowa State was slated to play the Jackrabbits from South Dakota State (a school with a certain amount of campanile envy) at 7 PM in Jack Trice Stadium. There was a little bit of rain as the game started, but nothing to be worried about.

Iowa State kicked off to South Dakota State. South Dakota got one 1st Down and then the Cyclone defense tightened and forced a punt.

Iowa State got the ball and their first 2 plays lost 2 yards. On 3rd and 12, Kyle Kempt found Hakeem Butler across the middle for a big gain. A couple plays later, Deshaunte Jones grabbed a Kempt pass, slipped and almost fell down*. Regained his balance. Made a couple Jackrabbits look foolish. Scampered down the sideline, with a burst of speed, and then nonchalantly walked into the end zone 55 yards later for a 7 point Cyclone lead.

Then lightning struck within 8 miles of The Jack and the game went into a weather delay. It never came out of the weather delay. The game ended up being cancelled.

I did take quite a few pictures of warm ups, since it was a night game, I knew that the lighting would prevent decent pictures much past the 1st quarter. Here are some of those pictures: 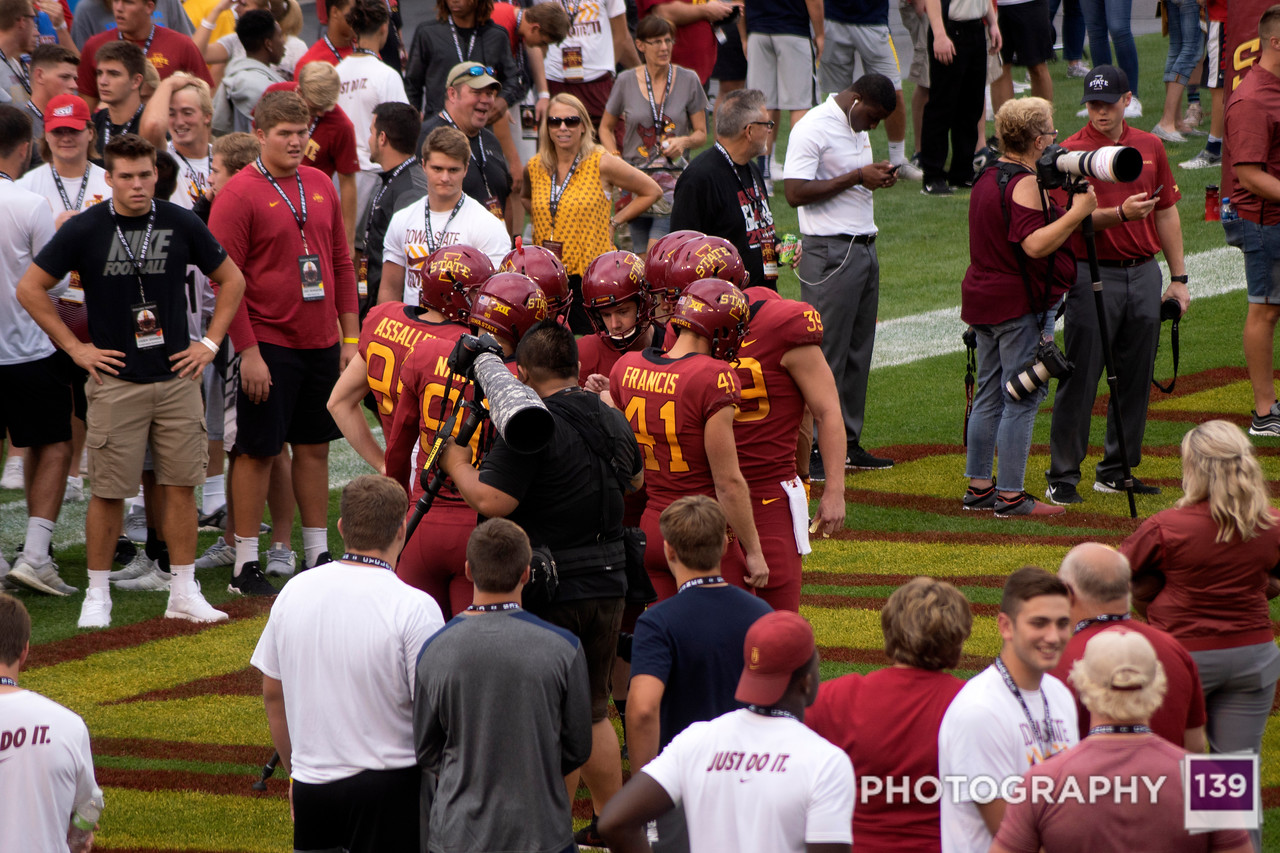 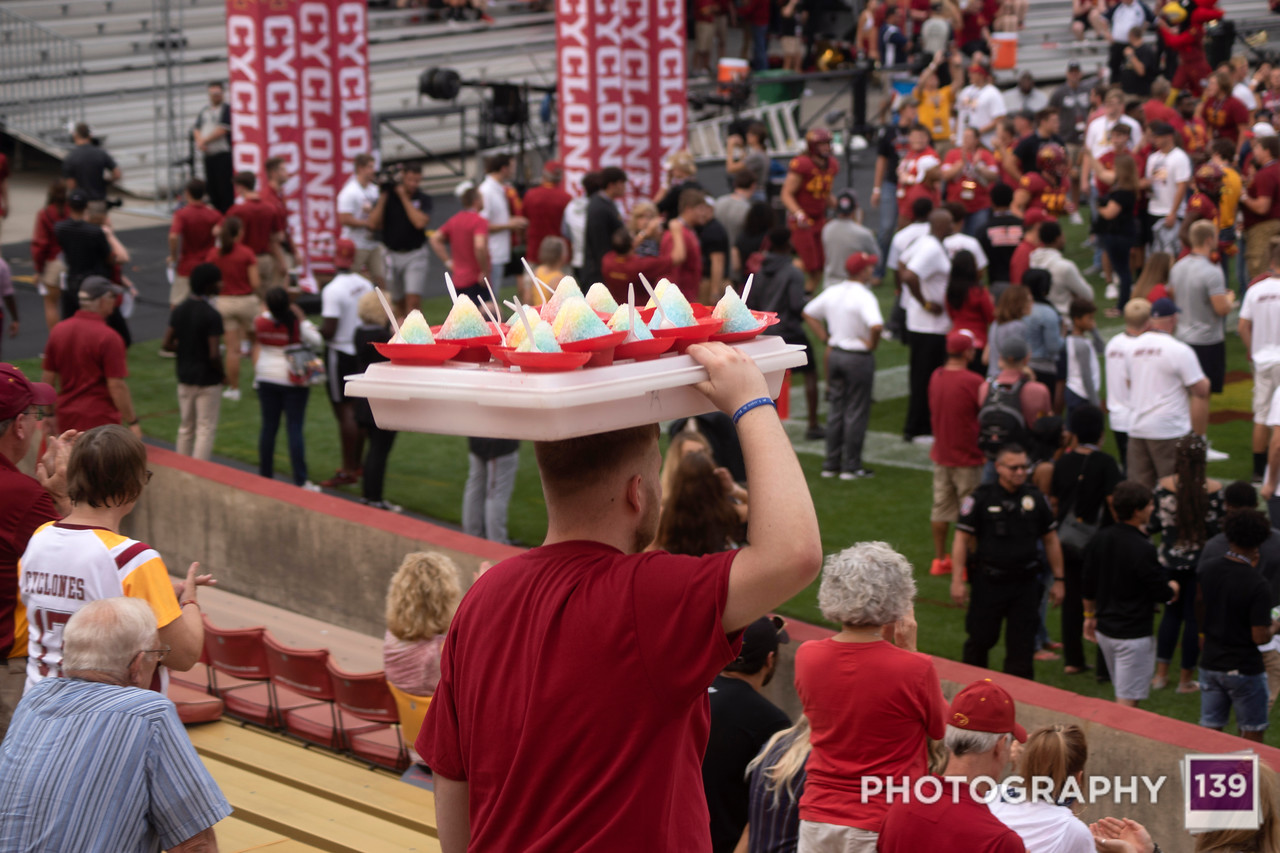 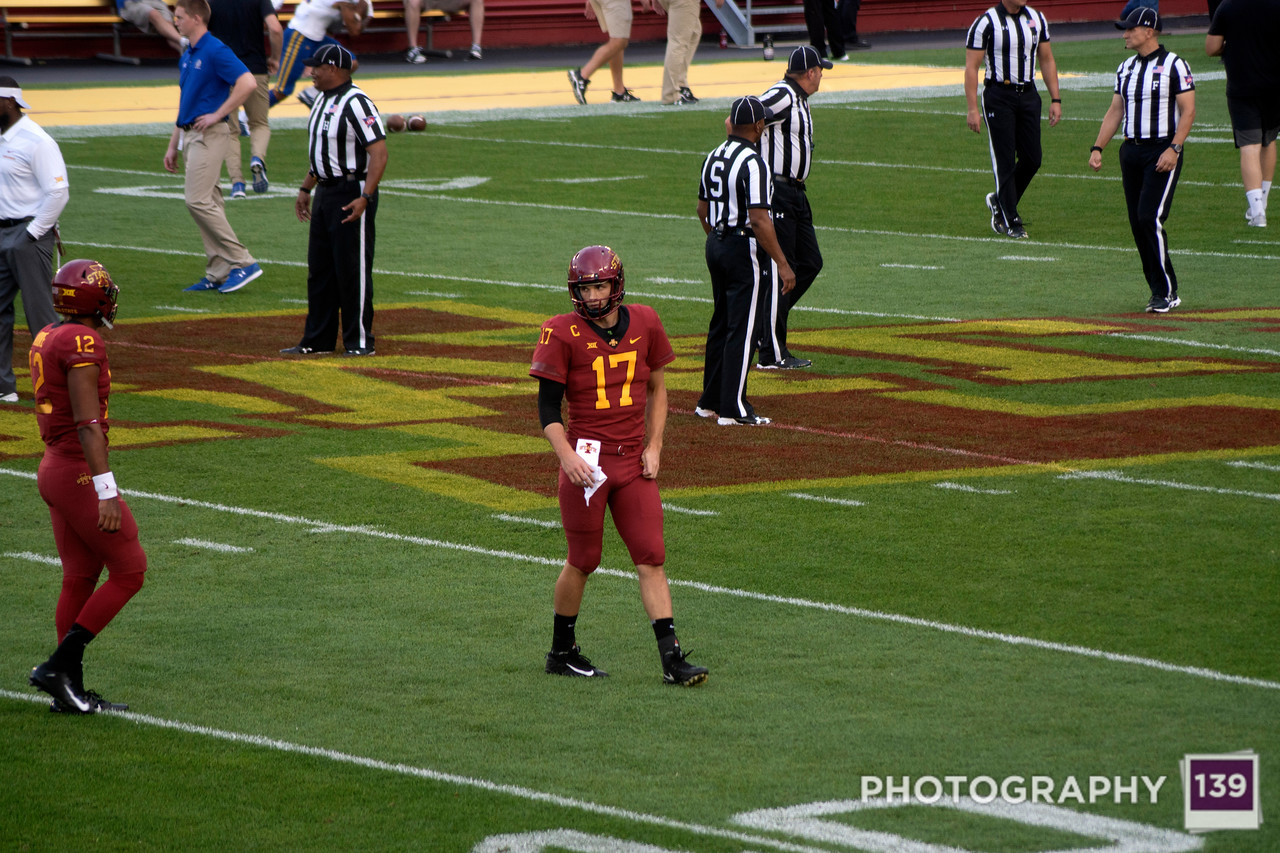 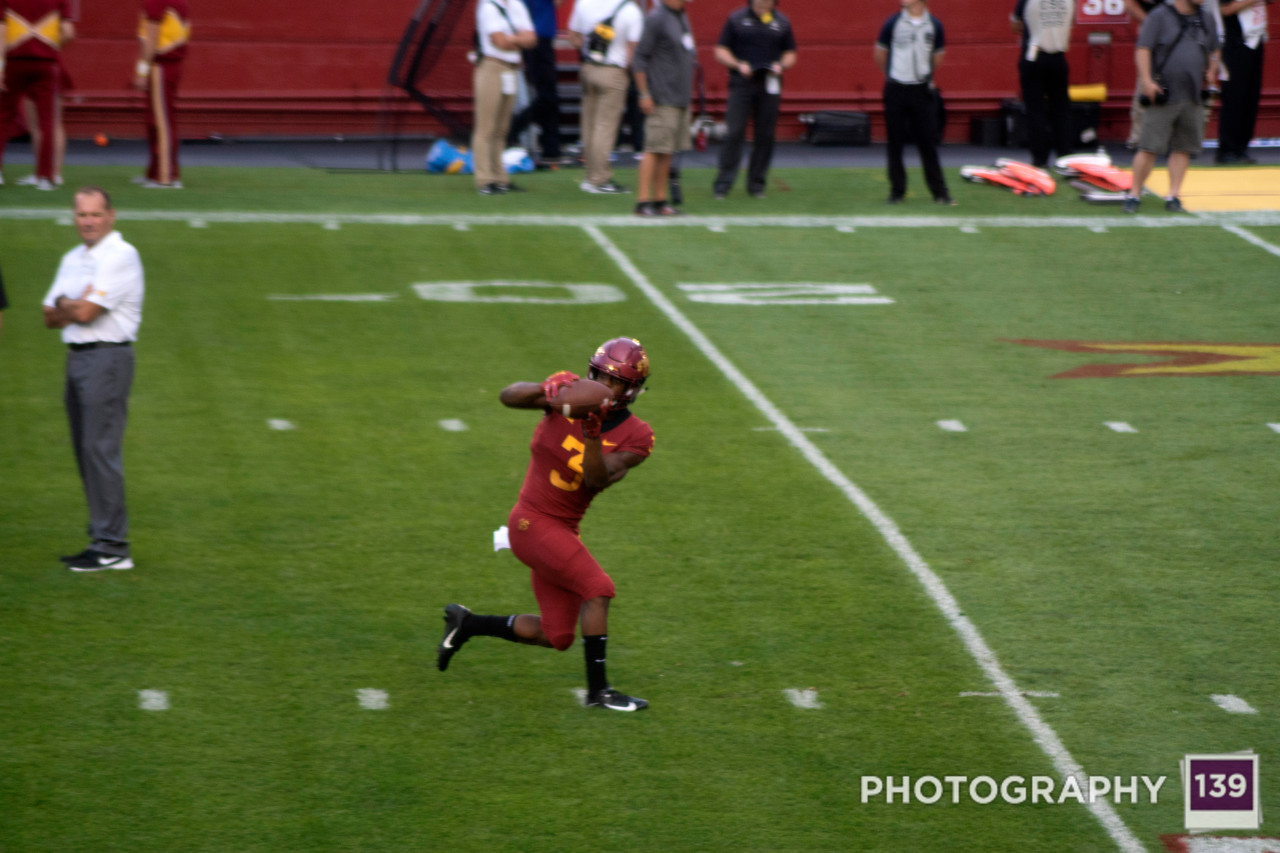 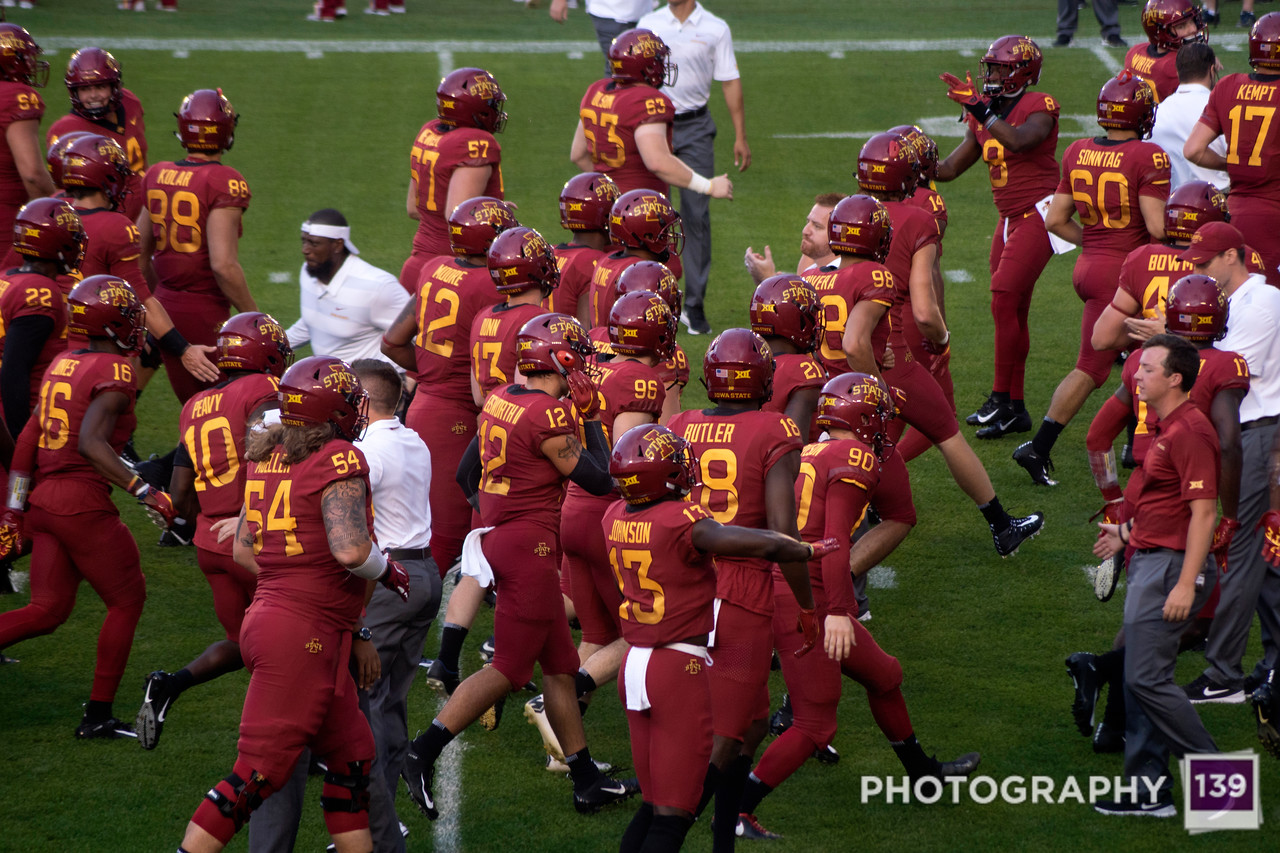 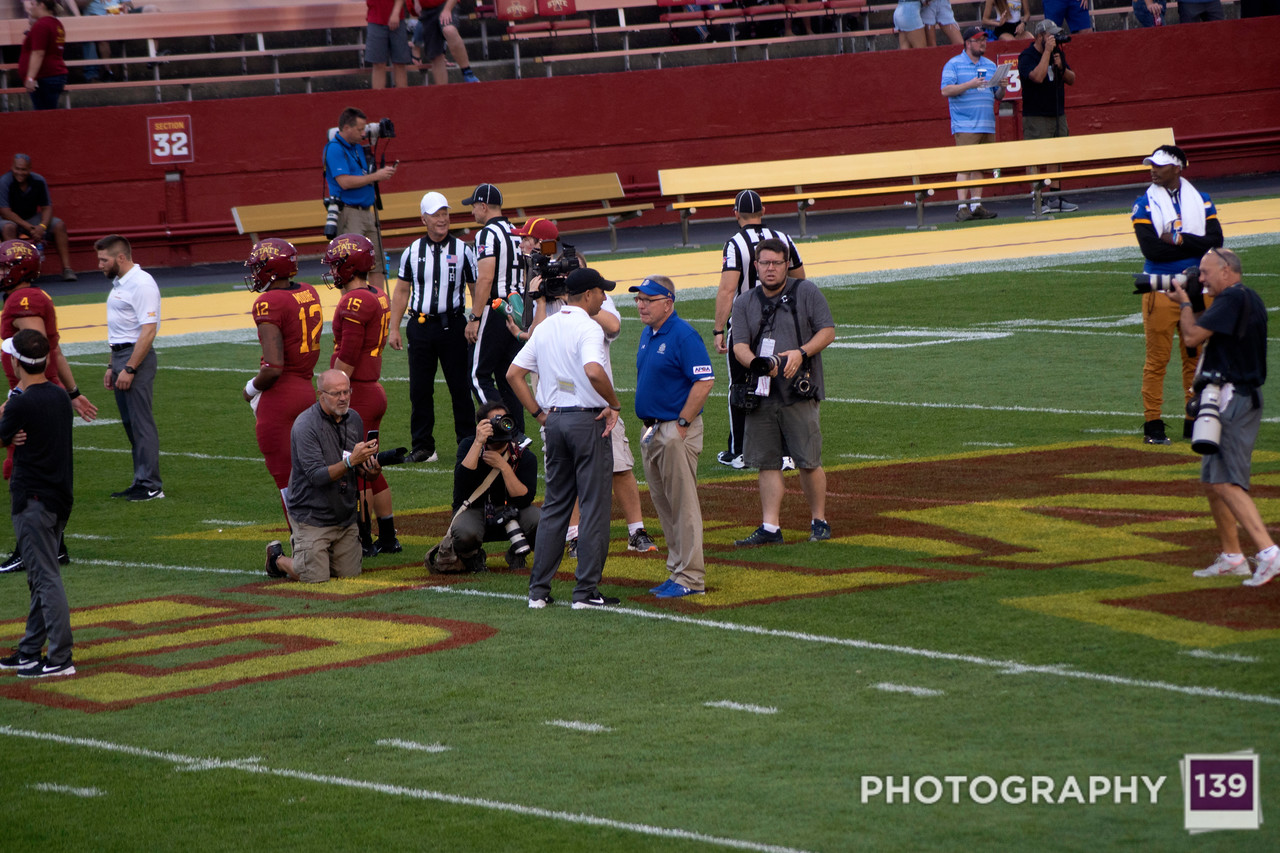 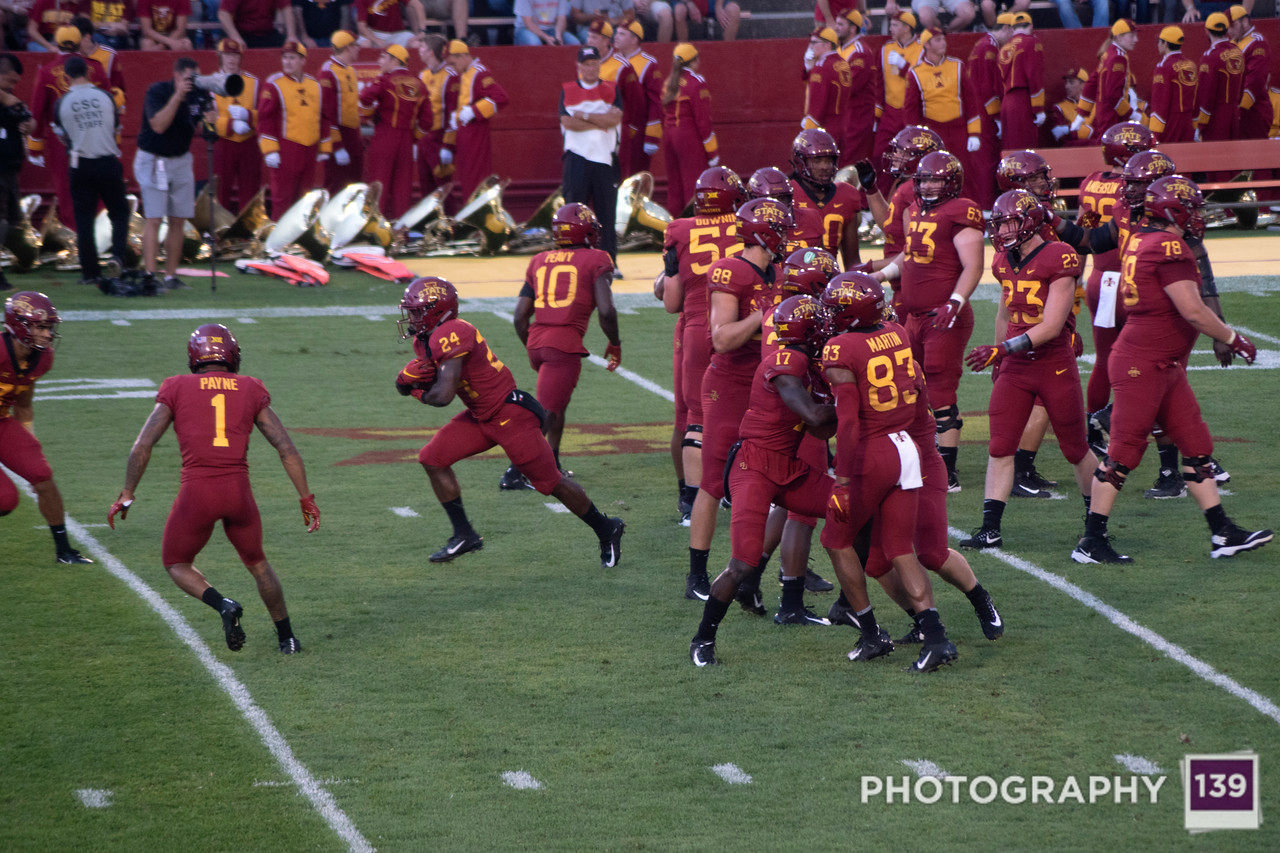 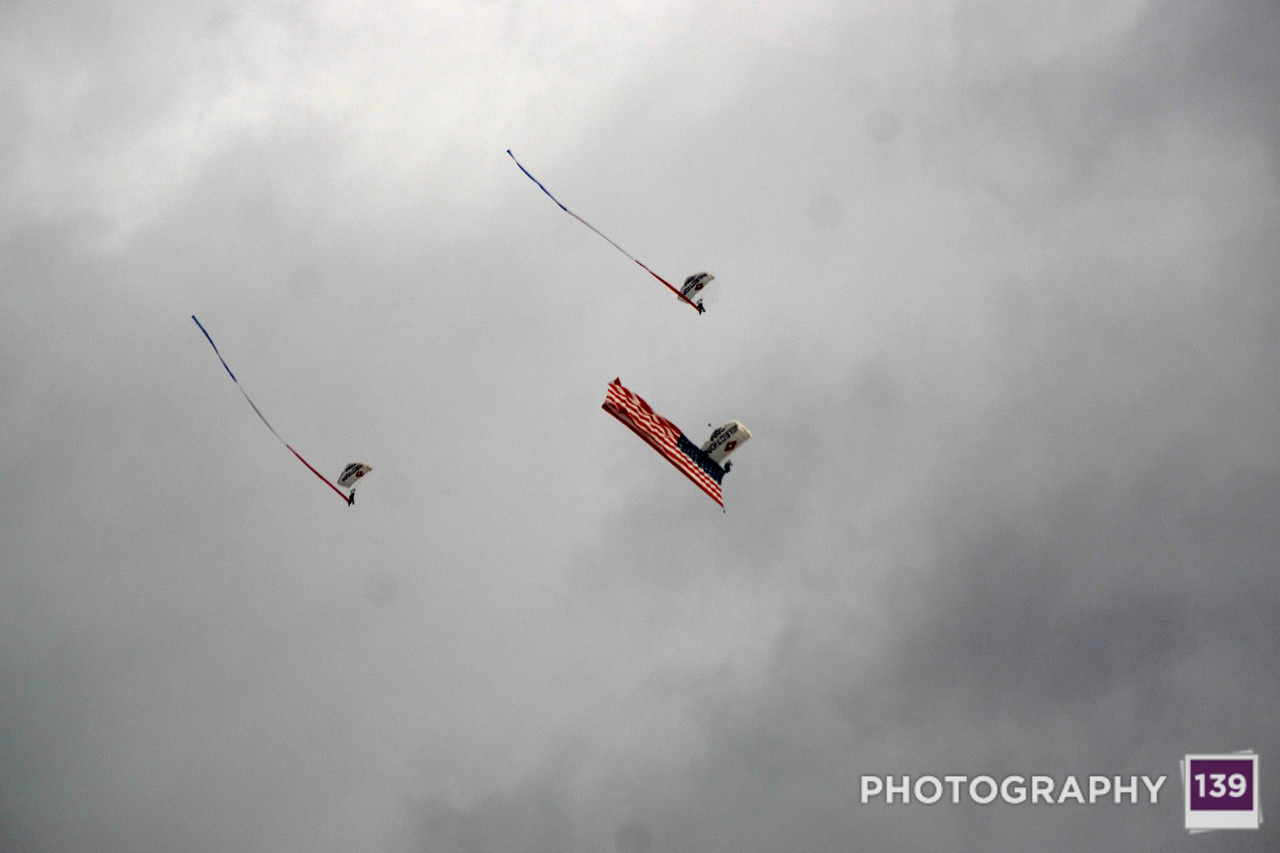 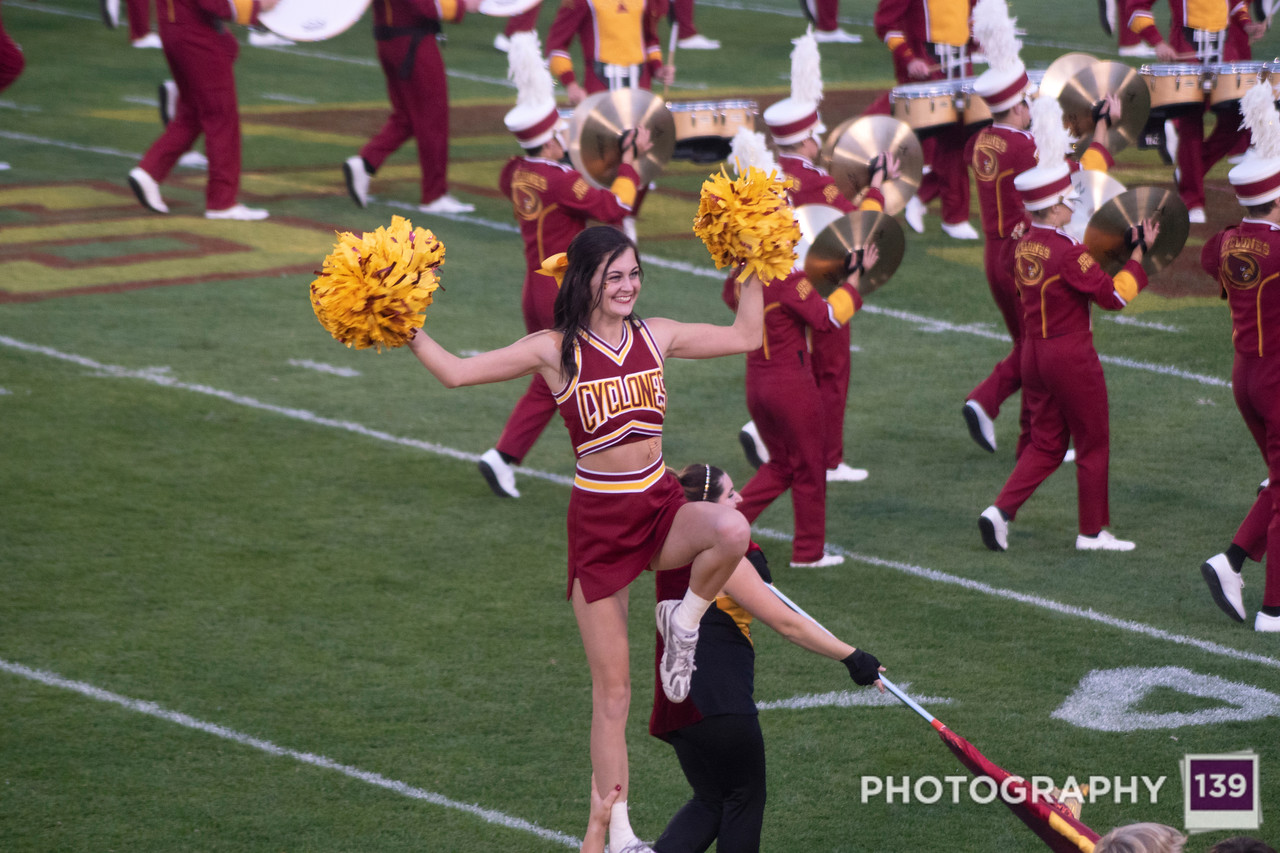 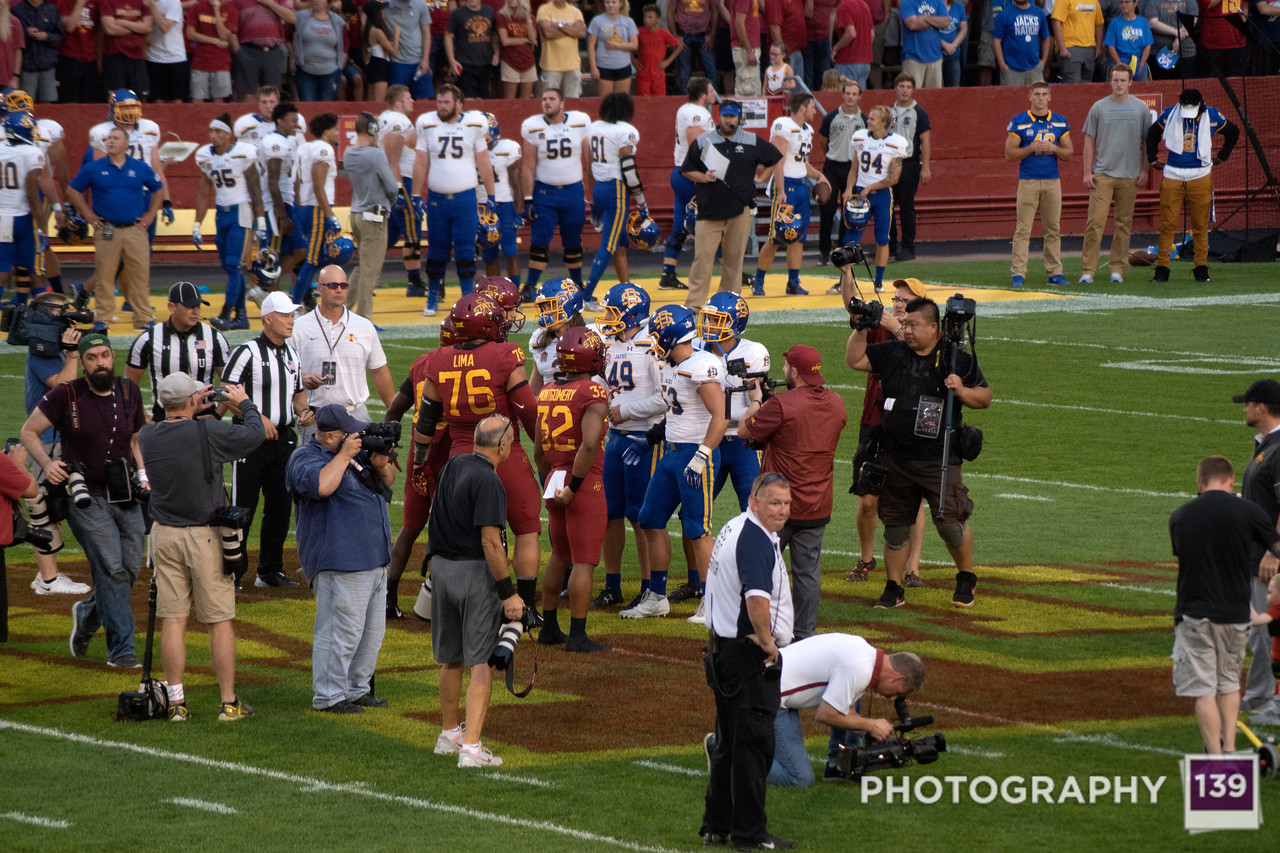 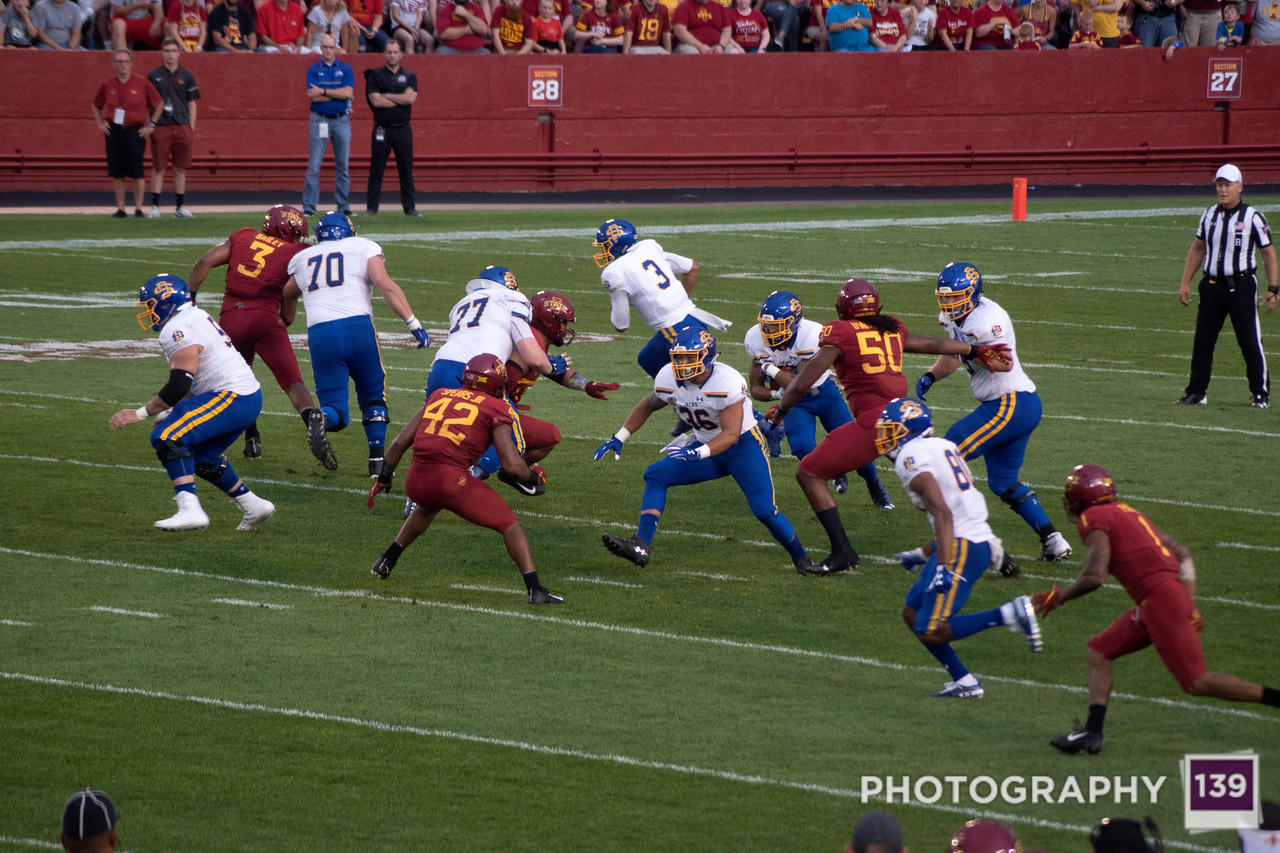 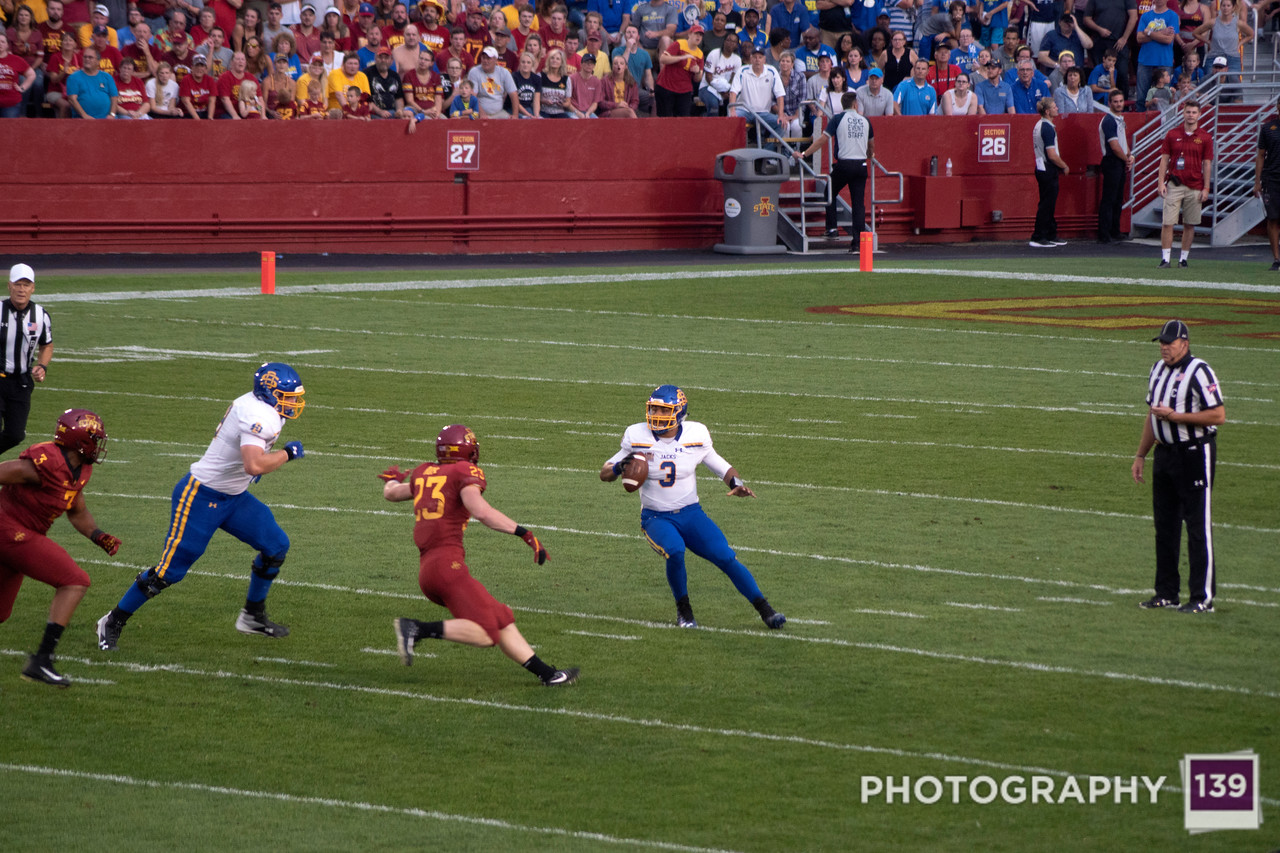 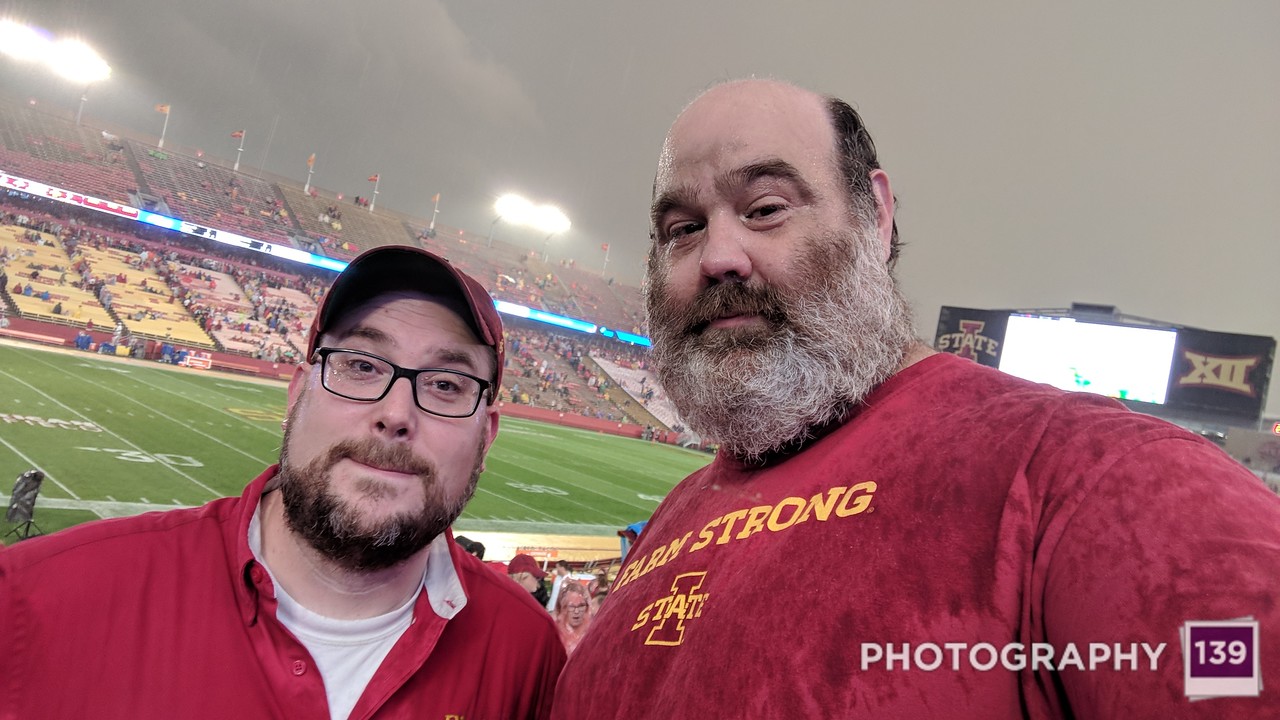 Hopefully Iowa State is able to schedule another game to replace the one that got cancelled. I’m guessing that is a long shot however.

I guess the team with have to rally and get ready this week for Iowa. I have faith in them!

*CORRECTION: From my vantage point, I thought that he had slipped and almost fell down, but after having seen the play on the tele, it is clear, that he actually just made a sweet move and made a Jackrabbit wish he hadn’t got off the bus.

2 thoughts on “The Game that Never Happened”