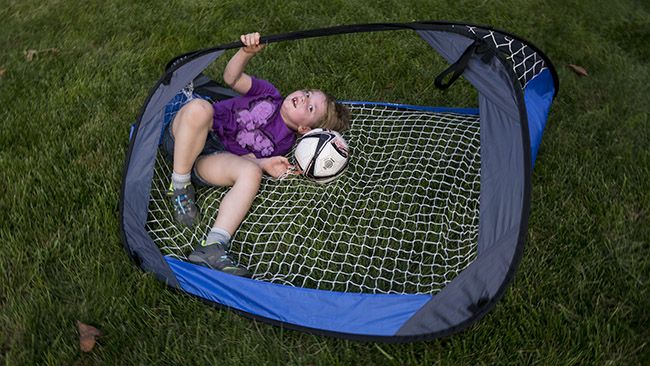 A couple months back I stopped at Derrick and Jen’s house for reasons that currently escape me.

While I was there, Evie and Layla asked me if I wanted to watch their next soccer game. I said sure, thinking that they were in some kind of organized soccer league where I would stand on the sidelines and watch them run up and down a field for an hour.

I’m no fan of soccer, or as it is known around my parts, boringball, but I would be willing to endure watching a game of boringball if it involved Evie and Layla. My cutoff is dance recitals. I did more than my fair share of time in the dance recital circuit for my sisters. I can never go back!

However, it turned out that what they really wanted was for me to go outside and play a rousing match on the pitch that is their backyard. Despite it being against my very being, I went out there and kicked a ball around with them and Derrick.

Here are a few pictures: 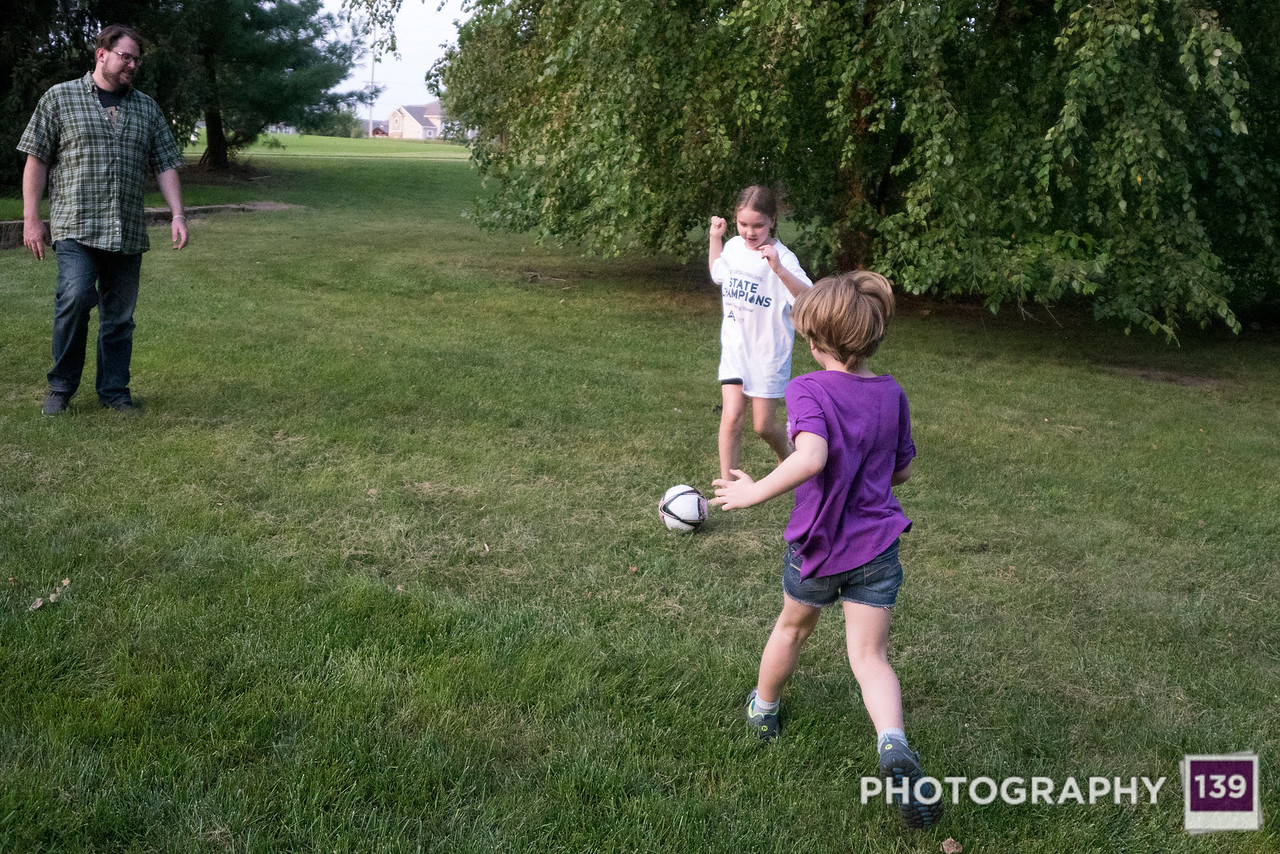 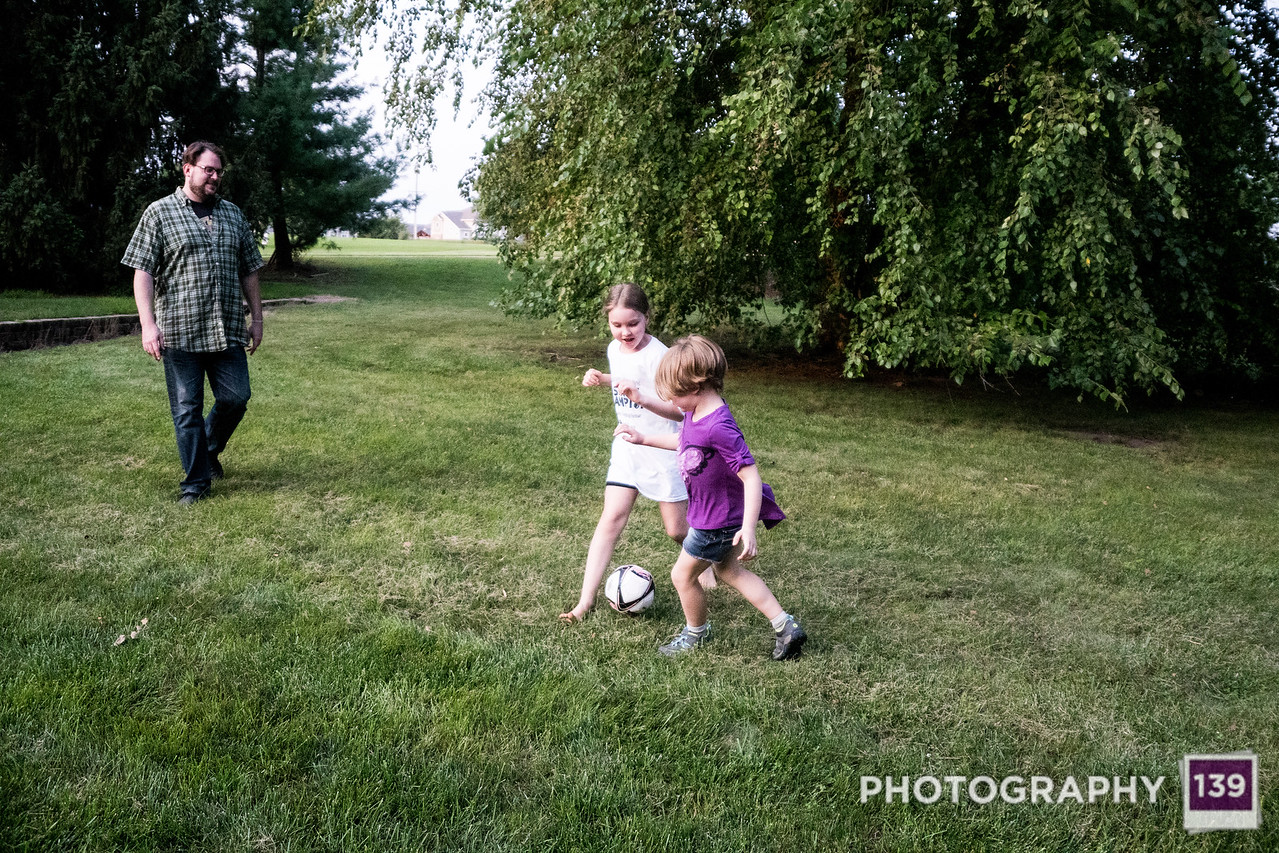 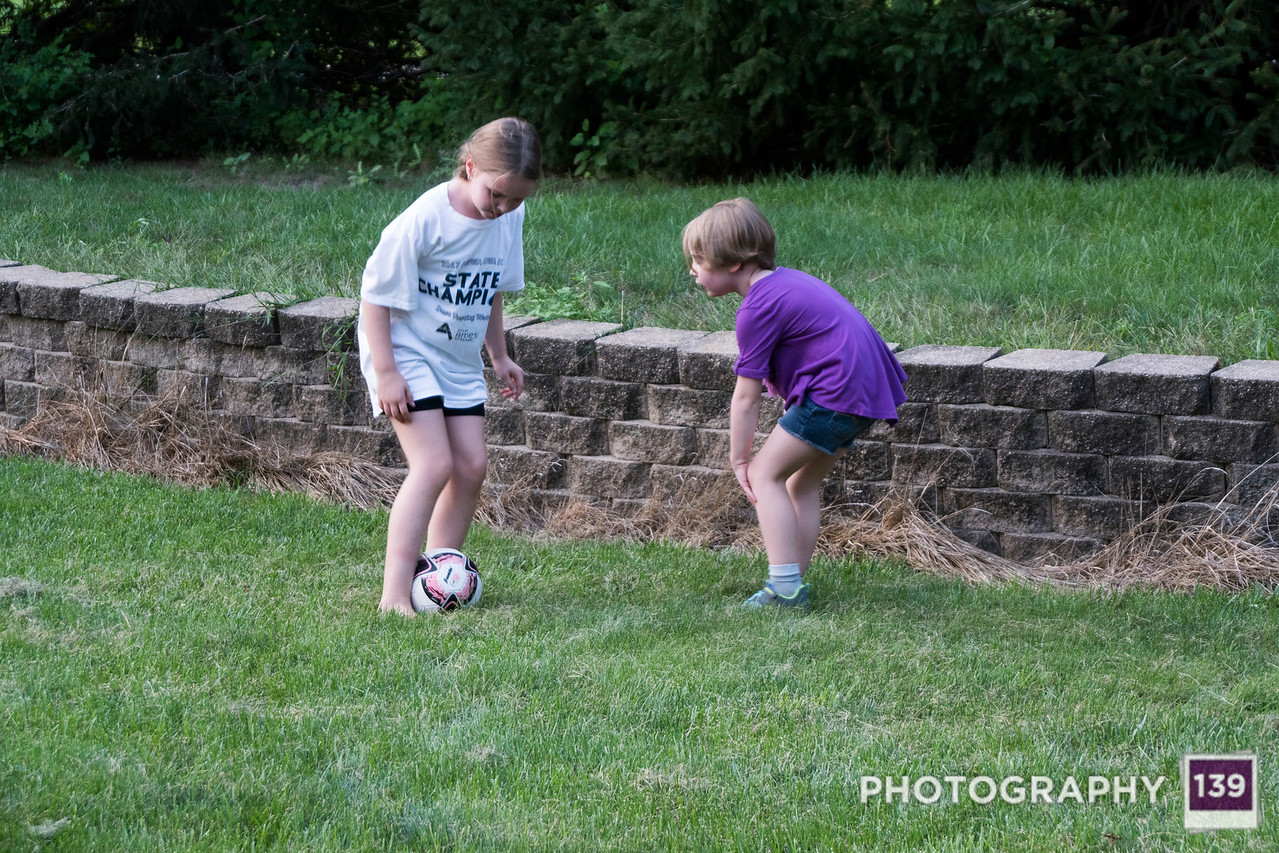 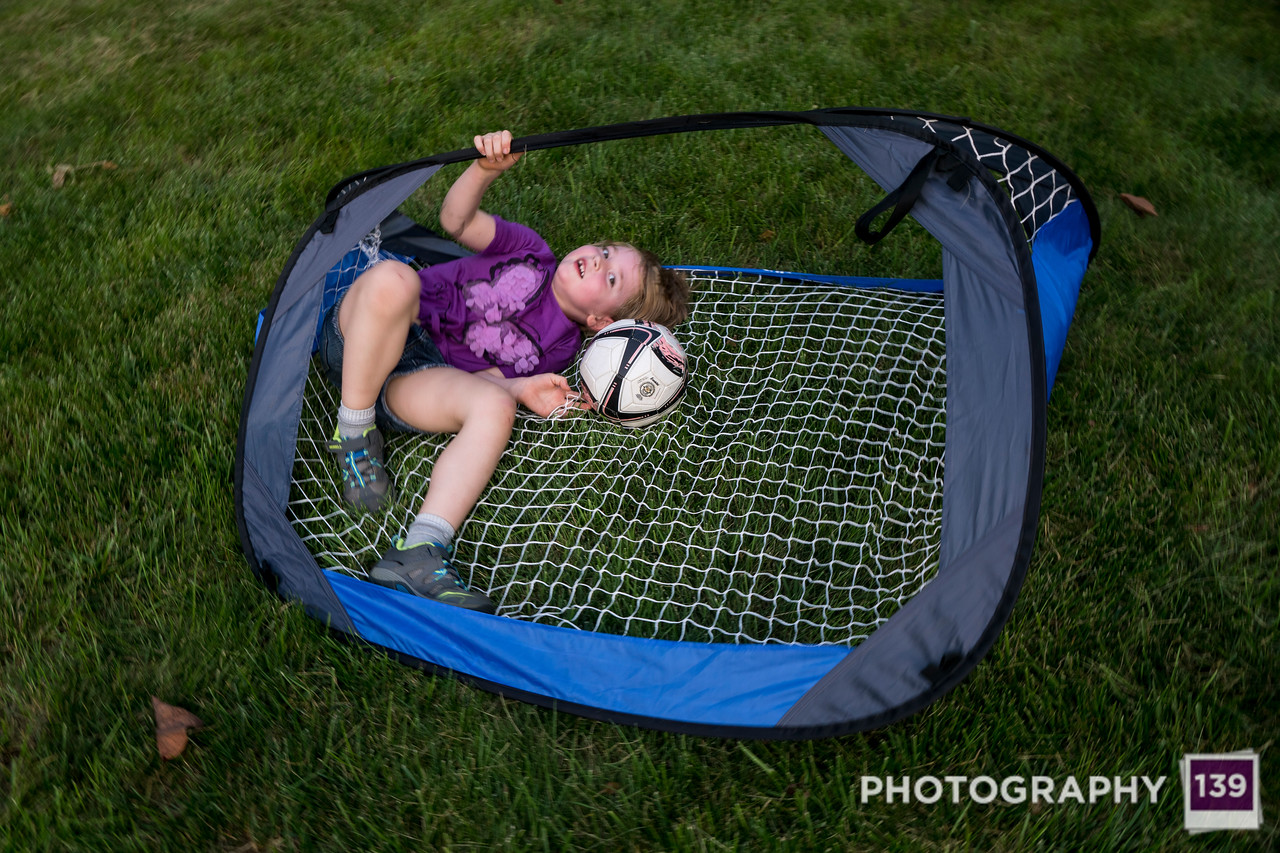 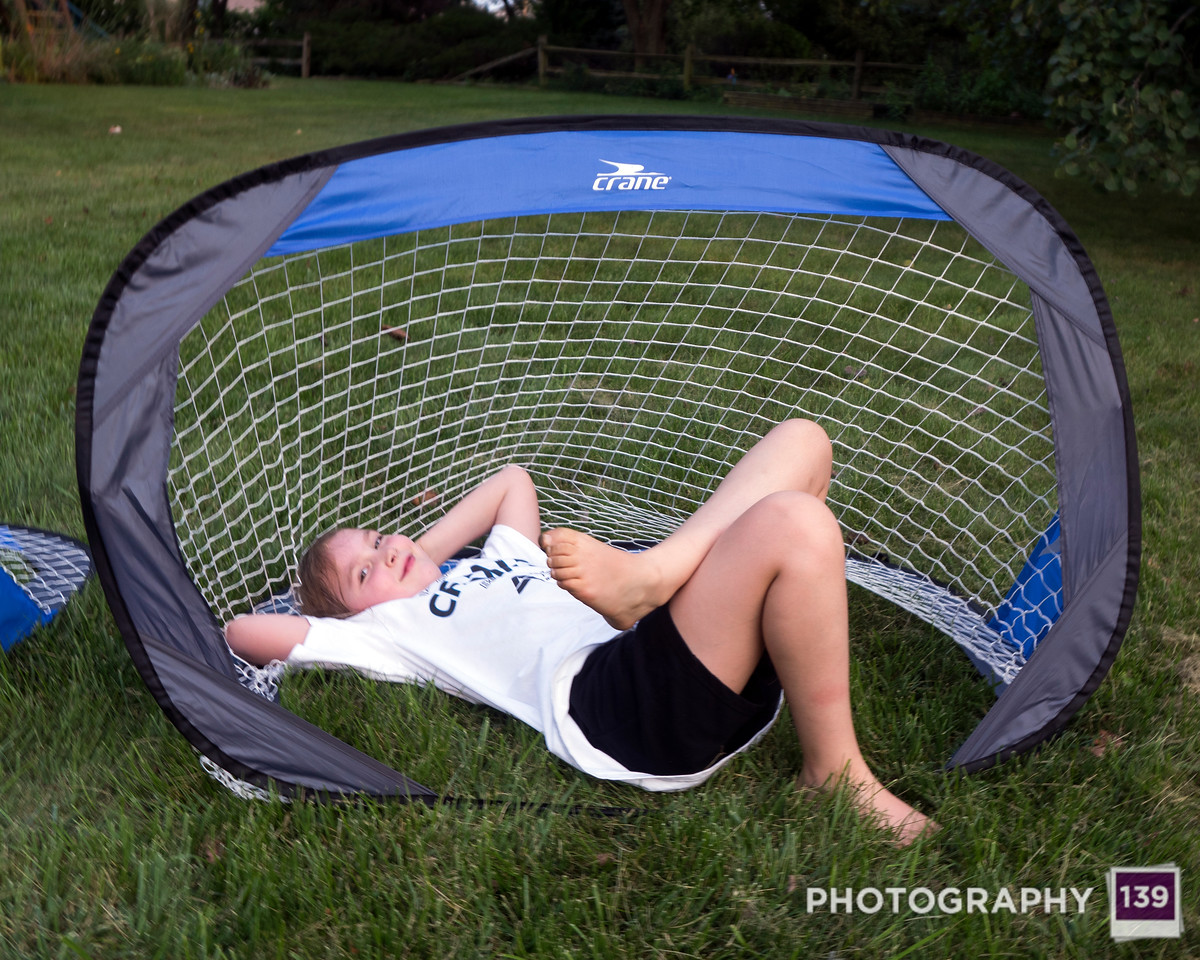 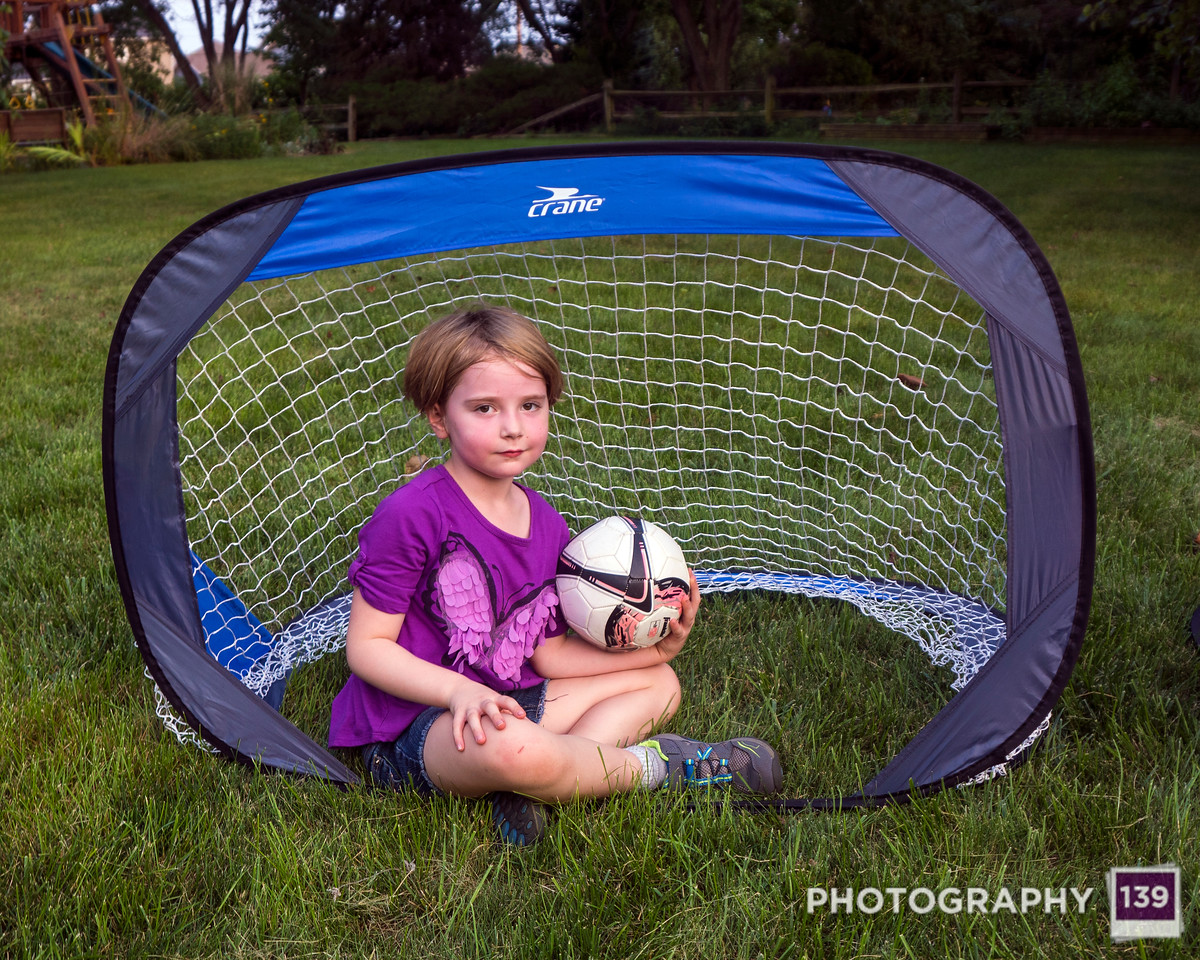 When Evie and Layla saw that I had cracked out a camera, they insisted on posing for a couple pictures. While I’m not Mr-Posed-Photo, I do like these, since the subjects are adorable!