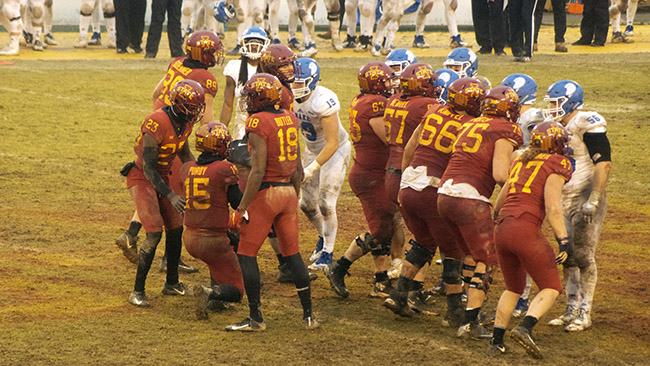 Iowa State’s 12th game was quite the doozie. The had to reschedule their South Dakota State game that go called due to lightning for December 1.

Drake. A team that last played Iowa State in 1985. Beat Iowa State 20-17 in that game. Then promptly dropped football the next year.

First, Drake played their asses off. Any analysis of the game that doesn’t start with the fact that Drake came to play is not an accurate analysis. Drake players played like their hair was on fire. Their coaches had a brilliant game plan. All credit must be given to Drake.
Second, the field was a disaster. It rained. When it wasn’t raining, it snowed. Then it rain again. The field was a muddy mess.
Third, the wind howled. When I opened my front door on Saturday morning, I thought a freight train was rolling by. The wind was that loud.

All in all, it was a miserable day for football. I can never remember taking less joy from an Iowa State victory. When the final tick of the clock ticked off, I breathed a sigh of relief. A win is a win. A bowl game was still in sight. I could begin the countdown to when Iowa State’s bowl destination would be released.

Here are some pictures from a miserable day (which is still a great day) in Jack Trice Stadium: 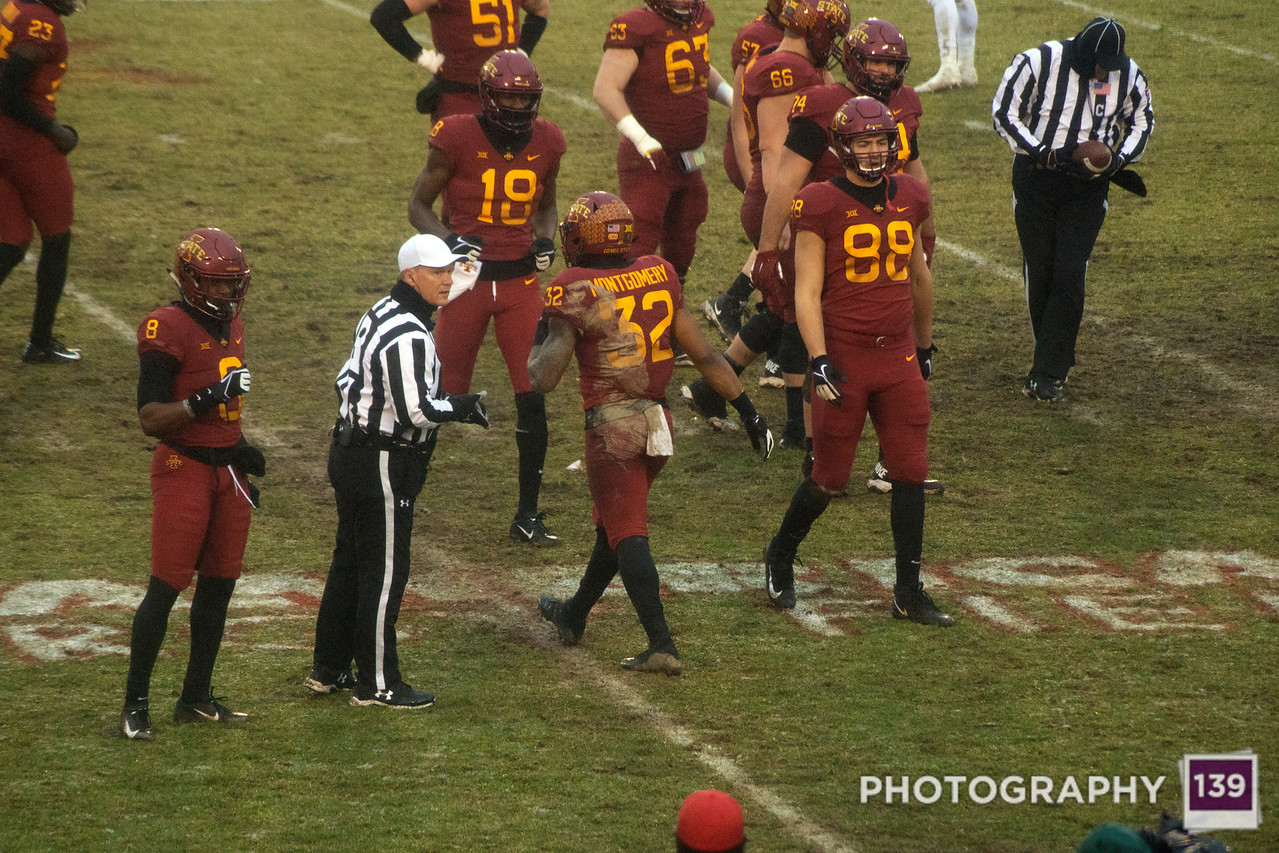 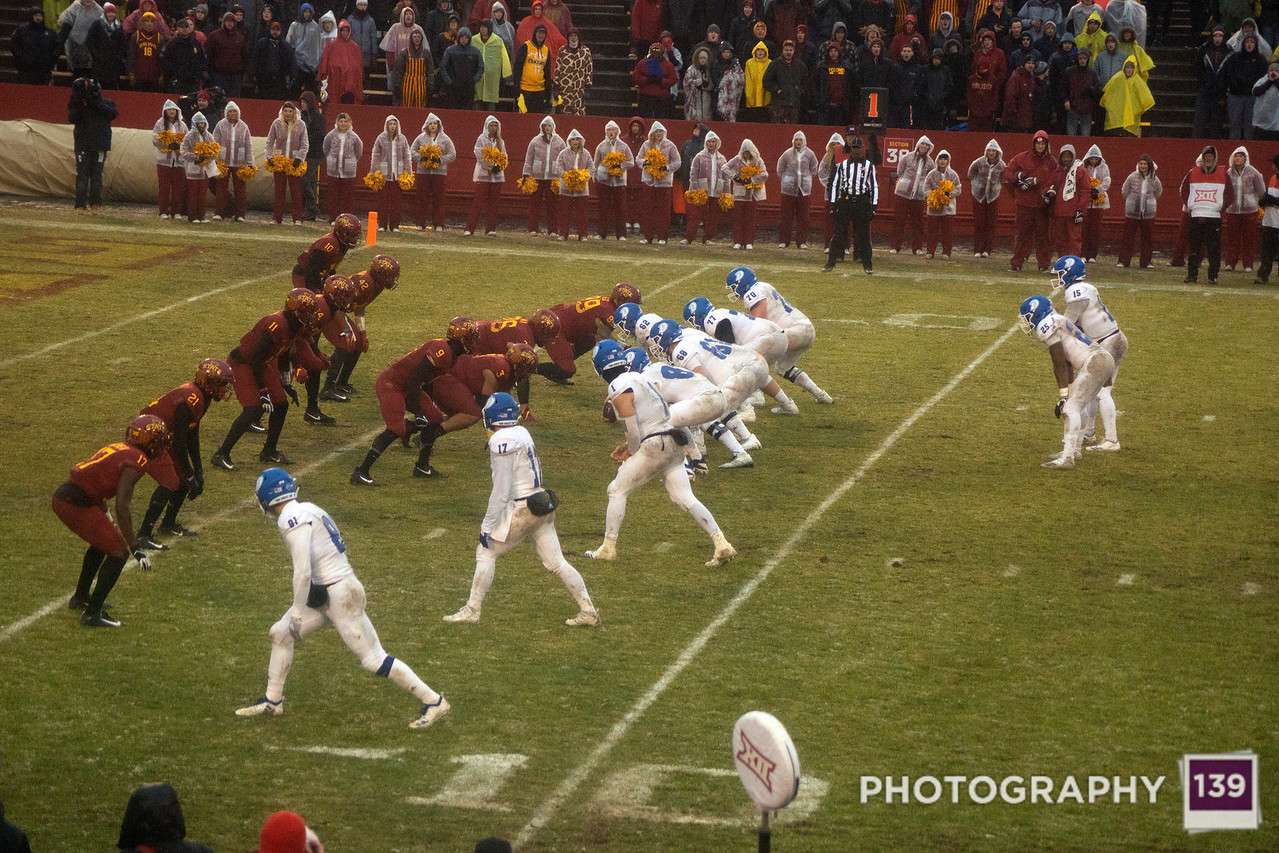 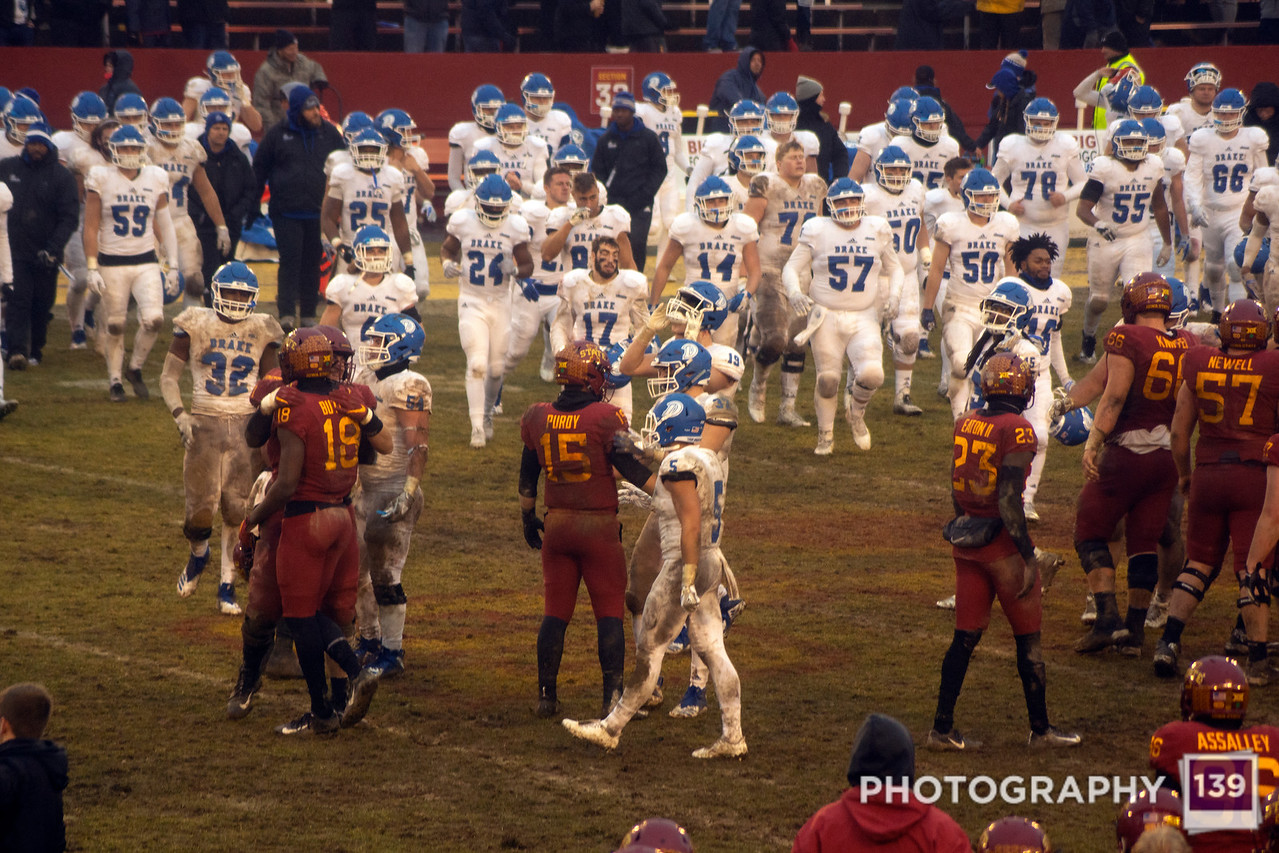 I ordered up my tickets to the Alamo Bowl yesterday. I need to do some research to figure out what the camera policy is in the next few weeks.

I’m pumped to see this team play one more time. Especially if they can get all the injured defensive players back: Datrone, Greg, Enyi, D’Andre, and Marcel. It would be nice if Peavy would be able to play that game at 100% as well.