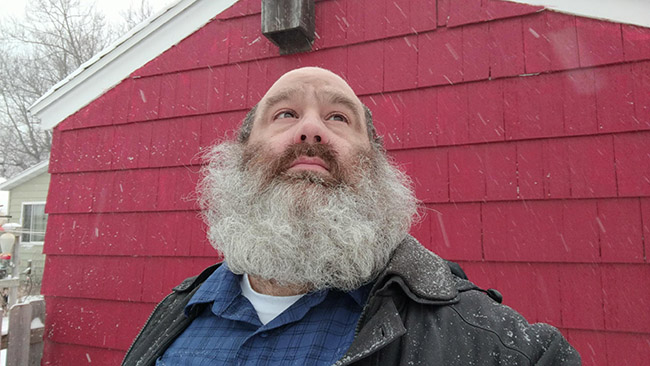 Loyal leaders may recall that I started up the Selfie Project again in 2019. At the end of every month I will check-in with it to share some of my favorites from the month.

If you don’t want to wait until the end of the month, you can follow me on the Instagram to see what I have done and where I have been.

Spoiler: For January I’m not sure I did anything all that exciting. Although I did leave Iowa once to visit the Miller Triplets in Kansas.

Here are my favorites: 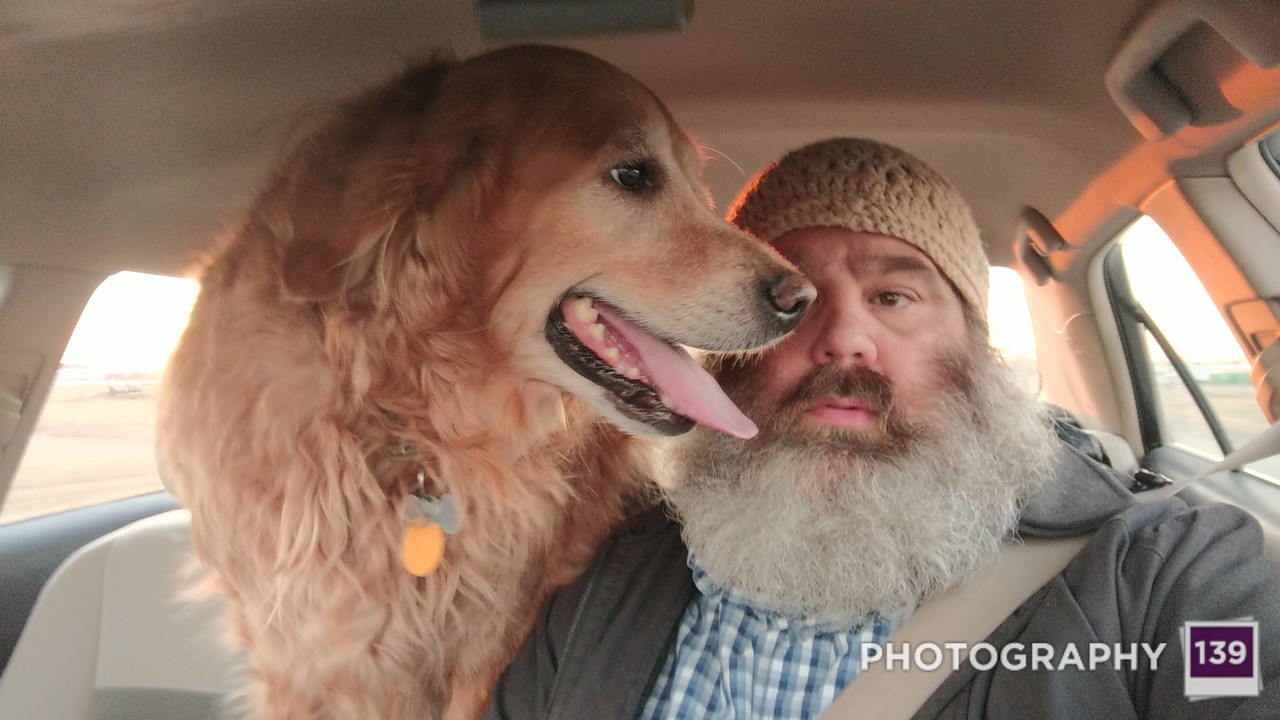 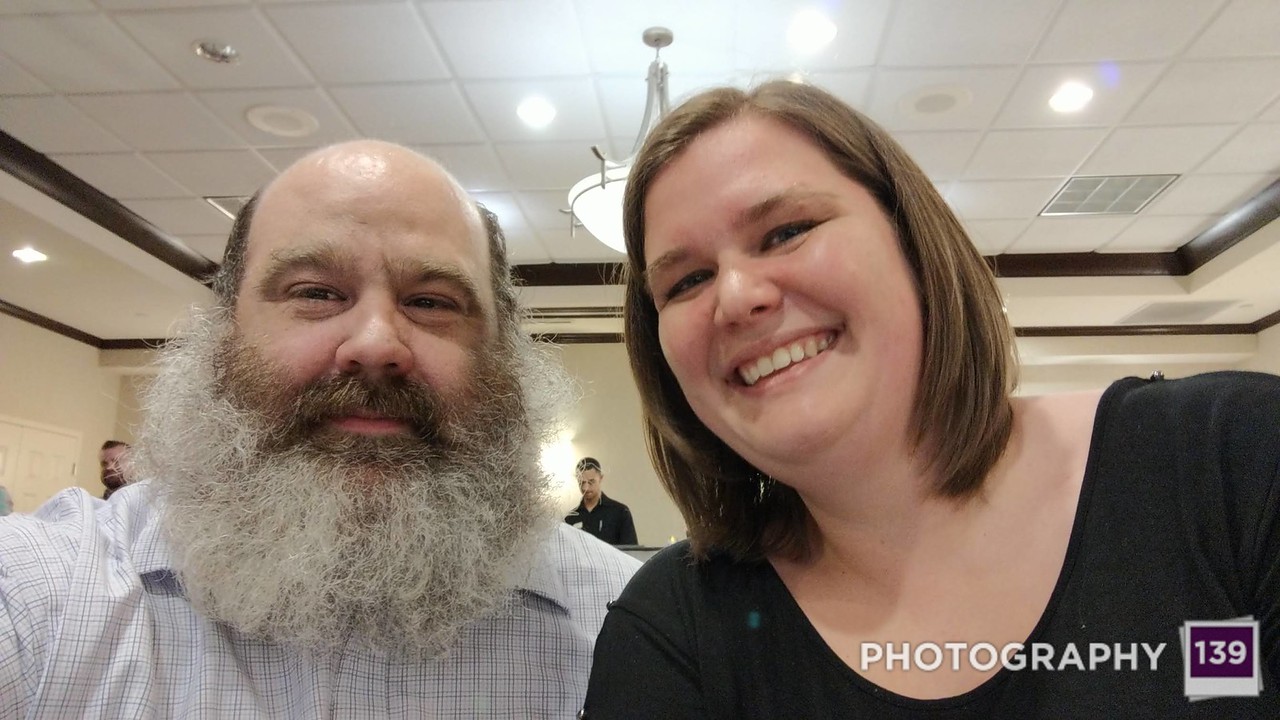 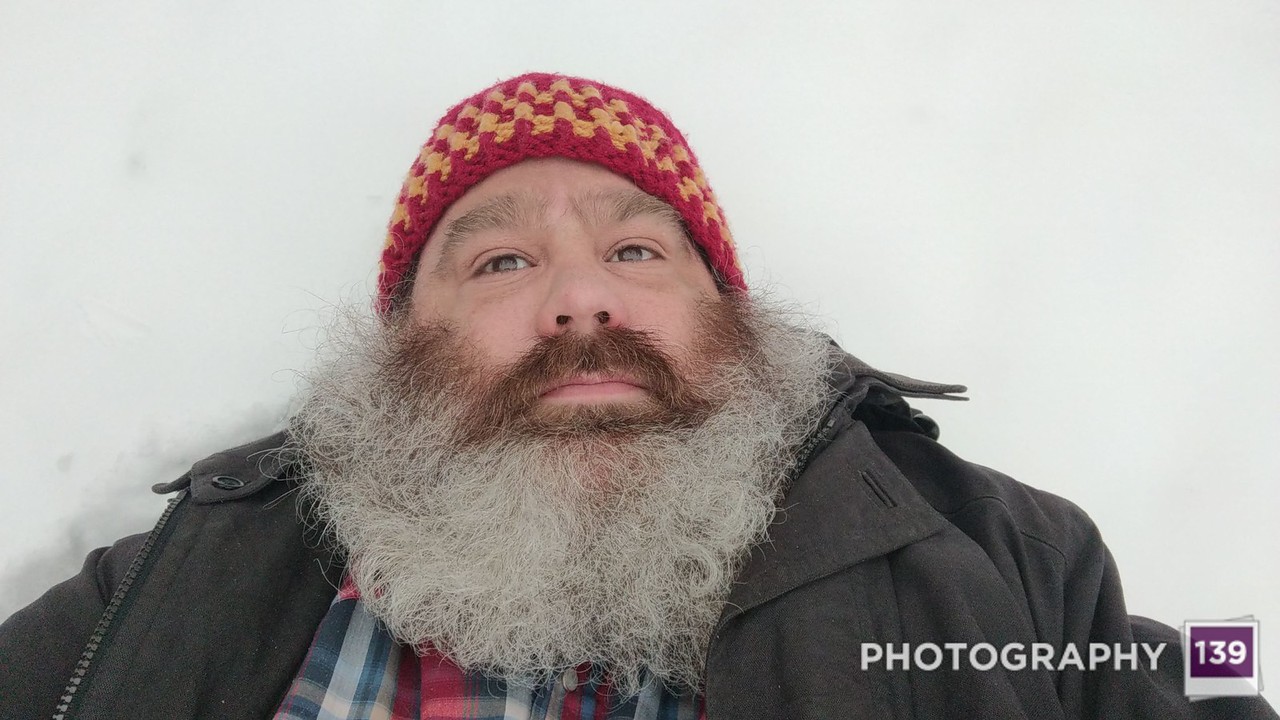 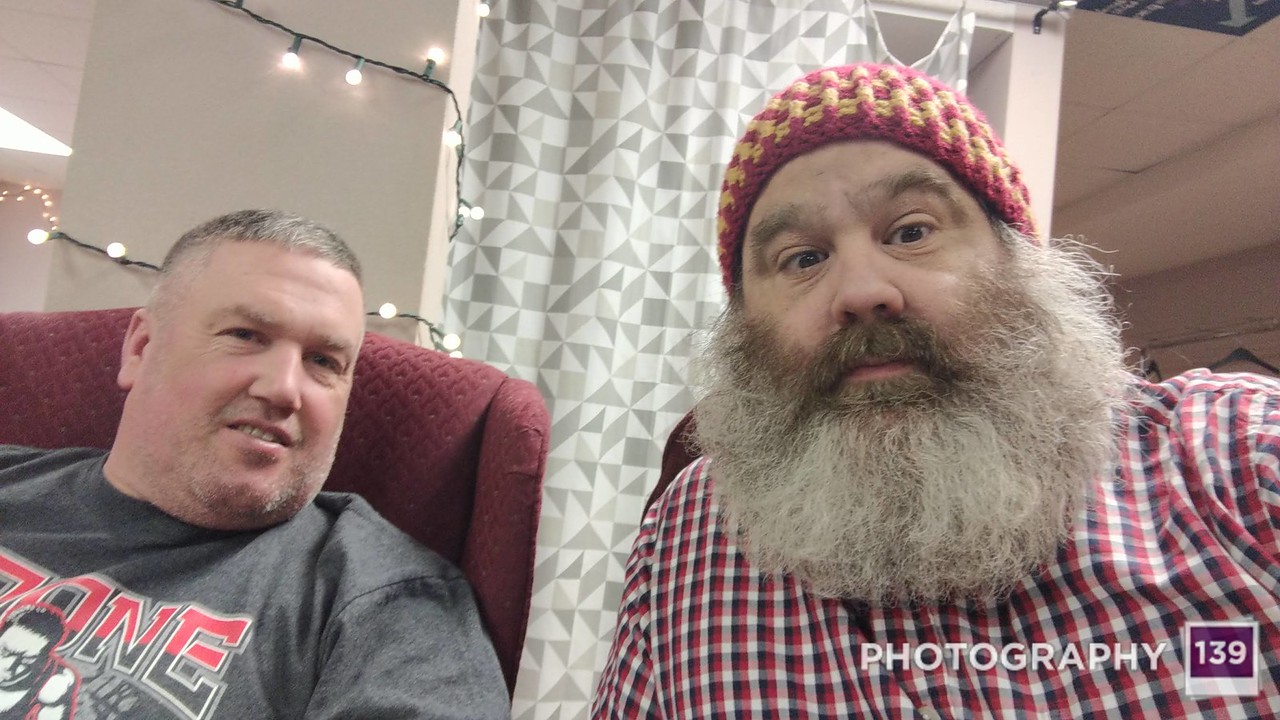 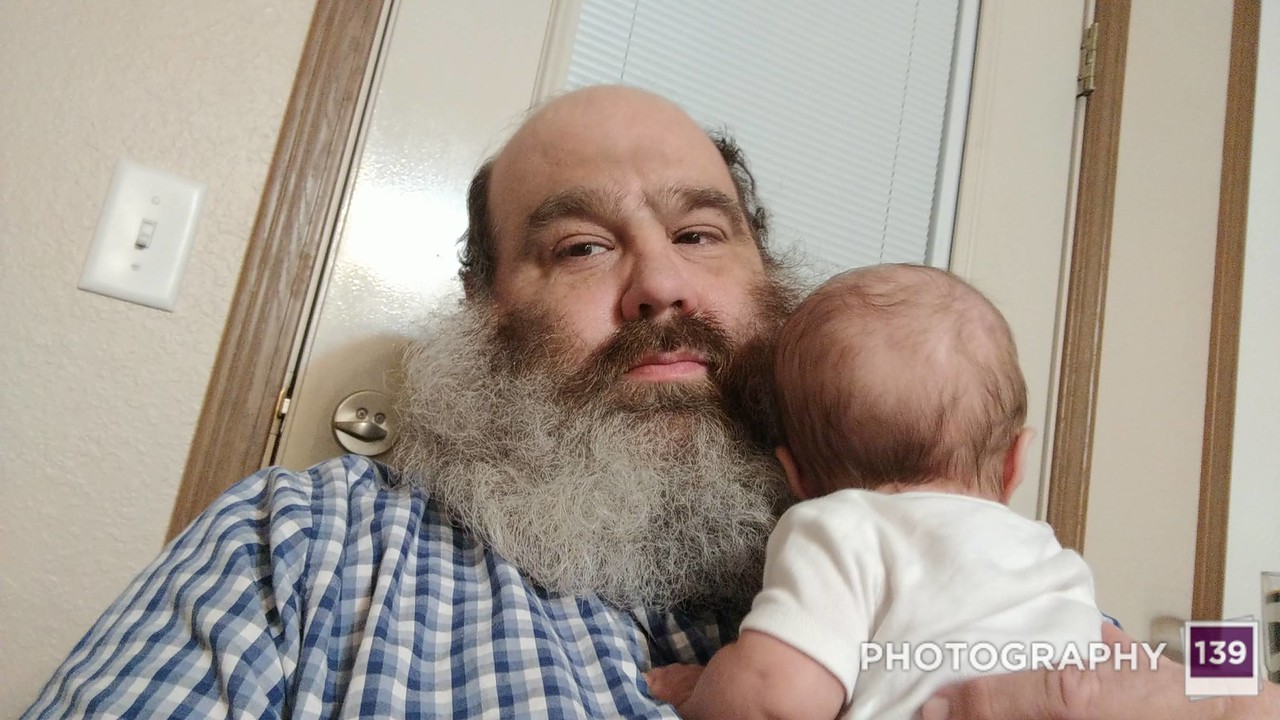 The struggle is real!

Here is a big update on my pursuit of a drone:

Here is what is different. I’ve decided not to wait until the coin jar is full to pull the trigger on the drone. I pulled the trigger last Friday and it should arrive to be safely caressed in my arms tomorrow.

I don’t know when I’ll be able to actually use it due to the weather, but I will monitor the weather closely. It is possible that the first day of decent weather I’ll take off of work and go play in the skies above us. No higher than 400 feet and not within 5 miles of an airport.

I know what you’re thinking, you snagged your reward before achieving your goals. That shows a lack of discipline. This is very disheartening, considering you have been yammering on and on to anybody that would listen that you are going to be more financially responsible this year.

This is true. My main goal of 2019 is to be lest wasteful with money in certain ways. However, the benefit of that is that I get to be more wasteful in other veins.

My way of being more financially responsible is to have set some goals.

Goal #1: Decrease my actual debt load my a certain amount of money. I’m not heavily in debt. I have a house payment and some credit card debt. However, while I don’t have a car payment, I want to hammer on my debt and get it below #X by the end of the year. I’ll report on my progress here, because congratulations, you just became my accountability buddies.

Goal #2: Figure out why my website is costing me so much more money than I ever intended. I have partially concluded this goal. I actually (I know people should do these things) sat down and reviewed what my webhost was charging me. I discovered that I was paying $10 a month for something called Website Builder, that I don’t use. I built my website with my own two hands and Vest’s two hands and WordPress. They are also charging me like 8 bucks a month for PHP 5.2+. I’m still trying to figure out whether or not I need that, but at the very least, I’m saving $120 bucks a year on this website.

Goal #3: To stop wasting so much money going out to lunch at work. It is not an exaggeration to say that in 2018 and the years before I went out to lunch, on average 4.5 out of 5 work days a week. If I conservatively estimate the average lunch to be $10, I probably spent $200 a month on lunch. That is $2400 a year. My goal is to only eat out for lunch 20% of the year. I estimate that just by bringing lunch from home, I can save $1800 a year. The good news is that I’m on track this year. In January there were 22 work days. I went out to lunch one time. I’m currently at a 4.5% eating out for lunch percentage. My worry is that I will get burned out on eating in. So I’m going to try to mix it up as much as possible. If you have any cheap, healthy lunches that are easy to prepare either at work or on the Sunday before the work week starts, throw them my way. This week I’m eating overnight oats. This space is a place where I might also share some of the recipes I come across. I have to thank American Ninja Steve for introducing me to overnight oats. I’m not making his recipe yet because it involves lots of exotic ingredients I need to be able to track down like flax milk and hemp heads. But when I make that for a week, I’ll share that recipe here.

Goal #4: Save money by buying used lenses. I’m still torn on whether or not I’m going to buy a new camera this year. It has been almost 3 years since I bought a new camera and I’m getting the itch. However, I am vexed on what camera to buy. I’ve thought about crossing over into the Sony mirrorless realm, but that means a whole new camera mount. The other option is to buy the camera that is above my camera in my current platform. That camera sells for about $3200. That price tag is going to take me a lot of meals of overnight oats to justify in my head. Especially with my debt lowering goals. While I don’t know about buying a new camera, I have compiled a list of lenses I want to buy this year. I’ve decided to hit the used lens market this year as I can save sometimes as much as 30% by going used. Some of the lens I want are pretty cheap, but some are not. The exciting news for you is that every time I get some used glass, you’ll get to read an exciting equipment review! Yay you!

But none of this explains why I felt it was okay to pull the trigger on the drone with the change jar still 2 inches from the top.

There are two reasons for that:

#1. Through my works and luck at the computer mine, I had $325 in Amazon gift cards burning a hole in my virtual wallet. In my wildest dream, there isn’t $325 in the coin jar.

#2. I recently ordered a new photo toy called arsenal for $185. It is a camera attachment that allows you to control your camera with your smartphone. Now I can already control my camera with a smartphone, but there is limited control. It basically throws the camera into automatic and you get what you get. Arsenal allows you to control pretty much all the main settings on the camera. Plus it is supposed to do its own focus stacking and HDR. Plus it has some pretty sweet time-lapse settings. However, I got an email that they can’t make it Arsenal work with my camera and don’t think they ever will be able to. They refunded me that money. Although to be honest, that $185 isn’t going toward the drone. When the refund hits my account it is going towards some glass. Not sure which one I’ll pull the trigger on first. But don’t worry I’ll let you know.

So where is that change jar money going to go. Well, one camera purchase I am dedicated to this year is the Sony RX0. Therefore, when the change jar is full I will take it to the bank and then order up the Sony RX0.