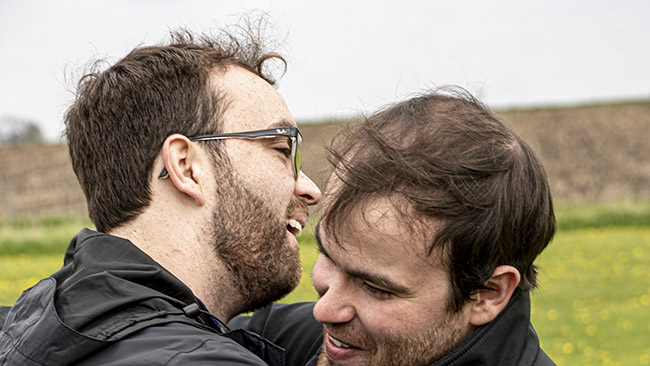 A few Saturdays back I went out to Long Park with Johnathan and Logan to test Rodan139 out as there were some quirky things that happened with it on the previous day when I took it to Don Williams. Turned out it was more of a phone update issue than anything and was nothing to worry about. Rodan139 is fine and dandy. At least for right now.

The videos I took of Logan and Johnathan will show up on the YouTube channel at some point, but that point isn’t exactly soon.

While we were out there, it was the perfect time to knock off Pages 84 & 85 of THE PHOTO JOURNAL PROJECT. This idea is stolen, I mean “influenced” by an illustration I once saw.

I don’t want you to think the truth is that Logan and Johnathan don’t get along. They certainly do. In fact, Johnathan, Logan, and Brandon worked like a seamless machine just the other day while hanging ceiling drywall at my Mom’s house.

I did consider using my car knife, which was gifted to me by Kim, but it was left in my car and Johnathan drove.