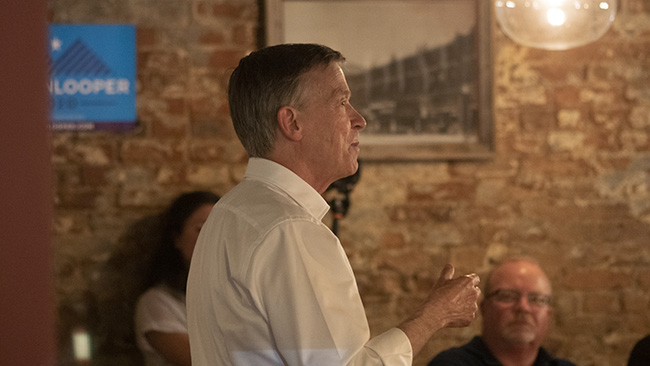 Last Friday I saw my 6th of 23 Democrat Presidential hopefuls when John Hickenlooper came to the Livery Deli.

To be brutally honest, I don’t think I’ve seen the person that will be the Democrat nominee yet. Of the six I’ve seen, I’d give Bernie Sanders the best shot and Beto, Kloubchar, and Booker a puncher’s chance. I don’t think Hickenlooper has any chance. But everything can change after the debates start.

Here is a little bit of information Hickenlooper:

John Wright Hickenlooper Jr(/ˈhɪkənluːpər/; born February 7, 1952) is an American politician and businessman who served as the 42nd Governor of Colorado from 2011 to 2019. He is a member of the Democratic Party. In 2019, he announced that he is running for President of the United States in 2020.

Born in Narberth, Pennsylvania, Hickenlooper is a graduate of Wesleyan University. After his career as a geologist, Hickenlooper entered a career in business and cofounded the Wynkoop Brewing Company in Denver. Hickenlooper was elected the 43rd mayor of Denver in 2003, serving two terms, until 2011.

Hickenlooper worked as a geologist in Colorado for Buckhorn Petroleum in the early 1980s. When Buckhorn was sold, Hickenlooper was laid off in 1986. He and five business partners opened the Wynkoop Brewing Company brewpub in October 1988 after raising startup funds from dozens of friends and family along with a Denver economic development office loan. The Wynkoop was one of the first brewpubs in the United States. Denver currently boasts more brewpubs per capita than any other city.

In 2010, Hickenlooper became the first Denver Mayor elected Governor in 120 years. He was re-elected in 2014, after running an entirely positive campaign — a trademark of his time in public service.

In the past eight years, Colorado jumped from 40th in job creation to the number one economy in the nation. As Governor, Hickenlooper established and built an expansive set of workforce development programs that promoted skills-based hiring, career coaching, apprenticeships, and more.

Hickenlooper brought industry and environmentalists together to reduce methane emissions — a major contributor to climate change. The regulations they developed became the model for California and Canada and are considered the gold standard across the United States.

He expanded Medicaid and opened a high quality state health insurance exchange program called Connect for Health Colorado, establishing an insurer in every county in the state. Today, nearly 95 percent of Coloradans have healthcare coverage.

I will reiterate that the Livery Deli is a terrible place for these events if you are a photographer. However, there was way less people there than were there for Amy Klobuchar, but the pictures are what they are… 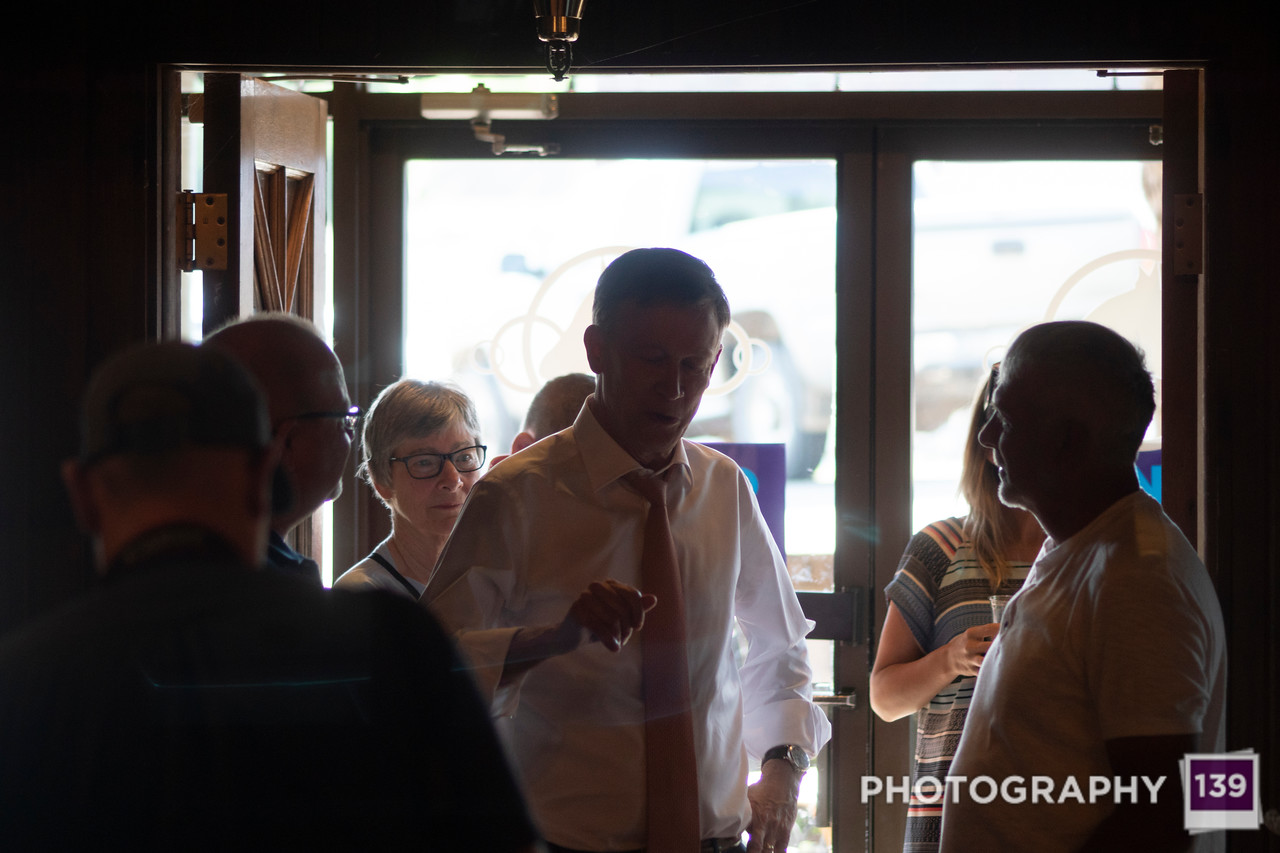 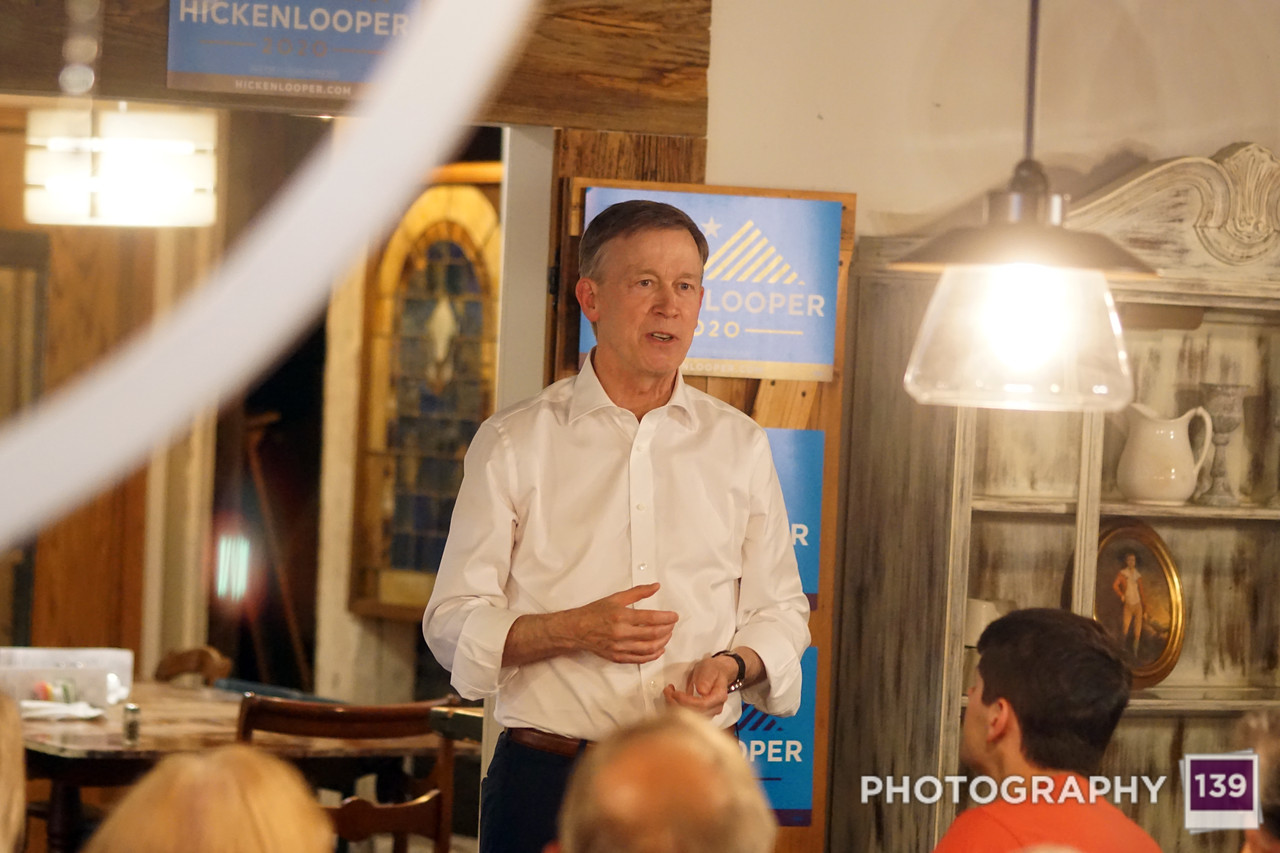 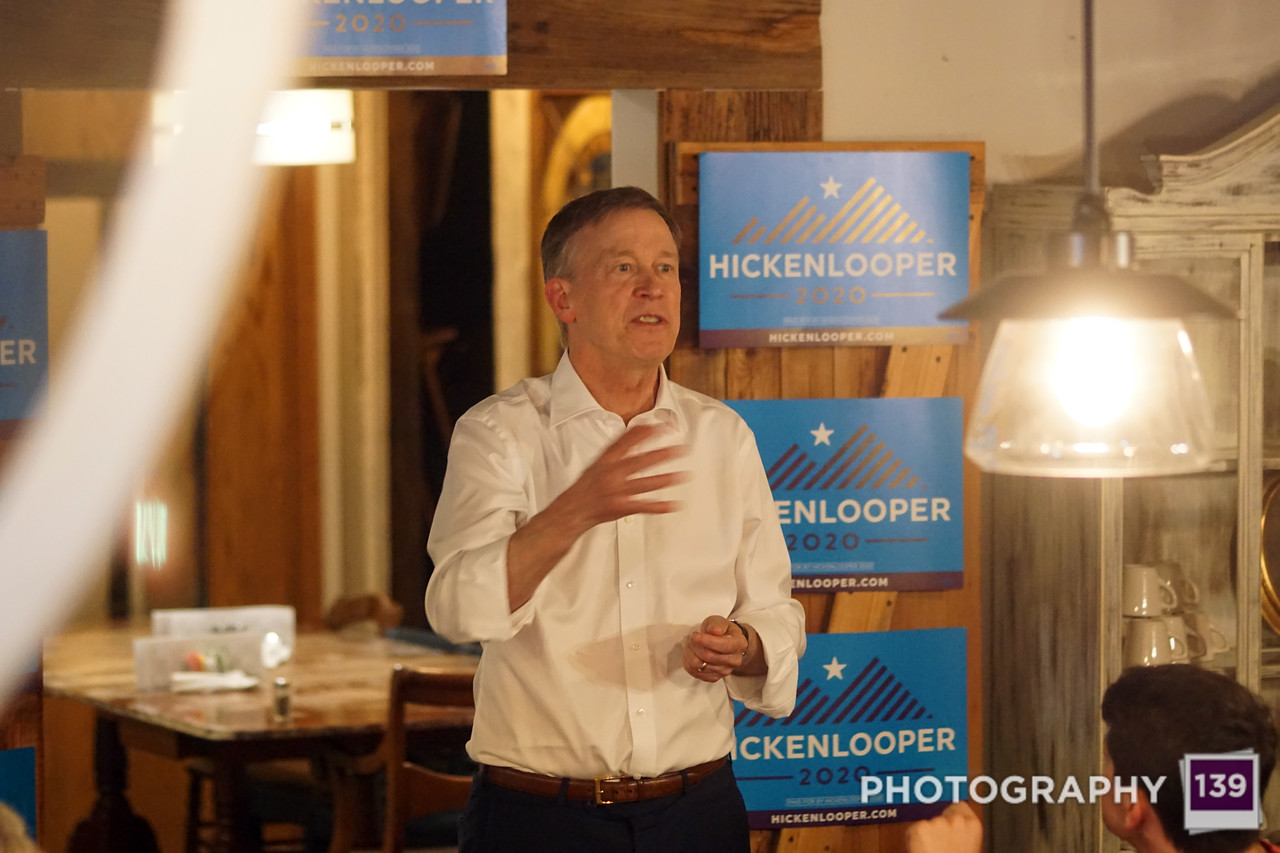 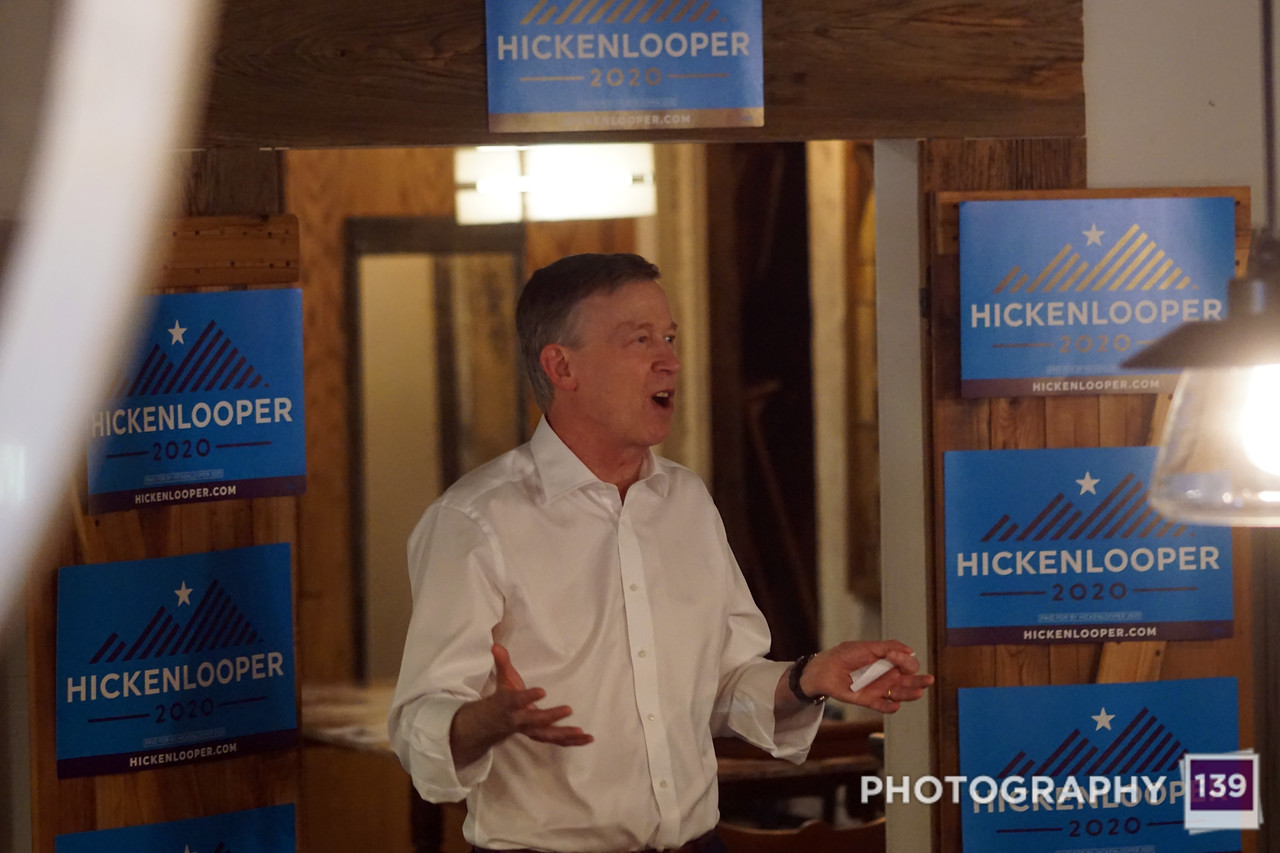 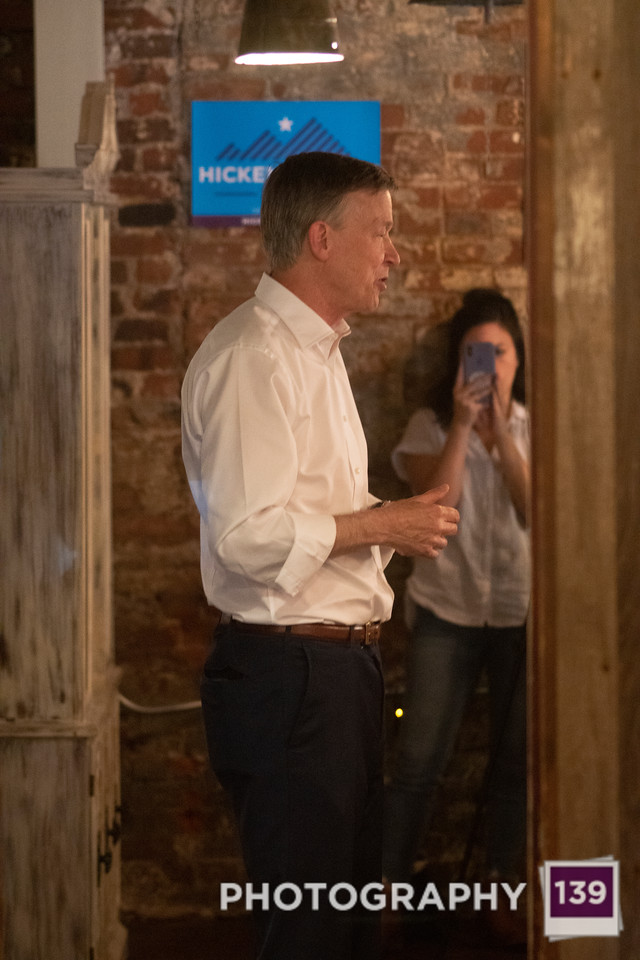 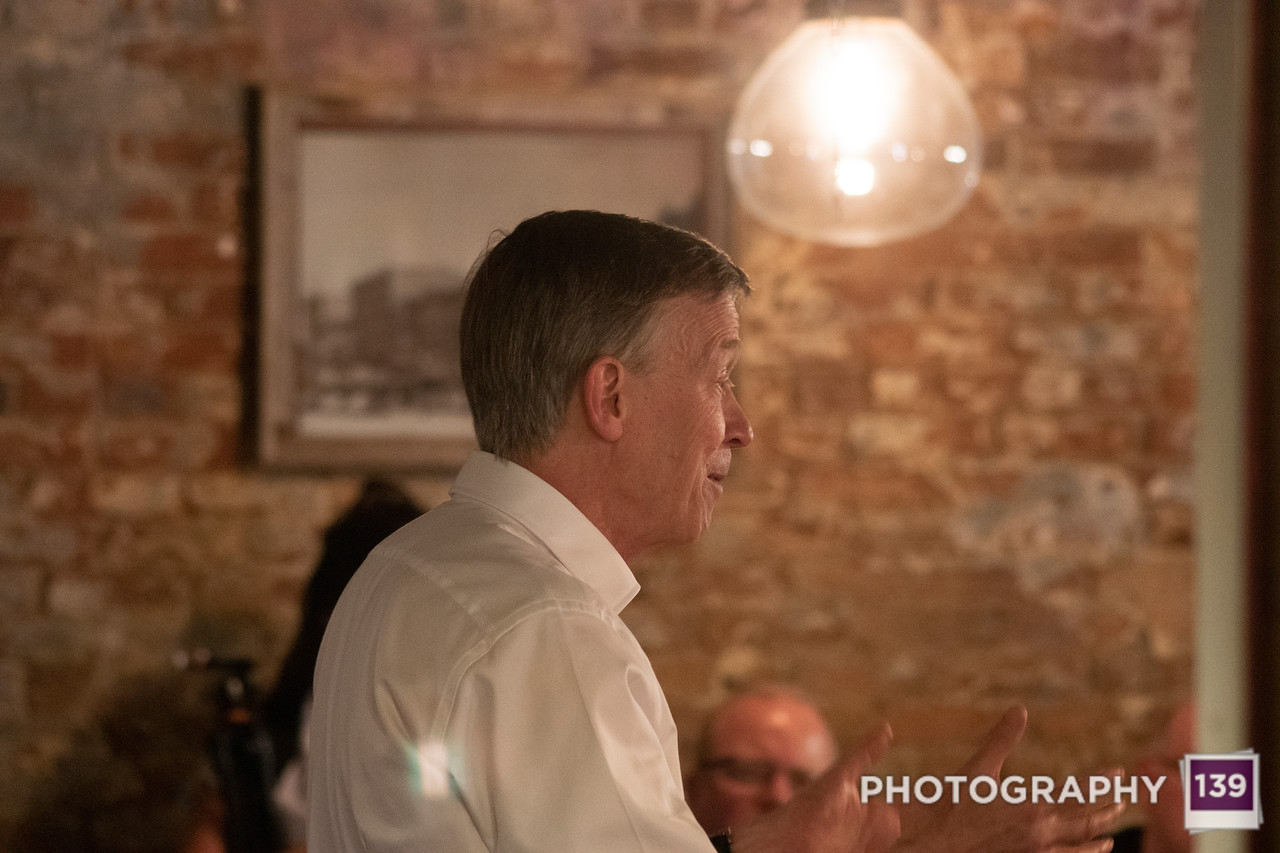 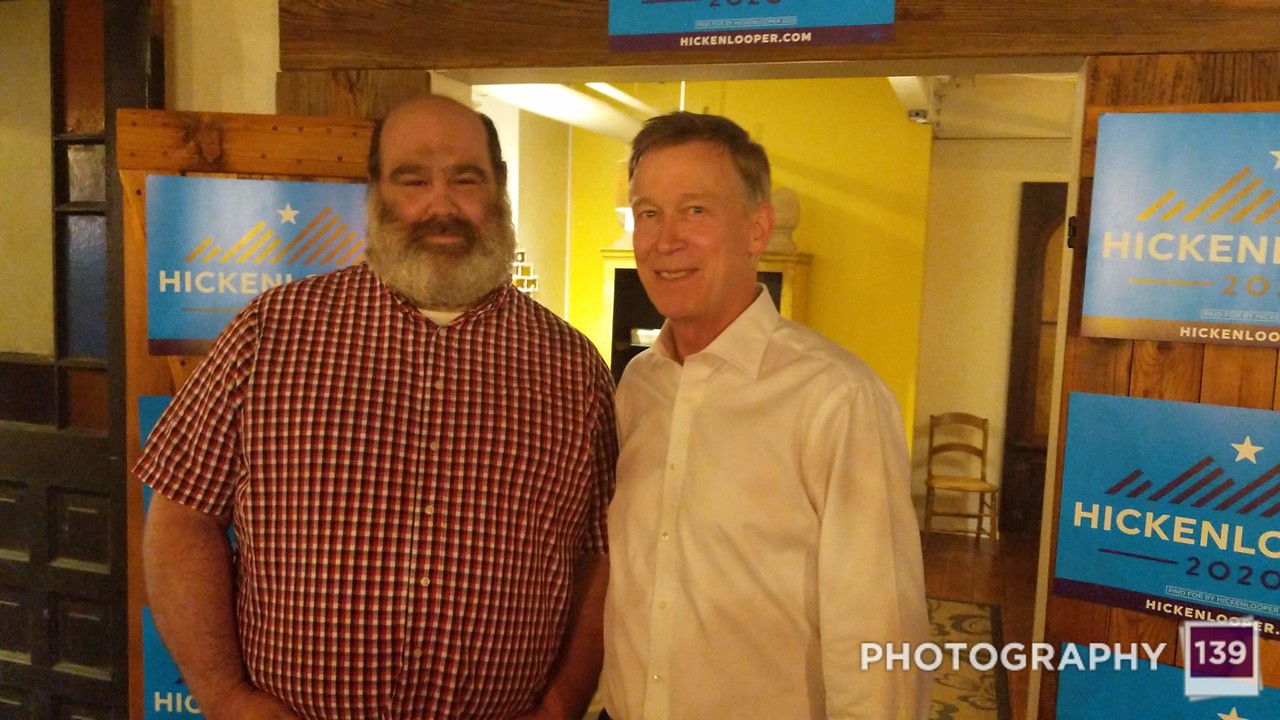 I don’t have any current plans to see anybody else right now. My weekend schedule gets busy, plus I leave for the mission trip. Hopefully somebody will fall into my lap, so to speak otherwise it could be a few weeks before President Quest marches on.