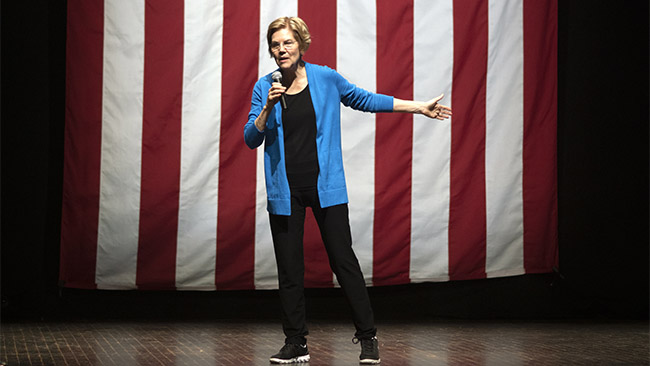 In late October I went to the beautiful campus of the pre-eminent land grant university in the country to see Elizabeth Warren speak at Stephens Auditorium. She was the last of the major candidates I needed to see.

Here is a little bit about Elizabeth Warren from her website:

Elizabeth grew up on the ragged edge of the middle class in Oklahoma and became a teacher, a law professor, and a US Senator because America invested in kids like her.

Elizabeth’s dad sold fencing and carpeting, and ended up as a building maintenance man. Her mom stayed home with Elizabeth and her older brothers.

When Elizabeth was twelve, her dad suffered a heart attack and was out of work for a long time. They lost the family station wagon, and were about an inch away from losing their home, when her mom got a minimum wage job answering phones at Sears. That job saved their home, and it saved their family.

All three of Elizabeth’s older brothers served in the military. Her oldest brother was career Air Force and flew combat missions in Vietnam. Her middle brother went on to work construction. Her youngest brother started his own business.

From the time Elizabeth was in second grade, she wanted to be a teacher, but her family didn’t have money for college. She earned a debate scholarship, but dropped out to get married to her high school sweetheart at 19. Elizabeth got a second chance at a commuter college in Texas that cost $50 a semester, and she started teaching children with special needs at a public elementary school. Her daughter Amelia was born when Elizabeth was 22.

When Amelia turned two, Elizabeth enrolled in a public law school that cost $450 a semester. Three years later, she graduated at eight months pregnant with her son Alex. Elizabeth hung out a shingle and practiced law out of her living room, but she soon returned to teaching.

Elizabeth was a law professor for more than 30 years at Rutgers University, the University of Houston, University of Texas-Austin, University of Michigan, University of Pennsylvania, and Harvard University. She is one of the nation’s top experts on the financial pressures facing middle class families. She taught classes on commercial law, contracts, and bankruptcy, and conducted groundbreaking research on the connection between health care costs and personal bankruptcy.

During the 2008 financial crisis, Democratic Majority Leader Harry Reid asked Elizabeth to serve as Chair of the Congressional Oversight Panel to provide some oversight of TARP, the Wall Street bailout. She fought to protect taxpayers, hold Wall Street accountable, and ensure tough oversight of both the Bush and Obama Administrations.

Elizabeth is widely credited for the original thinking, political courage, and relentless persistence that led to the creation of the Consumer Financial Protection Bureau. As an assistant to President Barack Obama and special adviser to the Secretary of the Treasury, she led the establishment of the consumer agency to protect consumers from financial tricks and traps often hidden in mortgages, credit cards, and other financial products.

Wall Street opposed the CFPB, and they didn’t want Elizabeth – the agency’s biggest champion – to run it. After Senate Republicans vowed to block Elizabeth’s nomination to serve as the first director of the CFPB, Elizabeth ran for the U.S. Senate in her home state of Massachusetts. She has served as the Bay State’s Senior Senator since 2013.

Elizabeth and her husband Bruce have been married for 38 years. They have three grandchildren and a golden retriever named Bailey

After decades of largely flat wages and exploding household costs, millions of families can barely breathe. For generations, people of color have been shut out of their chance to build wealth. It’s time for big, structural changes to put economic power back in the hands of the American people.

That means putting power back in the hands of workers and unions. It also means transforming large American companies by letting their workers elect at least 40% of the company’s board members to give them a powerful voice in decisions about wages and outsourcing. And it means a new era of strong antitrust enforcement so giant corporations can’t stifle competition, depress wages, and drive up the cost of everything from beef to Internet access.

As the wealthiest nation in the history of the world, we can make investments that create economic opportunity, address rural neglect, and a legacy of racial discrimination–if we stop handing out giant tax giveaways to rich people and giant corporations and start asking the people who have gained the most from our country to pay their fair share.

That includes an Ultra-Millionaire Tax on America’s 75,000 richest families to produce trillions that can be used to build an economy that works for everyone, including universal childcare, student loan debt relief, and down payments on a Green New Deal and Medicare for All. And we can make a historic investment in housing that would bring down rents by 10% across America and create 1.5 million new jobs.

Some of my favorite pictures from the night: 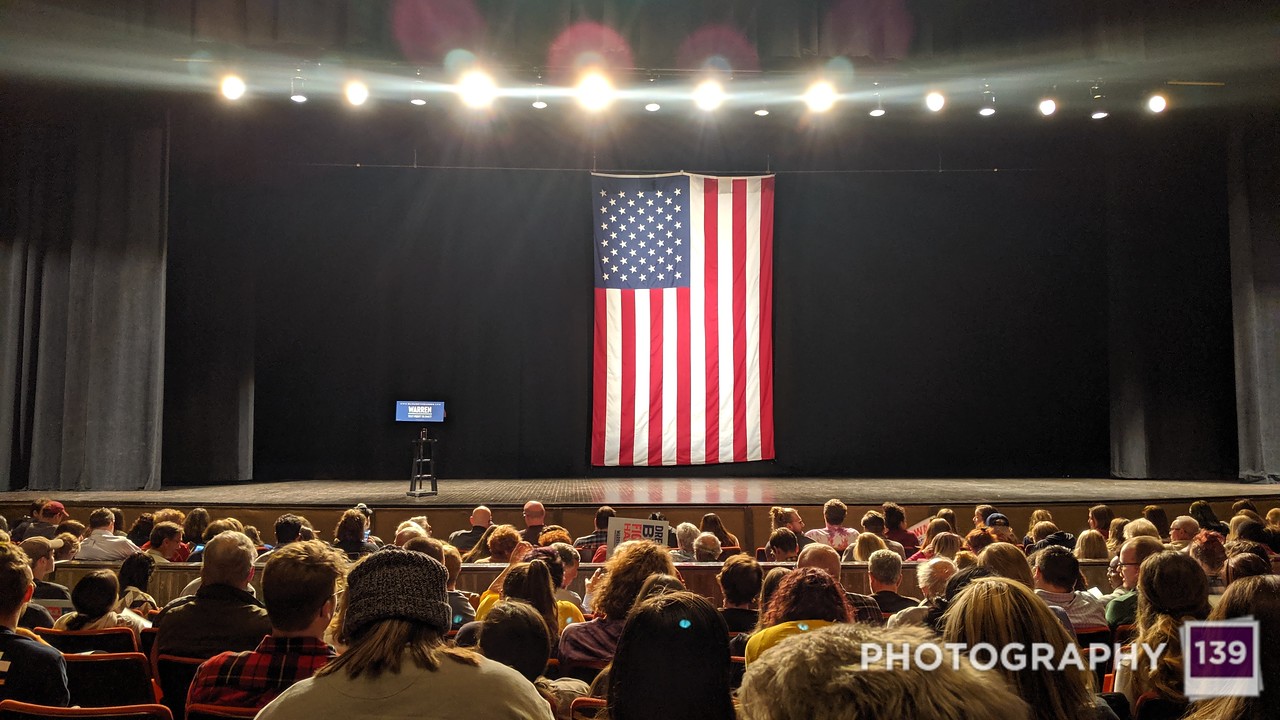 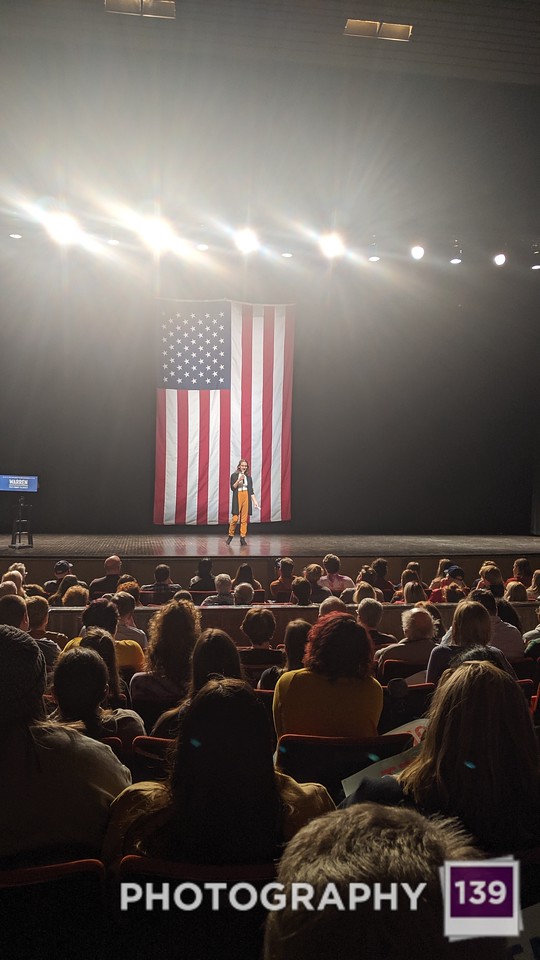 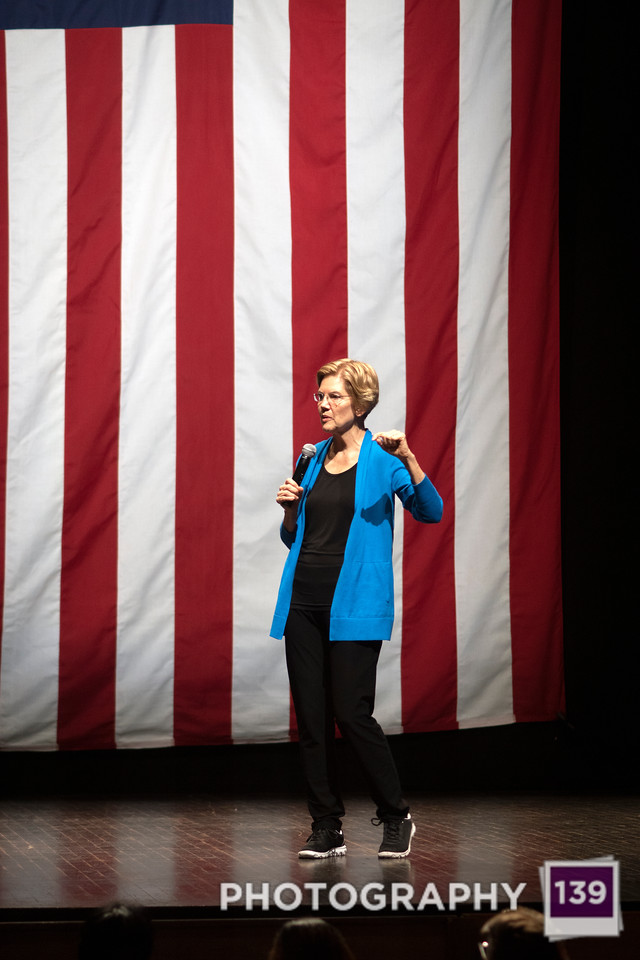 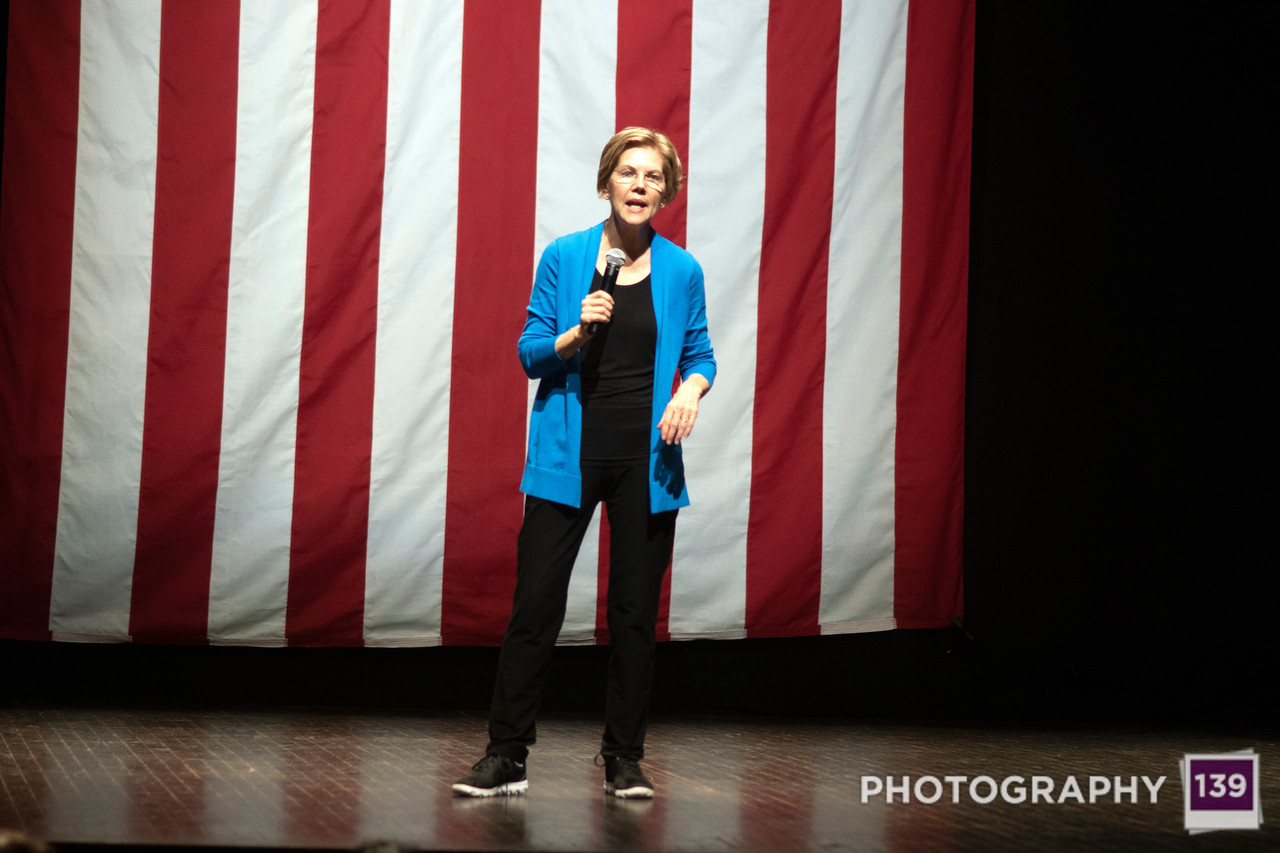 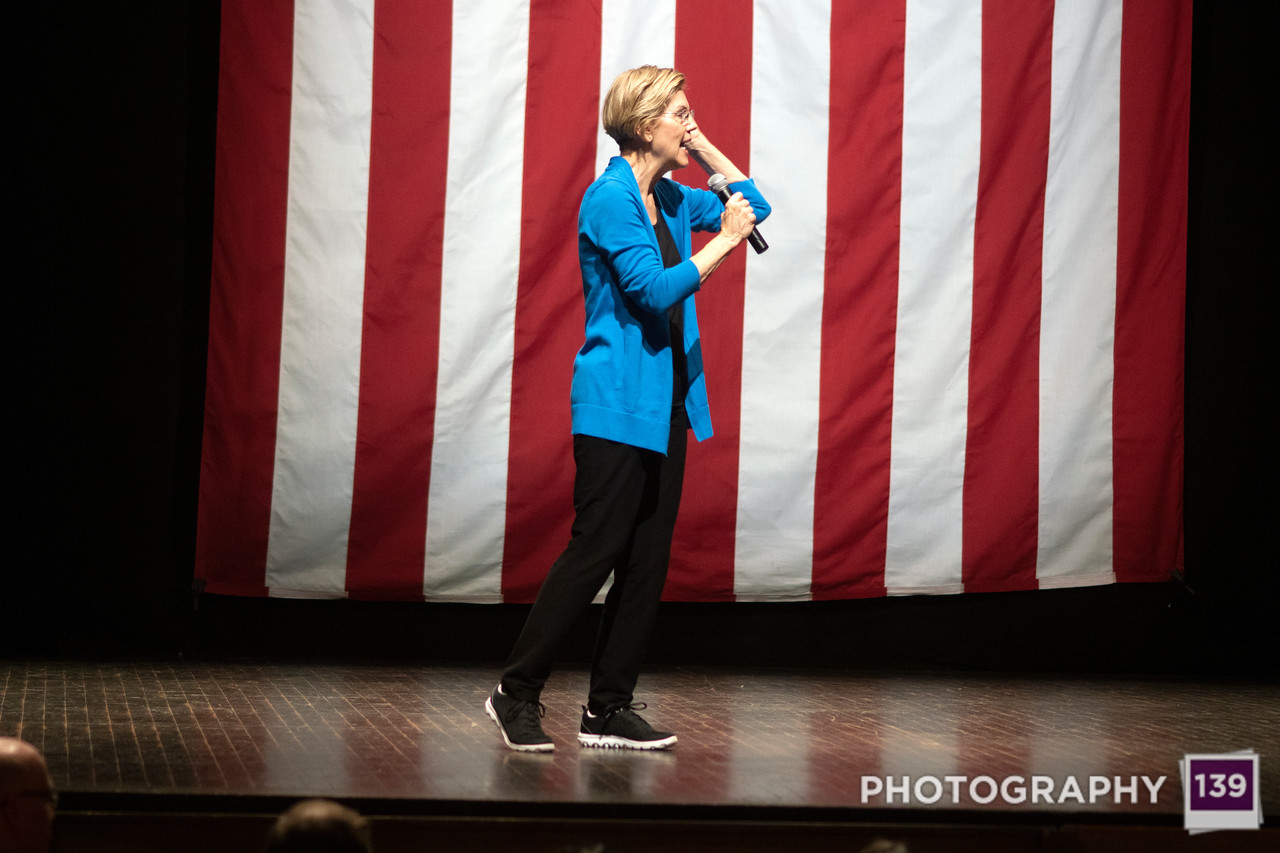 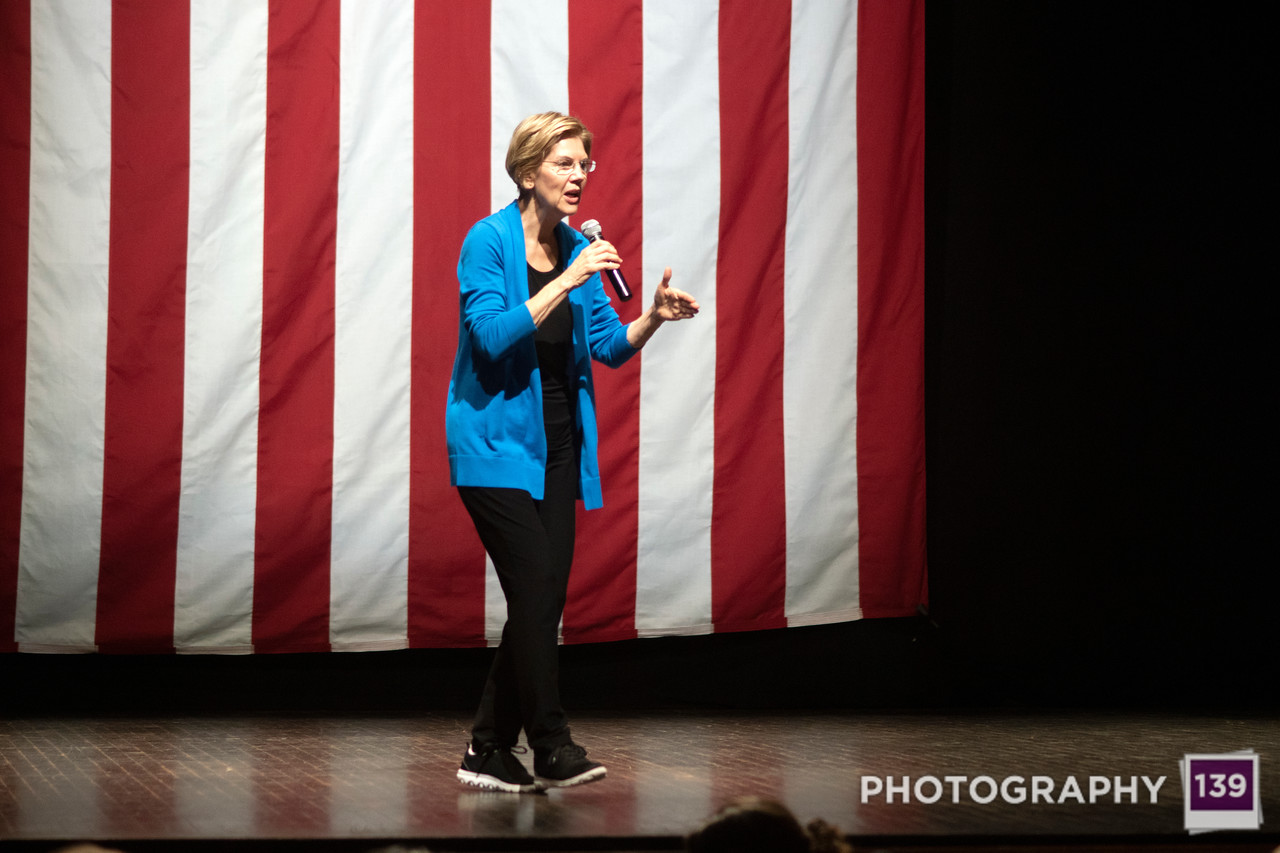 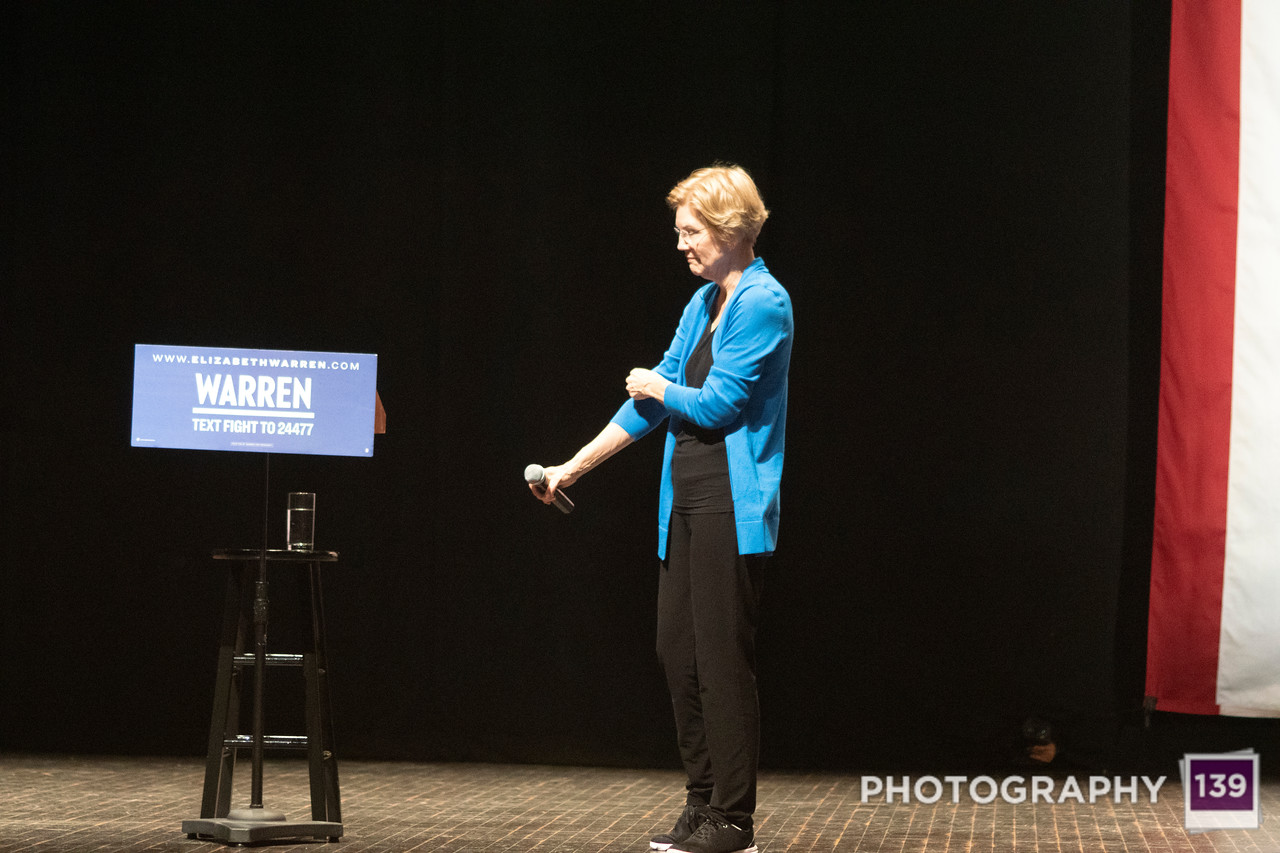 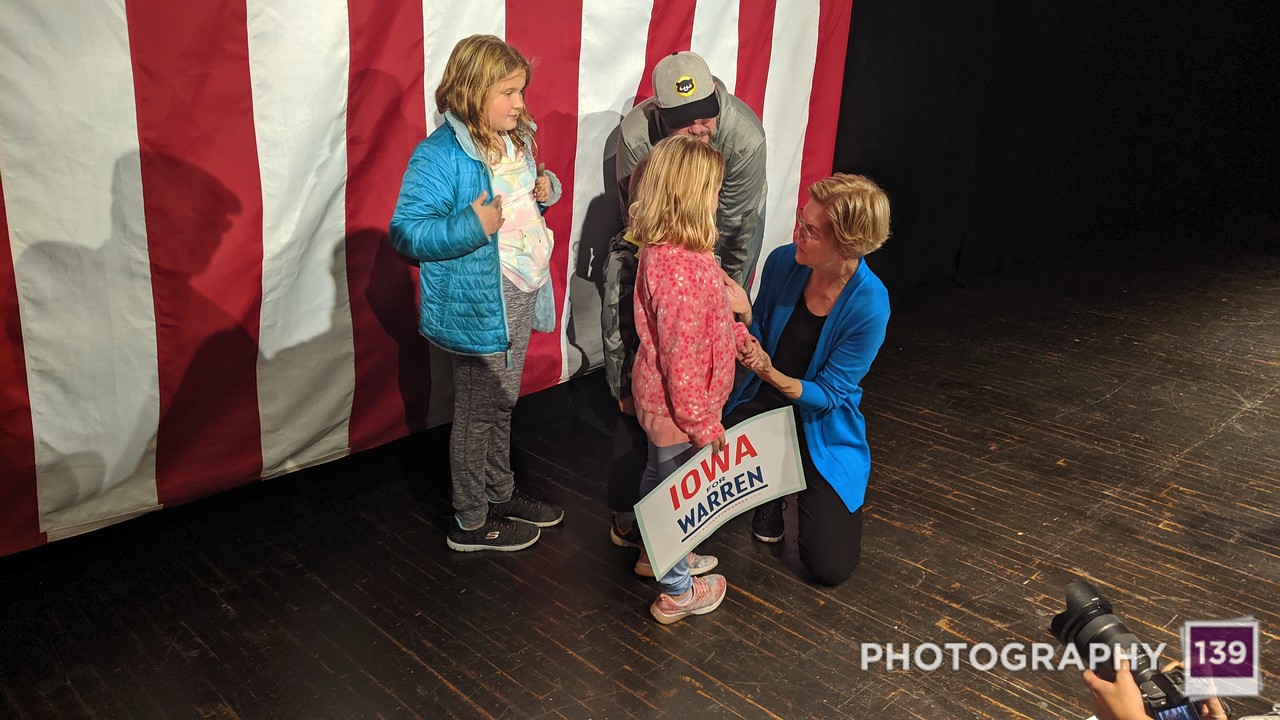 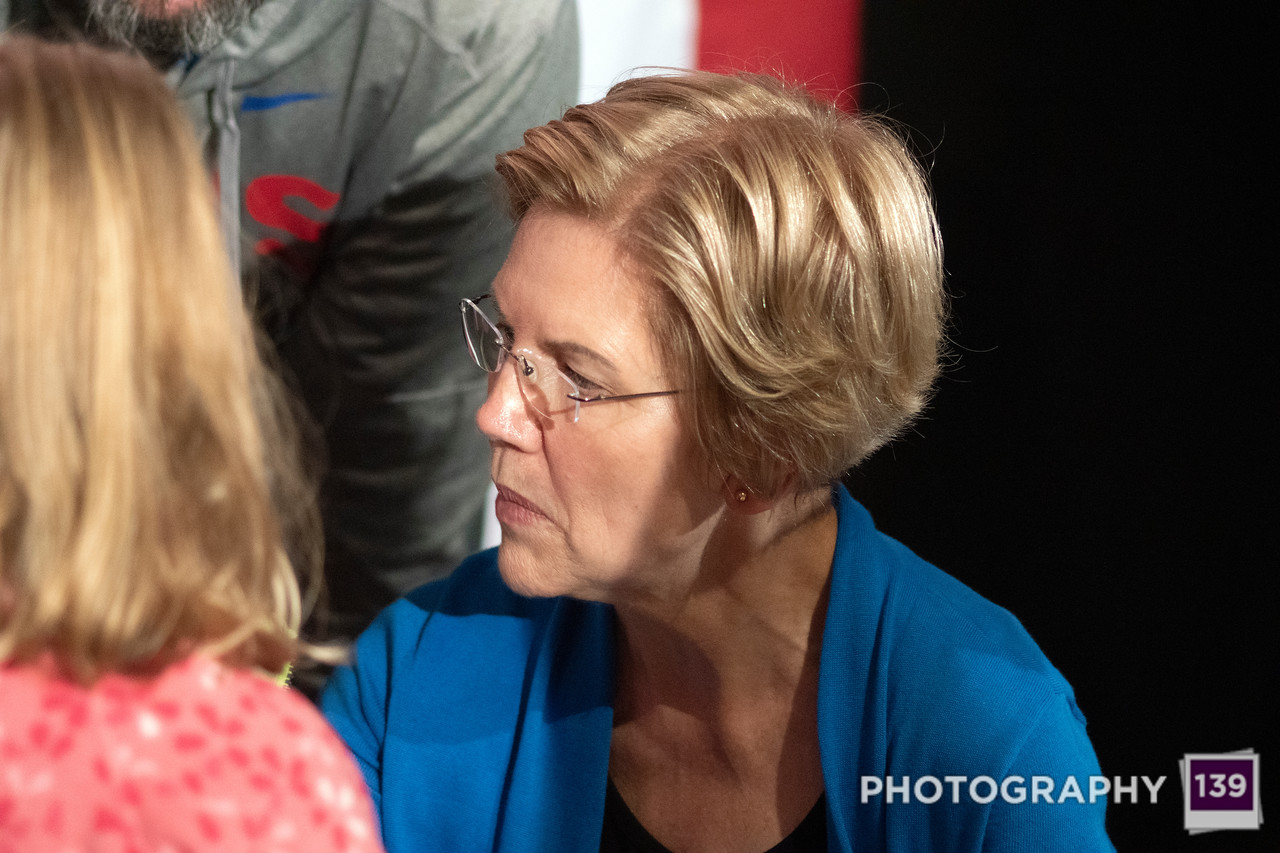 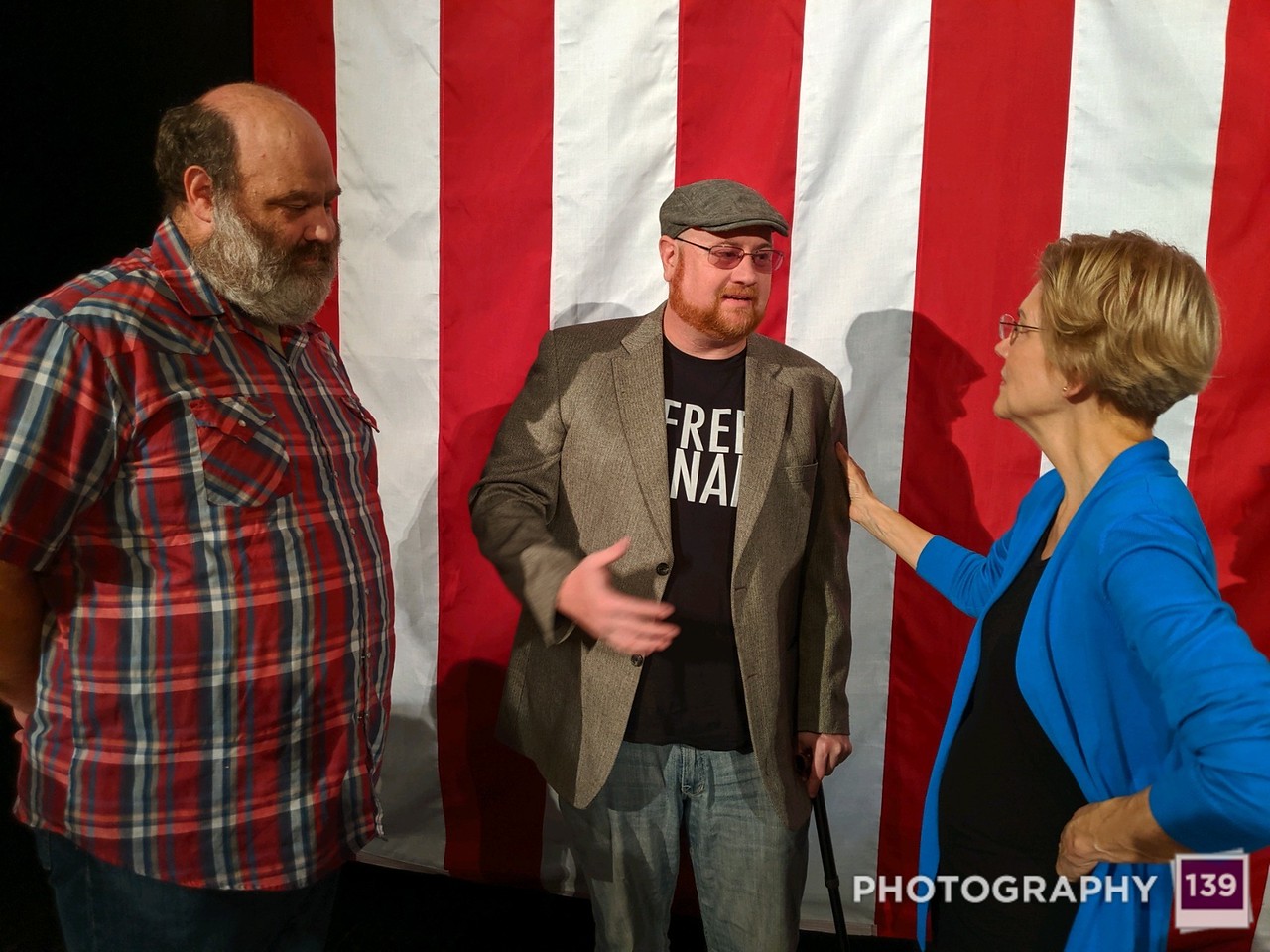 I don’t know that I’ll go see any more candidates. But I might go see a couple of my finalists again, if given the opportunity.

This is your reminder that this week’s WEEKLY PHOTO CHALLENGE theme is ORANGE.

An ORANGE image is an image where the color ORANGE plays an important part of the composition. The subject of the picture could be ORANGE, for example.