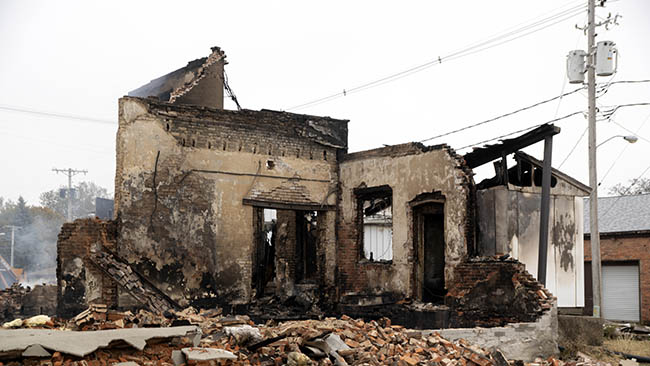 Back in November, the grocery store in Ogden burned down, making Ogden the latest small town to become a food desert.

What is a food desert?

As defined by the United States Department of Agriculture, a food desert is an area in which at least a third of the population lives more than mile from a supermarket or grocery store, or ten miles for rural communities. Now the closest grocery store to Ogden is Fareway in Boone. Hy-Vee is you take Old 30.

The closest Ogden has to a grocery store is a Dollar General. Which is unfortunate because dollar stores are increasingly becoming the only thing close to grocery stores that many rural and urban communities have. This is bad because while dollar stores sell food, they very rarely sell fresh food or even healthy food. Instead, they concentrate on selling unhealthy foods like candy, chips, and pop. Few than 3 percent of Dollar General stores offer any healthy options at all.

Unfortunately the recent dominance of dollar stores in urban and rural areas isn’t gong to be reversed because of the increased concentration of food distribution, it is more difficult for independent grocery stores to survive. It becomes a never ending cycle because having a dollar store in your town can actually make it poorer. The average rural grocery store supports 14 employees, while the dollar store has only 9 employees. Those 9 employees make 30% less in wages.

Essentially, dollar stores move to poor areas and then lock in the poverty in the area to keep their customer base. Lower wage employees force taxpayers to subsidize the health care of these employees.

For more information on what you can do to keep dollar stores out of your town, click on the link below:

Here are some pictures from the remains of the Ogden grocery store: 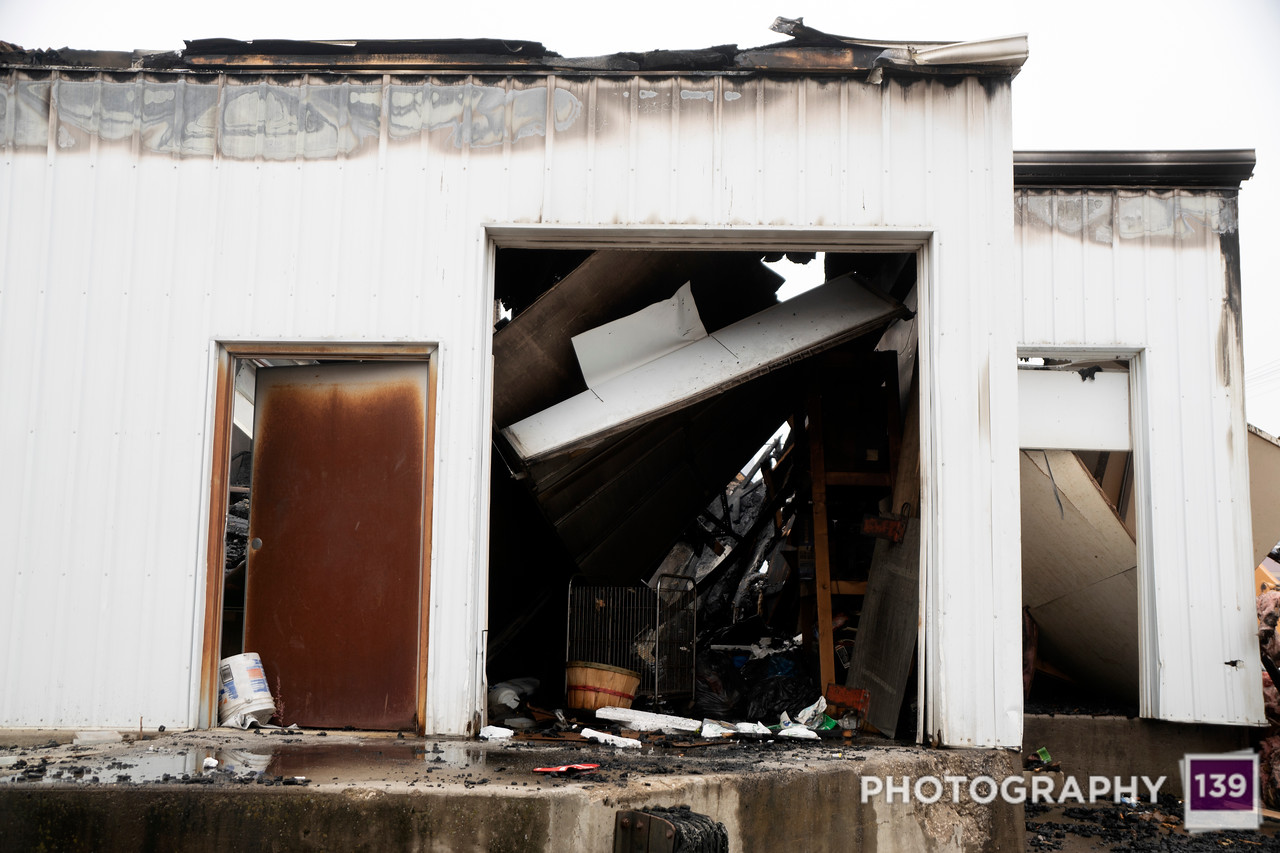 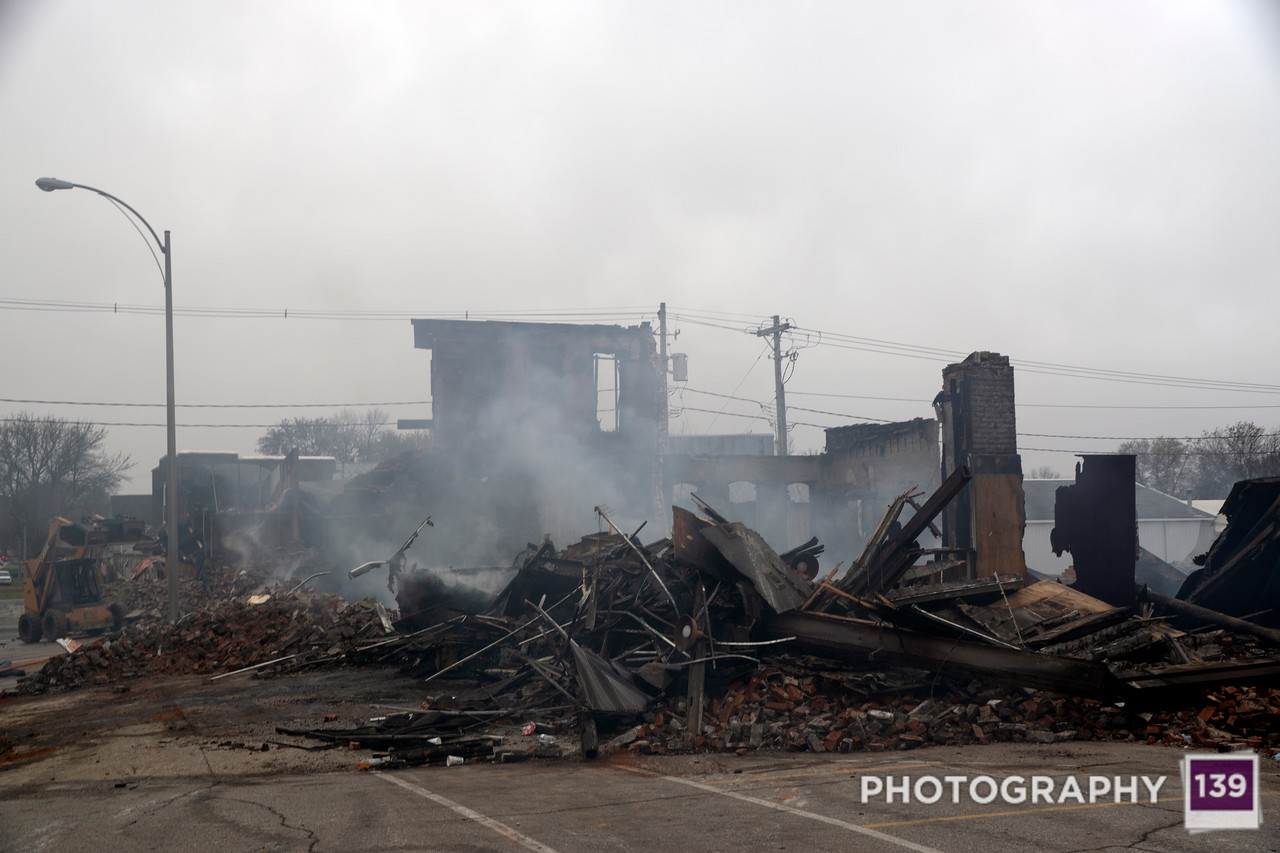 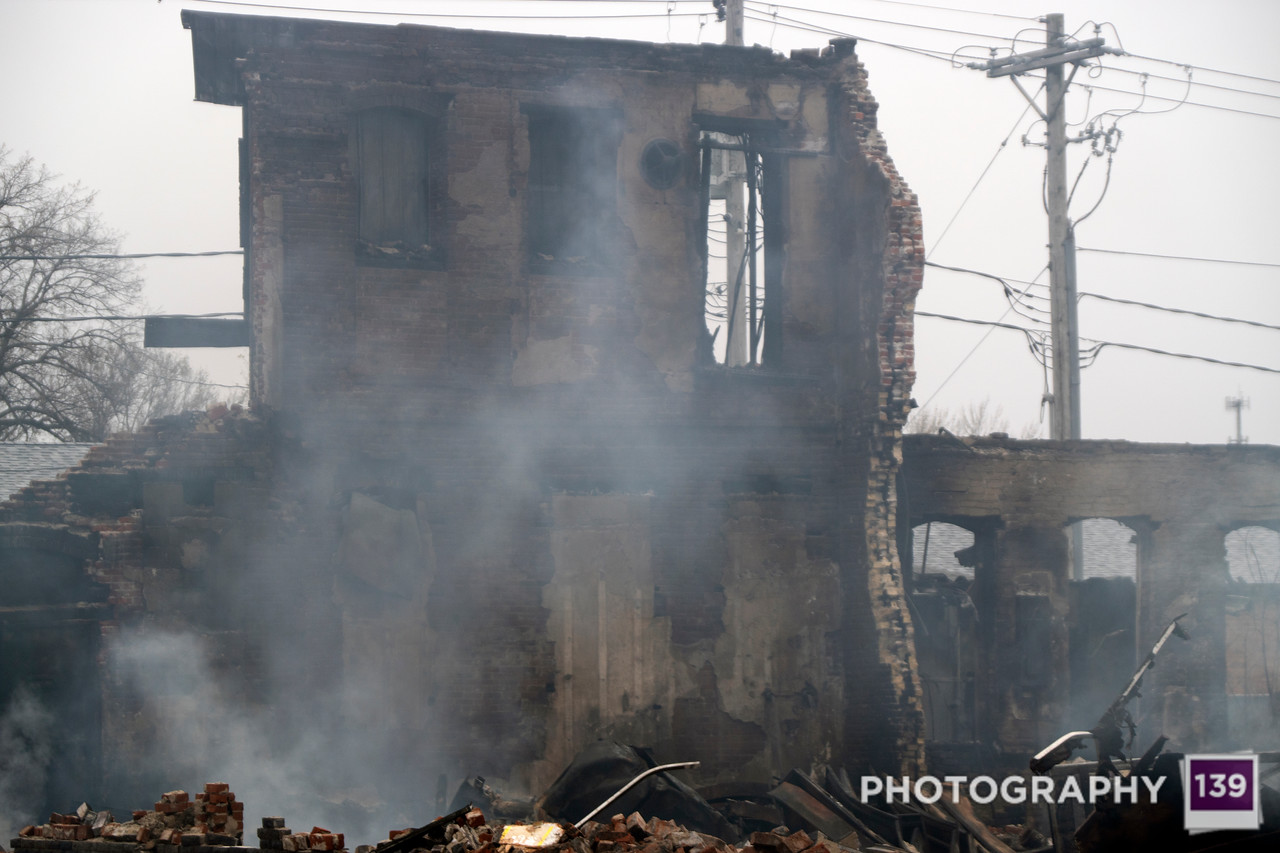 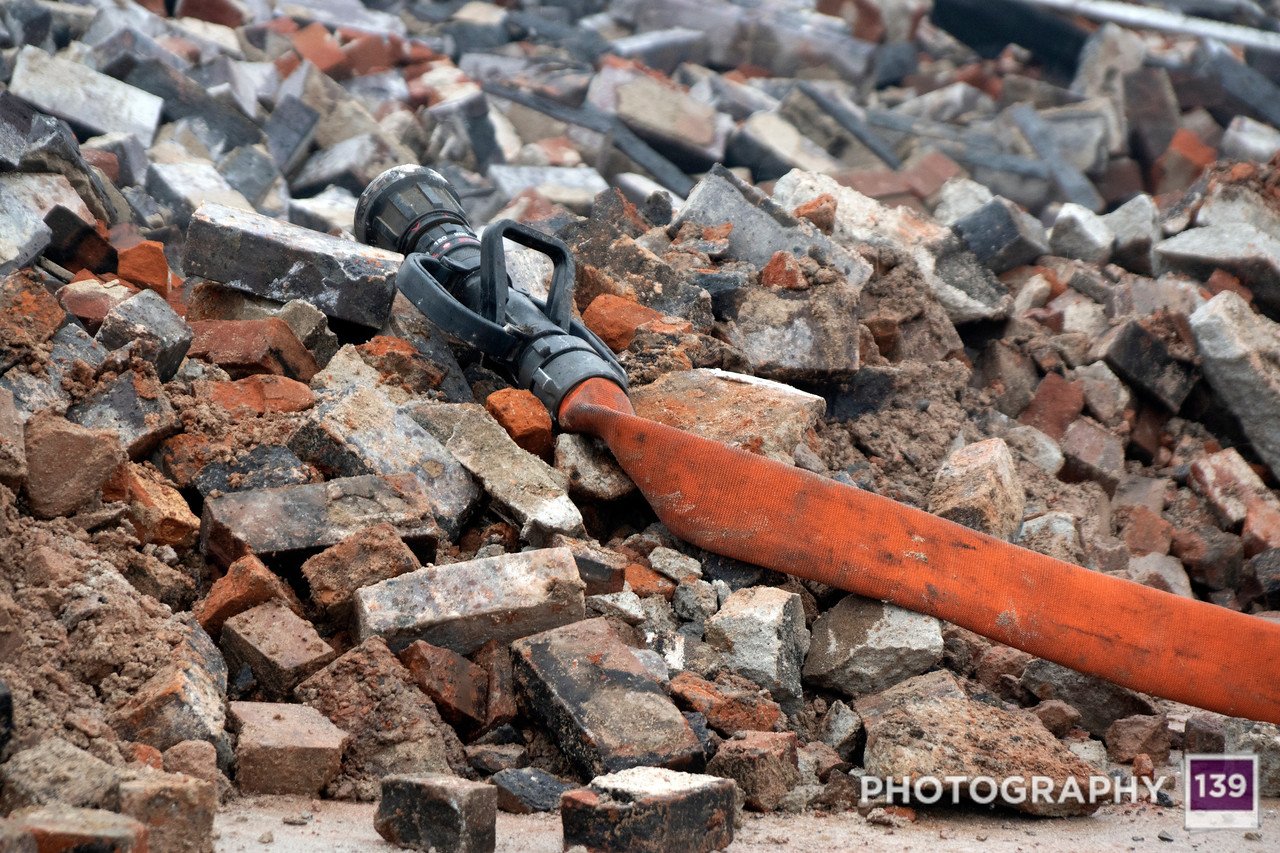 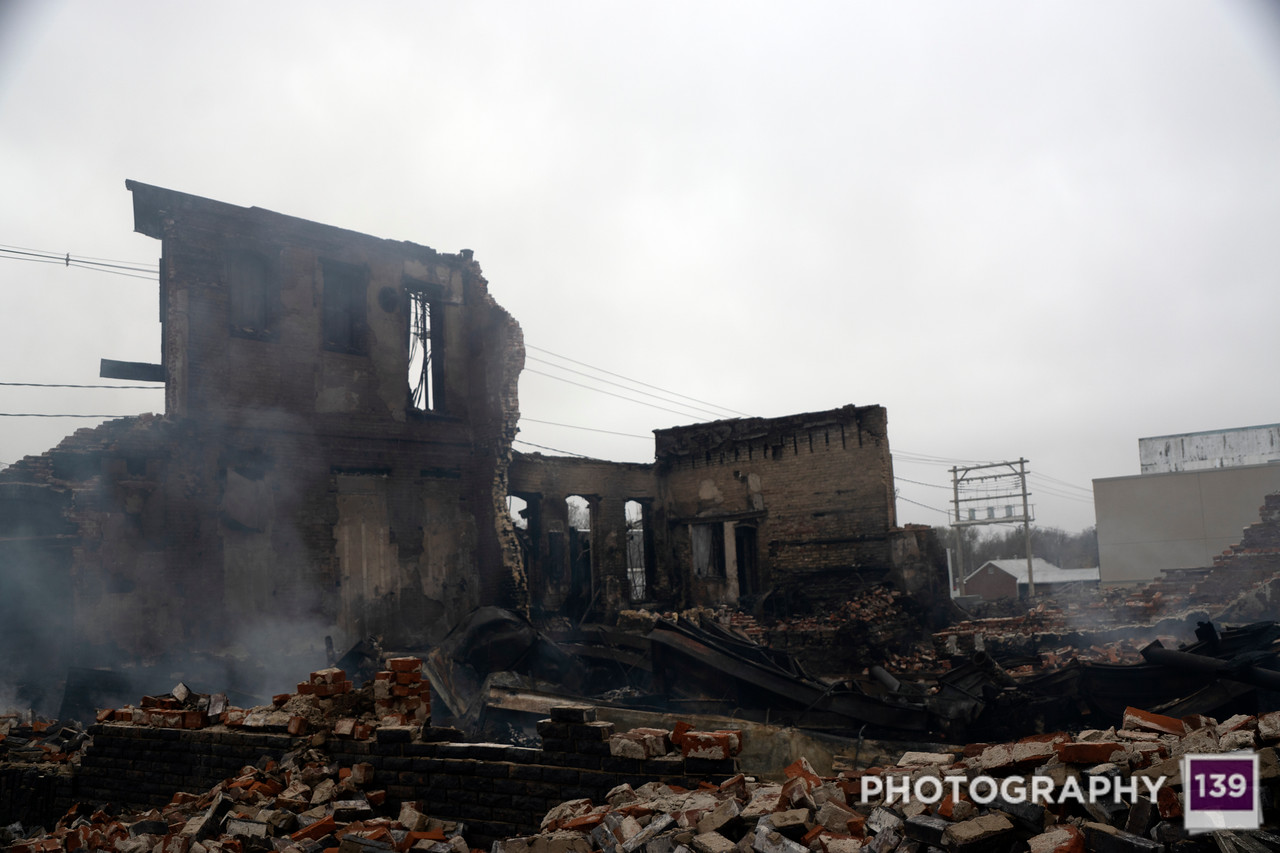 I wish I would have got some pictures of the grocery store burning down, but that night I was at a Boone High School production of “Into the Woods” where Autumn and Akela from the youth group gave amazing performances. As did Nick who hasn’t joined us for youth group this year. Hector and Leah did some solid work with the tech crew. As did Anders’ son.

It was a busy night in Boone County. A train derailment closed down the Hy-Vee and another garage in Boone caught fire. I didn’t get any pictures of those.