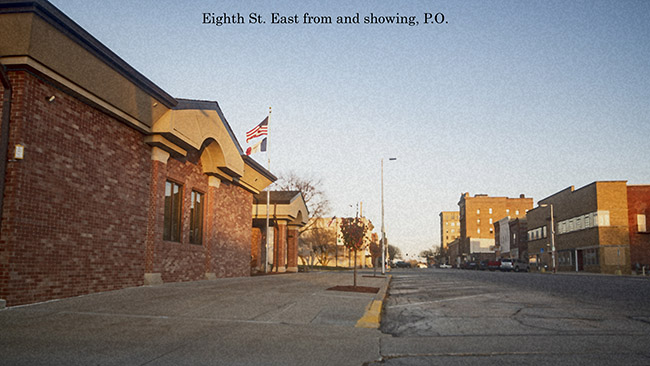 Today’s collection of recreated postcards are from downtown Boone area. When I recreated one of them, I did learn something about Boone history that I didn’t know. A fascinating, dry and itchy piece of Boone history.

The first picture is in downtown Boone, looking east down 8th Street from where the Fareway offices are.

If I had to take a stab as to when this postcard was produced, I would say either 1907 or 1908 or maybe 1909. On January 28, 1907 the Butler House (a hotel) burned down. That hotel would be the first building east of the old Boone Post Office, which is the first building on the north side of Eight Street in the picture. The Butler House was a three story building. That spot was replaced by the Hotel Holst. It was a four story structure that was built from 1909-1910.

The second picture is from a postcard that I’m not sure why anybody would want it. It is simply a picture of Tama Street looking north from the intersection with 4th Street.

Not much to say about the history in this postcard. It does appear that most of the houses in this postcard are still standing, which is good, because it made it easy to find the location for this recreation pretty easy.

The final postcard recreation is a postcard of a business that I didn’t know ever existed. Which makes sense, because it was gone 50 years before I was born.

Here is some information about The F.W. Fitch Company from Wikipedia:

Fitch moved his business to Des Moines at 15th and Walnut Streets in 1917; this district, F. W. Fitch Company Historic District, is now on the National Register of Historic Places.

The Fitch Company sponsored a national radio broadcast, The Fitch Bandwagon, from fall 1938 to spring 1948. It had with three different formats. The first featured many popular musical acts in its early years, including Cab Calloway, Ozzie Nelson, Tommy Dorsey and Guy Lombardo. The second was a variety show starring Cass Daley that featured popular bands between skits. The third and best-remembered version starred Phil Harris and Alice Faye for a single and final season; they later spun The Fitch Bandwagon into their long-running show, The Phil Harris-Alice Faye Show.

The company did well throughout the early 20th century and during World War II but saw a decline in sales after the war due to the loss of military contracts.

I found some more information on Fitch in a “The Boone News Republican” article from September 13, 1965.

Even though Fitch left Boone over 100 years ago, you can still see where the word FITCH used to hang on the front of the building over the front door. 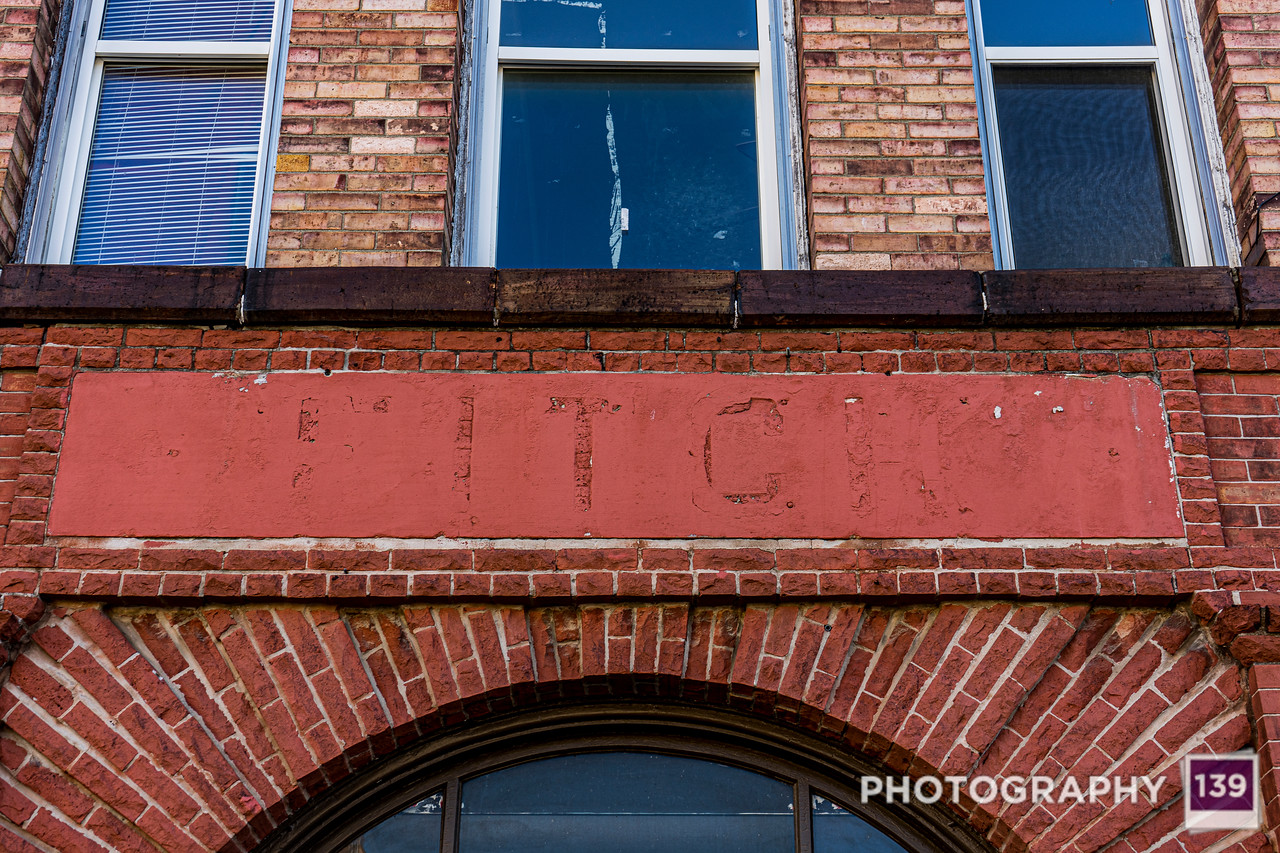 Even though the building is starting to be in poor shape…

It is still in use as a dance studio and apartments. It is on the corner of Keeler and 7th Street.

Next time we tackle THE POSTCARD RECREATION PROJECT, it will probably involve the library.