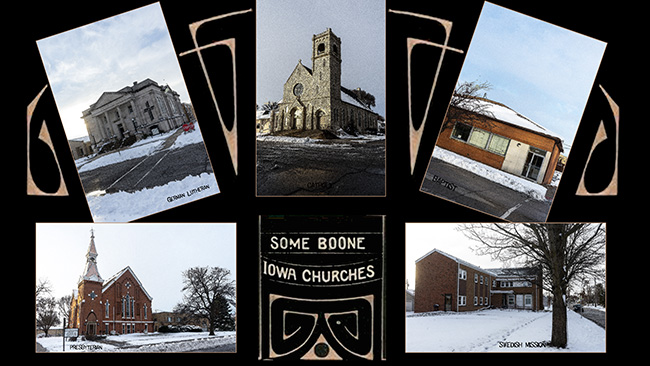 Here we are, the last day of 2020. That means it is time for me to share the December image from the 2021 Photography 139 Calendar. Because of the pandemic, I got to deliver very few calendars in person this year. I think the only reactions that I got to see in person was from Alexis, Vest, and the Degeneffes (sans Melissa). Pretty much every other calendar delivery was done by leaving a calendar on a desk at work or a calendar in an envelope next to a front door or through the hard working folks of the United States Postal Service. While the response sometimes ranged from crickets to “I have a calendar on my phone, but thanks”, I did get a couple pictures sent to me of people’s reactions to getting the calendar that I want to share because they are amongst my favorite pictures I have received on my Pixel 5.

Those pictures really made my day(s)!

The December image of the 2021 Photography 139 Calendar is taken of the cross on top of the Boone First United Methodist Church with Rodan139. It was my Merry Christmas picture in 2019. That cross also appeared in the January 2018 Calendar image. It also appeared in the 2010 Calendar for December. Probably the item to be most included in the calendar. More than the High Bridge or the High Trestle Trail Bridge. That might require more research though. The picture was taken on December 23, 2019.

Today’s THE POSTCARD RECREATION PROJECT old-timey postcard I’m working on recreating is a postcard with a picture of 5 different churches. Of the 5 buildings. Only two are currently standing.

The Catholic and Presbyterian churches are still standing. No problem finding those churches.

The Baptist church burned down in the 1940s, but it wasn’t hard to figure out what congregation used to be in that building. It was a little challenging to figure out where the Baptist Church used to be. Because they didn’t rebuild on the same location. Here are some pictures from the Baptist website of the fire:

The German Lutheran church building also… wait for it…. burned down. But, the building wasn’t a total loss. They moved it to a different corner of the lot that they are still on and built a new building where the original church building was located. It was used as a school, until they finished building another school. Then I assume it was torn down. The trail grows cold there. Here is some info on the fire from Trinity Lutheran’s website:

About 12:20 o’clock Thursday noon a fire was discovered by Fred Erbe son of the Rev. Otto Erbe in the belfy of the German Lutheran church at 12th and Boone Streets. The fire company was called at once and when they arrived flames were shooting out of every side of the tower. The fire was a mystery as the windows were protected by wire netting to keep birds from building nests and it was said the electrical wires were in first class condition. The only explanation for the fire is that the insulation on some wire that was not noticed burned off and set the tower afire. It was very hard to get at the flames, and they gained considerable headway before the fire company was able to control it. For a time it looked like the steeple would topple over onto the parsonage just south of it, but this did not happen. Perhaps the greatest loss was the pipe organ which had just been installed at a big expense, and which was situated under the steeple. This was damaged by water and some of the pipes were affected by the fire. Luckily the fire did not spread to any other part of the building or the whole structure would have been gone as it is a wooden building. The entire loss is covered by insurance.

Here is a picture of the fire:

I now had the congregations and the location of four out of five churches from the postcard. That left just the Swedish Mission Church.

Augustana used to have an address of 7th & Carroll address. But so did the Open Bible Church. While researching the Augustana history, it turns out that in the early 20th century, they traded churches with the Central Christian Church, because the trains were so loud that it was disrupting their activities. What I find funny about that, is that the Central Christian Church is on 8th and Greene (different building now) which is only ONE block from 7th and Carroll. Which I doubt makes a huge difference in the volume of passing trains.

I just think it is fascinating that congregations just traded church buildings.

In the end in turned out the Swedish Mission Church is now the Evangelical Free Church. It used to be located on 6th and Monona. Something I located looking at old Boone phonebooks. Which interestingly enough, this location, while it was a different building, housed the LDS Church, before they moved out on 22nd Street.

But at one time, one block in Boone would have housed the Augustana Church, the Presbyterian Church, and the Baptist Church. Across the street to the south would have been the Open Bible Church. Across the street to the north is the Central Christian Church. Half a block to the east, is both the Grace Episcopal Church and the First United Methodist Church. Kind of like the God District in Boone. Cause not far across the railroad tracks was Trinity Lutheran and Sacred Heart Catholic.

That is probably enough backstory. Here are the results of all that research: 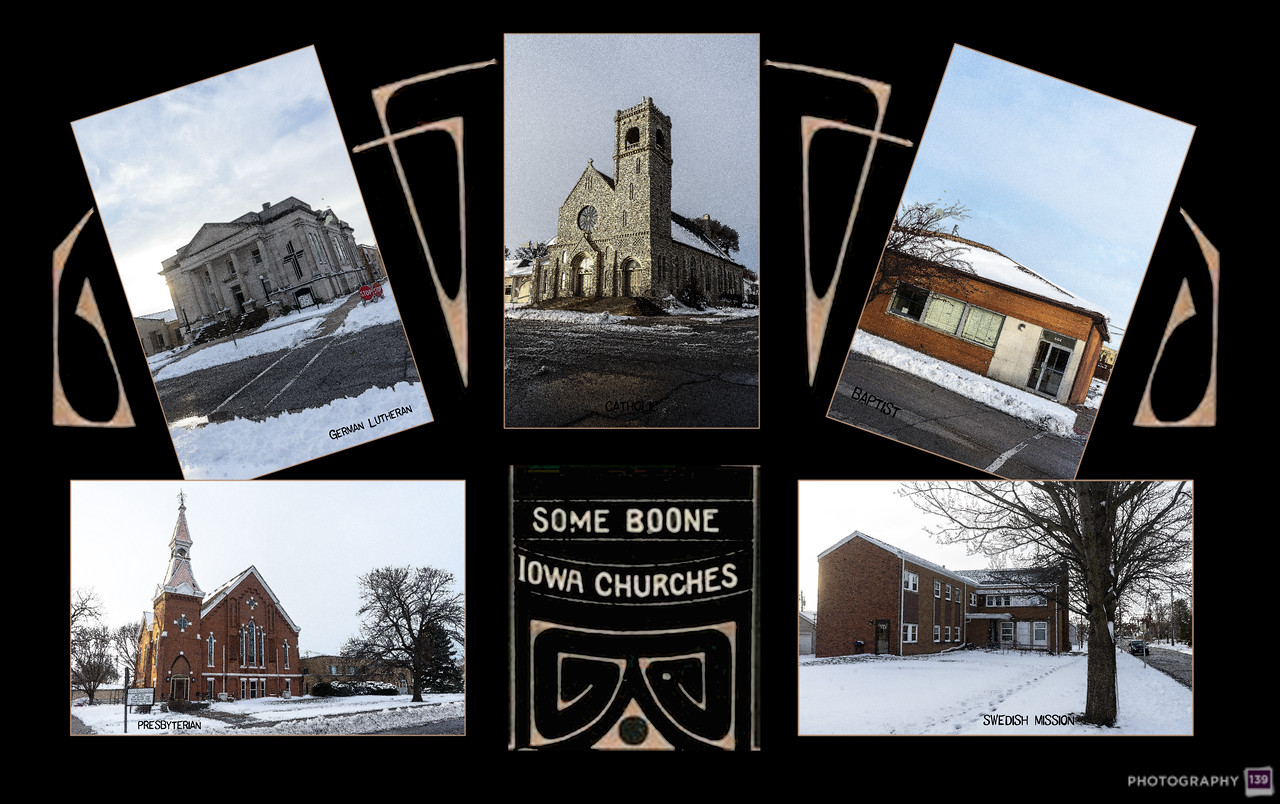 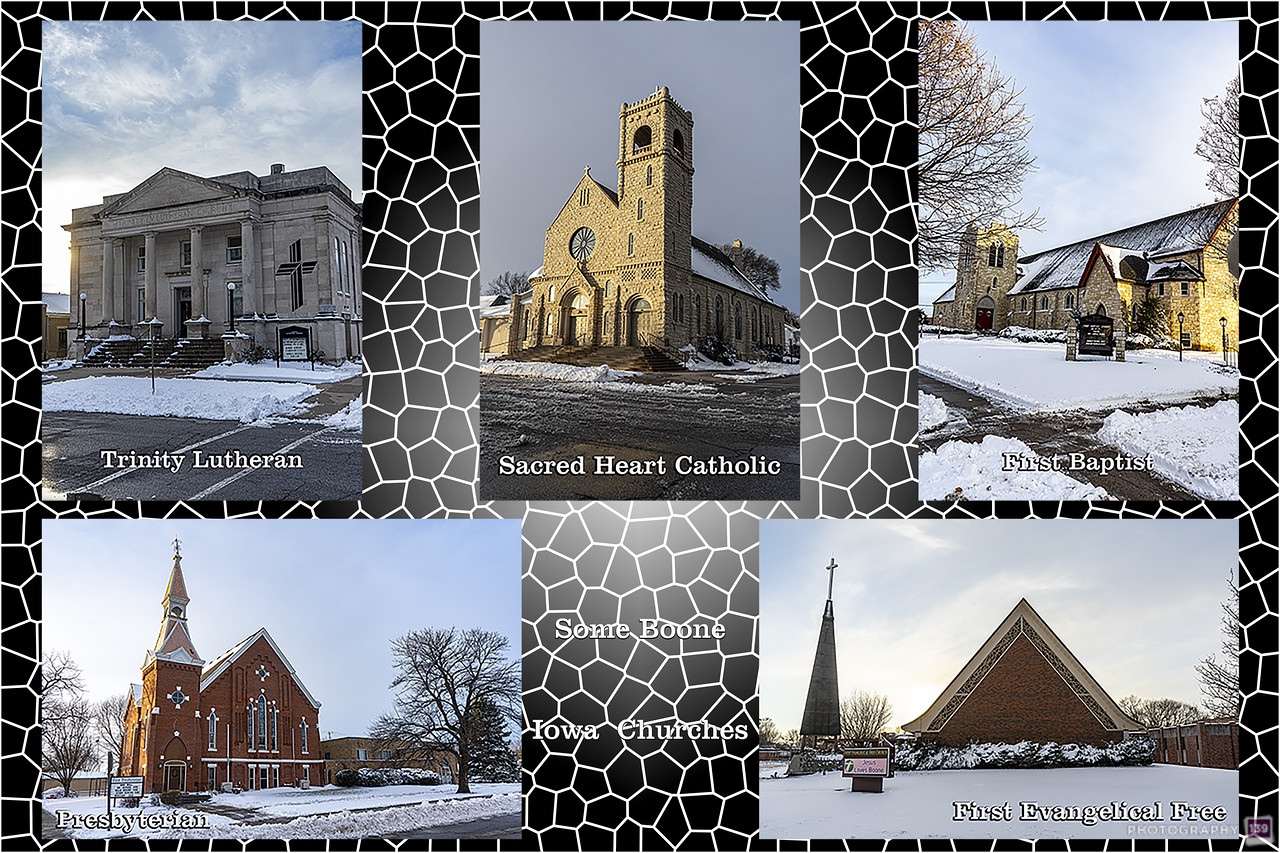