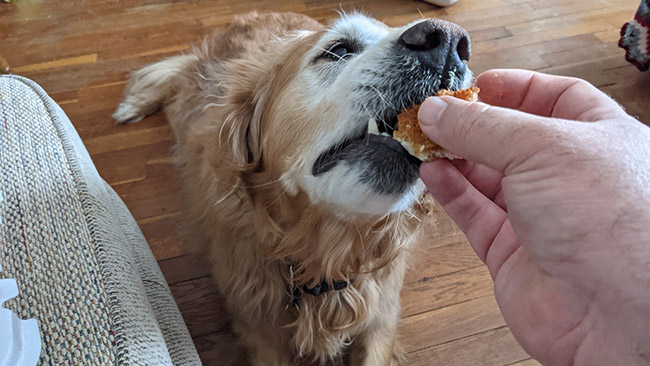 Would you believe that I haven’t posted a tenderloining post since February 5… of 2020? I mean, that just flat out sucks people. I know there are much worse things that have happened due to the horribly mismanaged pandemic, but throw that log on the dumpster fire too.

It isn’t that I haven’t had any tenderloins in the last year. I’ve been to Cole’s for their tenderloin. Sat outside in a Slater park, re-acquainting myself with greatness. And… that is it. I’ve had a few home tenderloins, but I think that this is the only tenderloin I’ve had from a restaurant.

Now make it a second tenderloin I’ve had since the beginning of the pandemic. Usually on Friday, my Mom picks up lunch from a local restaurant and brings it to me, to eat in the moments when I put down my pick. Usually that means garlic chicken from New China or the Friday rib special from Jimmy’s.

We’ve been trying to branch out in the last few weeks. A couple Fridays ago she brought me the tenderloin from Toby K’s Hideaway. Now this is a tenderloin that I’ve had and enjoyed before, but have never officially reviewed.

It isn’t quite fair to review it under these circumstances, for reasons I will get into, but I think a fair overview of the tenderloin is that it is a good, but not great tenderloin. I’d definitely knock a few of these down, but it doesn’t belong in the Tenderloin Pantheon. So few do. 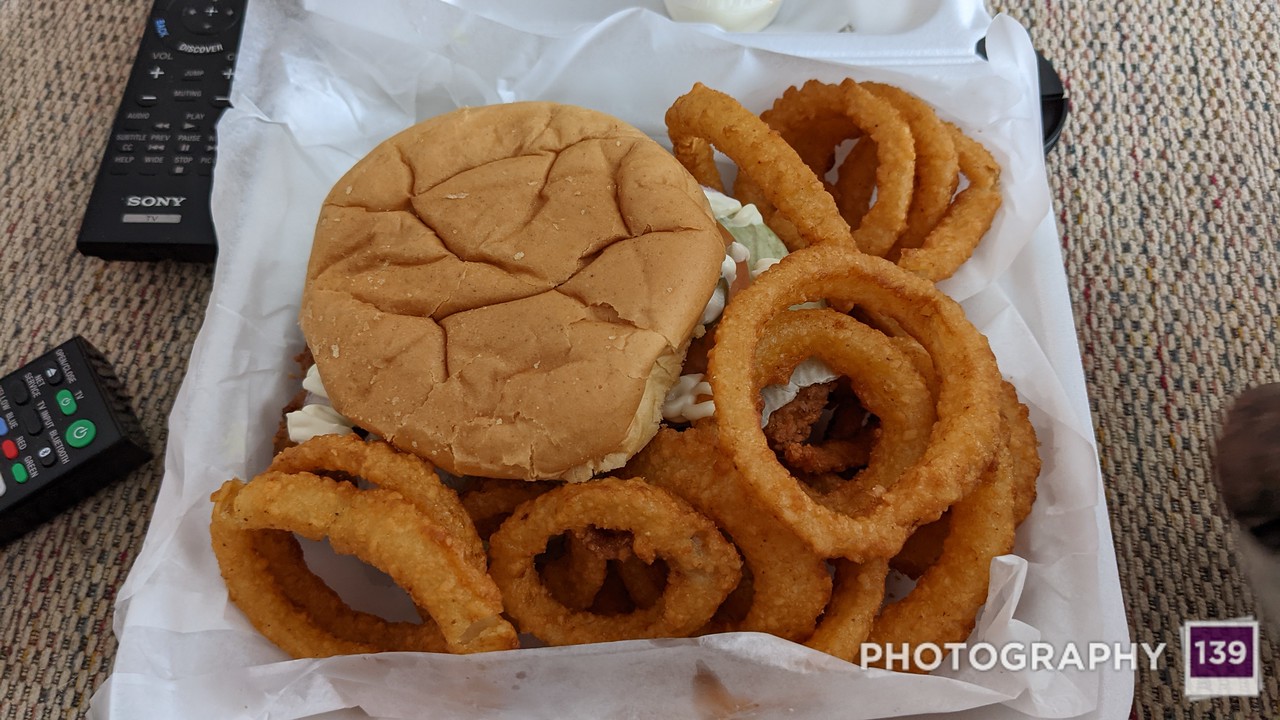 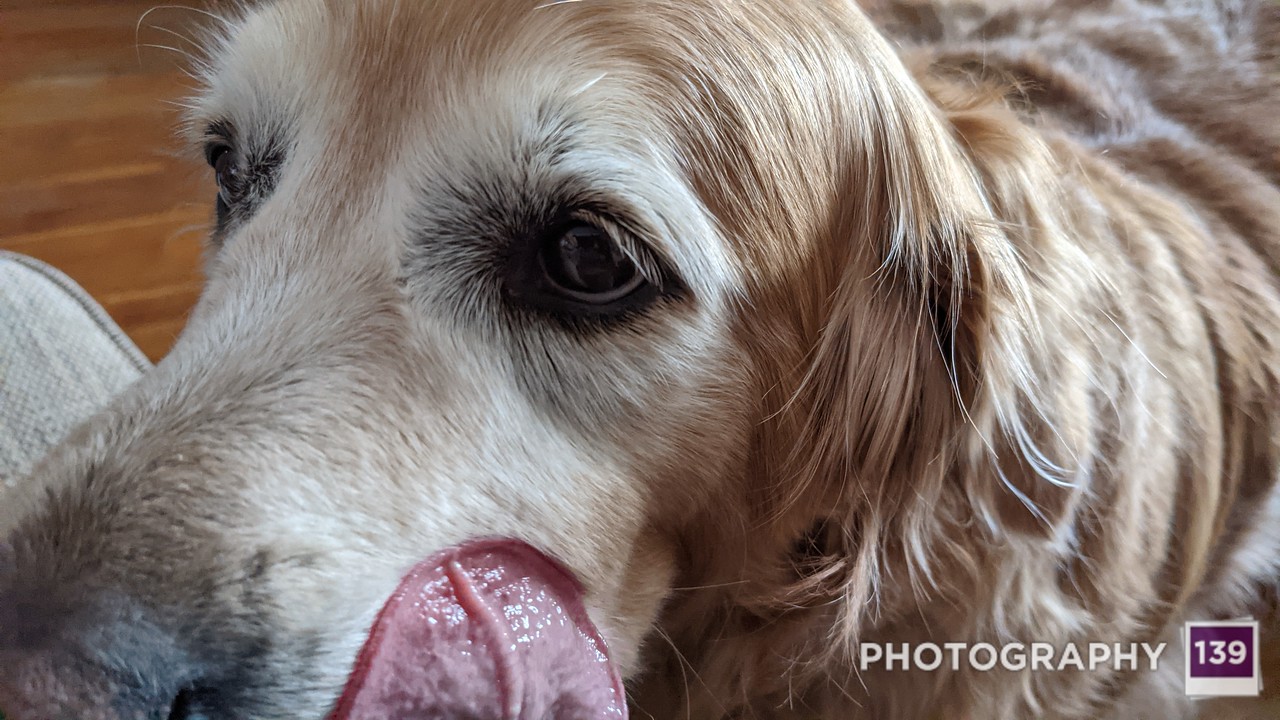 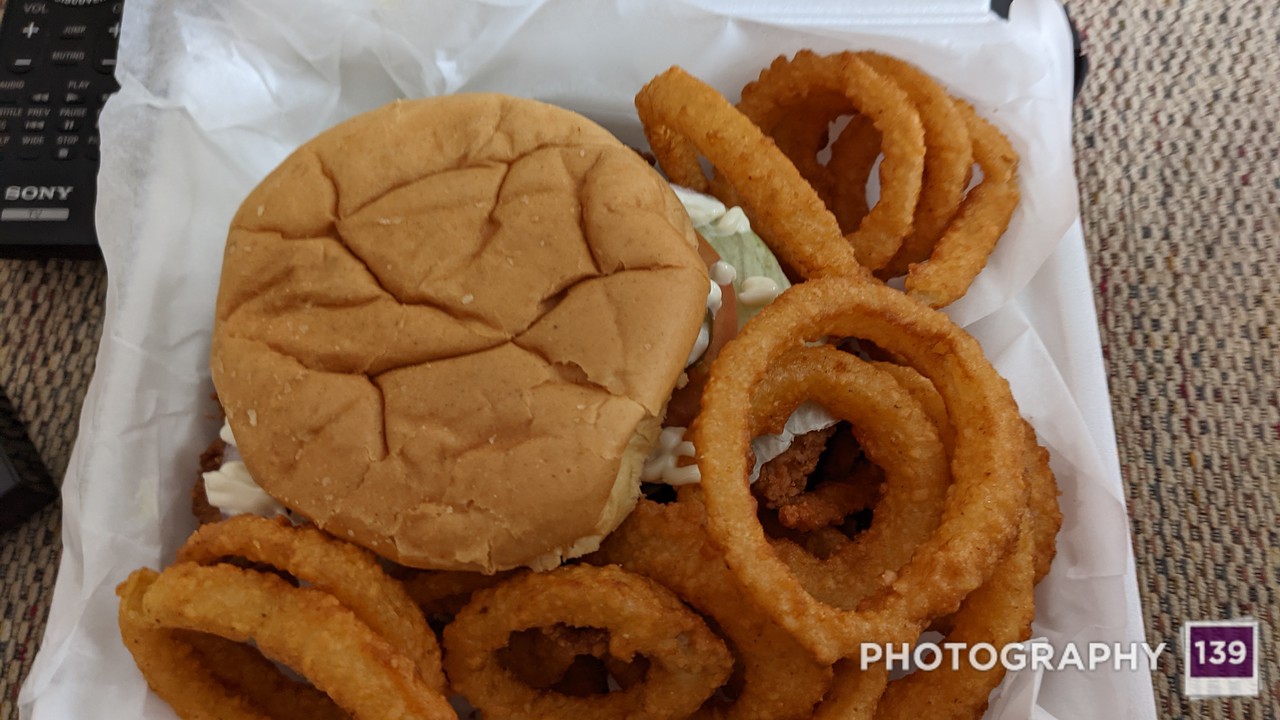 The problem with properly reviewing this tenderloin is pretty obvious in this picture. 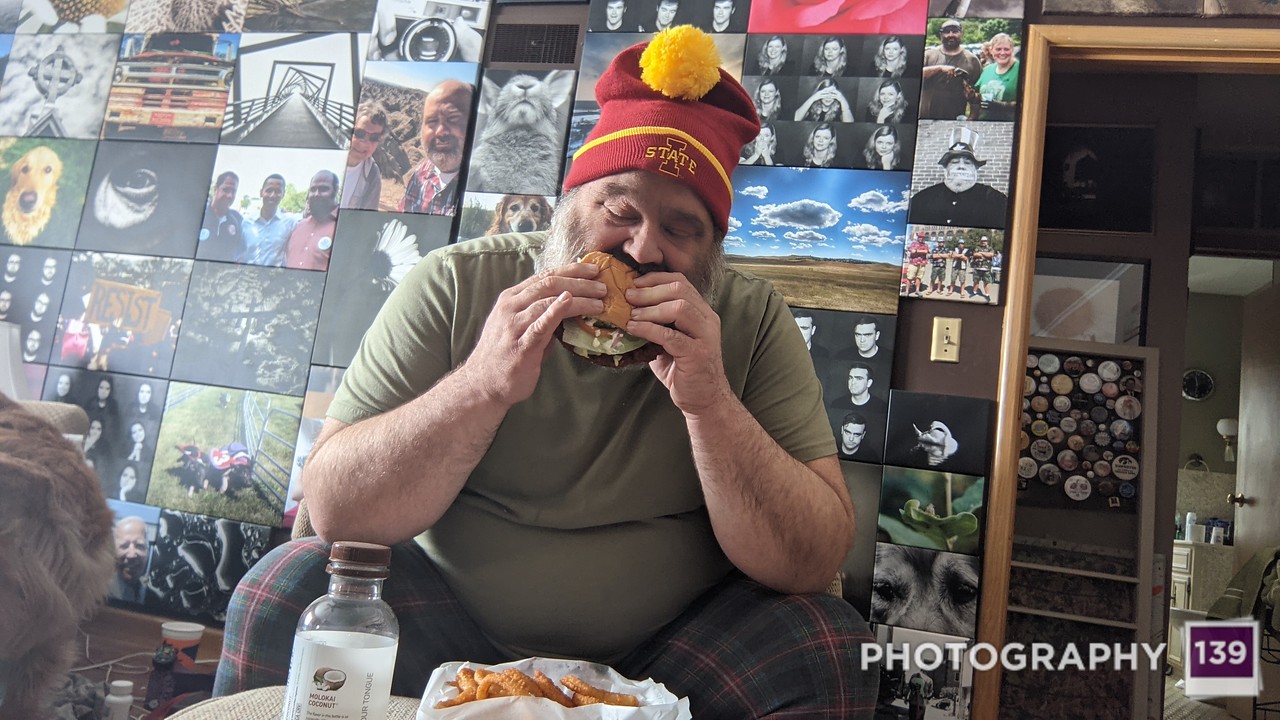 Yes, that is clearly my bathroom in the background. Yes I considered cropping that out. Yes I chose not to crop it out. 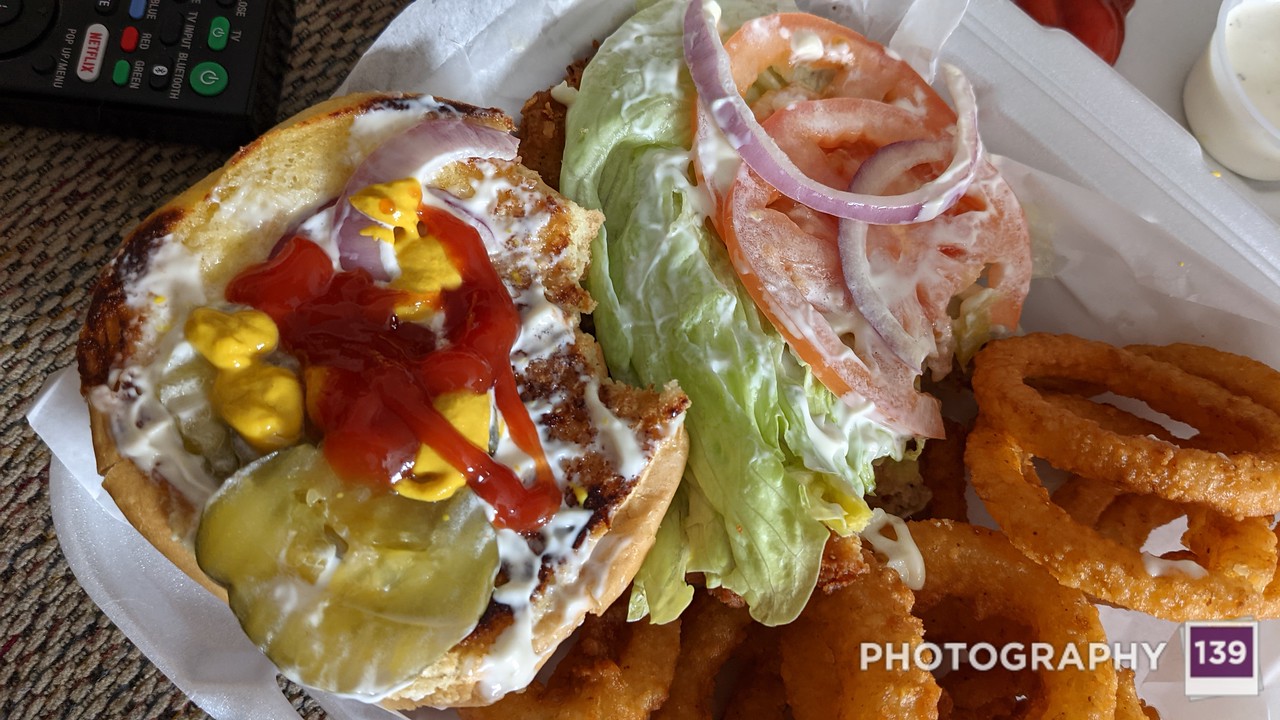 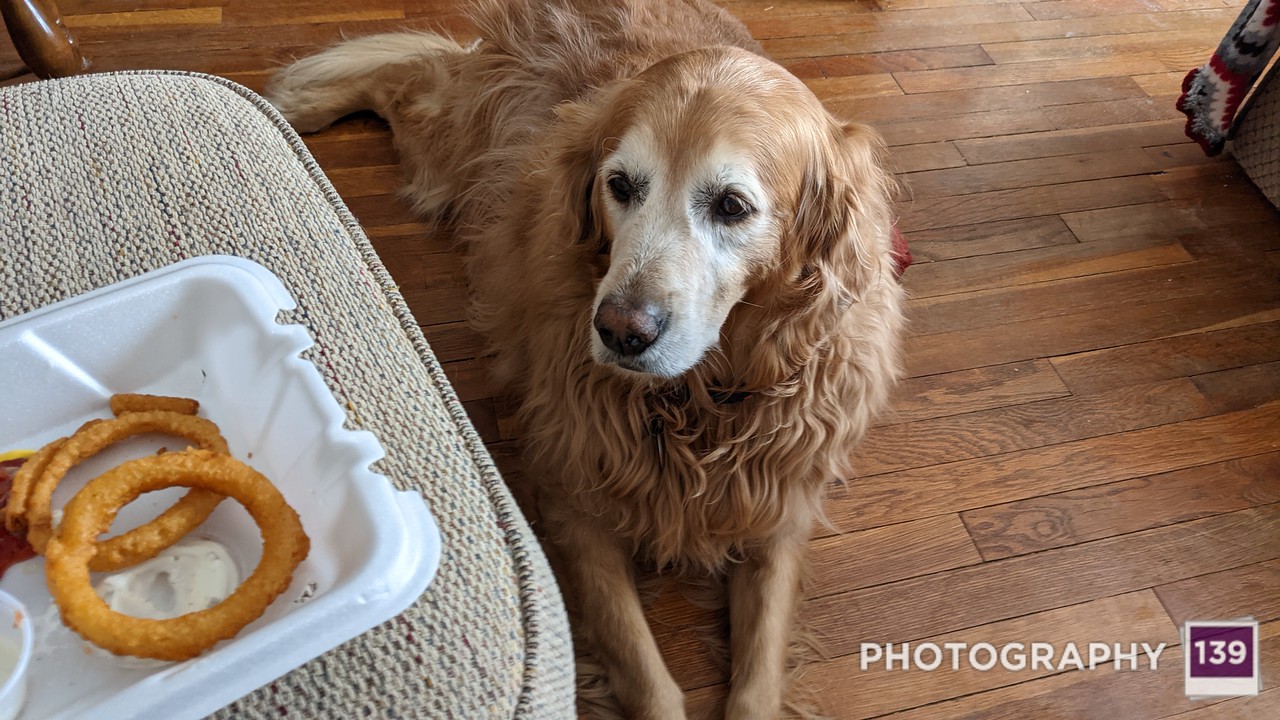 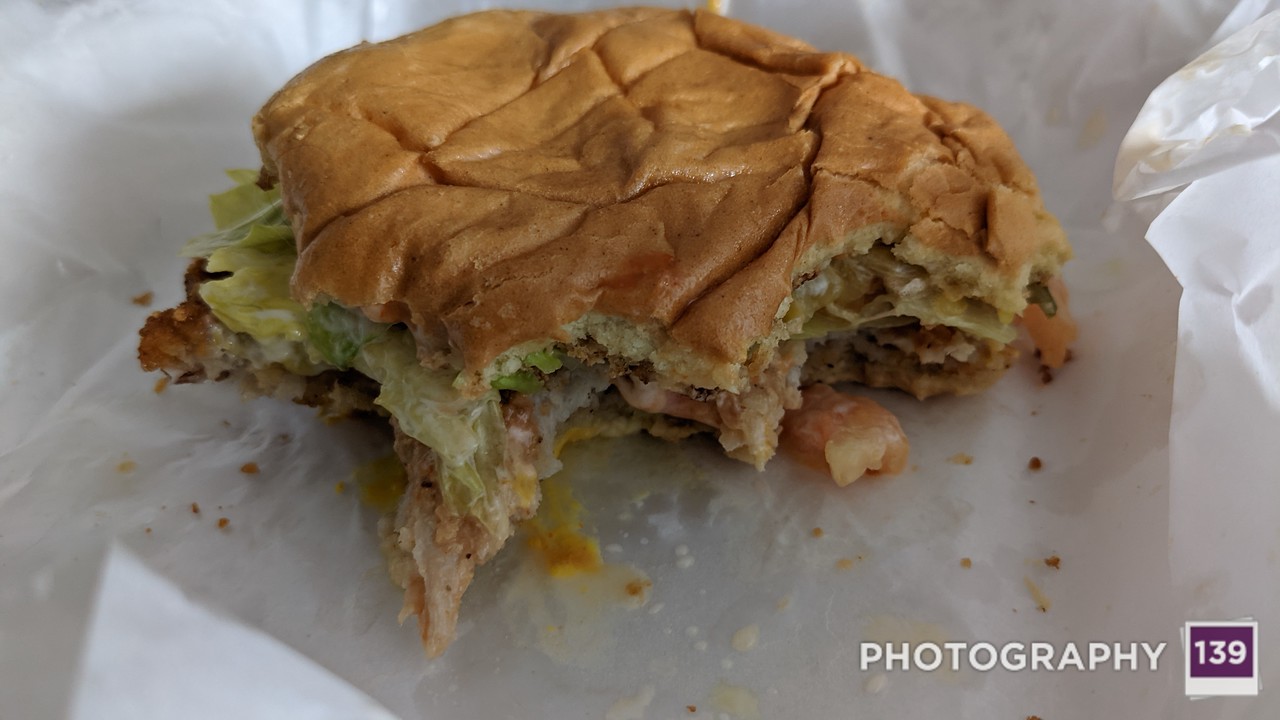 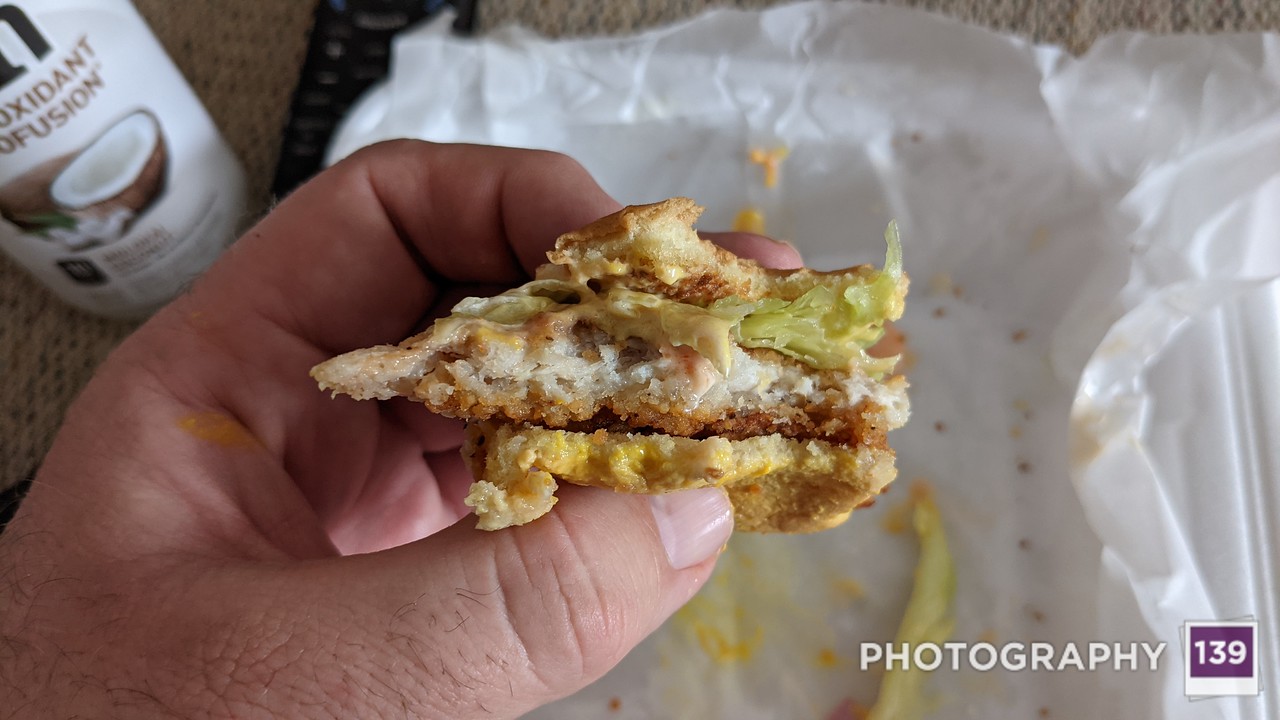 Whenever I review a tenderloin, I order it with what they put on it. There is a proper way to dress a tenderloin and it is the following:

Look at this picture again:

Now you’ll notice that they have dressed the tenderloin with the following:

As you can see…

I personally don’t believe that lettuce or tomato belong on a tenderloin. A burger. Fine. A tenderloin. Nope.

Here is where it gets problematic. The tenderloin I was presented with included mayo. That would normally be a major strike against it. Maybe you like mayo on your tenderloin. That is between you, the pig, and your maker. But it goes 100% against the standards set by the Tenderloin Appreciation Society at The Council of Nicea.

The problem is, I can’t hold that against the restaurant. Putting mayo on the tenderloin was not their idea. My Mom asked them to add mayo. I don’t know why. She must take me for a godless heathen.

So here is my review, but because of the mayo issue, it is for entertainment purposes only. As opposed to the seriousness you give my normal tenderloin reviews.

+ Toasted bun.
+ Right kind of bun.
+ Good bun to tenderloin ratio.
+ Good breading.
+ Good cut of meat. Could have been thicker though.
+ Onion rings were delicious.

+ Mayo. Not their fault, but mayo!

I hope to have another tenderloin to review in the near future. Even if that means going through the Dairy Queen drive-thru and having a pork fritter. Just kidding! A pork fritter is NOT a pork tenderloin. But, I could get desperate.