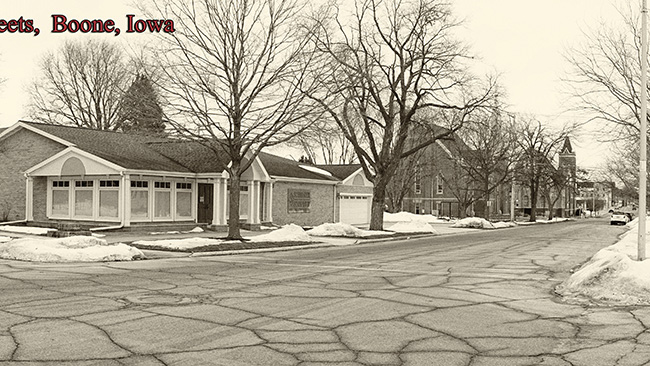 This is a reminder that at this point you have 24 hours to get your picks in for my NCAA Tournament Pool. Click on the link below to get started:

Note: As of this writing, Iowa State hasn’t made it official that T.J. Otzelberger is Iowa State’s head coach. I will write about that when they make it official.

Today’s collection of old-timey postcard recreations are of churches in Boone. Featured in here is the Central Christian Church, the First Baptist Church, the Augustana Lutheran Church and the Open Bible Church. I’ve already covered some of the history of the Augustana Lutheran Church and the First Baptist Church, so I won’t rehash that, so here is some history of the Central Christian Church. A church that will always have a special place in my heart, because it was the church of my Grandma and Grandpa Paris. I’ve been to many a family function at that church, but now I don’t think I have a single family member that goes there. Here is a brief history:

For well over 100 years, Central Christian Church (Disciples of Christ) has served the community of Boone, Iowa and surrounding areas. Our first church building was dedicated in 1876, the same year the church was founded. A second church structure was erected and dedicated to replace the first building in 1893; that building was destroyed by fire was replaced in 1903. An education building with classrooms and office space was added to the north of the 1903 sanctuary, and was dedicated on Mary 23, 1954. The Fellowship Hall, Fireside Room and kitchen were dedicated in 1970. A modern Sanctuary, Library and Choir Room were dedicated in 1979.

Twenty-nine ministers have served the church as “settled” or permanent pastors since 1884, including one associate minister who served alongside a senior minister from 1993 to 1998. The Rev. G. H. Sutton served the longest pastorate of approximately twelve years from 1930 to 1942. The average pastorate length is four and a half years.

The Open Bible Church has a very weak history section on their website, but here it is:

At least there is something I guess.

Now, I mentioned in the past that the Augustan Lutheran Church and Central Christian Churches swapped buildings in 1895. From the Augustana Lutheran website:

A new church was built in 1879 and a parsonage in 1885. Because passing trains often disturbed the services, in 1895 the property was traded, along with $3000 to the Christian Church for the property at 7th and Carroll Streets. In 1901, a new parsonage was built next to the church. In 1910, a basement was put under the church and extensive repairs were made.

This always confused me because the site of the Central Christian Church is a mere 1 block closer to the railroad tracks than the Augustana Lutheran Church. But there is two things I didn’t understand. That the building that Lutherans traded to the Central Christian Church wasn’t on the corner of 8th and Greene AND the railroad tracks weren’t in the same location as they currently are. Now it makes sense. 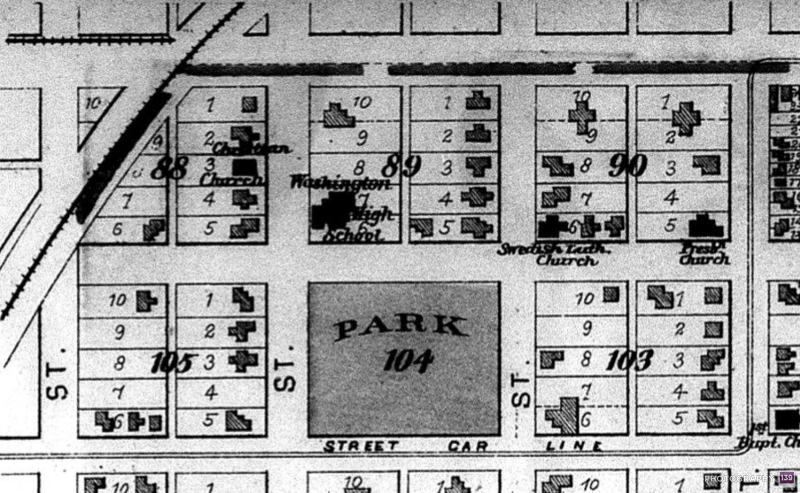 You can see in that map that in 1896, the year after the trade, the Central Christian Church was on Crawford Street, between 7th and 8th. Not on the corner of 7th and Carroll. And right against the railroad tracks. Also, you will notice that back then Augustana Lutheran was called Swedish Lutheran AND the Open Bible Church had not been built yet.

We’ll also consult this map again in a couple of weeks, but for now, here are some old-timey recreations: 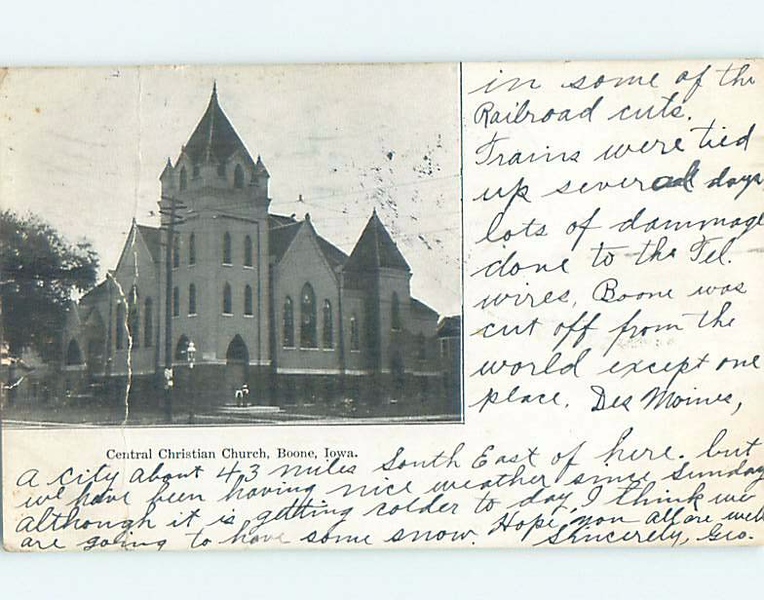 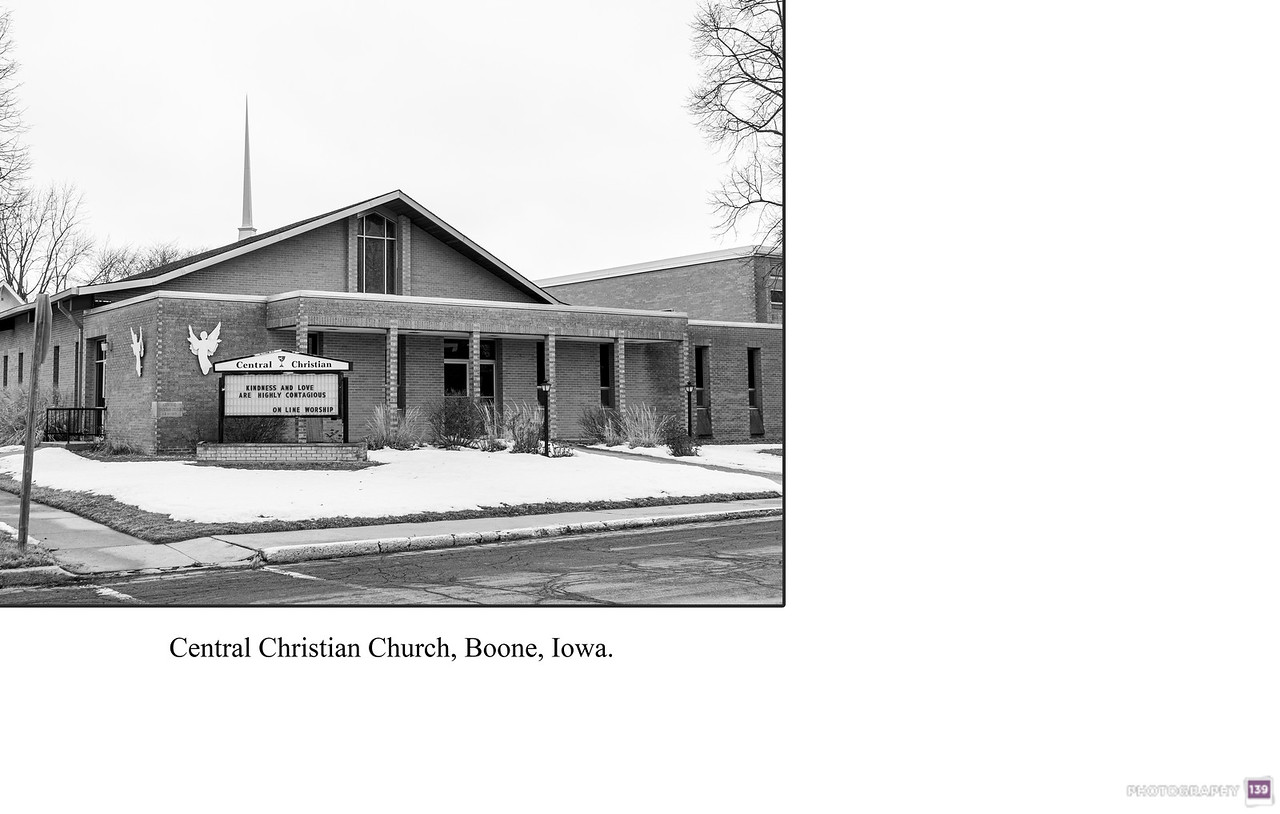 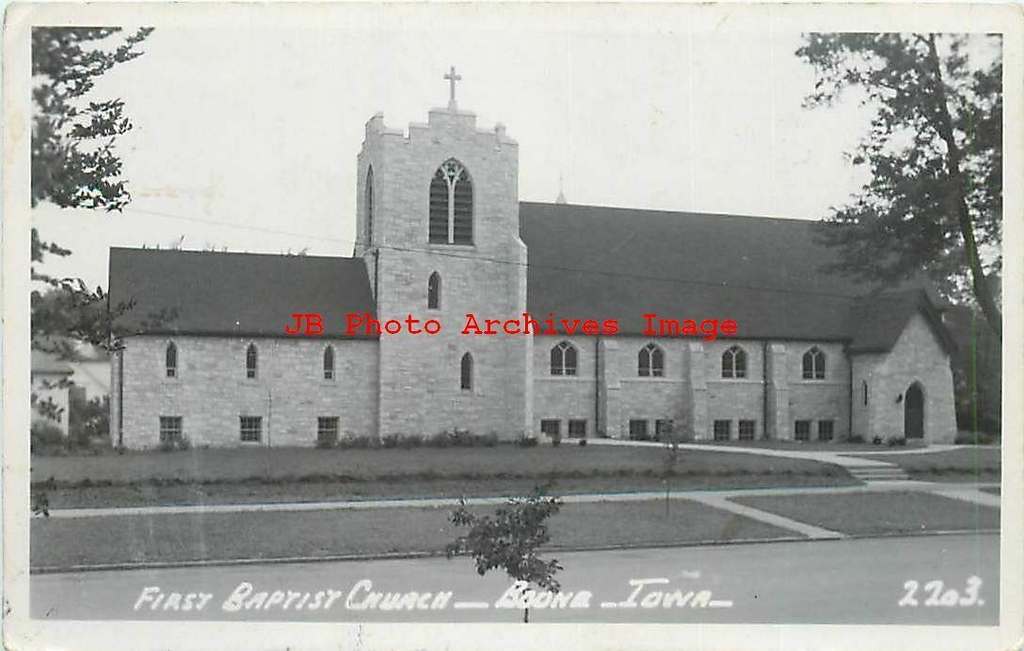 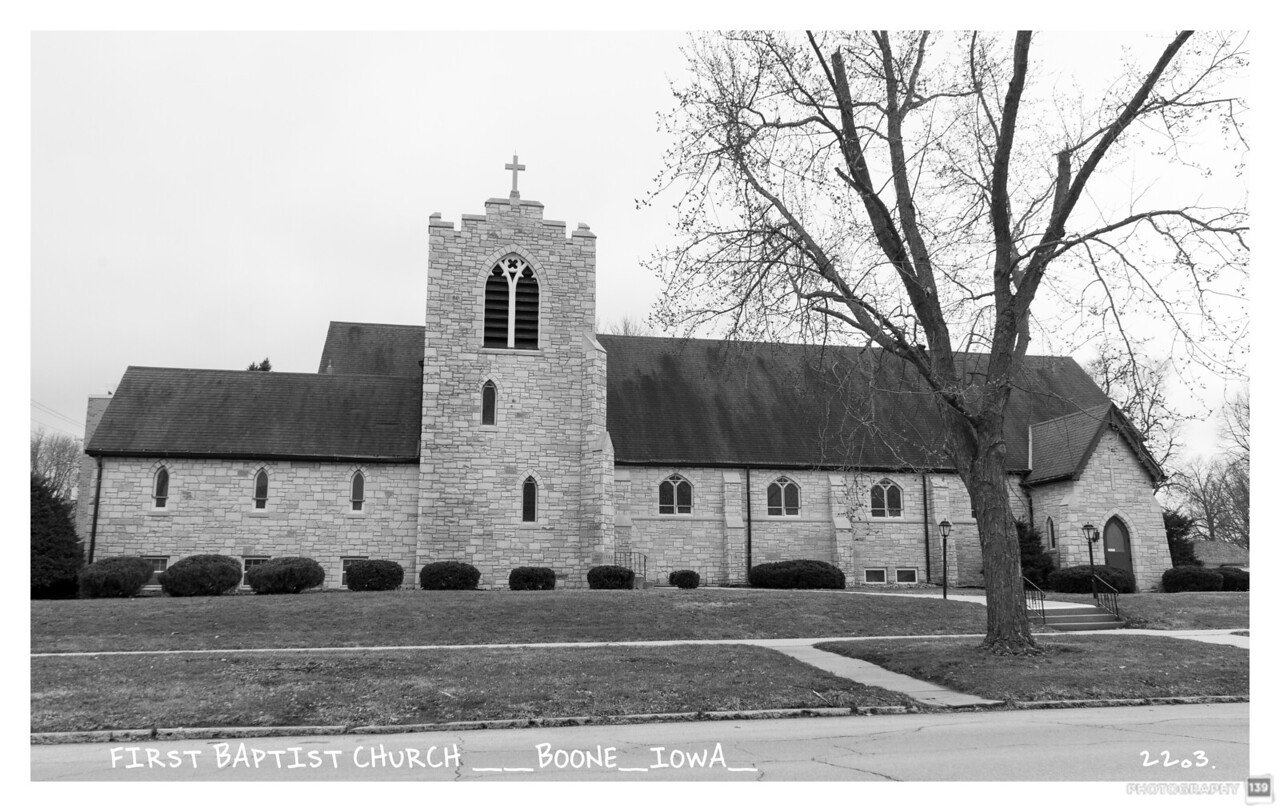 This might be the end of church related postcards. I haven’t really come across any others, but the search continues. The next time we check-in with THE POSTCARD RECREATION PROJECT will involve schools.