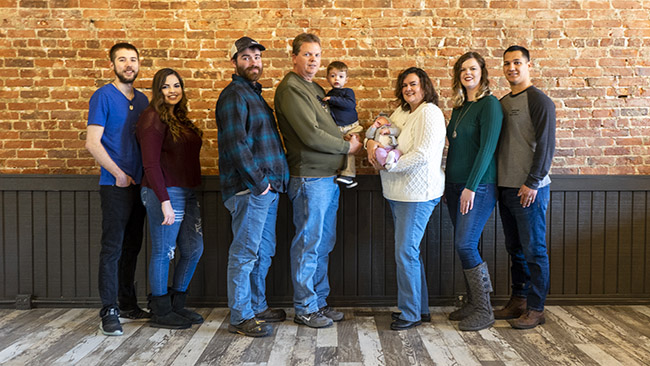 Today is the second Sunday of Lent. I’m going to share a devotional by Reverend Ron Carlson:

Giving up and letting go

It was nearly time for the Jewish Passover, and Jesus went up to Jerusalem. He found in the temple those who were selling cattle, sheep, and doves, as well as those involved in exchanging currency sitting there. He made a whip from ropes and chased them all out of the temple, including the cattle and the sheep. He scattered the coins and overturned the tables of those who exchanged currency. He said to the dove sellers, “Get these things out of here! Don’t make my Father’s house a place of business.” His disciples remembered that it is written, Passion for your house consumes me.
Then the Jewish leaders asked him, “By what authority are you doing these things? What miraculous sign will you show us?”

Jesus answered, “Destroy this temple and in three days I’ll raise it up.”

The Jewish leaders replied, “It took forty-six years to build this temple, and you will raise it up in three days?” But the temple Jesus was talking about was his body. After he was raised from the dead, his disciples remembered what he had said, and they believed the scripture and the word that Jesus had spoken.

It is ironic that the communications folks asked me to develop a devotion based on this passage, known by many as Jesus cleansing the Temple. It is ironic because I can have a bit of a temper and have at times in my life gotten pretty upset. Many times, in an effort to calm me, my wife has reminded me that Jesus did not operate out of anger, but love. I believe that every time she has tried to hold me accountable in this way, I have brought up this story. While many of us have used this story to justify a moment of anger, I don’t necessarily believe Jesus was angry.

Our passage takes place in the temple, as the time of Passover is approaching. When I look at the picture the writer of the Gospel is laying out for us, I imagine more of an open-air market than a sacred space. I picture crowds of people, fast talking vendors, loud noises and enough cattle to keep some of my rural neighbors very busy. It is no wonder that we find it easy to think Jesus was upset when he experienced this in his Father’s house.

We need to remember that Passover was a feast where many traveled to the temple from great distances. We also need to recall that cattle, sheep, and doves were required for burnt offerings, and that the required offerings needed to be perfect. It would not have been possible for travelers to have brought with them the proper offerings. Also, the Roman and Greek coins the pilgrims would have brought along would not have sufficed for their temple tax. Due to the human images on their coins, they needed to be exchanged for Tyrian currency in Jerusalem. While the atmosphere might seem awkward to us, it was needed for worship to occur.

There are some scholars who see Jesus’ actions as an attack on those who are taking advantage of the worshipers. I think we see something broader in scope, In my opinion he was confronting the systems of worship, not the abuse of those systems. Jesus complains that his father’s house has become a place of business. Since this business was necessary to maintain the system of sacrifice and tithes, I see this as Jesus issuing a powerful challenge to the authority of the temple and its worship.

In doing this, Jesus echoes the great tradition of Old Testament prophets who cried out about sacrilegious activities in the temple, against corrupting the worship of God, and substituting ritual for devotion. Prophets who usually began their addresses with “This is the word of God…” Their messages were filled with God’s judgment and grace, they often pointed out where God’s people had strayed from God’s way. Like many prophets before, Jesus’ message is not understood initially, we see that it is only understood through the lens of his death and resurrection.

In the words of Gail R. O’Day, “Jesus challenges a religious system so embedded in its own rules and practices that it is no longer open to a fresh revelation from God, a temptation that exists for contemporary Christianity as well as for the Judaism of Jesus’ day.” What does this challenge mean to you and me? Where are we closed to the idea of something different and what are we holding onto so tightly that we will not be open to the idea of reformation, change or renewal?

Lent is a perfect time for us to reflect on these questions and others like them. Others in this space have noted that Lent is traditionally a season of giving up. Giving up and letting go is an important individual spiritual discipline in this season, because it allows us to draw closer to God. What do we need to give up and let go so that we may draw closer to God? What idols are we clutching so tightly that we are losing feeling in our hands? Would Jesus take the whip and chase these things from the temple?

Almost a year ago we were just beginning to truly understand the pandemic that was upon us as people of this world. Since that time, there have been many things that have changed about Sunday morning. In this time, we have learned to let go of some things that we would not have ever dreamed letting go. Things like responsive readings, singing with gusto and even fellowship time. At some point we will pick some of those things back up because we can, and they are important to us. Are they important to God? I am quite sure there will be other things we will look back on and wonder why we thought they were so important. The important thing is that we have still been able to worship God.

There are many things that we do in our lives because that is just the way we do them. These things may not be important to the desired end result, but they are important because they feel comfortable. I am pretty sure the vendors and coin changers in the Temple were comfortable. They were making a good living, and it looked like nothing would get in the way. They were doing God’s work, helping others to worship God. Then Jesus pointed out where change was needed.
What is Jesus pointing to today in your life? We need to be open to change. To be open to change we need to let go of our idols. What better time than Lent to begin that process. Through Christ and by Christ we can go where we need to be, closer to him.

As we go our separate ways receive this blessing – may “The Lord bless you and protect you. The Lord make his face shine on you and be gracious to you. The Lord lift up his face to you and grant you peace.” Amen.

Next Sunday I will share a devotional from Rev. Dr. Heecheo Jeon.

A few months back when Sabas and Ealinie were back from California for Christmas, I met the Stenslands up at Amanda’s office to do a quick family portrait photo shoot. I only got to see Elainie and Sabas twice while they were back because of the incredibly mismanaged pandemic, just another reason I can’t wait for this to be over. Or at least until I can get vaccinated.

Any ways, here is my first collection of favorites from the photo shoot: 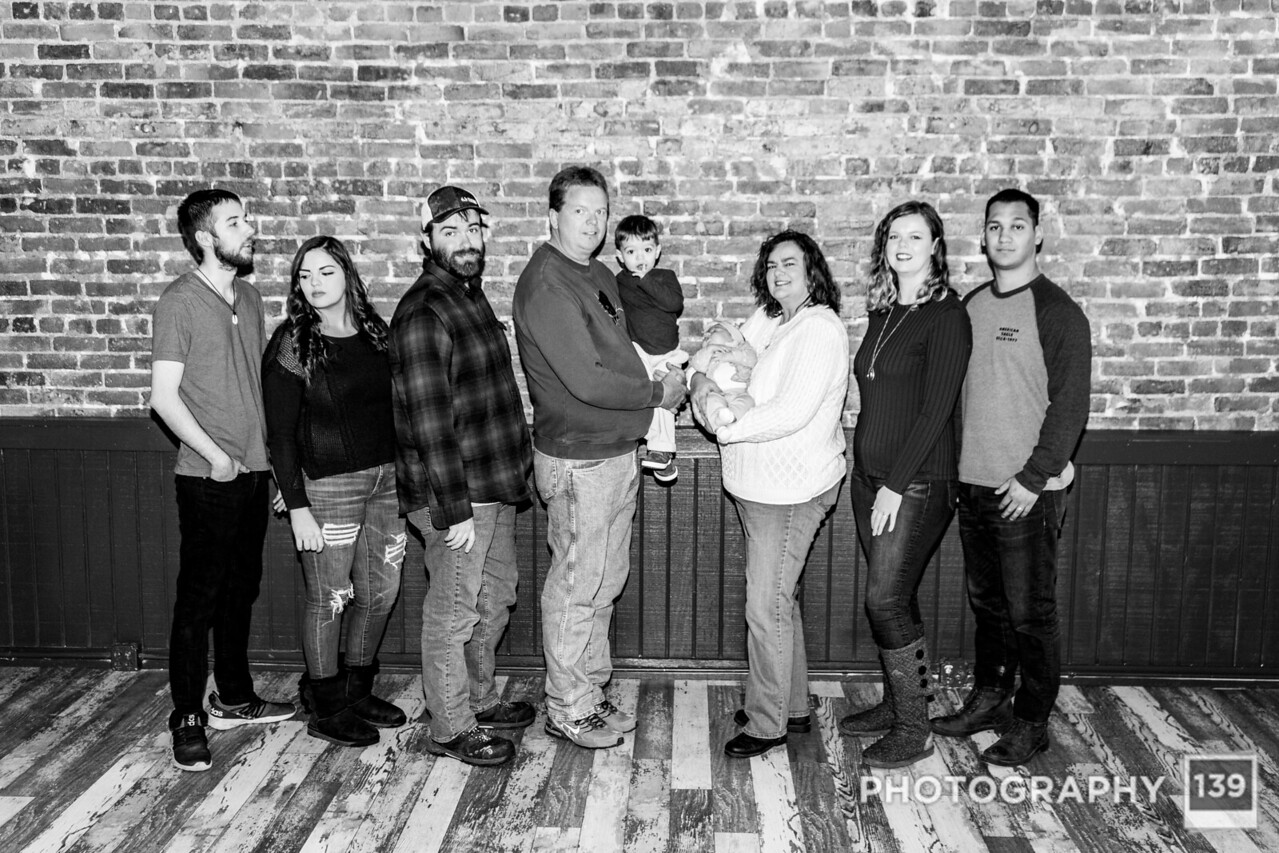 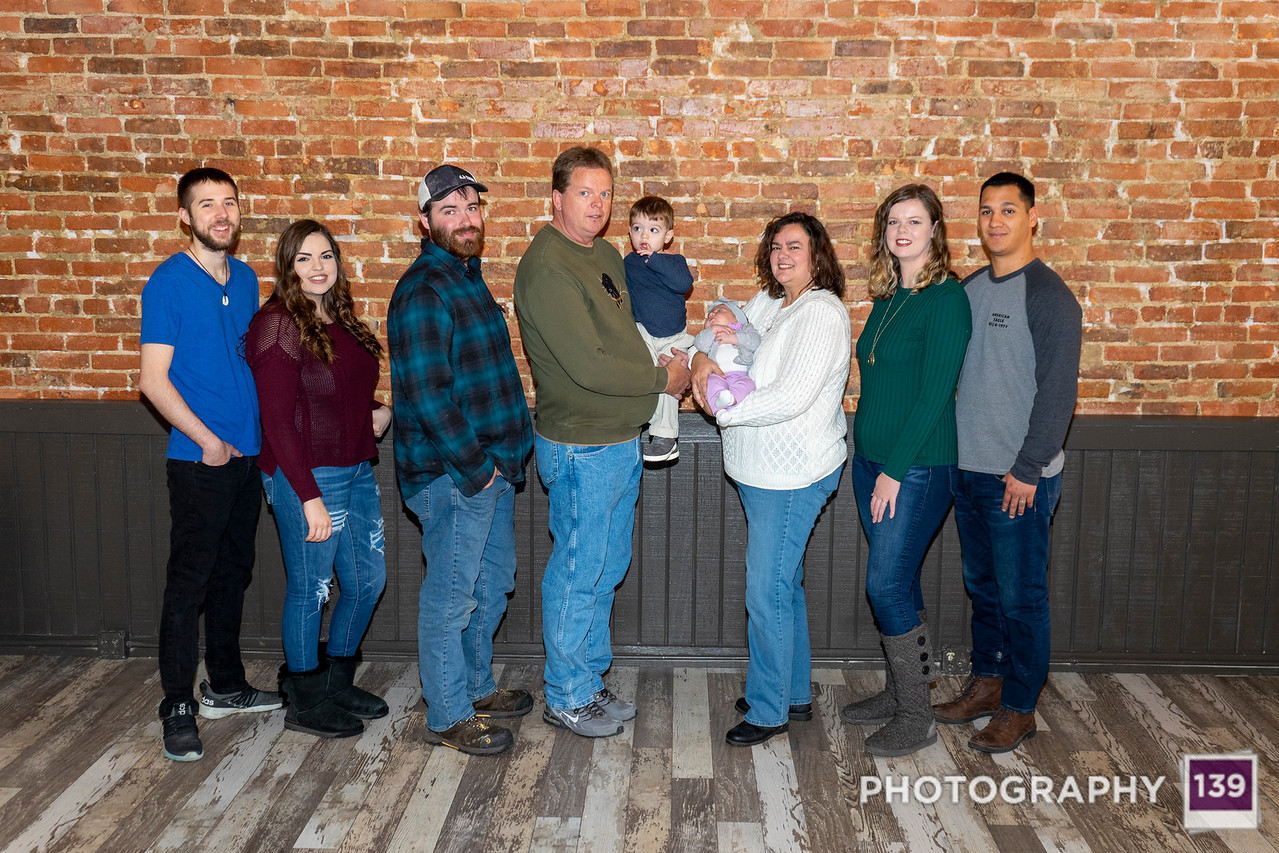 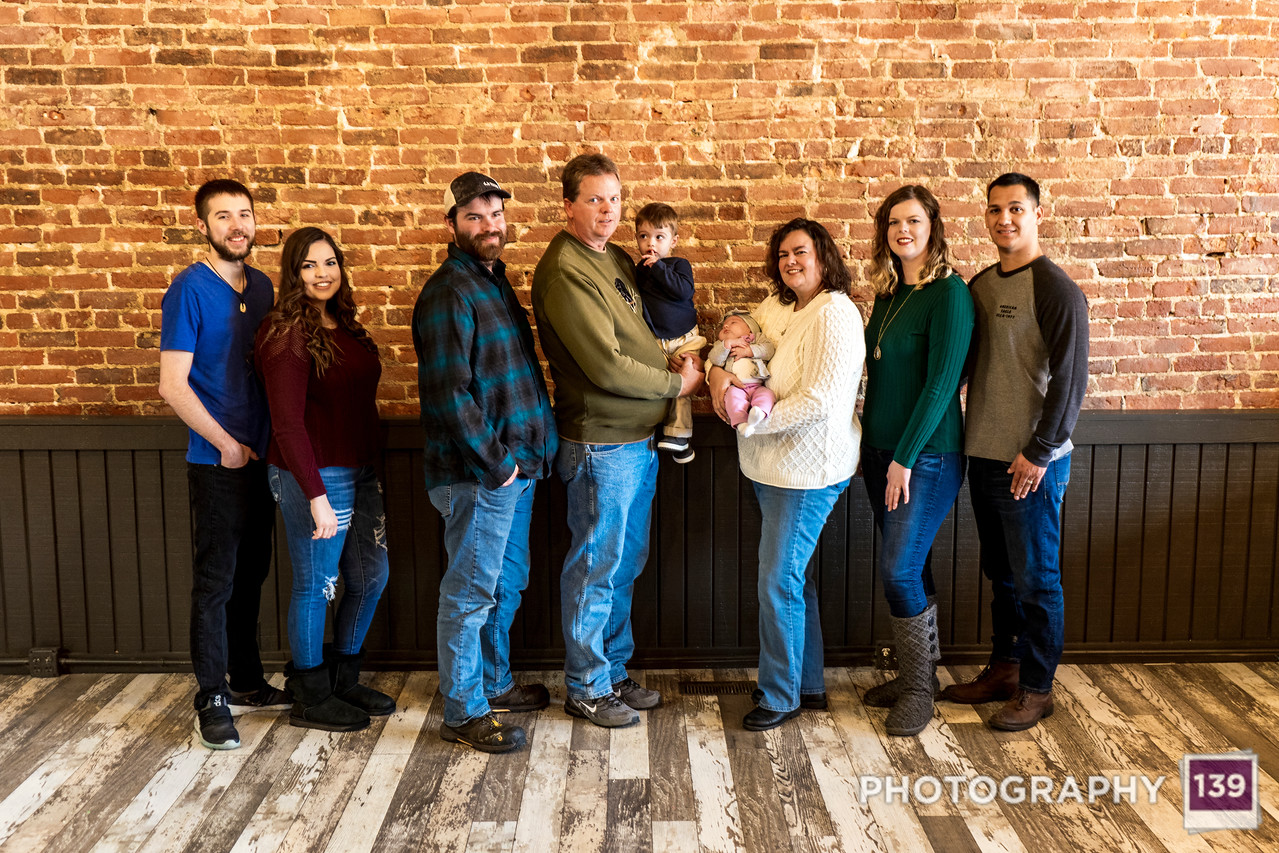 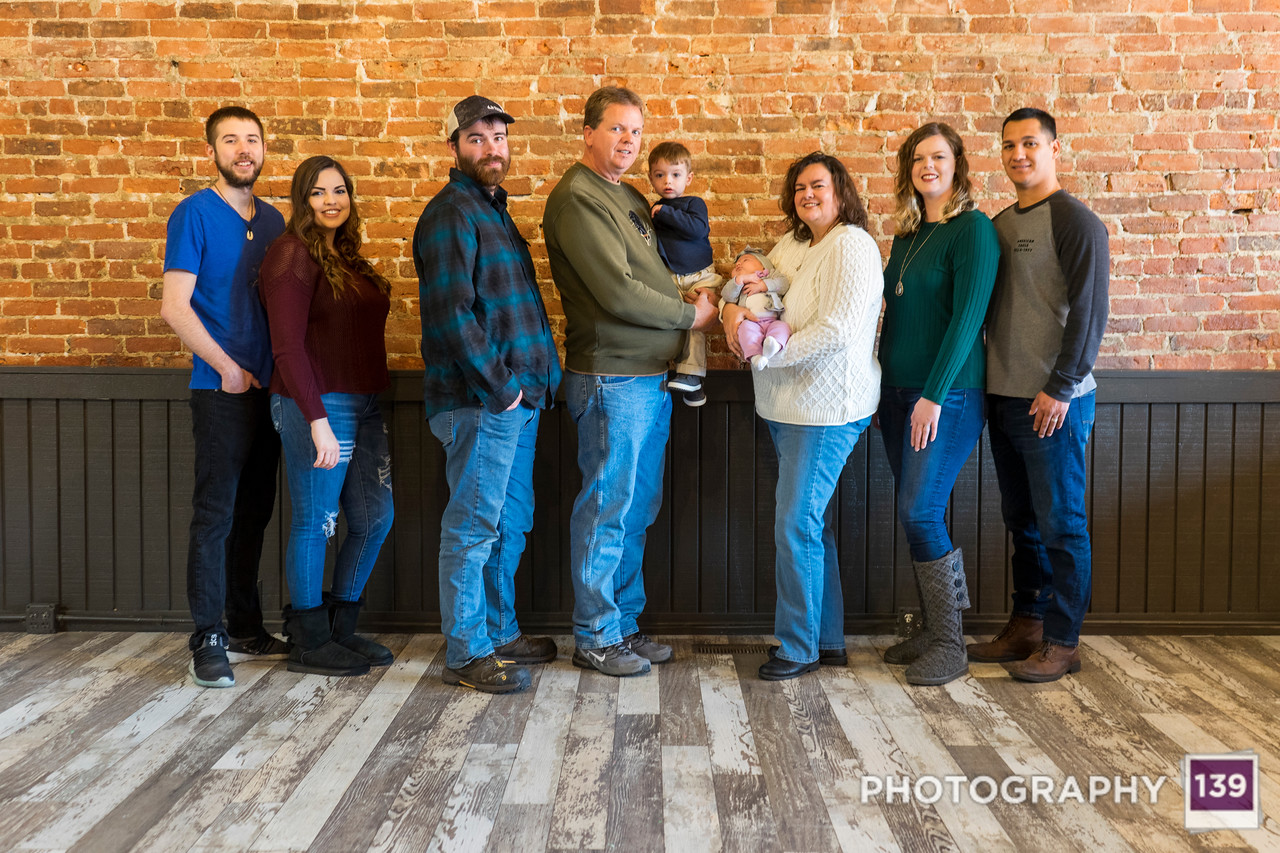 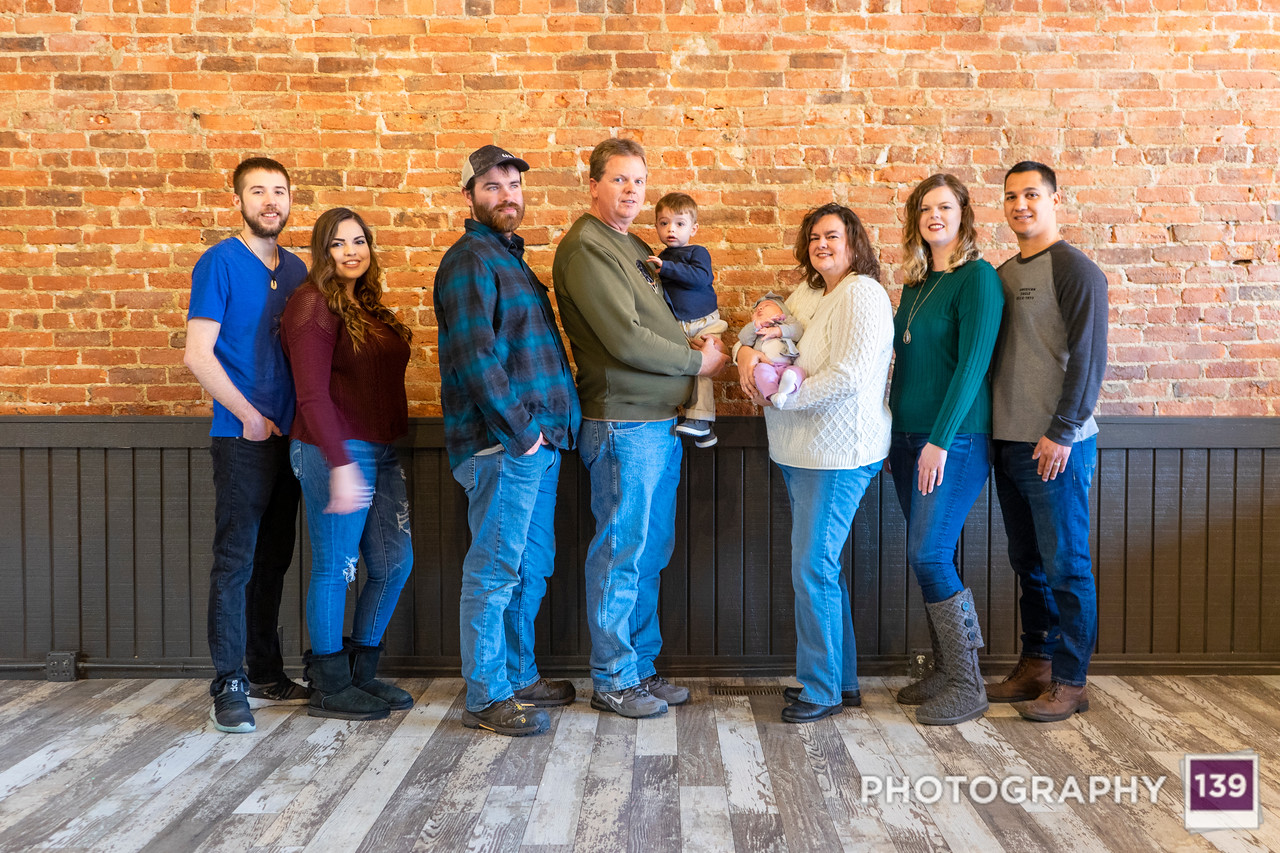 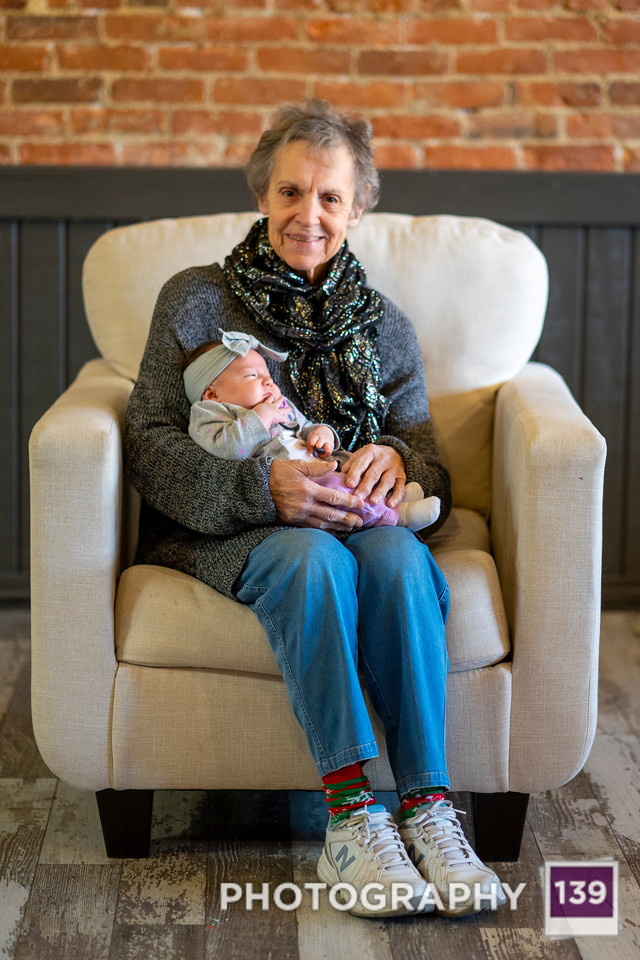 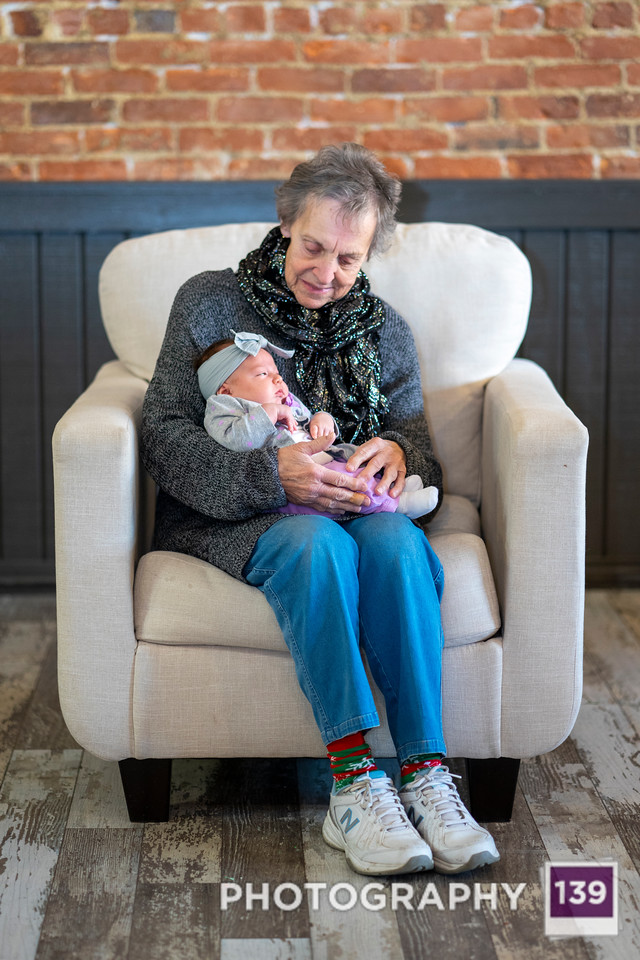 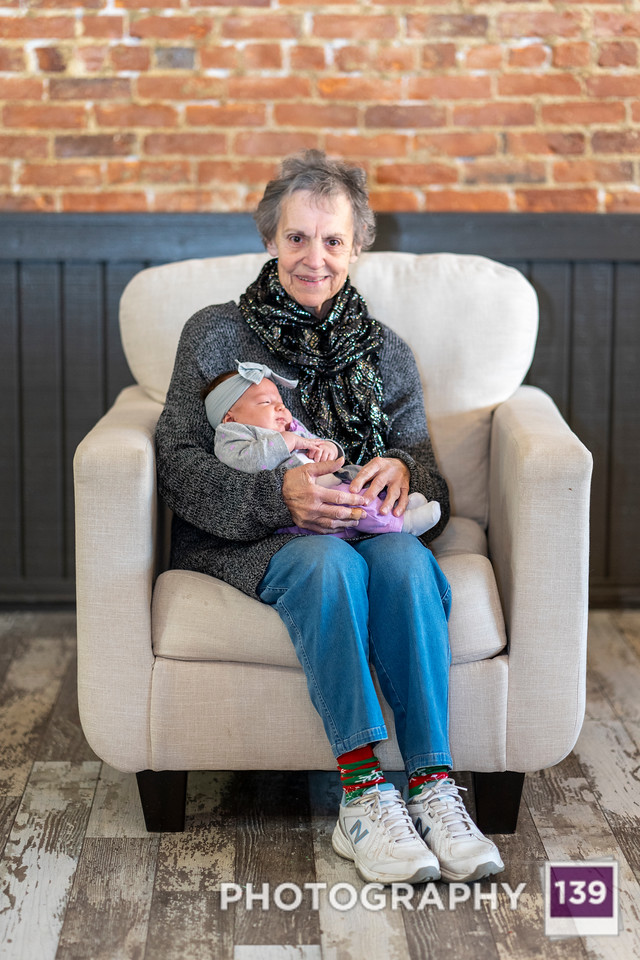 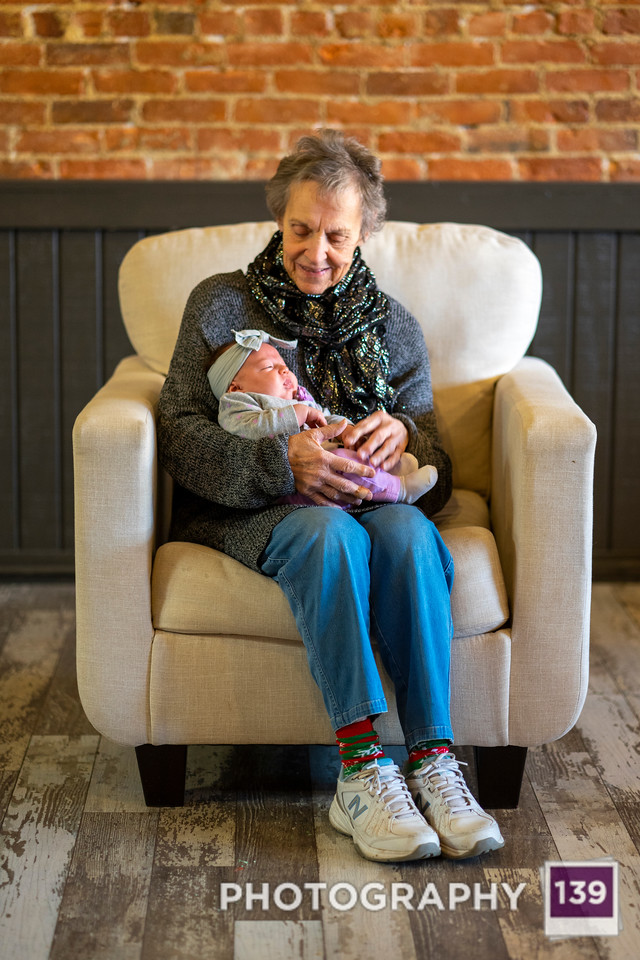 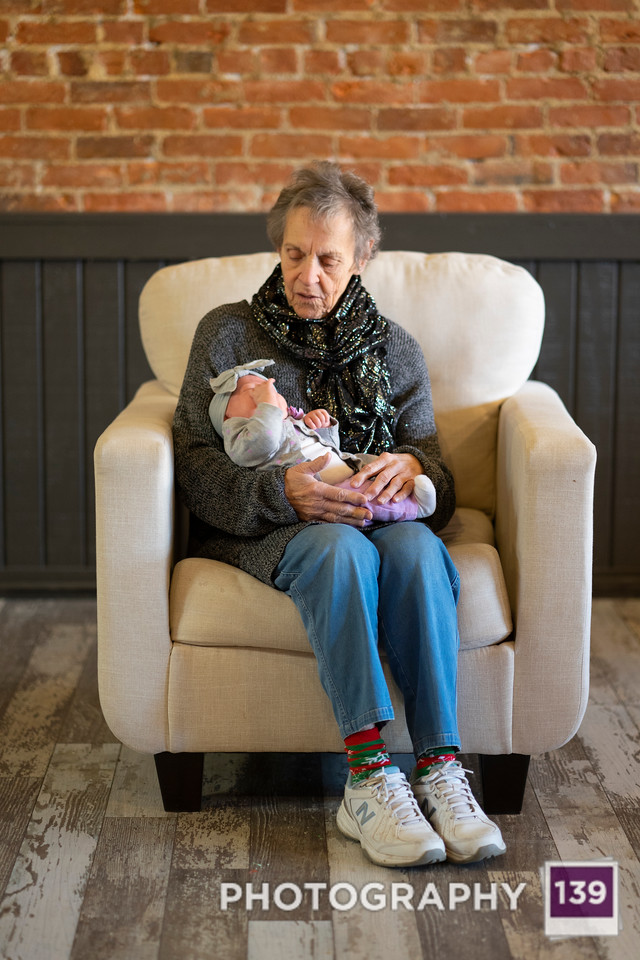 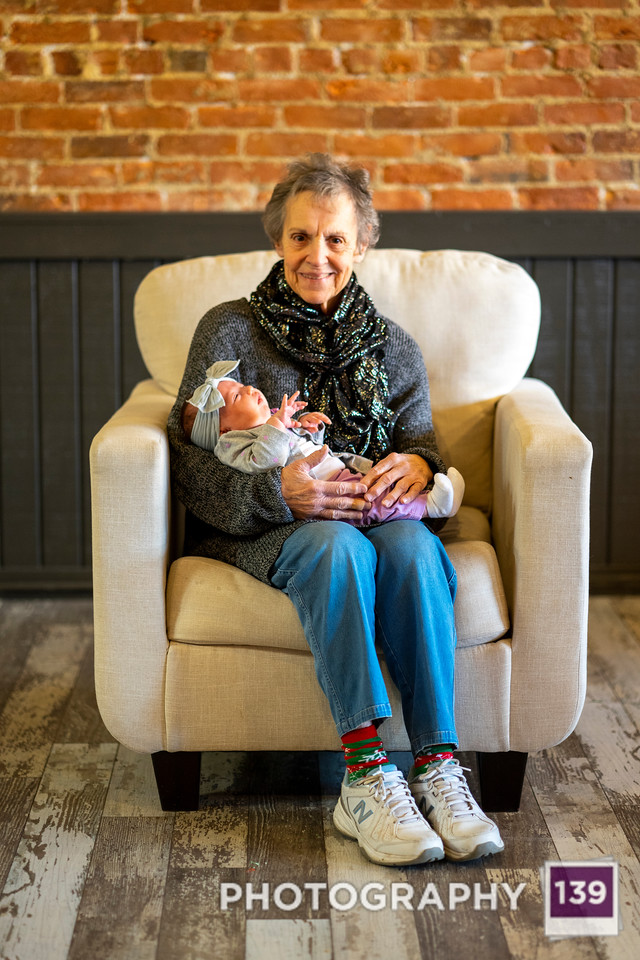 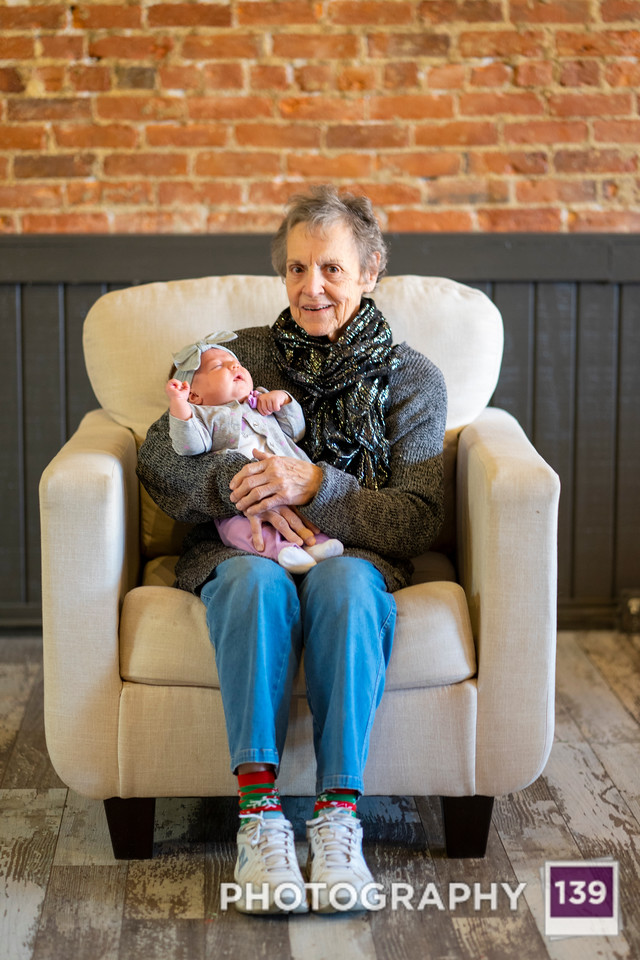 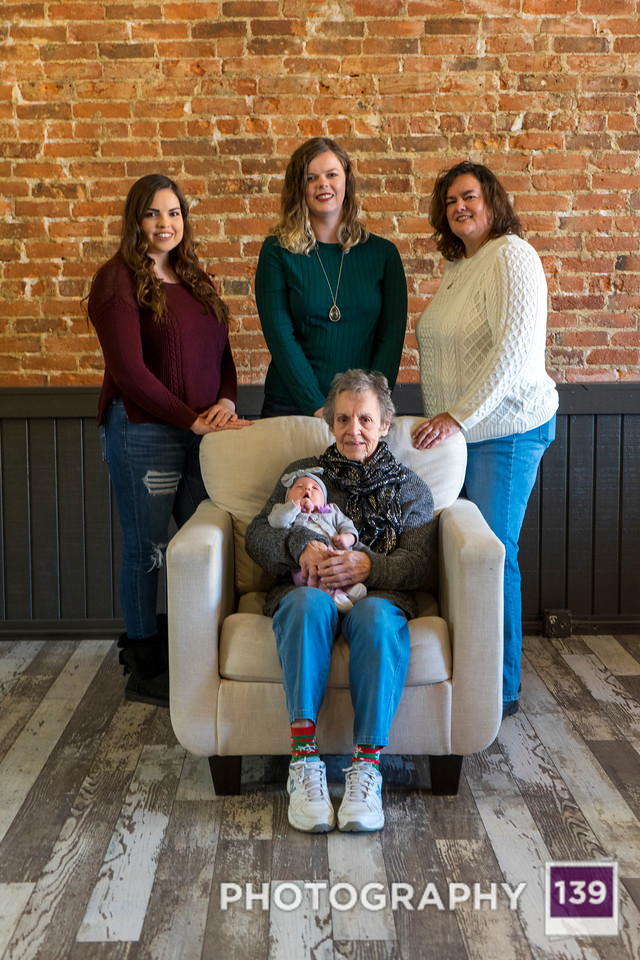 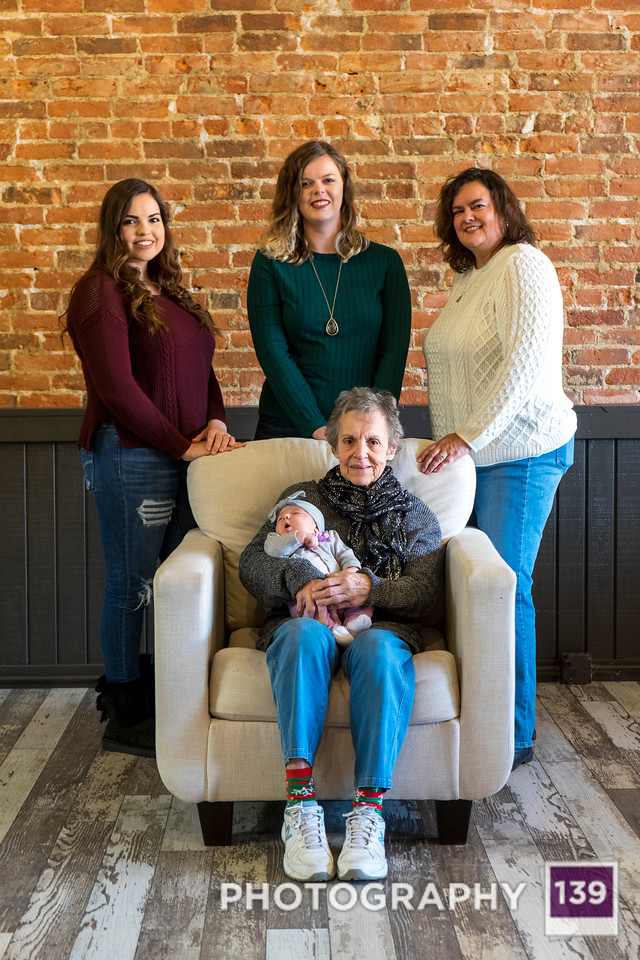 If you want to see more pictures from this photo shoot, click on the link below:

Also, if you have any kind of real estate needs in Boone or anywhere near Boone, you should 100% hit up Amanda and iHome Realty!