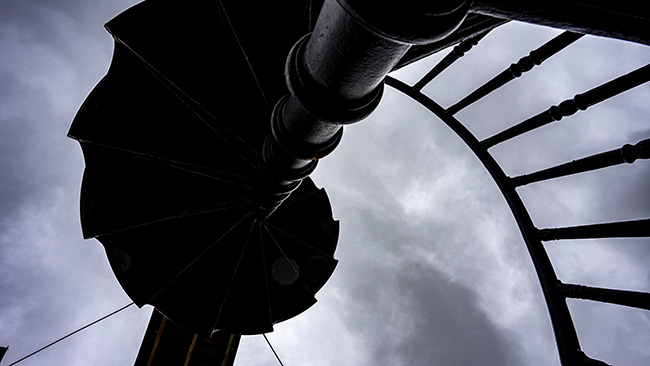 Here is the final chapter in the storage of my Grandma Bennett’s brief third marriage:

Mrs. Martelle McPeek, 29 year-old blonde, who last January 11th shot her lover after being jilted, committed suicider early today in the woman’s reformatory at Rockwell City by hanging herself with a pair of cotton stockings.

Mrs. McPeek entered the institution January 27th. She had been sentenced to ten years when she pleaded guilty to a charge of second degree murder.

The charge against her was filed after the death of Maurics Handschin, 36-year-old packing house employee as a result of a bullet wound in the abdomen.

The late Mr. Handschin was formerly of Boone and had married here only shortly before the fatal shooting. His underal services were held in this city.

Mrs. Martelle M. McPeek, 29, committed suicide at the Iowa Women’s Reformatory, to which she was sentenced for 10 years for killing Maurice Handschin in Sioux City last January 11.

Mrs. McPeek’s body was found hanging from the top of a window. She had strangled herself to death with her stockings. Her husband, William McPeek of Sioux City claimed her body.

Handschin lived at the McPeek residence in Sioux City several years before leaving there to marry a Boone divorcee. Mrs. McPeek contended she had planned to divorce her husband and marry Handschin.

Here is a copy of the newspaper article:

While that concluded this episode of sharing some of my family history that I discover going through some genealogy stuff, it won’t be the last.

This is the rest of the auxiliary images from my trip to Tama County to harvest their town signs. The highlight of this trip was the winding stairs in Traer.

So many auxiliary images still to go through, but that is it for Tama County.