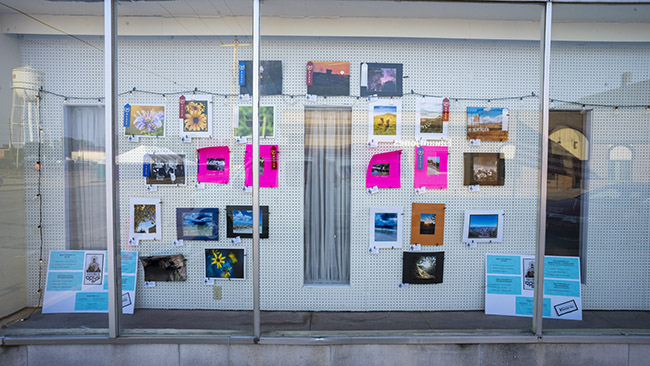 It seems like a good time to review my first time as the Chair of the Pufferbilly Days Photo Contest. I don’t know I can say it was an extreme success, but enough of a success to build on. Participation was way down this year, but I think that was to be expected as participation seems to be down across the board and there were lots of things working against the Photo Contest.

I was able to fix a few of the things that have bothered me about the Pufferbilly Days Photo Contest in the past:

#1. The pictures were up for display on time, in fact, a day early.
#2. All the pictures were labelled with the name of the photographer, what class they were in, and the name of image.
#3. There was a display that named the winners that you could easily look at to see who placed in each class.
#4. Some small organizational things here and there, like putting stickers on the back of the entries, having a system for dividing and then combining the entries by photographer, and putting all the entries into bags with the judging forms, so they are easy to pick up.

There are plenty of changes I want to make next year, but I’ll get into that at the end.

I need to thank everybody that helped with the contest this year:

I’m sure I’m forgetting somebody that helped during the process. This is not an intentional error. I thank whomever I forgot.

Here are some pictures from the judging process: 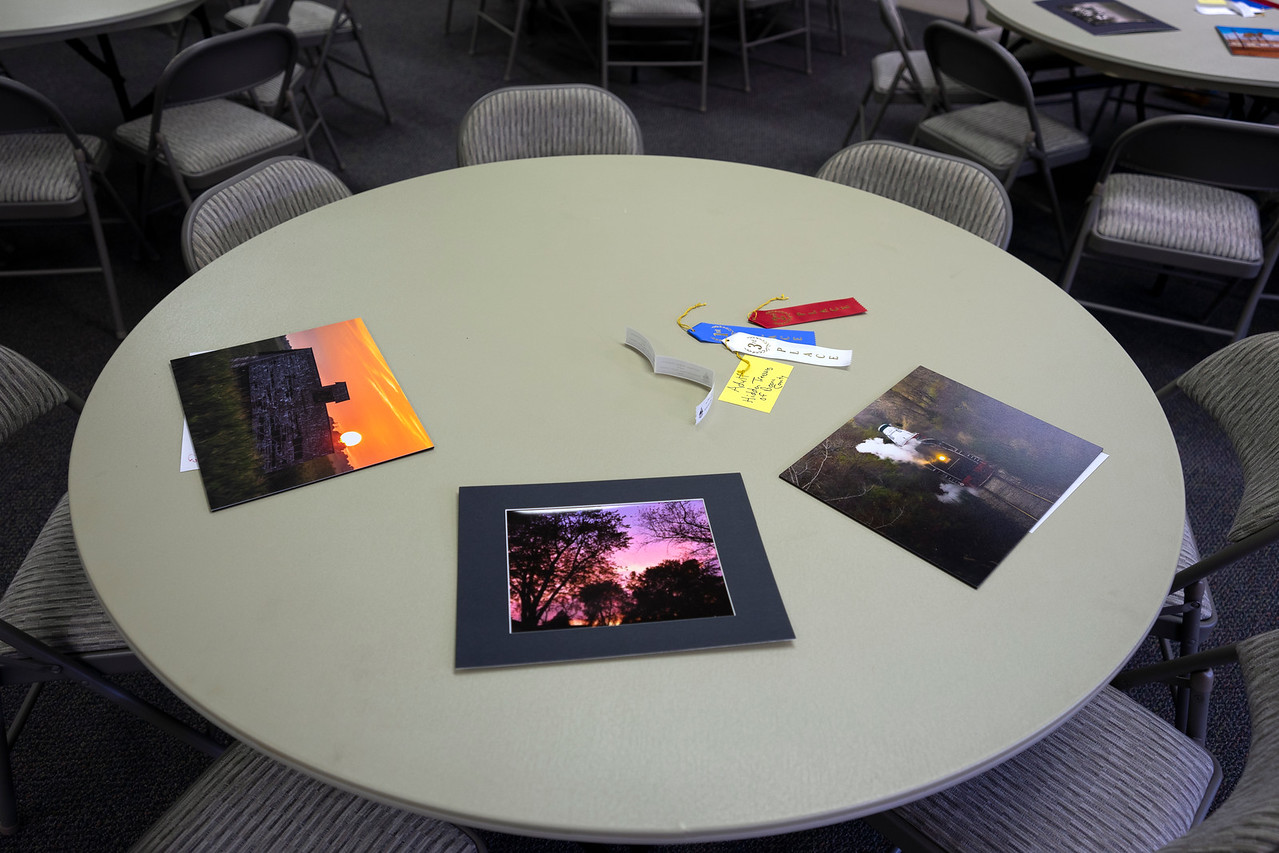 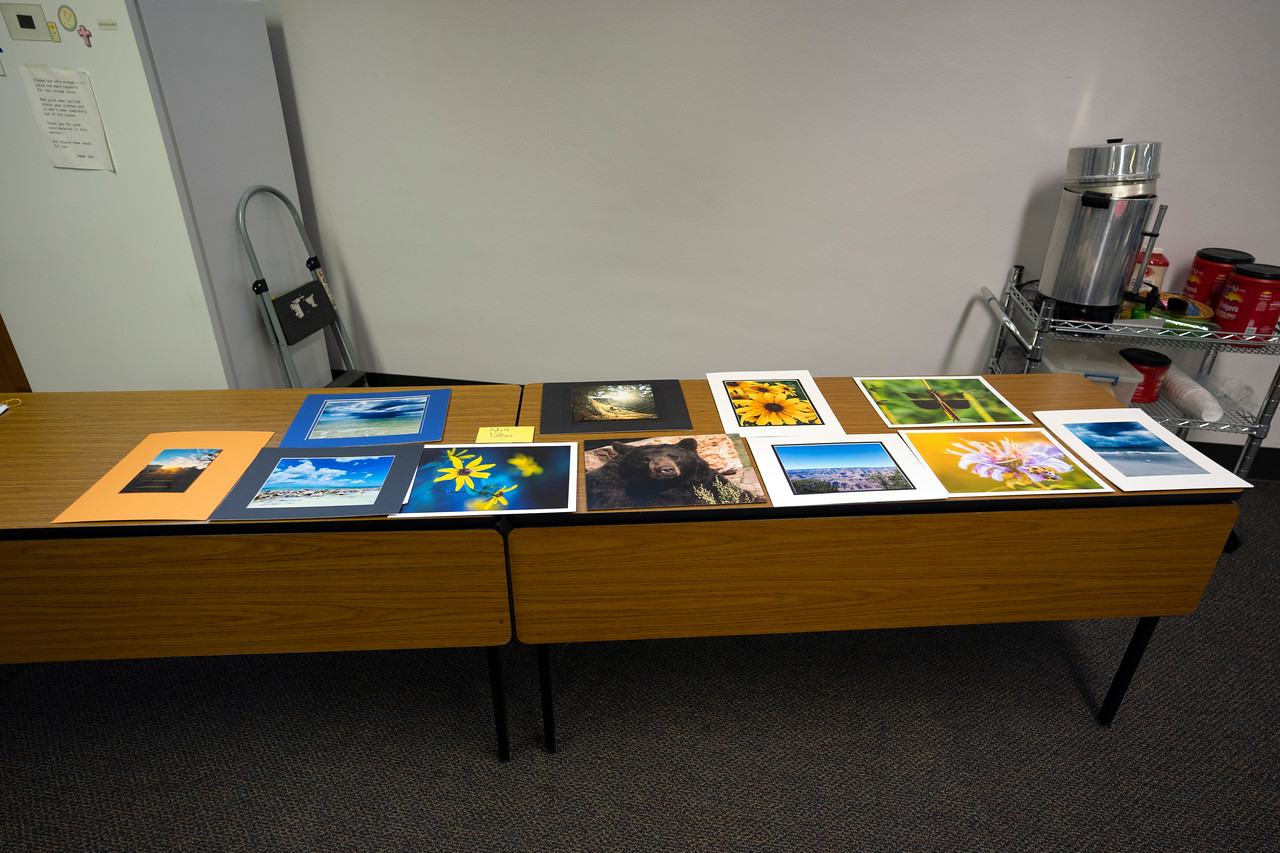 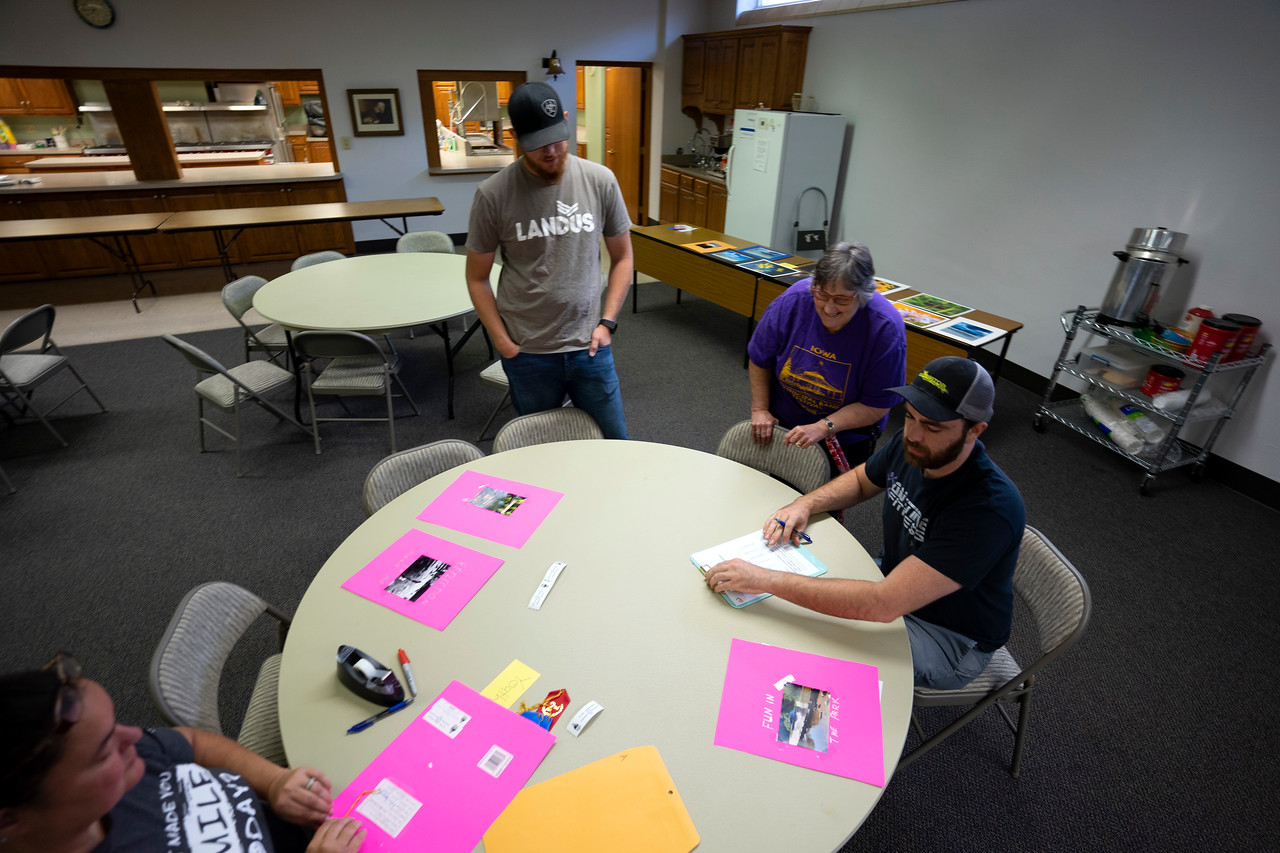 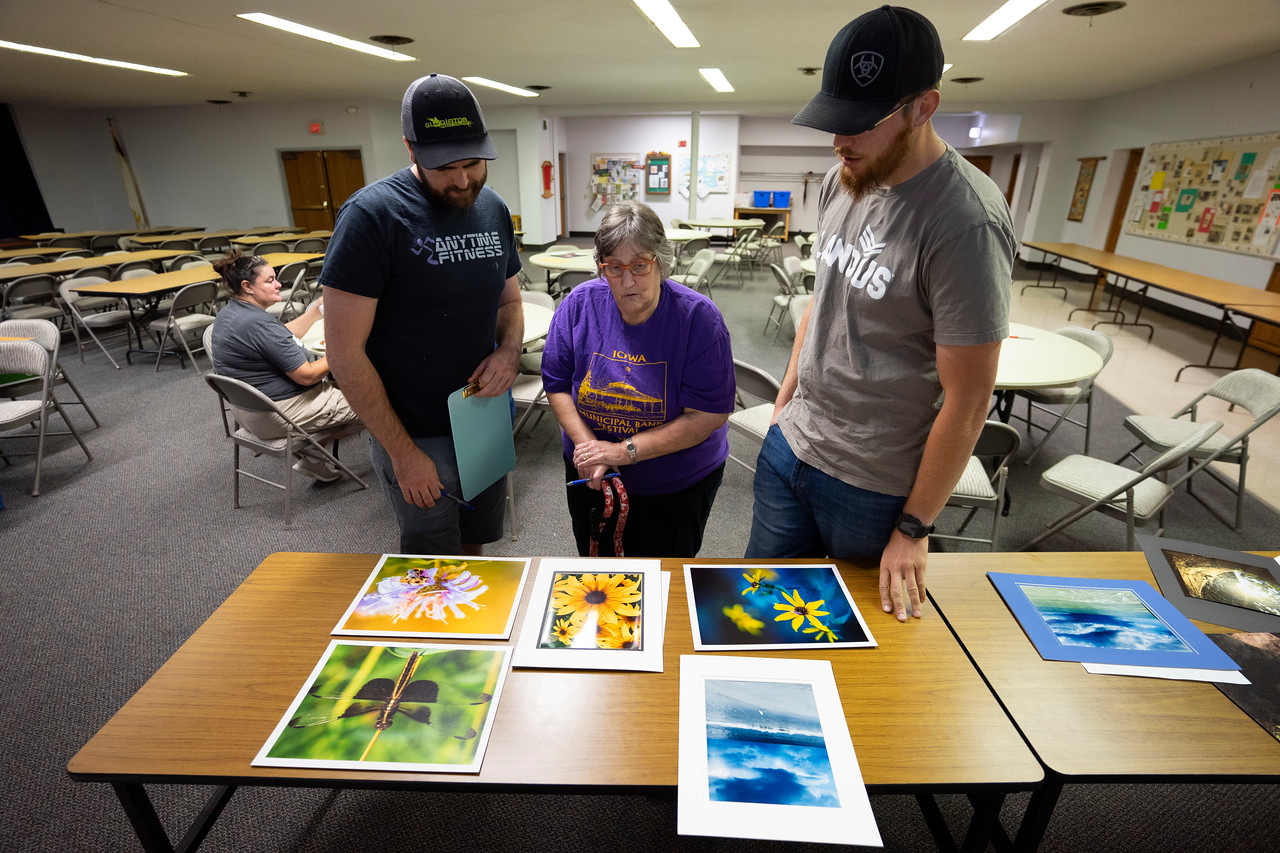 We did the judging in Fellowship Hall at the Boone First United Methodist Church. I selected three judges because I didn’t want ties (although that was still a possibility) and I want a diversity of opinions and photographic skills.

Logan Kahler – Runs his own photography business. Former editor of the Boone News-Republican. Does wedding and event photography. Also does quite a bit of real estate photography.

Lisa Person – Half of Person Photography with her husband Bob. One of the best photographers I’ve ever known and it was particularly meaningful to me on a personal level to have her as part of the team for my first go as chair of this event. Their family and my family have always been intertwined in the world of photography. They did Senior Pictures for me and my sisters. They did the photography for all of our weddings. My Dad took a photography class (probably several) from Bob.

The story I’ve always heard about how Bob and my Dad met goes back to a 4-H display at the Boone County Fair. One of my sisters had entered a picture and Bob was a judge. Bob had given one of the pictures not a very good score. My Dad (who was over 6 foot and had a full manly beard) approached Bob who is more like 5 foot 6 (maybe) about why he gave this picture such a low score. (The picture used a technique called “soft focus”, but Bob considered that to just be out of focus.) Bob was terrified (or at least scared and intimidated) because he thought he had this big guy (that could surely squash him) pissed at him for giving his daughter’s picture low marks. But he soon found out that my Dad was only looking for information. Pointers. Advice. From that one conversation, they soon became great friends.

While Lisa was not a sentimental pick by any stretch of the imagination, it was very sentimental for me to have her in the room.

I got Megan Osborn to put down some sidewalk chalk art in front of the Photo Contest display to try to draw some more attention to it.

Here are some pictures of Megan: 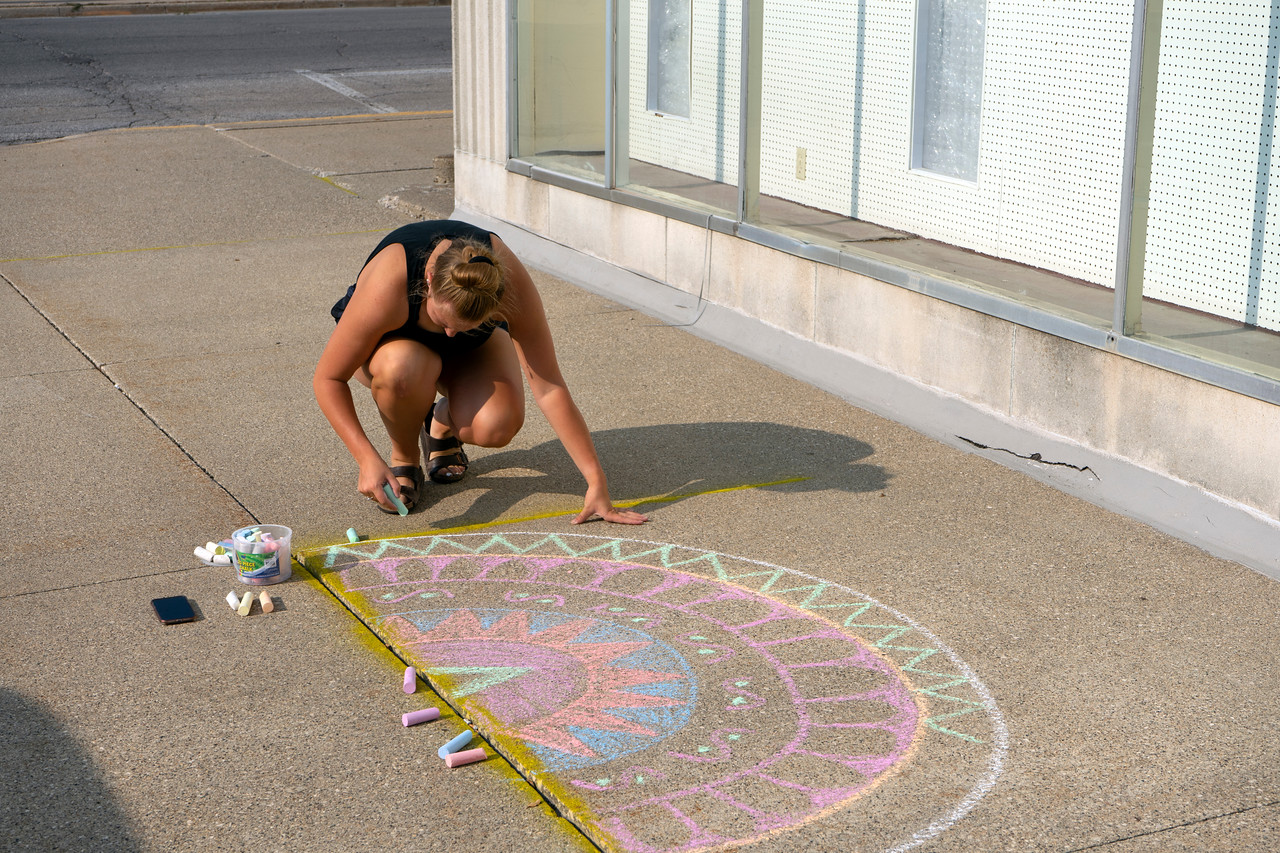 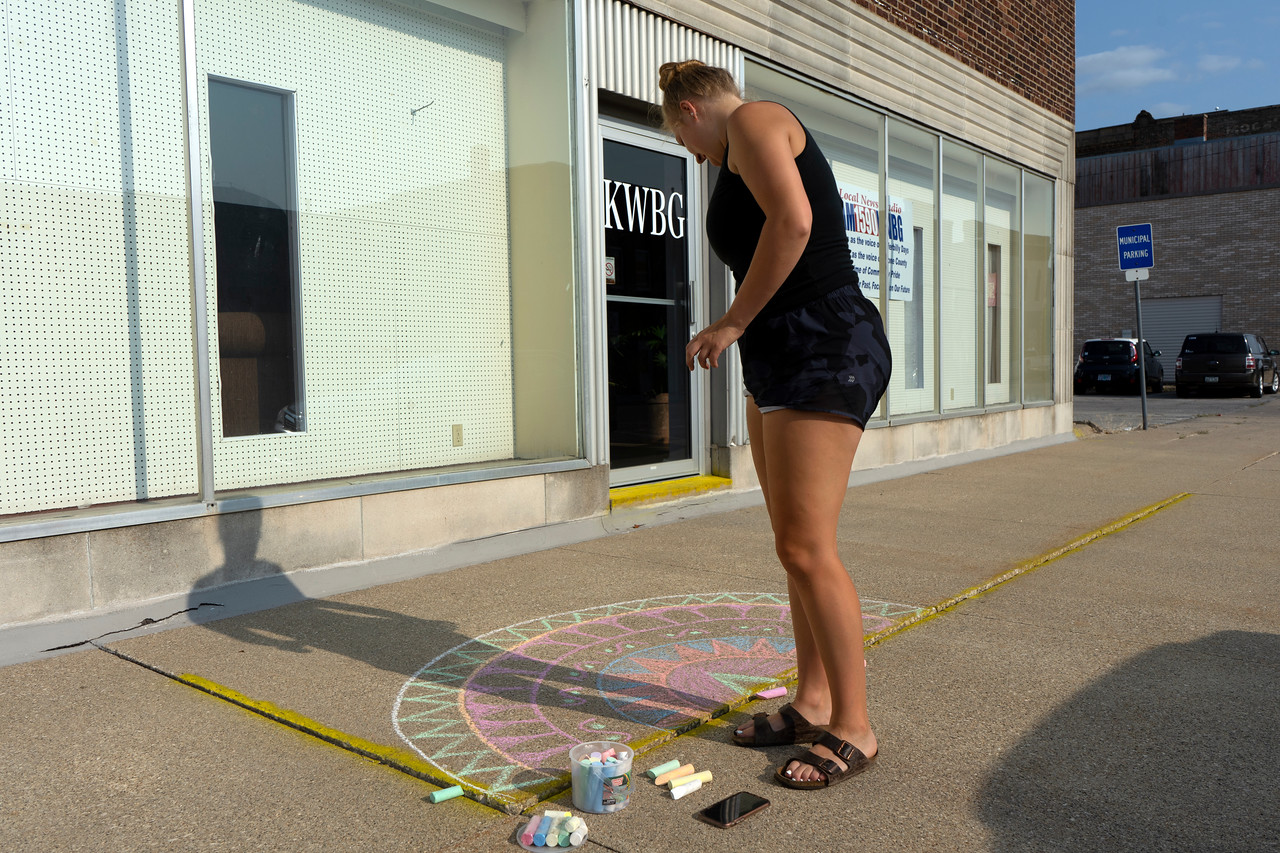 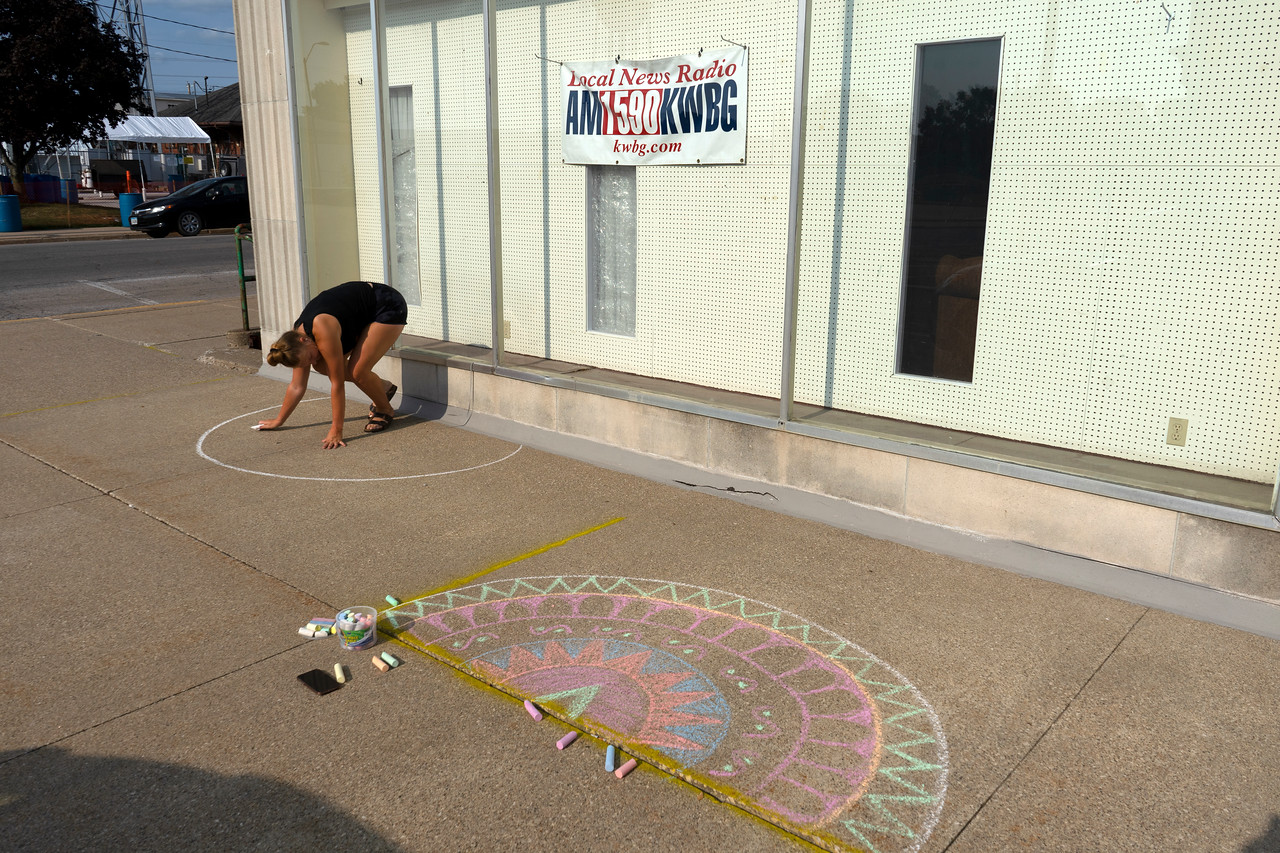 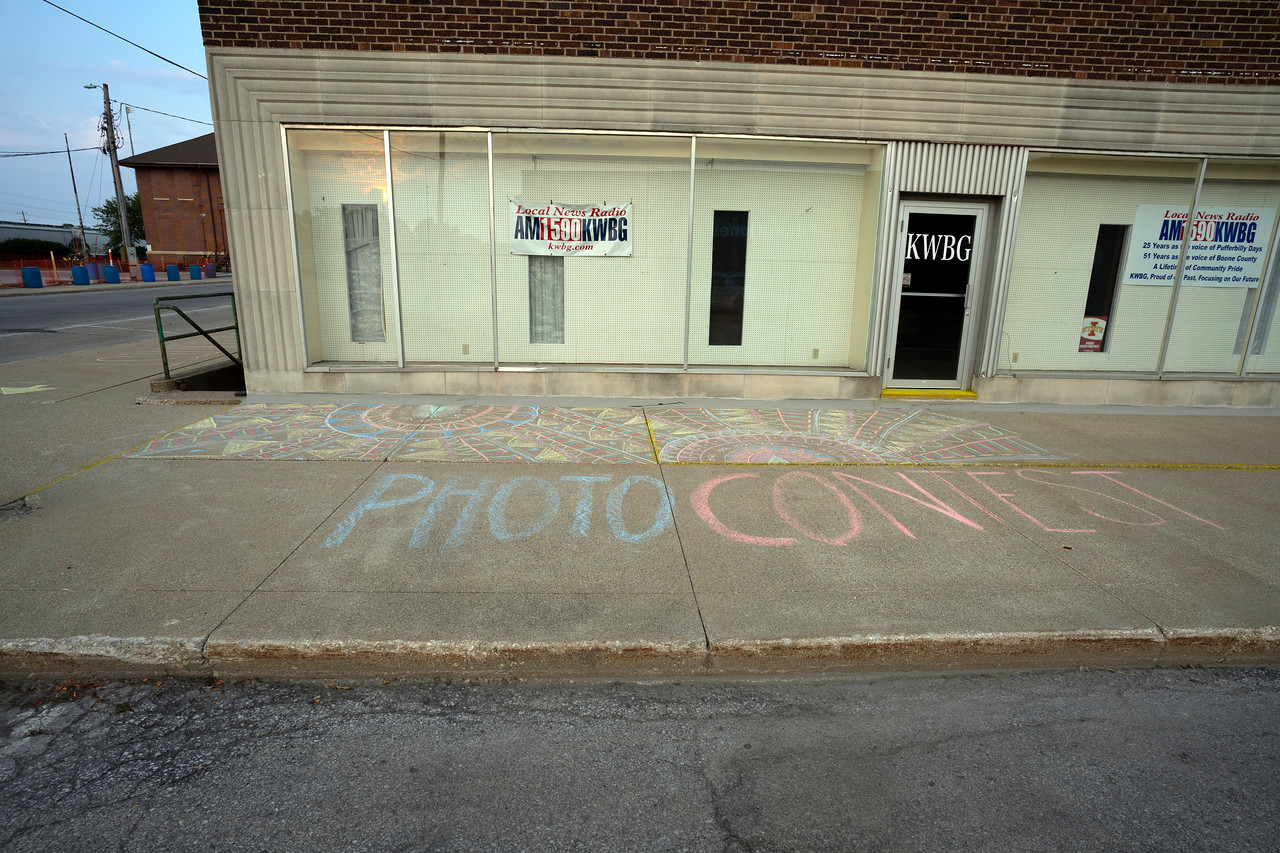 Unfortunately, it rained that very night and washed most of it away. But then Jennifer from KWBG and her daughter traced over it and brought it back to life. Then it rained again. So the sidewalk chalk art didn’t draw people in, but now I know how to get it to rain.

Here are picture of the photo display being put up and taken down: 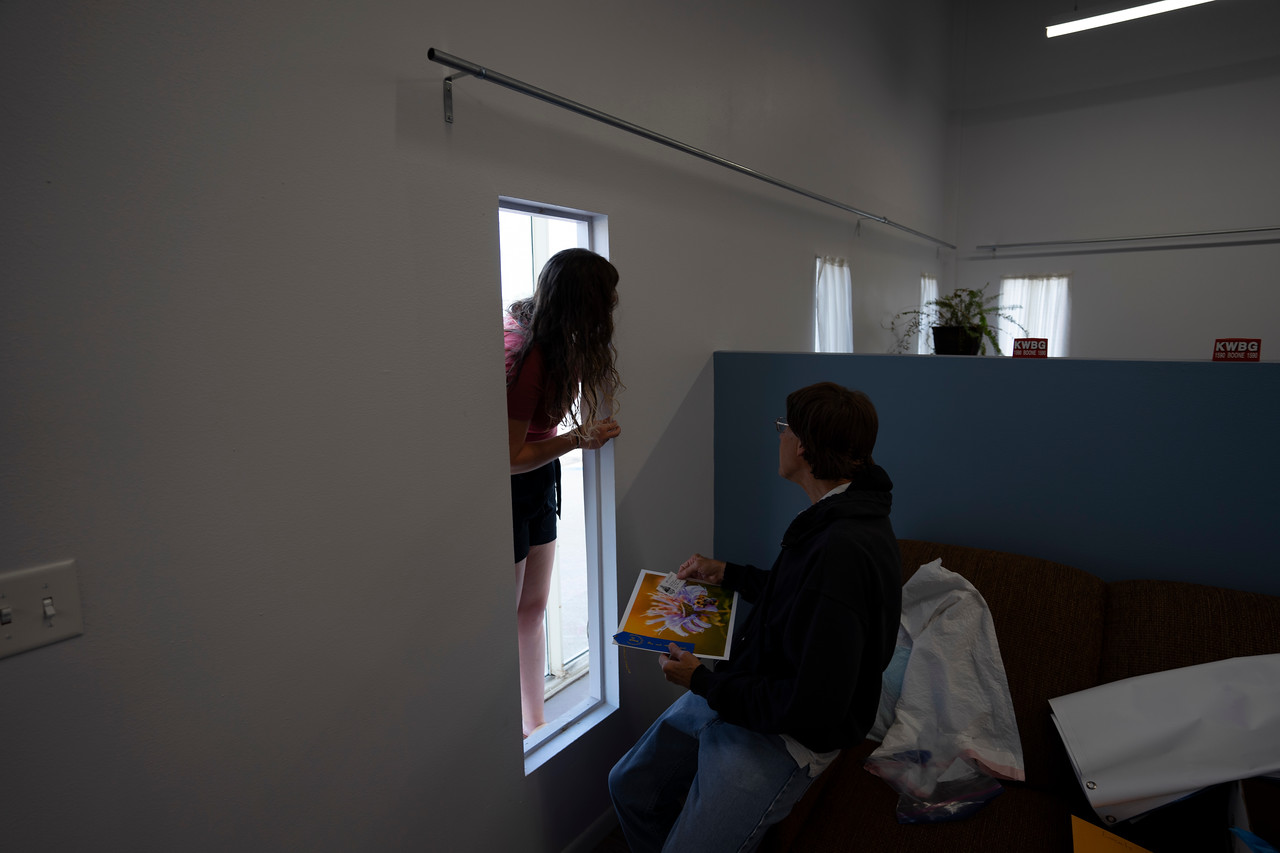 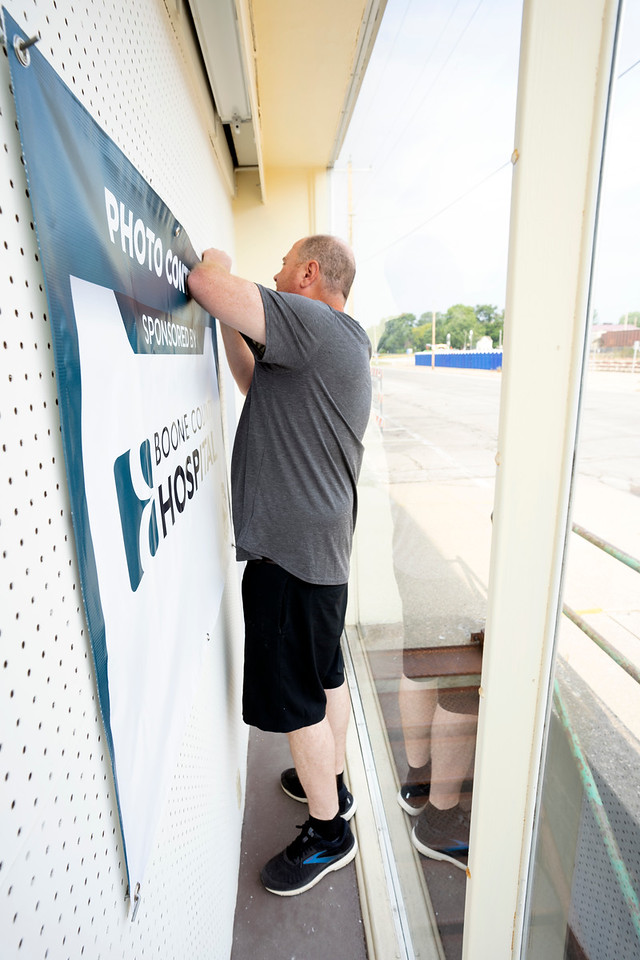 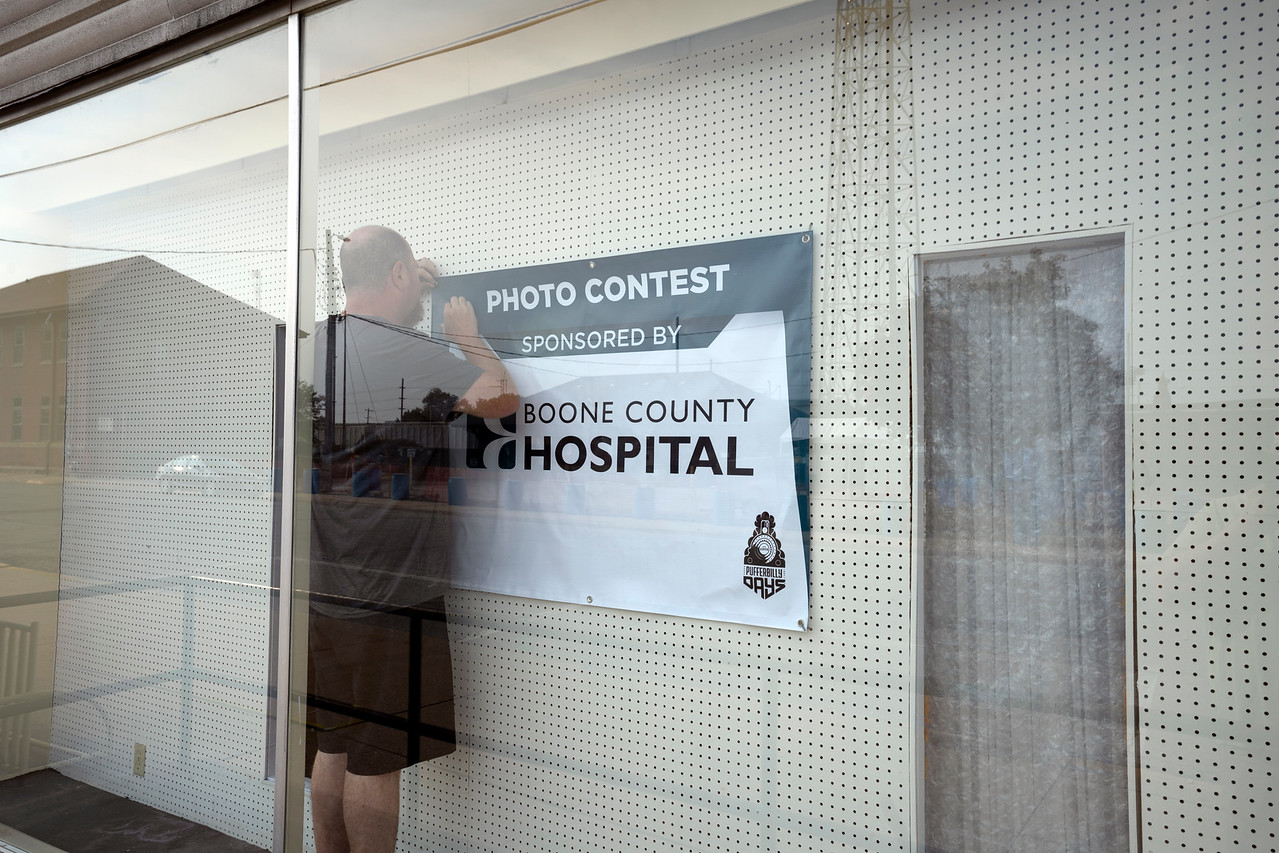 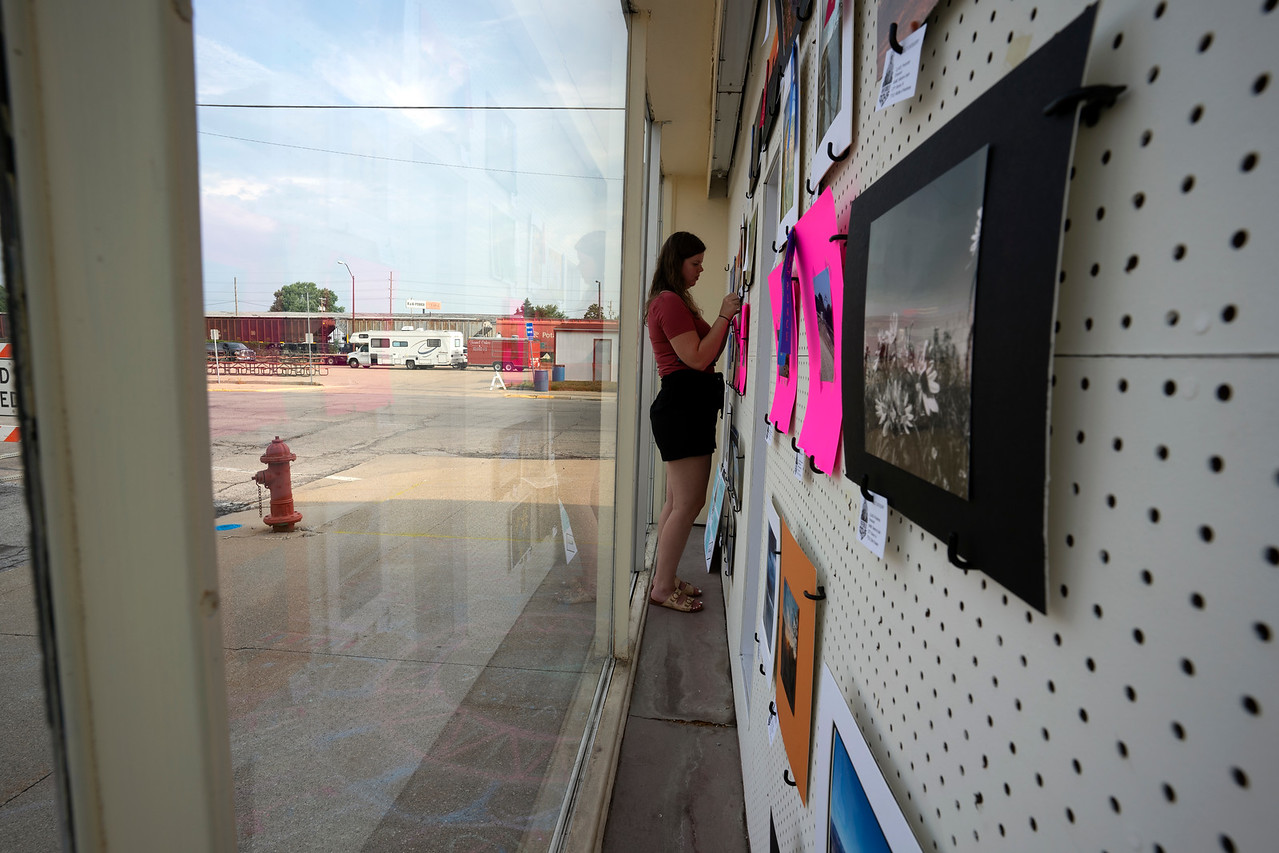 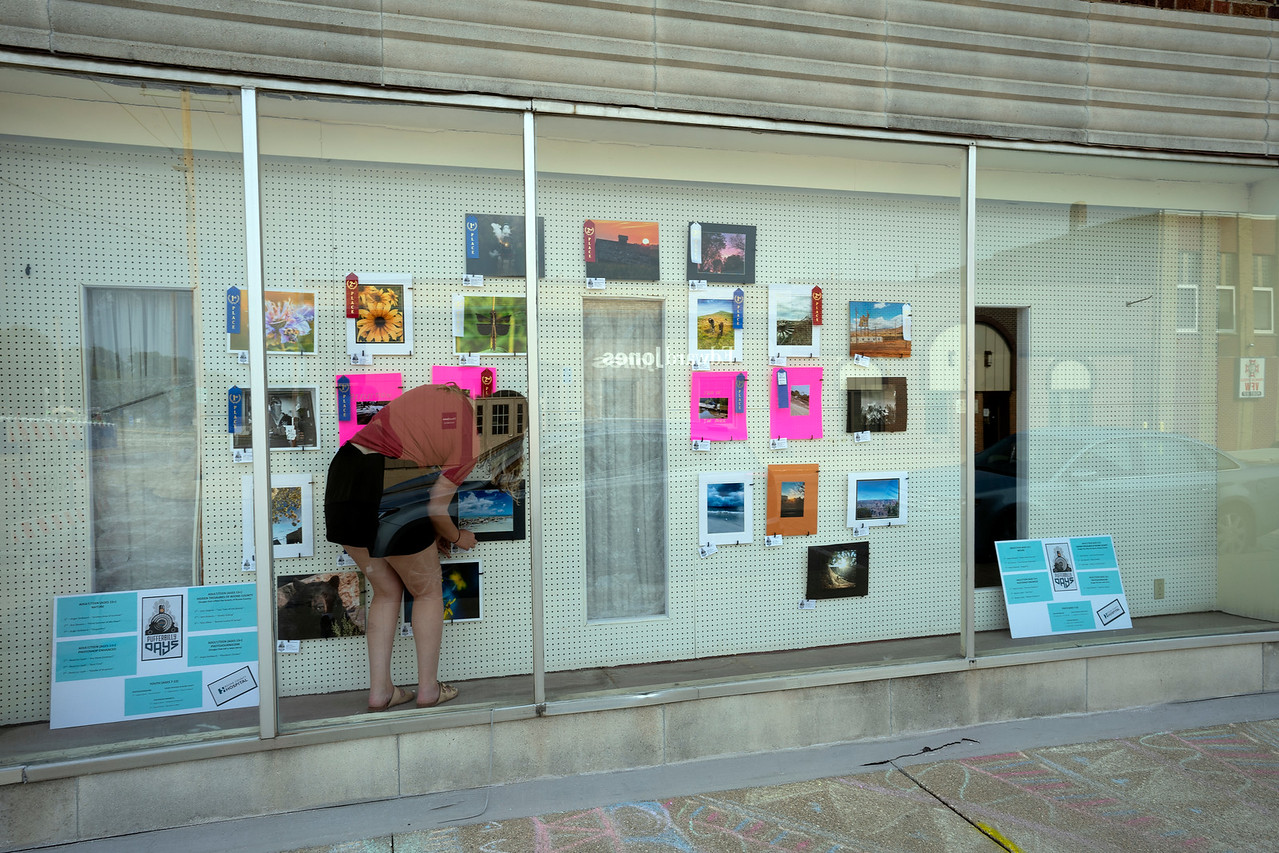 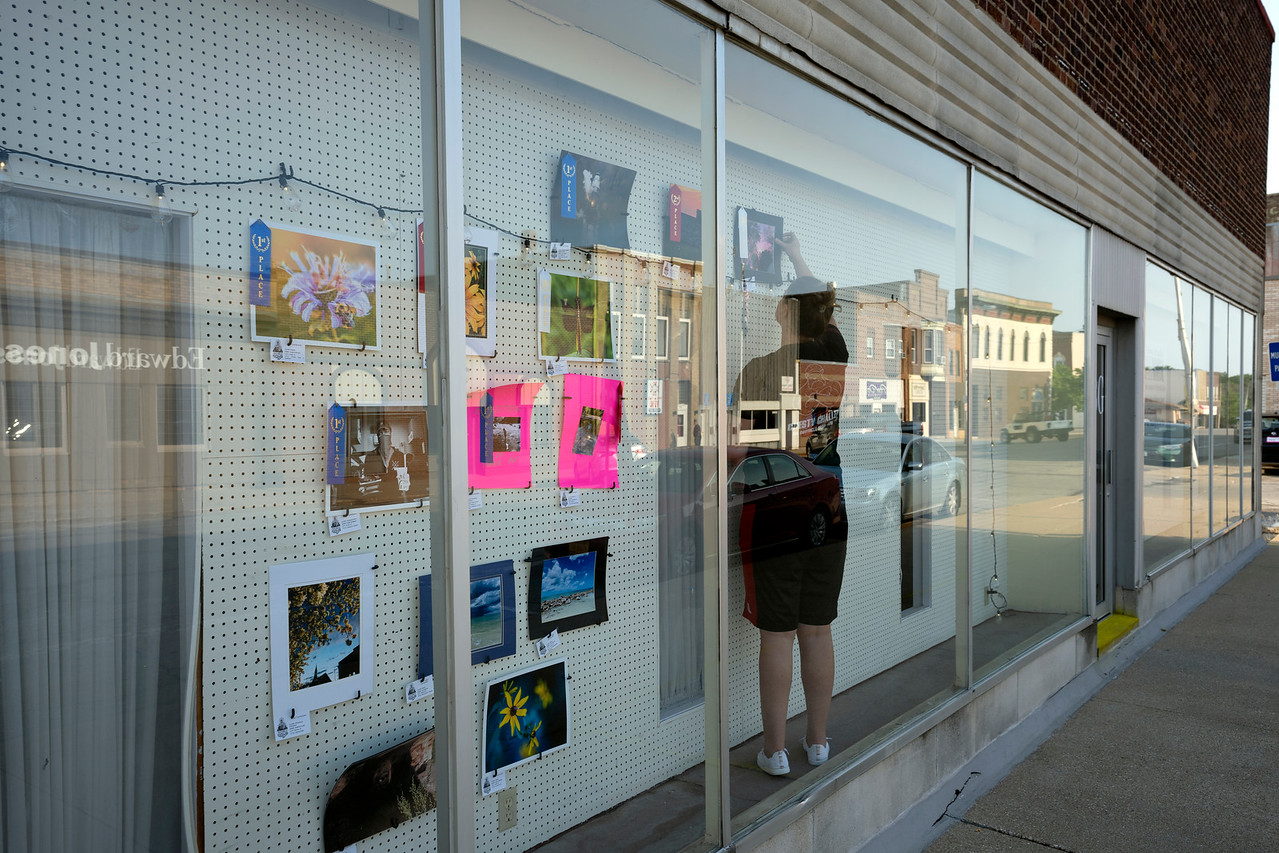 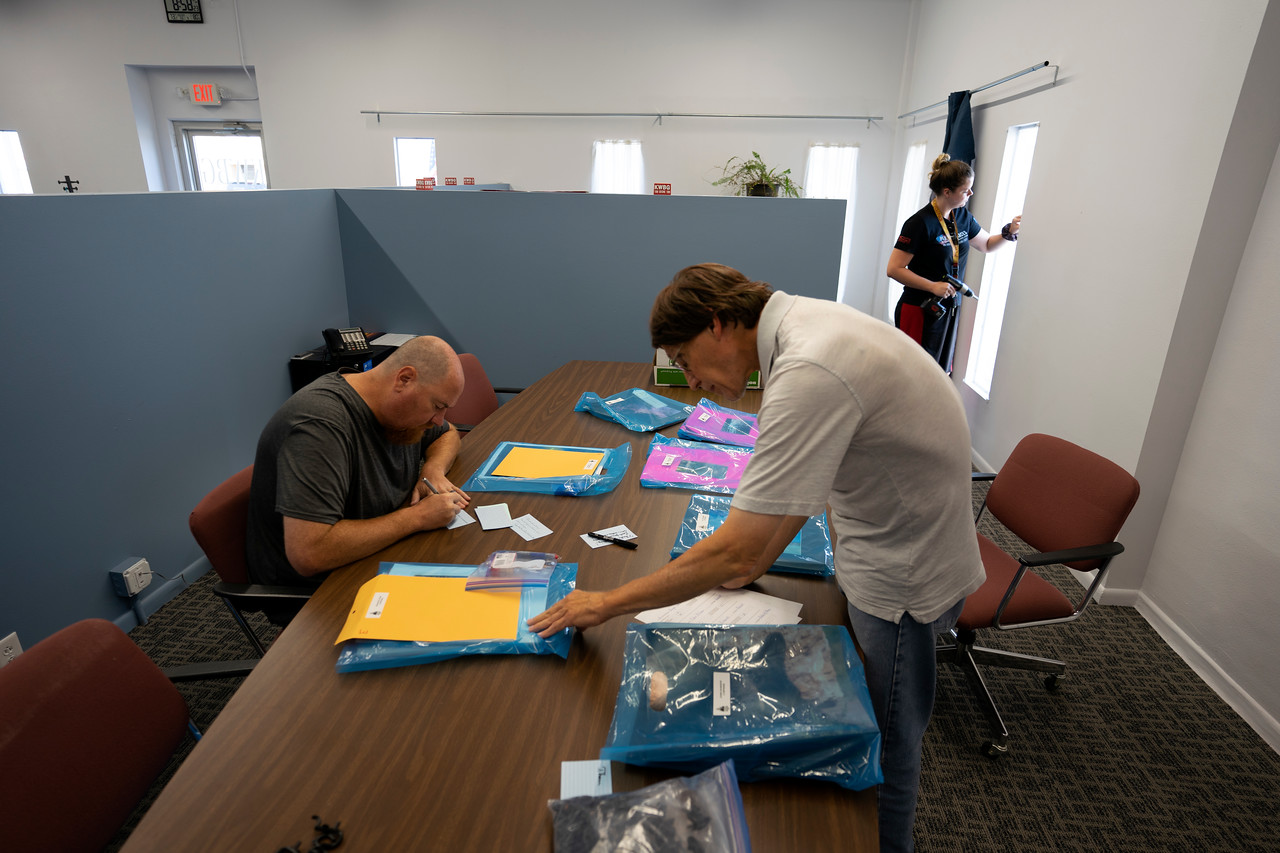 Here are some statistics from the Pufferbilly Days Photo Contest:

My two main concerns for next year are that I need to figure out a way to get participation up. The other thing I need to come up with is a plan for getting the window display cooled. It gets extremely hot in that display and that causes many of the pictures to curl and I swear almost melt. I have a few ideas in mind for this problem. One of them includes replacing a window (or windows) with peg board. If anybody comes across some free or very cheap peg board that I can cut down… well I’m your huckleberry.

Here is a list of ideas I may bring to the 2022 Pufferbilly Days Photo Contest. Not all ideas are mine, but all of them are being considered.

+ Change the classes. In particular, I’m not a fan of the Photoshop Enhanced and Photojournalism category. I’m not sure what the new classes would be, but I’ve received more than one suggestion that there should be a railroad class for a festival that celebrates railroad heritage.
+ Move the deadline back to the Friday before Pufferbilly Days.
+ Add a Best in Show winner.
+ Customized Ribbons.
+ A People’s Choice Winner where people can vote online for their favorite. (This will take some work.)
+ Get the rules and entry form out as soon as possible. Get the flyer out as soon as possible. I plan on sending a reminder postcard out to all of this year’s entries when the Chamber is ready to start taking in entries.
+ Split the age divisions into Youth, Teen, and Adult. Get rid of classes for Youth. One of the Youth entries I got simply listed their class as “Photo”. I made the command decision on what category to enter it into. I don’t think kids should get wrapped up in categories. The important thing is just that they take pictures.
+ I also want to get somebody with actual graphic design skills to design the flyer next year. Also, somebody with artistic skills to design a logo for the contest. I already have an idea of what I want it to look like.
+ I also want to tweak the rules. I don’t know that I will require foam board, but it might be strongly encouraged. Also dry mounting. I’m not joking when I say that some of the photos practically melted in there. I think I will also include some tips for entering photo contests. That sounds arrogant, because I definitely don’t want to claim that I have anything figured out on that front, but little things like don’t enter more than one picture that looks similar or has the same subject. Those are just going to compete against each other in the judges’ eyes and a picture of a different subject will scoot right by it and earn a ribbon.

Those are just the ideas off the top of my head. I know that there are more percolating around my head and heads of others. But I have plenty of time to work on it.

This is your reminder that this week’s THE WEEKLY PHOTO CHALLENGE theme is MOVEMENT: 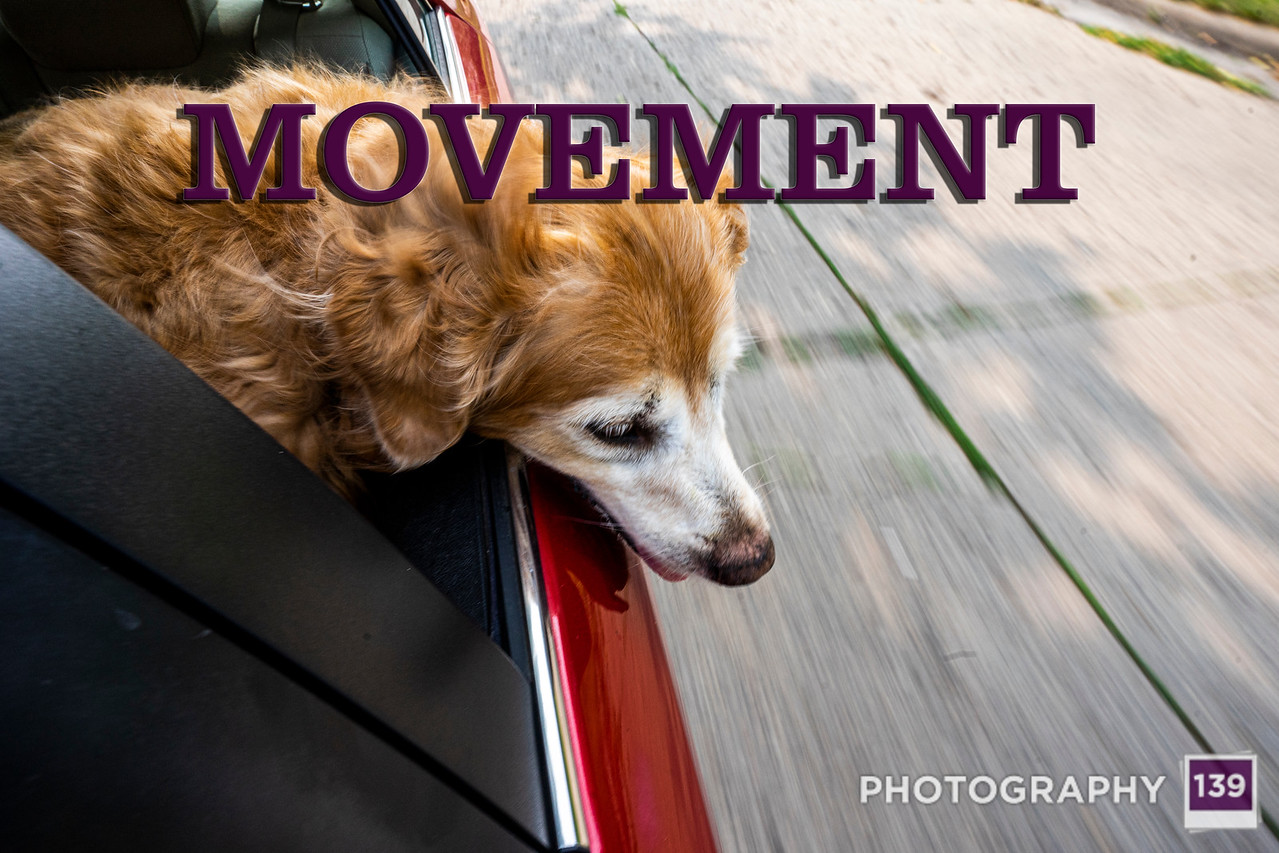 And if you can’t control shutter speed, don’t worry about it too much. Just get a picture of something in motion and the photography gods will take care of the rest.