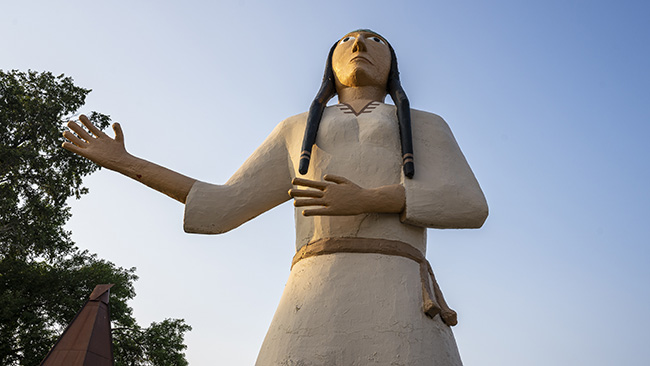 This the second and final collection of auxiliary images I took while harvesting the town signs of Pocahontas County. Although almost half of these images were taken in Buena Vista County. I wonder if this is the same Bob from Bob’s Bench? Don’t get me wrong. I hope the Pocahontas statue stands for a thousand years. I hope that when the apes inevitably taken over the planet from our failed species, that it is the head of this statue that Charlton Heston finds washed up on a beach before he damns humanity to hell. But man is it one ugly statue.