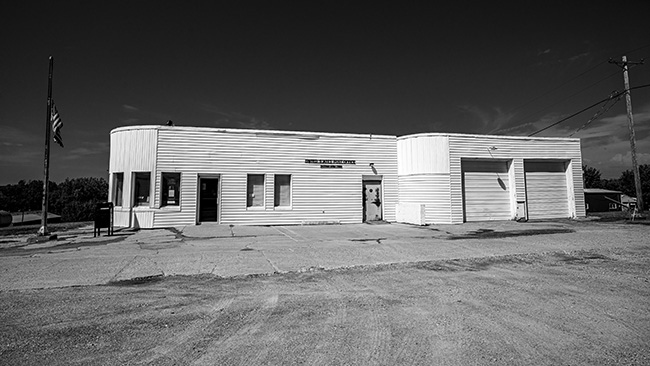 A few weeks back a tooled around Monona County and part of Harrison County harvesting town signs. Here is a collection of the auxiliary images I took on that trip:

They don’t make numbers high enough to count the number of drunk people that would hit this thing if it was in Boone.

Here is a little more information on the Turin Man from clio.com:

In 1955, a skeleton was discovered in a gravel pit near Turin, Iowa. Experts first proposed that these remains were about 10,000 years old, going back to the “early people” of the ice age era. As archaeologists continued to excavate, they found in succession three more human skeletons. After months of rigorous reconstruction of the remains and scientific testing, experts concluded that the skeletons were likely a family unit about 6,000 years old. The site provided evidence of prehistoric burial practices with many similarities to ancient burials found throughout the eastern United States. The skeletons found here in Turin were the oldest human remains discovered in the state until August of 2011, when archaeologists excavated a 7,000 year old village in Des Moines.

Next set of auxiliary images we will peek at are from Shelby and Mills counties.