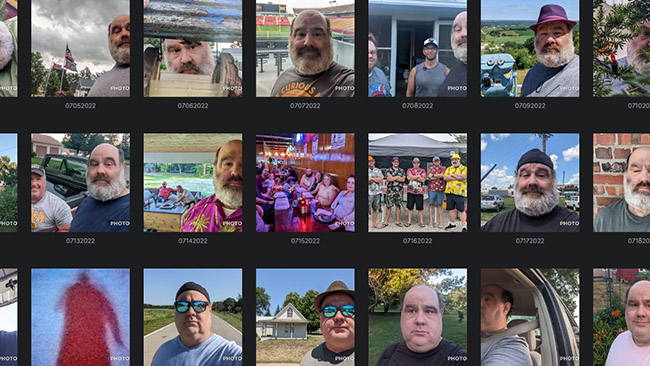 This is a reminder that tomorrow there is a dog and exotic animal pet show for Pufferbilly Days. A person could also enter a cat, but people don’t, cause… cat. I mean, it explains itself.

However, I give this reminder with the caveat that it is possible that the Dog and Exotic Animal Pet Show could possibly be cancelled due to heat.

Here is the information you need if you are interested: 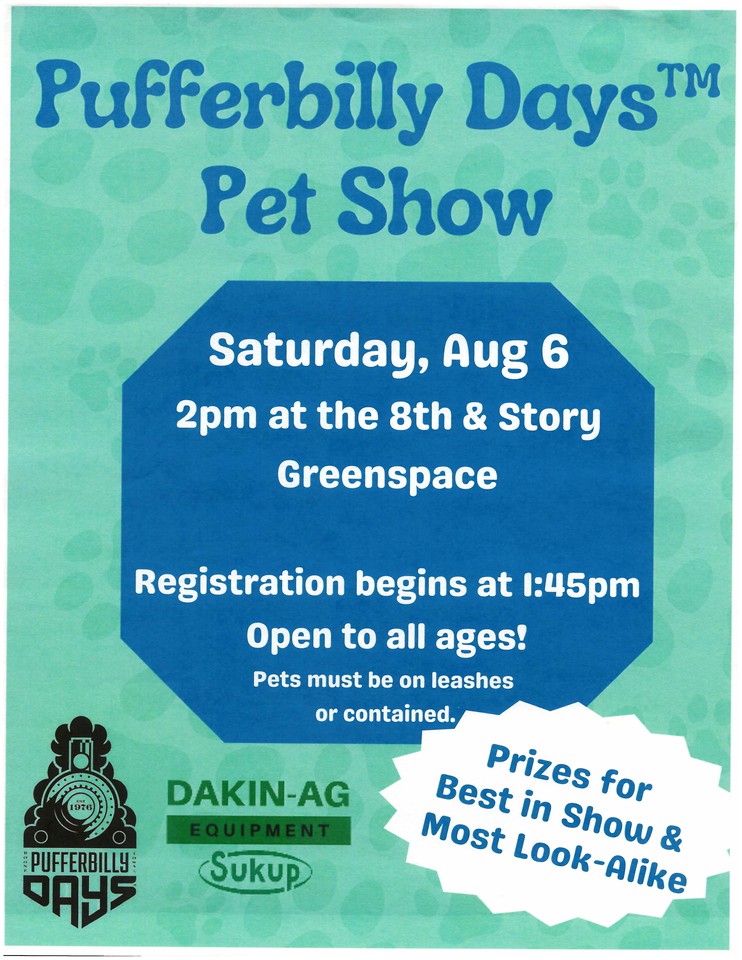 If it goes down, I will be there to photograph it. If it doesn’t go down, I’ll probably be eating ice cream, in the air conditioning.

I think I had a pretty busy July, but you can be the judge of that.

Here are some of my favorite images: 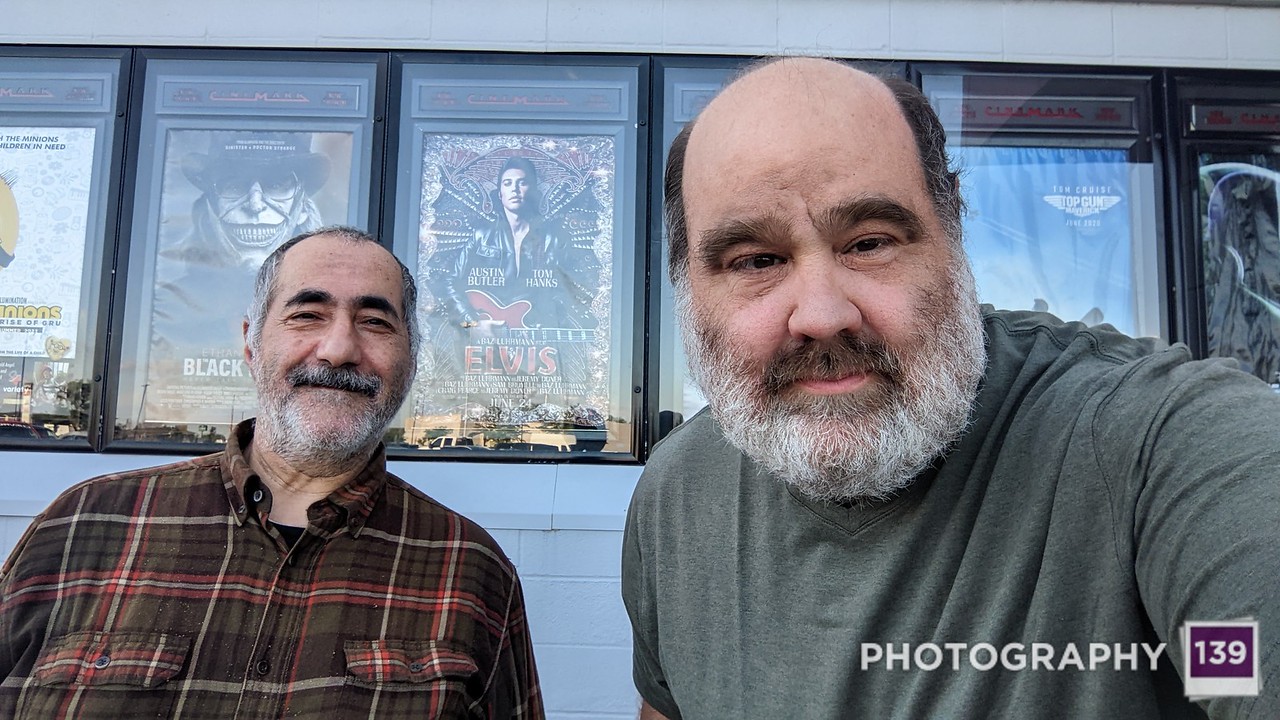 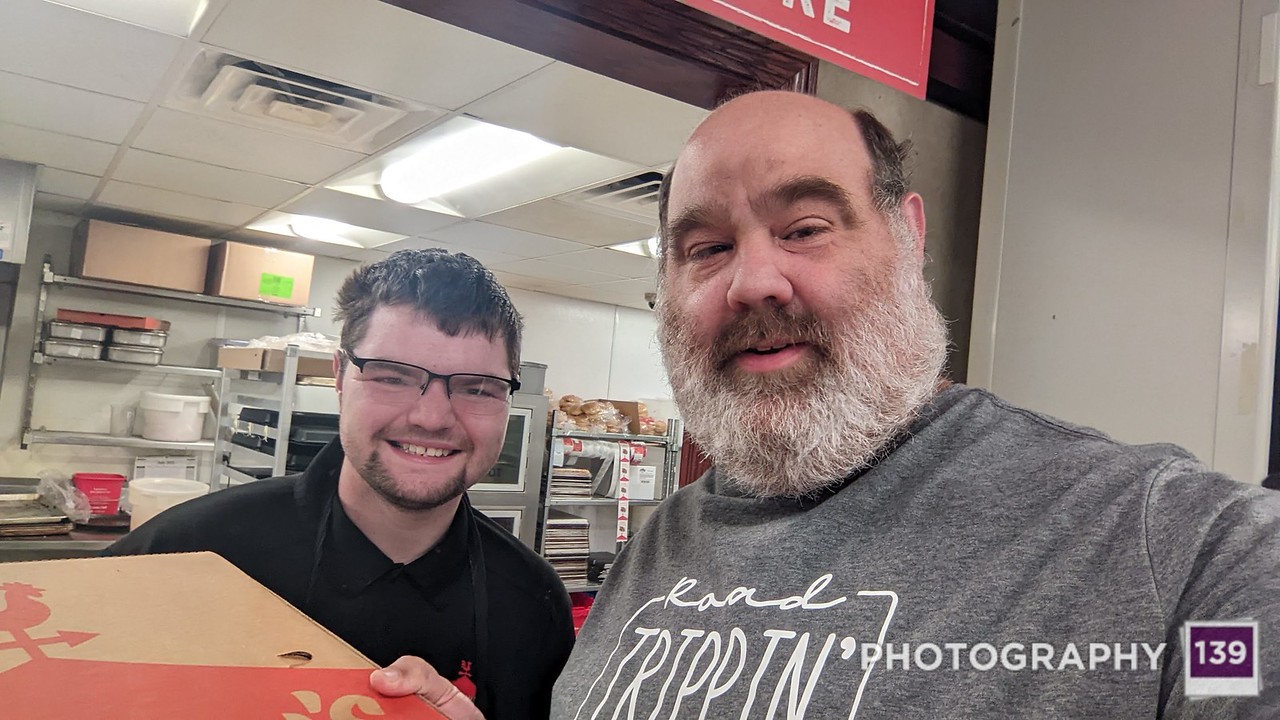 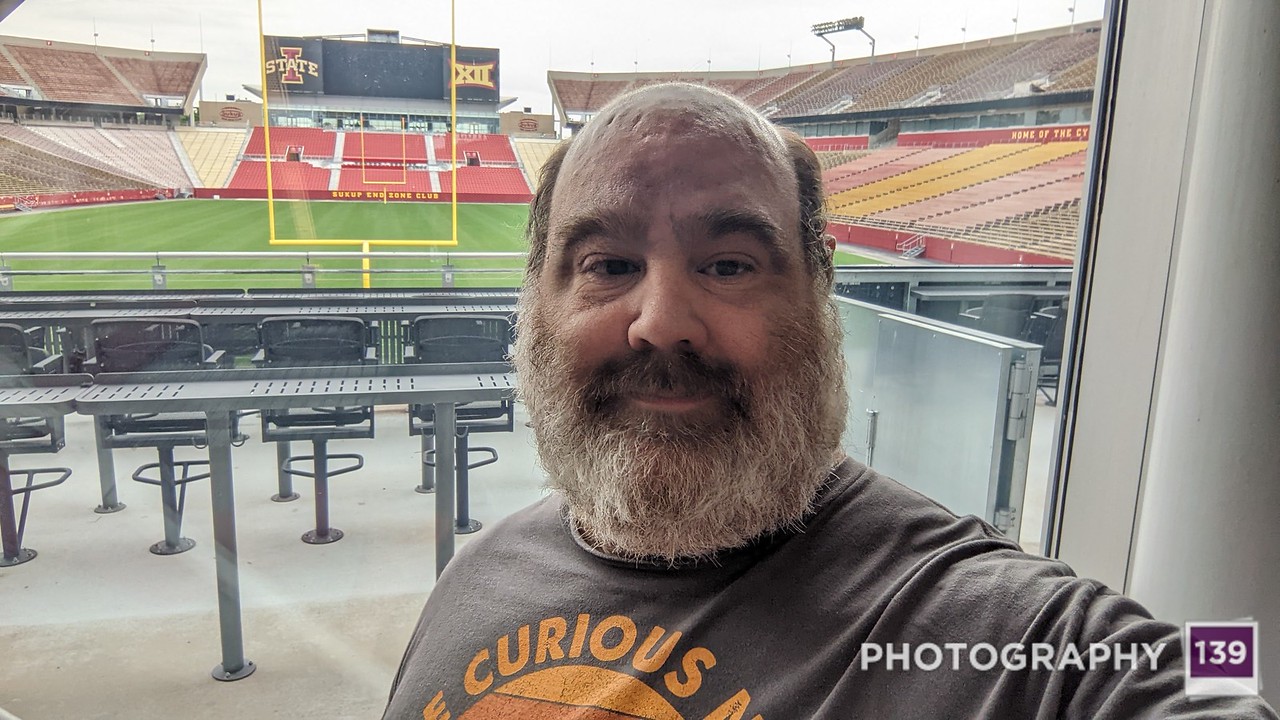 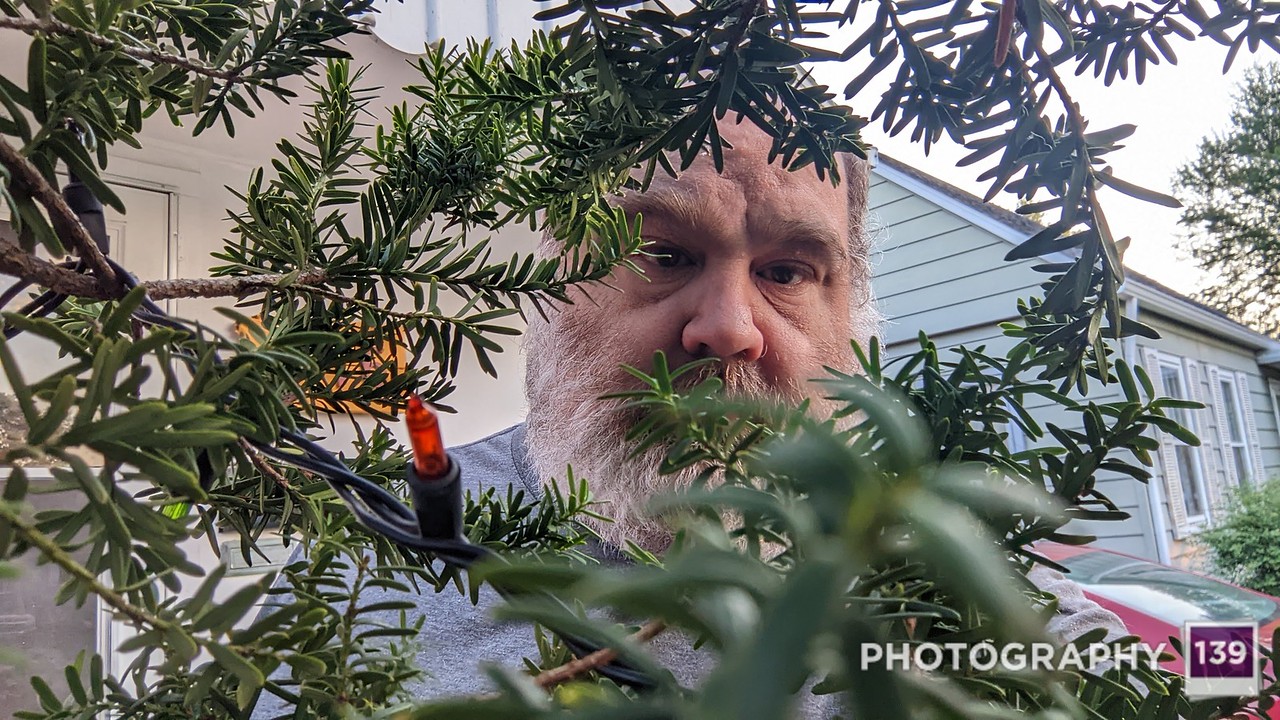 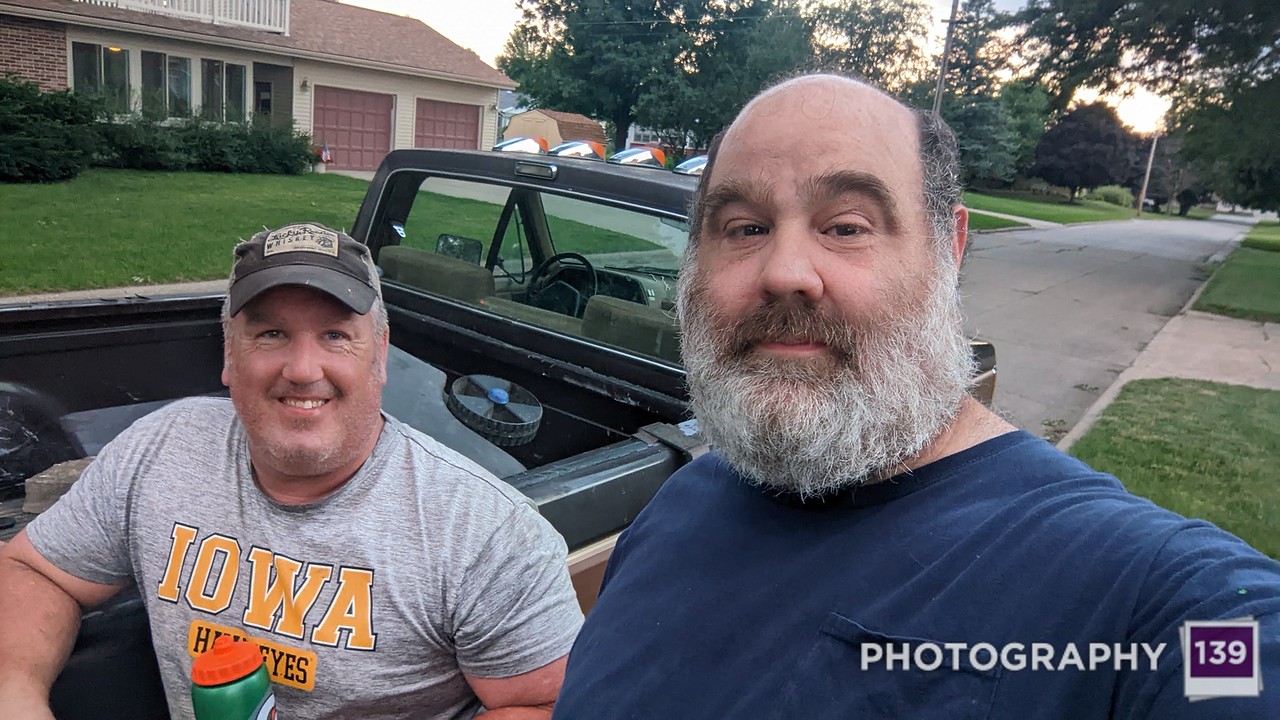 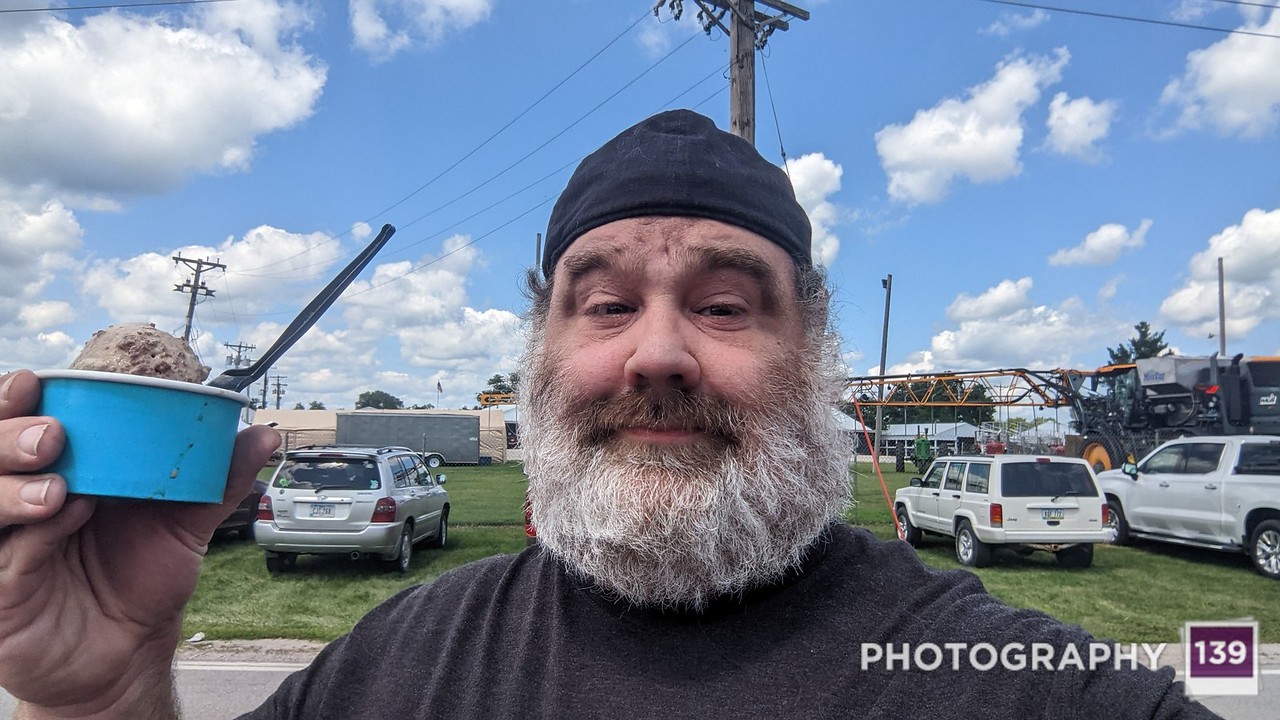 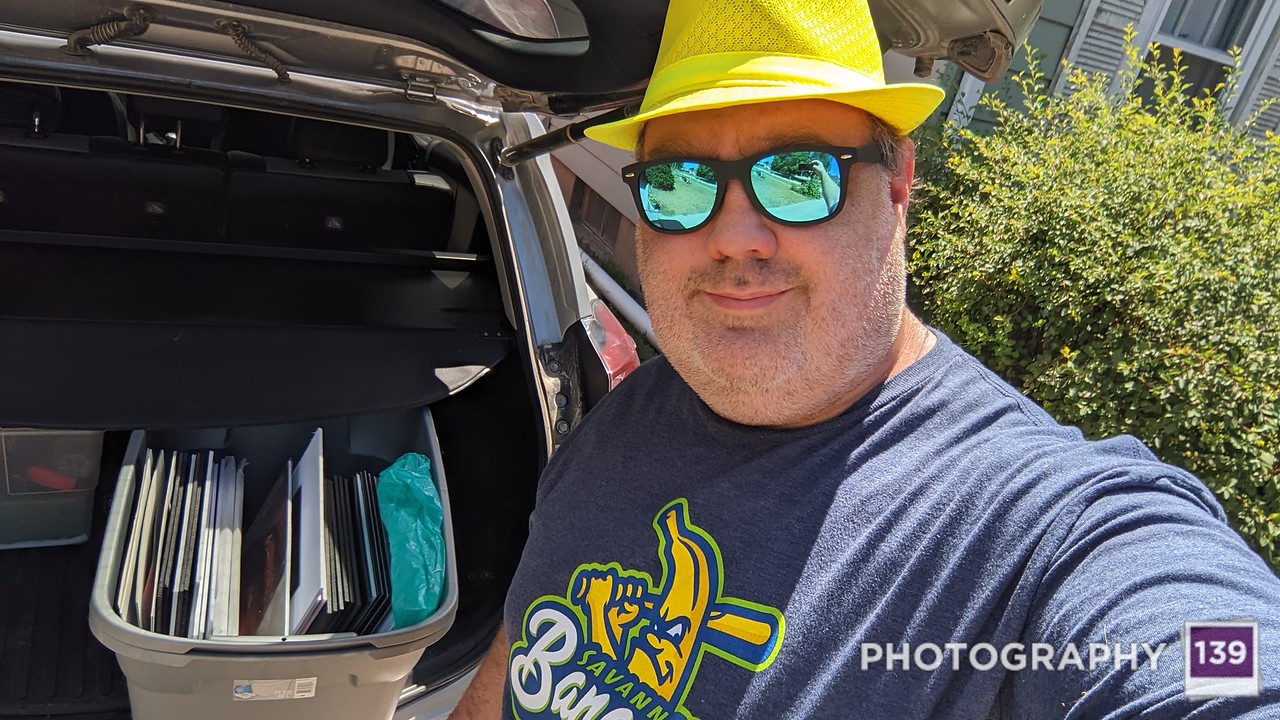 Obviously there were lots of selfies that couldn’t make the cut for this month’s THE SELFIE PROJECT. Here are some of my favorite alternates: 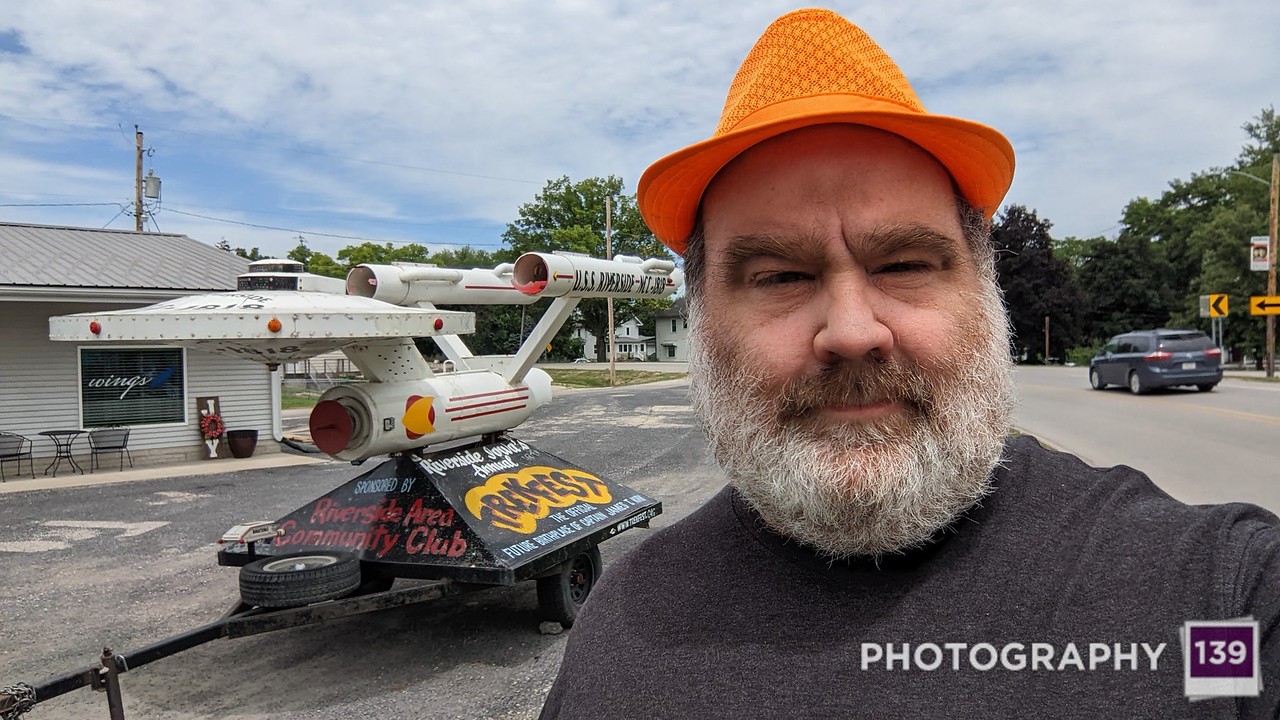 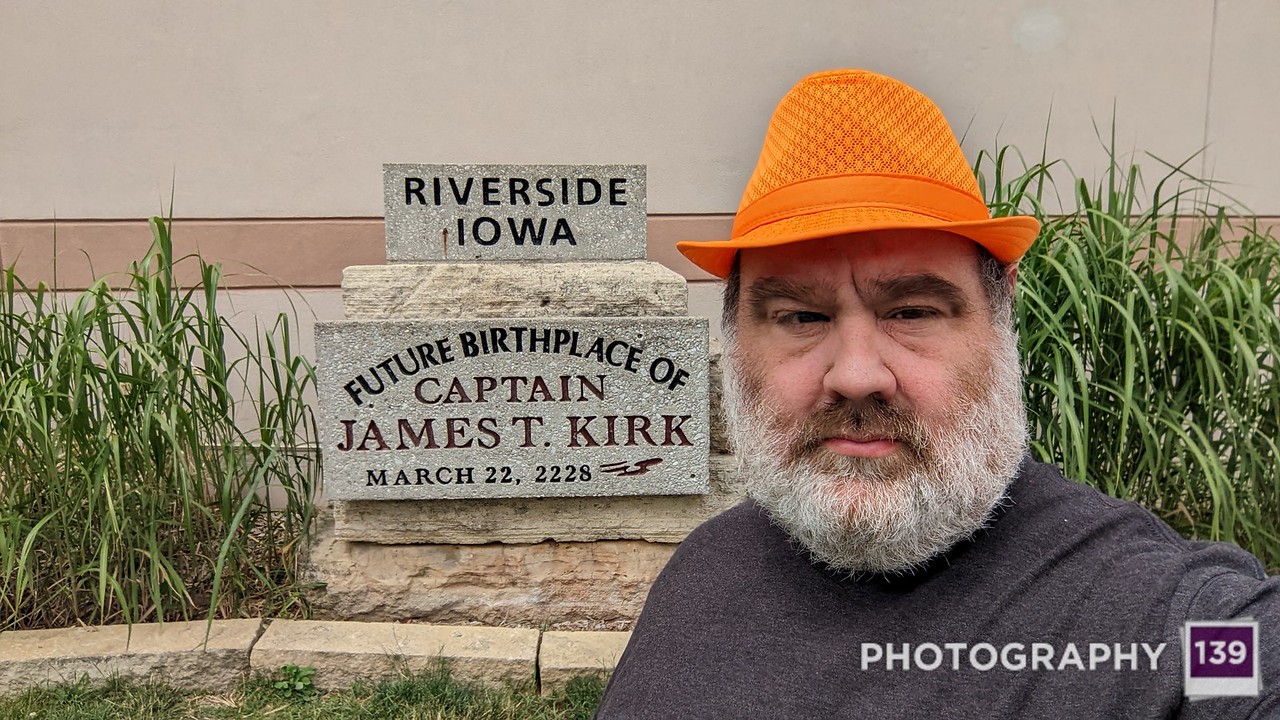 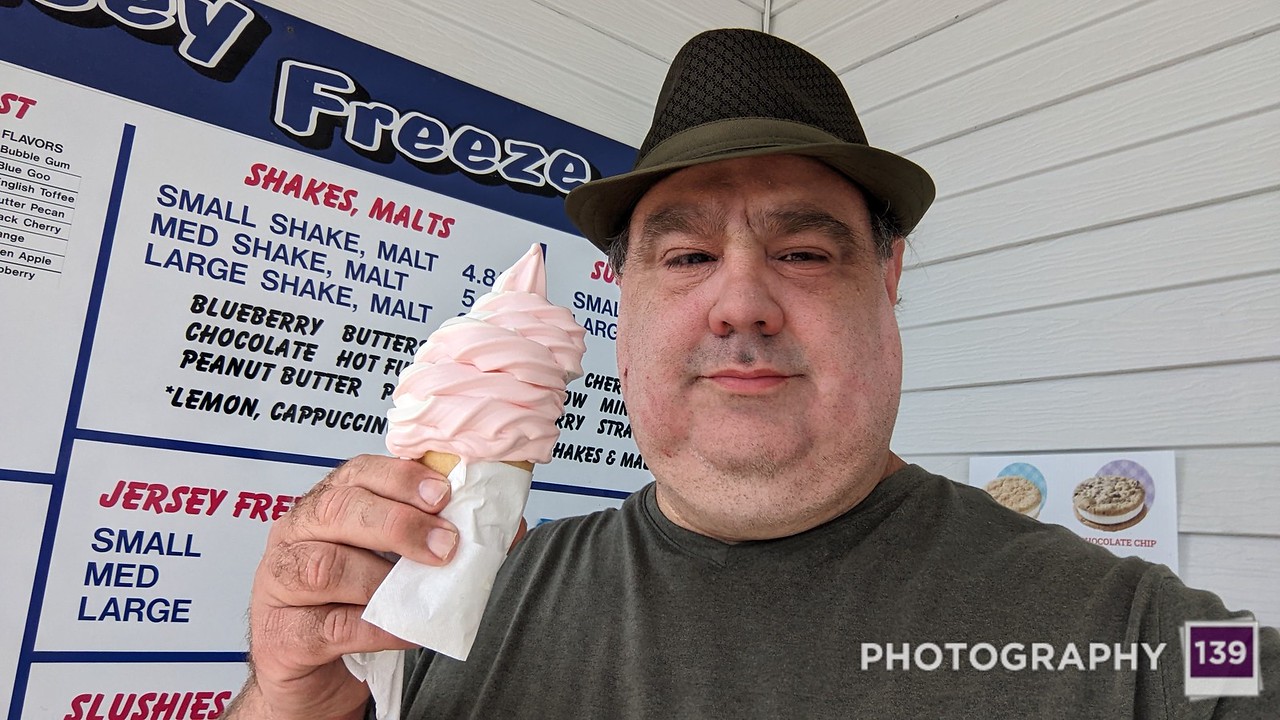 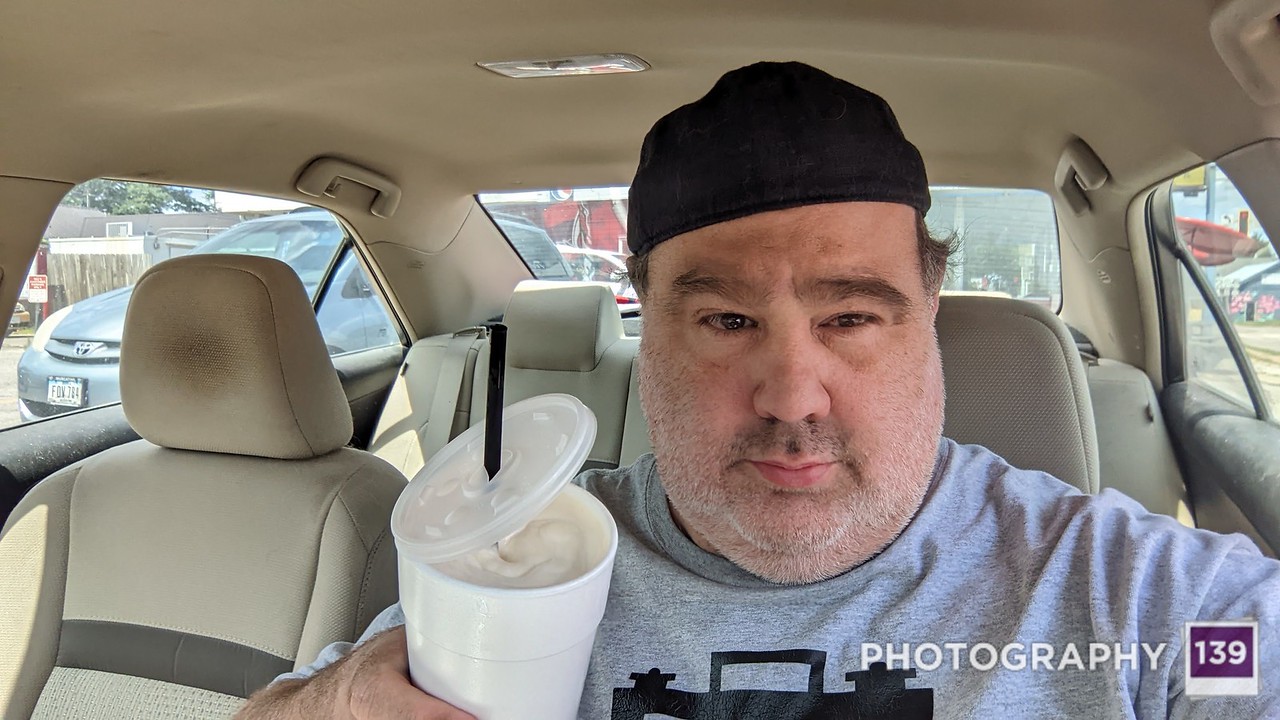 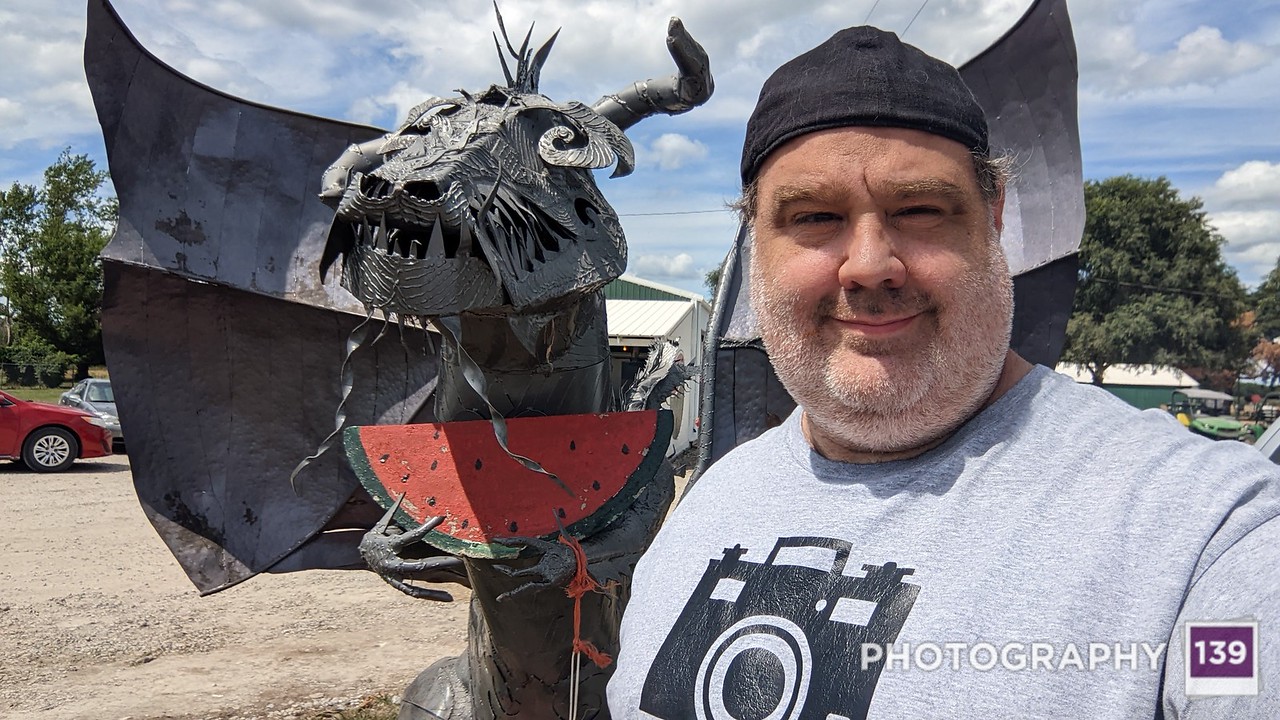 My August calendar is pretty loaded up with Pufferbilly Days, the Iowa State Fair, and numerous TOWN SIGN PROJECT road trips all planned for the month. I’m even going to take some time off work. I’m not going anywhere. I’m just not going to work for a few days. I’m looking forward to it. I hope when we reconvene to look at my August pictures that there are some great new memories in there as well.

This is your reminder that this week’s THE WEEKLY PHOTO CHALLENGE theme is PEOPLE:

PEOPLE! What a great theme for Year 9 of THE WEEKLY PHOTO CHALLENGE!

But what is a PEOPLE picture? Well, it is simply a picture that has a PEOPLE or multiple PEOPLE in it. (Somewhere an English teacher is hanging their head so low right now.) I know. PEOPLE are vile and disgusting subjects. They are a failed species that are responsible for 99.999999999999999999999999999999999999% of the evil on this planet. Completely susceptible to propaganda. Responsible for the complete and utter raping of our planet. Avarice. Greed. War. Genocide. Racism. Homophobia. Transphobia. Misogyny. All unique products of PEOPLE. What I’m trying to say is that in the coming war between monkeys and humans, I am hard core #TeamMonkey*. I’d like to say we’ve had a good run, but all the evidence is to the contrary.

I have to admit that after some of the events of the past week, I’m still 100% #TeamMonkey in the coming Human vs. Monkey War (where do you think Monkey Pox comes from), but I think slightly better of our doomed and failed species than I did on Monday.

While thinking on possible subjects for your PEOPLE picture think on the words of the Law Giver:

“Beware the beast man, for he is the devil’s pawn.”
“Alone among God’s primates, he kills for sport or lust or greed. ”
“Yea, he will murder his brother to possess his brother’s land. ”
“Let him not breed in great numbers for he will make a desert of his home and yours. ”
“Shun him. ”
“Drive him back into his jungle lair. ”
“For he is the harbinger of death. “