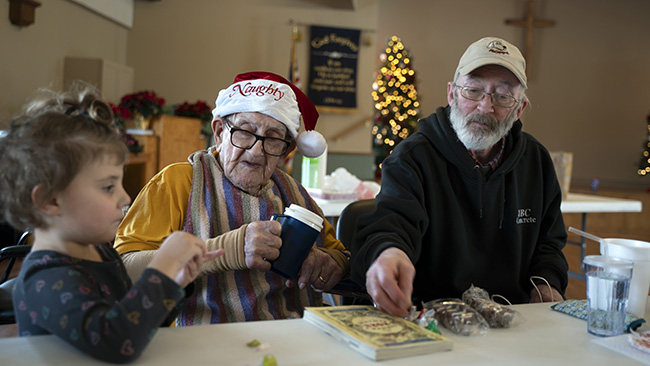 I hope everybody had a wonderful Christmas. This little picture is my way of saying Merry Christmas to all of you:

Merry Christmas
By Rev. Ronald Carlson Jr.
Dean of the Cabinet and District Superintendent of Riverview Park District
“Everyone who heard it was amazed at what the shepherds told them.”
– Luke 2:18 (CEB)
In those days Caesar Augustus declared that everyone throughout the empire should be enrolled in the tax lists. 2 This first enrollment occurred when Quirinius governed Syria. 3 Everyone went to their own cities to be enrolled. 4 Since Joseph belonged to David’s house and family line, he went up from the city of Nazareth in Galilee to David’s city, called Bethlehem, in Judea. 5 He went to be enrolled together with Mary, who was promised to him in marriage and who was pregnant. 6 While they were there, the time came for Mary to have her baby. 7 She gave birth to her firstborn child, a son, wrapped him snugly, and laid him in a manger, because there was no place for them in the guestroom. 8 Nearby shepherds were living in the fields, guarding their sheep at night. 9 The Lord’s angel stood before them, the Lord’s glory shone around them, and they were terrified. 10 The angel said, “Don’t be afraid! Look! I bring good news to you—wonderful, joyous news for all people. 11 Your savior is born today in David’s city. He is Christ the Lord. 12 This is a sign for you: you will find a newborn baby wrapped snugly and lying in a manger.” 13 Suddenly a great assembly of the heavenly forces was with the angel praising God. They said, 14 “Glory to God in heaven, and on earth peace among those whom he favors.” 15 When the angels returned to heaven, the shepherds said to each other, “Let’s go right now to Bethlehem and see what’s happened. Let’s confirm what the Lord has revealed to us.” 16 They went quickly and found Mary and Joseph, and the baby lying in the manger. 17 When they saw this, they reported what they had been told about this child. 18 Everyone who heard it was amazed at what the shepherds told them. 19 Mary committed these things to memory and considered them carefully. 20 The shepherds returned home, glorifying and praising God for all they had heard and seen. Everything happened just as they had been told. Luke 2:1-20 (CEB)
Luke says it all… perfectly.

O almighty God, by the birth of your holy child Jesus, you gave us a great light to dawn on our darkness. Grant that in his light we may see light. Bestow on us that most excellent Christmas gift of love to all people, so that the likeness of your Son may be formed in us, and that we may have the ever brightening hope of everlasting life; through Jesus Christ our Savior. Amen (The Book of Worship 1965, ALT.)

On certain holidays, I like to share some power rankings. I’m not going to go in depth on this as I originally intended. When I made some plans for this, I didn’t realize a new season of JACK RYAN and EMILY IN PARIS were both being released this weekend!

But without further adieu, here is my Christmas Movie Power Rankings.

Please respect my decision. There will be no interviews at this time. Maybe next Christmas I will go in depth on this list.

Time to reveal the June image for the 2023 Photography 139 Calendar:

This image was my submission for THE WEEKLY PHOTO CHALLENGE theme SLICE OF LIFE. That theme is named in honor of my Dad’s postcard company. This image is my interpretation of his style of postcard designs. However, you can look at this and know it wasn’t that hard for me to put this together in Photoshop, but try to think of how hard a similar design would have been to make in a darkroom.

There are no technical details for this image since it is a composite image.

Tomorrow I will unveil the July image for the 2023 Photography 139 Calendar.

Once again I am going to skip Formal Portrait Sunday. Instead I’m going to share some pictures from when I got together with some of Olivia’s family for Christmas at Westhaven a couple weeks ago. Not everybody could make it because of illness, but sometimes in life you have to be happy for who is there and not be sad about who isn’t there.

Here are a few pictures from the celebration: 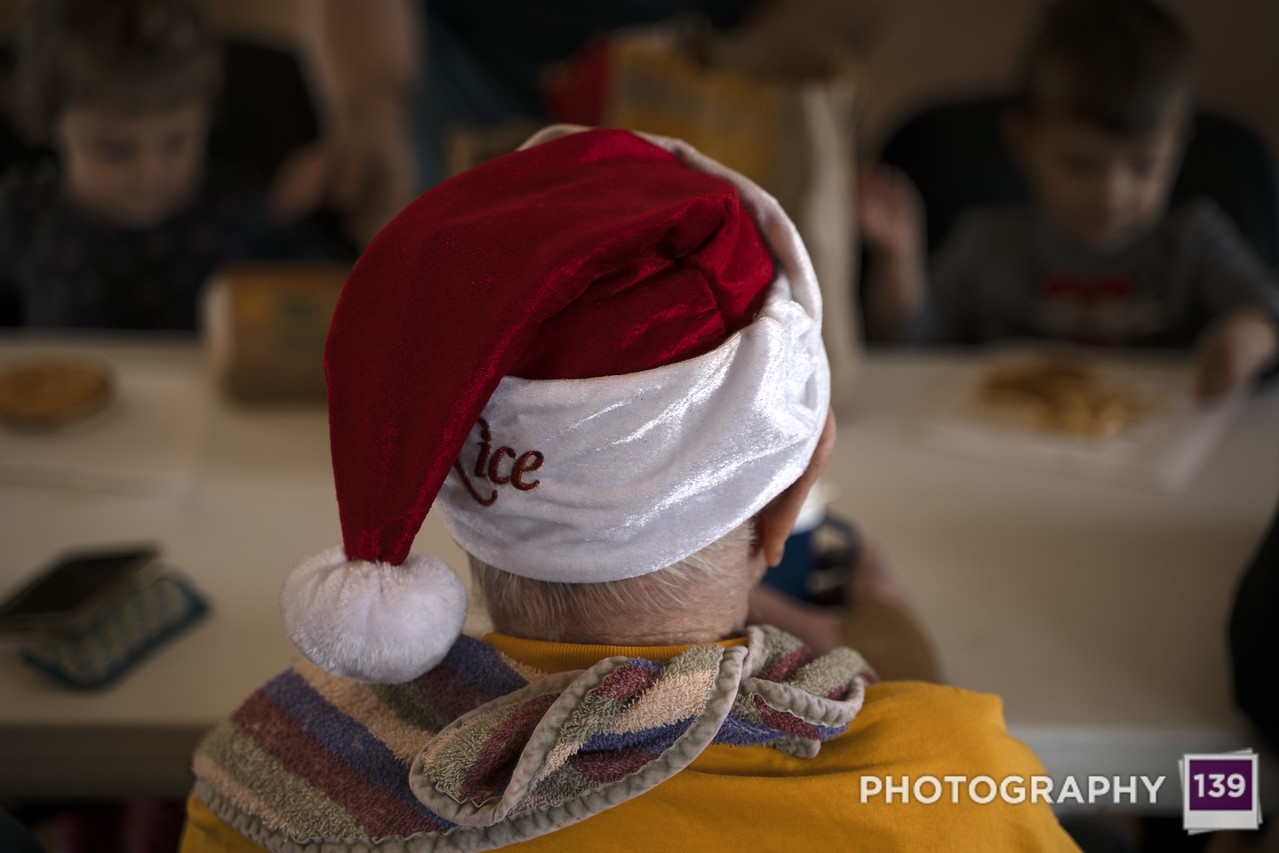 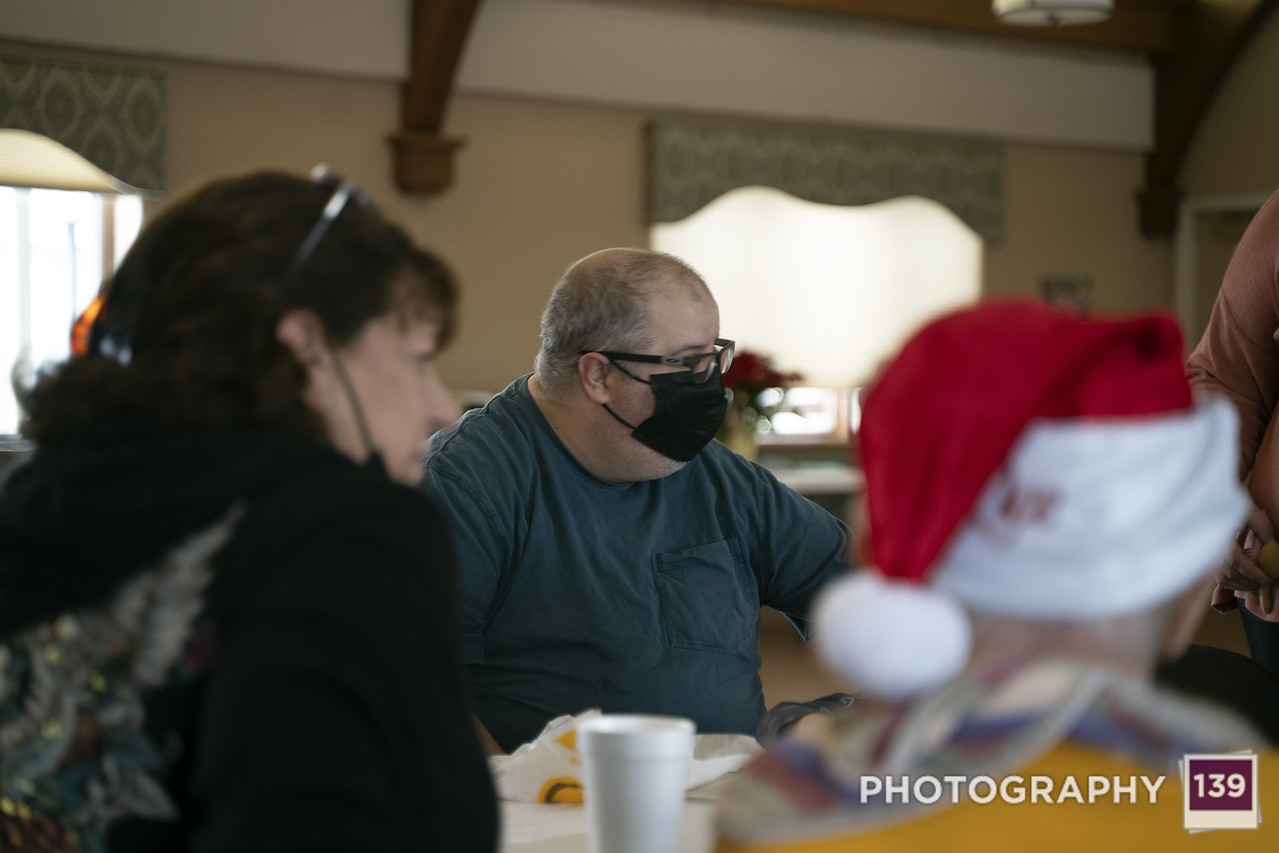 Triplets man… So much energy!