I ran into and old friend by the name of Sean Clubine at Best Buy yesterday. For some strange reason we began recounting horror stories about our time spent at Wesley Woods.

Then he asked if I went to Mexico for confirmation. I didn’t.

He asked because he wanted to know if I remembered eating in a restaurant where they were holding a cockfighting match.

Now I wish I would have went on that trip to Mexico. Cockfighting wasn’t in the brochure.

The lesson of these pictures is that I need more exercise. 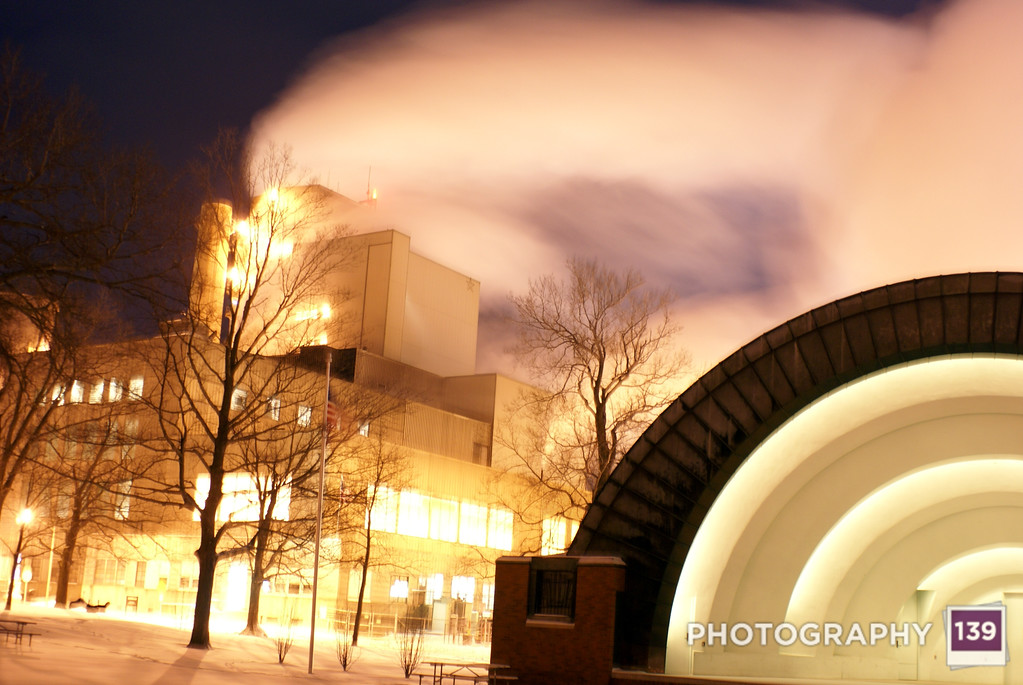 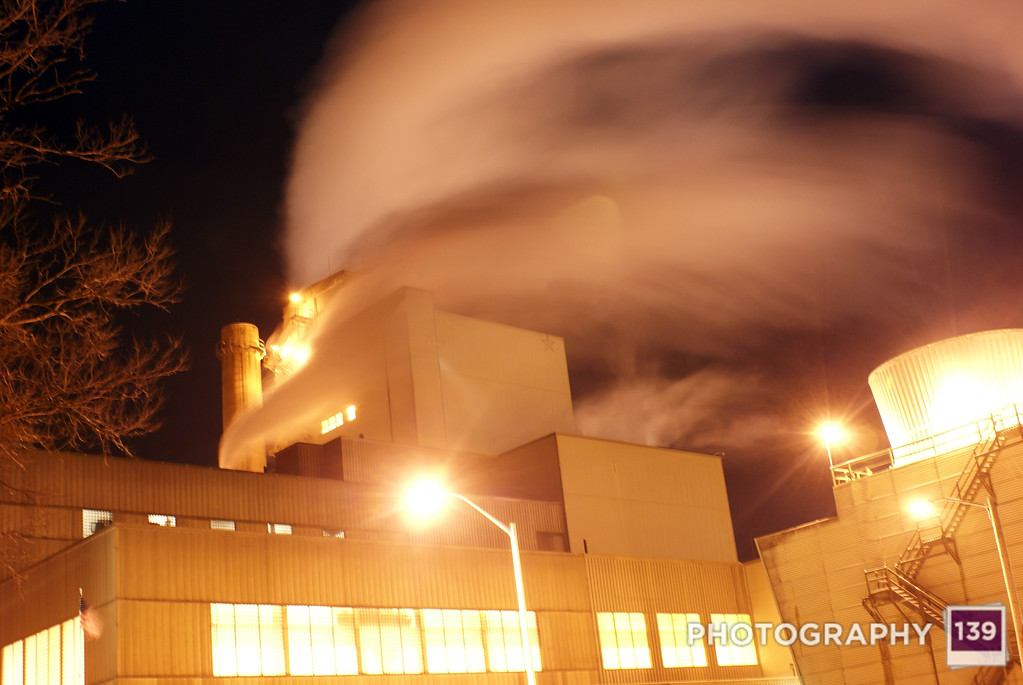 I heard something yesterday that incredibly angers me, but that might be for a later time. Here is a new episode of film school about the movie Beowulf. Jay is getting pretty good at the editing. Now if only I were to improve we might have something here.

This episode is devoted to a movie made by a co-worker’s cousin. There is a prize for any person can figure out what word has been censored.

On Friday, the volleyball team upset No. 16 San Diego 3-2 in the first round of the NCAA tournament.

On Saturday, the swimming & diving team went up to Cedar Falls and whipped the Panthers 180-57.

The women’s basketball team beat up on Montana State 76-50.

The volleyball team beat No. 8 Wisconsin 3-0 in the NCAA tournament to advance to play No. 7 California on Friday in the regionals.

Then today, (in a sport I actually loathe) the No. 2 wrestling team went to Minnesota and defeated the No. 1 ranked Gophers 18-13.

Another review is ready for public consumption. Below you will find my review of both American Gangster and eating at King Buffet.

Just to explain what is going on in this video, somehow the original recording was lost. Jay recapped what I said with my good buddy Emperor Solar System.

A look at Central Campus at night. 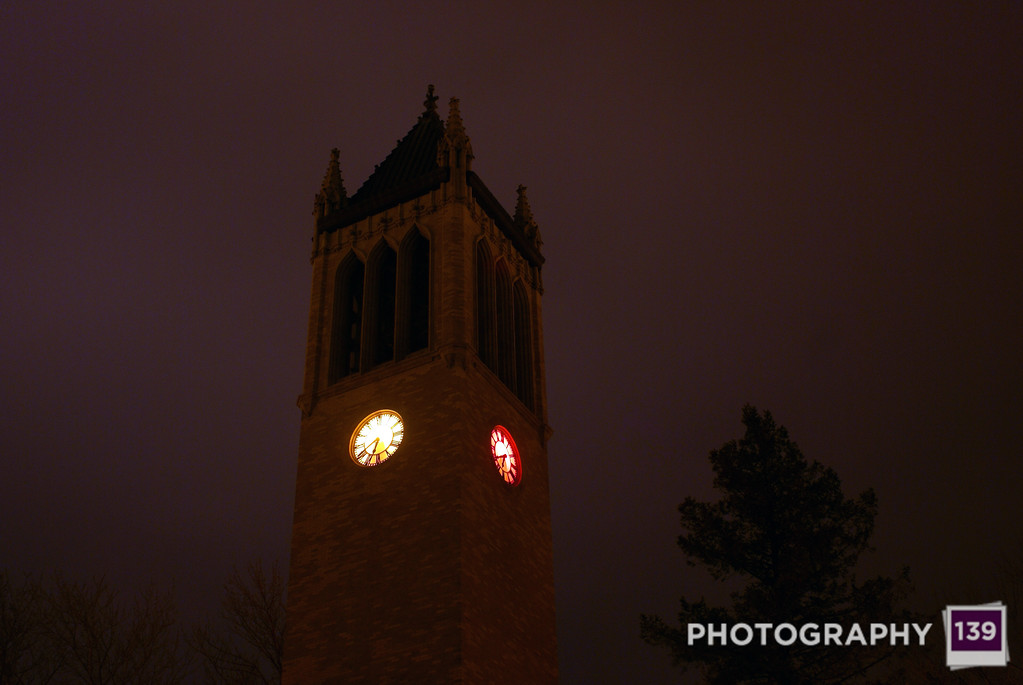 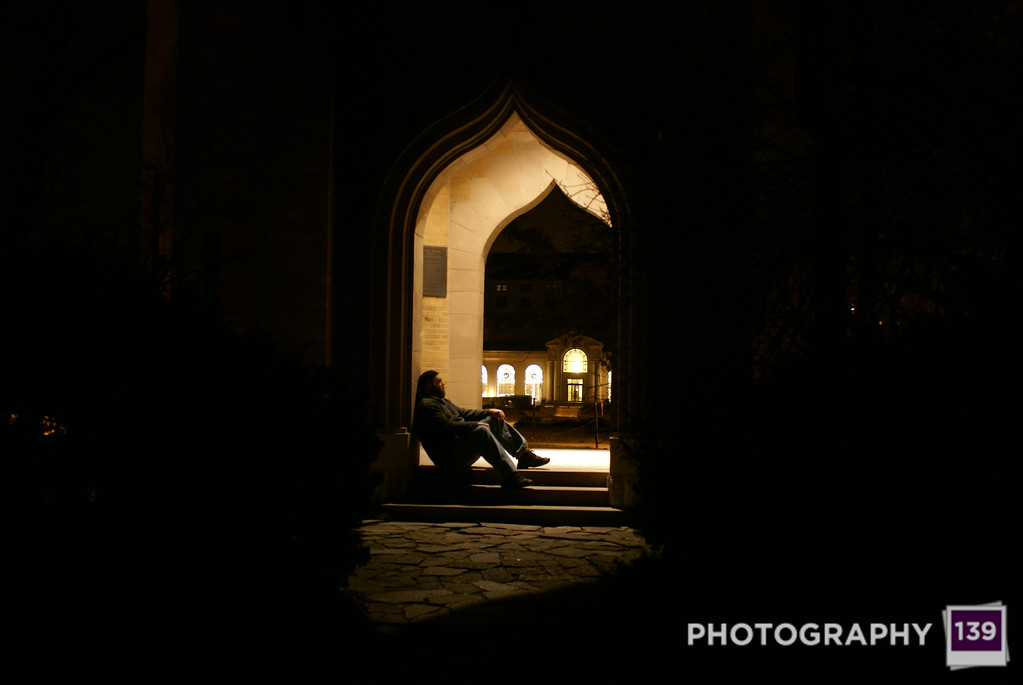 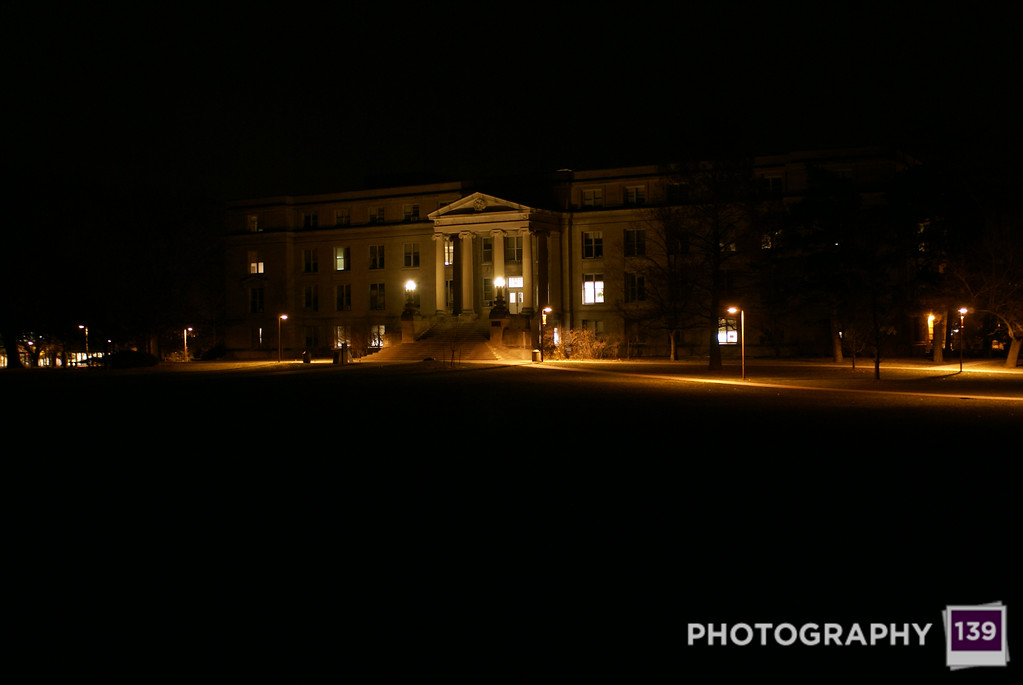 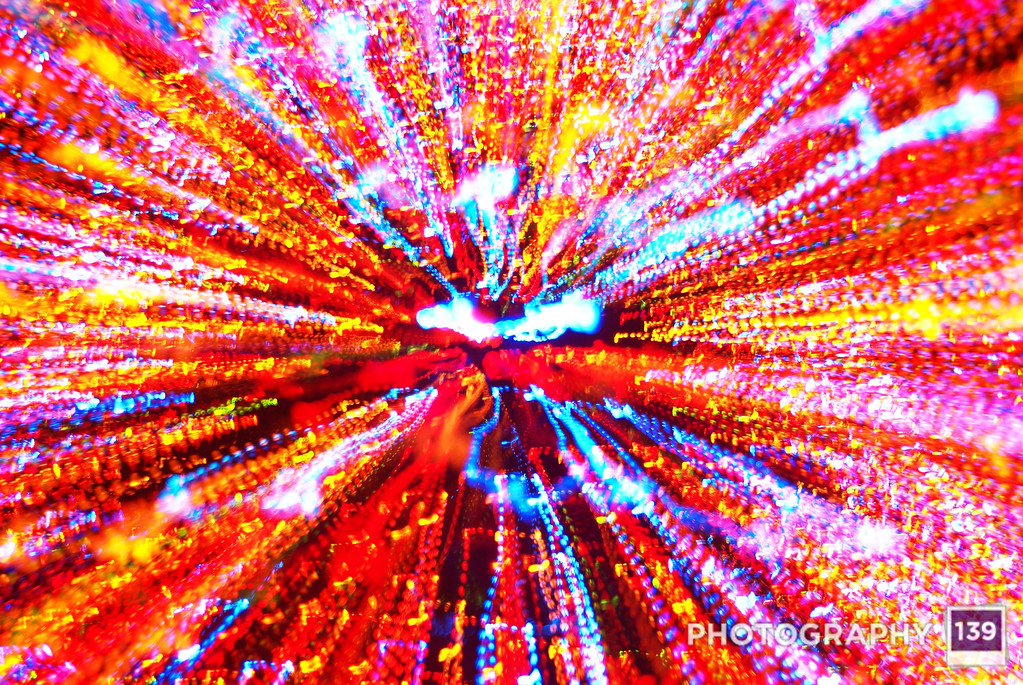 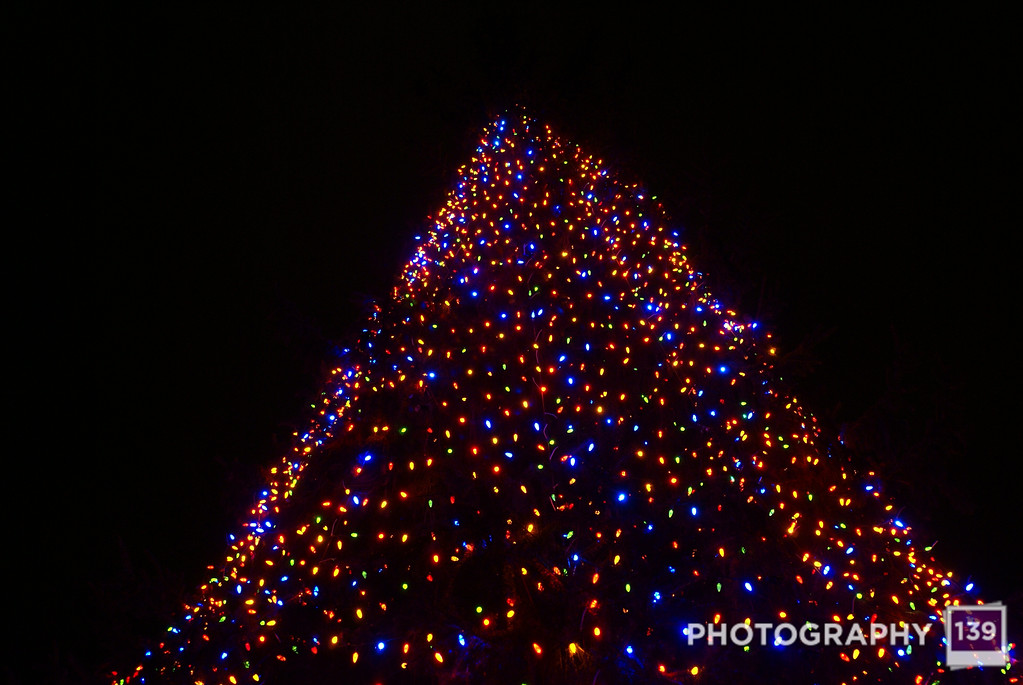 Here is another episode of film school. Ummmm . . . I sure like to ramble and I think I actually discuss this movie for about 10 seconds of the 2 minutes of actual screen time. I need to start preparing for this stuff. Apparently I can’t just sit down and play. Jay still does a solid job of editing though. He could make me look much worse.

In a strange twist of events I was told that I look like James Bond at work yesterday. I’m told that this was not a sarcastic comment despite the fact that I haven’t shaved in about 3 weeks.

I am a person who despite appearing outwardly chaotic, is very much a person of ritual. There are several websites I check daily:

However it is one website in particular that has made me think that I should start a daily blog about things that transpire at the Computer Mine:

I’m not saying that I’m going to do such a thing, but if I ever get my FTP problems straightened out and a website suddenly exists at www.thecomputermine.com with a cool clip art graphic of a computer wearing a miner’s helmet, you just might know the anonymous blogger. In fact, I might make it a group effort. There are so many stories about this place that I might need some co-conspirators.

When I explain the Computer Mine to most people they without exception compare the place to The Office or Office Space. I will tell you a story that could a story about something that happened to me yesterday that could have literally been lifted from The Office.

As I have returned to the world of the humans and become a person with adequate social skills again I began getting to know and learn about the other people in the mine’s employ. For the most part I learned that the socially unacceptable people weren’t really that bad. They didn’t belong to certain social cliques and were less than socially gifted, but they weren’t necessarily bad people. It seemed more of a case where other people didn’t take the time or energy to get to know that person. They found out enough to make a cognitive shortcut and make their judgment about that person so that they knew how to deal with that person as a type rather than as an individual.

However, (not counting the middle aged shrews) there was one person that I have never been able to converse with at any meaningful level. Literally every time that I have had a conversation with him, it has ended poorly. Most people around the mine call him Chode. I have refrained from using this term because I don’t think most people have taken the effort to know what a chode is and what it is definitely isn’t the type of language that is thrown around a professional work atmosphere. Click “HERE” if you have a burning desire to know the definition of the term. I don’t recommend it.

I will call him D-Squared for the purpose of this story.

I feel sorry for D-Squared because I don’t think anybody ever taught him what it means to be a man. I mean to really be a man. I think he has cobbled together an image of what a man is supposed to be through images from television, movies, video games and men’s locker rooms.

I was having a conversation with a co-worker about going to see Hairspray. D-Squared piped in and tried to run down my manliness for going to a musical. The co-worker pointed out that he was a hypocrite because he had went to see Rent. He countered that Rent was cool and perhaps manly because it had a stripper and she did a sexy dance.

I was shipping out a loaner computer. The shipping area in the mine is located near the vending machines. As I was printing the packaging slip, D-Squared came around the corner and said, “That’s what she said.”

I ignored him because I was quite certain that he was talking to Paul (who sits nearby) and not to me. I did not know that people actually used that joke in a way that wasn’t sarcastic.

I got down on my hands and knees to tape up the box because it is easier than bending over because I’m something like 64% torso.

From behind me I hear D-Squared: “You look pretty natural in that position, you have lots of experience like that?”

I finished taping the box up and stood up. I cut him off before he continued strolling down Gay Joke Avenue.

“When you were coming around the corner you said, ‘That’s what she said’. What had the person said; that made you think that such a thing would be a hilarious retort?”

“Wow.” That was all that could escape my lips. I pushed the loaner computer over to the pickup area and walked away wondering if I would ever have an experience with D-Squared that wasn’t so painfully awkward. I am beginning to doubt it.

I’ve been sick lately. Without going into too much detail, about the color and size of things that have been extracted from my body lately I will just say that I’ve never been one to let me body dictate to me my social engagements. That is unless my body just completely shuts down and does not allow me to move. So rather than making an attempt to get healthy by resting and taking medicine and eating soup, I have been gallivanting around town. I really have only done two things to help myself get better. I’ve avoided the basement and I made some wassail. I don’t know if the wassail really aided my recovery process, but I did feel better after throwing down a warm cup of it now and then. However, this morning when I woke up, I actually felt akin to a human being for the first time in almost a week.

I even pursued tickets to the ISU-UNI game. A game that I was emotionally invested in because a certain Panther friend of mine sure likes to remind me that we keep losing to UNI. I might have even made bold proclamations on their MySpace page about a certain Cyclone victory.

Well the Cyclones did not cover the check that my mouth wrote. In fact, they were thoroughly humiliated. That check bounced about a mile high. UNI fans were allowed to chant: “U-N-I” in the hallowed arena that was once home to Hilton Magic. Cyclone “fans” (although they assuredly do not deserve the moniker “fan” which is derived from the term “fanatic” and since these people clearly are not fanatical so there must be another term that could describe them like “fanciers” or “People who have a passing interest in the Cyclones”) began funneling out of Hilton Coliseum shortly after the final television timeout.

I left the arena half expecting my phone to ring at any moment. There was a chance that a thorough thrashing like the Panthers had put on the Cyclones might trigger a gloating phone call. I know a thing or two about the gloating phone call. I make one to Jason Baier about every week that the Chiefs lose. Well I used to, but they lose so often now it hardly seems worth the effort to dial his phone number.

My phone did not ring. This meant that the gloating was going to come through the medium known as MySpace. I knew I needed to take my medicine, figuratively speaking of course. However, I knew that I could buy myself some time. I descended into the frigid depths of the basement and opened up Photoshop. I decided to wait a bit before knocking down my full piece of humble pie. I began editing some images I created last week to clear my head and make me forget about the horrible display of Naismith’s great game that I was witness to earlier this evening.

This pictures are similar to the other pictures I made earlier. I haven’t quite captured the image that I’m striving to make, but I am moving into that ballpark. 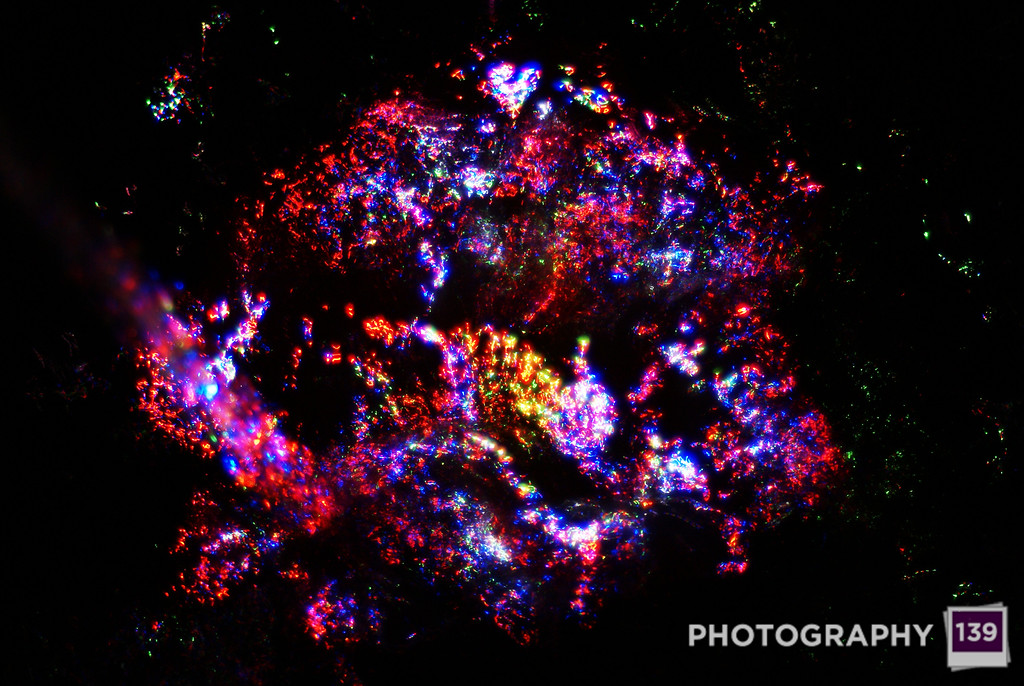 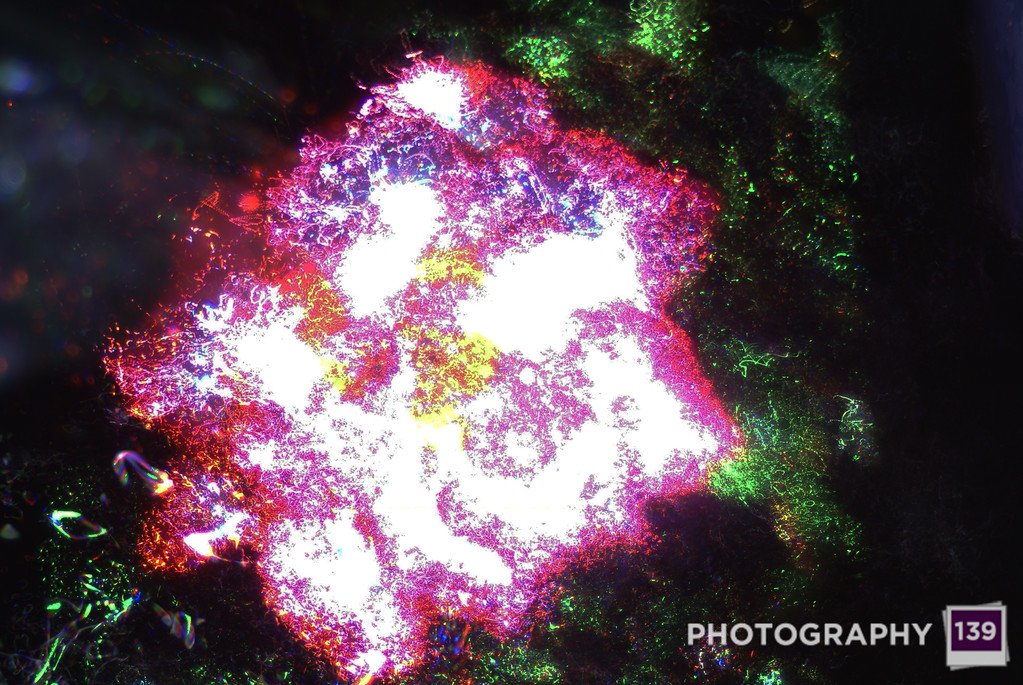 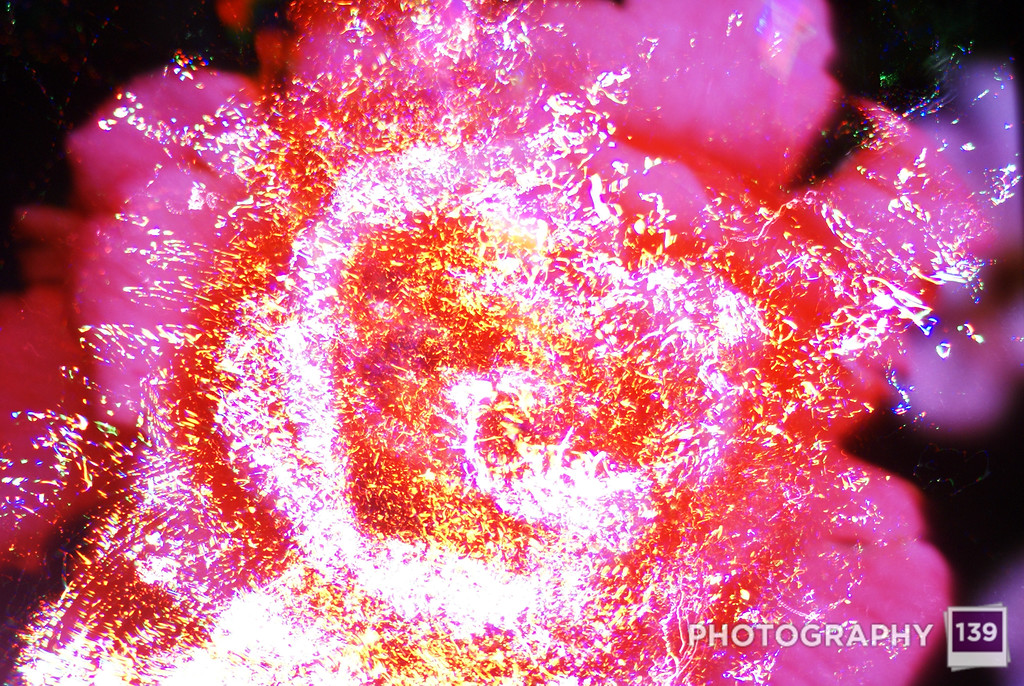 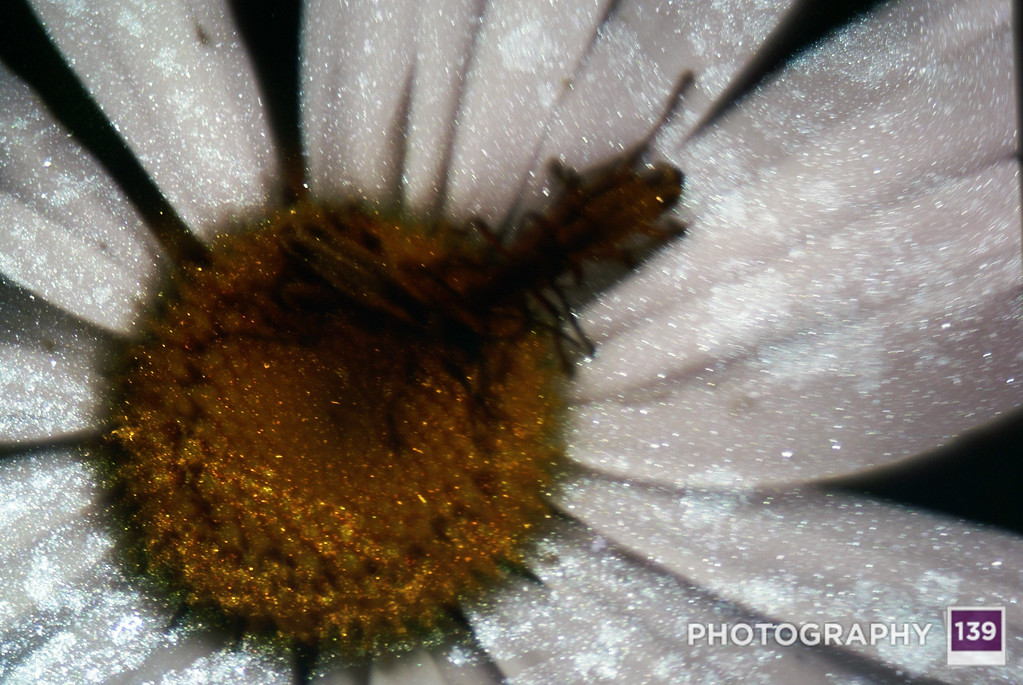 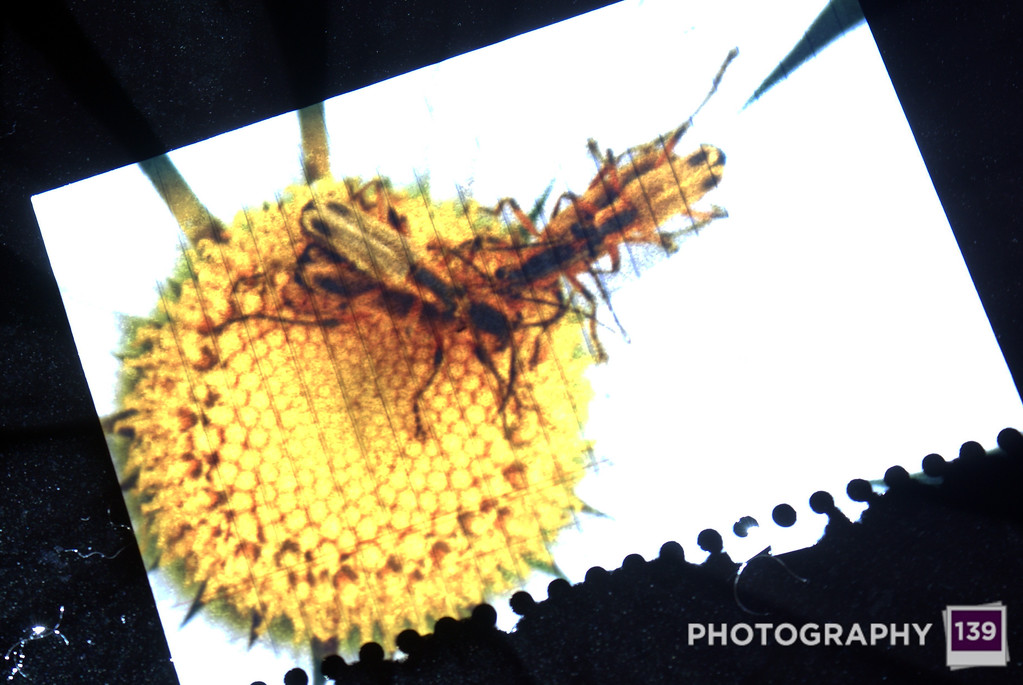