I went over to Suzie and Eric’s for T Night. I was pretty sure that the night would conclude with Suzie conceding that she was too far behind in the race for Monica’s Friend of the Year 2008 that she should just do the gracious thing and bow out of the race.

Instead the night concluded with a rousing round of video games. I have not played a video game in multiple years, but if you look at the pictures below, you might find some photographic evidence of an event that might not repeat its self for several years. I believe the game in which we were engaged is called Rock Band. 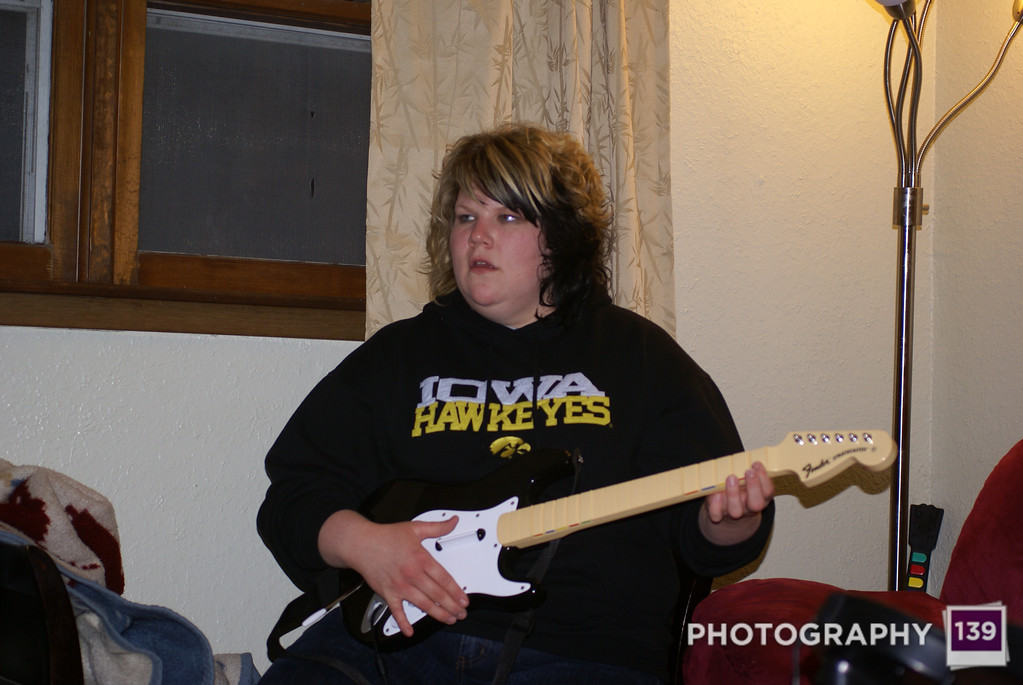 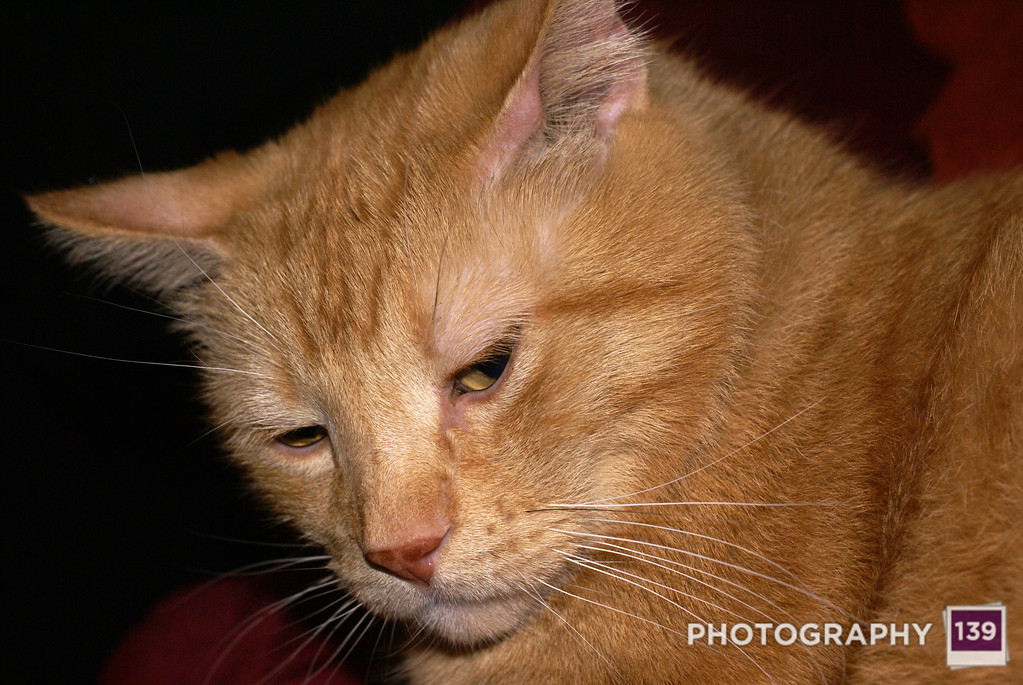 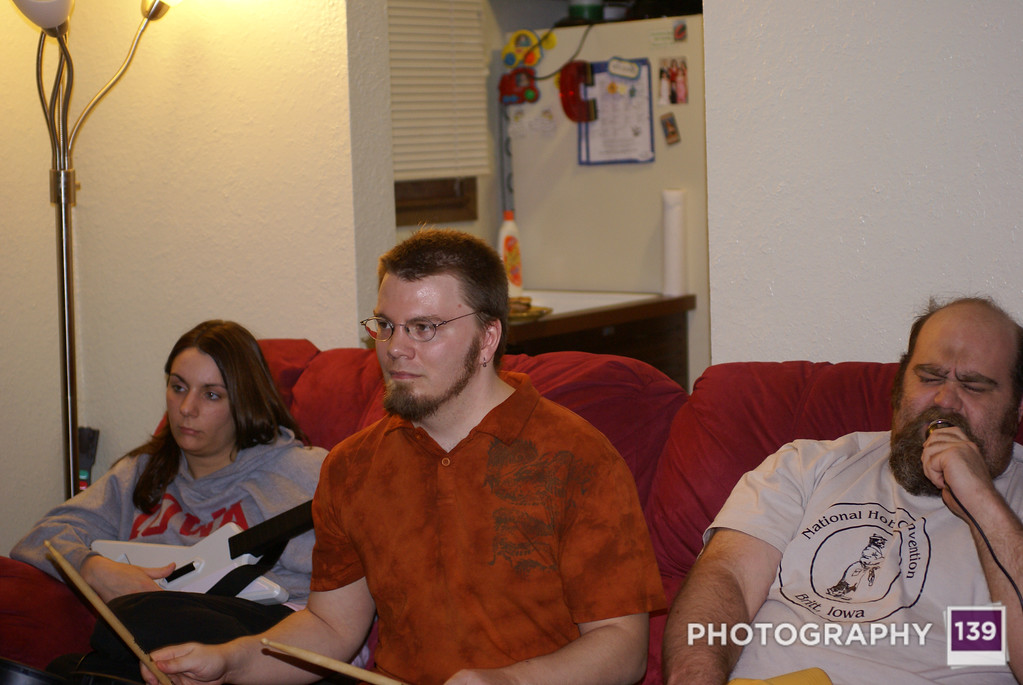 We ripped up some Nirvana, Oasis and Radiohead.