I woke up this morning with a mighty powerful hankering for some Cyclone Crunch. 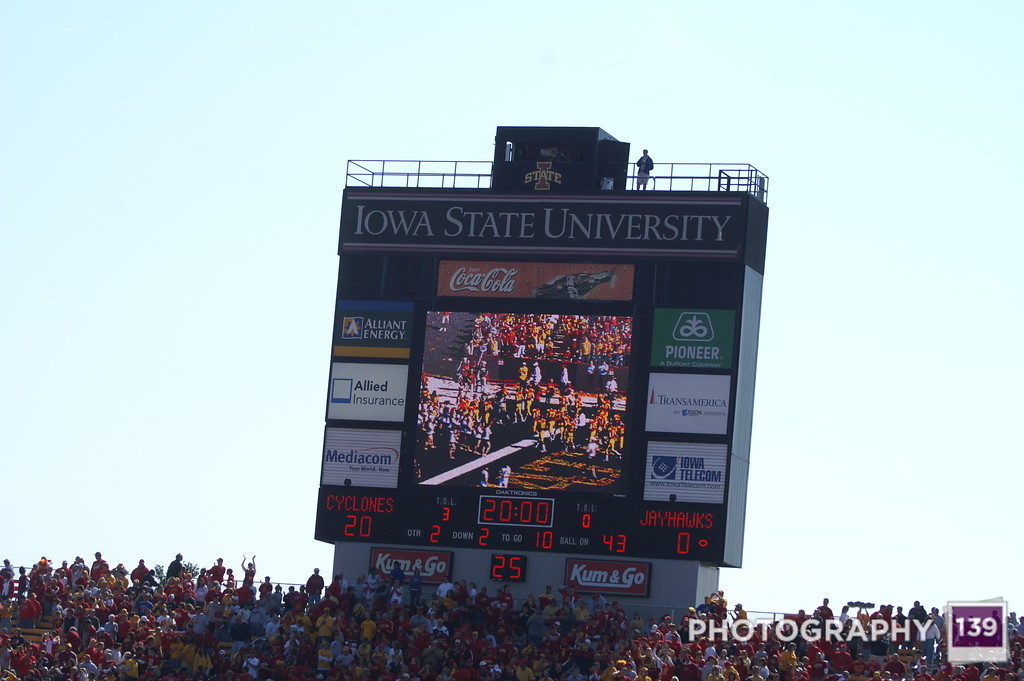 It is mighty tasty and I encourage you to go out and buy some today. It tastes mighty good after doing some crowbar work on a party bus. But I talk too much.

I don’t have much to say about the 2nd half. I combined all the 2nd half pictures into one big entry. 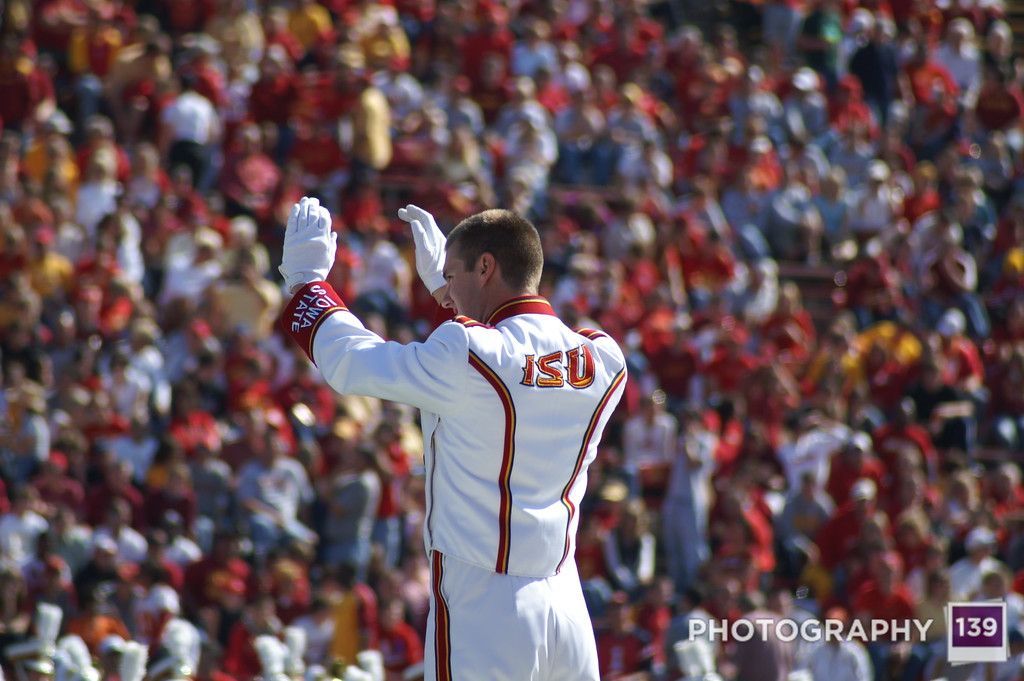 The Kansas coach, but every time I see him I think about John Doe from Se7en: “An obese man… a disgusting man who could barely stand up; a man who if you saw him on the street, you’d point him out to your friends so that they could join you in mocking him; a man, who if you saw him while you were eating, you wouldn’t be able to finish your meal.” 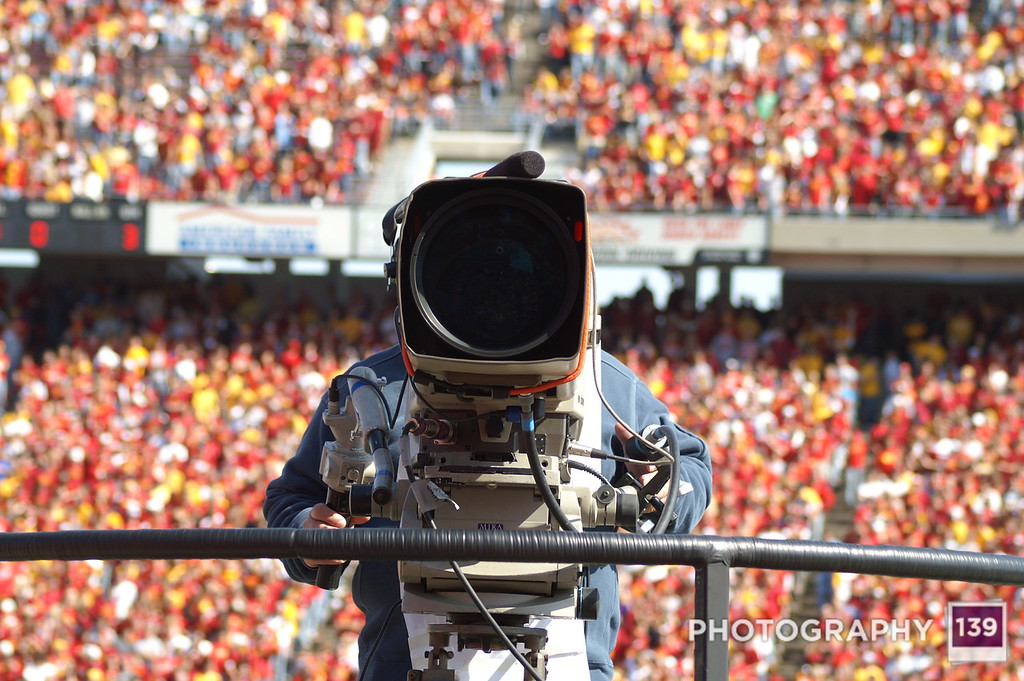 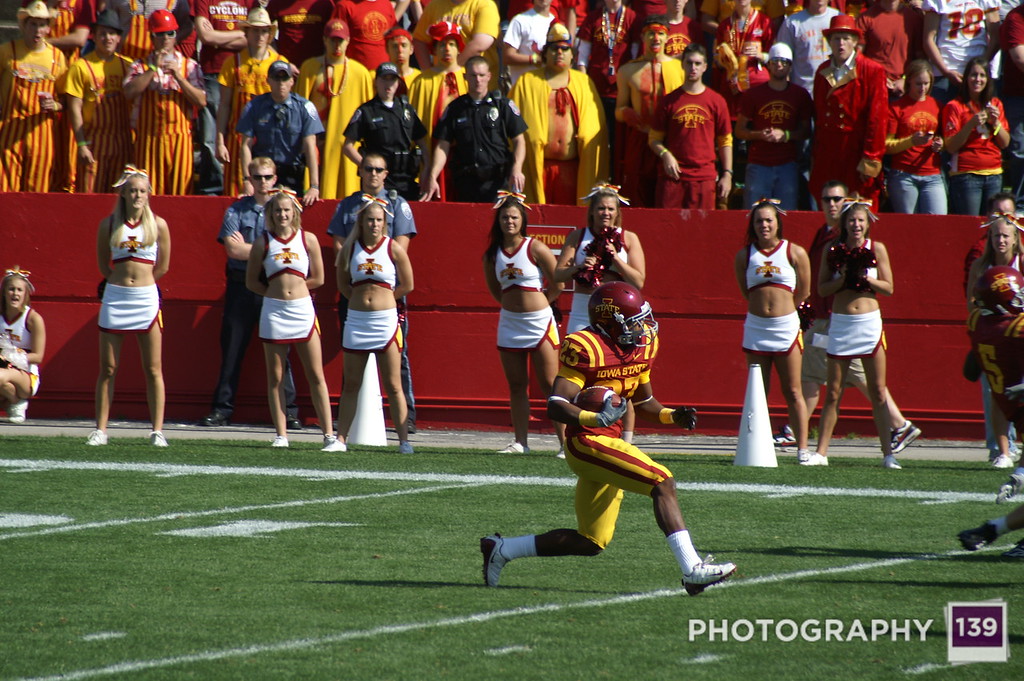 I don’t know the name of the dude on the left, but I like this picture. 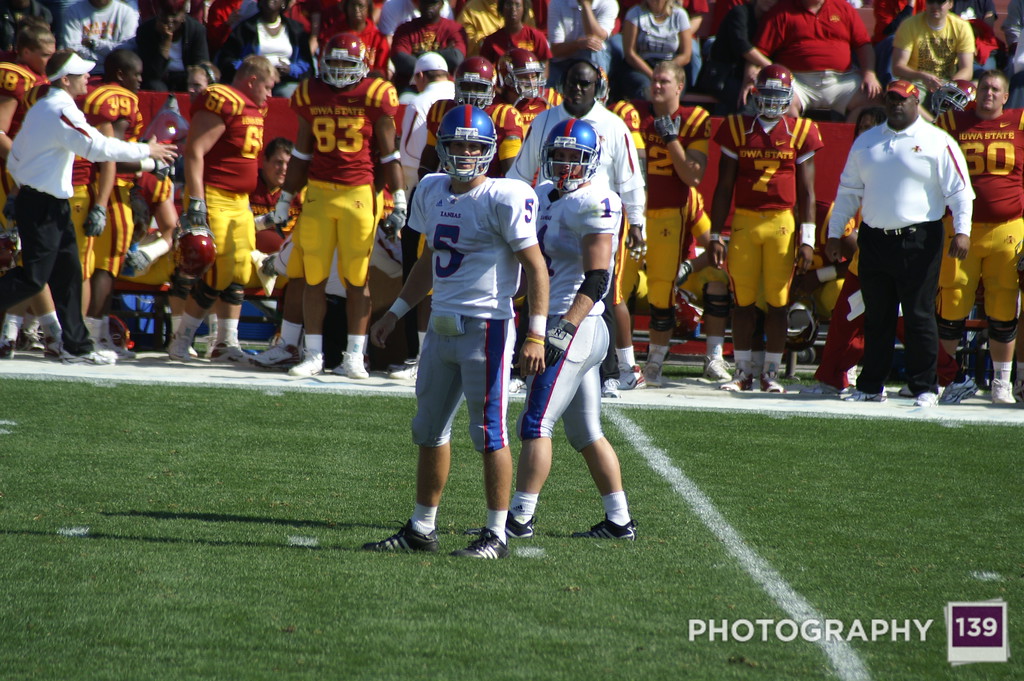 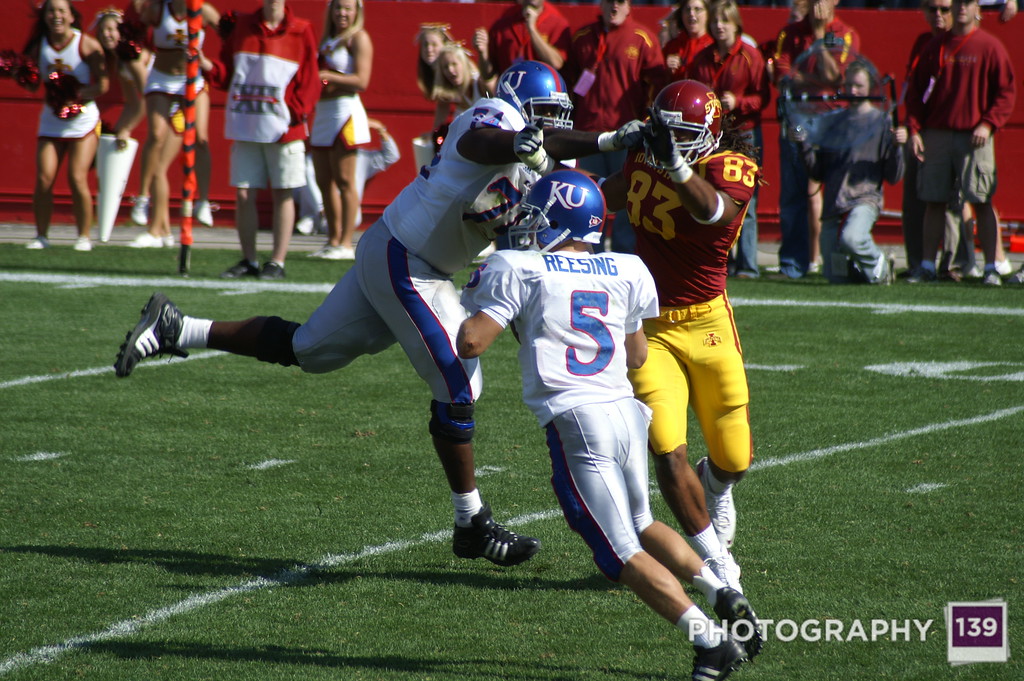 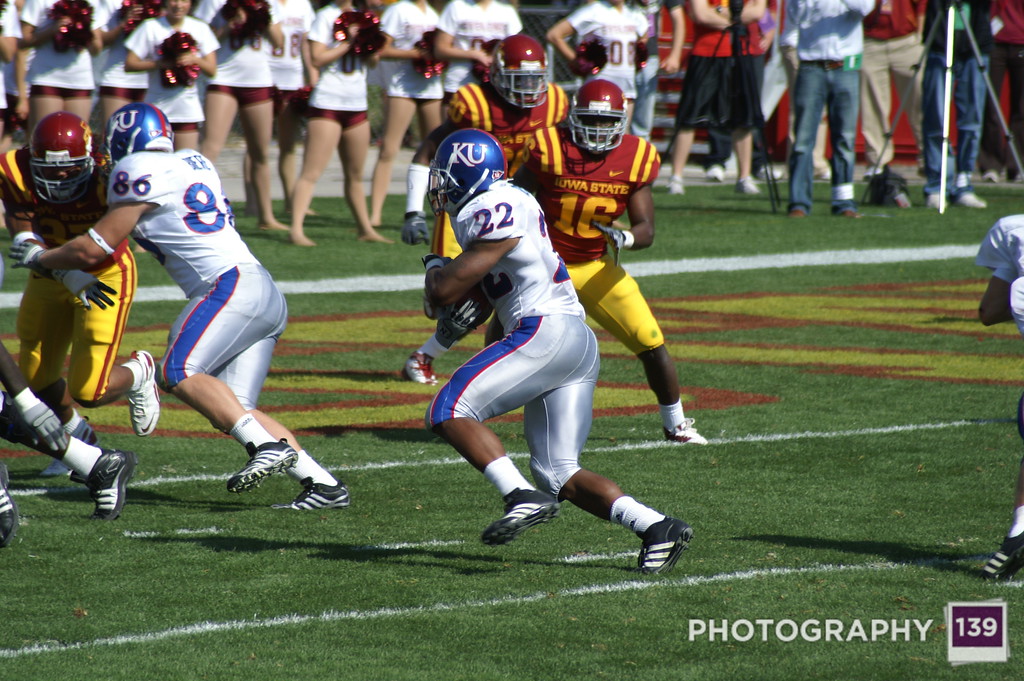 Kansas converted not 1, but 2 4th Downs on this drive.

We will own the 4th Quarter gesture. 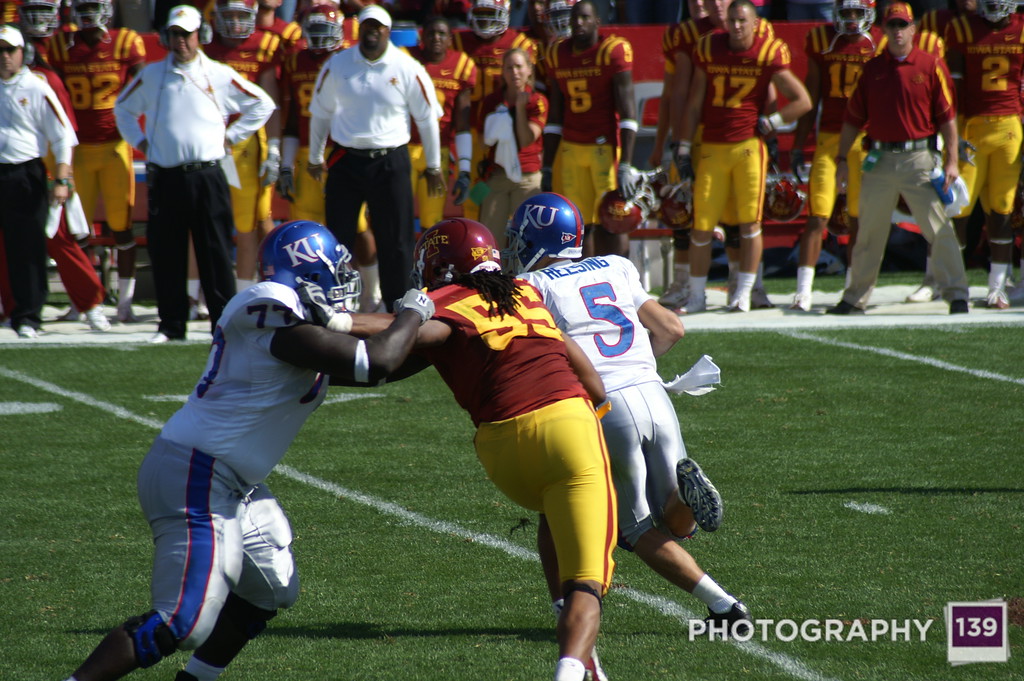 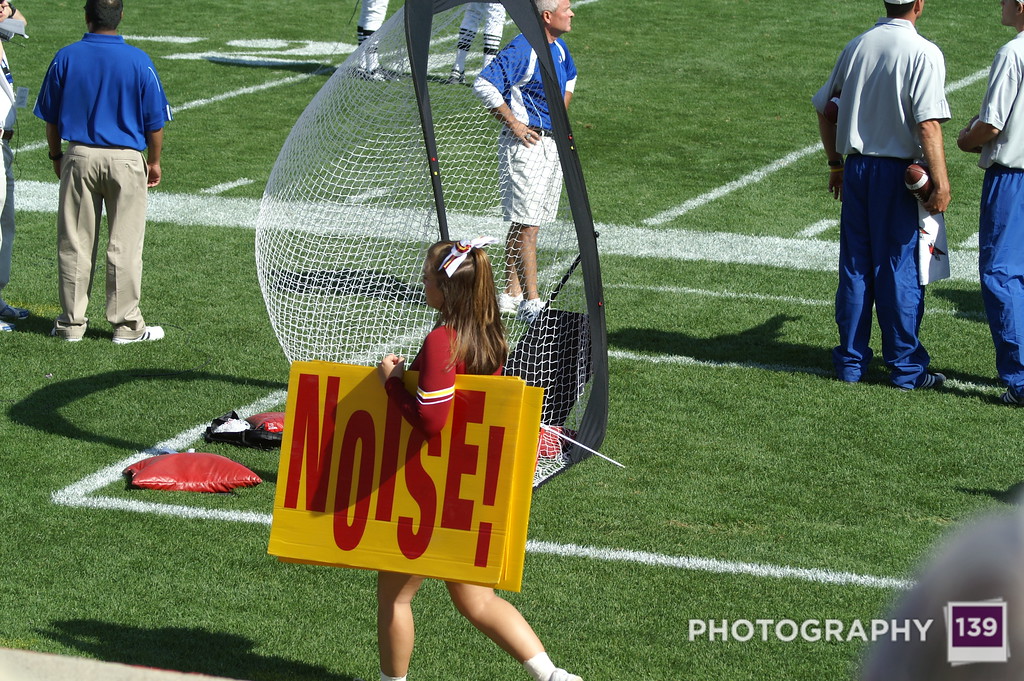 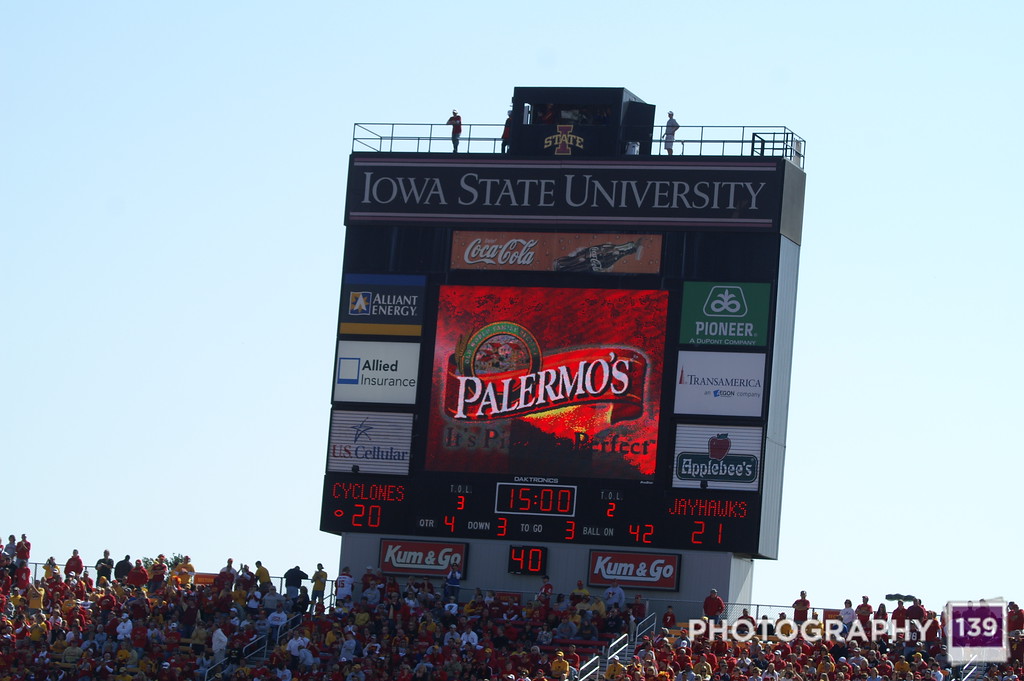 Not winning any longer. 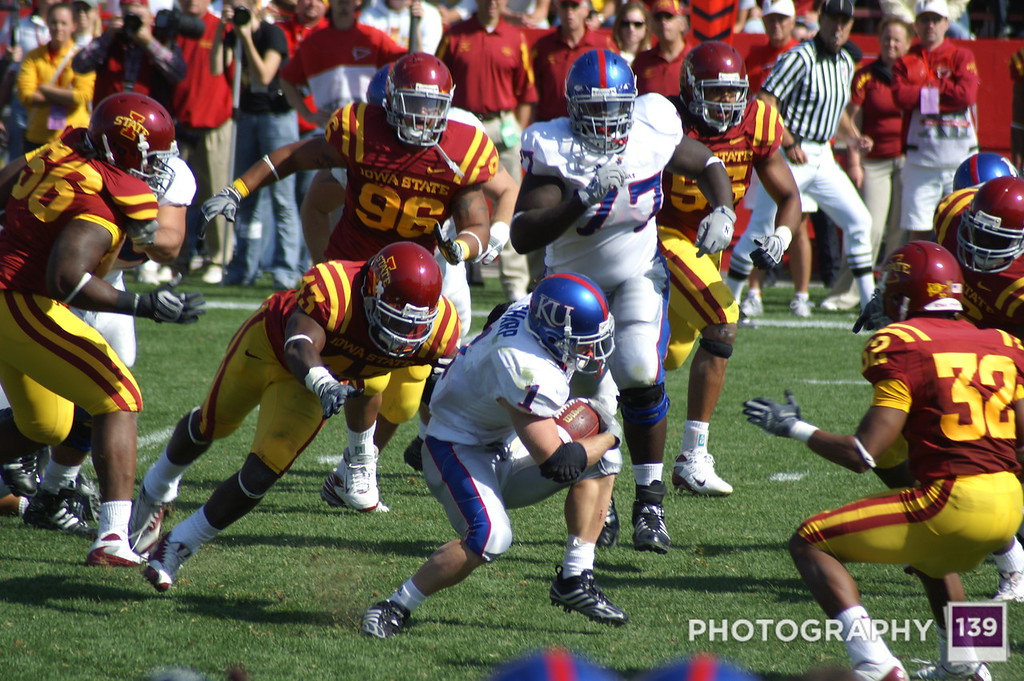 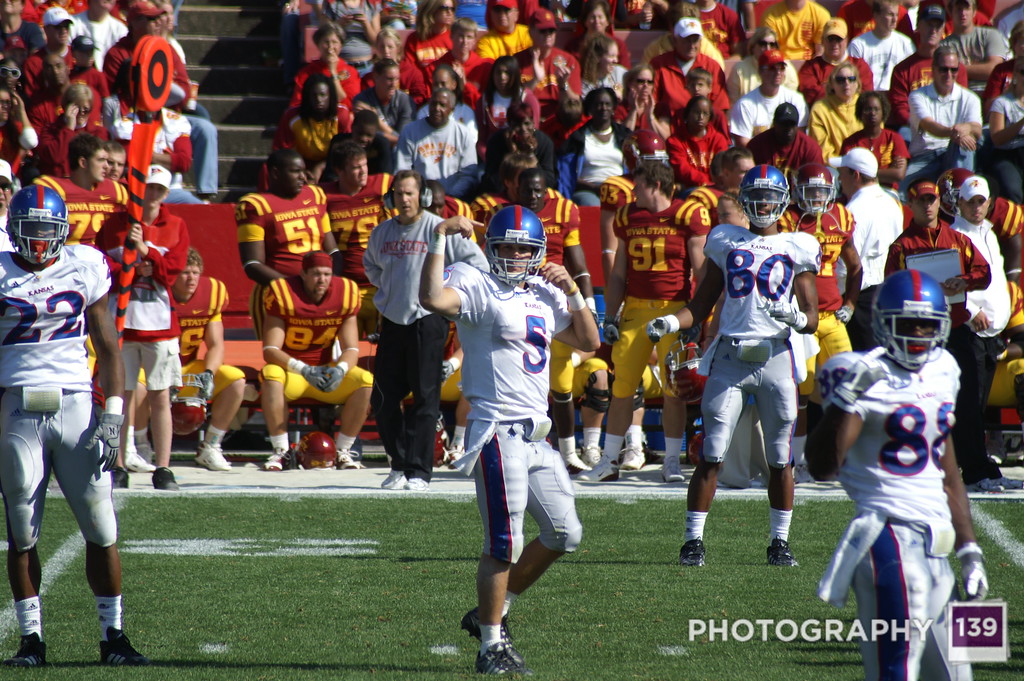 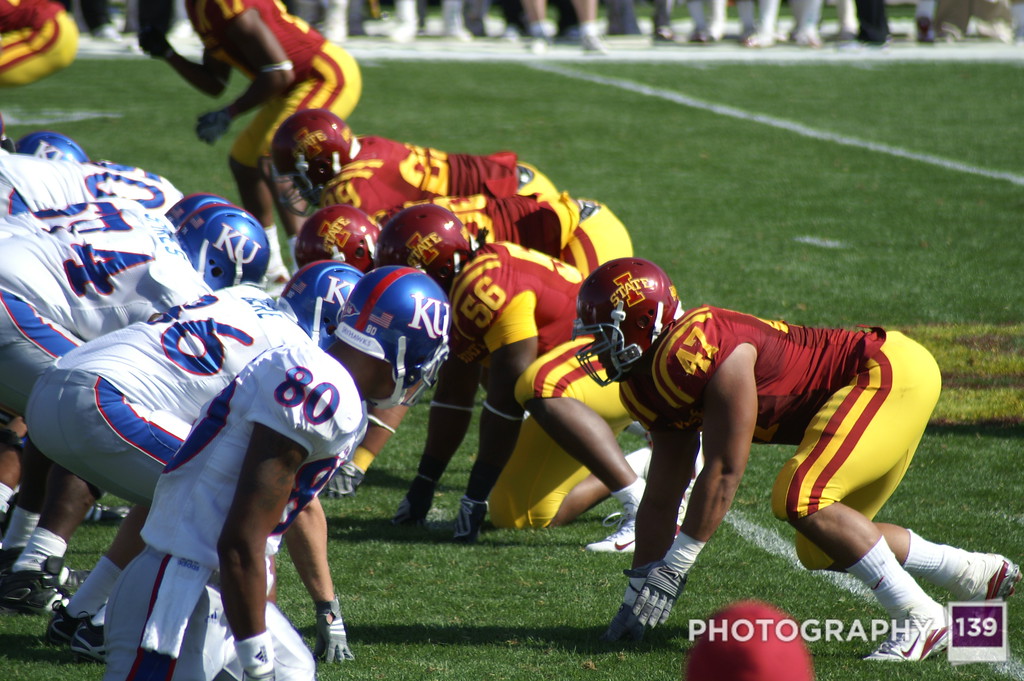 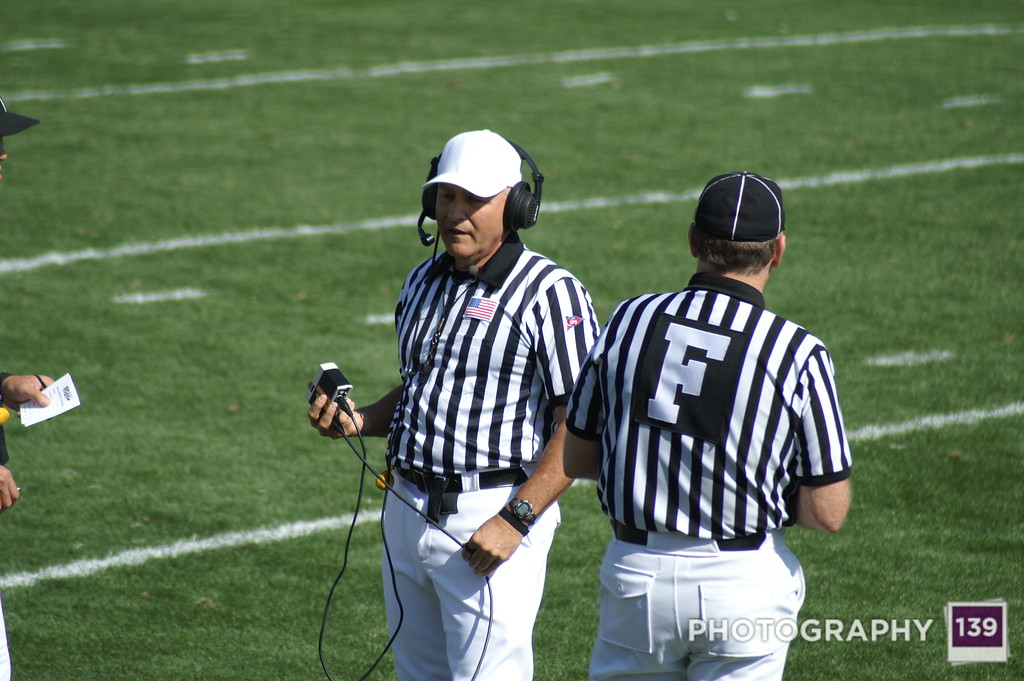 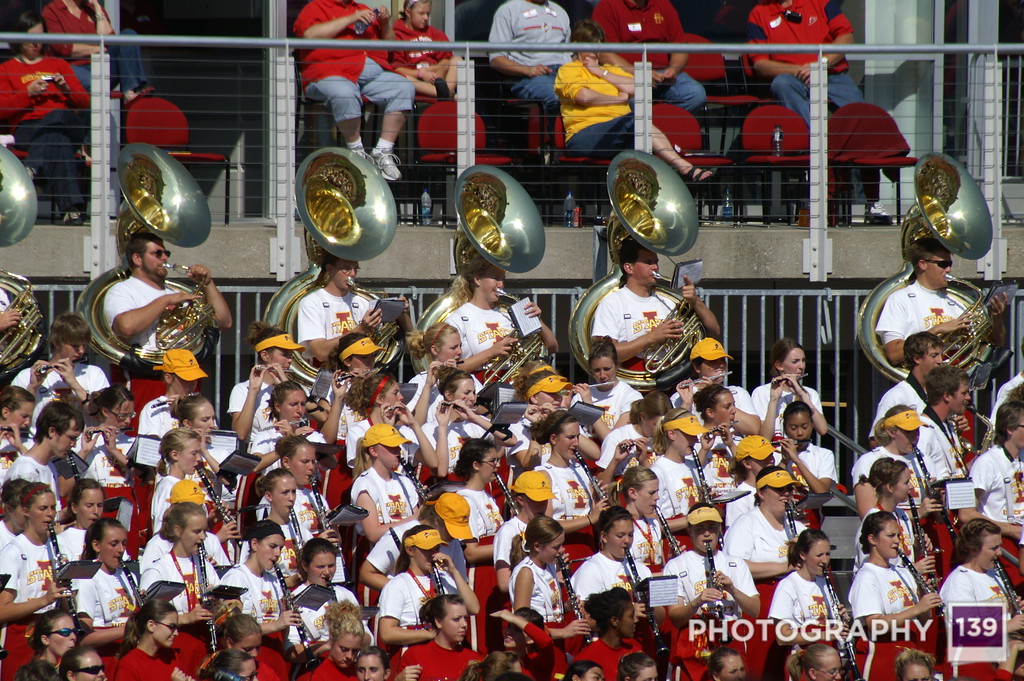 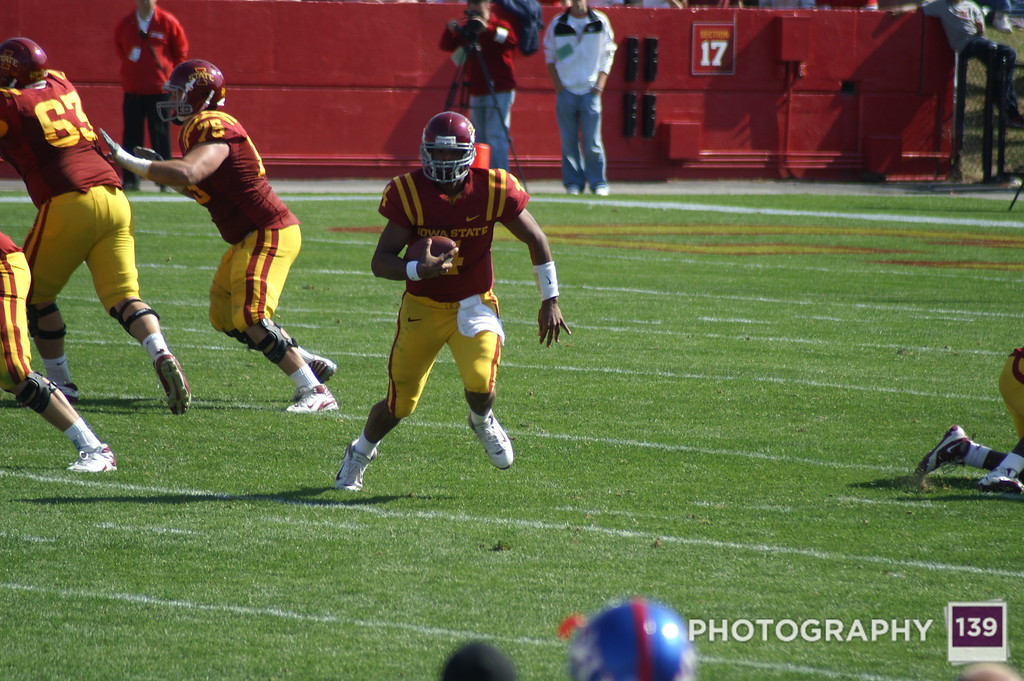 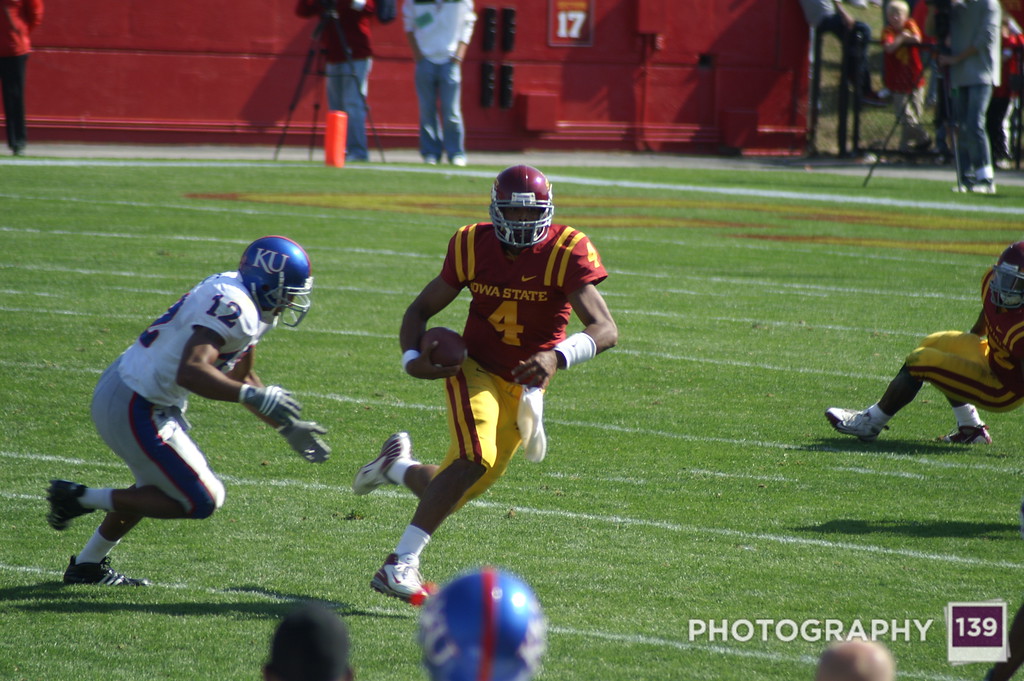 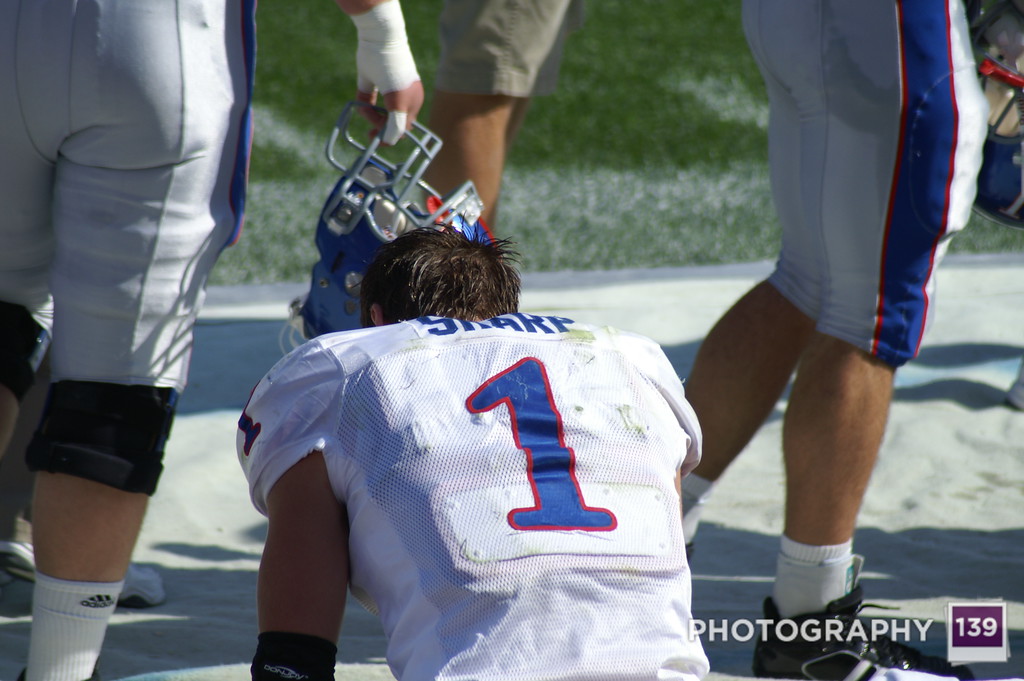 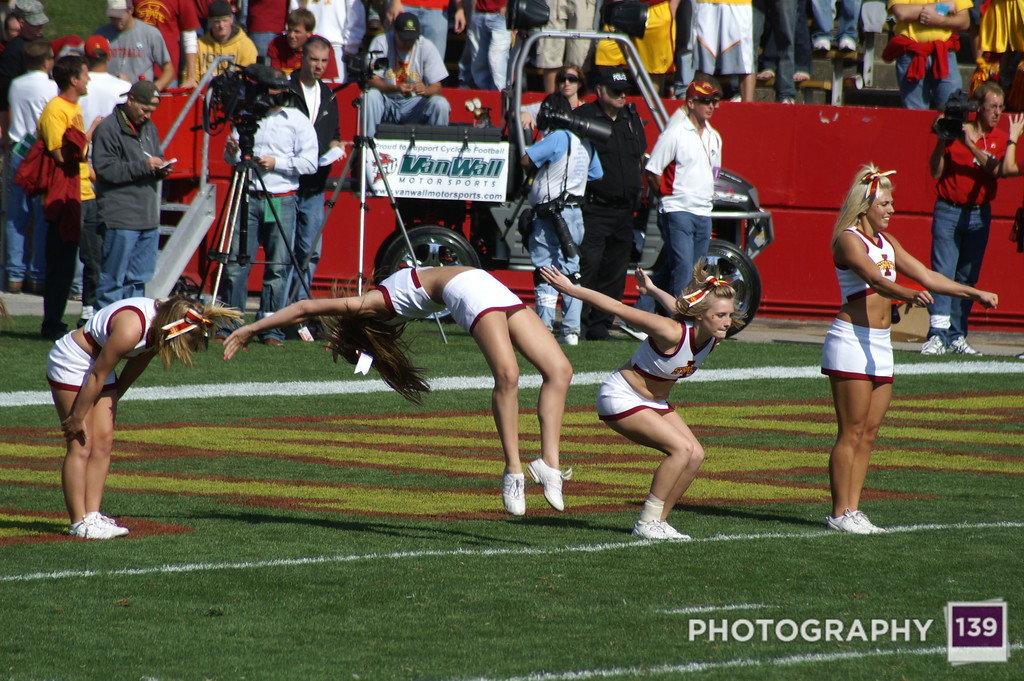 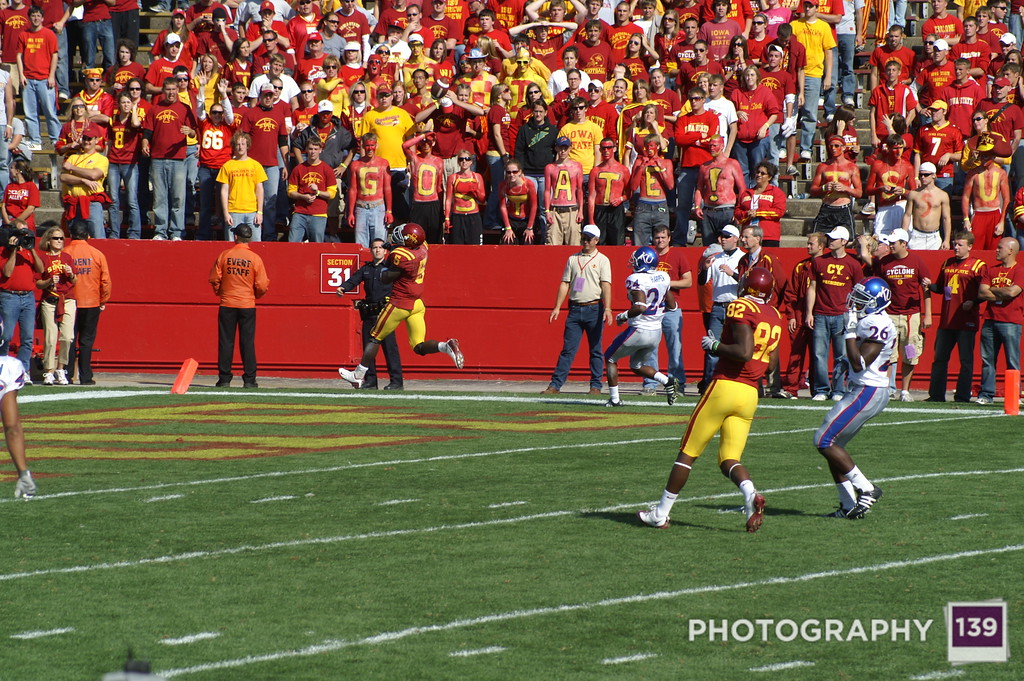 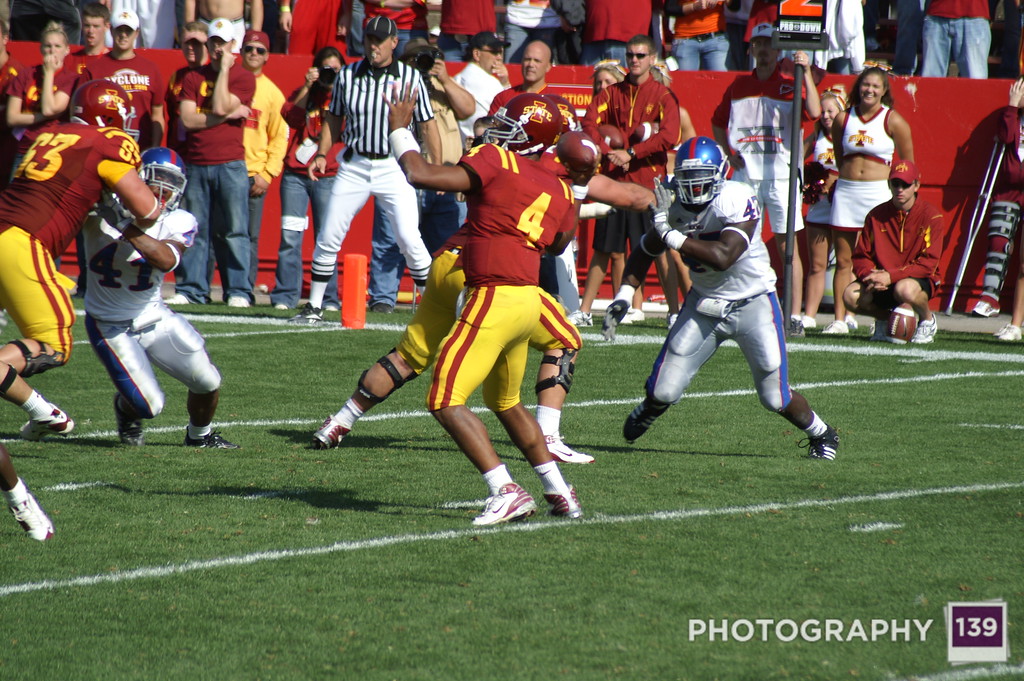 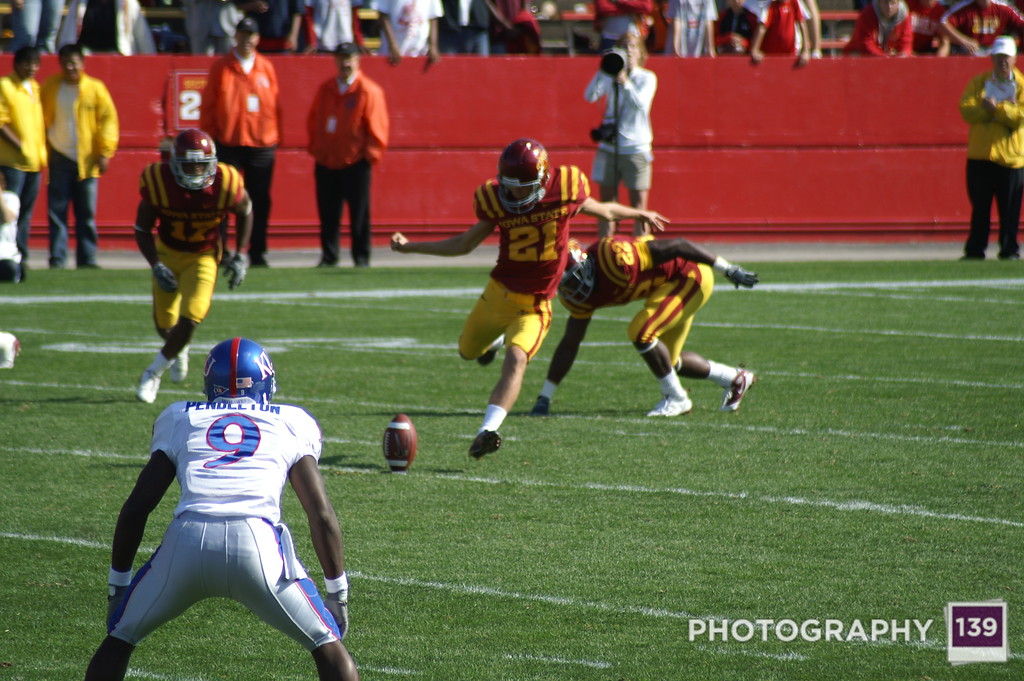 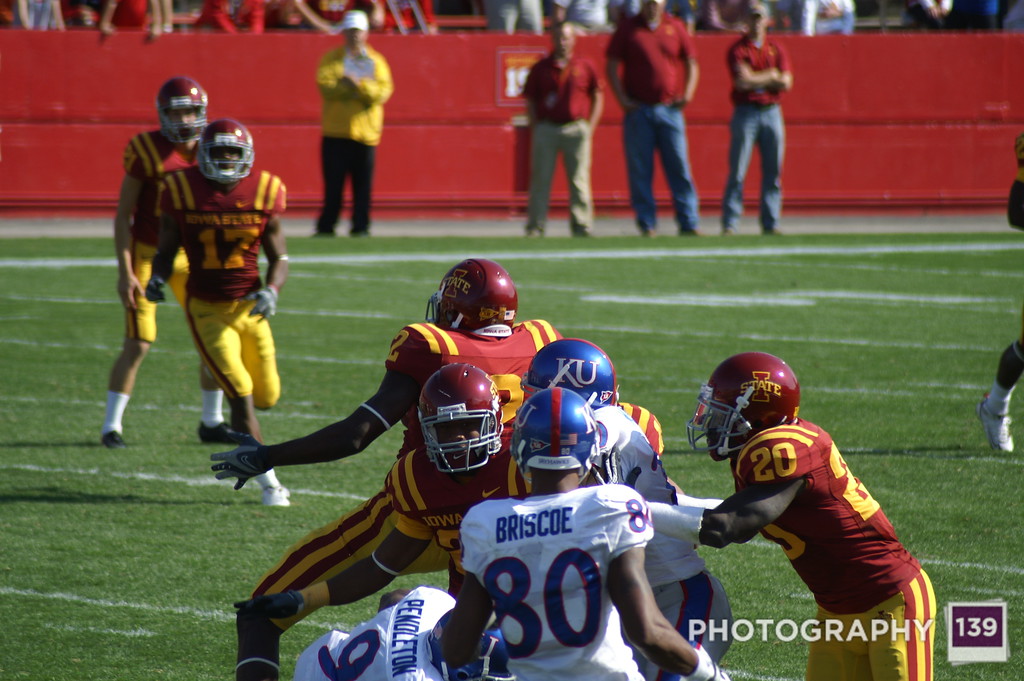 After Arnaud’s overthrown pass for Sumrall hit the turf on 4th Down, some of the people in my section overreacted. The guy in front of me hit the seat in front of him.

Believe me, I’m as passionate (remember passion does not mean the thing that you love but the thing that you are willing to suffer for) about Cyclone Football as any guy that I know, but I don’t hit things when we lose. That is an anger management issue.

You see, the Cyclones losing was sad, but not a tragedy. I like quotes. Some people don’t. Some people view quotes as letting somebody else think for you. I view quotes as finding words perfectly placed in the right order and tone that precisely describe how you feel.

I considered a couple quotes about tragedy to close the Kansas game set of entries.

The tragedy of life is not that man loses but that he almost wins.

The tragedy of life is not that men perish, but that they cease to love.
W. Somerset Maugham

The tragedy of man is what dies inside himself while he still lives.
Albert Schweitzer

All good quotes, but not how I feel about this game.

Melodramas are, by definition, black versus white, where the villain takes all the badness on himself and gives all the goodness to the hero; whereas, in tragedy, fault is always shared by the hero.
Orrin E. Klapp

Close, but not quite there. Then I found it.

Is not the decisive difference between comedy and tragedy that tragedy denies us another chance?
John Updike

Fortunately, the Kansas game is a comedy for Cyclone fans. All you can do is sit back and laugh and remember that we have another chance this week in Waco, Texas against the Baylor Bears.