On Thursday Jesse and I moved some furniture around. Later in the afternoon we went to check out the frisbee golf course in McHose.

I had heard rumors about this course for quite some time. But I had only seen 1 or 2 holes. Jesse and I decided to find every last hole on Thursday. It came as somewhat of a surprise when it took us almost 3 hours to find all 18.

It was a pleasant surprise to find out how dangerous some of them were to get to. 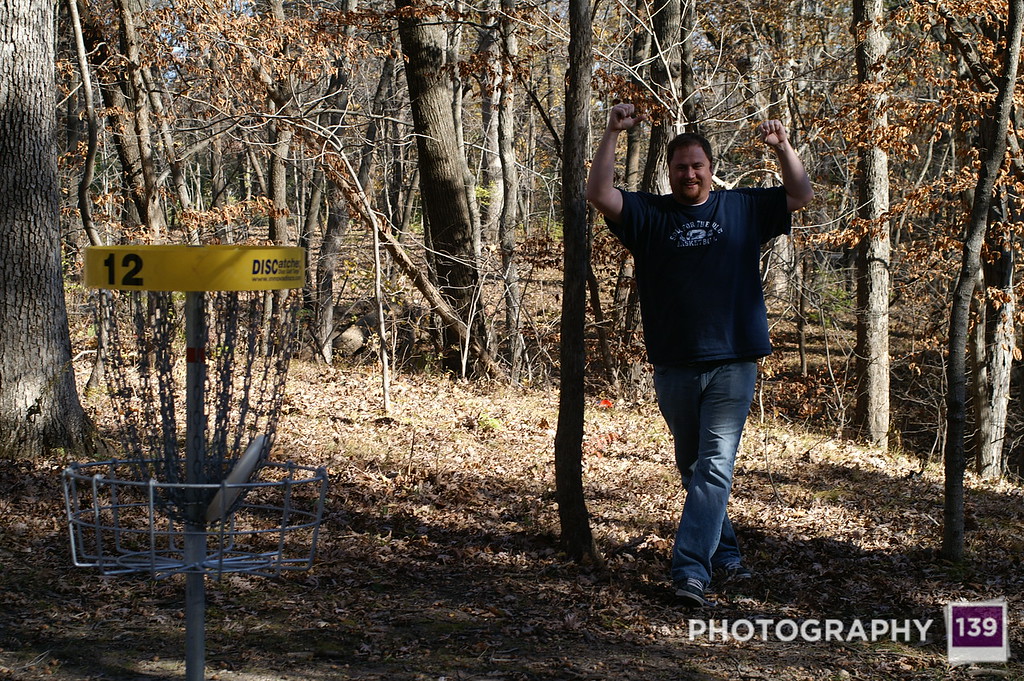 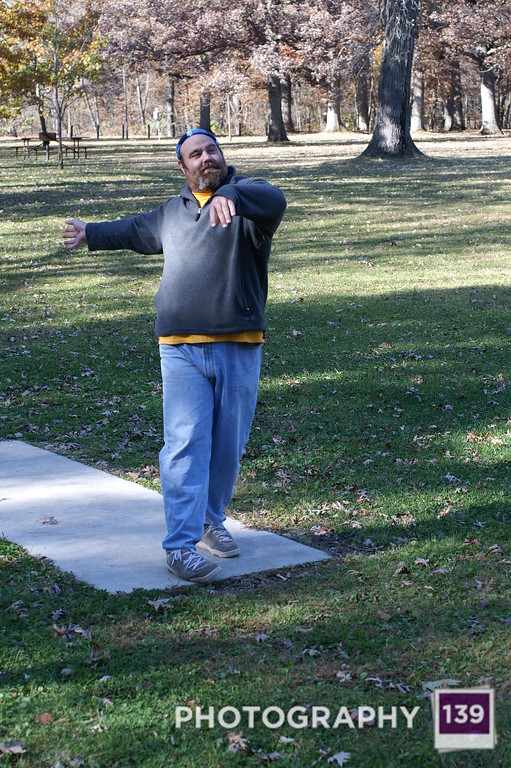 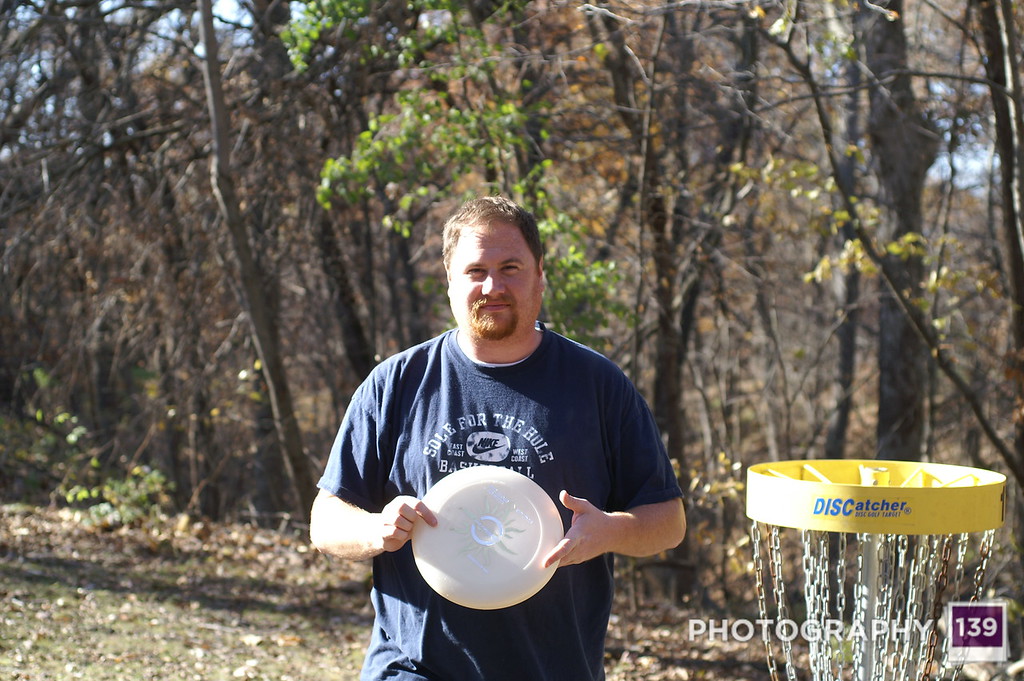 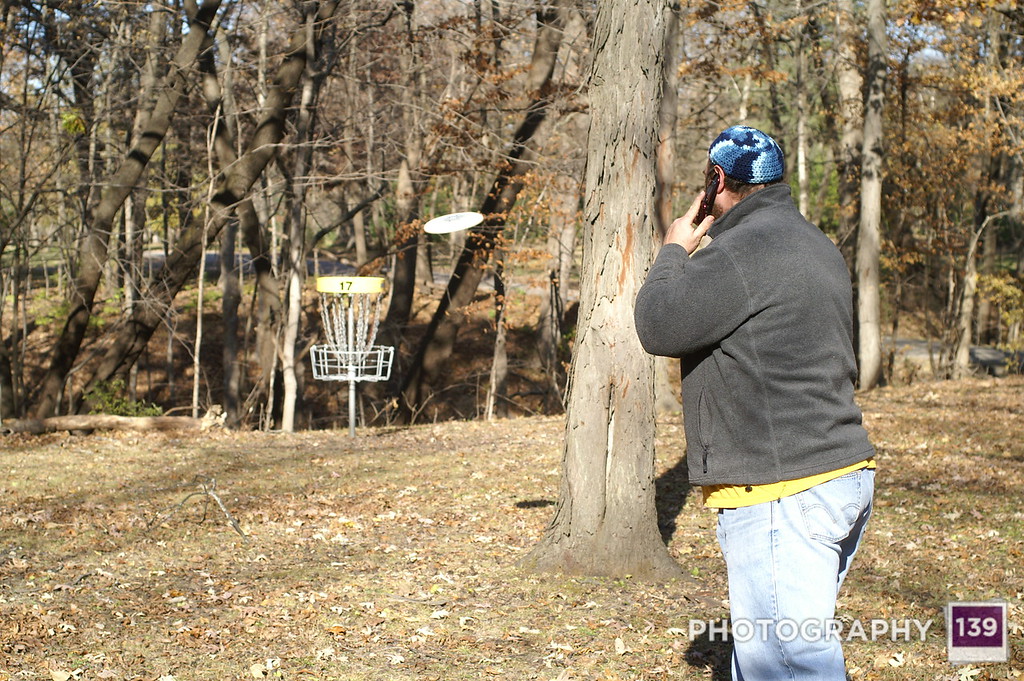 I believe that multitasking is just a fancy way of saying: “Look at me. I’m not doing anything well.” However, I did make a fantastic throw and schedule a pickup of my broken kitchen cabinet for repair at the same time. However, I somehow feel like I could have done both better. 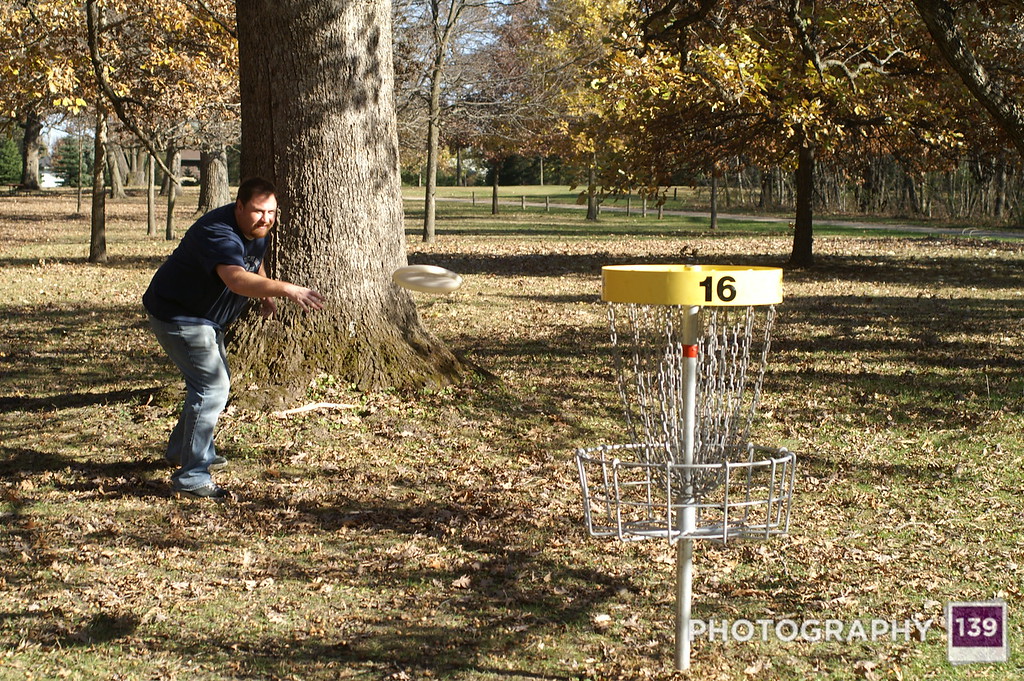 The best throw of the day. 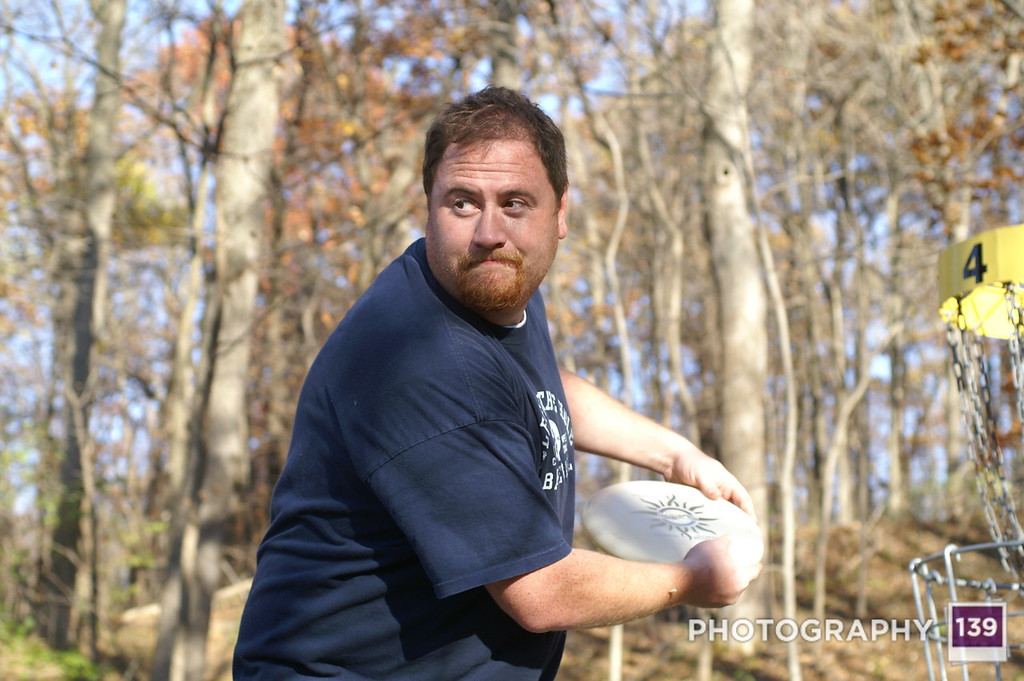 Look at the concentration on Jesse’s face. 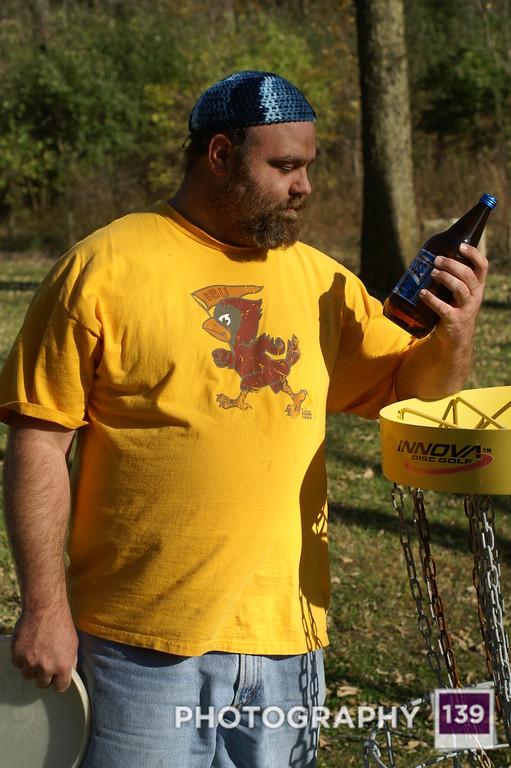 I thought disc golf was a stoner’s game?

Jesse making crossing the stream look much tougher than it really is, but still I’m impressed that you have to cross the stream via a bunch of broken up concrete blocks. Not a course for the faint of heart. 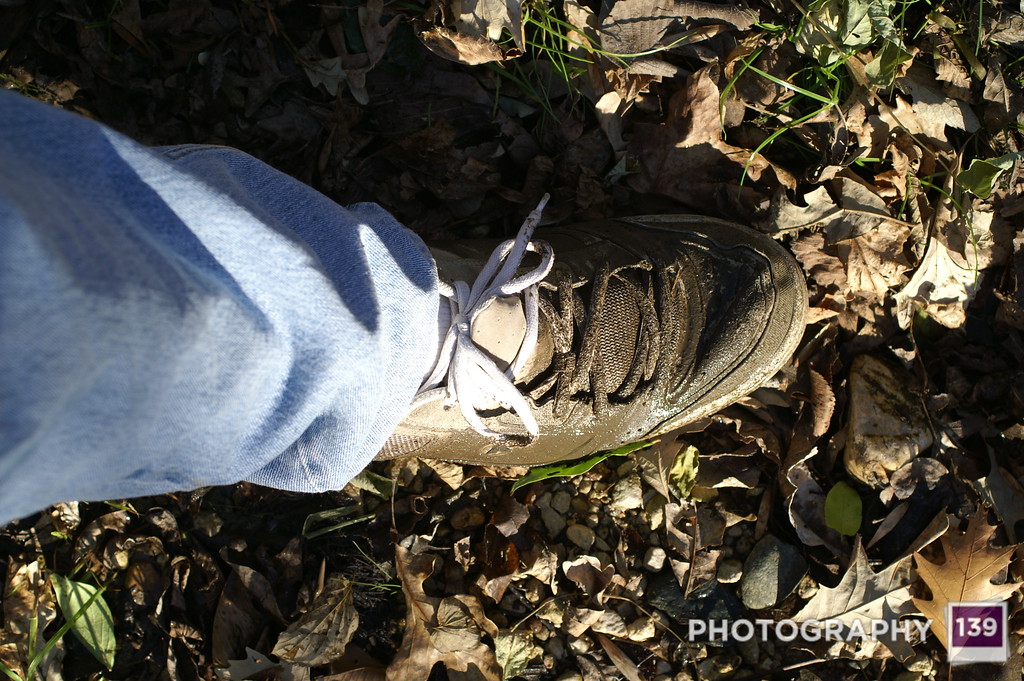 I managed to find a nice patch of mud hidden underneath some leaves. 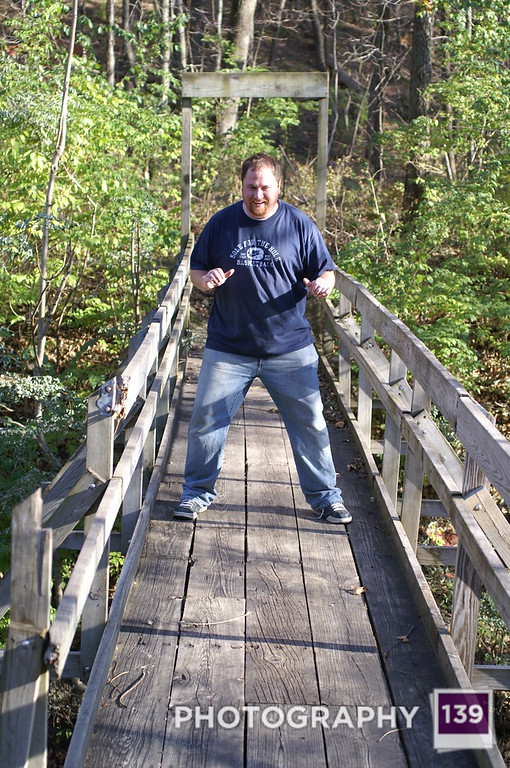 A dangerous bridge. Most of the railing is missing. The bridge shakes like crazy. I love every bit of it. 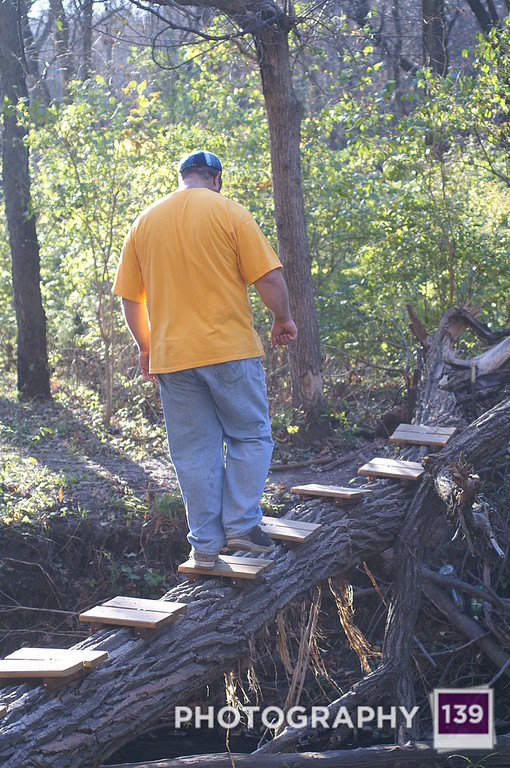 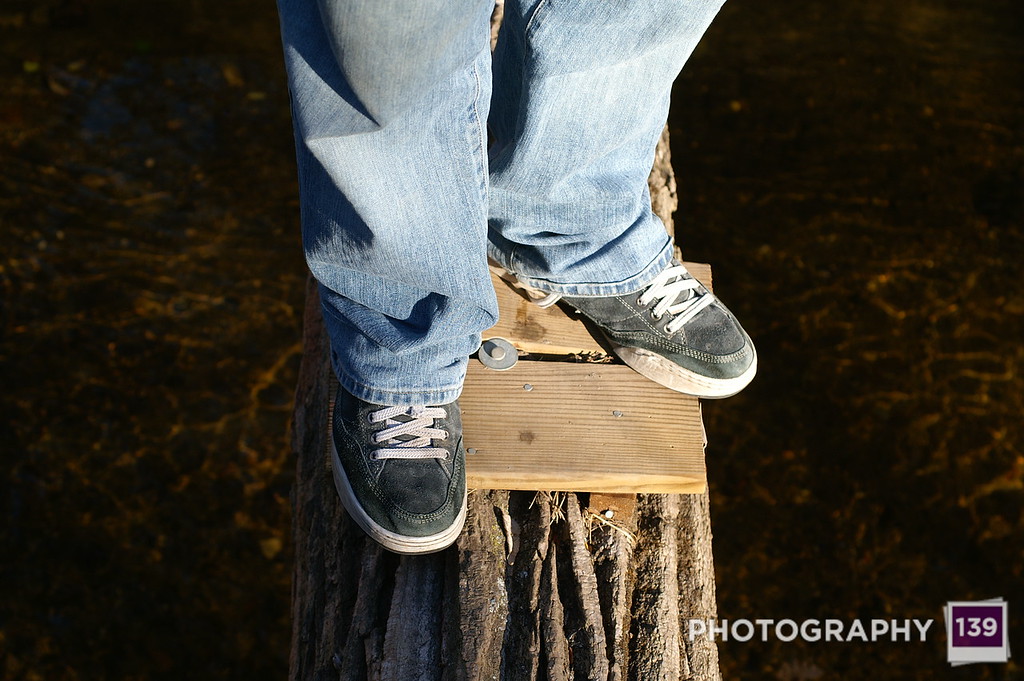 You fall. You get wet.

I admit that I’ve always dismissed disc golf as a stoner sports meant to occupy the time of stoners in between discussing the best Dave Matthews album and waiting for the munchies, but this course may have changed my mind. At least holes 3-11 are pretty intense. You have to cross the stream multiple times in ways that your safety is in question. I love that. The Boone park system has slowly been taking away fun things since my youth because they have been deemed dangerous. Tornado slides. The cable bridge. The tire climb. Merry-go-rounds. This course definitely has some aspects of danger that are missing from most of McHose Park.

I still miss the tornado slides though.

One thought on “McHose Park Mystery”