I had a pretty good Halloween.

I hosted FNSC. I made chili. I made cornbread from scratch. I made apple cider. Jay made a blueberry buckle. Willy showed up in a costume. We watched some movies from a bygone era that some people might characterize as strange. However, I think I might have found proof that rabbits will jump off a table in one of these movies. A classic from the 1970s known as Night of the Lepus. A phenomenal movie.

I can not compete with Jay, so I made a stick figure to accent the disparity between our pumpkin carving skills. This annoyed Jay for some reason. I don’t often do things out of spite, but I might have to make the stick figure my annual pumpkin because it both annoys Jay and because the simple stick figure grew on me as the night went on. I don’t think it was just the apple cider impairing my judgment either.

The candles in Jay’s pumpkin. 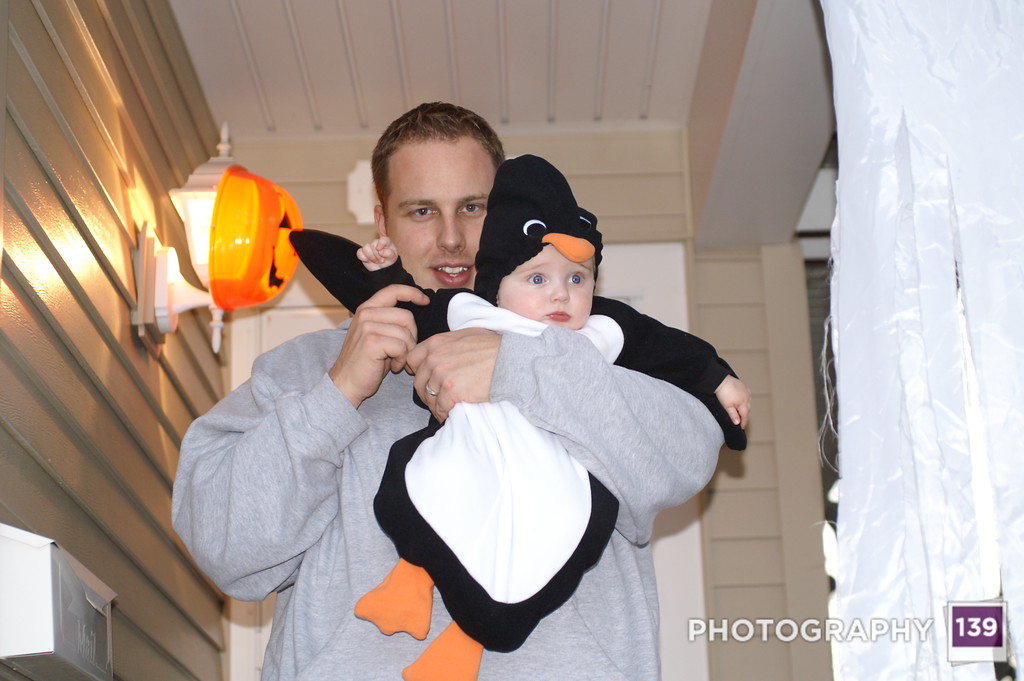 Scott and Austin; Unfortunately I didn’t get a picture of the Howard kids or the Davis clan. I’m going to get that done next year. 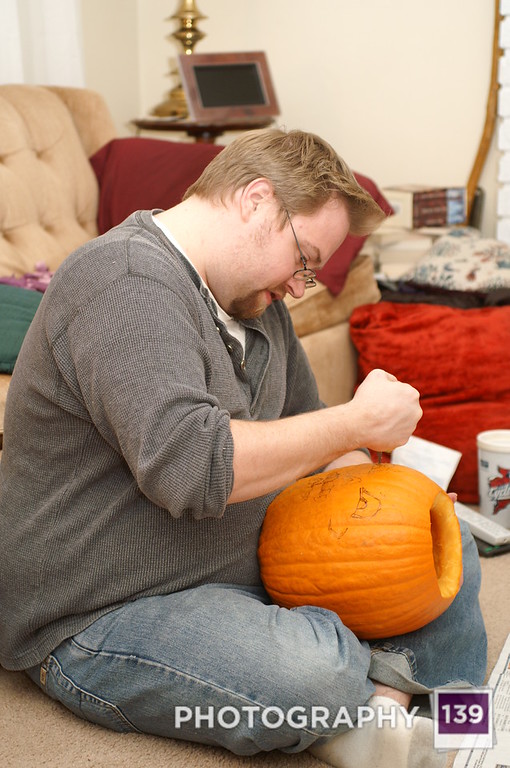 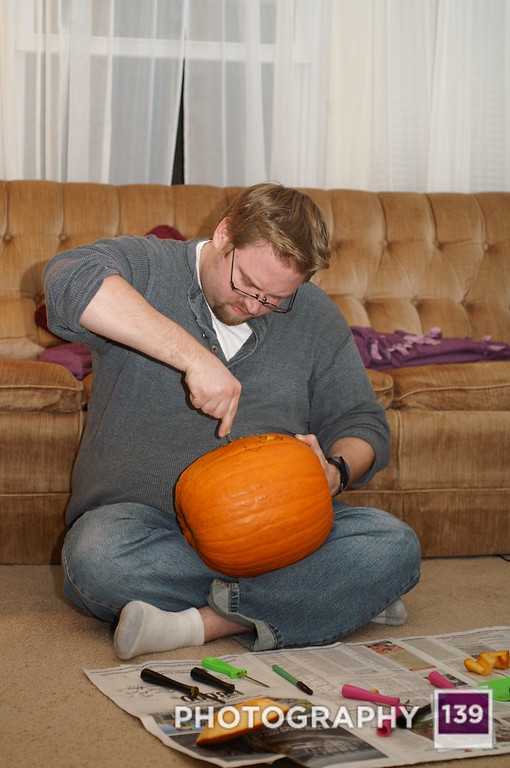 I had to buy a new flash recently because, well I don’t want to get into that story. This might have been one of those blessing in disguise type things. I really like my new flash. 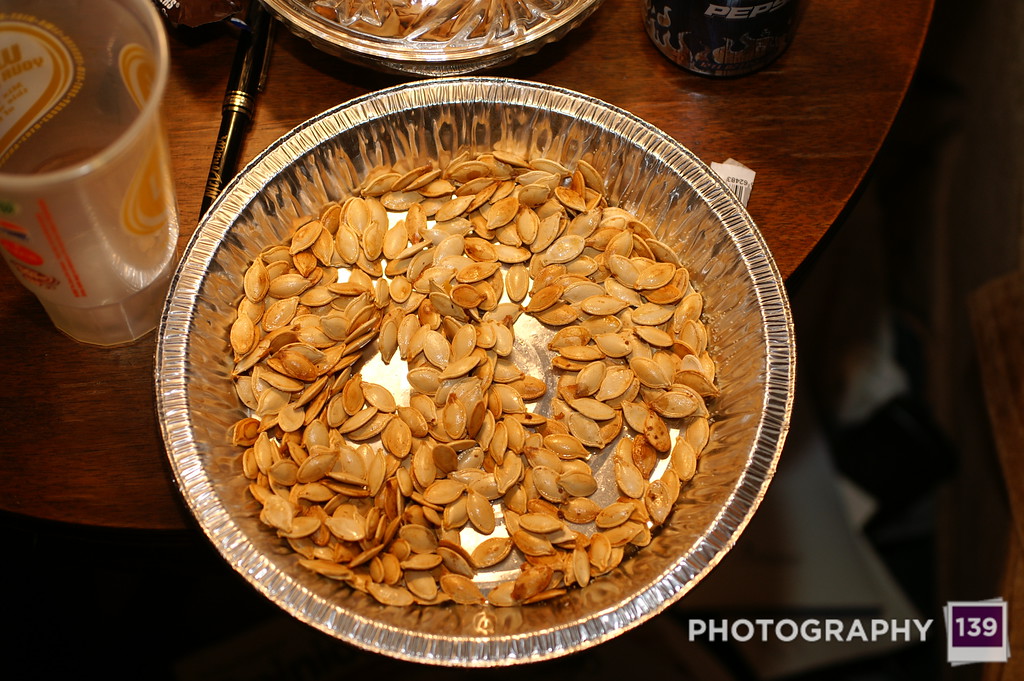 Although I’ve gotten glowing feedback on my Cider, chili, little smokies and cornbread, I think I’m going to have to research a new recipe for pumpkin seeds before next year. They take a decent picture at least.

I think if Willy dressed like this every week, he would be irresistible to the womanfolk. He probably already is though.

I also didn’t get a picture of Alexis this year. I think she kind of phoned it in any way. She went to school dressed like Hannah Montana, but she showed up for trick-or-treating in her gymnastics outfit.

The best part about Alexis showing up was that she didn’t even ring the doorbell. She just walked right in with her friends and said:

She was showing off for her friends just a little bit.