Day 6 in Arizona was more work. At the conclusion of the work day, we were bused out into the “middle of the desert” for a “western roundup” party.

If you could get away from the cheeseball band that was lip syncing and playing to backing tracks, it was a pretty good time.

This was a costume party and I had made a deal with Jesse that if he paid for a costume, I would wear it. Well as it turns out, the costume did not fit, unless I desired to become a eunuch.

I do not desire to be a eunuch. Fortunately, no pictures of me in this costume currently exist.

Jesse’s bull costume, did fit and it was a smashing success. 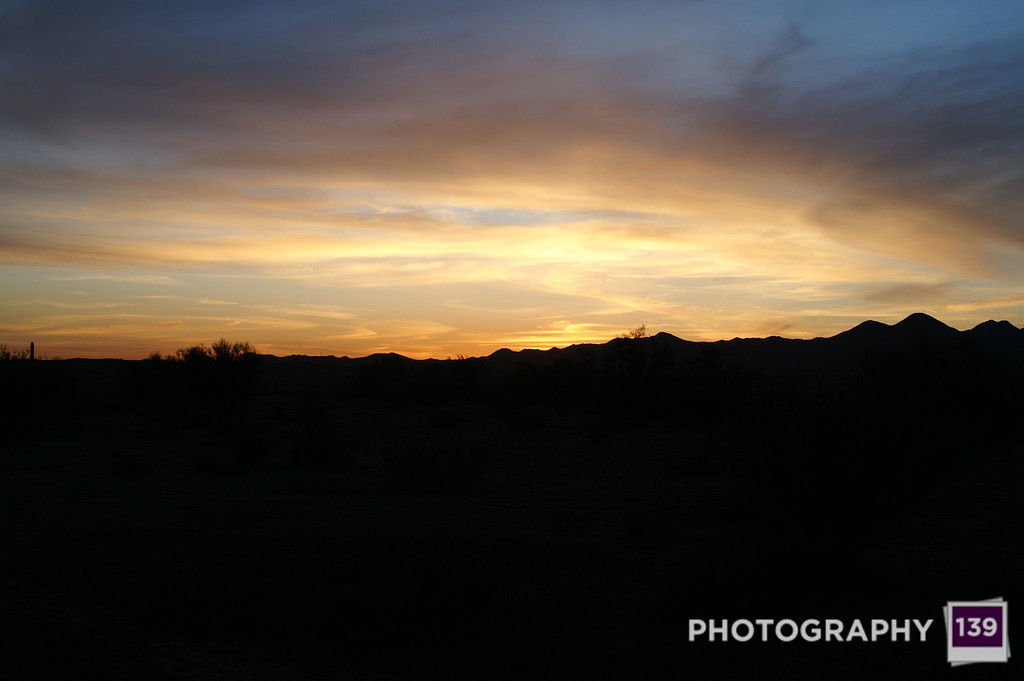 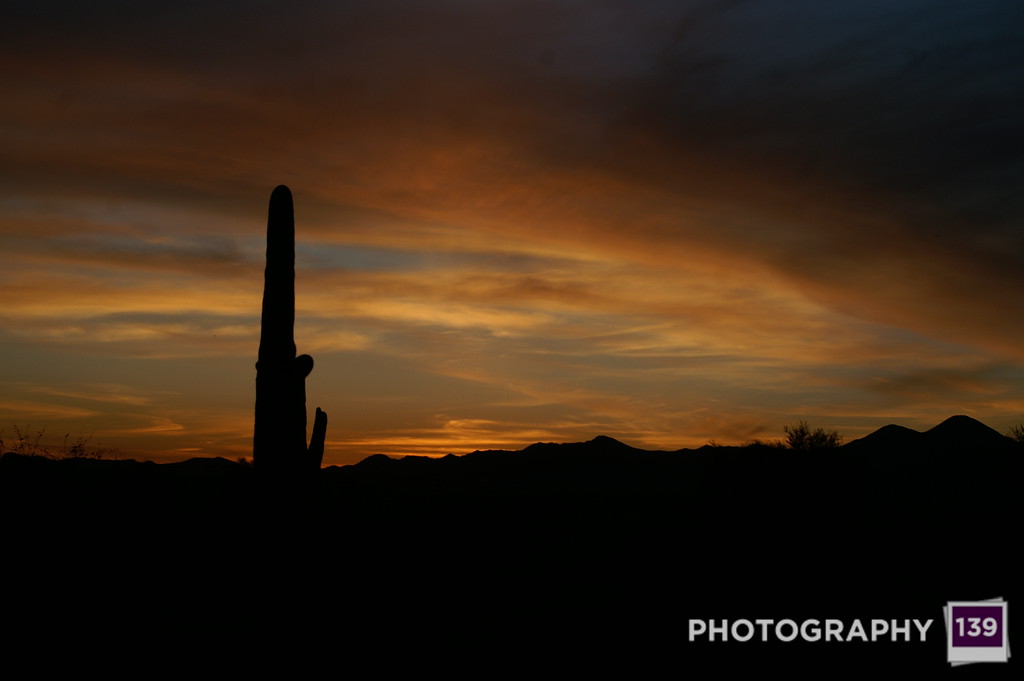 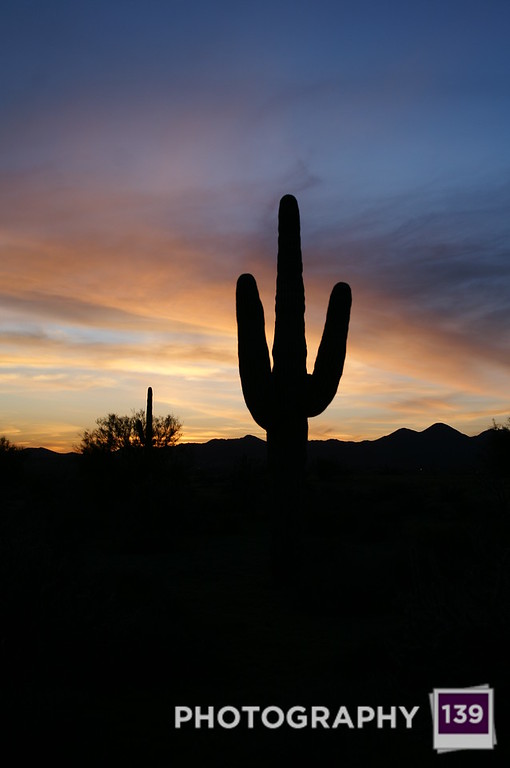 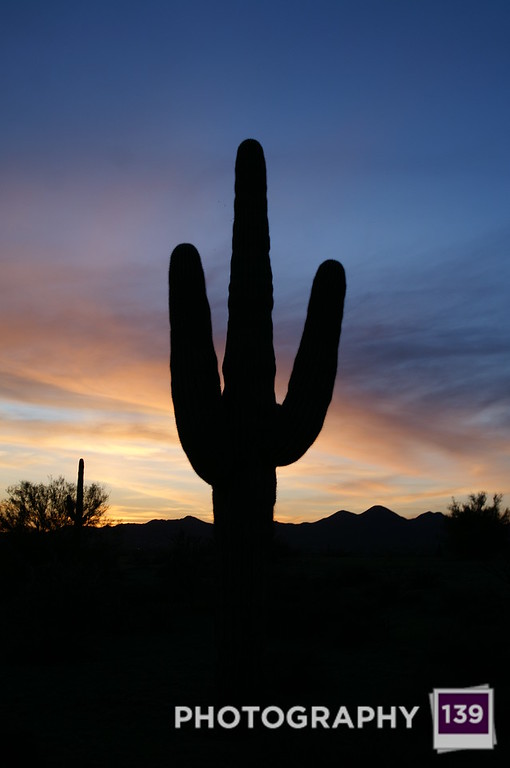 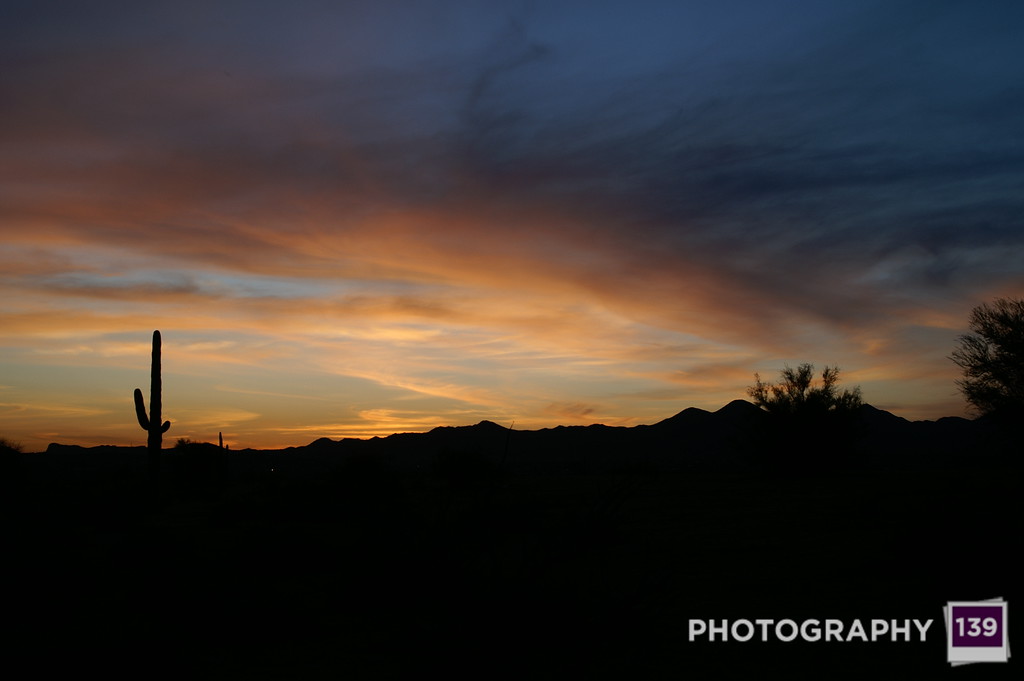 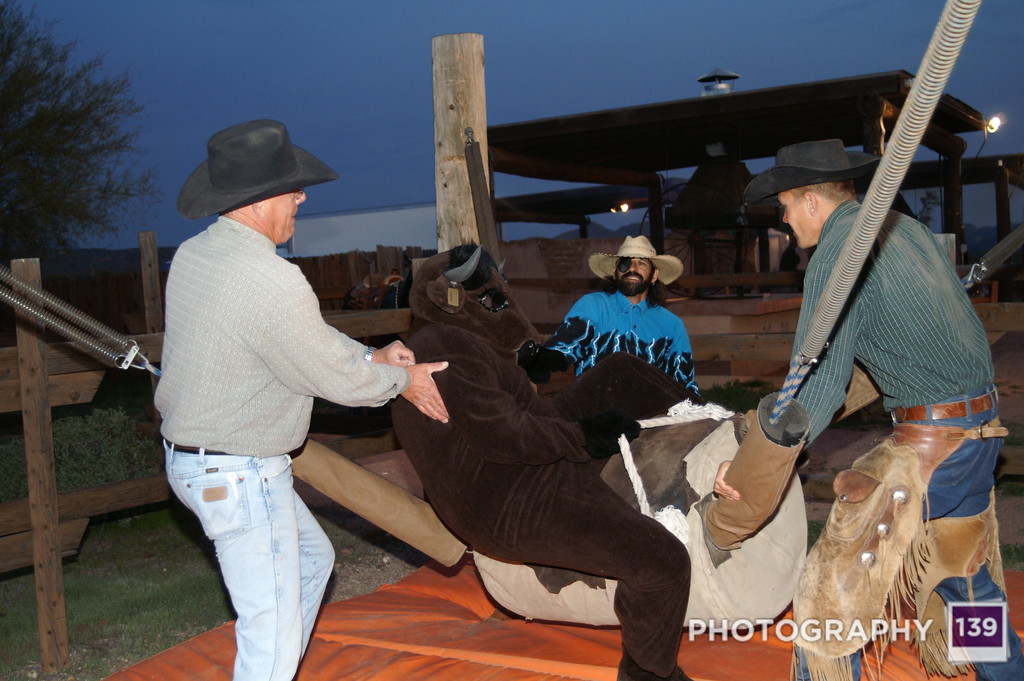 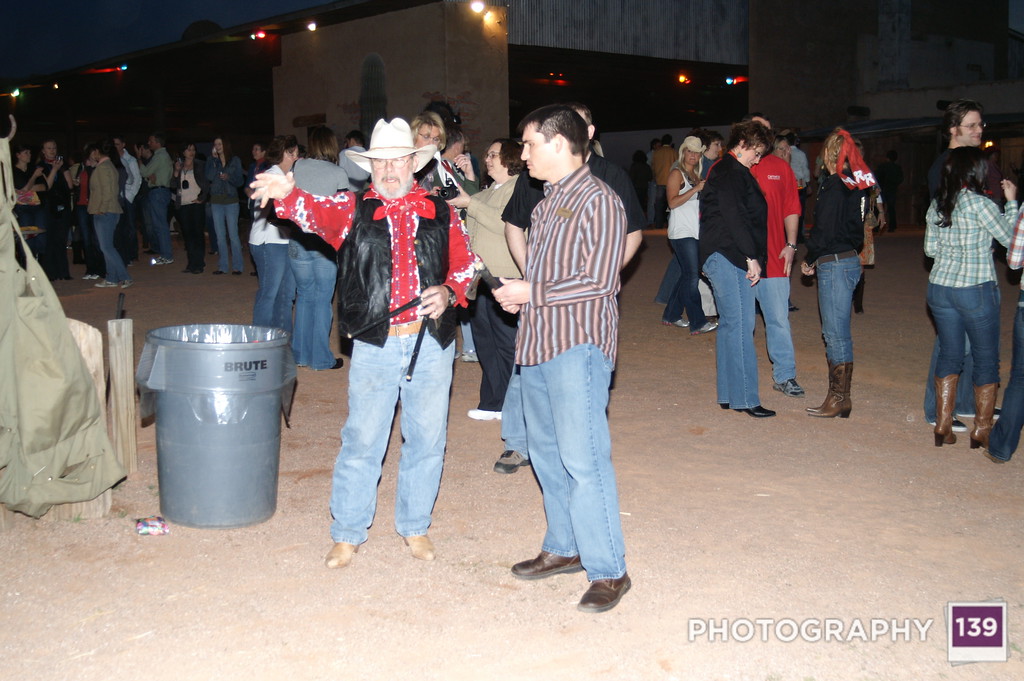 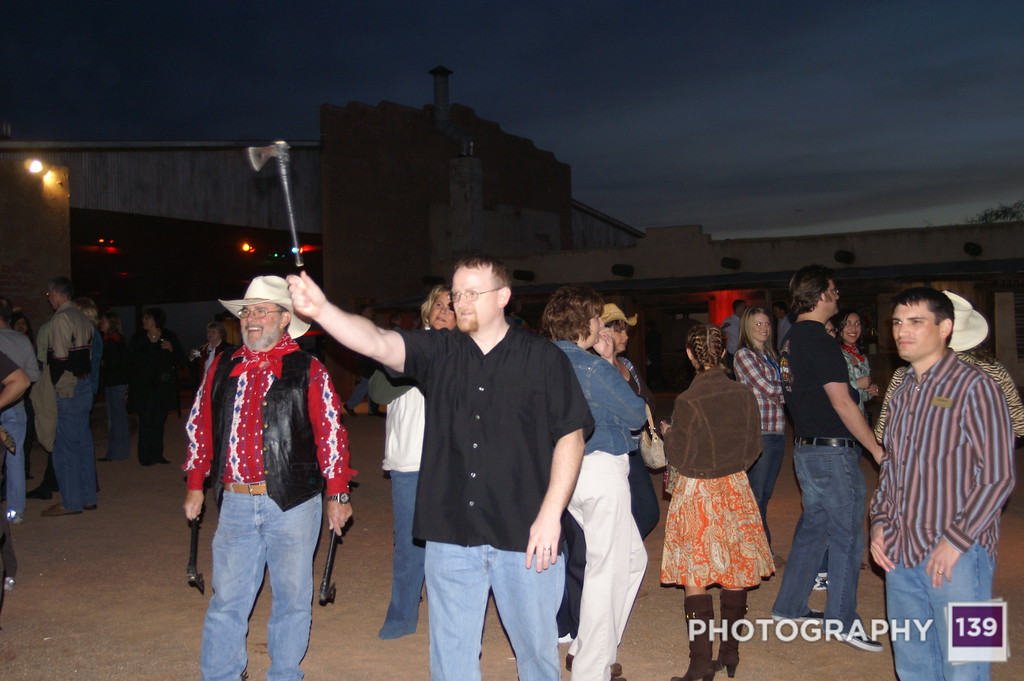 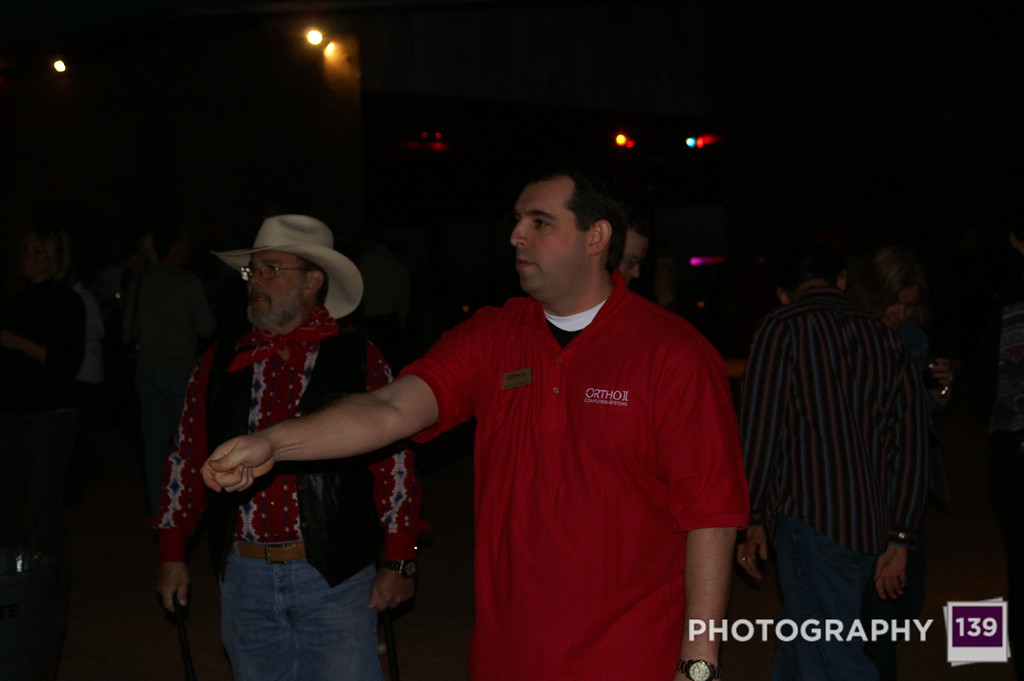 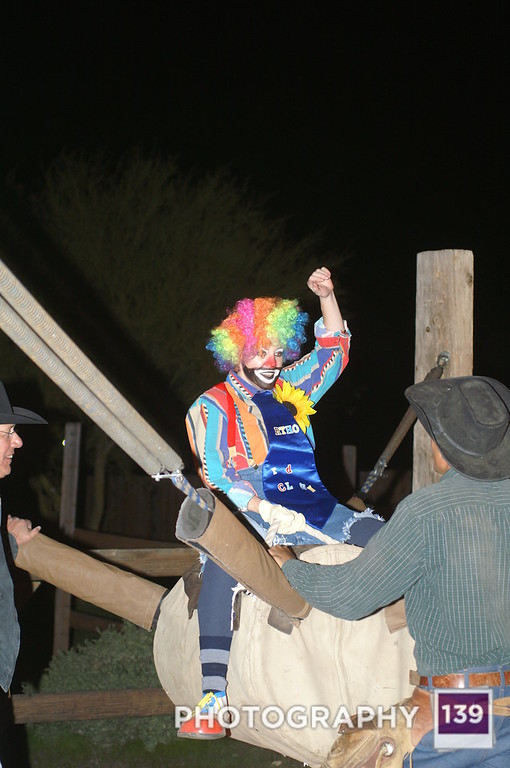 After the party, there was only a half day’s worth of work left.