I had a pretty great 4th of July!

I woke up in the morning and headed to Ames at about 9 am. I met Shannon and her cousin Matthew for a pretty sweet breakfast of biscuits and gravy that Shannon made.

Then I headed over to Jen and Derrick’s to drop off some cherry ice cream I made the night before for their annual 4th of July barbecue.

I got to Bandshell Park at about 10 am and worked on Ames on the Half Shell until about 7 pm.

I got a few photos of the event, but I’m just going to post my 5 favorite. 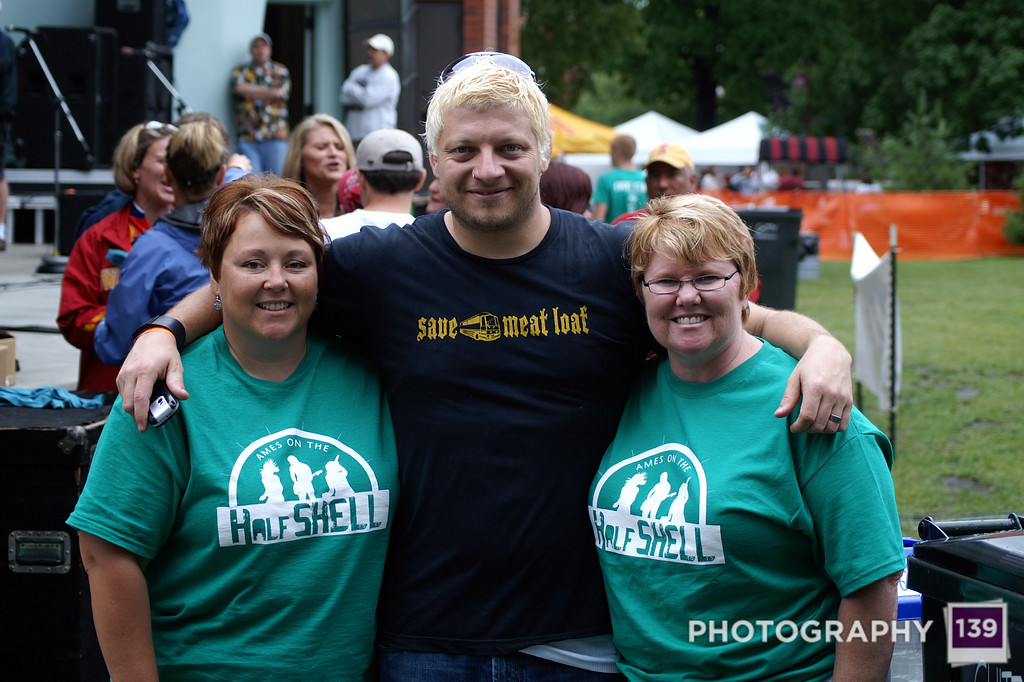 Peg and Angie with Mike Butterworth of The Nadas

Me with Teresa and Logan 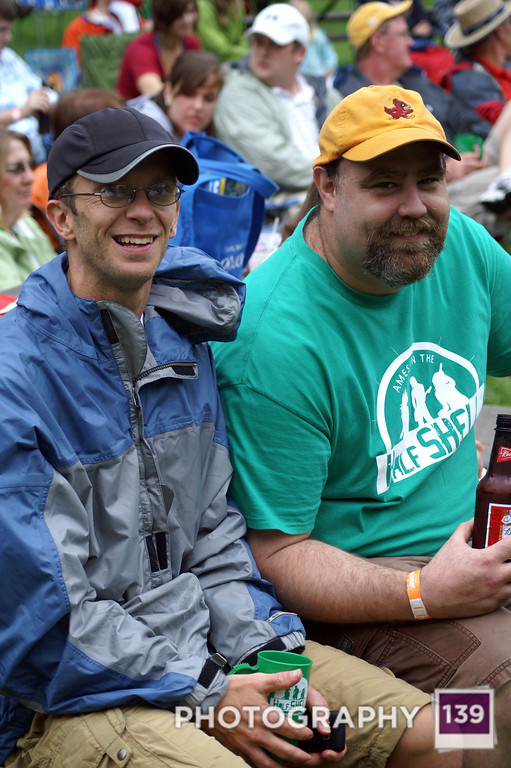 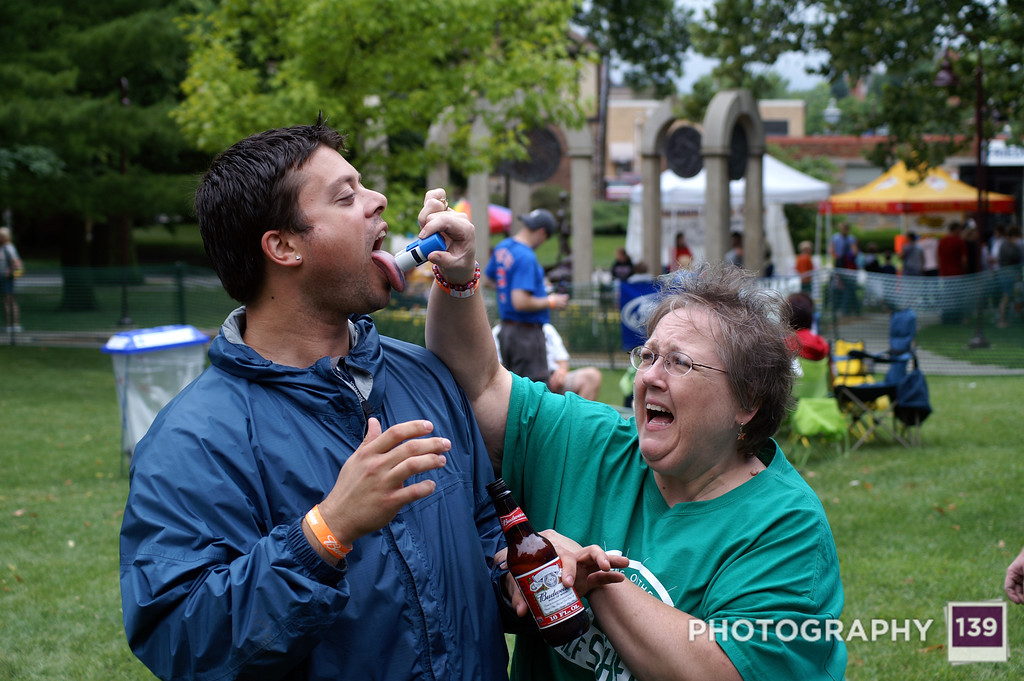 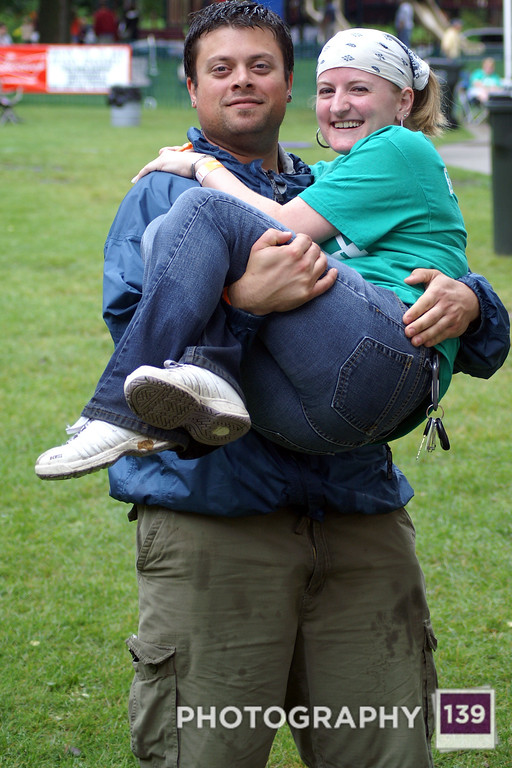 Matthew and Shannon’s Annual 4th of July Portrait (Destined to be used as a Facebook Profile Picture with the cute part cropped out of it.)

After Ames on the Half Shell, I headed over to the fireworks firing grounds. Lighting off fireworks was quite a bit more dramatic this year. I saw quite a few fireworks do things that they weren’t supposed to do.

Becky signed up to do fireworks, but after the very first one that Shannon lit blew up only a few feet in the air and flew all over the shooting area, she changed her mind.

I have to admit, that was pretty exciting. The next day I talked to Melissa. She did security for fireworks, so she wasn’t at ground zero. She told me that when she saw that first firework blow up and shoot fireworks all over the area, she said a little prayer. But figured everybody must have been okay, because the fireworks didn’t stop.

Shannon never knew that her firework malfunctioned, but that is part of the training. You don’t watch your firework.

After a couple of minutes, Becky changed her mind and joined in the fun.

Here are a few pictures from the fireworks: 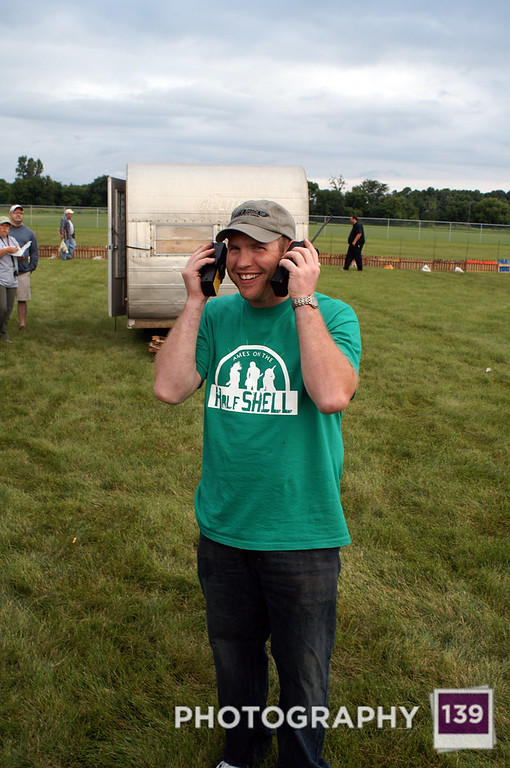 Scott showing off our massive amount of communication technology we had a ground zero.

Hammering Rebar. Rebar is hammered in between mortars to prevent them from falling over and firing into the crowd. Or worse, at the shooters. This is an example of what went wrong in Charles City last year. They used rebar, but they only hammered it in a few inches into asphalt. Because all the mortars were chained together, when one mortar fell over, they all fell over. 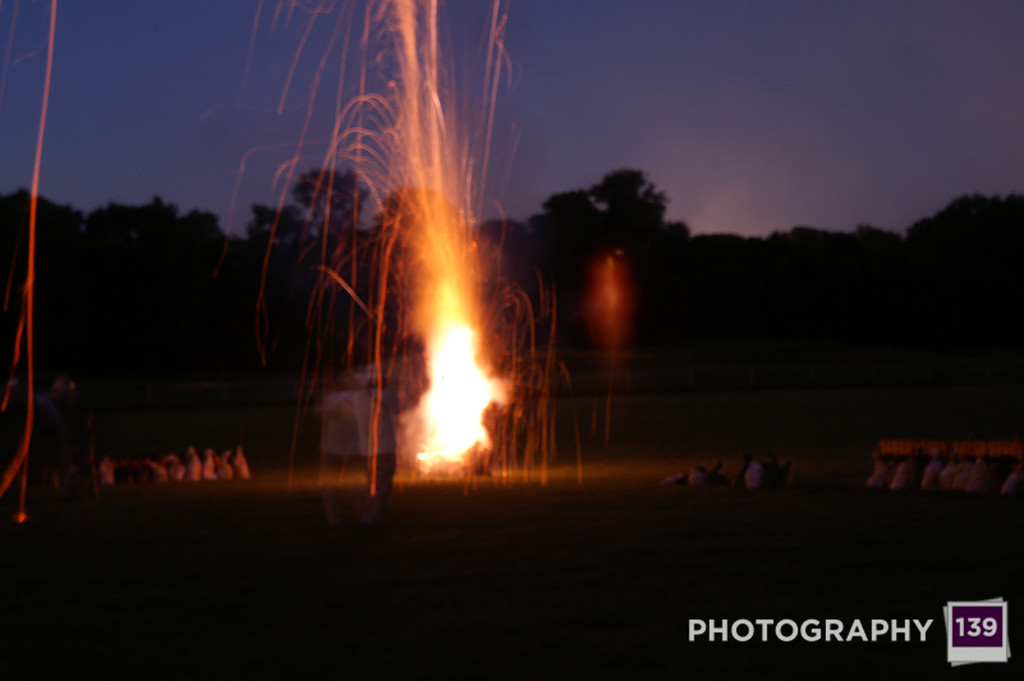 The 10 minute warning. This was the very first firework that Becky ever lit. 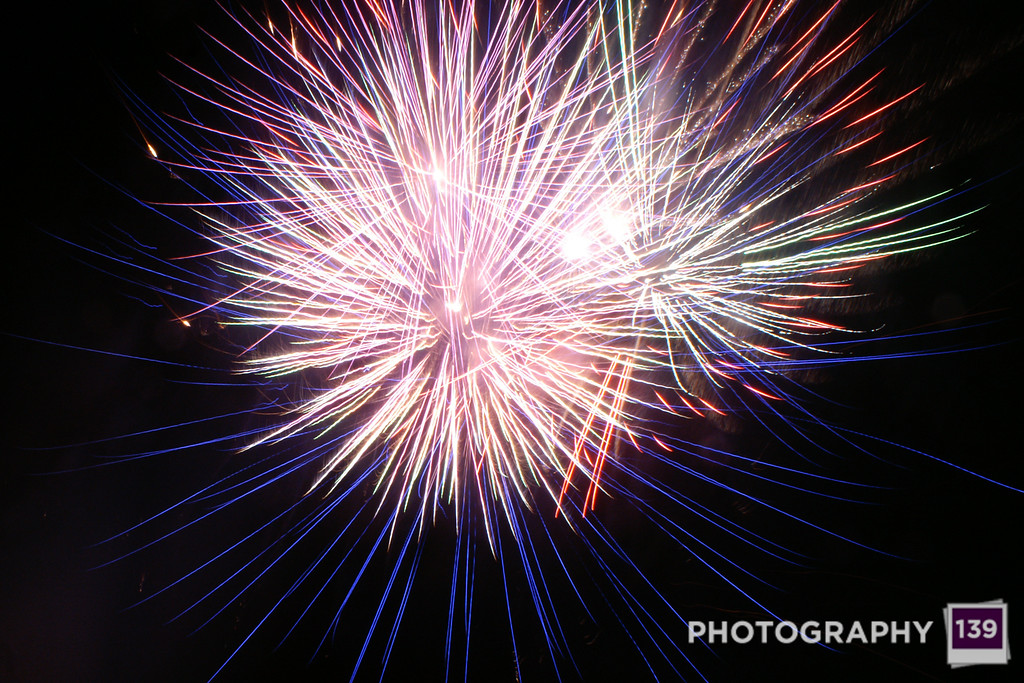 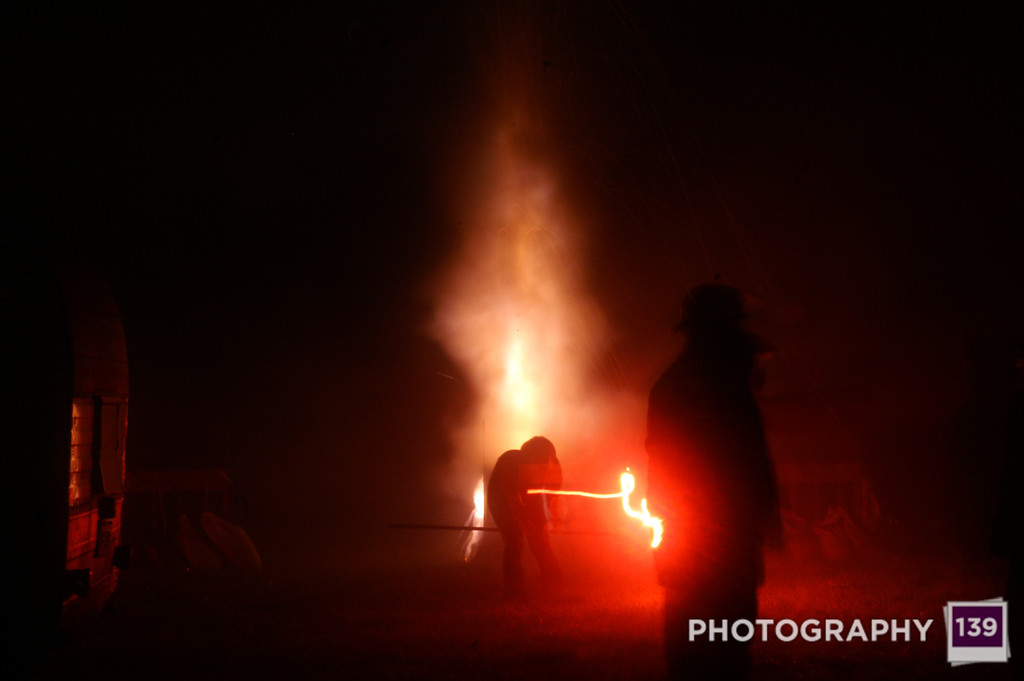 Shannon lighting a 5 inch shell. The 5 inch shells were the biggest that we lit off this year. I think this is actually my favorite picture from the day. Even though I’m sure critics will claim that it is slightly derivative of my earlier work. 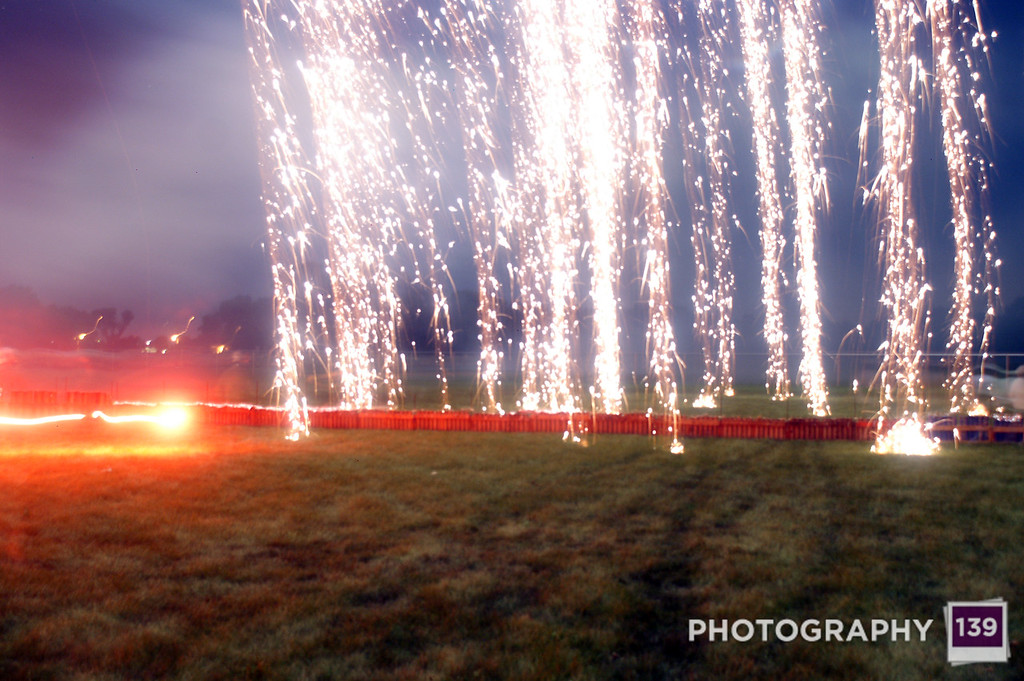 This is an example of what it can look like when something goes minorly wrong. It might look to some people like this is a series of fireworks going off, but it isn’t. This is what it looks like when a firework doesn’t go up high enough before it blows up. It comes back to the earth before it has completely burned up. The strange thing about this picture is that if you look closely, you can see aluminum foil on top of the mortars. These are the grand finale mortars and they are covered by aluminum foil in case something like this happens. All the grand finale fireworks are fused together, so if 1 of them goes off, they all go off. If you look even closer, you will notice that there is not aluminum foil covering all of the mortars. This happened while people were removing the foil and getting ready to set off the Grand Finale. If you look very close, you can make out Joe on the very right side of the picture. Shannon was also in the middle of this, but she does not appear in the picture. 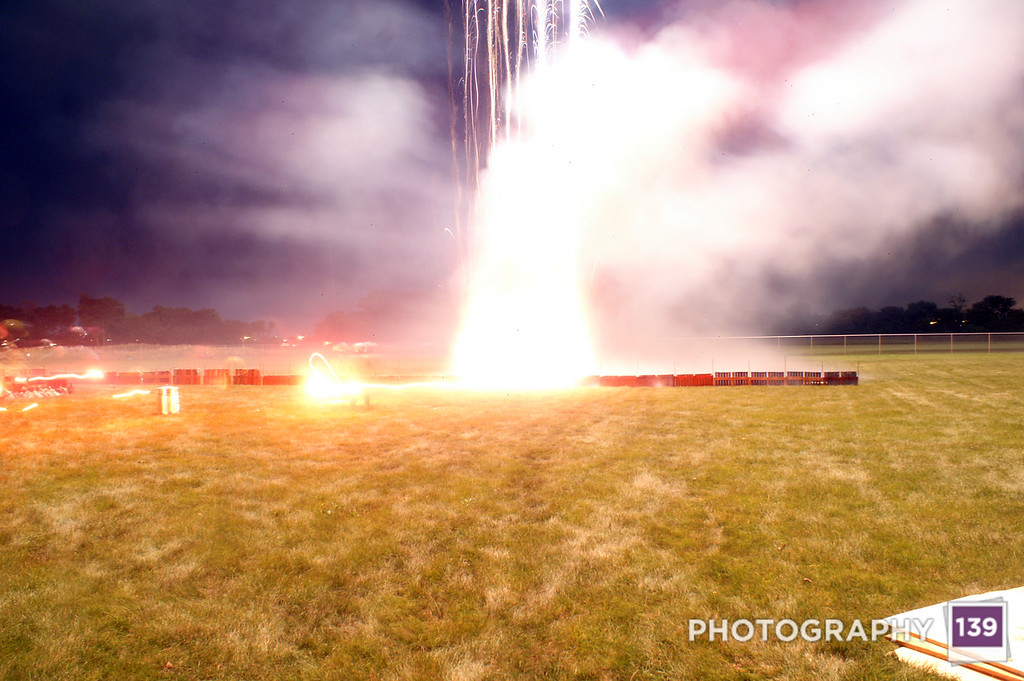 The Grand Finale going off.

There are a ton of other great pictures from the day. I suggest you either click on the picture below or the link below and check them out:

It was a great and safe fireworks show. It was a spectacular show and nobody came close to getting injured!

I concluded the evening hanging out with some wonderful people at Jen and Derrick’s barbecue. I didn’t leave there until a little after 2, but I still woke up in time to usher at church. Take that sleep! Who needs you any way?