He raped the whole country of morality, of integrity. He implemented a trend of corruption in a people who were not corrupt. He raised a generation of people who wanted to steal rather than to work for personal gain.
-Robert Kayanja, Miracle Centre Cathedral in Kampala, Uganda

That is a quote about Idi Amin, the Ugandan military dictator of Uganda from 1971-1979. Amnesty International estimates that he had close to 500,000 people killed during his reign. He had members of the Acholi and Lango ethnic groups massacred. Bodies flowed down the Nile in such numbers that they clogged the Owen Falls Hydro-Electric Dam.

He described himself as “The Hero of Africa”. It has been 30 years since Amin was removed from power and things have improved little since then.

It was into this country that Jesse recently went for two weeks.

But the good news is that he is back. 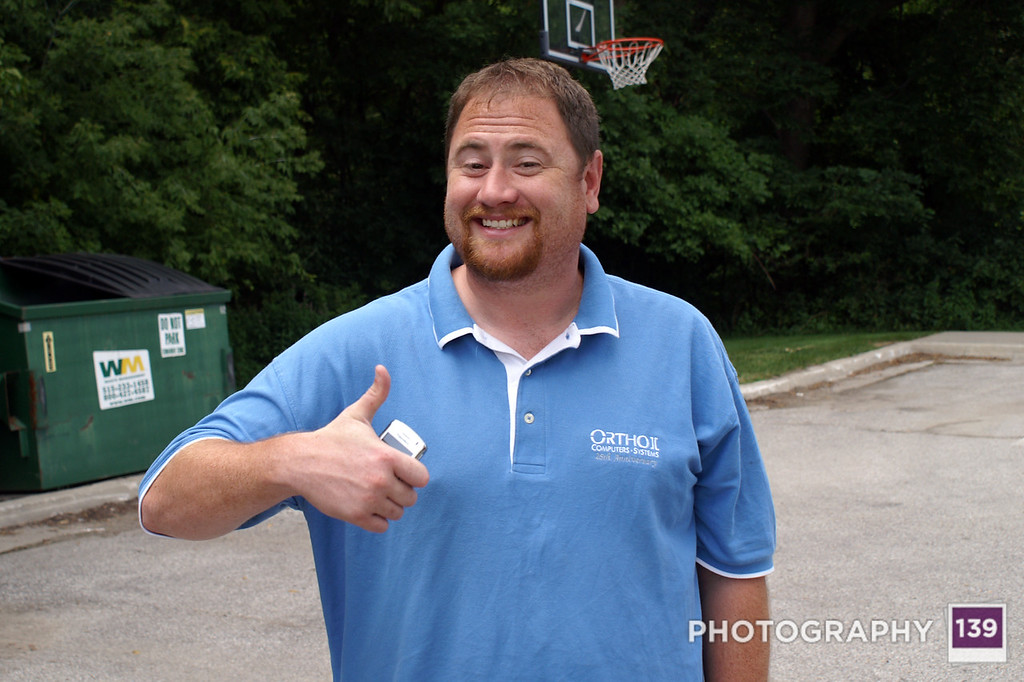 And he endorses the experience he had in Uganda.

I would like to share the two emails that he sent me while he was in Uganda, now that he is safe back in the Cyclone State.

I decided to type a letter prior to getting access to the internet so I could write more. 🙂

The flights were SO long and we had to make an unexpected stop in Rwanda before making it to Entebbe really late and then had to drive to Kampala. I was not prepared for the desolation that this entire area is. The hostel we stayed at the first night was on all dirt roads that have potholes bigger than Taylan. There are baboons, longhorns, goats, and children walking to school to fit on a road that is so thin it is very difficult to even fit our van on. There are cell phones spread throughout the people but they are so antiquated that they can barely call between Ugandans. We had to drive all around to find a “cyber-cafe” to email yesterday and the lady was very short with us and wanted us out. We haven’t found a way to get to a phone yet but are going to look tonight.

The weather has been great so far… 85 with no humidity. Yesterday was the first day really and we went out the orphanage / school / and church. We met so many people but the language barrier has been pretty great but they love having us here. Everywhere we go there is such a push to make people aware of AIDS and prevention. Our first day was spent in Kyampologoma was the first real stop and it was so unbelievable. 550 children attend a school that just 20 years ago was covered in the remains of the dead from a terrible battle between Idi Amin and Moseweni’s rebels. Our pastor said that 30% of the population has HIV. Of the orphans we met 30 have full blown AIDS and 6 more have HIV. The government has posters everywhere even in places where I would think would be inappropriate. There are baskets of condoms everywhere you turn. Yesterday the village we were in slayed a goat and for us to eat… did NOT taste like chicken. We also had an opportunity to be a part of a huge coming of age ritual. The circumcision of a young man. Oh my word… not prepared in the least for this visual imprint.. I thought it was a standard ritual dance and then there was this erotica dance between this young man and girl and then all his friends came and threw charcoal on him all over and rubbed it everywhere. Then he placed a large branch behind his head and the elders came up with a knife and made the cuts with less than surgical precision. This immediately led to sharing in the feast of the goat. That afternoon we got to play with the orphans and school kids. That was incredible to say the least. They just wanted to shake hands with us in that 80’s movie handshake. Then just tell us all about them and although we could not understand, they just loved to be listened to. Finally, that night a couple of us were asked to share from the Bible and we had a translator to share with the kids. I wasn’t expecting to talk but I thought about Olivia as they asked me to talk and I shared Psalm 139 verses 1-8 as these kids feel like they do not matter but God cares about them and knows each one of them by name, the number of hairs on their head, and that they are no less important to him than we are. Verse 7 talks about where we can go to flee his presence. Nowhere. God is present everywhere and in every situation no matter how dire or how blessed. He has a plan for each of us and we need to be prepared for him to work out the details in how you will get there. This trip is a perfect example. 3 and a half years ago I wouldn’t have even known Uganda was more than a country in Uganda.

I didn’t sleep at all last night, not sure if the time change is the cause or if is the fact that I am waiting to talk to you all. As soon as I can, I will. Today we move further north and have experienced our first dealings with police inspection. They are not excited about our heading closer to Kitkum and Gulu. Our mission is not to be detoured.

Please keep our group in your thoughts and prayers. I will write more soon but I need to prepare for the day ahead.

The connection speed is way too slow to send pictures much less video so I will put this together when we return.

Love you brother and will talk to you soon.

Quote of the trip so far…. The whole world should be duty free!

Today was long, long, long and yet I wanted to write you and tell you that I miss you and hope things are going well. We have visited so many places. Orphanages, churches, and schools. To get to all of these places we have 13-15 of us packed into a 12 passenger bus for an hour to 3 hours on roads that can only be called privative and not suited for travel. We have met so many incredible people and the children here are so happy to see us. So many have never seen a white person in their lives and some of the children run away crying scared. We build a church yesterday out of sticks, mud, and a metal roof. We had to dig the dirt up, water it, and stop the mud to make it consistent and then pack the mud into the walls. It is amazing. The elders said that “they didn’t think that whites were kind to work”. They were amazed that despite our skin color, that we are indeed the same. They were blessed as were we to be a part of this.

So many children have lost both their parents to AIDS and even more have lost 1 parent. The number of children with HIV is unfathomable and just kills me. Yet they smile, sing, and dance for us when we come into their villages.

Our team has eaten so many odd things this trip from goat, to cassava root, to animals I have no idea what they were before they were slaughtered for us. The food is abysmal but they are serving us the best of what they have as their guests so we smile and eat with our hands. I am ready for a tropical snow! The pineapple is plentiful and is what is keeping me going though :).

I got to give the sermon yesterday in front of a about 200 people and while incredibly nerve racking, it went well and there was much response. Amazing to see that regardless of language, the message hits the heart the same.

I miss you all,

He is already planning a return trip to Uganda.