I’ve taken the time to post some pictures from the Iowa State-North Dakota State in the Iowa State Cyclones Football – 2009 Album.

It was a night game, so regrettably there are only a few images, but these are some of my favorites.

Me with my Aunt Barbara, Cousin Mary Beth and her husband Michael.

This dude has to be the shortest, fattest dude in all of college athletics. You could watch his belly jiggle while he was warming up. Unfortunately, he never got into the game. 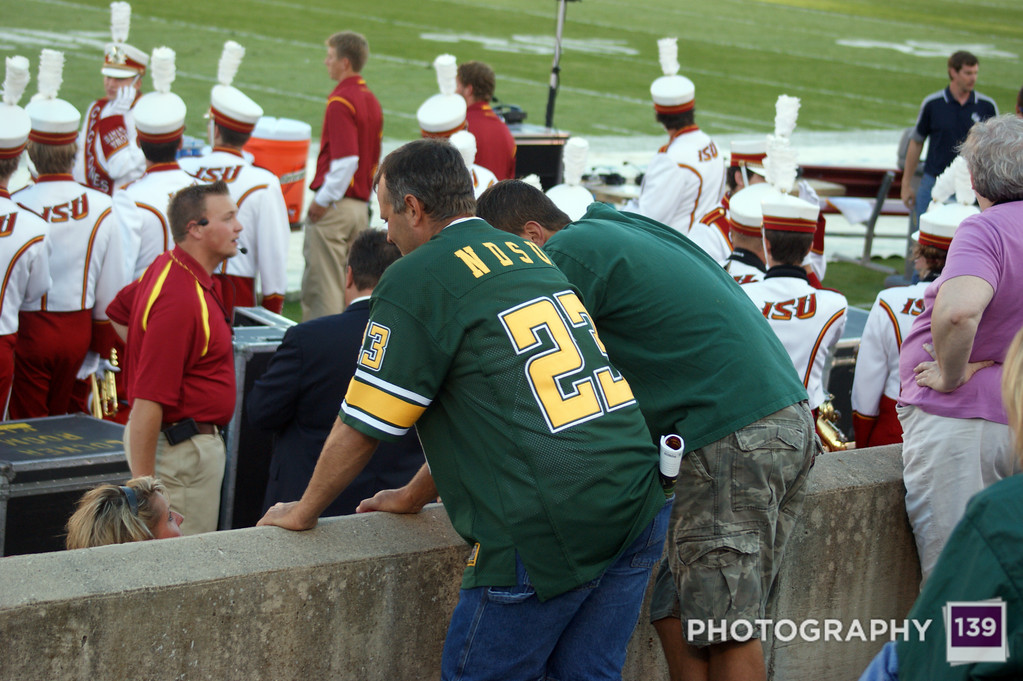 Watching these guys hitting on the cheerleaders was priceless. Sitting right behind them while they were working the magic… their girlfriends with clearly low self-esteem. Perhaps that isn’t fair. Maybe they have great self-esteem and these guys are as good as it gets in North Dakota.

Banks in a simpler time. 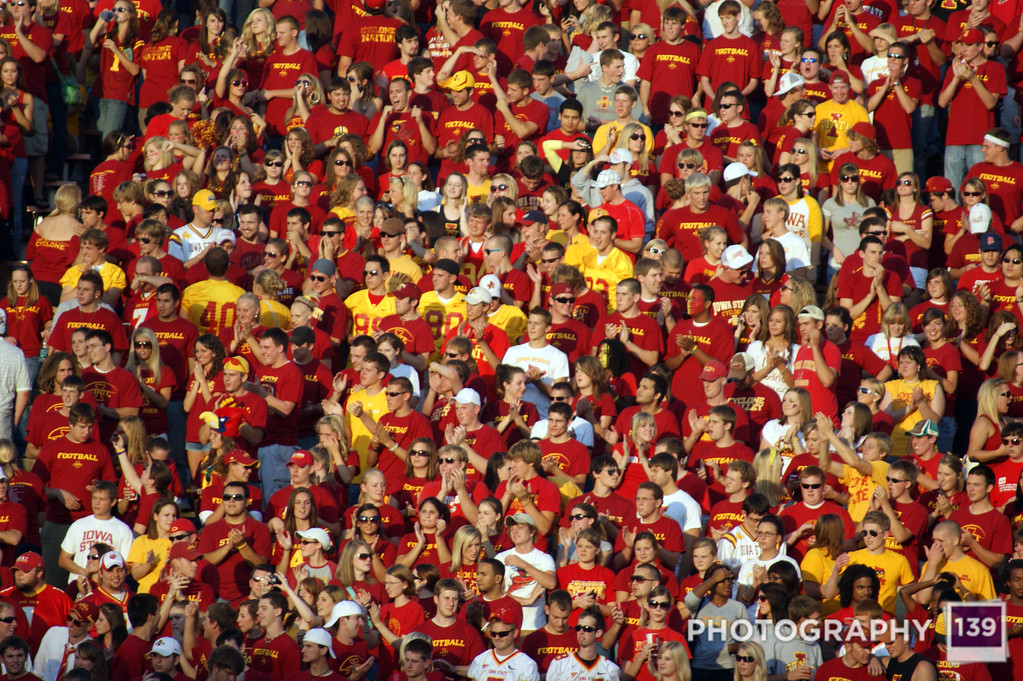 A moment of “silence” for Ed Thomas.

Robinson on the carry.

Of course, there are about 50 more images in the Iowa State Cyclones Football – 2009 album.