I don’t know if there is much reason to dwell on the Iowa-Iowa State game. I think the only positives to come out of the game is that if you are going to lose, play your absolutely worst game that you can possibly imagine. Plus, Iowa is a quarterback away from being a pretty special team and with the weakness of their schedule, they have a decent shot at a BCS Bowl bid.

I have loaded pictures into an album in the SmugMug Gallery. Here are a few of my favorites from the day.

Robinson before the 1st Game of his 100 yard game streak.

The coin toss. Is there a better name for a linebacker ever than “Angerer”. 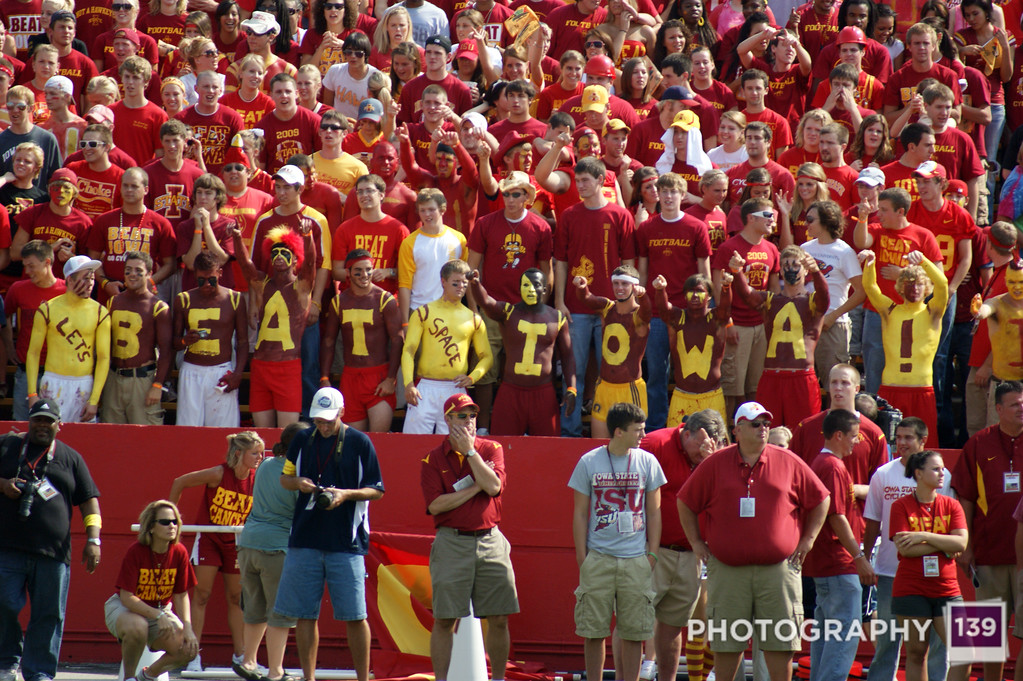 The “space” guy kills me.

Kind of the story of Iowa State’s day. 1 second too late. Although this pass was picked off. 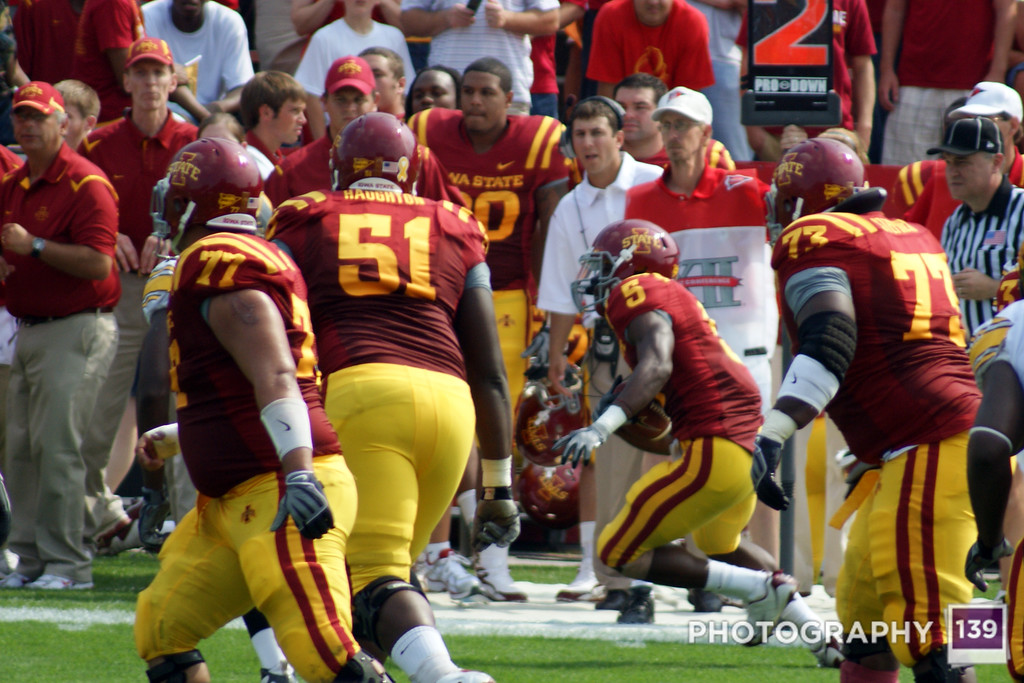 “Money” before he broke his leg. 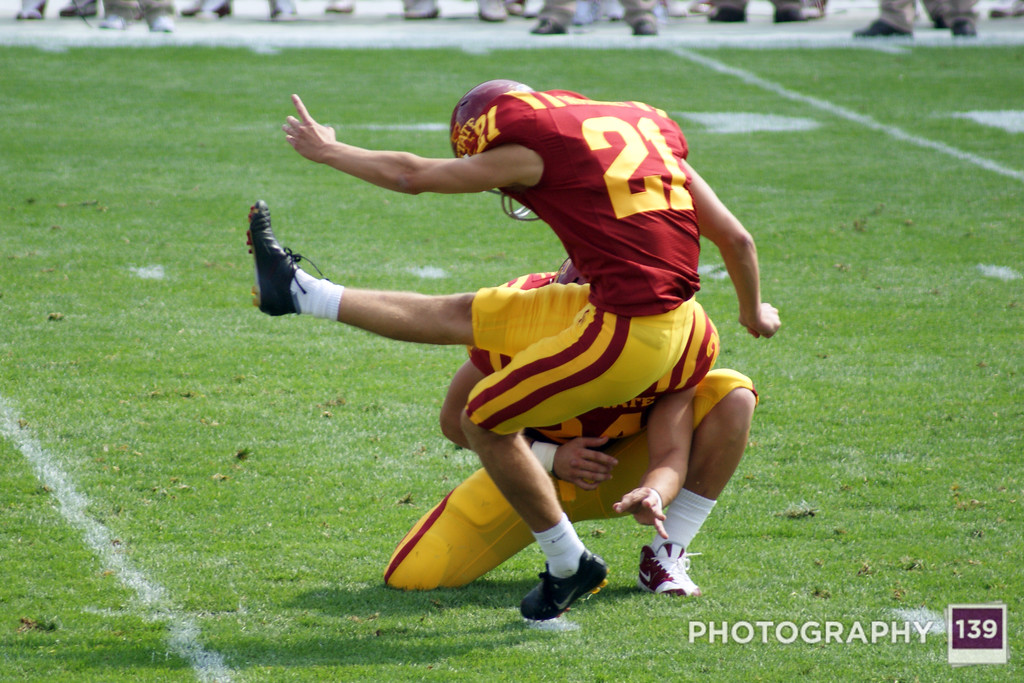 It would be nice if my shirt like this would show up at some point. 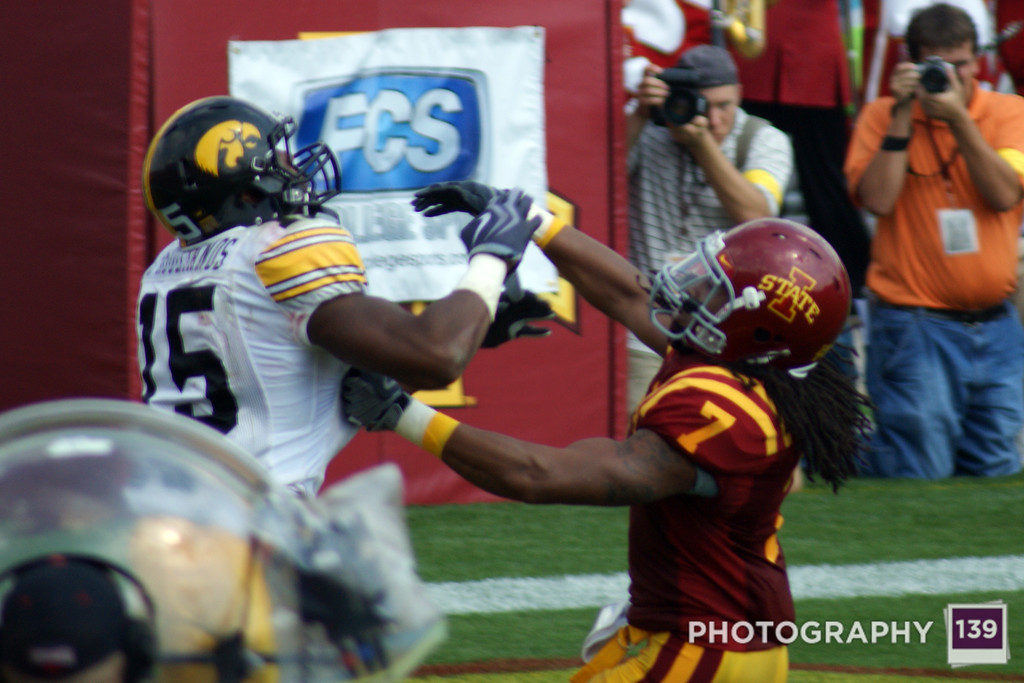 Done for the day.

Tiller gets some PT.

There are about 70 more pictures in the Iowa State Cyclones Football – 2009 Gallery. At least better times were ahead.

2 thoughts on “The Iowa Hawkeyes”