Entry #4 of 5 of the Group Shirts Series.

I may or may not be a member of a group known as “The Girls”. It seems to be somewhat dependent on the day, but for a long time, I was clearly on the outside of The Girls and then I was more or less told that I was in The Girls.

I had some objections to being placed in The Girls. Not because The Girls are bad people. On the contrary, they are all wonderful people. But the organization seemed to be sexist to its core.

It is possible that I operate under certain gender stereotypes, (girls should smell nice, guys should not drink wine coolers) but I wouldn’t consider myself to be a sexist person. At least not on a meaningful level.

It is for this reason that I can not condone sexist behavior.

Now some of this stuff happened several months ago, so there are gaps in the memories. I will do the best I can.

Before I joined the group, the group consisted of 5 people. Becky, Peggy, Shannon, Terra and Todd.

The Girls plus some outsider at Ames on the Half Shell 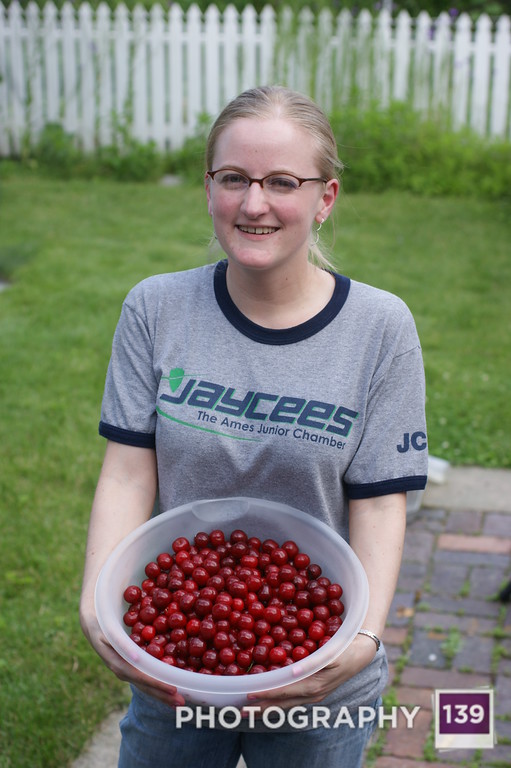 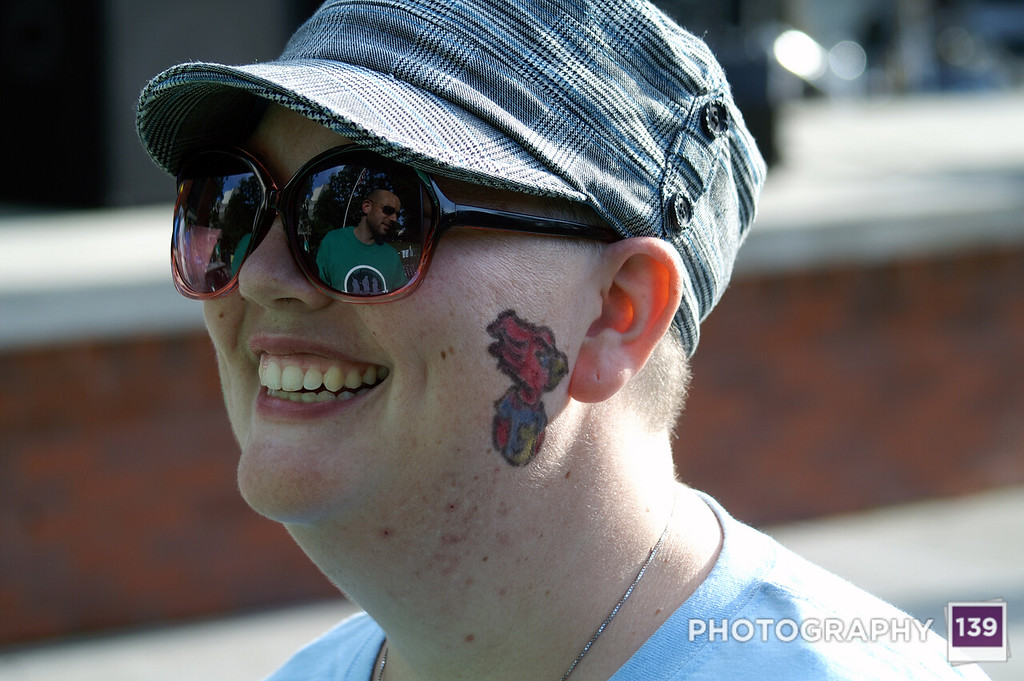 For reasons that I cannot recall, when I was told that I was “now in the group”, I approached them with a rather simple request.

By my joining the group, the demographic would switch from a group that was at one time a “girls only club” to being 33.3% dudes. For that reason, I felt that a different moniker should be applied to the group.

I did not mind joining a group call “The Girls”, but it did seem to diminish the contributions made to the group by its male member(s). I wanted to know who got to decide the name.

Becky responded for the group by indicating that She, Shannon, Becky and Peggy got to make such decisions.

It seemed to me it was rather obvious that Todd was being singled out and only given half rights (if any rights at all) because he was a dude.

When I pointed this out, I was fed some hogwash about it not having anything to do with Todd’s gender, but about him not being a “Founding Member”.

Regardless of their “reasons” for persecuting Todd, I told them that I didn’t want to join a group that treated me like a halfling. I already had a group for that. I was willing to join the group (since they are wonderful people) and work on fixing the rotten core of sexism from the inside, if they made one, very simple conciliatory gesture towards me.

Change the name to: The Super Badass Action Squad

This would serve two purposes. First, I’ve always wanted to be a member of a group called The Super Badass Action Squad. Second, it would show that the group was willing to confront the demon of sexism that is threatening to destroy their group from the inside. Rather than just sticking their head in the sand and acting like nothing was wrong.

My initial proposal was received somewhat coolly. There was the usual recrimination that comes when people are at first forced to look at the light.

Shannon told me that I shouldn’t fear joining a group known as “The Girls” because nobody would consider me to be less of a man. Of course she is right about that. My levels of manliness are unquestioned. They have been unquestioned since the first Marathon of Manliness all those years ago. (Red car. Good point!)

But after the initial waves of resentment receded, the coolest thing happened.

A group float trip down the Iowa River was proposed. Reservations were made. Name on the reservation… The Super Badass Action Squad.

Then the day before the float trip came and the weather was a little bit cold. Some emails were exchanged. Discussions were held. Float Trip canceled.

I don’t hesitate to note that if a squad of people were truly super and badass, a little dip in the mercury wouldn’t have stopped them from taking on that river.

A camping trip was proposed to take the place of the float trip.

I was back in.

Ledges was suggested. I left work early on that Friday to try to secure a campsite. This was the middle of the Summer. Every campsite in Ledges was booked for the weekend except for a couple of hike-in sites. I called Todd to clear this with him.

“I will call Peggy and then call you back.”

“That is kind of far. We are just going to camp in our yard.”

Flash forward to a couple of weeks ago.

I get an email from Shannon. She wanted to know what size of shirt I wear. This was a strange request.

I wrote her back: I wear an XXL. I can wear an XL, but nobody seems to like it. Including me. Why?

She wrote back that she would be getting me a shirt on that weekend. She doubted that I would ever wear it, but I would laugh when I saw it.

It was the weekend of the ISU-Baylor football game. It was a weekend where I was invited to 3 birthday parties. Being only 1 person, I could not make it to all of them.

I dropped by Shannon’s on the way to the game to give her Becky’s birthday present.

She gave me the shirt. 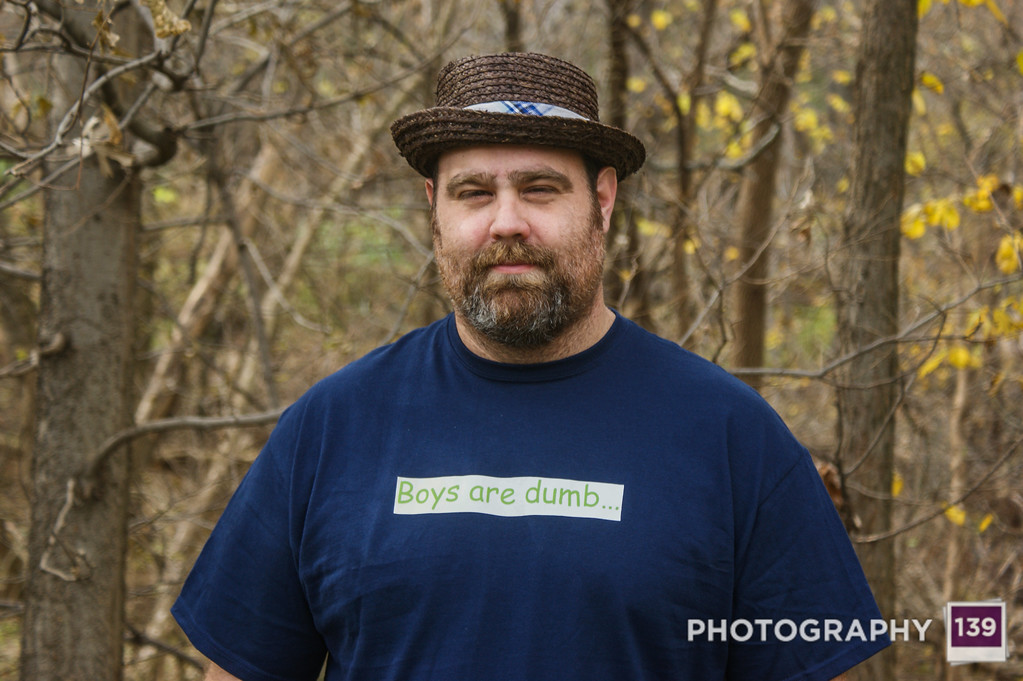 I did laugh. Will I ever wear this shirt? Well clearly I wore it for these pictures. I will also wear it if there is ever a group photo of “The Girls” organized.

But that doesn’t mean that I have thrown in the towel on The Super Badass Action Squad. It is still a dream of mine. After all, I am Super Badass. For example… 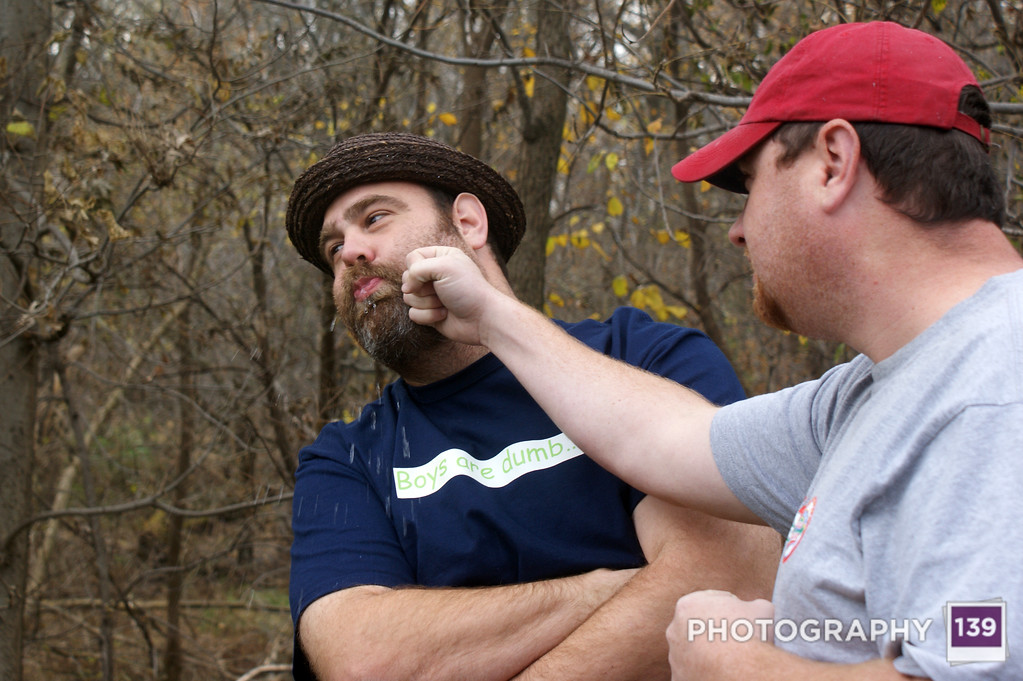 I can take a punch. 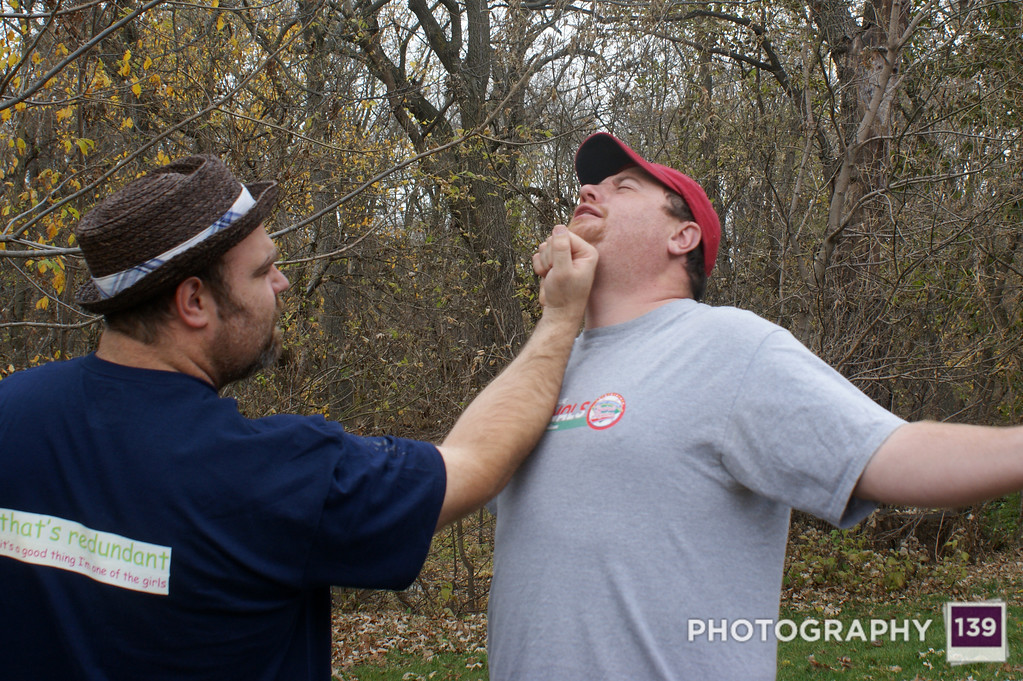 I can deliver a punch. 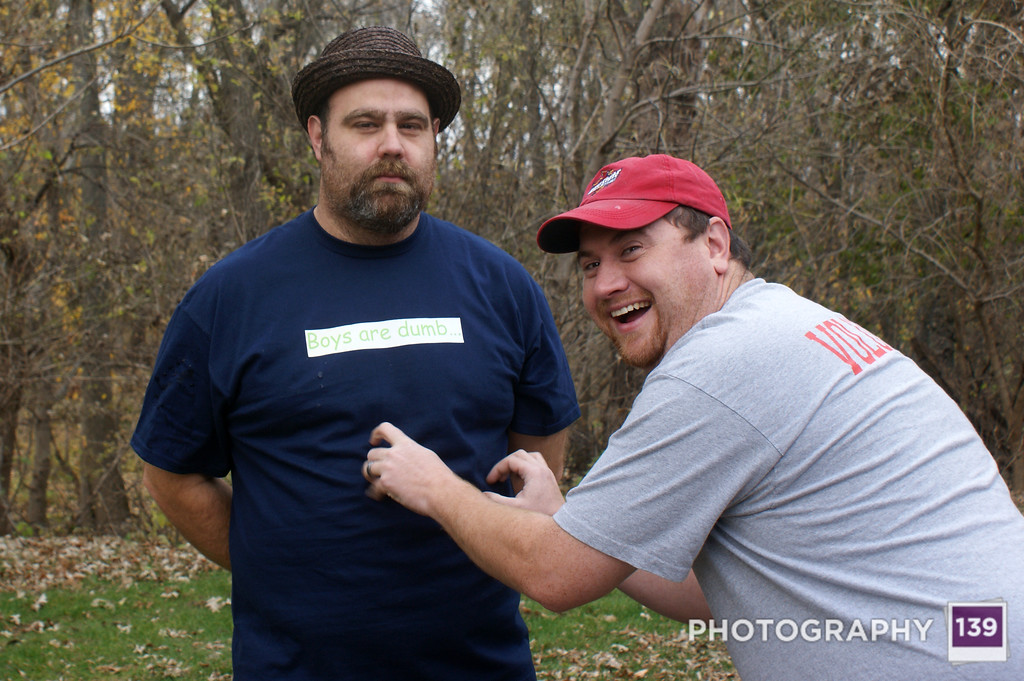 I am not remotely ticklish.

My vertical leap is 36 inches.

That is only to name a handful of my Super Badass attributes. So I will continue to carry on and maybe some day I will convert this group of The Girls into The Super Badass Action Squad that I know is in them.