I was dreadfully unprepared for this year’s Halloween. Including not buying pumpkins and candy until Saturday morning, not running firmware updates on my Blu-Ray player until Saturday night and not doing any decorating at all. Truth is that the lack of decorating was a conscious decision that I plan on repeating for Thanksgiving and Christmas. Although I have a feeling that a Christmas tree is going to show up in my house when I am not home.

Although if I do ending up holding a Friendsmas-Thanksmas-Christgiving celebration between Thanksgiving and Christmas, it is possible that a small amount of decorating might transpire. But that is a pretty big if at this point in time. Mostly because I still need to convince myself that I won’t blow up the house while frying a turkey.

Despite the lack of preparation, Halloween went just fine.

Despite getting a couple of garbage pumpkins, Jay still made two spectacular jack-o-lanterns.

A few pictures from the night…

Jay cleaning out a pumpkin. 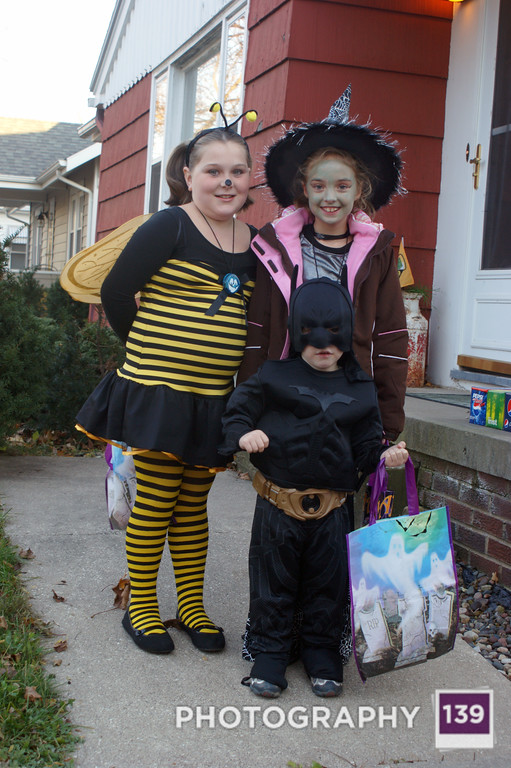 The Davis Family. Holden was awesome in the respect that after every picture, he would come over and want to see it. Good thing I wasn’t using film.

Austin was not a fan of the hood part of his sweet giraffe costume.

Holden was a big fan of my front stoop. If he makes it to my birthday barbecue next year, I anticipate I will find him sitting in that exact spot on multiple occasions.

Austin was happier without the hood.

A Howard paying homage to a CBS television show?!?!? Shocker! Saydie is not wearing a wig. Taylan as Laura Ingalls Wilder.

Jay working on a pumpkin for my mom. 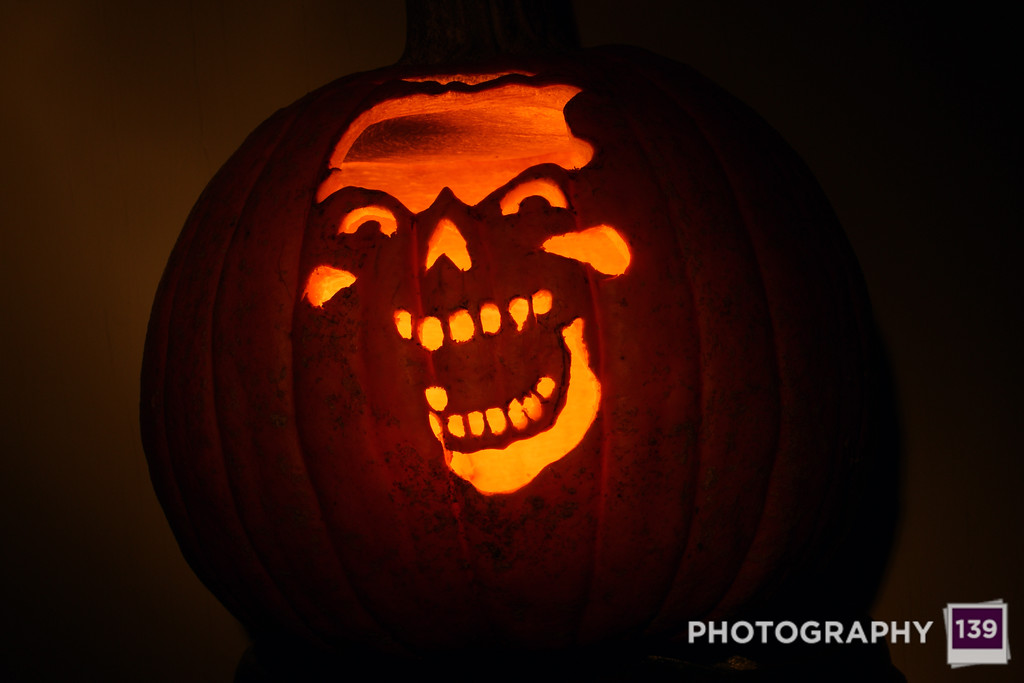 I think I will have to schedule my social calendar lightly next October, so I can get into the spirit of things and maybe even visit a pumpkin patch. I didn’t get a chance to do that this year.