It has been several years since my mom got new windows for her house. I had her keep all of the old windows because I thought that there would be a point in the future where I would be able to use them.

I gave a few to Monica. I gave a few Rebecca. The rest have mostly sat around and collected dust.

The previous Monday (to last Monday) I came to a point of stasis with the Friend Wall. There is still room for more pictures and there are still a few people that aren’t represented on the Friend Wall, but I feel that the wall has adequate coverage for now. I can stop for now and move on to putting holes in the other (naked) walls in my house.

The windows will be a big part of what goes on my remaining walls. I finally got one of the window projects done.

I don’t really have a name for the completed window project, but for now it will be called Window Project #1.

Window Project #1 started with this picture of Jill’s hand. 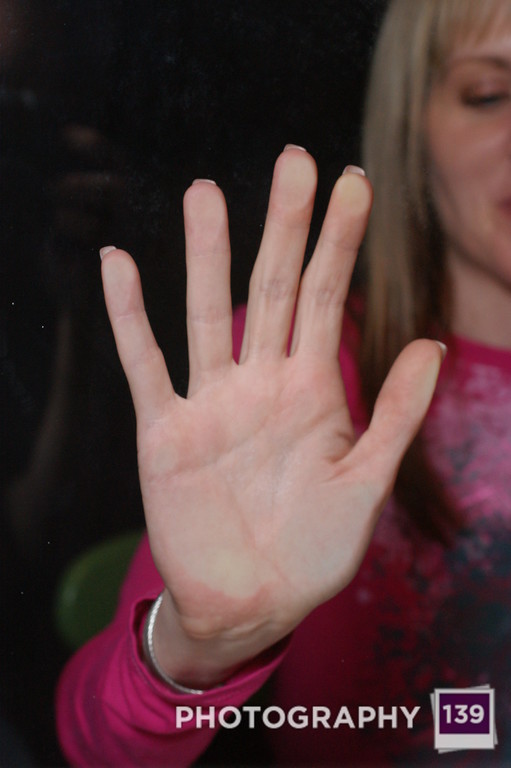 After cleaning this image up, tweaking it and converting it to black and white, I came up with the final image.

I measured a window and ordered a print.

I don’t really trust my own ability to cut straight lines, so I discussed the project with Teresa. She agreed to cut the picture down to size and actually came up with the idea to mount the picture to foam board.

The foam board was definitely the wise way to go.

Before bowling (actually the greatest bowling night of my life) Teresa came over and cut the foam board and picture. I mounted the picture to the foam board, placed it in the window and put it on the wall. 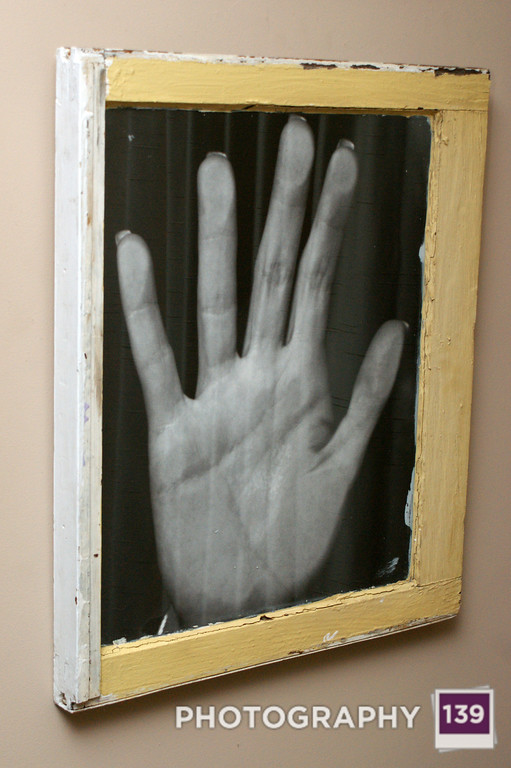 After looking at it, I think I might need another picture to go with it. Another body part.

I’ve thought about an eye…

I think the answer is rather obvious. The complimentary picture should be of a foot.

It seems I’m in need of a foot model. Monica has graciously offered up her foot in exchange for me paying for a pedicure for her. I think I can find somebody that will work cheaper than that. I am, just a poor, starving artist after all.

If you hear of anybody wanting to offer up their foot for art, let me know.

But there are also a couple of other window projects on the horizon. I have a set of garage door windows I got from my Aunt Linda that I’ve always thought about using as a frame for flower pictures, but instead I am going to use it to hold family pictures and sit it in the corner of some yet to be determined room.

I am also going down to Salon 908 to measure some wall space on Saturday morning. I am planning on hanging a window up there before their Grand Opening. I don’t have much turnaround on that project though.

I hope my designated cutter is available.