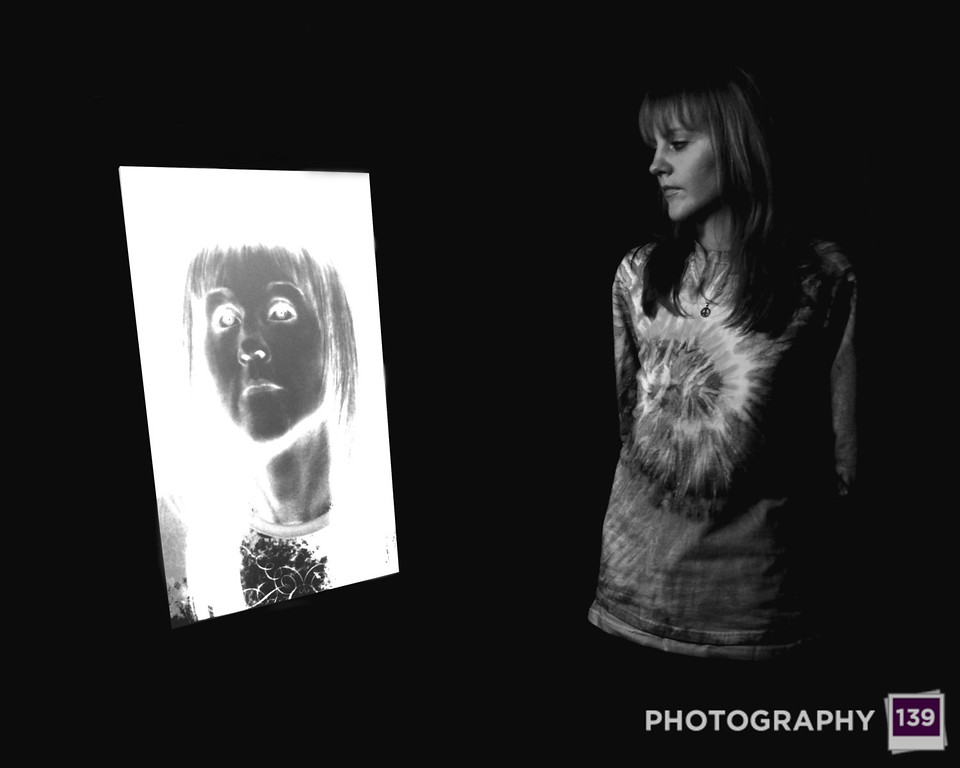 This is an example of completing two photo projects in one week. Long time fans of Jill and the keenly observant will note that she is wearing the same shirt as in Psyched Up (Not Out). That is because these pictures were taken moments apart.

Another observation that could be made is that this is the inverse of the June picture in the 2010 Photography 139 Calendar. 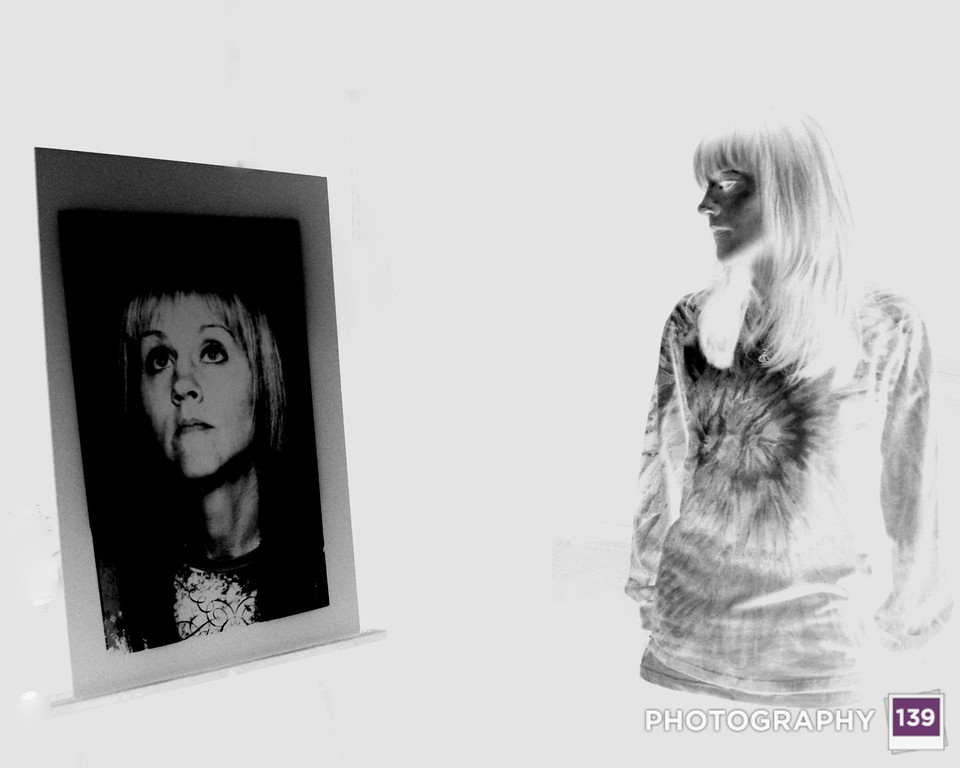 The positive image (image at the top) is the image that was originally designed. The image in the calendar was something I did later in post production for fun. As it turns out, Jill actually prefers the inversion and while her feedback may have contributed to its inclusion in the calendar over the originally designed image the real reason is one of practicality. An image that has this much dark and black is hard for a printer to print with any kind of quality. So the much lighter inversion was selected. This is why calls by Baier to include moon photography in the calendar have been ignored to date.*

I indicated in an earlier entry that this picture was placed on June because it represents a darkroom technique. This was another contributing factor. That image was created in Photoshop, but it is an image that could be made in the darkroom and was inspired by many of my darkroom failures. Failures that can be seen in my newly christened “failure trunk” that resides in my basement.

It had been a couple of years since I watched that movie, but I do remember being inspired to make this image immediately during my initial viewing.

Here is a still from the scene in the movie Funny Face that inspired this picture. 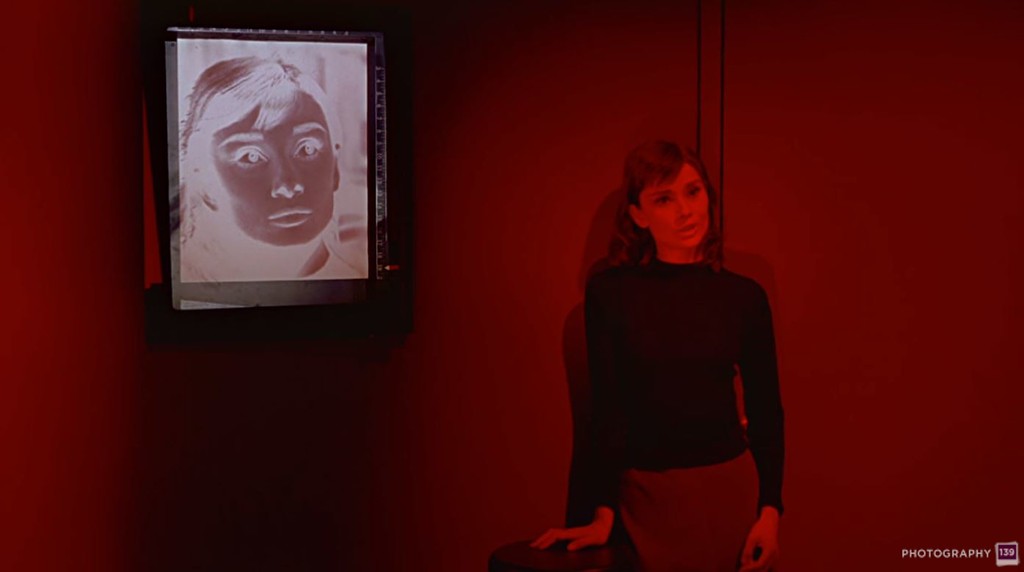 This picture did take a little bit of groundwork to make. The inverse image in the image comes from a test picture I took of Jill a couple months ago when she posed for the hand picture. 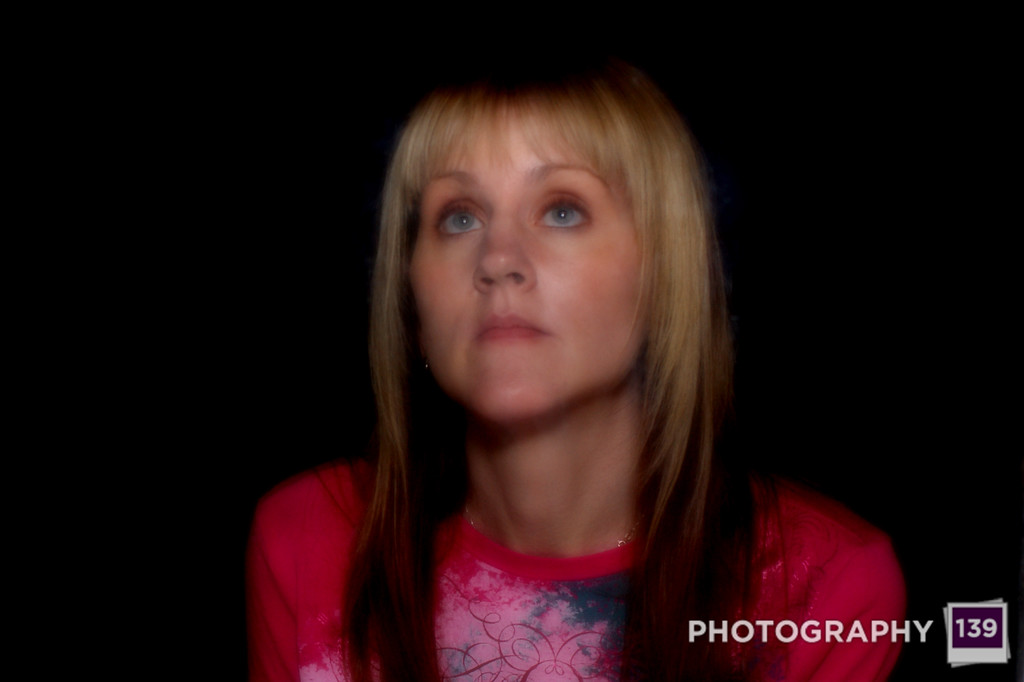 I converted this picture to black and white, cropped it and made it into a negative image. 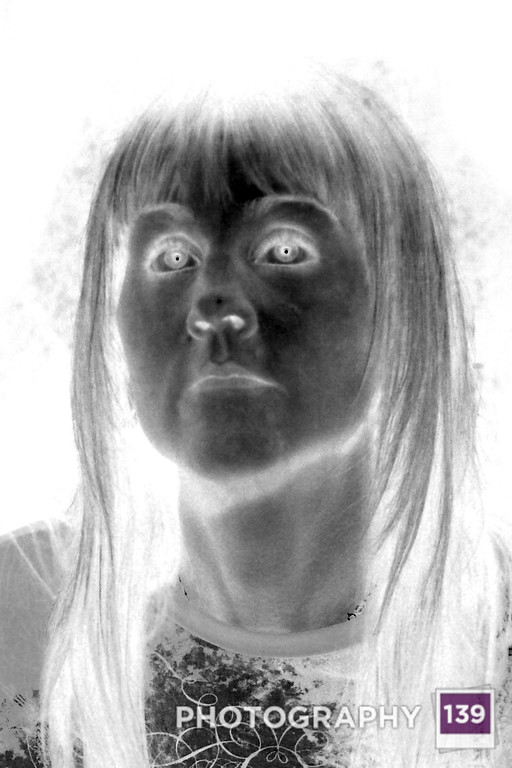 Admittedly, Jill isn’t crazy about this image of her. That might be why she likes the FFH Inverse better.

Although I personally love all of these pictures (mostly because of my ego problem) my favorite picture is actually somewhat of a joke.

As anybody has modeled for me can tell you, I don’t give much direction. Therefore, when Jill sought direction, I told her just look at her picture. I didn’t want any kind of a modeling pose.

She replied, “That is good. Because if I tried to model it would look goofy like this…”

Then she did the following.

Next week’s personal photo project involves a creature that did not live to see its artistic contribution to the world unveiled. Despite the insinuations of Jay, I didn’t commit murder. It died completely independent of my actions. I do confess that it was convenient for me that it passed on because I have no clue what I was going to do with it, but fate bailed me out. Not my own actions.

*Incidentally, tonight is a great night to go out and watch the moon. It is the perigee moon. The largest full moon of the year. It is as much as 14% wider and 30% brighter than other full moons you’ll see later this year!

4 thoughts on “Personal Photo Project of the Week No. 2”