I was set on going back to the Cyclone State on Tuesday night after visiting Faust on his day off, but Bethany and Becca requested that I stay one more night. I had no plans for Wednesday (Sara’s attempt to convince me to go to Iowa City failed since she couldn’t produce a single credible theory on why it would be fun for me to sit around while she put stitches in a pig’s foot), so I agreed to come back to Eagan after my visit to Mankato.

Nate, Becca and Bethany live a couple blocks from a donut store by the name of Puffy Cream Donuts. After I woke up and showered, I hit the open road to Mankato after picking up some cream filled goodness at Puffy Cream.

When I got to Mankato I stopped at Target so I could buy some extra clothes for the extra day in Minnesota.

I arrived at the Faust home and we discussed potential new coaches for the Cyclones.

My dream has always been that Iowa State rights the wrong it made several years ago and brings back Eustachy. I know this was a pipedream, but there are several great options out there. It was exciting to think about what guy Pollard would bring to Ames to return the Cyclones to glory.

We went to Mr. Goodcents for lunch. I hadn’t eaten at Mr. Goodcents since the one in Ames closed down while I was still in college. The sandwiches are no longer as epic in scope as they were all those years ago, but it was definitely still very tasty and I wasn’t disappointed. Not like how disappointed I am with the horrible joke that is masquerading as Panchero’s across the street from the Computer Mine.

At 2:30 we walked over to Jackson’s school to pick him up. I got to admire some of his artwork and look around his school.

As we returned to the Faust abode, I checked my email on my phone. I wasn’t expecting any messages of great consequence, I was just trying to hammer out lunch plans for Thursday with Shannon, but then I got an email message from The Swell Season updating their Summer tour schedule. They are coming to 1st Ave in July! Hallelujah!

After further discussion about who Iowa State could get as a coach, Nicole came and picked us up to get cotton candy!

The residence hall where she works was trying to get the students to leave their dorm rooms by serving cotton candy, popcorn and playing approved music. I don’t know how well it worked on the students, but it worked on Jackson, Faust and I.

On the way over to Minnesota State’s campus, Jackson flexed the golden pipes and wowed me by singing along word for word with the Justin Bieber CD playing on the stereo. 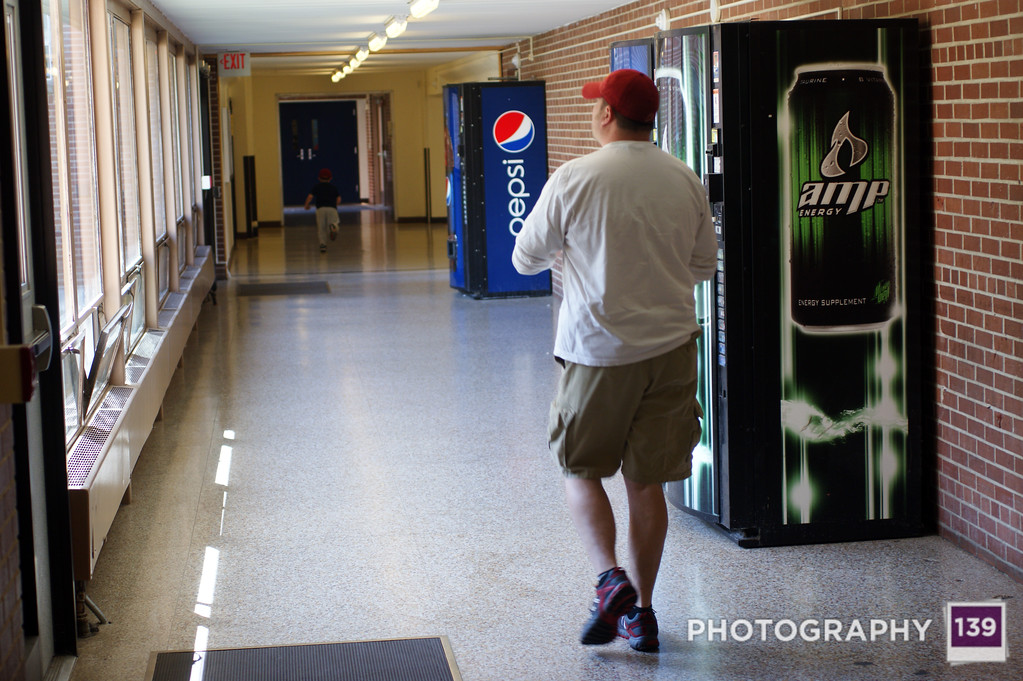 A portion of the day was following Jackson while he ran through the hallways of the dormitory.

Jackson has yet to develop his dad’s patented “Leaning Weiner” shot.

Now I’ve been able to school two generations of Fausts on the court. Plus Faust and I did relive some old Saturday Morning Basketball memories. Including how he felt that he owned The Salmon on the court. Hmmm… two friends that think they own The Salmon.

Jackson nailed somewhere between 3-5 shots depending on how he retells the story. 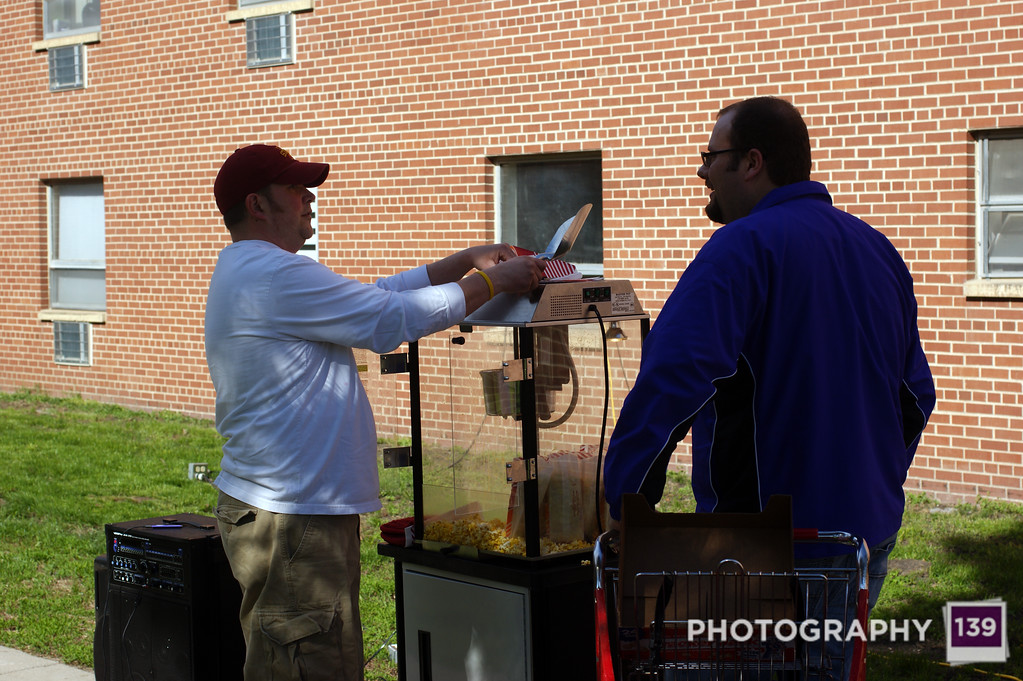 Jackson and his Mr. Freeze

Fronting for the Cyclones in Maverick Country

Shortly after we got back to the Faust Estate my phone rang. It was Jesse.

I was instantly pissed. Are you kidding me? We just hired some guy because he is super popular with the fan base even though he has NO coaching experience on any level. Was this the cheapest publicity stunt ever?

Full disclosure: I’m not and never was a ravenous Fred Hoiberg fan. He was a solid player and a nice story. His teams were okay and they went to the tournament, but they were not my teams and I could not stand their style of play. They were soft. I was and always will be a Dedric Willoughby fan. He actually won a championship. I’m sure if Pollard would have announced that Willoughby was the new coach and he was filling out his staff with Jacy Holloway, Kenny Pratt and Shawn Bankhead I would have jumped for joy. Hoiberg doesn’t do it for me like he does it for the grand majority of Cyclone nation.

“Does he have any coaching experience?”

“Not good at all”

“I guess he didn’t even entertain the idea of hiring Larry back. Well, here’s hoping Hoiberg’s NBA connections can help with recruiting. Was Pollard expecting another Paul Rhoads or something? He’ll be fired next year. This is a cheap move by hiring Ames favorite son to get fans off his back. Idiot!”

“It might be a popular move. I guess we can hope this works out.”

“Popular or not Hoiberg has some cache in Ames. Maybe he can sell to future recruits: “I got all the GMs phone numbers. If you got the chops, they’ll take my call.”

Then I got a text from Schmidt.

“They are reporting The Mayor as our next coach.”

“I feel that we are worse off now than we were on Sunday with McDermott as our coach.”

“Typical Chris response that I expected!”

“Maybe he is a quick study.”

“We won’t know for three years. Its the Hall of Fame coaching staff!”

Then Derrick called. Of everybody I talked to he seemed the most optimistic that this might work. Although he had just got off the phone with Shawn and Shawn was extremely negative about this hire. But we didn’t get a full conversation because some customer came into the store and he had to “work”.

Faust and I discussed this move for quite a bit longer. Then I headed backup to Eagan.

Nate and I went to Houlihan’s for supper and then we came back to the house. I watched Weeds with Becca until about 2 in the morning and then I went to bed.

Day 4 of vacation was still pretty great, despite the surprise Hoiberg hiring!