Here are a few pictures from Iowa State’s victory over Kansas that I watched with Derrick. 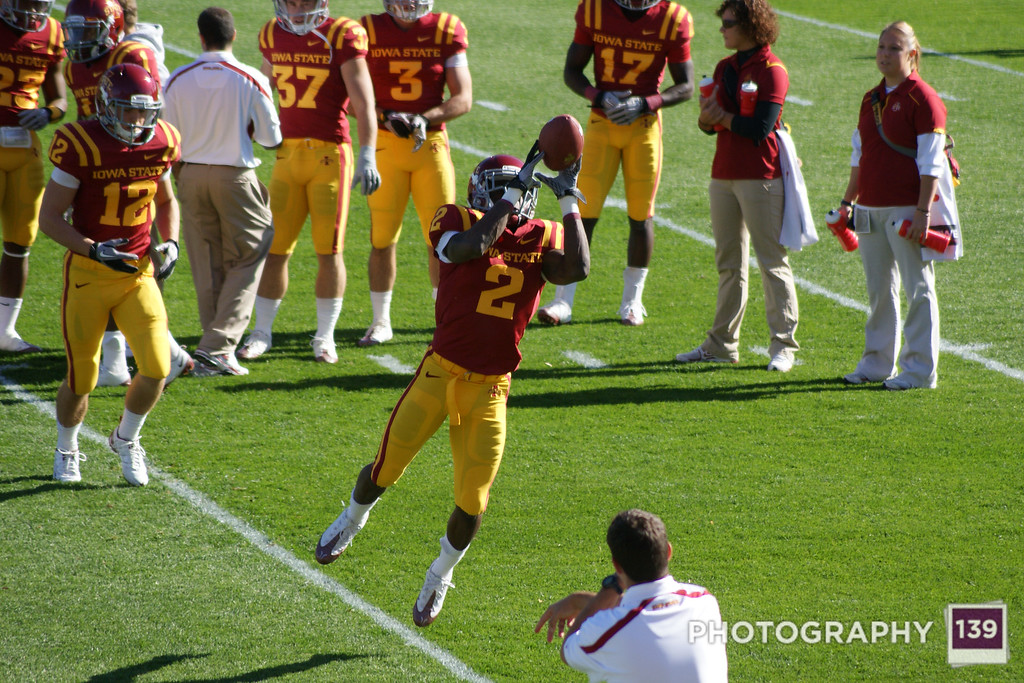 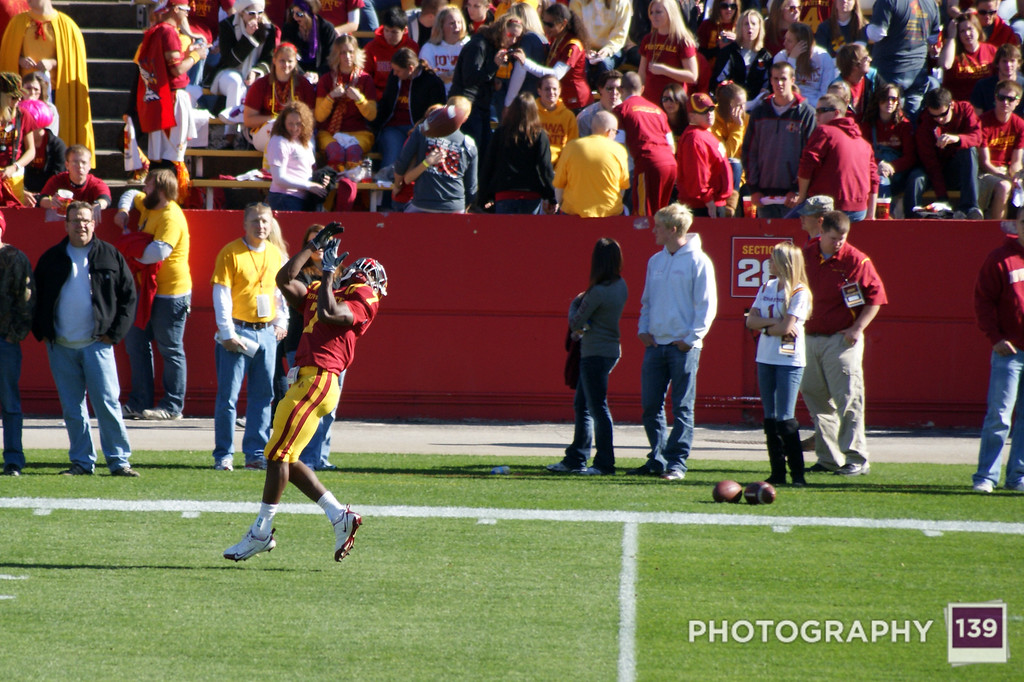 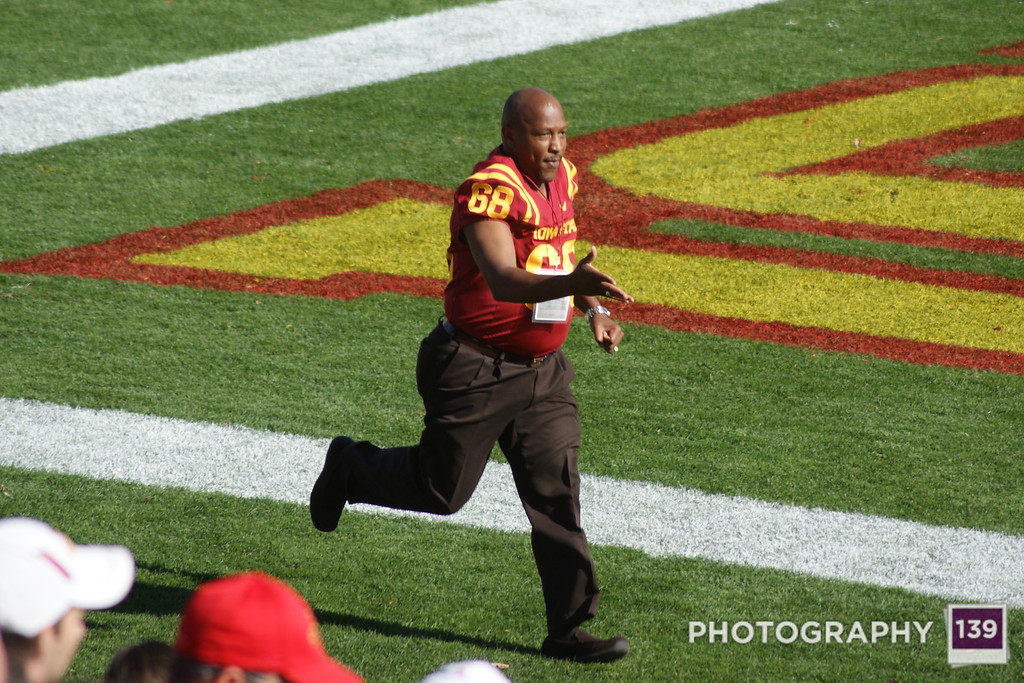 The pre-game cheer thing was a disaster. Jeff Johnson showed up late and then didn’t seem to know what he was doing. 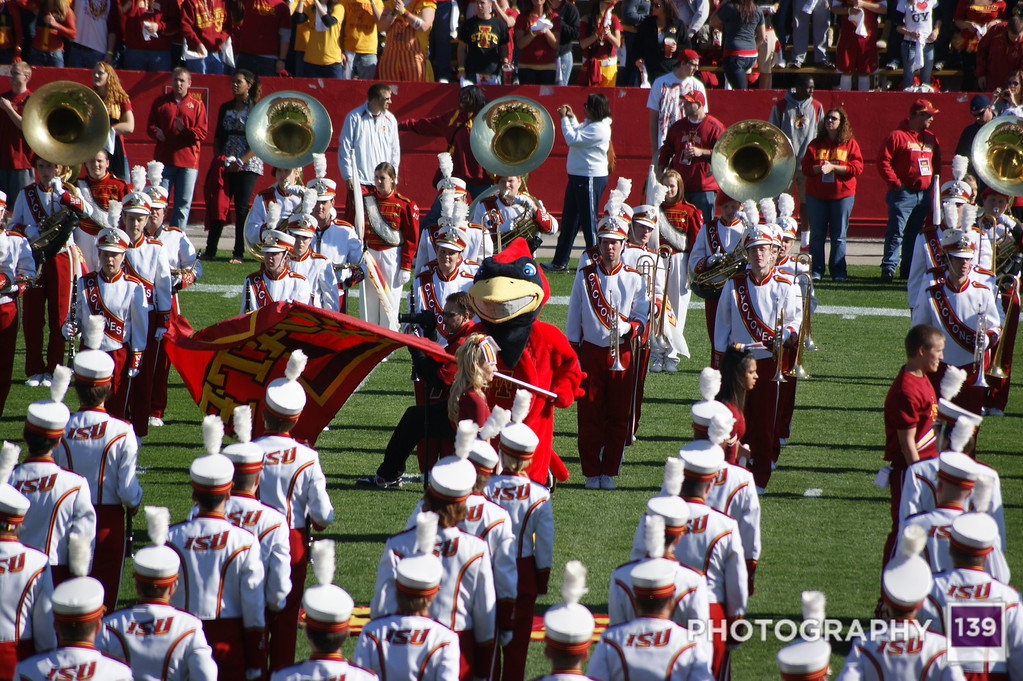 Cy in the Tunnel. 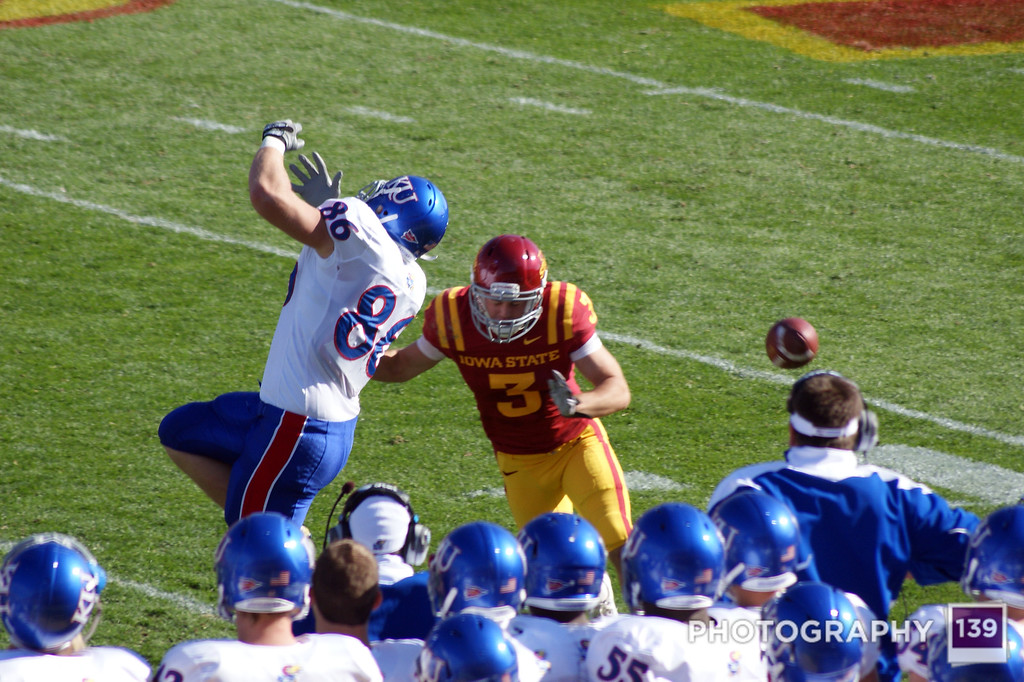 Sandvig on the Coverage 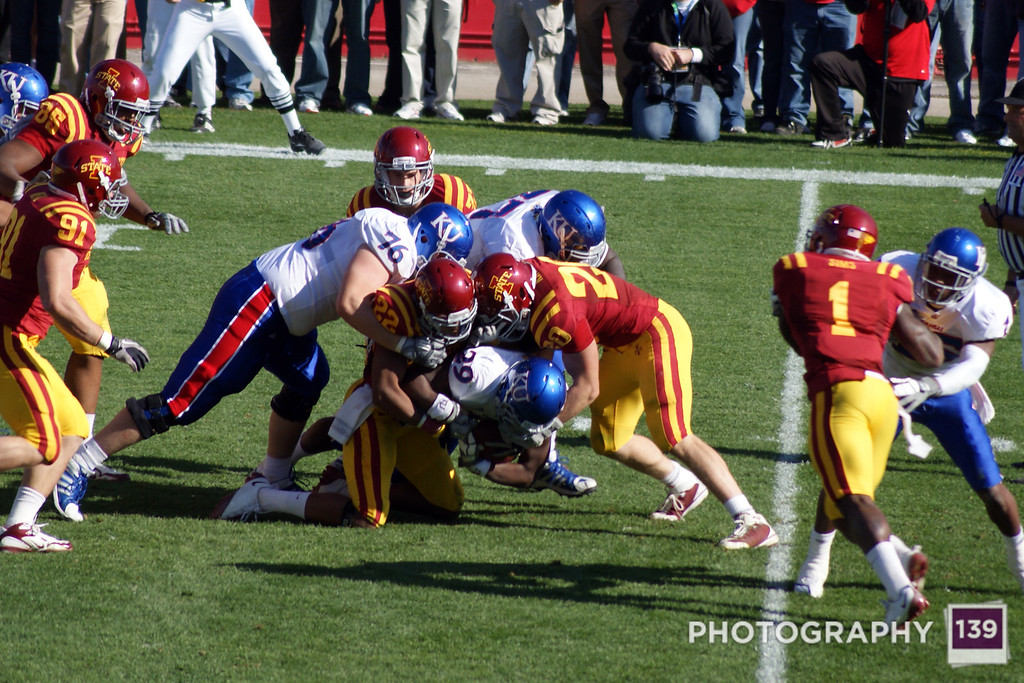 Benton and Knott with the Tackle

Lenz’s Punt Return for a Touchdown 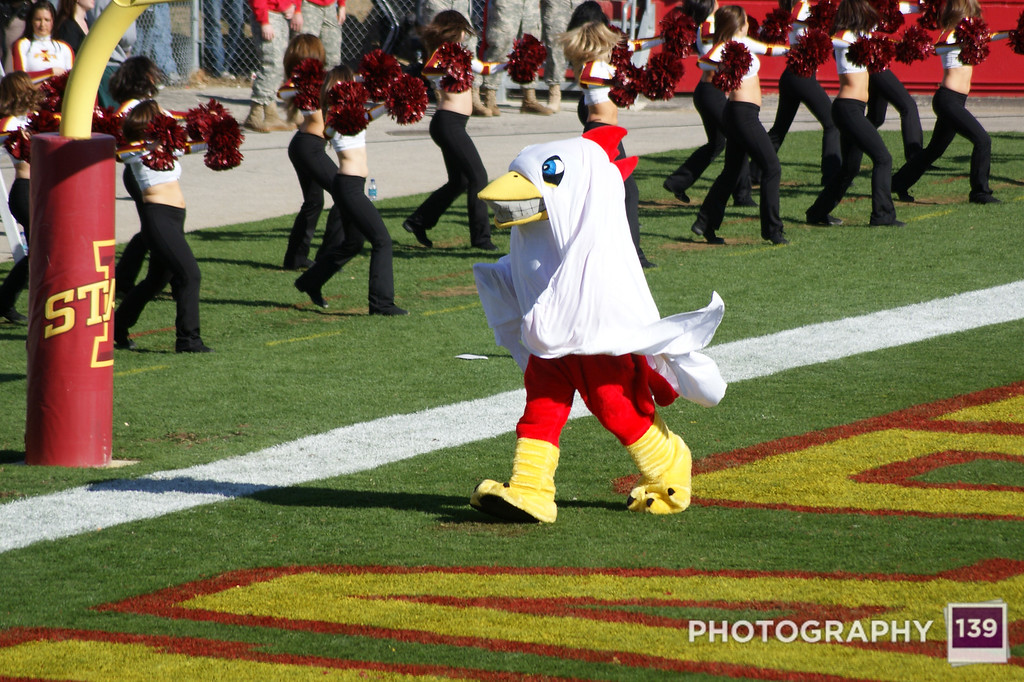 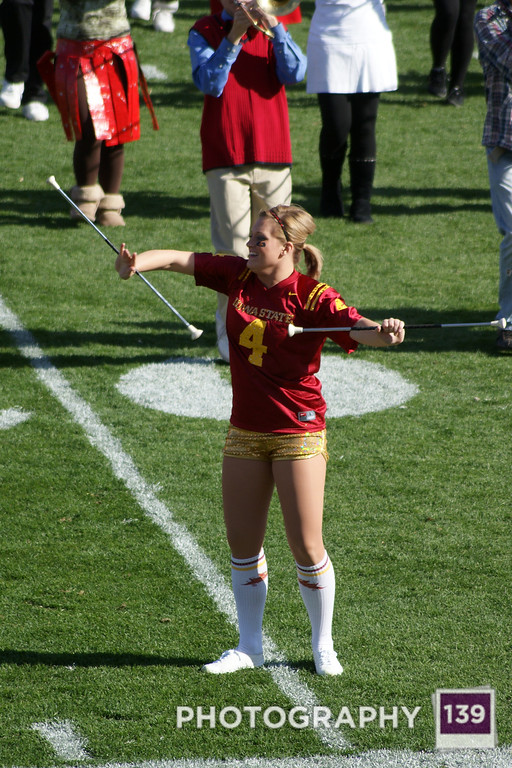 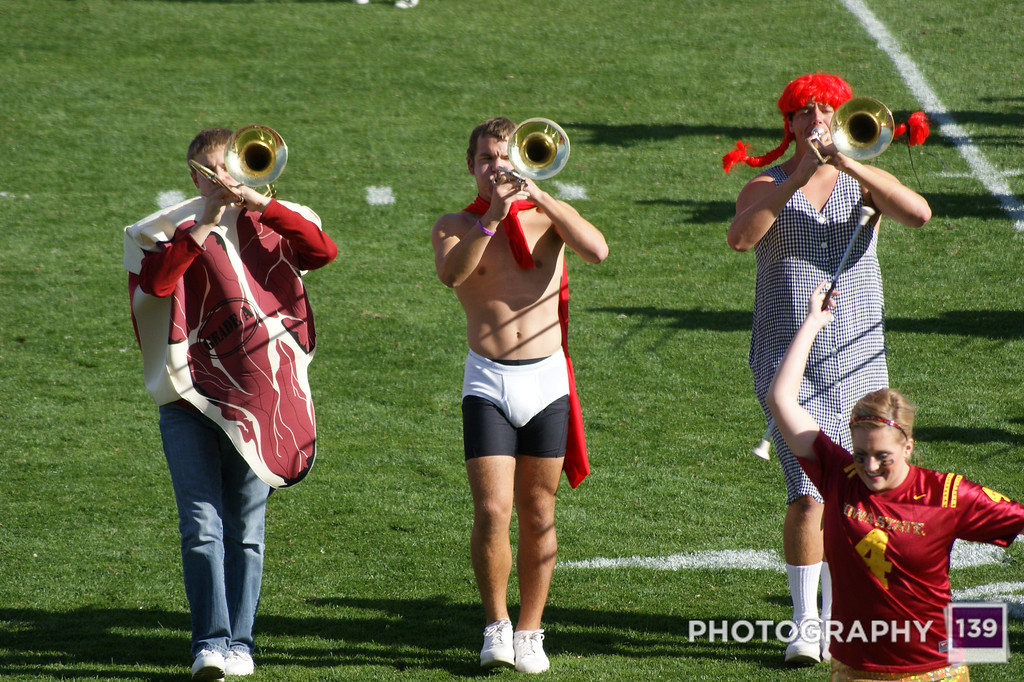 ISUCFVMB (If you have to ask what that stands for, you aren’t a real Cyclone fan.) 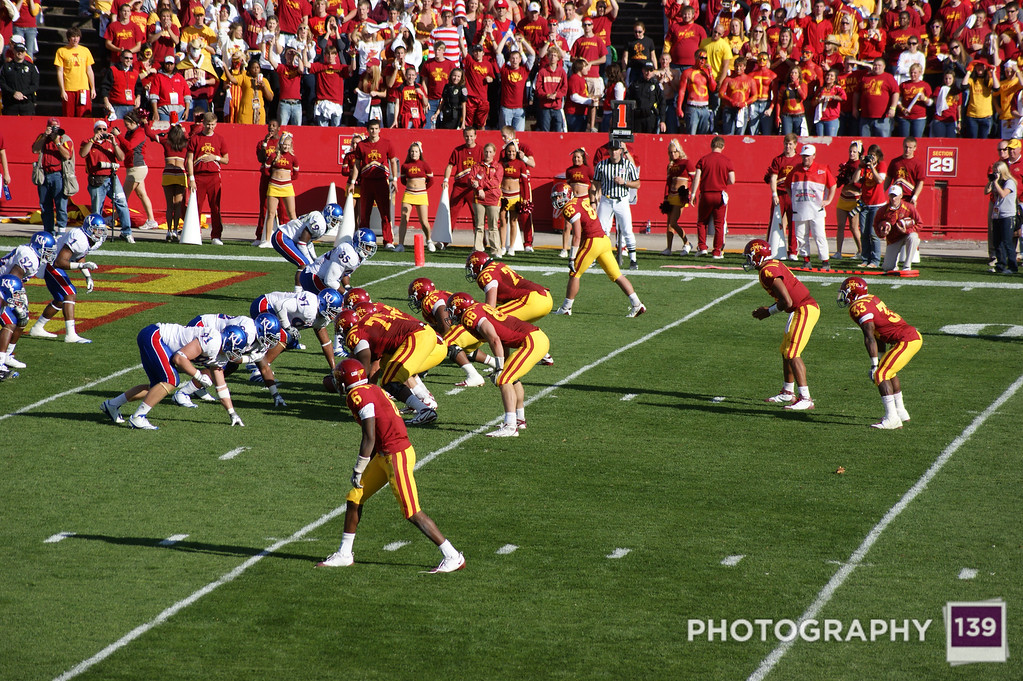 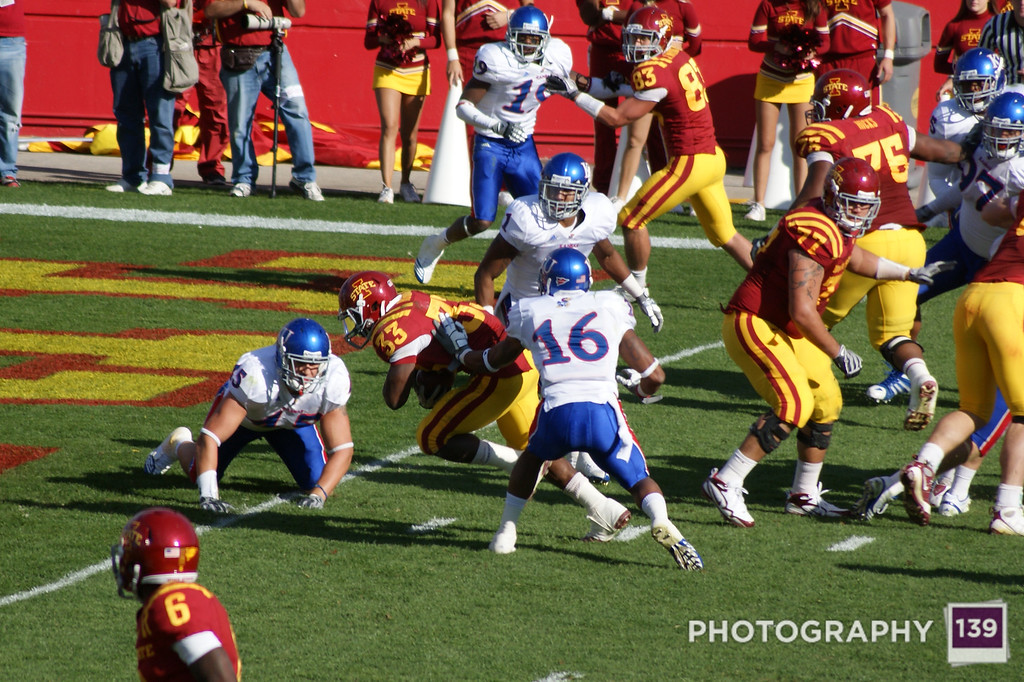 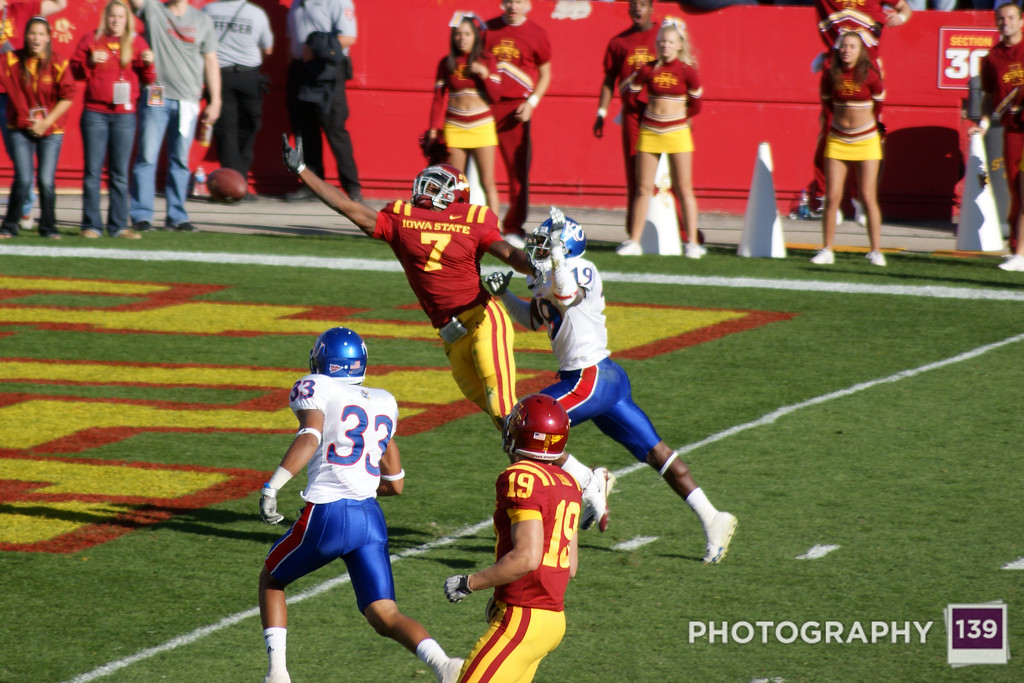 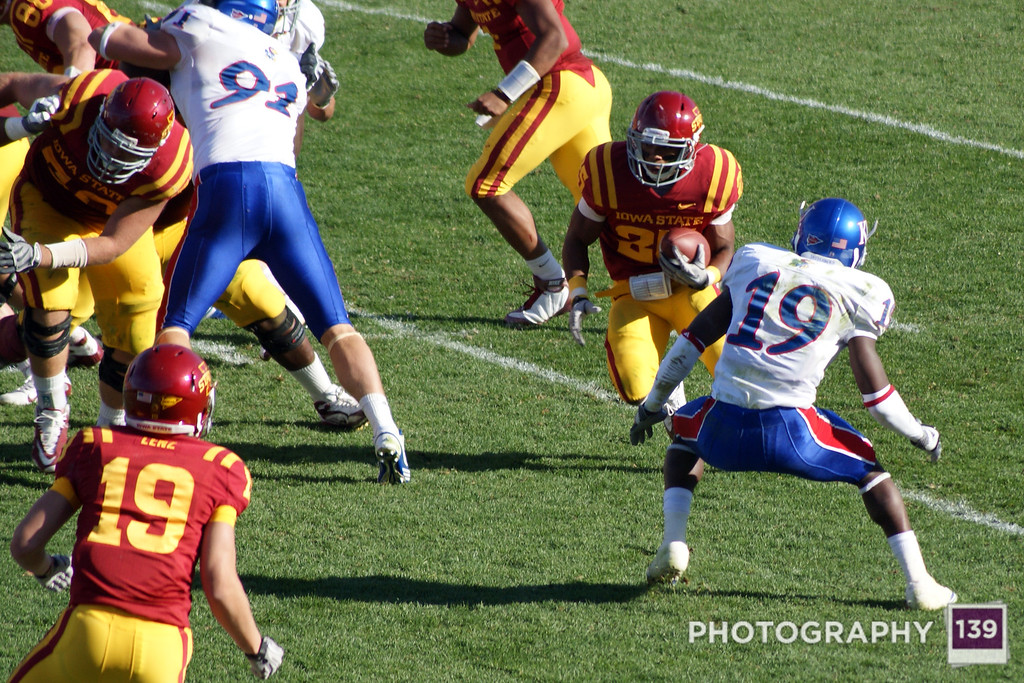 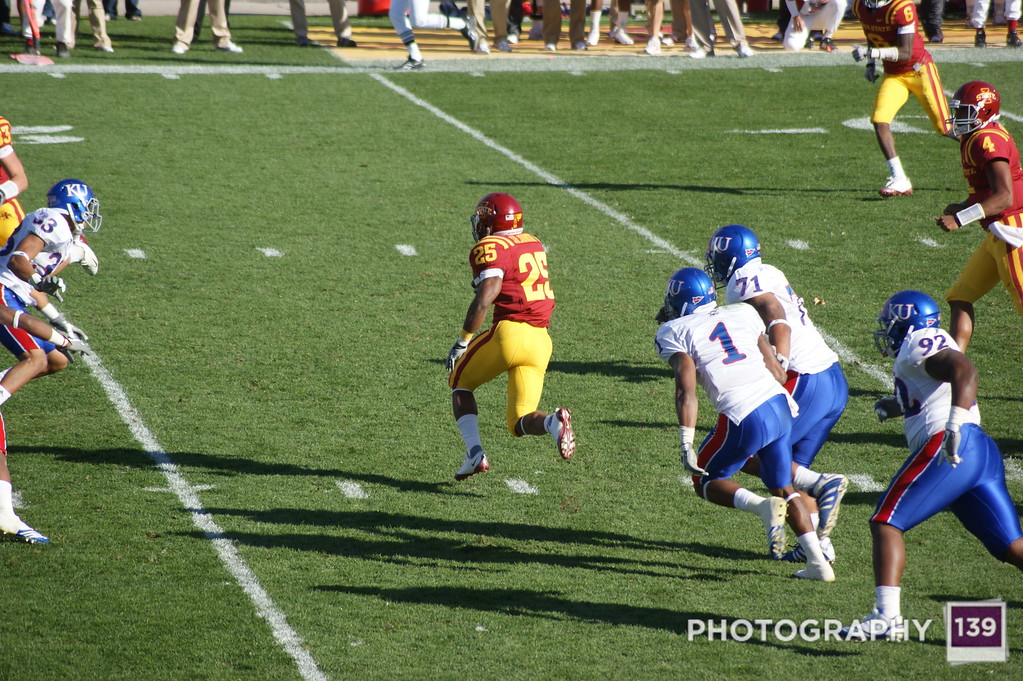 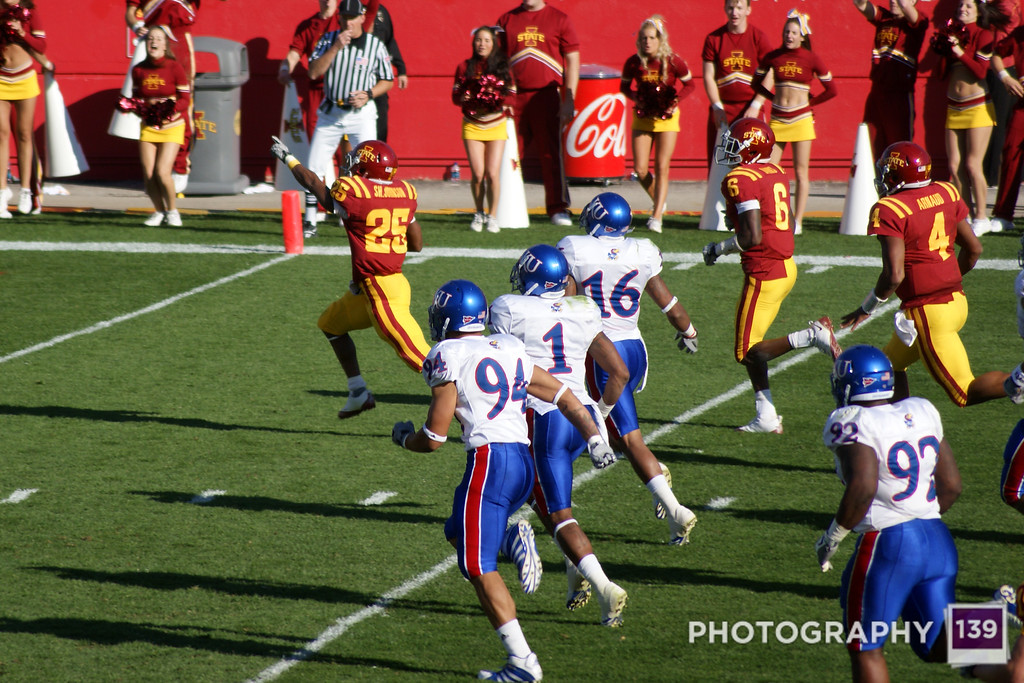 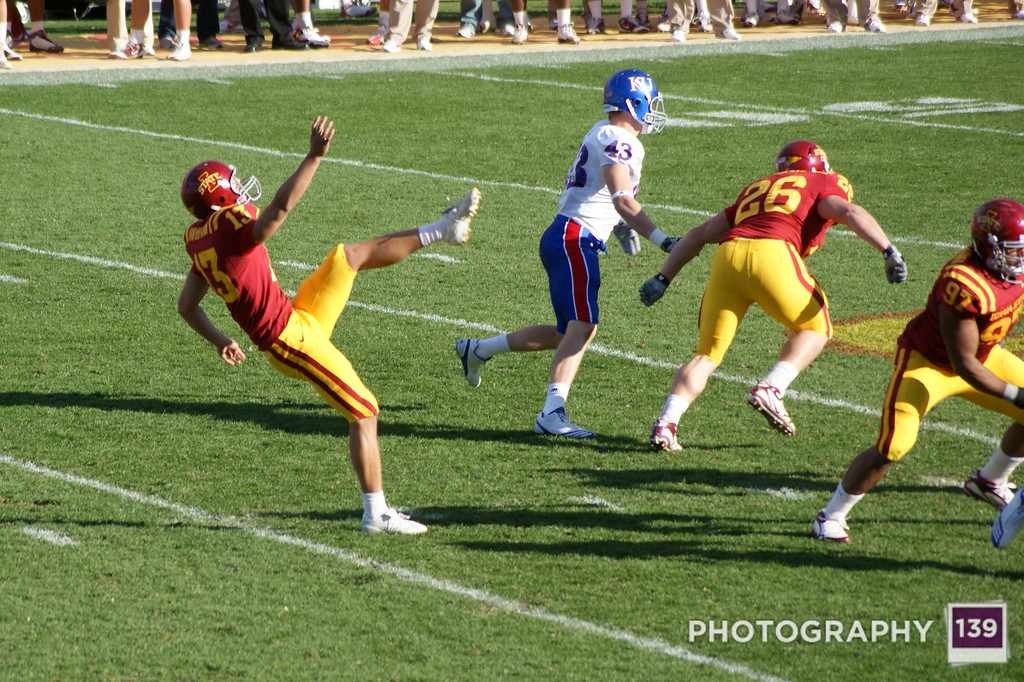 Van Der Kamp is only a Freshman, but he is already a stud. 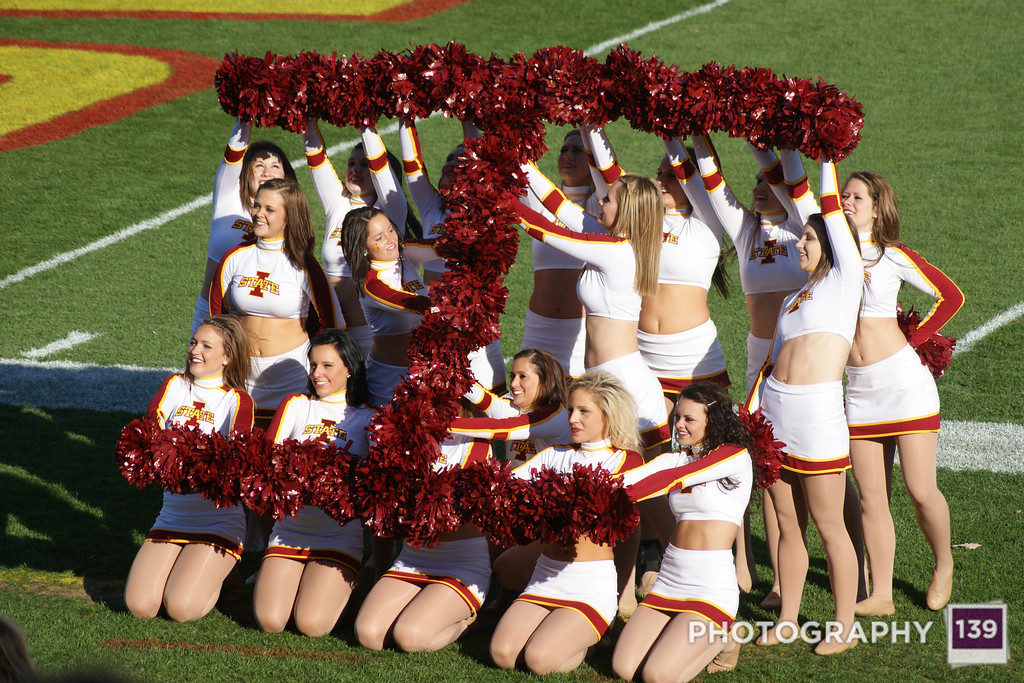 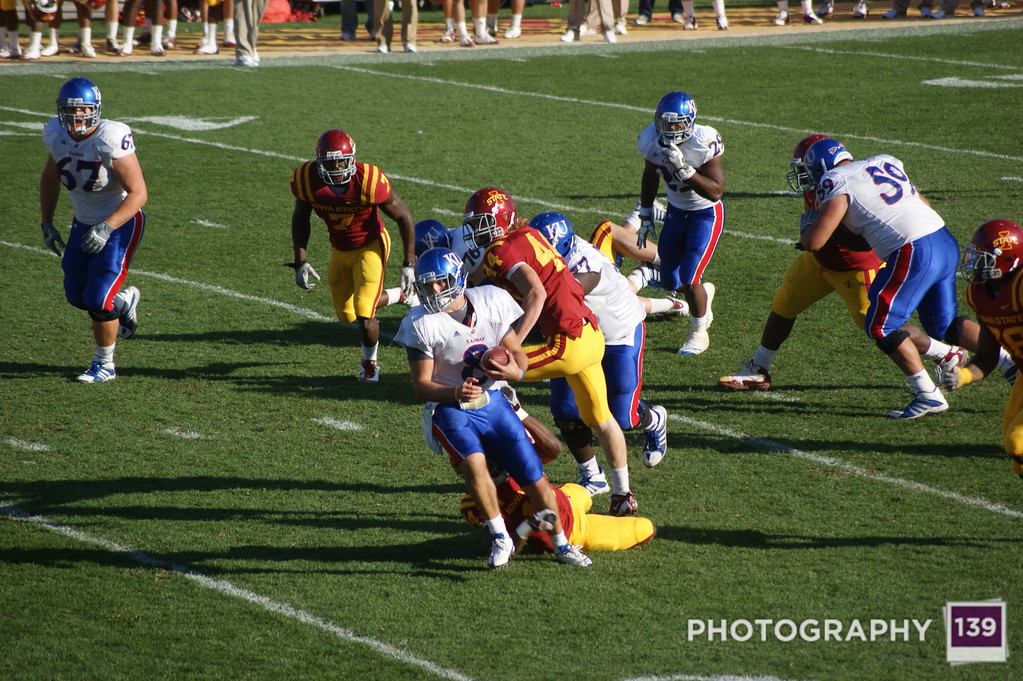 I’m hoping for a similar result against Nebraska this Saturday.

One thought on “Cyclones vs. Jayhawks”