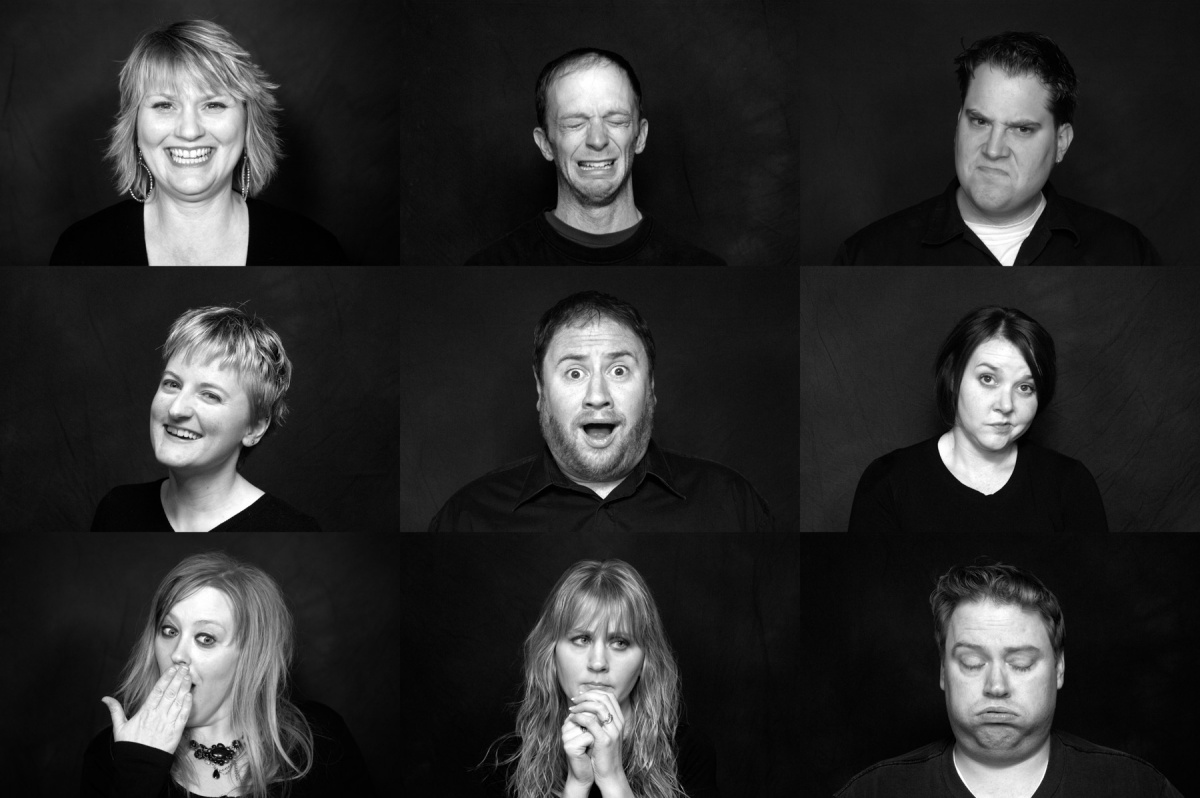 Last week I removed and disassembled the Friend Wall. It is no longer in existence. No longer do I have friends on my wall.

I picked 1 person for each emotion. I like to think that there are reasons why each person was able to best represent each emotion.

Cousin Amy lives the joy of a life where she was told a diagnosis of her child by their doctor and told the doctor, “I don’t think so.” Then she went out and proved the doctor wrong.

After the events of the last couple weeks, there isn’t a reason to cover this one.

As hard as it is to believe, Derrick was the single angriest man I ever worked with when we were employed at the Boone Outpost of the Evil Clown Empire. I have numerous stories of him in my mind throwing searing tools across the room and punching things and telling the Store Manager to do unbecoming things to his anatomy that most people simply wouldn’t believe happened. Although once he was off the clock, he was the Derrick that everybody else knows.

When I think of Shannon I think of somebody that is amused by the simple things in life. Of course, that is the best way to be.

Back in the days of Saturday morning basketball, I saw this look on Jesse’s face quite frequently. Pretty much any time he stood between me and the basket this look crept upon his face as he knew he was about to get embarrassed.

This one doesn’t really fit. Jen isn’t a jealous person and has very little to be jealous about. She has a great husband, a great kid, a great family and great friends. Basically she has all the right ingredients for the recipe to a happy life. I’m guessing that perhaps this is Jen showing off some long dormant acting skills. Perhaps she should pursue a role in one of the area community theaters. I know Jen LOVES community theater.

While Sara is one of the most intelligent and best educated people I know, she lives life in a manner where whatever comes down the chute next is a gift and she seems genuinely surprised by it. While that might now seem like it is a compliment, I think that this is one of the best compliments I’ve ever given anybody. To live life with such unabandoned joy is a great life.

Jill fits sympathy so well as she has one of the best hearts of anybody I’ve ever known. She would tell you (yes we’ve had this conversation) that it isn’t that her heart is better than most people, but it is the fact that artists (Jill is an amazing flutist) are lead through life with their heart. While this is true, it doesn’t alter the fact that the first thing you notice about Jill when you meet her is her heart.

I’ve always felt that people that are “bored” are boring people. Jay is a lot of things, but he is not a boring person. However, that doesn’t mean that I’ve never seen Jay bored. Being the closest of friends with Jesse, Willy, and I he has been subjected to more sporting events than many wives and girlfriends. Usually this is the look that glosses over his face right before he taps out and goes home to do things that interest Jay.

I also asked all of my models to pick out who they thought did the best job with each of the emotions. I gave extra credit to the people who were able to pick 9 different people for the 9 different emotions.

Here is the feedback I got fed back. In the order it came back to me.

Next week’s Personal Photo Project with involve that most magnificent of creatures… the turkey.

4 thoughts on “Personal Photo Project of the Week #70”