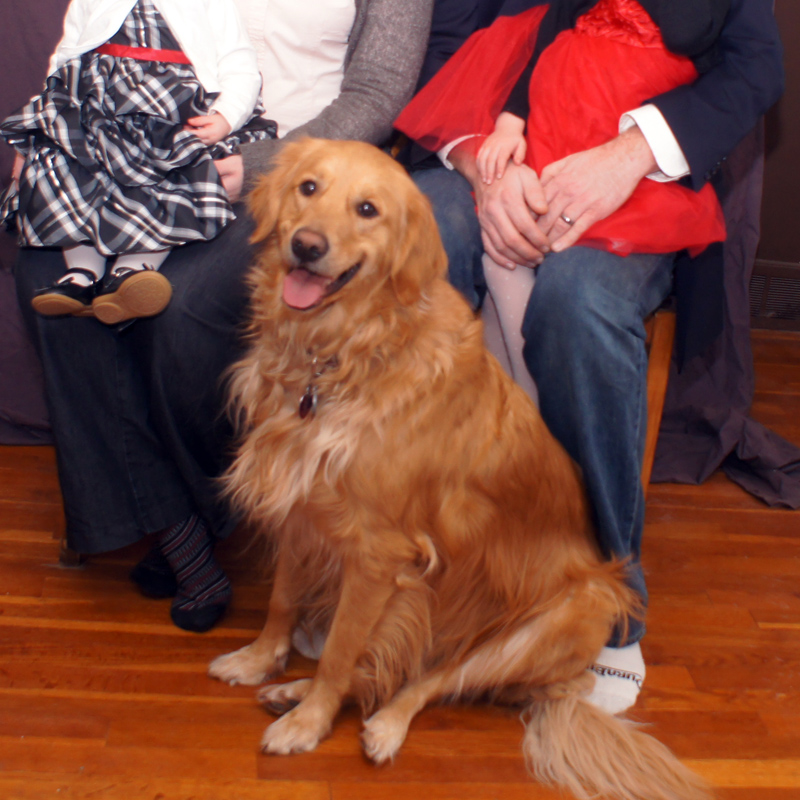 I don’t publish the pictures of families I do for Christmas cards before Christmas because I don’t want to ruin the surprise of anybody that may be getting a Christmas card.

But today is Christmas, so I am going to release one picture, with a little bit of back story.

I normally do all of my studio photographic work in the small studio that I have cobbled together in the basement, but that studio is currently in disarray due to a basement shuffling project I have been working on for at least 8 months.

Because of that, I transformed by dining room into a makeshift studio to take a picture of the Gorshes.

One of the benefits of having the studio in the basement is that Naima is afraid of the basement. She stays out of the way.

But, I wasn’t overly concerned about her getting in the way because she isn’t overly fond of having her picture taken.

But, when the Gorshes were all set up for their pictures, Naima ran into the picture and posed herself.