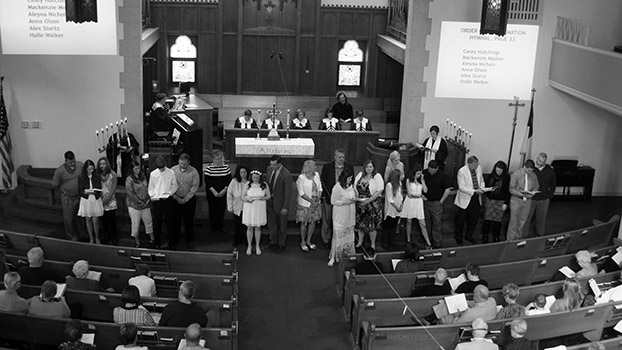 Last Sunday was Confirmation Sunday at the church. I wasn’t directly involved in the confirmation process, but my morning was filled with church activities.

However, what matters to this post is the PowerPoint part of my day. Since I was running PowerPoint, I was up in the balcony. I don’t normally take photographs during worship service, because the people around me consider it to be a distraction.

However, since I was in the balcony and since Alisa is in Haiti doing God’s work (similar to the time I went to fake Haiti, but with less time laying on the beach and bartering over hat prices I’m sure) I decided to snap a few photos, so she could see them on her return. I’d just like to say that the two confirmands that read their Personal Faith Statements to the congregation were VERY impressive! If I had a transcript of their words, I would’ve published both of them.

2 thoughts on “Can I Get Confirmation?”