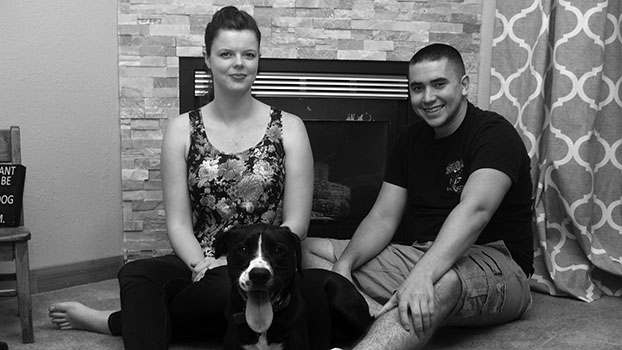 Recently Elainie came home for Alexis’ graduation. She brought with her Josh and their pooch Lucy.

We got the pleasure of Elainie being home for a week, but Josh had to leave after a day for he was deployed to Gitmo. It will be a long 9 months for Elainie.

I was recently thanked in the foreword of Anders Runestad’s book (I CANNOT, YET I MUST) on the making of one of the worst movies ever made. What movie is the book about?

I’ve been in many clubs over the years from the Dawg Pound to Nature Squad to Hoodie Club. However, only one fake band. What was the name of the gastronomically monikered fake band name that featured me, Rick Poore, and Derrick Gorshe that fake rocked the Boone Outpost of the Evil Clown Empire in the mid 90s?