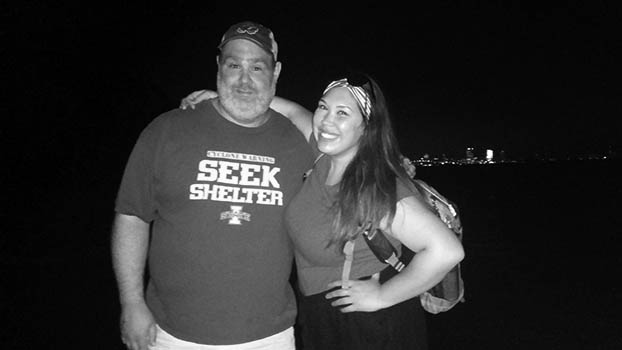 I thought I was going to write a really long breakdown of my trip to Milwaukee with my church’s youth group for Mission Work.

Instead, I think I’ll settle for a description with each photo. Maybe I’ll be more ambitious with Volume 2.

Halfway between Madison and Milwaukee, we found a Pizza Pit. Just like home. 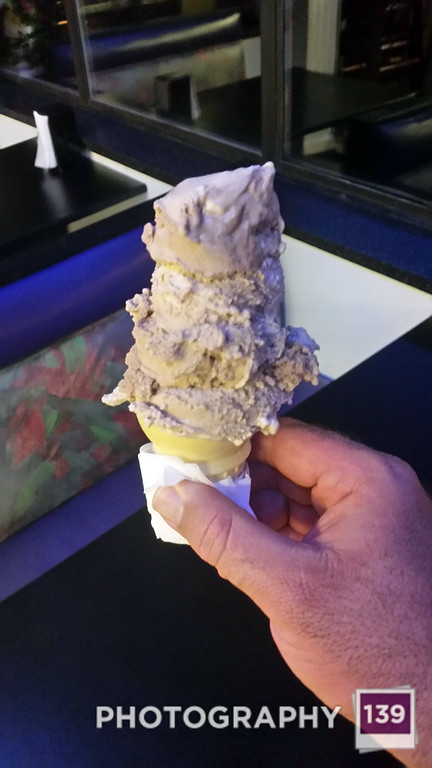 Across the street from the Lutheran Church we were staying at was a Greek restaurant that sold frozen custard. Not fooling this cone cost me close to $5. They didn’t always give change either. 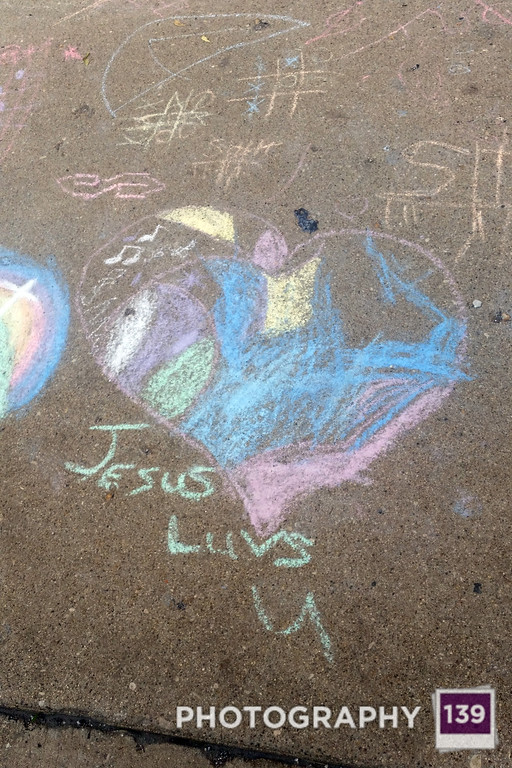 Found this sidewalk art at our first stop Monday morning at Adullam Outreach. This was an outreach program named after the cave where David spent his exile. 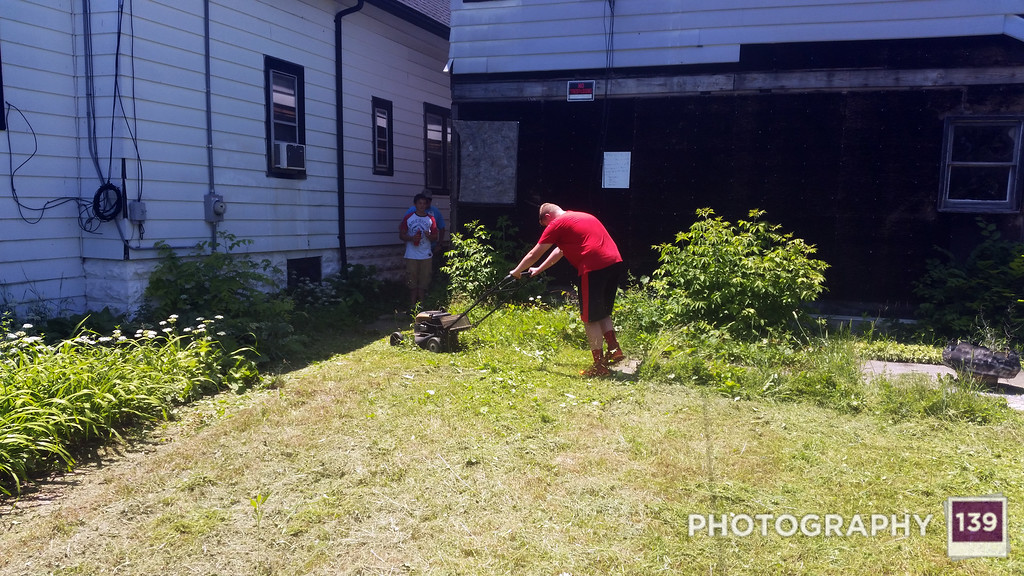 One of the good and bad things about Youth Works is that break your group up into groups with other churches. My group consisted of 3 kids from Boone and 1 adult and 2 kids from Louisville, Kentucky. Our group worked all 4 days at a low income nursing home. They owned property across the street from their main facility. They had us mow that property. Going by the height of the weeds and the amount of garbage, this seemed like the first time they had been mowed all year. Wyatt is pictured mowing. 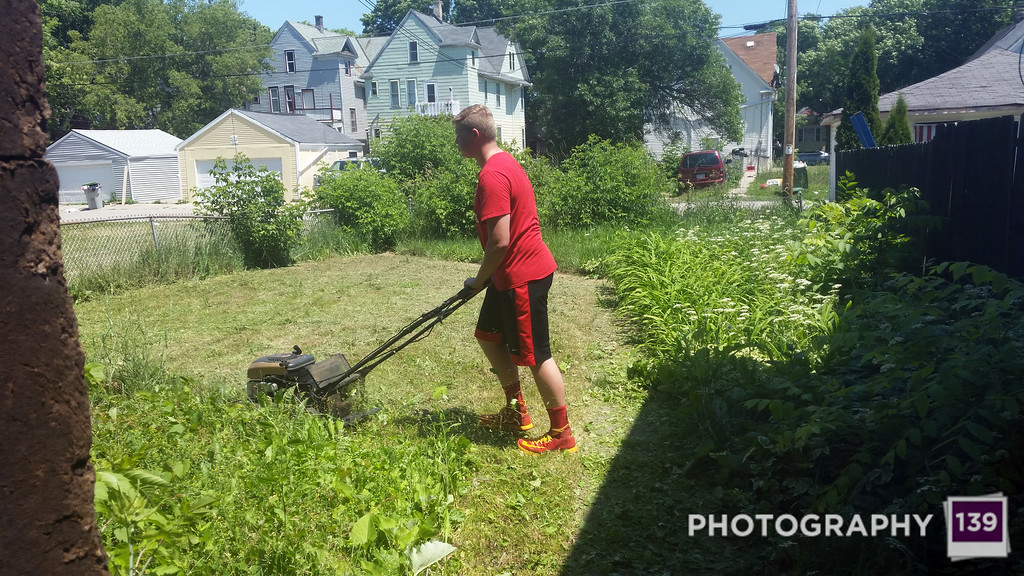 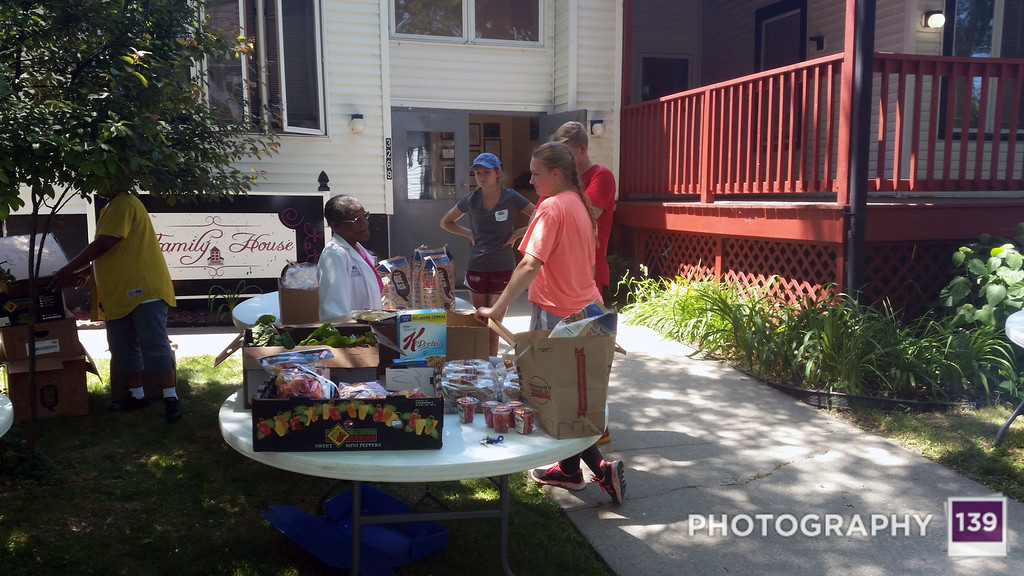 On Monday the low income nursing home (named The Family House) had a free food giveaway on their lawn. They have food donated to them by Aldi and Wal-Mart. Pictured is Cordelia Wallace, the founder of Family House. 80 years old and a house of fire. She is telling her story to Megan (who’s spirit animal is Shakira), Wyatt, and Elizabeth. Elizabeth is from Louisville. One of the things we did was go door to door in this neighborhood knocking on doors to tell people about the food giveaway. It might go without saying, this was not a nice neighborhood. Nobody answered their door. Although we did tell some random people on the street about it. 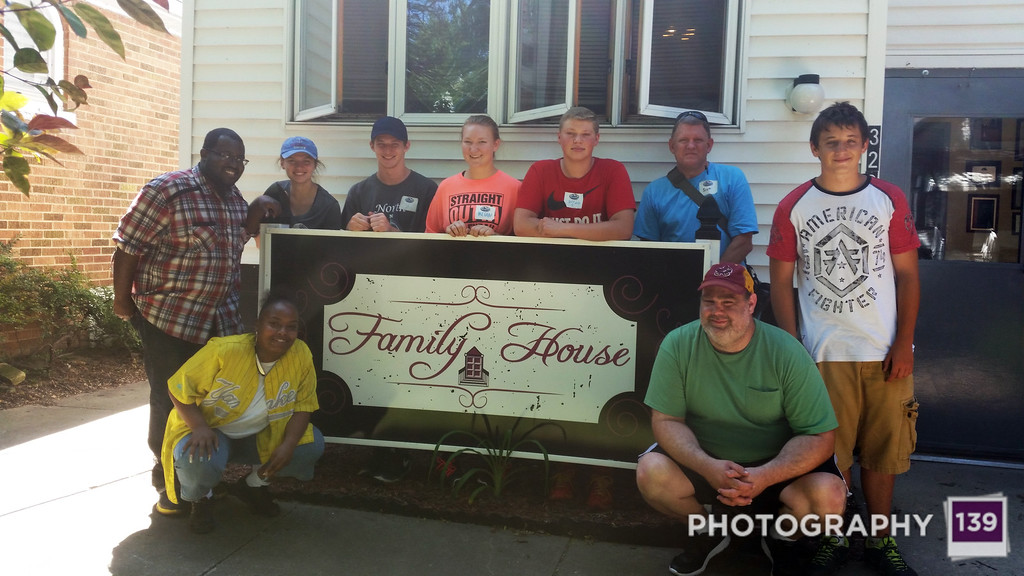 Our facilitators at The Family House were Cornelius and Latoya. Can you pick them out of the picture? Latoya showed no team loyalty by wearing just about a different team jersey every day. Cornelius is a bad Prom date. More on that later. The guy in blue is Scott. He was the other adult chaperone from Louisville. He was a good dude. A little daffy, but a good dude. He is also in the FBI. The male kid that isn’t Wyatt or David is Jay. Real name James. But he goes by Jay. In the unabridged version, I’d have a lot to say about the dynamics of this group. The important thing to know is that when I job needed done, they banded together and got stuff done. 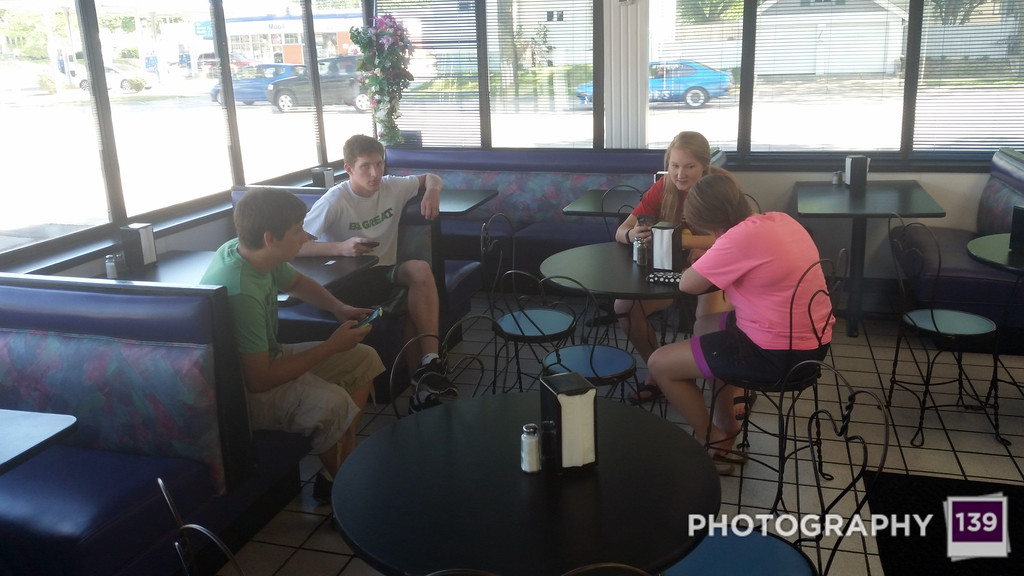 After we were done with work for the day and had showered, we went to the overpriced frozen custard place. Anna is the youth that hasn’t been identified up until this point.

Monday night was a free night. We started our free night at the park across the street from our home for the week. 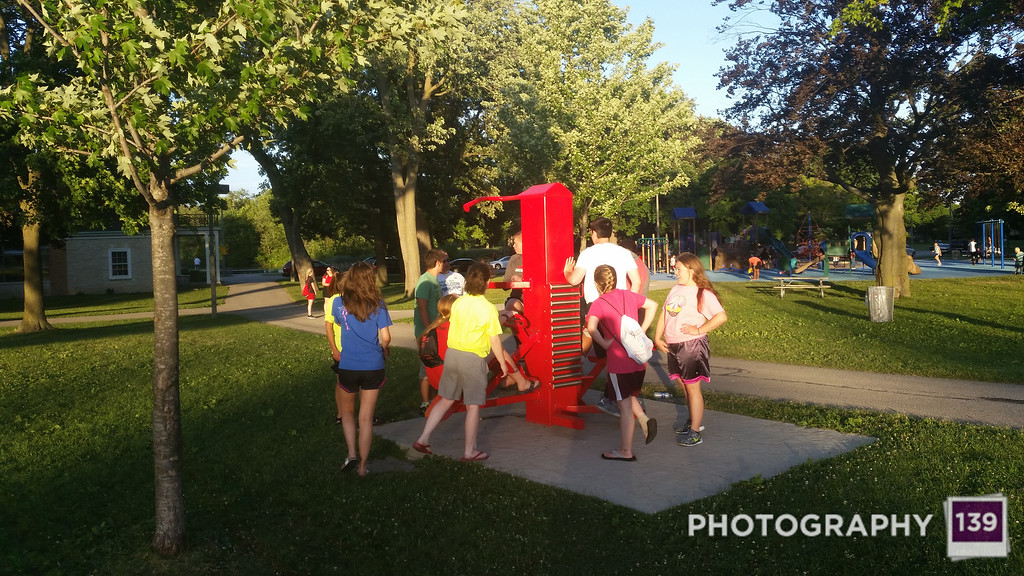 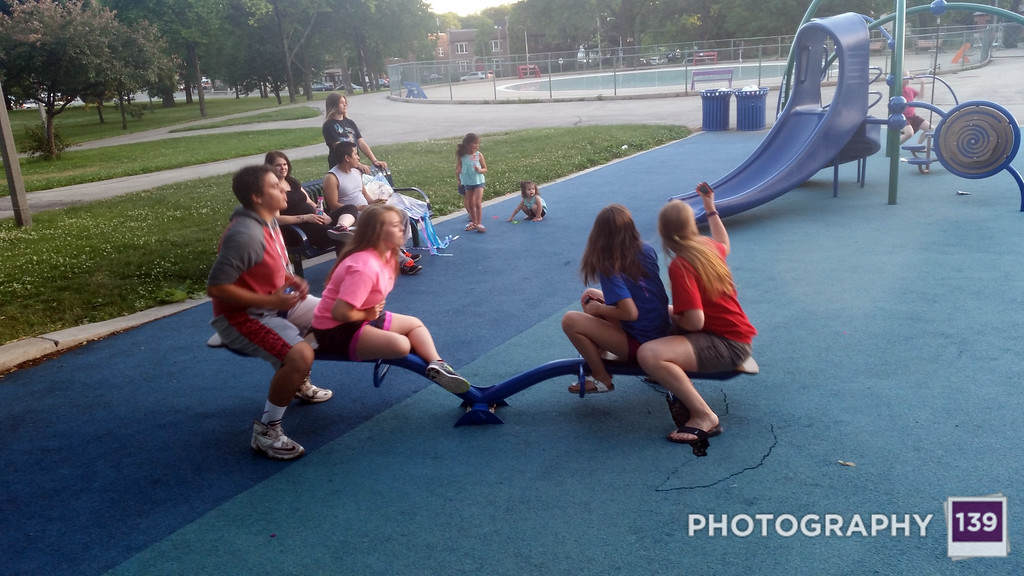 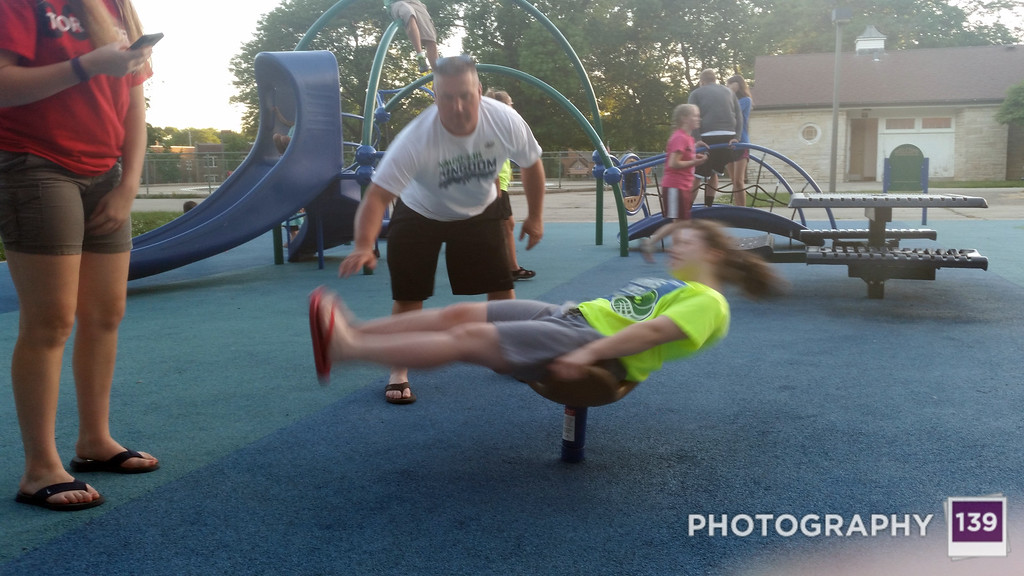 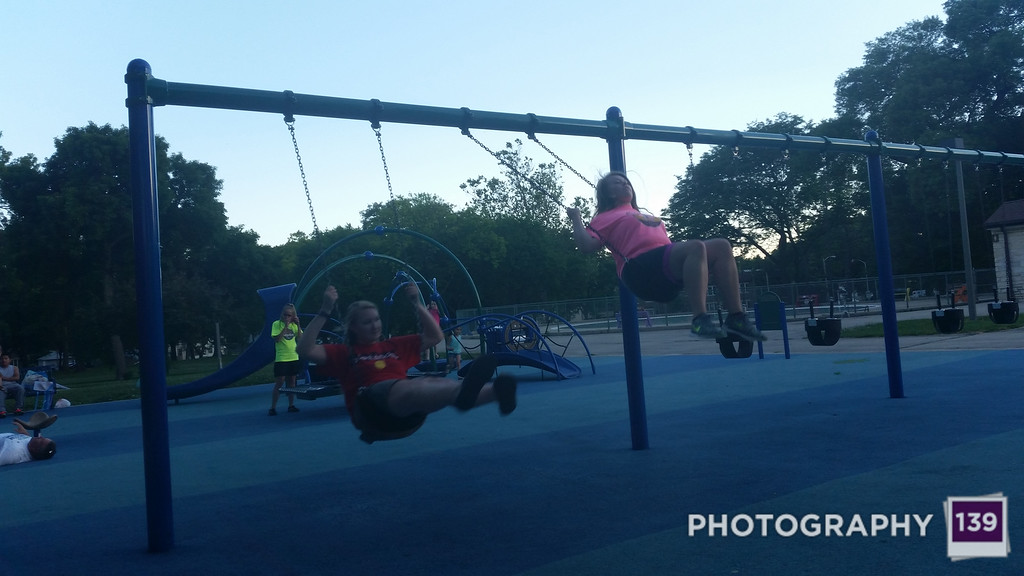 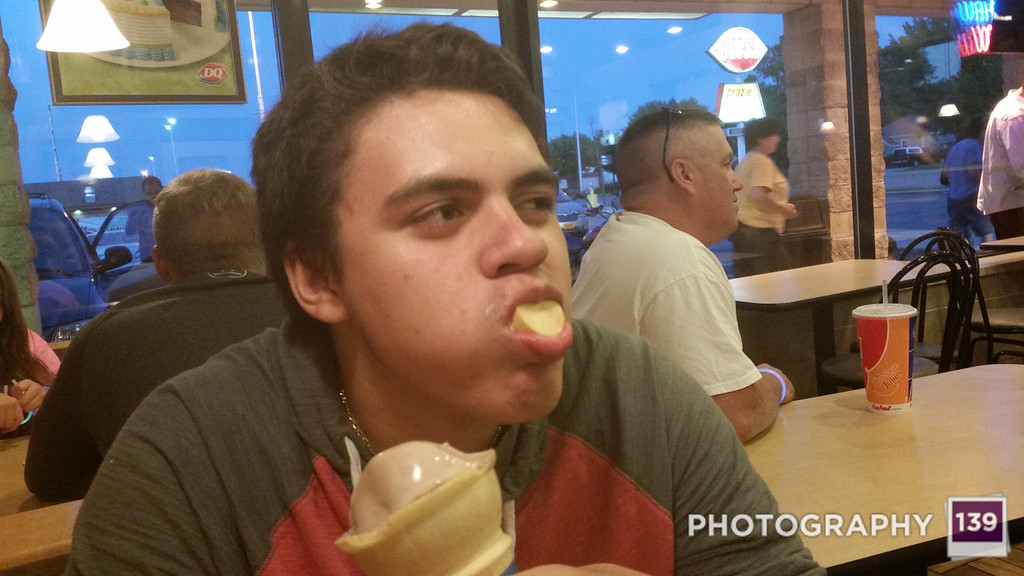 After the park we went to Dairy Queen. Alex showing off his ice cream eating form.

After Dairy Queen, we went to a park on Lake Michigan and watched the sun set on the Milwaukee skyline. 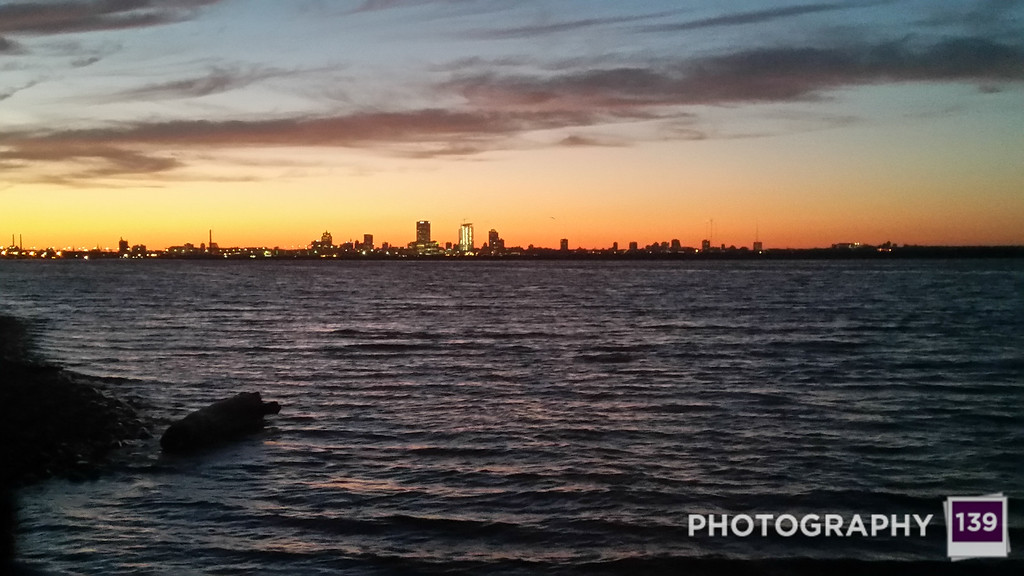 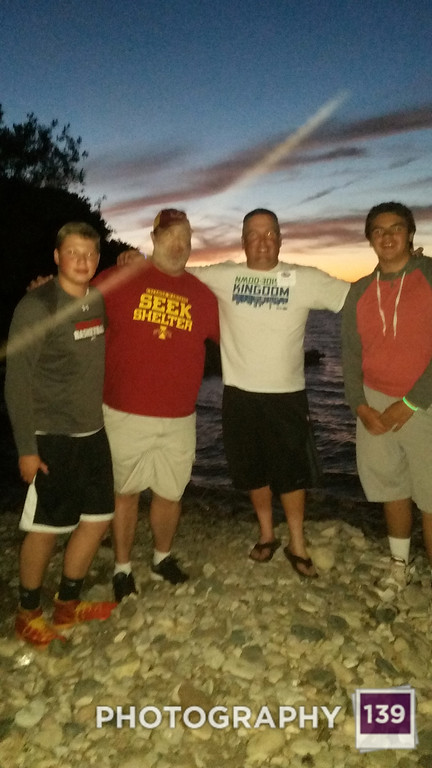 Attempt at a guy photo. 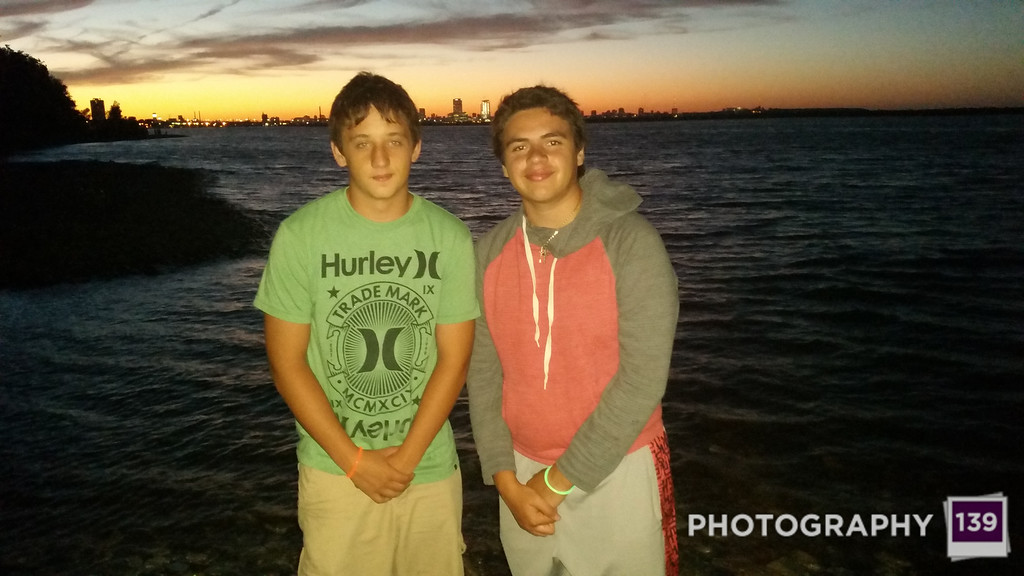 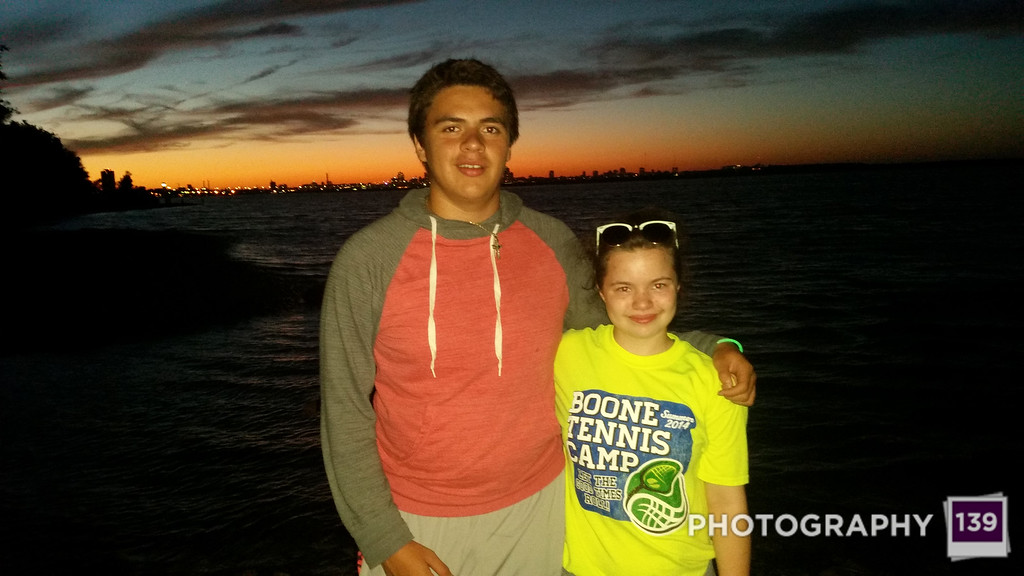 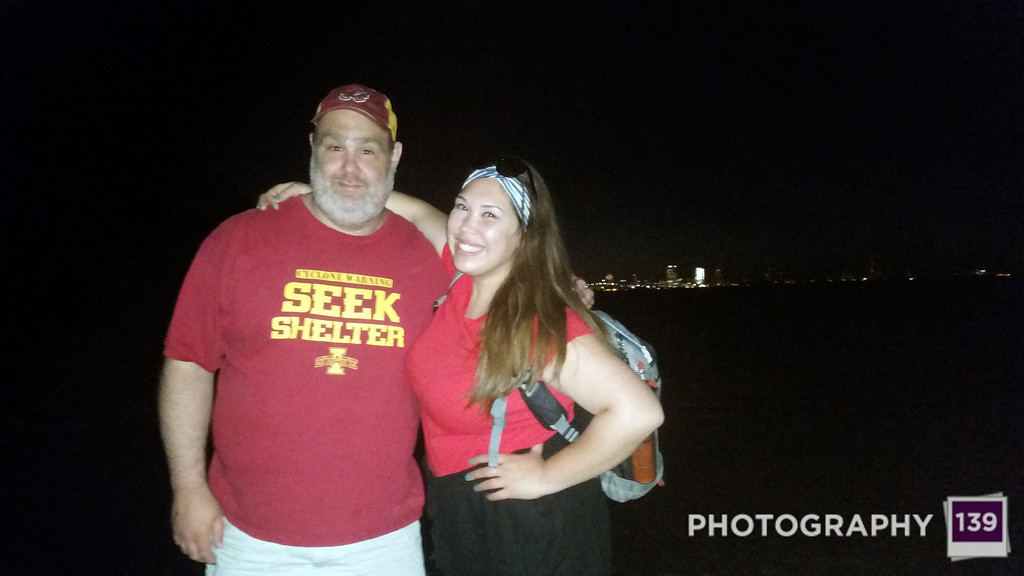 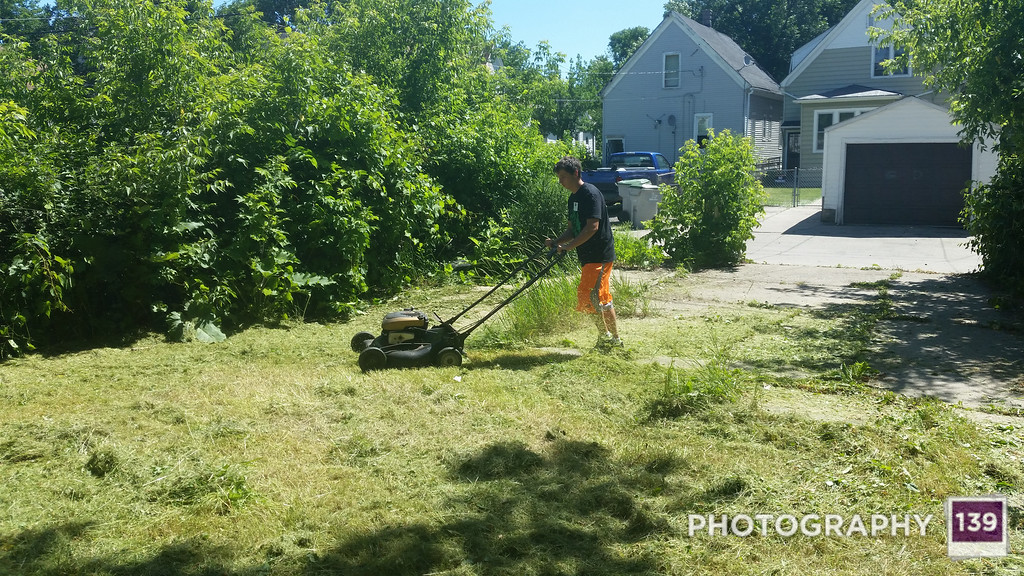 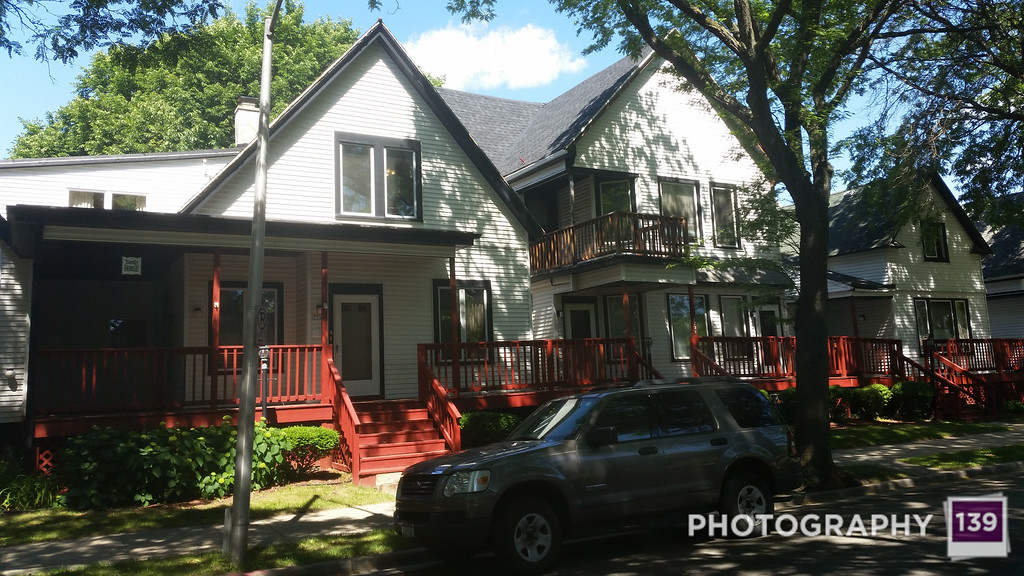 The Family House. The Family House was actually a nursing home that Cordelia Wallace started out of her own house where she raised 8 children. Most of the other houses in the neighborhood were drug houses. So she slowly acquired them and added them to her facility.

Street view. Cordelia worked at a nursing home. She had “ideas” on how to improve the life of the residents and took her suggestions to her bosses. They smiled politely (maybe) and then told her that they get paid to do the thinking. She gets paid to do what they tell her to do. She cried all of the way home. Then complained to her husband. After listening to her, he stopped her and said, “Listen, you can complain about it or you can do something about it. But if you don’t do anything about it, I’m done listening to you complain about it.” She did something about it.

I often find that areas our Youth Group go to do mission work aren’t ready for Iowans. Iowans work. On the start of Monday they took us up to a room and told us to organize it. They were planning on turning it into a kids center. We organized it in 45 minutes. Their jaws dropped open. They told us that they were expecting that to take us all day. The previous week they had had 2 youth groups there working. We had accomplished more in 45 minutes than those 2 youth groups did in a week. So they had us start painting the floor. Pictured is Elizabeth and Megan putting a second coat on the floor.

More on this trip soon. Even though I can never tire of talking about it. Mission Trips are hard to talk about to people back home because there is no way to put into words to describe the transformation that happens.

They mostly look at you and say, “Oh. You painted some stuff and served food at a soup kitchen. That is nice.” It is so much more. That is why I would argue that anybody that is a believer should commit themselves to at least one act of service a year. Whatever, that might be. Putting up drywall for Habitat for Humanity. Serving dinner at the local homeless shelter. Anything you can do to help somebody else. I’m telling you, do it!

I should stop rambling, because there are quite a few blog subscriber birthdays today. I’ll go youngest to oldest: 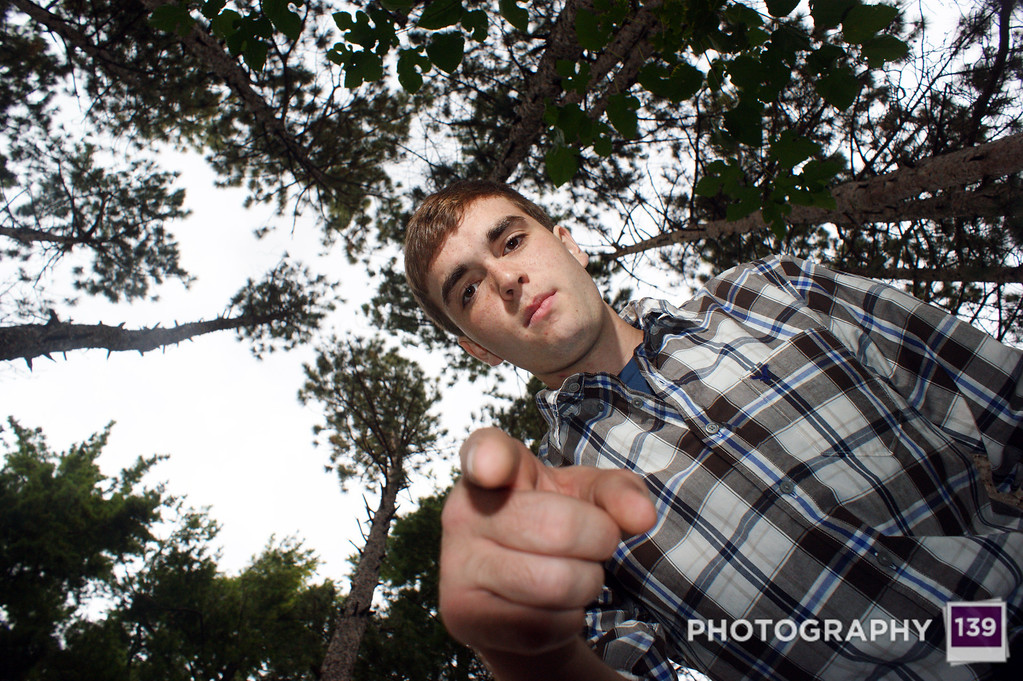 I hope all of you have amazing birthdays!