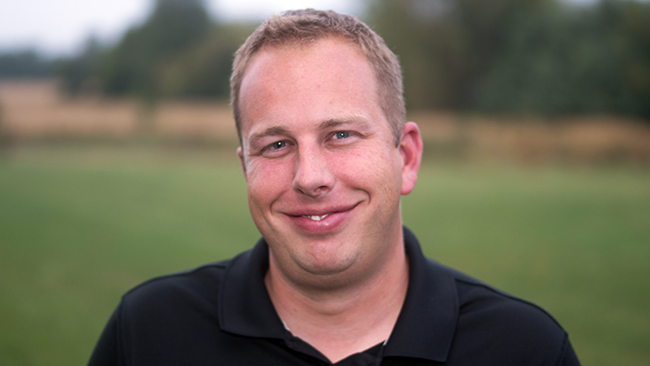 Stand by for NEWS!!!

For the first time in (well I’m sure it has been a really long time) I am using the full power of this blog (COUGH! COUGH!) to endorse a political candidate for public office.

Take a look at his flyer:

You may be asking yourself, “Do I live in Ward 5? I want to vote for Scott Degeneffe RIGHT NOW!!!!”

While I agree that he is a person, a candidate, that is worthy of such passion, but you only live in Ward 5 if you live West of Division Street, North of Park Avenue, East of Montana, and South of 9th Street.

But just don’t take my endorsement. Come to the “Meat” and Greet next Sunday from 12-2 to meet the man. Take him around the block. Kick the tires. Look him in the eyes. Then go make plans to vote for him on November 7.

Don’t worry, this won’t be the last time you’ll be hearing about this… And I’ll see you at the Herman Park Pavilion next Sunday!

Special thanks to Michelle Haupt for snazzing up the flyer.