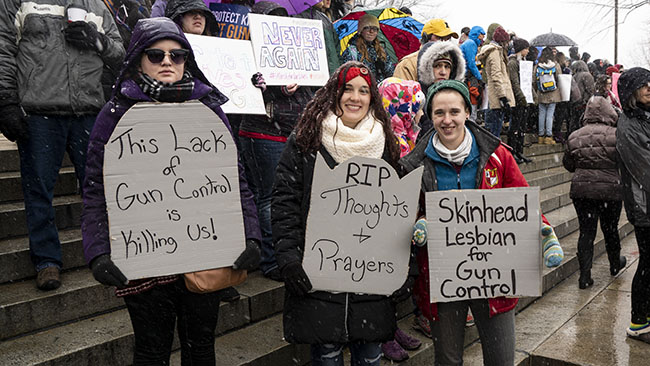 In case you don’t follow politics closely, one of the leaders of the March for Our Lives Movement is Emma Gonzalez. She is a survivor of the Parkland shooting in February. She has a very short haircut. Her sexual orientation is none of our business.

You may remember her from her March for Our Lives Speech for its 6 Minutes of Silence. You can watch it by clicking on the link below:


A Republican (surprise) candidate for the Maine State house named Leslie Gibson called her a skinhead lesbian because he doesn’t know what the terms “skinhead” or “lesbian” mean.

He also called David Hogg, another Parkland shooting survivor and leader of the March for Our Lives Movement, a “moron” and a “baldfaced liar”, because this is how he thinks adults should treat children who had 17 of their classmates murdered in front of them.

These comments (made on Twitter) by Leslie Gibson created a quick backlash against him. He had to end his candidacy. There is justice in this world, at times. Or as Martin Luther King Jr. put it much better than I*:

The arc of the moral universe is long, but it bends towards justice.

You will see this unfortunate phrase tweeted by a bigoted politician in an attempt to demean a school shooting survivor in one of the pictures below. I want you to have it in the proper context.

Back on March 24, I went to the March for Our Lives Rally in Des Moines. Here is the beginning of what will become a wave of pictures from that event. Don’t worry, I will spread them out over the next few weeks. 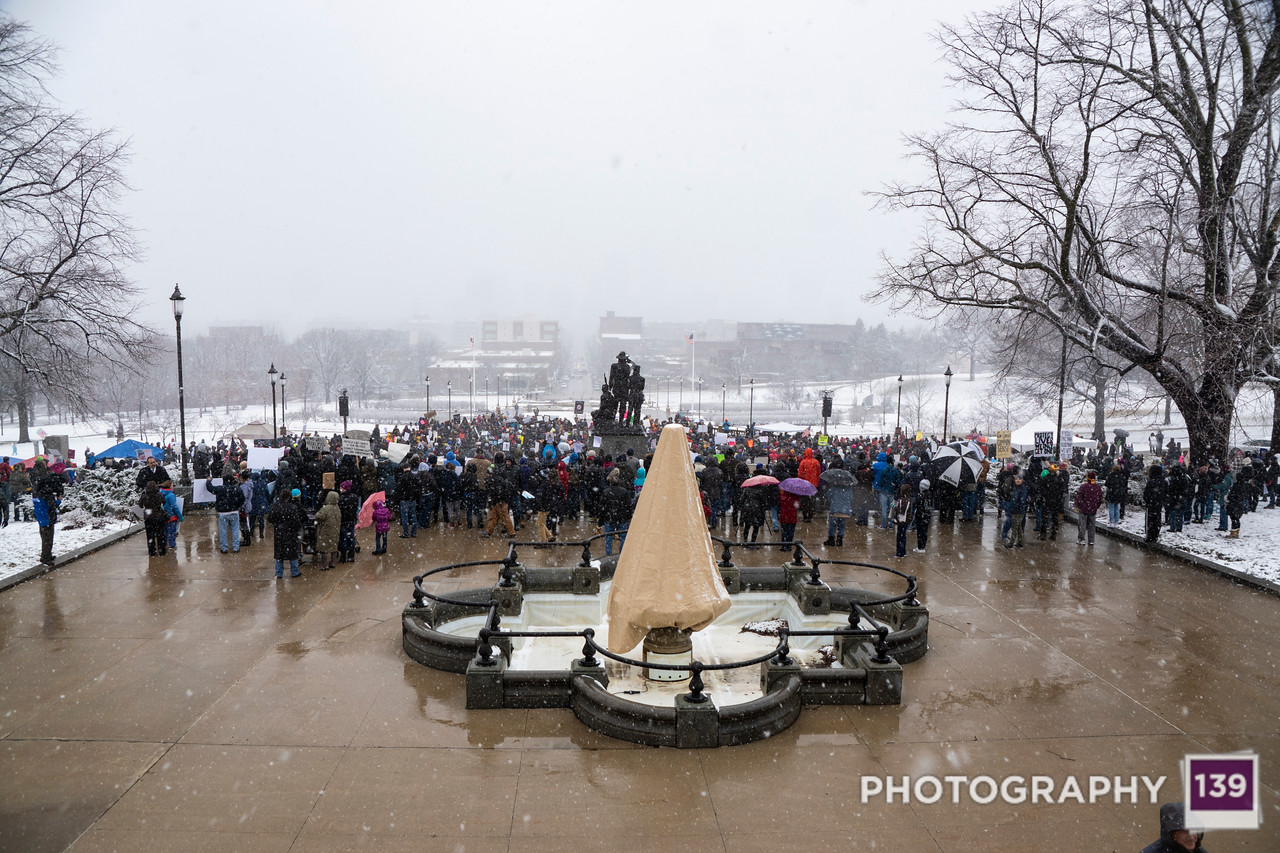 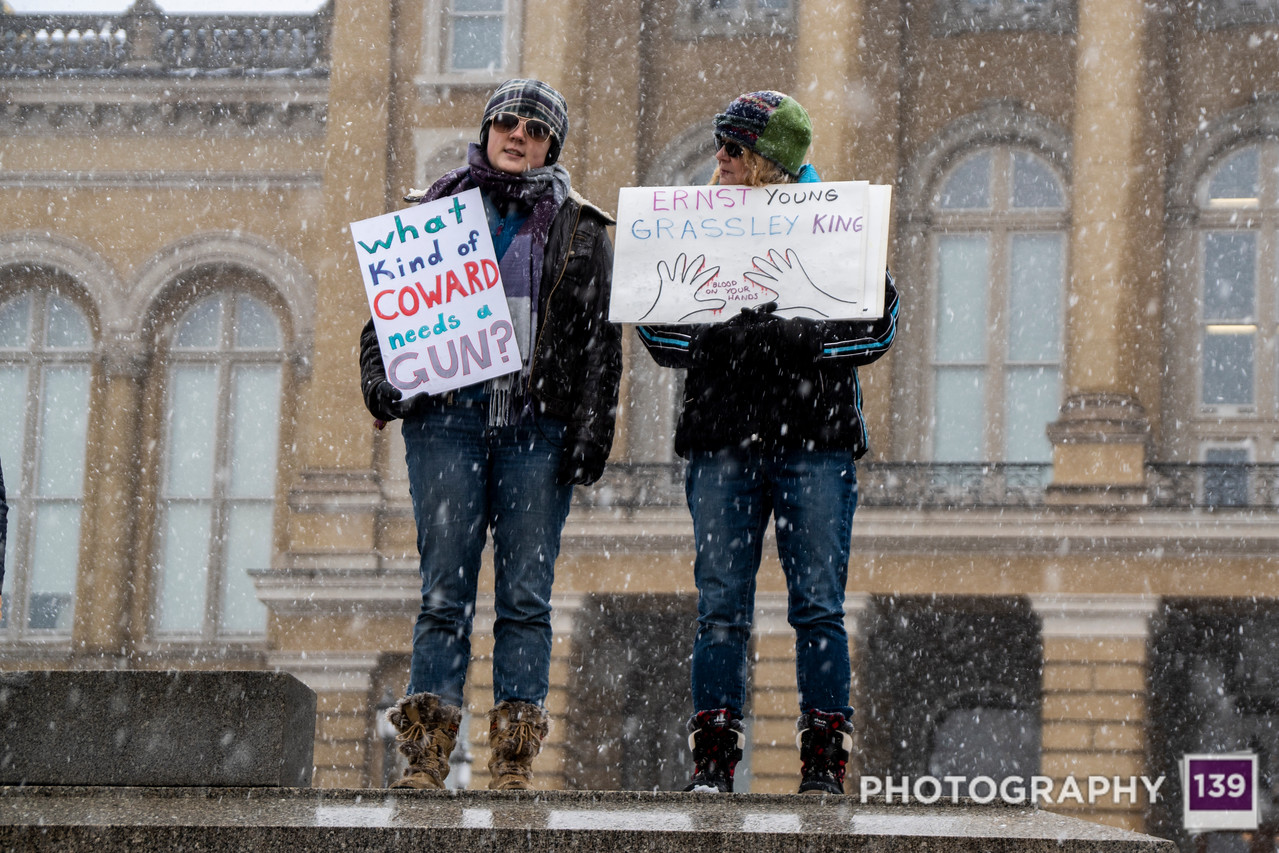 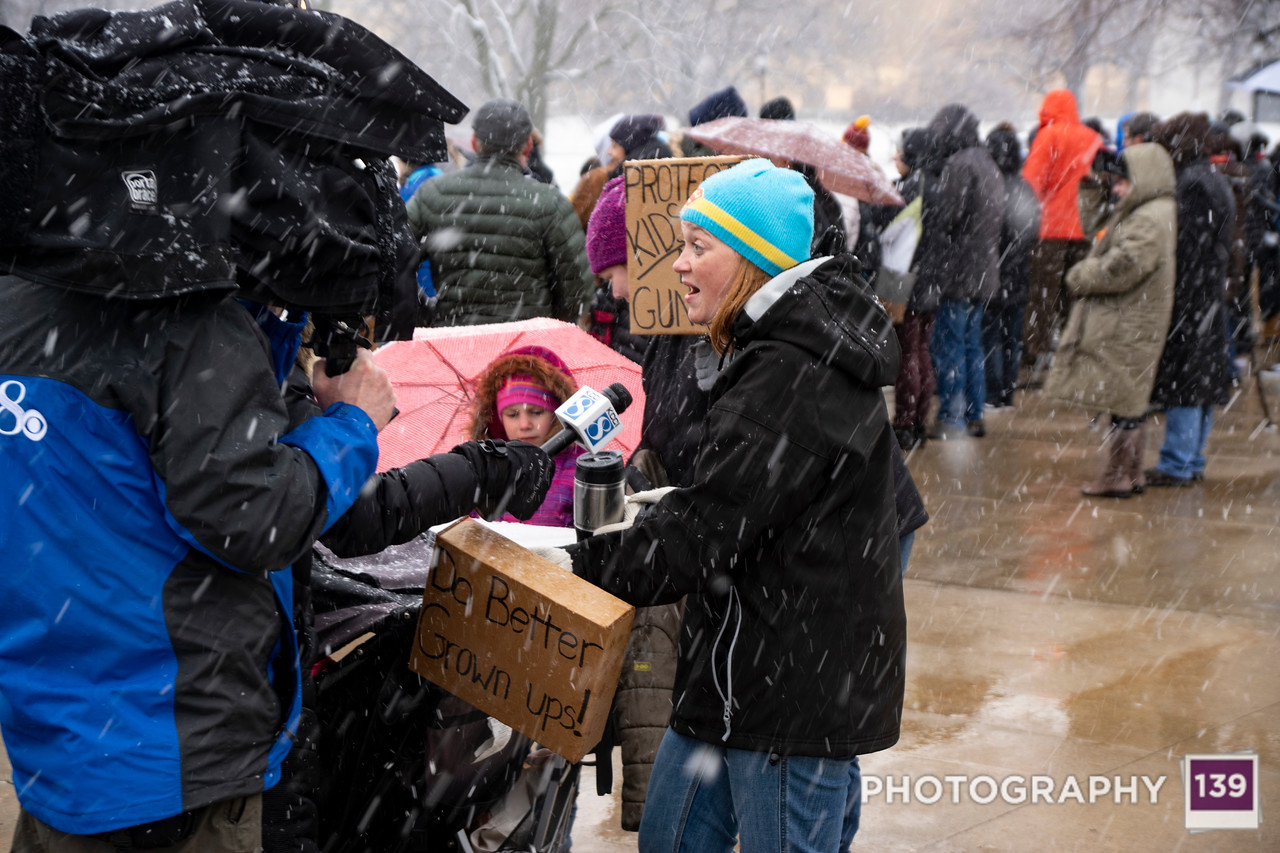 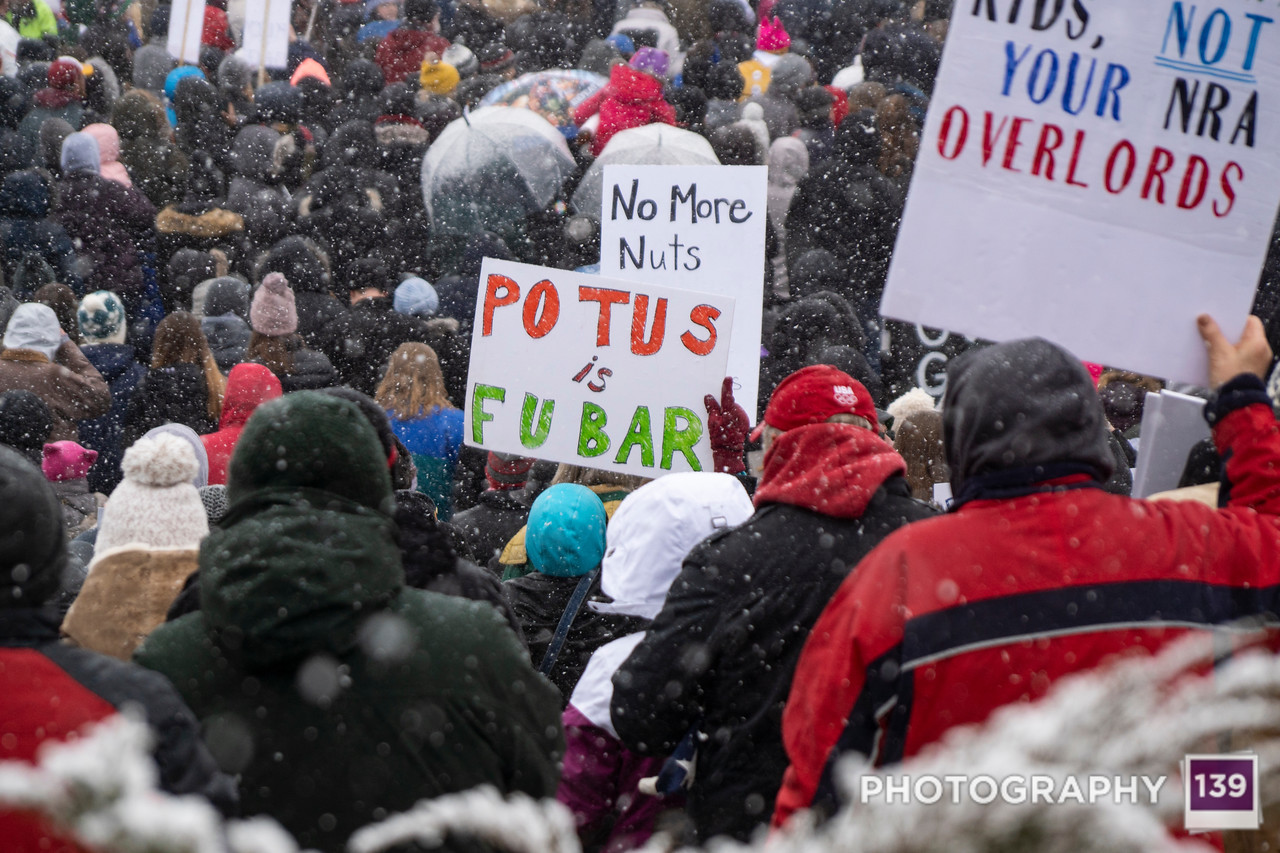 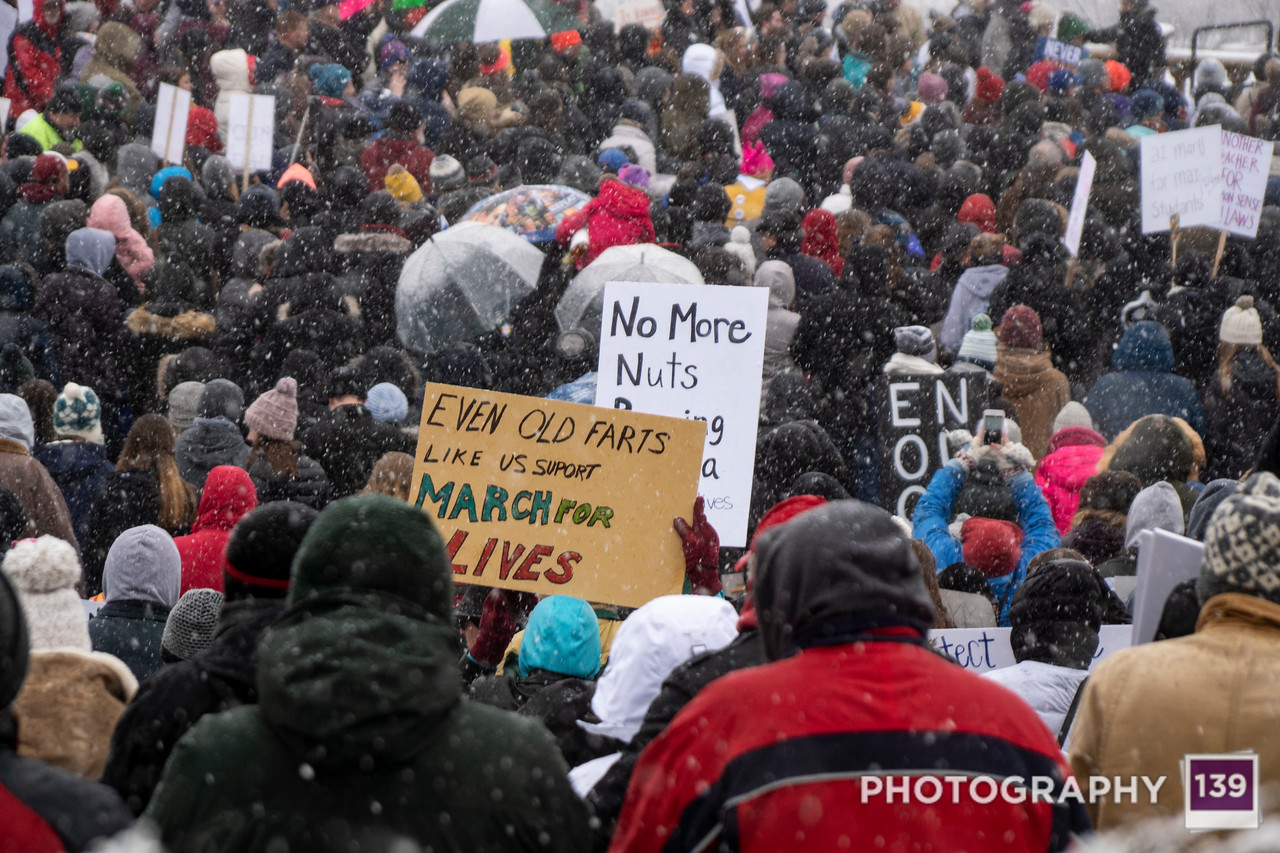 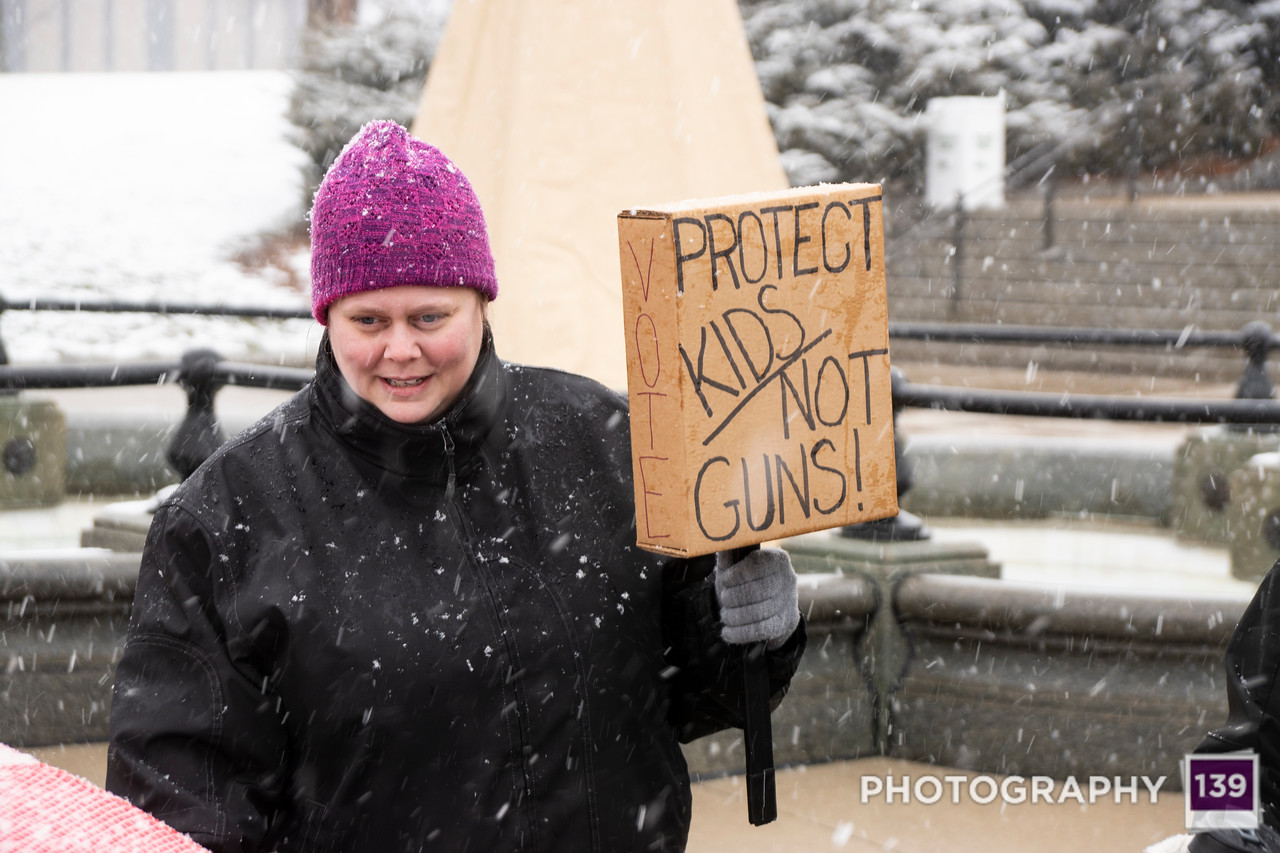 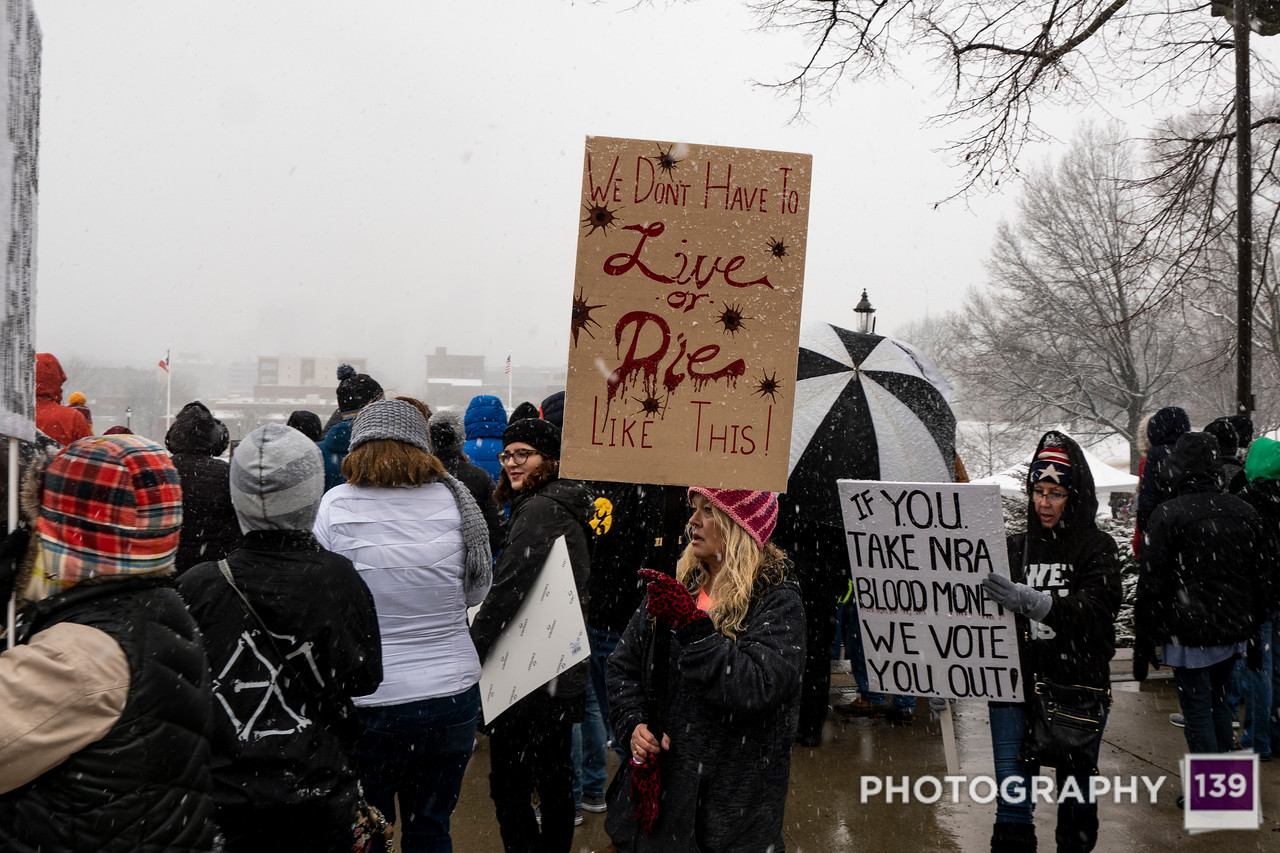 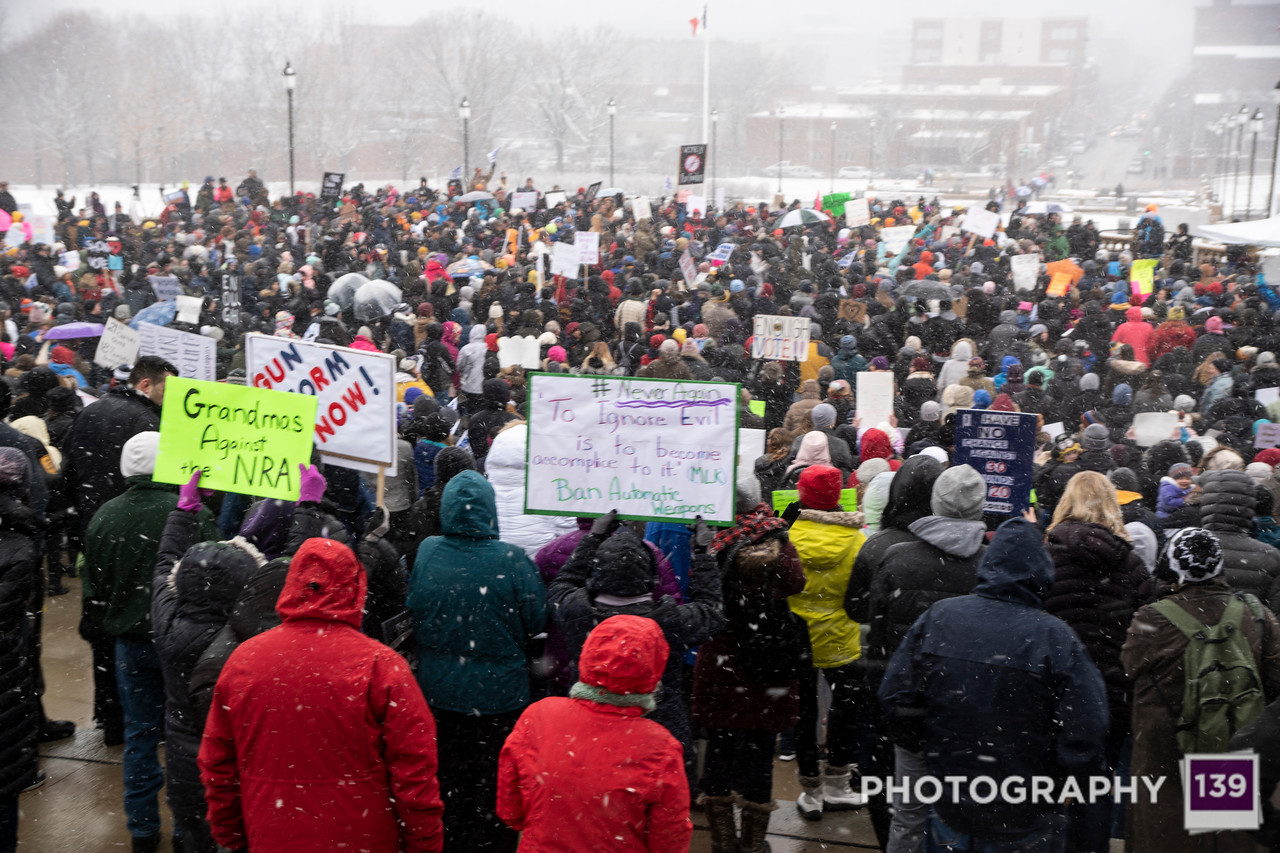 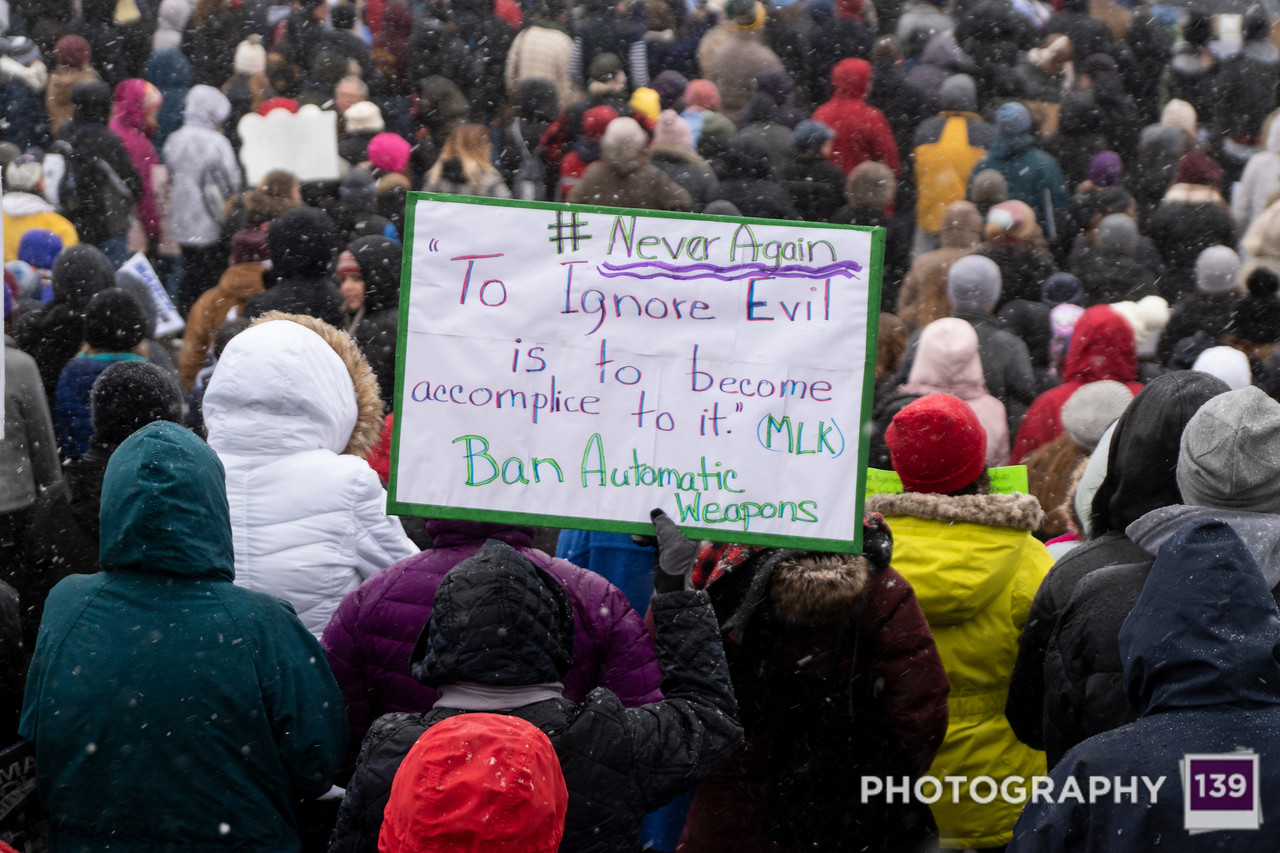 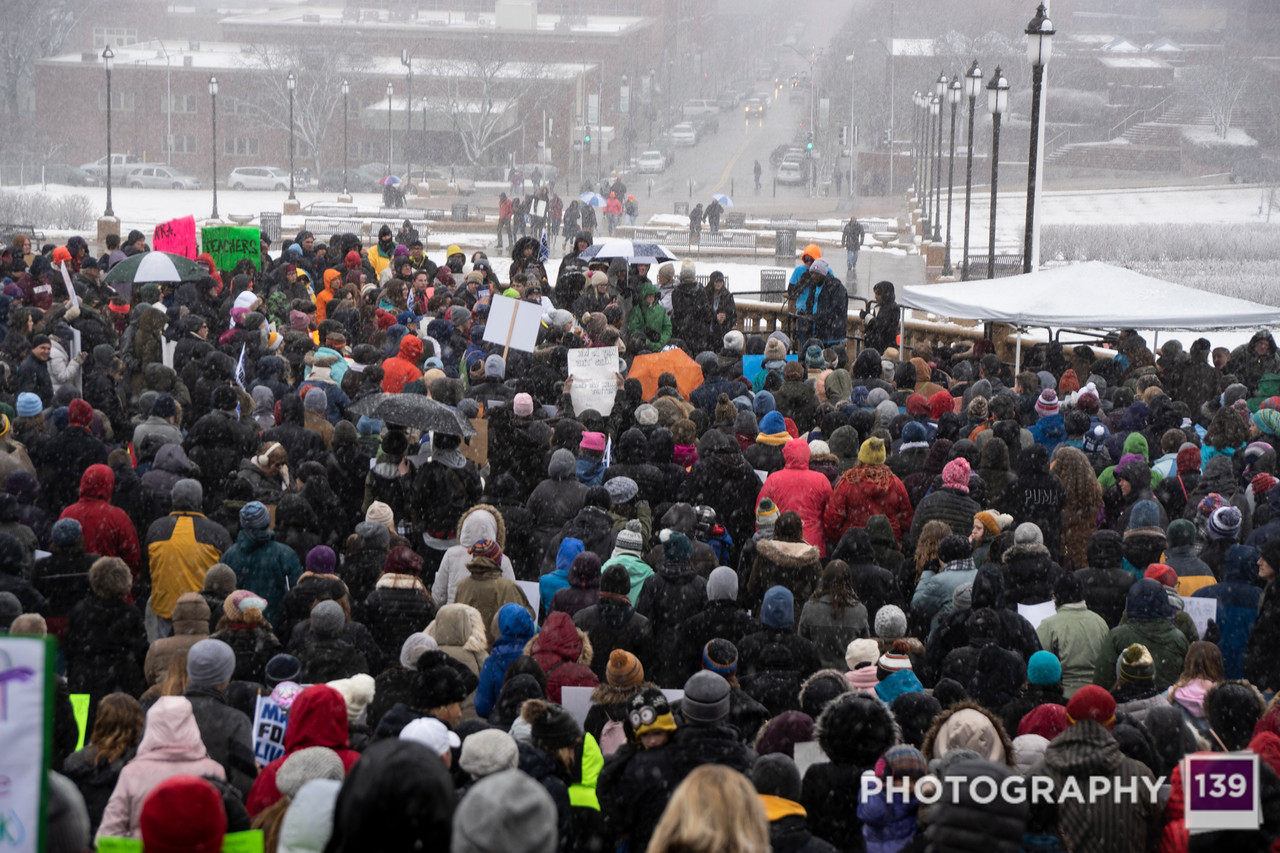 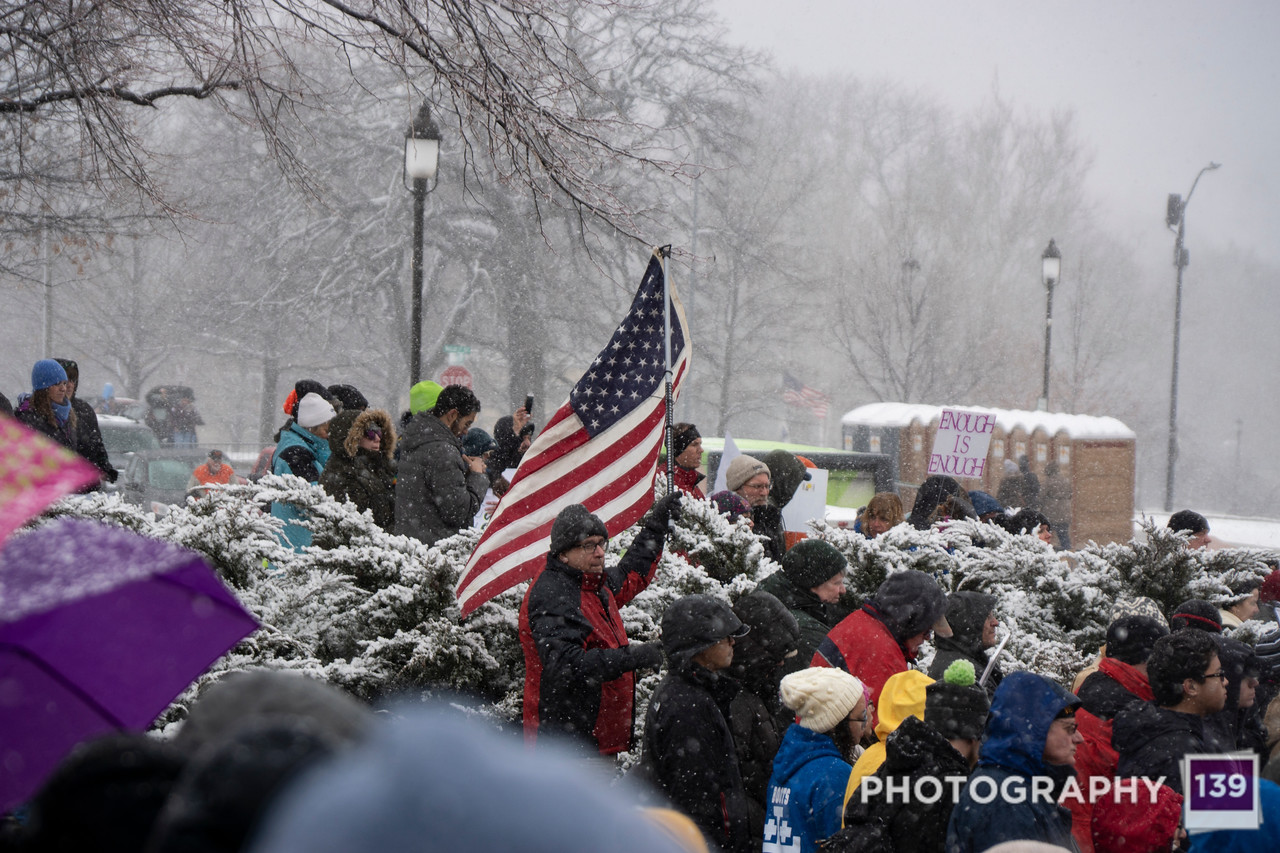 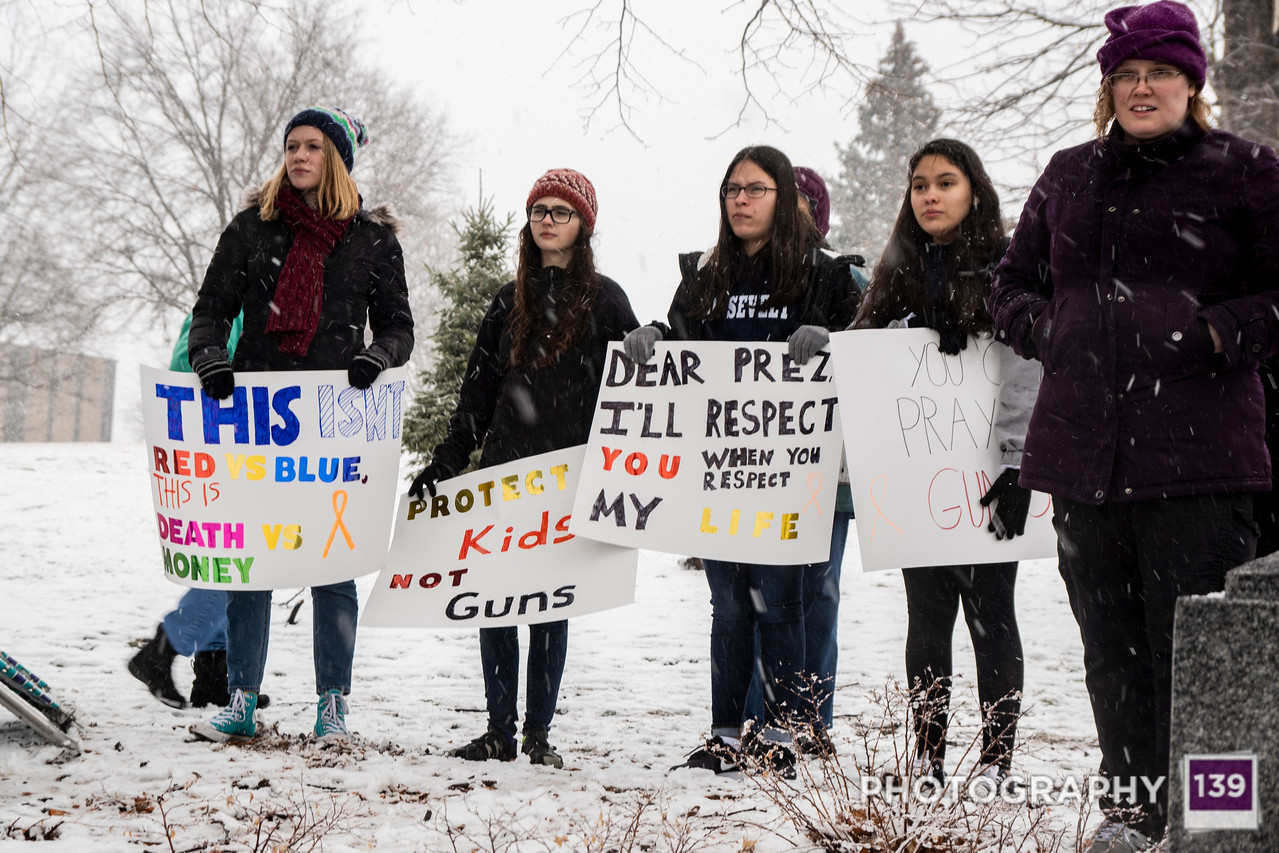 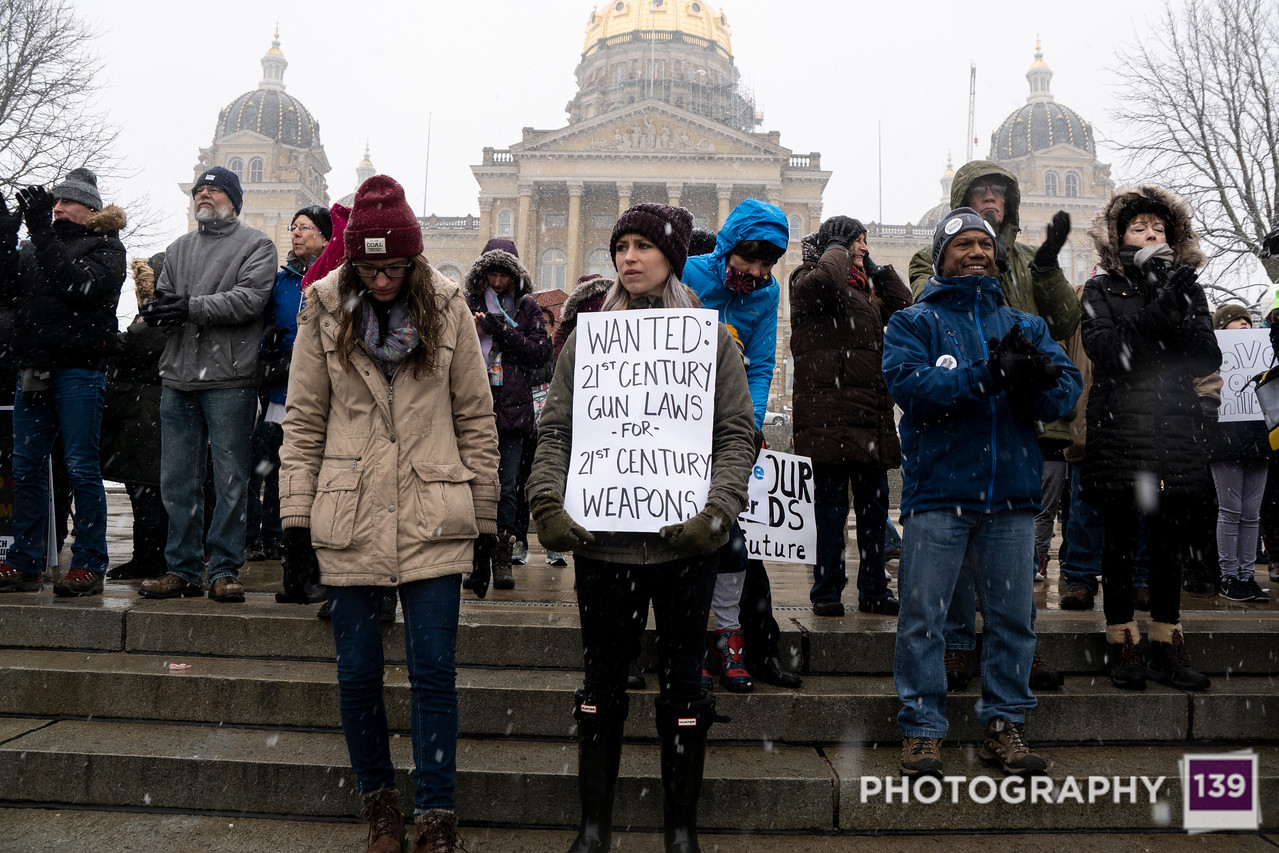 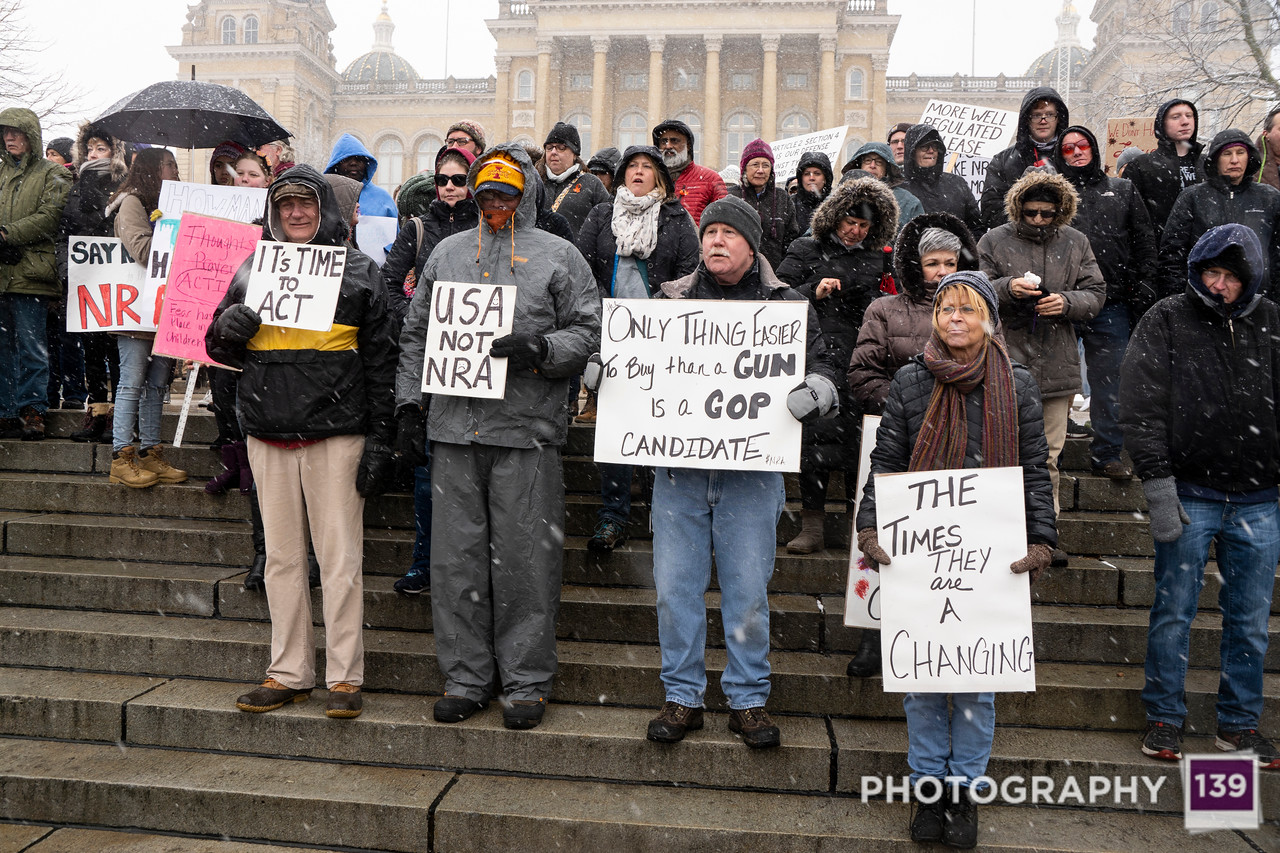 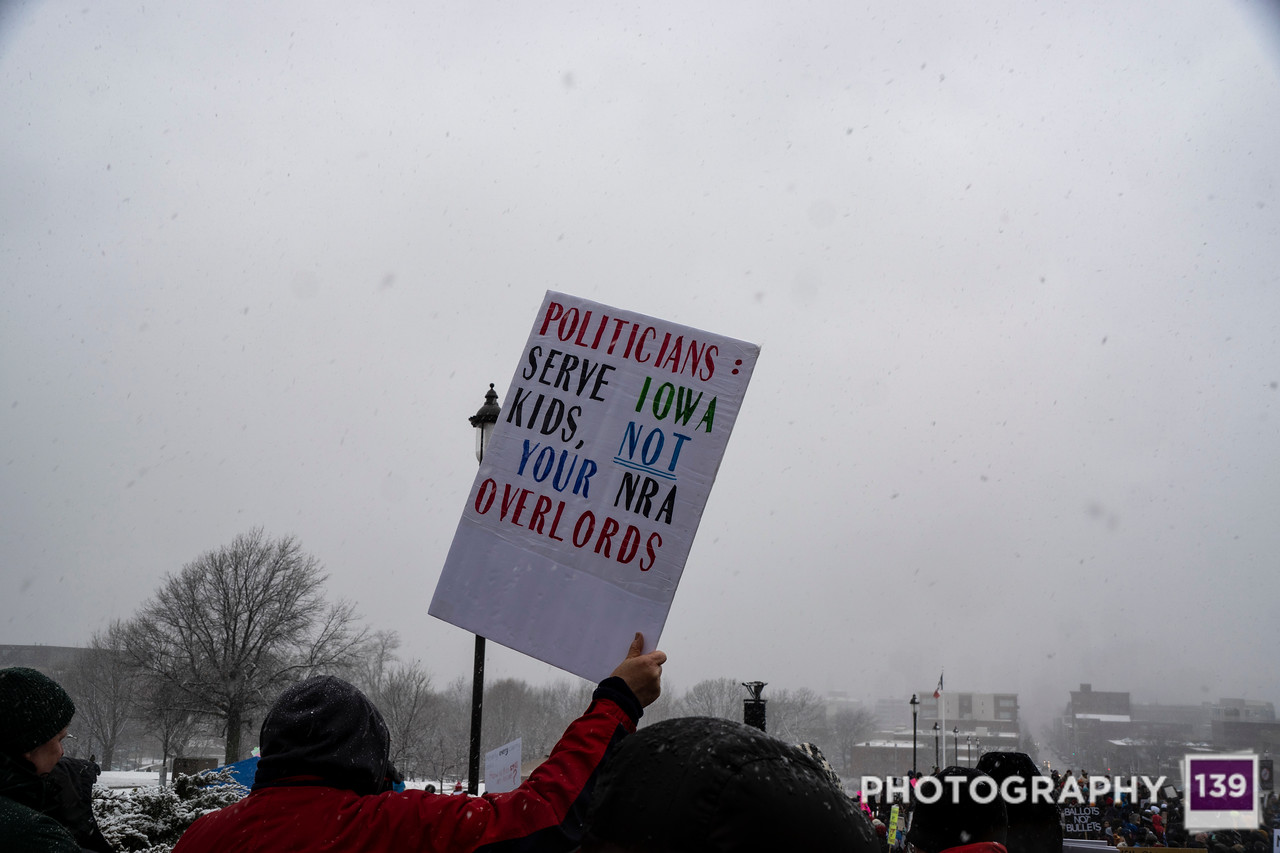 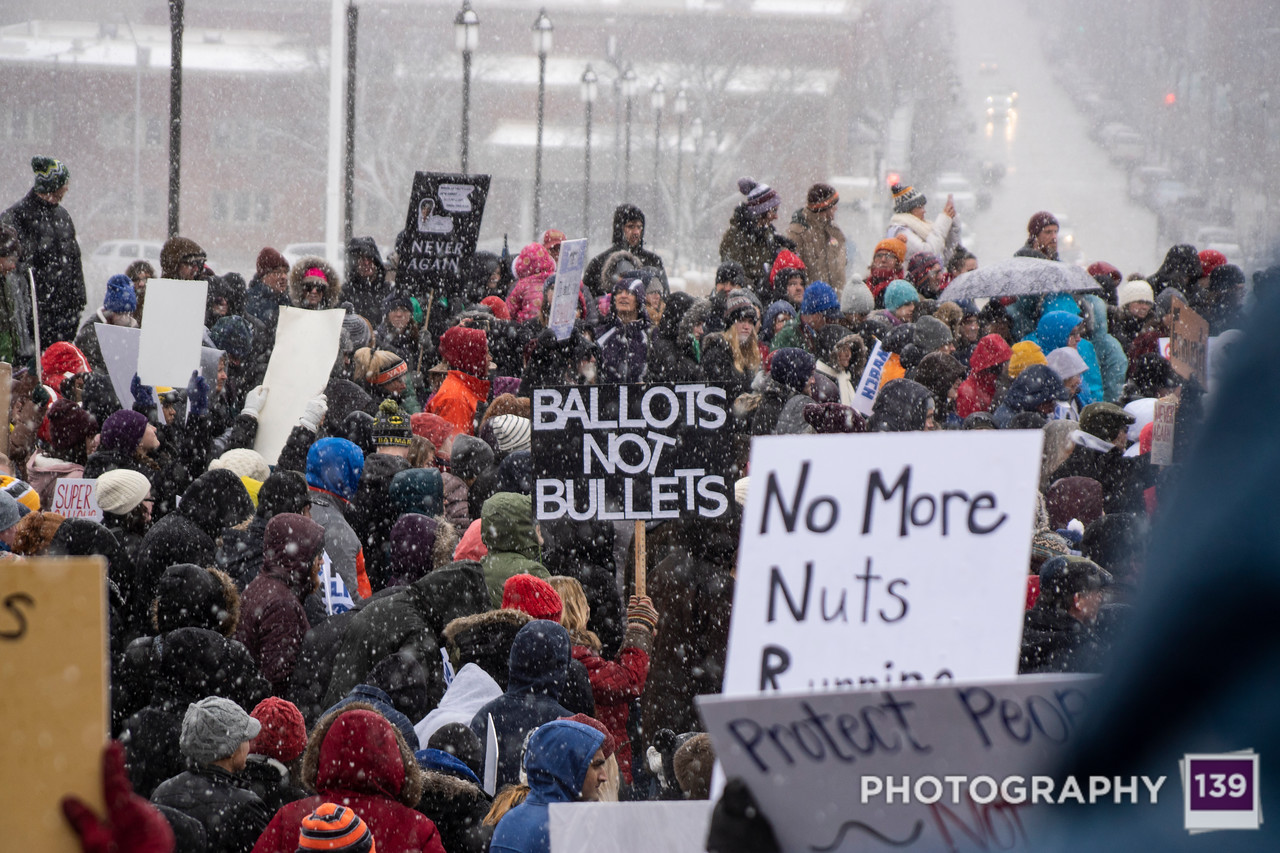 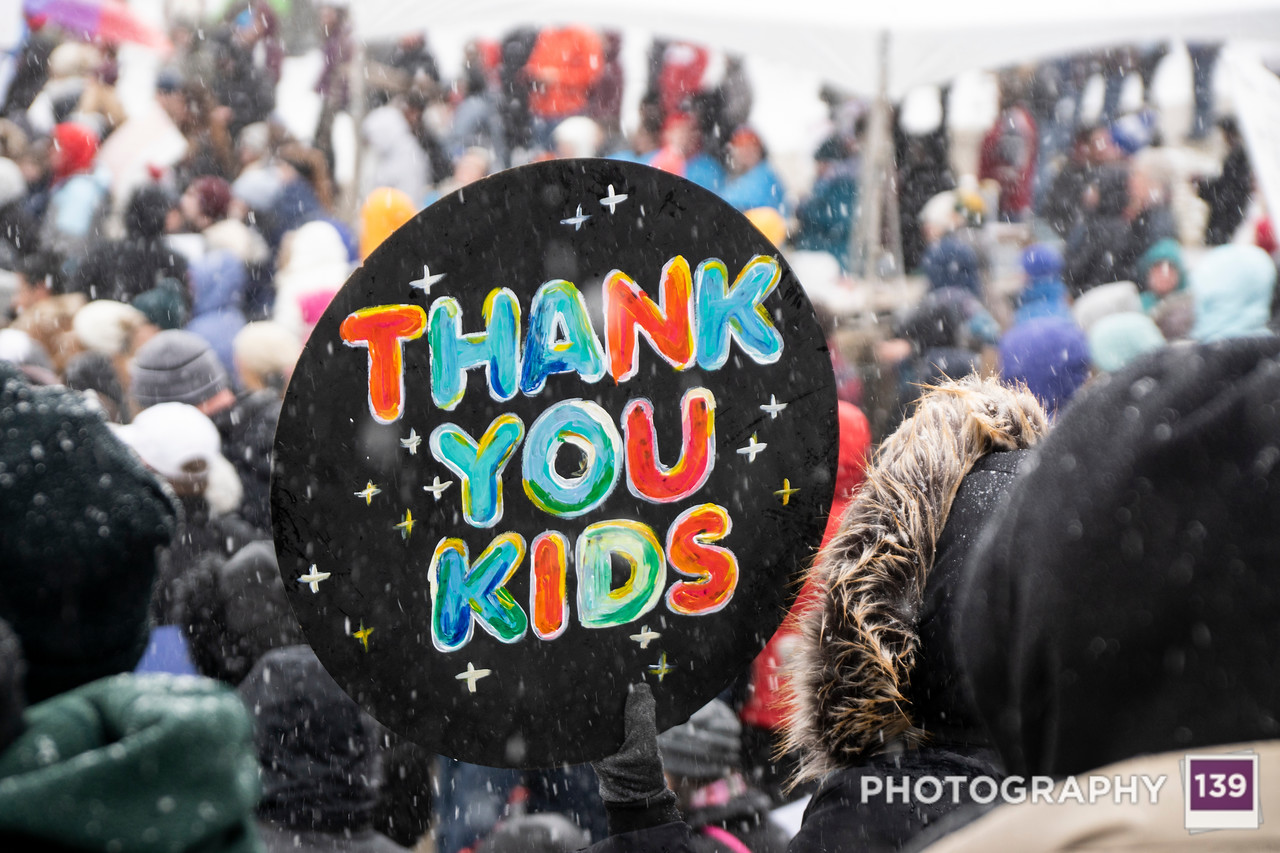 If you aren’t familiar with March for Our Lives, here is a copy of their Mission Statement:

This is not just schools, though. This is churches, nightclubs, concerts, movie theaters, airports, and more. A child should not fear a bullet on their walk home. We may be children, but we are not fighting for just children. All lives are precious, and our country must make the safety of its citizens a number one priority.

March For Our Lives is created by, inspired by, and led by students of all ethnicities, religions, and sexualities across the country. We will no longer sit and wait for someone else to take action to stop the epidemic of mass shootings.
The mission and focus of March For Our Lives is assure that no special interest group or political agenda is more critical than timely passage of legislation to effectively address the gun violence issues that are rampant in our country. We demand morally-just leaders to rise up from both parties in order to ensure public safety.

Specifically, we are working towards…

We came together on March 24th and through continued unity, we will save lives. We will not stop our advocacy until we see the change we demand – a change that is necessary in order to save innocent lives across our nation.

More pictures from the March will trickle out in the next few weeks.

Look at the facts of the world. You see a continual and progressive triumph of the right. I do not pretend to understand the moral universe, the arc is a long one, my eye reaches but little ways. I cannot calculate the curve and complete the figure by the experience of sight; I can divine it by conscience. But from what I see I am sure it bends towards justice.

Things refuse to be mismanaged long. Jefferson trembled when he thought of slavery and remembered that God is just. Ere long all America will tremble.