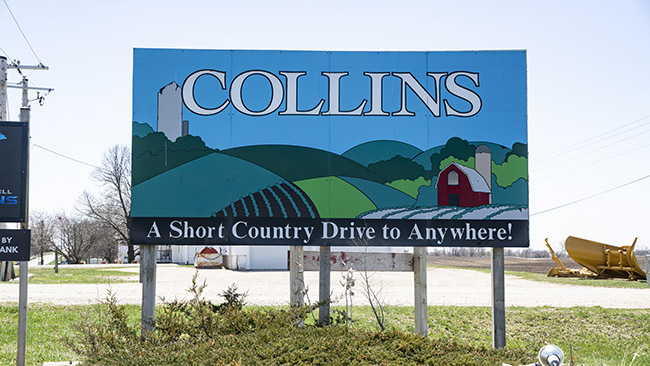 On Saturday I decided to look for Town Signs for THE TOWN SIGN PROJECT in the Story County area. Here is what I was able to track down: 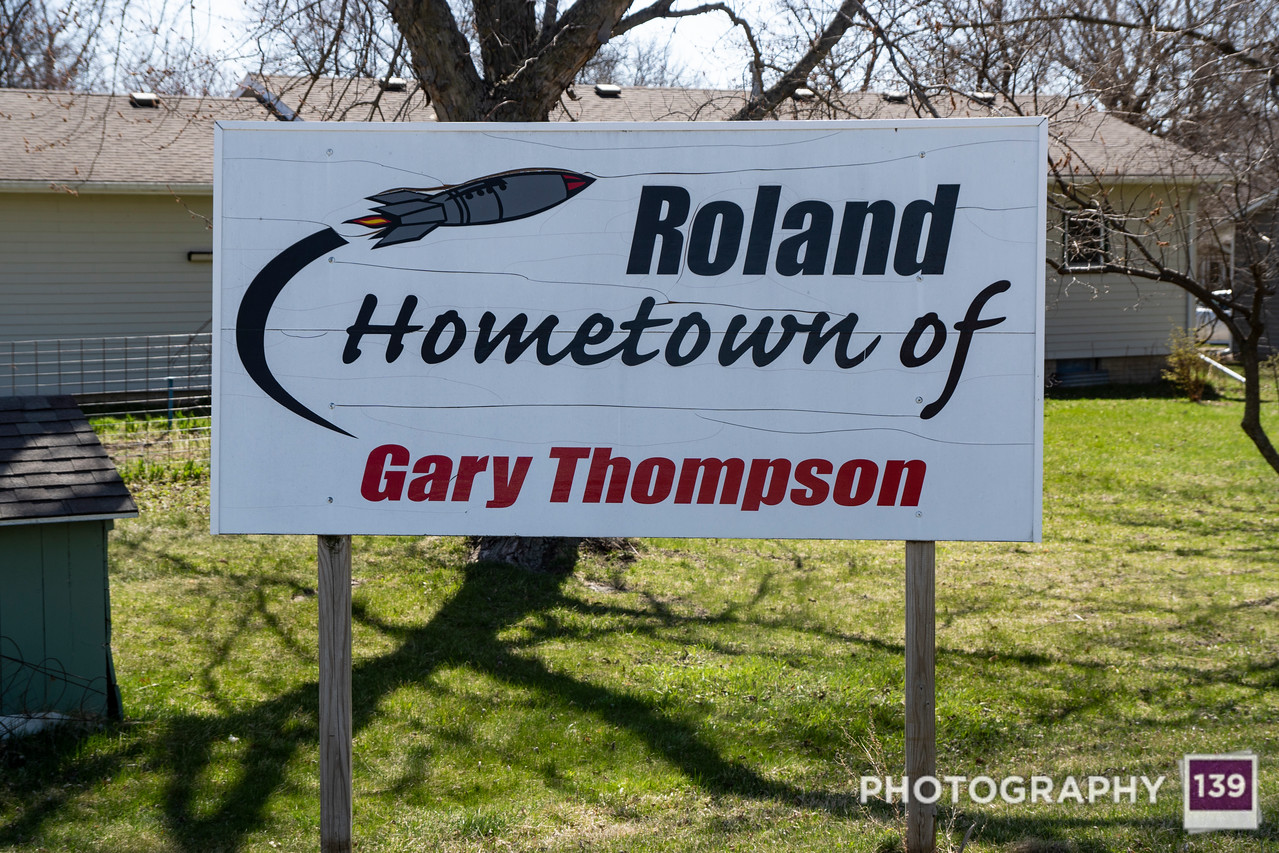 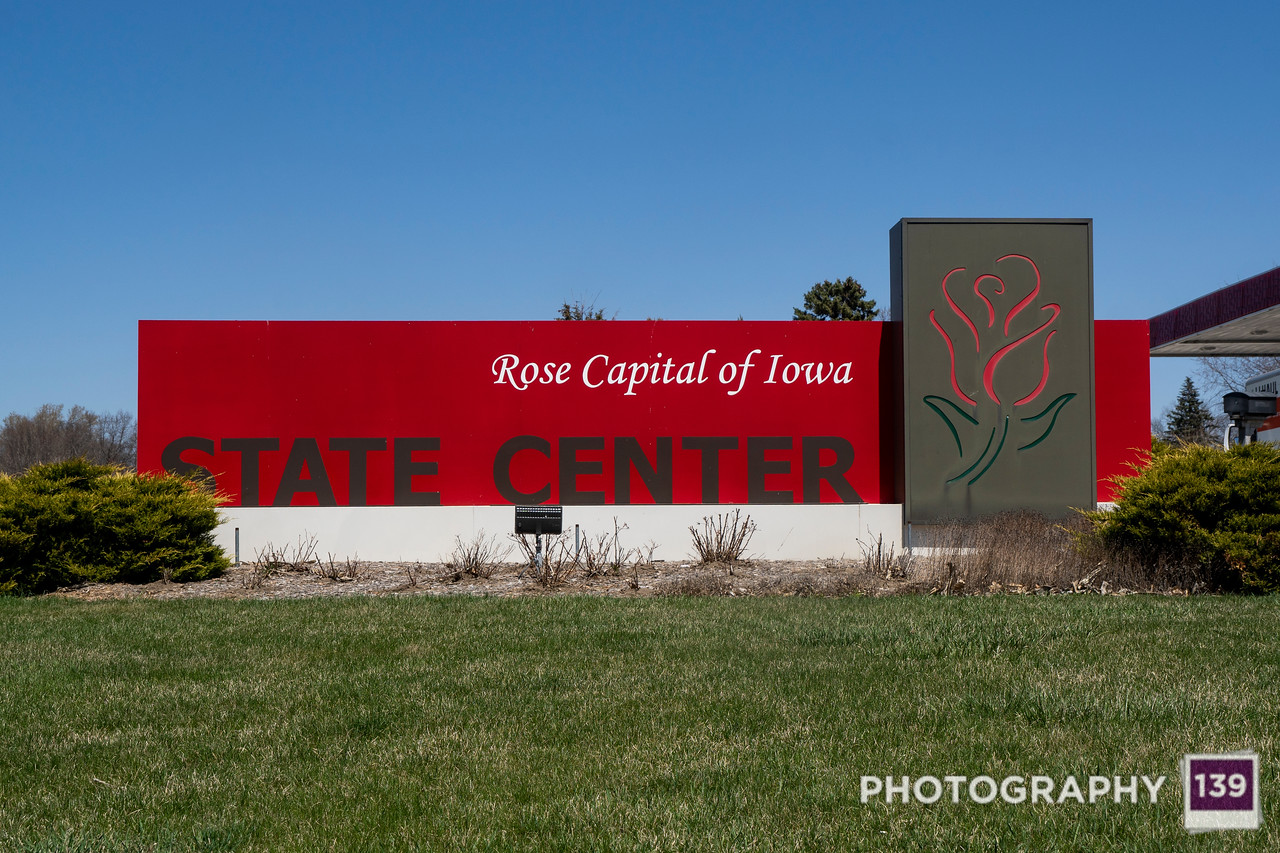 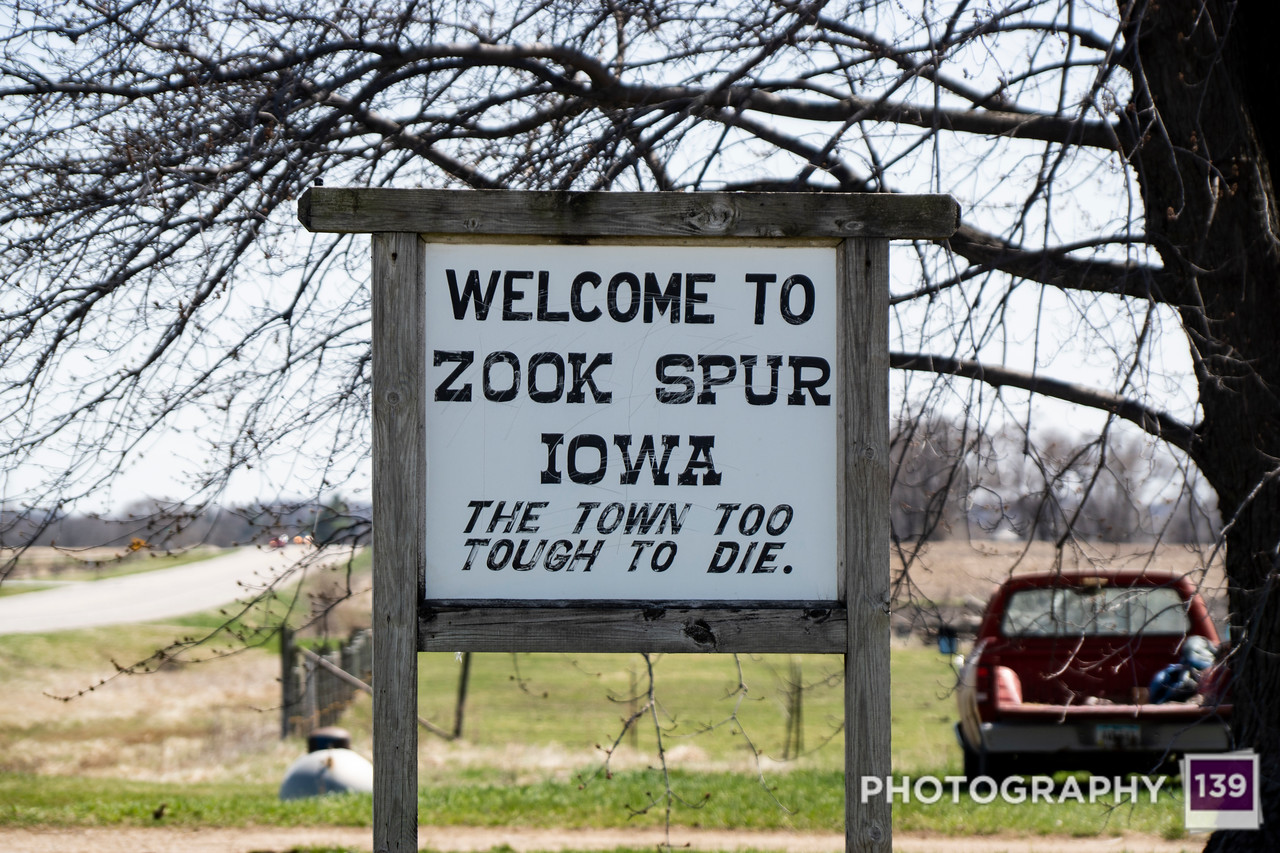 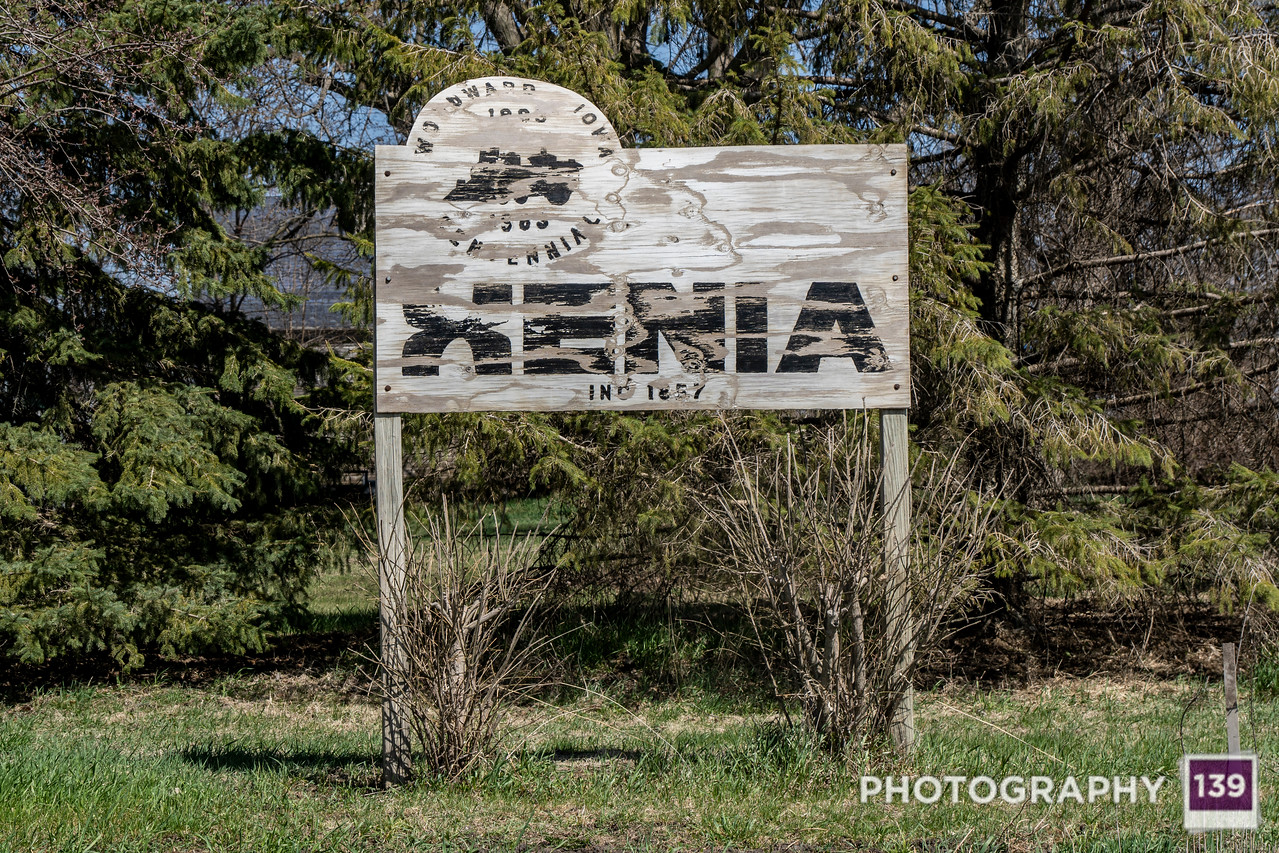 A few things of note from this collection:

Roland has a “nicer sign” than the Roland Rocket sign, but if you think I’m going to choose a nice sign over a sign that celebrates one of the greatest Cyclones of all-time, you don’t know where you are. 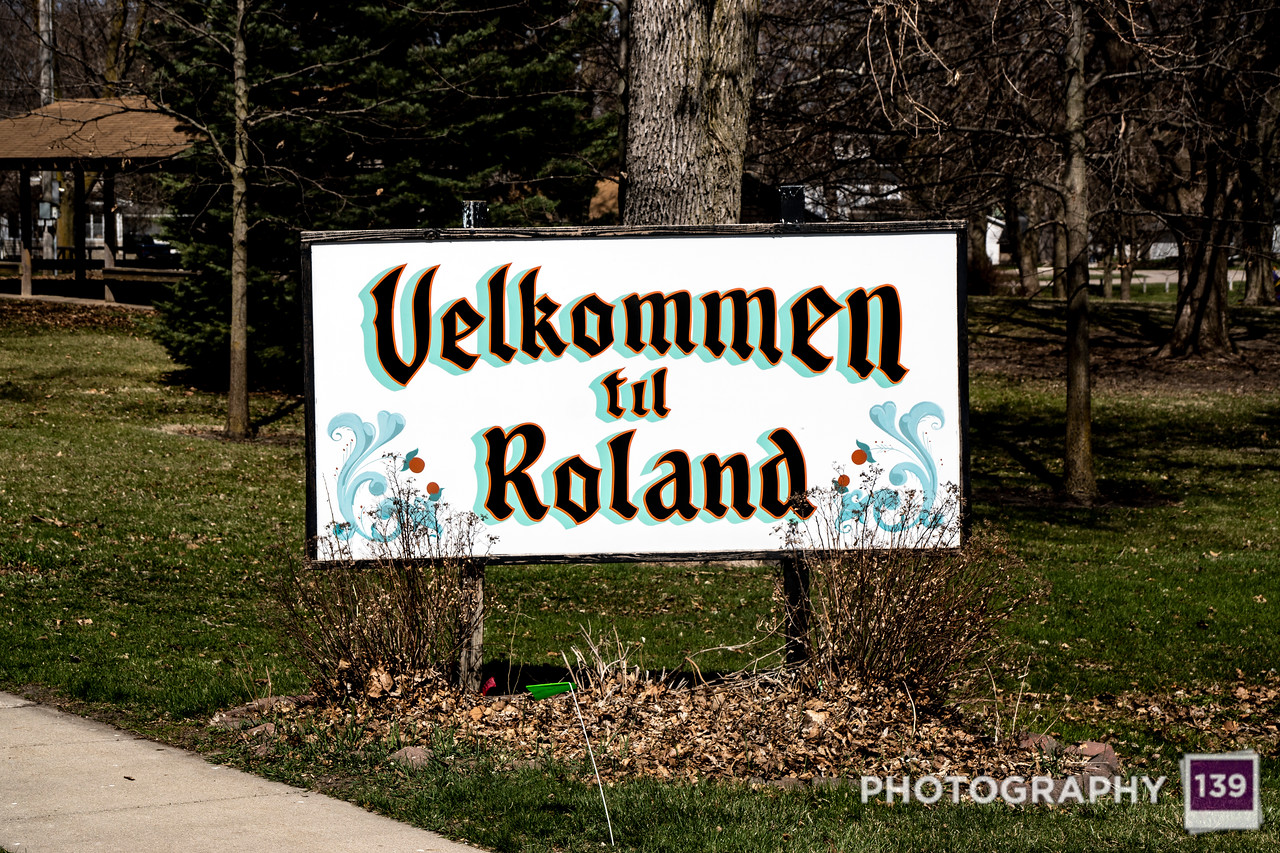 Then they replaced it with the lameness that is their current sign. This is the worst sequel since GREASE 2.

Bangor isn’t a town. I’d say it is a place where an agriculture company stores trucks and a park with a creepy swing set. 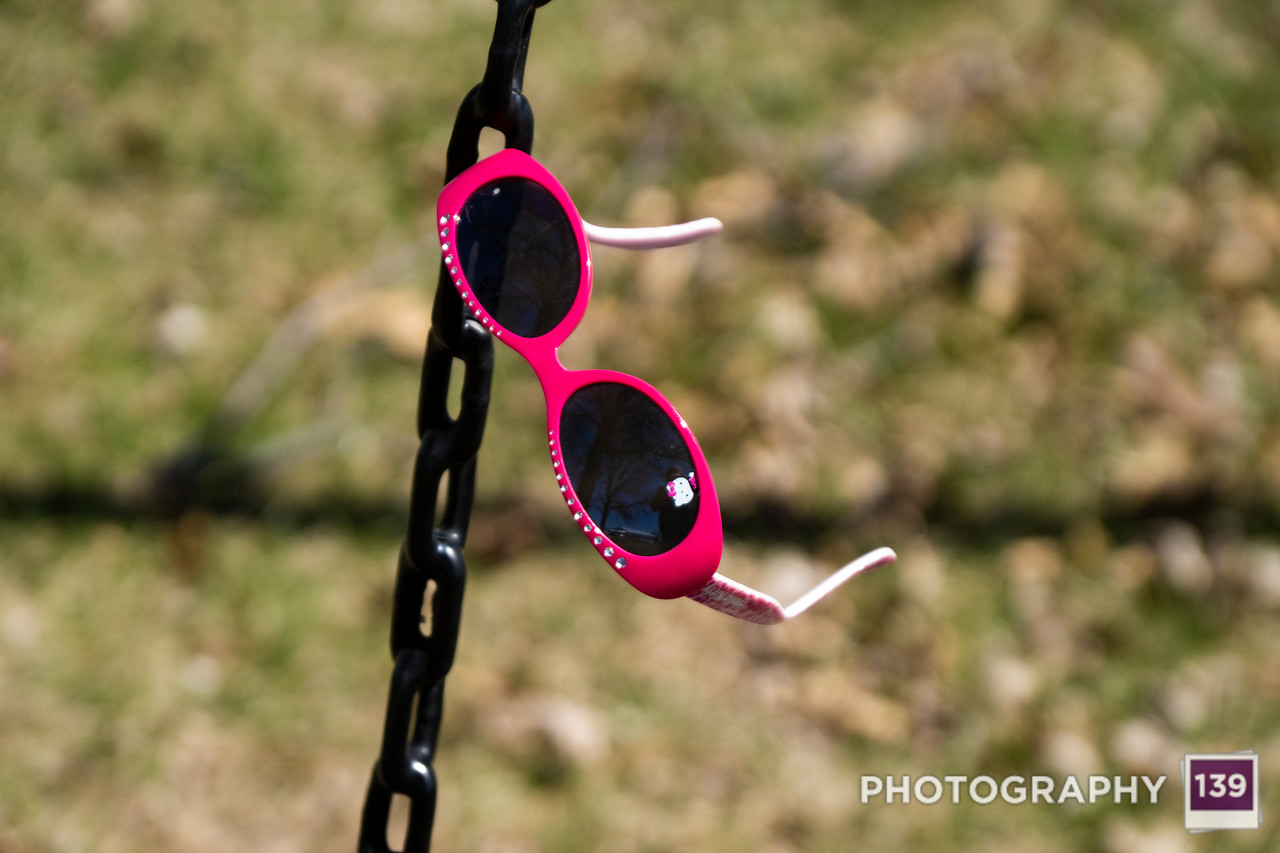 I literally couldn’t find anything that said Bangor. There were the remains of a sign post that may have held a sign at one time in the park. There is a Bangor church and cemetery just outside of what I would consider Bangor. 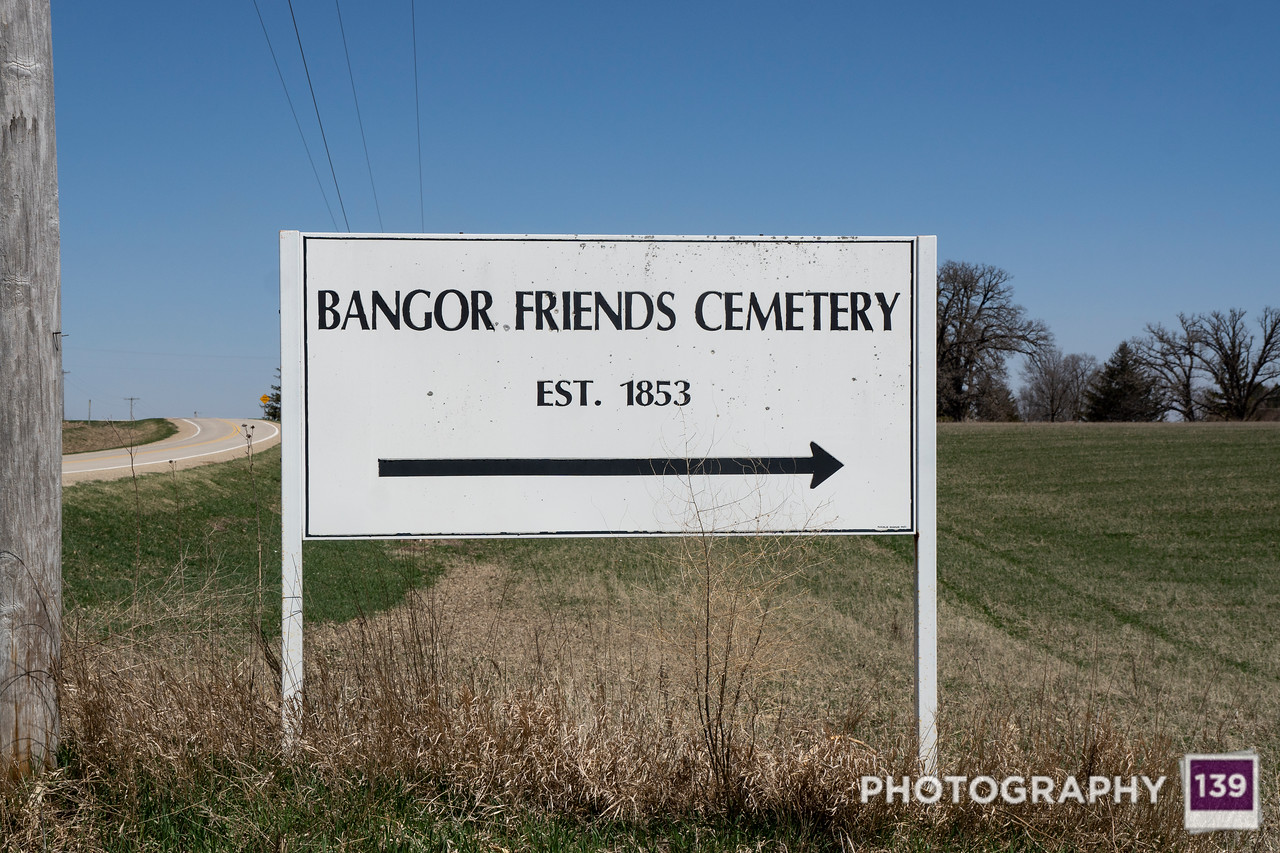 I just can’t figure out why there are several signs directing people to Bangor, but nothing telling you that you are in Bangor. I don’t know another unincorporated town that gets that much love!

Zook Spur and Xenia are both ghost towns. The best way to describe them is that there are maybe 3 or 4 houses that are closer together than is normally the case in the country. Zook Spur is just south of Madrid. Xenia is just east of Woodward. I wish somebody cared about Jordan enough to put a sign up around there. Unfortunately, Jordan wasn’t too tough to not die.

When I road trip on SaturdayS I listen to NPR. If you’ve spent time in a car with me on a Saturday morning, you already know this fact.

If you know that fact, you also know that one of the purposes of this here blog is for me to store things that inspire me, so that I can reference them again at a later date. Sort of an online idea box.

While I was cruising around the back roads of Story County (I was desperately looking for a Bangor sign) I was listening to the conclusion of THIS AMERICAN LIFE. The episode began with the story of a group of students of color, mostly black, that were painted as anti-Semitic by the media after a field trip to see SCHINDLER’S LIST went awry.

While this story was fascinating and scary, it isn’t the story that hit home hardest with me. That was the last story of the show.

The last story of the show was about the experience of a man, who’s sister was killed in the World Trade Center on 9/11, visiting the 9/11 Memorial a few days before it opened to the general public.

Part of it I found really poignant and I think it will strike a chord with anybody that he been through tragedy, which means pretty much everybody.

I think now of every war memorial I ever yawned through on a class trip, how someone else’s past horror was my vacant diversion. And maybe I learned something, but I didn’t feel anything. Everyone should have a museum dedicated to the worst day of their life and be forced to attend it with a bunch of tourists from Denmark– annotated divorce papers blown up and mounted, interactive exhibits detailing how your mom’s last round of chemo didn’t take, souvenir T-shirts emblazoned with your best friend’s last words before the car crash. And you should have to see for yourself how little your pain matters to a family of five who just need to get some food before the kids melt down. Or maybe worse, watch that pain be co-opted by people who want, for whatever reason, to feel that connection so acutely.

There are three recording booths for people to tell their own stories of the day or remembrances of loved ones who were lost. A man exits one of the confessionals, sees me, shakes his head and says, “Amazing idea.” I enter, sit down, and stare at the screen and say Shari’s name and how I was 3,000 miles away that morning and didn’t even know she was working there until I got the call at 6:00 AM, and that I wish I had seen her more in those last years and remembered more about her and had something better prepared to say, and that I wished my kids would have known her, and that she’d think it’s pretty f*cking weird that I’m here talking about her to an invisible camera in the bowels of a museum dedicated to the fact that she was killed by an airplane while sitting at her desk. And at some point, the timer is up.

When this story was over, I just sat in my car. In Bangor, Iowa. Realizing that the way I look at certain museums has been changed forever.