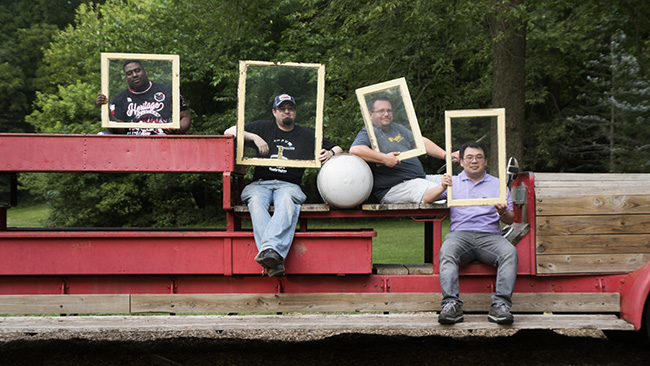 A few weeks back I got together with my bros from the West Ames Outpost of the Evil Clown Empire. It might have been the first time we have been together all year.

We ate at the worst restaurant in Ames and went to the worst movie in theaters at that time, but I let all that slide as long as they agreed to pose for Page 56 of THE PHOTO JOURNAL PROJECT. Which they did! 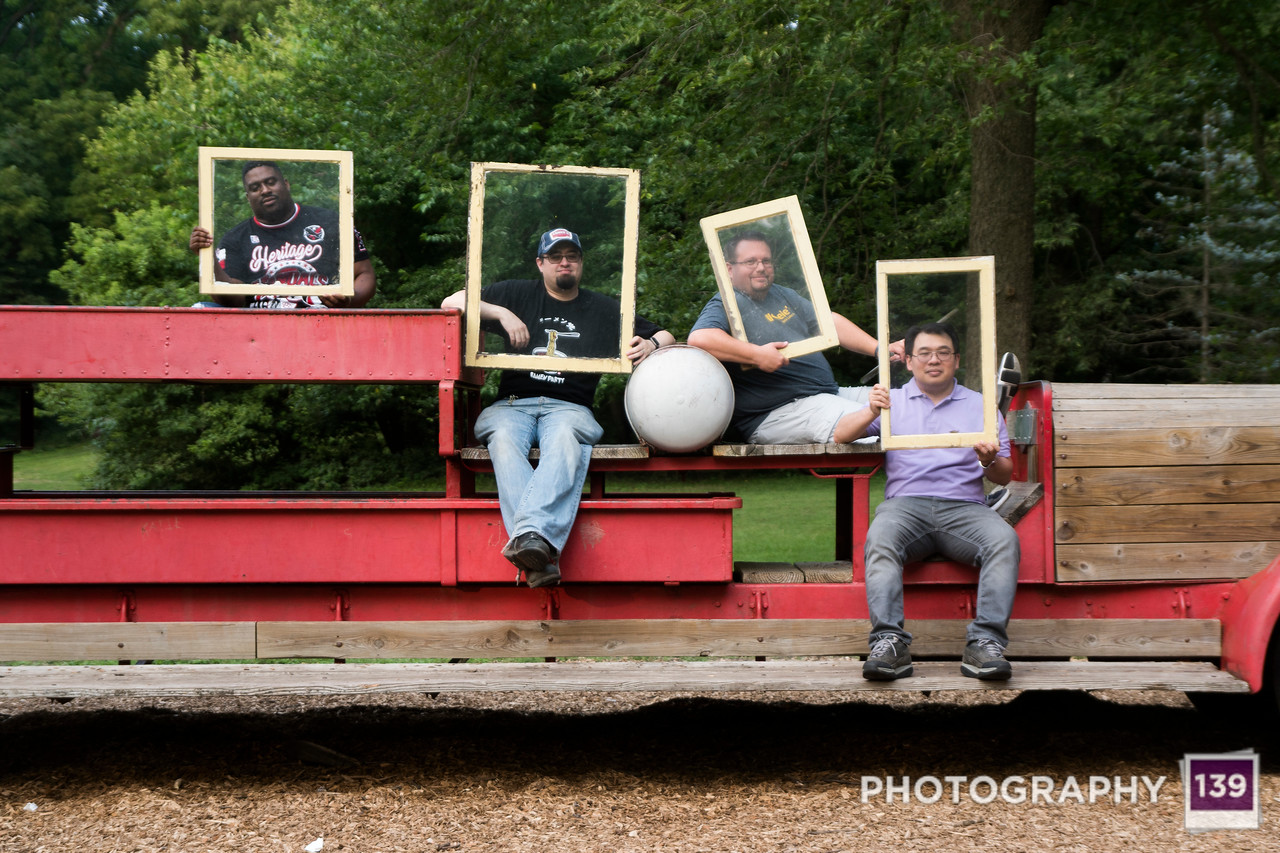 While only one picture can be physically adhered into the physical THE PHOTO JOURNAL, I did take a couple others.

I didn’t really give them any direction, other than to look through the window. I even let them choose where they sat on the firetruck. I wanted the picture to be about who they are and the decisions they made. Then you can figure out where they chose to sit, hold the window, and look says about each of them as a person.

Next time we check-in with THE PHOTO JOURNAL PROJECT, we might look at Pages 78-79 or maybe Pages 48-49.

If you have been paying attention to the news lately, you certainly heard about the senseless murder of Celia Barquin Aroamena. She was a former Iowa State golfer that was finishing up her Engineering degree. She was the European Amateur Champion. She was 2018 Big 12 Champion. She competed at the U.S. Open. On Saturday she was supposed to be honored as the Iowa State 2018 Female Athlete of the Year at the Iowa State football game. All reports are that as great of an athlete as she was, she was just as great of a person.

Monday morning, while she was practicing her craft, a man came out of the woods that line the golf course and murdered her. No real reason for it. He had been fantasizing about murdering a woman and so he did.

If you think about it for a million years, you couldn’t make sense of it.

It is with a very heavy heart that I share thoughts on the tragic passing of our former women’s golfer Celia Barquin Arozamena. Celia, who was the Big 12 Champion last year, was scheduled to be honored at this week’s home football game as our Female Student-Athlete of the Year. Celia, who is from Spain, was a fifth-year senior planning to graduate this spring with a degree in civil engineering.

Although the details of her passing are still being investigated, it is believed she was the victim of a senseless act of random violence committed by a total stranger, in broad daylight, while playing golf at the Coldwater Golf Course. This situation clearly cuts at the very core of our community, our institution and especially our athletics program.

I wish there were words or actions that would make this all better. Unfortunately, that is simply not the case. Losing one of our student-athletes is like losing a child. We are all devastated and heart-broken.

We also know that we must carry on in the same spirit that Celia lived her life. She was a passionate, caring and vibrant young lady who was so proud to be a Cyclone. She attended all the sporting events of her fellow student-athletes and was so excited to be selected as our 2018 Female Athlete of the Year. In fact, when she was told she was going to be honored on the field at this Saturday’s football game, she broke down and cried.

The purpose of this letter is to share with you we plan to move forward with honoring Celia on Saturday at the home football game. We will honor her with a video tribute and a moment of silence, prior to the marching band playing the national anthem. The tribute will take place at approximately 10:50 a.m. We strongly encourage all Cyclone fans to be in their seats by 10:45 a.m. to pay tribute and show her grieving teammates, coaches and friends, what it feels like to be fully embraced by Cyclone Nation.

I look forward to seeing you in the stadium Saturday morning.

Also on Tuesday, Celia’s teammates requested that fans wear yellow to the game. It was Celia’s favorite color. So if you are going to the game on Saturday, please be there on time for the moment of silence and wear yellow to honor Celia.

The football team will be wearing her initials on their helmet. Akron will also do that.

On a personal note, the man that murdered Celia was homeless. He lived in the woods behind where I work:

There are usually several people living back there. I’ve walked those woods several times and never feared for my safety, but I know a co-worker that wears a gun when he walks back there.

A reminder that this week’s WEEKLY PHOTO CHALLENGE theme is BOREDOM! 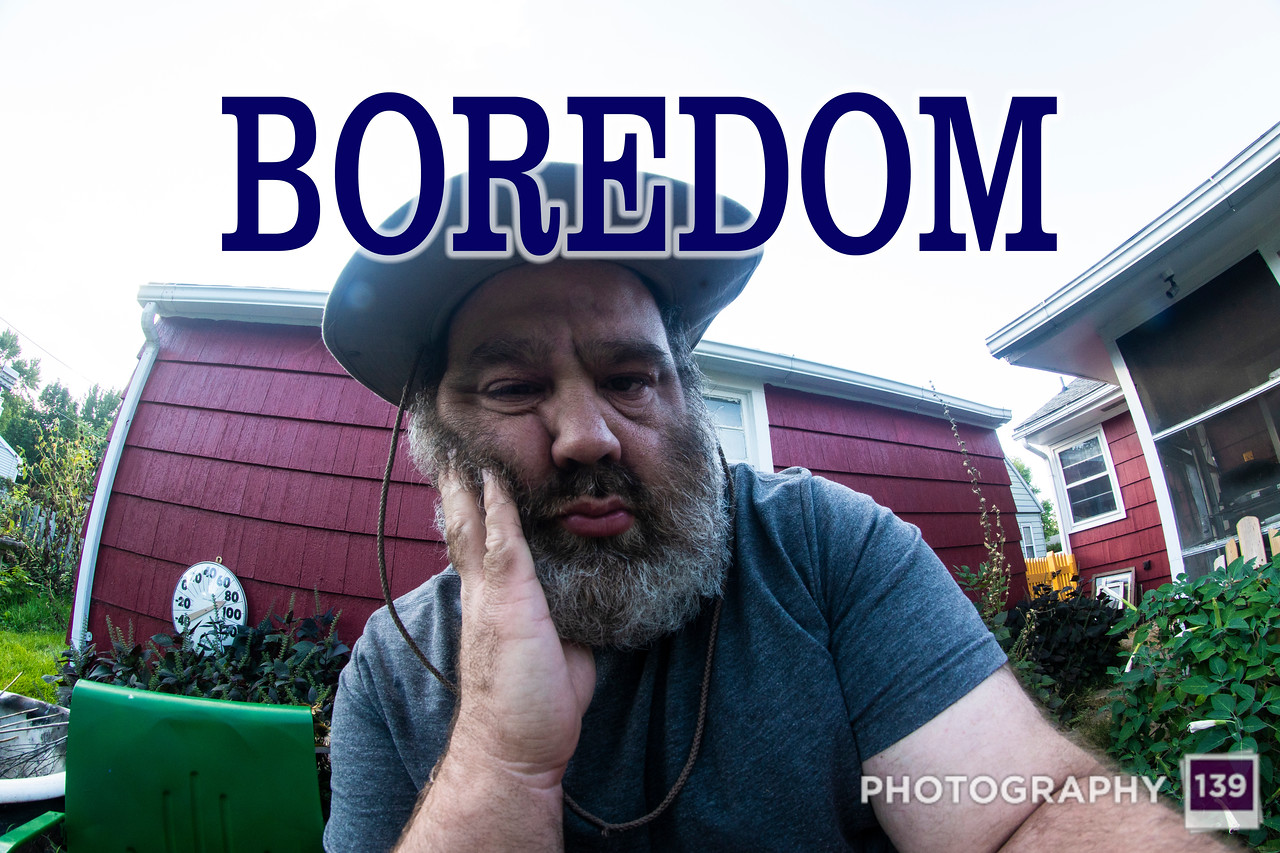 A BOREDOM photo is a photo of somebody that is experiencing BOREDOM or an activity you do to fight BOREDOM.

One thought on “A Photo Journal – Henry Carroll – Page 56”