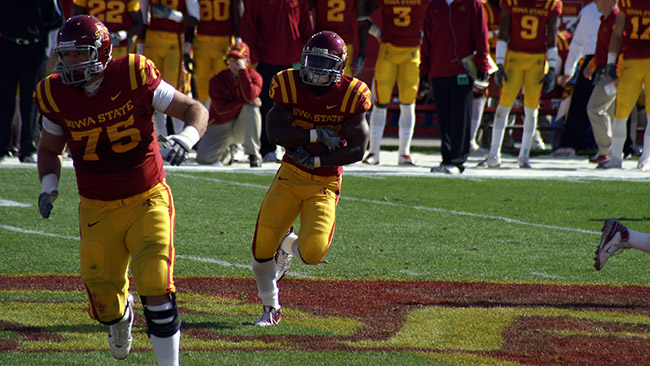 One of the head coaches in the game would go on to win a national championship. The other coach… looks like he got exiled to someplace called Youngstown, Ohio.

Looking through these pictures, it does remind that when conference realignment hit the Big 12 and we lost Nebraska to the Big Ten, they are an opponent that I really miss playing. At least in football. No interest in playing them in basketball. It isn’t just because Nebraska slit their own throat by joining the Big Ten by severing recruiting ties with the state of Texas and now are amongst the worst teams in college football and would make an easy yearly W for Matt Campbell and the boys. I legitimately missing playing them and as much as it pains me to say it, I actually miss their fans coming to Jack Trice every other year. Their is nothing sweeter than rubbing a sweet victory in the face of a pompous Nebraska fan. Not even beating Iowa is that sweet and we all know how obnoxious a faction of that fanbase.

I also miss playing Missouri. Particularly in basketball. Their fans don’t travel like Nebraska fans and they aren’t that obnoxious, but it was a regional school with which Iowa State had a decent rivalry. I really enjoyed the 2 year basketball series Iowa State just had with Missouri. Even though both games ended up being blowouts.

Colorado was a traditional Iowa State opponent. They were the last school to join the Big 8 in 1947. Oklahoma State technically was the school to make it the Big 8 after they rejoined the conference in 1958, but let’s not pick nits here.

The point is, I also miss playing Colorado, but not anywhere near as much as I miss playing Nebraska and Missouri.

The other traitors to leave the conference was Texas A&M. I don’t miss playing them at all. Texas A&M is more like a cult than a school. While it is well-documented that I am fascinated by cults, I don’t want them coming into holy ground like Jack Trice Stadium or into the cathedral that i Hilton Coliseum. Ever. Good riddance to the Aggies.

I do like the Big 12’s current lineup of 10 teams. While the name is stupid when there are 10 schools, the Big 12 can’t become the Big 10 because there already is a Big 10, that has 13 schools. 14 if you count Rutgers. Which I do. Because I am a very charitable person.

I think the Big 12 is the only conference that gets it right. I know the other conferences added schools that don’t really belong because they were chasing television markets for television markets. It was a short-sighted pursuit because Americans are cord cutting like crazy. When all the major conference television contracts are up in 5 years, the way that people consume television will be entirely different. The majority of people won’t be watching content on traditional television channels. They will be consuming through streaming services. ESPN, Fox, and CBS won’t be willing to pay the outrageous fees for broadcast rights that they did 4 years ago. They won’t have the subscriber base that they did back then. Instead, services like Twitter, Hulu, and Amazon Prime and services that probably don’t even exist yet will be entering the fray for broadcast rights. They won’t care about size of television markets. They will be interested in content. It will be at this time that the Big Ten will really regret adding a Rutgers and a Maryland.

2 years ago when the Big 12 looked into adding 2 more schools was a glimpse at the future. The television networks actually paid the Big 12 more money to NOT expand.

This doesn’t mean that the Big 12 couldn’t implode in 5 years. It easily could, but I think it won’t. My best guess is that in 5 years the Big 12 expands and adds Arizona and Arizona State.

My second best theory is that conferences are broken up and the Power 5 schools and maybe a couple others are put into geographical districts. Kind of like high school football. At least in football.

But none of that isn’t why I think the Big 12 gets it right. I think they get it right because as a fan of a Big 12 school, I get to watch Iowa State play every single other school in their conference in football. In basketball, Iowa State gets to play a home and road game against every other team in the conference. It is the only conference where the regular season title actually means something. I love that, but I mostly love getting to play everybody in the conference. Instead of, and for example, Iowa only plays Ohio State in football about once every 8 years. That isn’t an exaggeration. Look it up.

That being said, in my dream world, the current lineup of the Big 12 isn’t what I would go with. In my dream world, I would get rid of West Virginia because geographically they just don’t belong. I would be a little bit sad to see them go because I legitimately hate their basketball team and can’t stand their ex-football coach. Their are seeds of a rivalry there. However, they belong in an east coast conference. They belong in the ACC. They certainly belong in the Big Ten more than Rutgers. I’d give them an edge over Maryland as well.

Then I would bring back Nebraska and Missouri. This would make a pretty sweet conference:

It actually wouldn’t take too much pressing for me to want to kick out TCU and put Colorado back in. Nothing against TCU, but I don’t like competing against private colleges because they aren’t subject to the same open records policies that public universities are.

All the being said, here are some pictures from the Iowa State-Nebraska game: 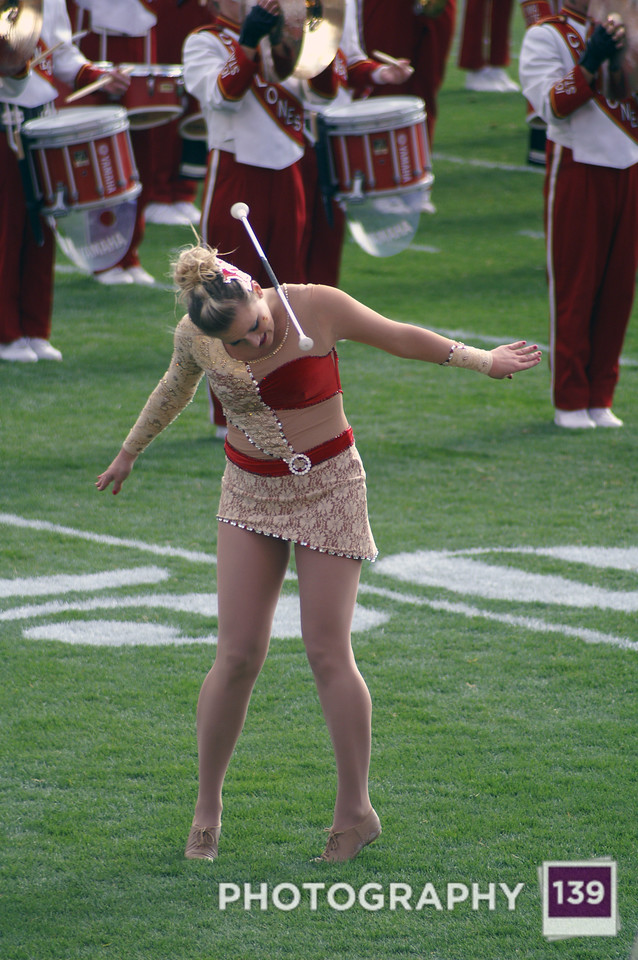 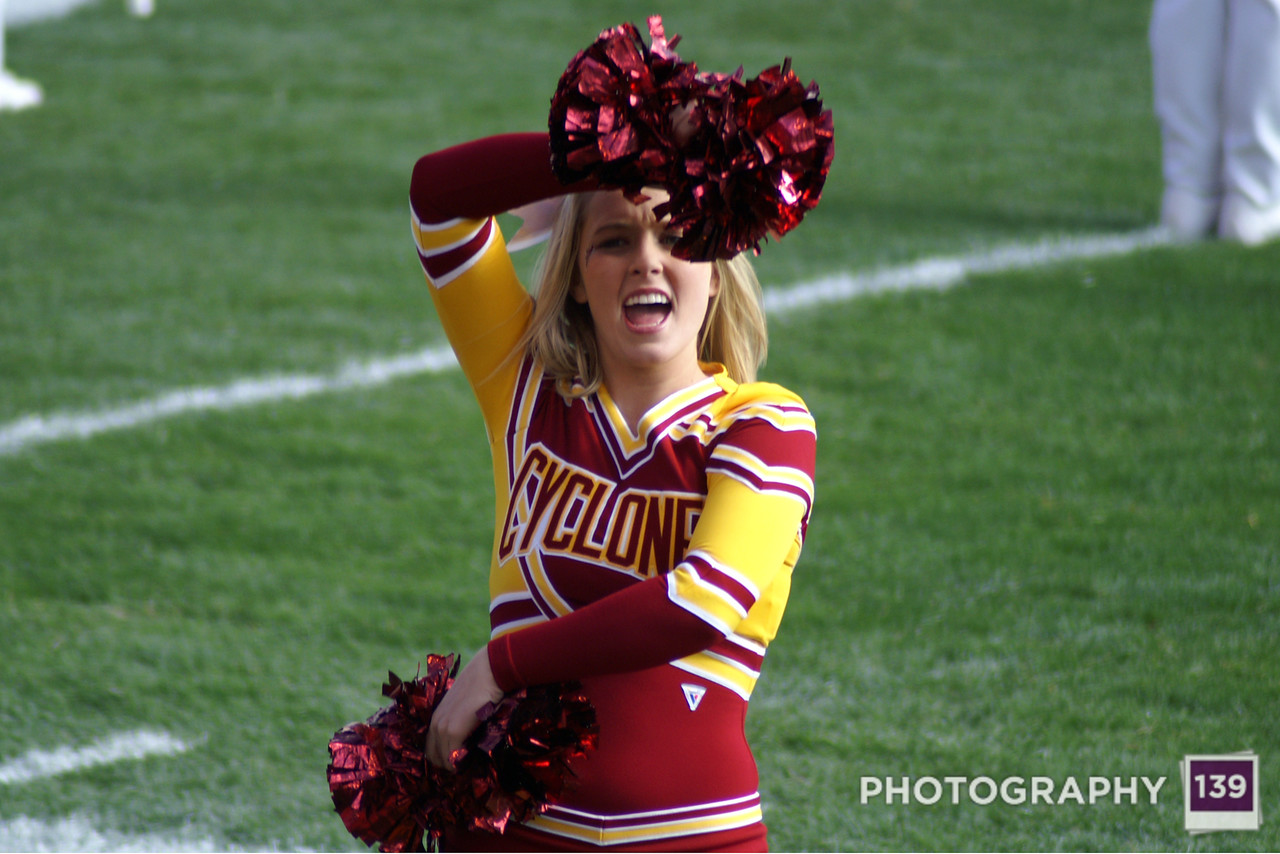 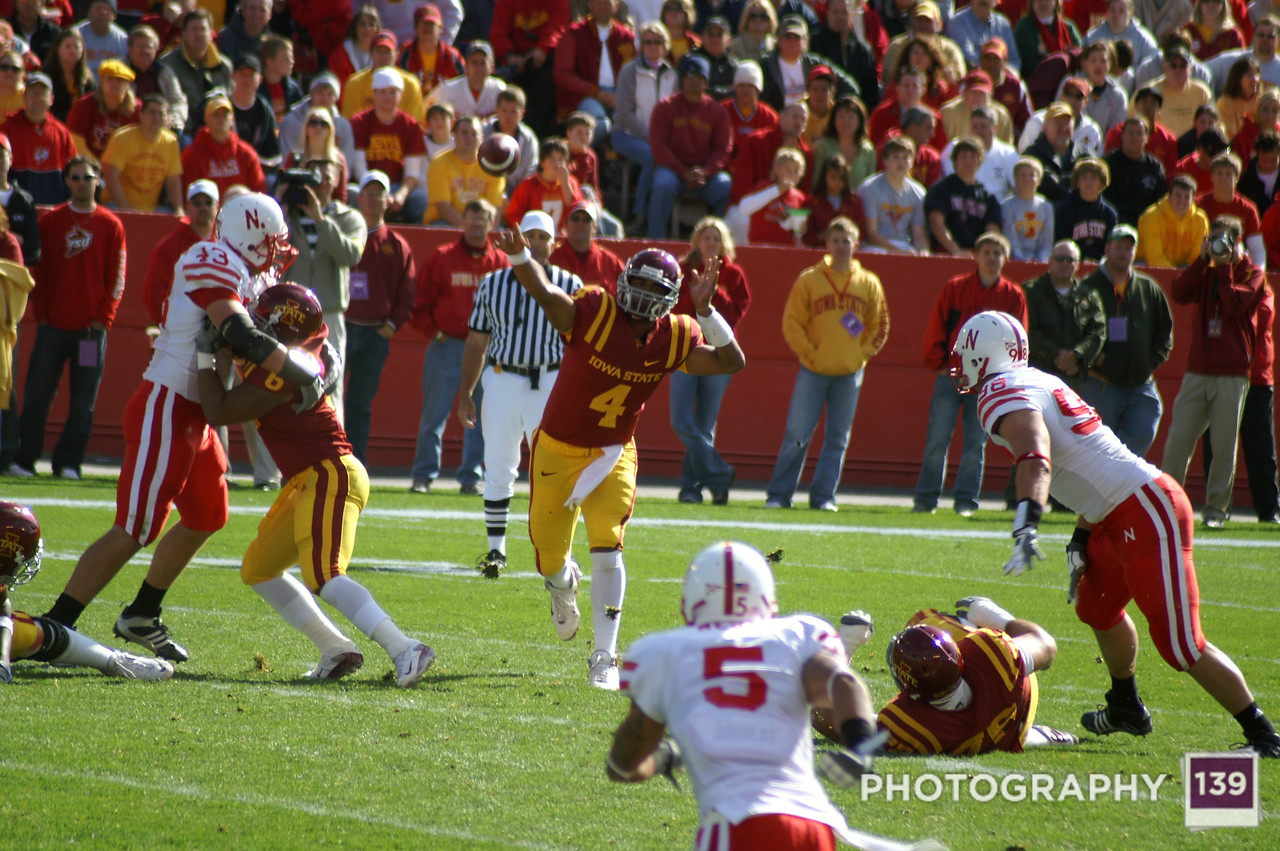 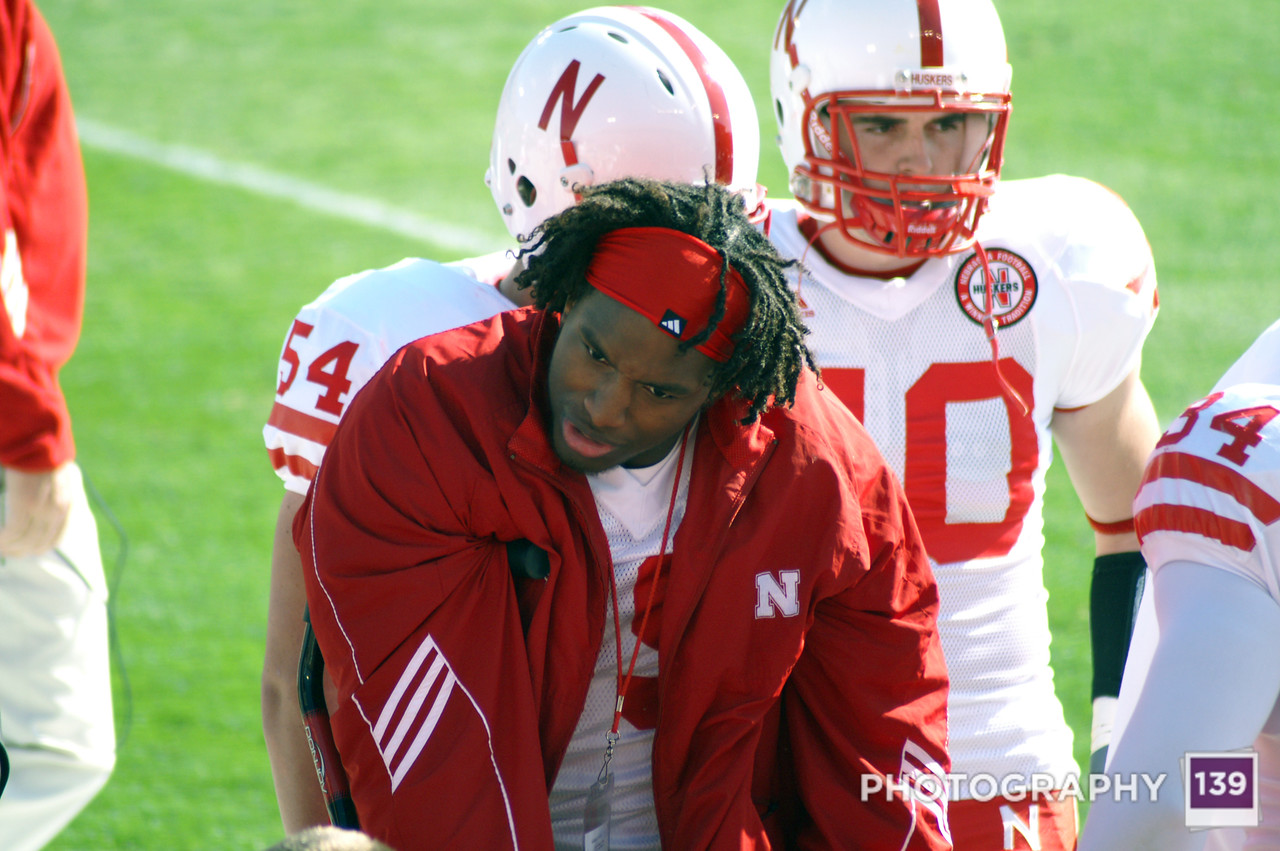 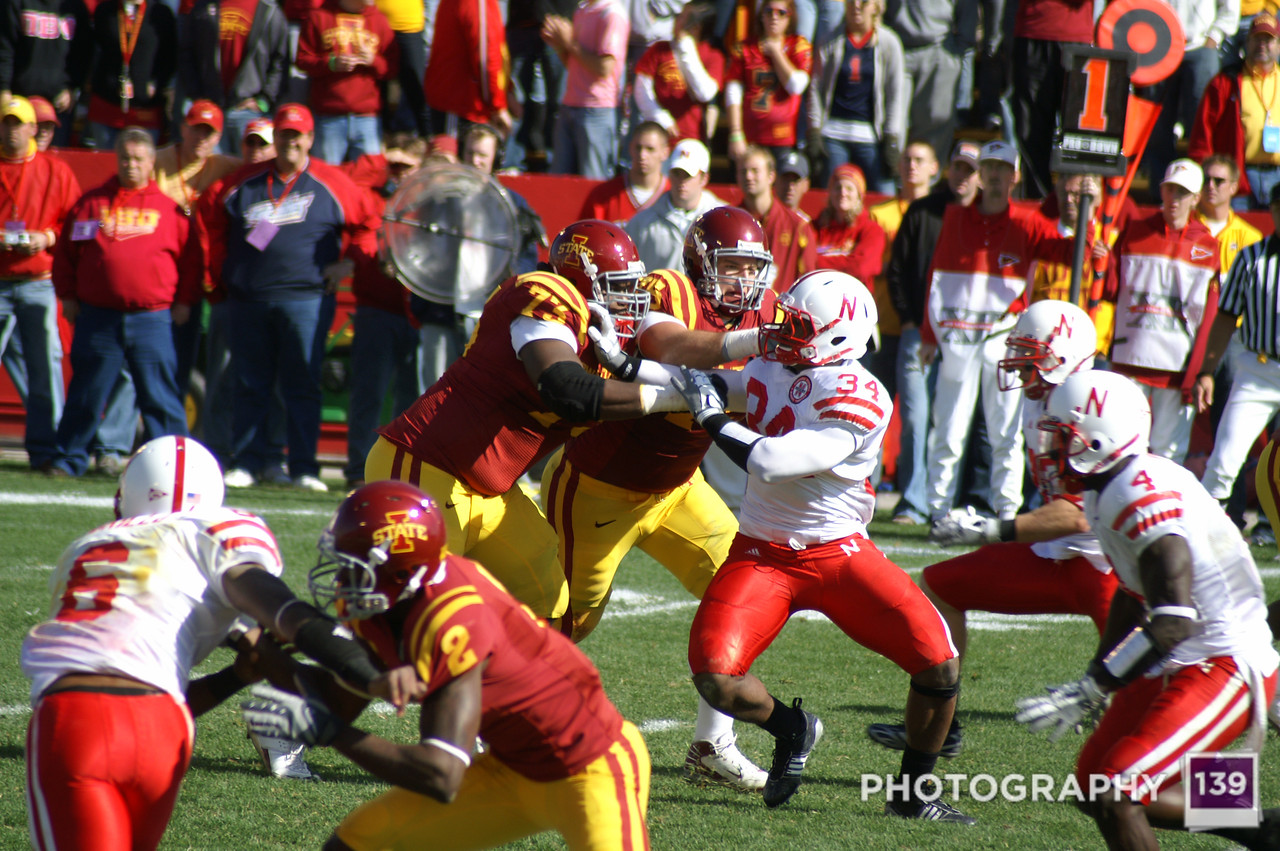 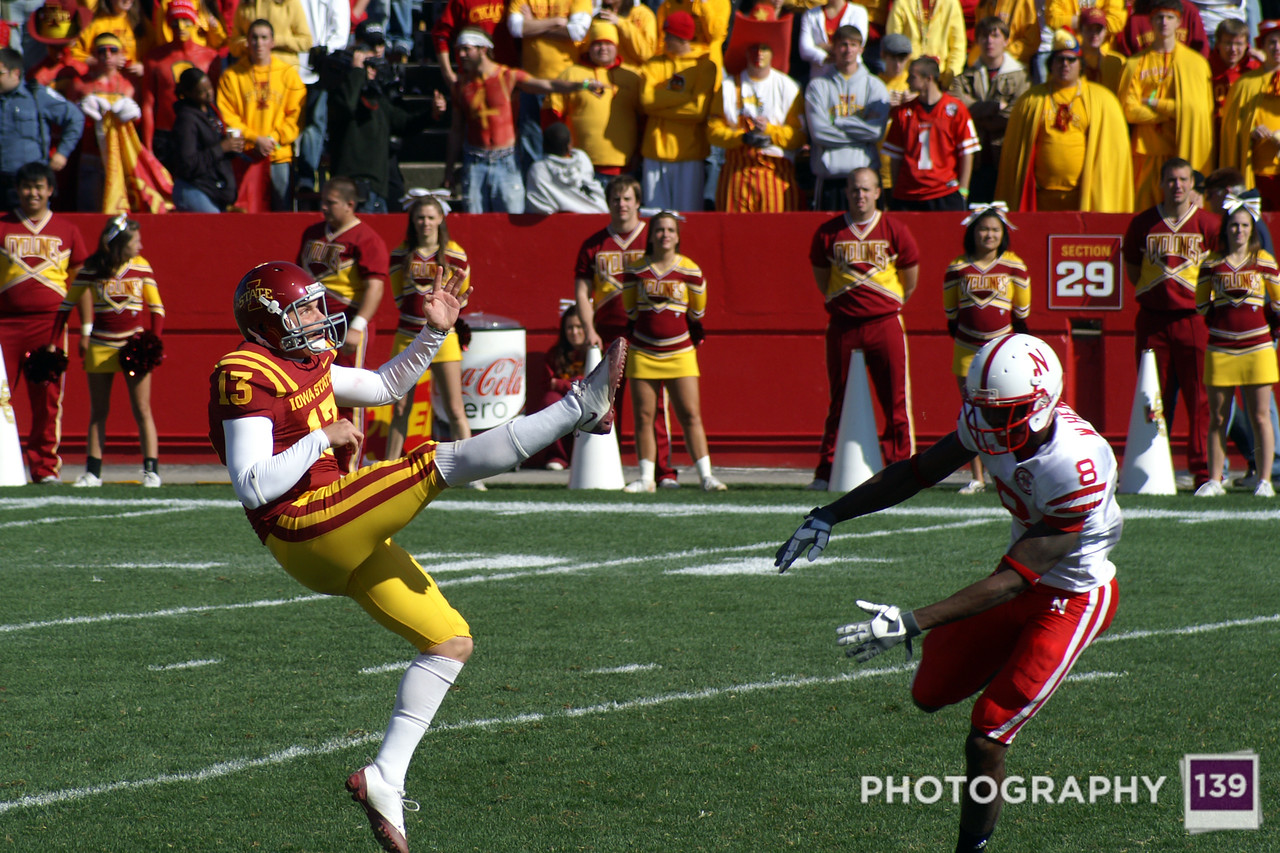 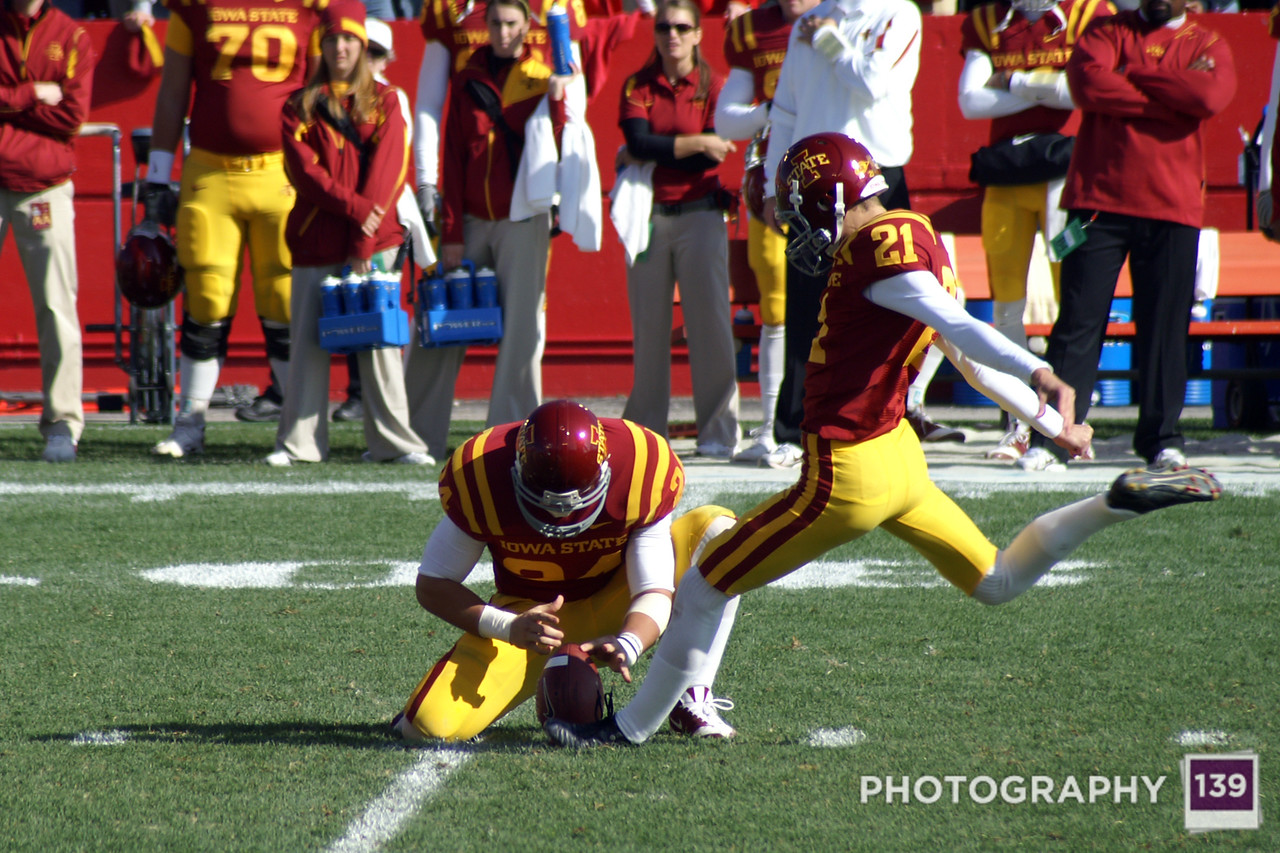 I don’t know what the final score of this game was, but I’m sure it wasn’t pretty. The Gene Chizik era at Iowa State ended with 10 straight losses. Most of them were beatings.

By adding these pictures to the Photography 139 Gallery I was able to restore the following historic “An Artist’s Notebook” entry to its original glory:

Next week’s walk down memory lane will involve women fighting for the right to vote. No, really.