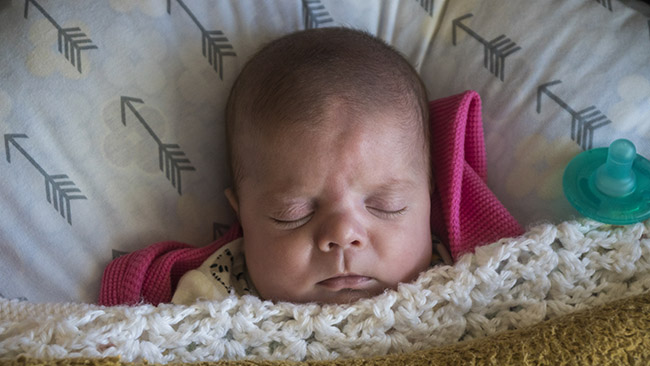 After doing our “horns down” gesture, we loaded back into the car and headed north. Hoping to get deep into the heart of Oklahoma before bedding down for the night.

Leaving Austin we made a stop at Buc-ee’s. If you ever make it to Texas, I can’t strongly recommend stopping at a Buc-ee’s enough. Without mincing words, it is the best gas station in the world. I’m not just saying that because they have a beaver for a mascot.

Buc-ee’s is almost as big as Wal-Mart, but you can shop there without feeling that you are supporting an evil organization. They have just about everything you want, from a fudge shop to a barbecue shop. Do you need more than barbecue and fudge? You really have to experience it. Words don’t do it justice.

While I was Buc-ee’s I had an interesting encounter in the bathroom. Most men live by a rule that when you are at the urinal, you don’t speak to anybody around you. I don’t necessarily live by this rule, but I’m guessing 95% of men do.

While I was about my business a Washington State fan got my attention. I was thinking, “Great, I want to hear some dirty Cougar gloat about their victory while I’m in the most magical place on earth. (Buc-ee’s, for the record, not the men’s room.)

But he didn’t gloat though. He looked me dead in the eyes and said, “The refs screwed you guys.”

I wasn’t looking to make a beautiful connection with another human being over gas station urinals, but here we were. I looked him back dead in the eyes and said:

Leaving Buc-ee’s I figured that we could unright a wrong that I didn’t even know I had committed. On the way through Waco we could stop at Magnolia and pick up the cupcake that I had apparently agreed to buy my Mom but had forgotten.

Because we knew the trick of the bakery food truck, I dropped Jesse off and scooped the loop of the silos district of Waco. I stopped and took a few pictures of an interesting looking burger joint and a church: 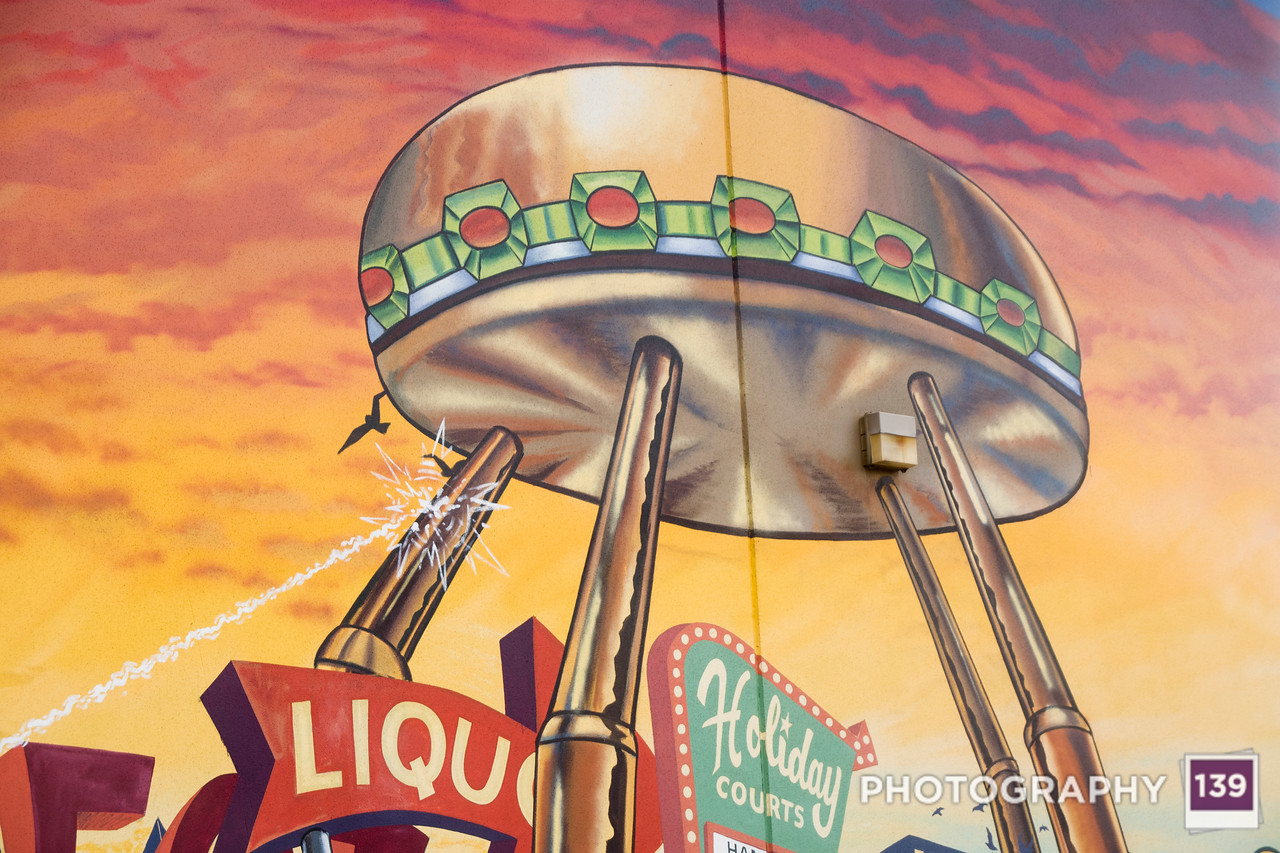 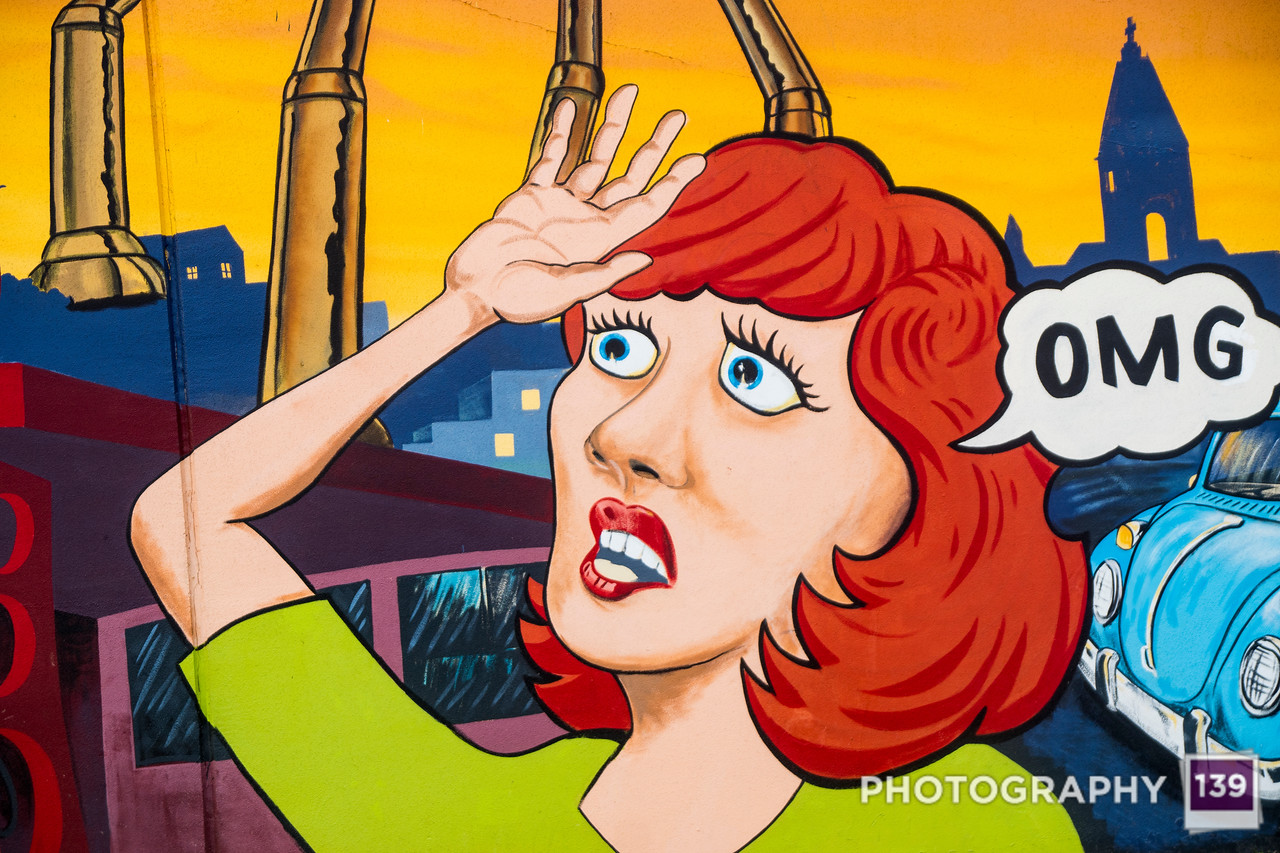 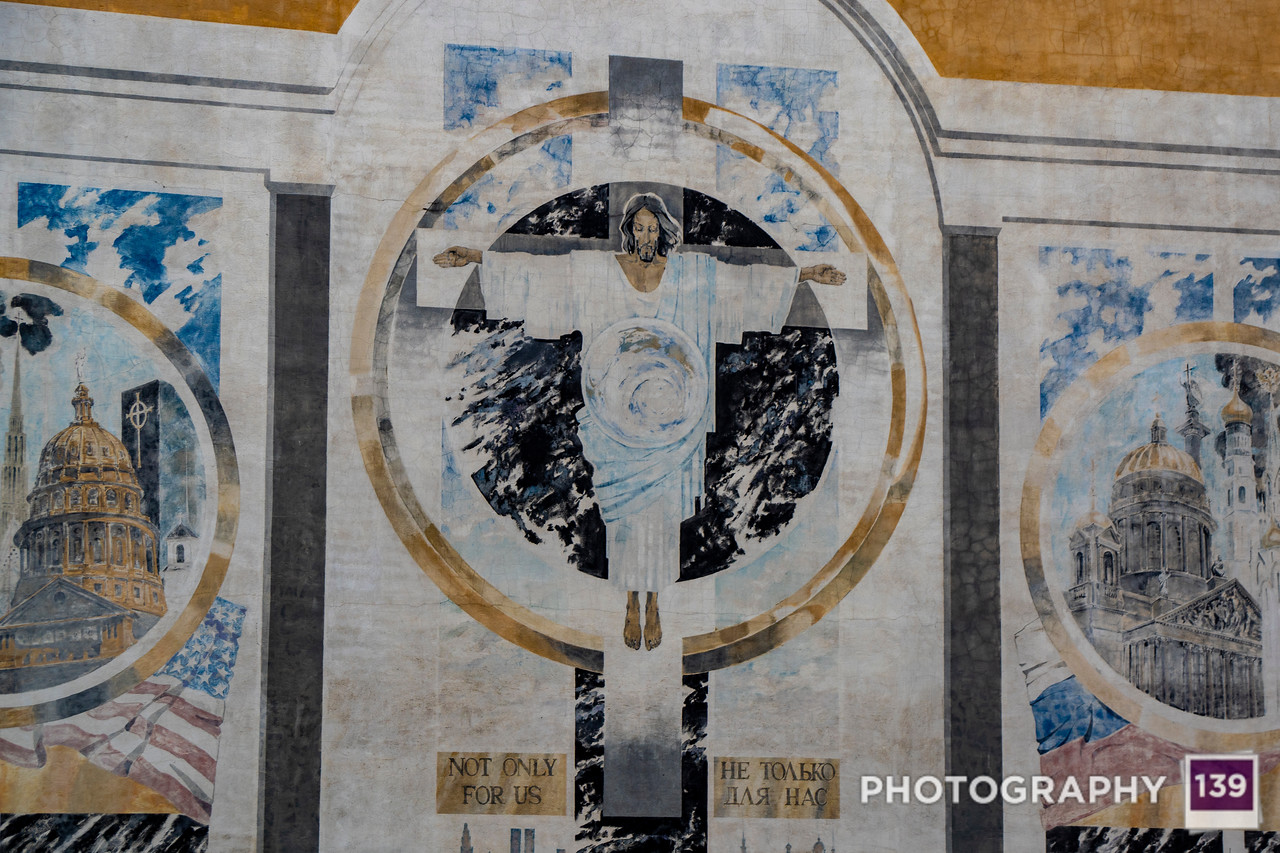 I parked our trusty steed and headed into Magnolia. Right next to the bakery truck was the infamous Alabama Sweet Tea truck. This time it was open. Hallelujah!! I was going to be able to have even more sweet tea!

I got in line, but I was greeted by an extremely prejudiced menu:

Once again, the bigotry of southerners was thrown in my face. I almost decided to skip the sweet tea, but I persisted:

After securing the sweet tea and the cupcakes, Jesse and I got back on Interstate 35 and efforted to make good time. We wanted to get as far north as we could to make the last day of our road trip as short as possible.

We did stop at the Texas-Oklahoma border to take our picture with the iconic Texas sign: 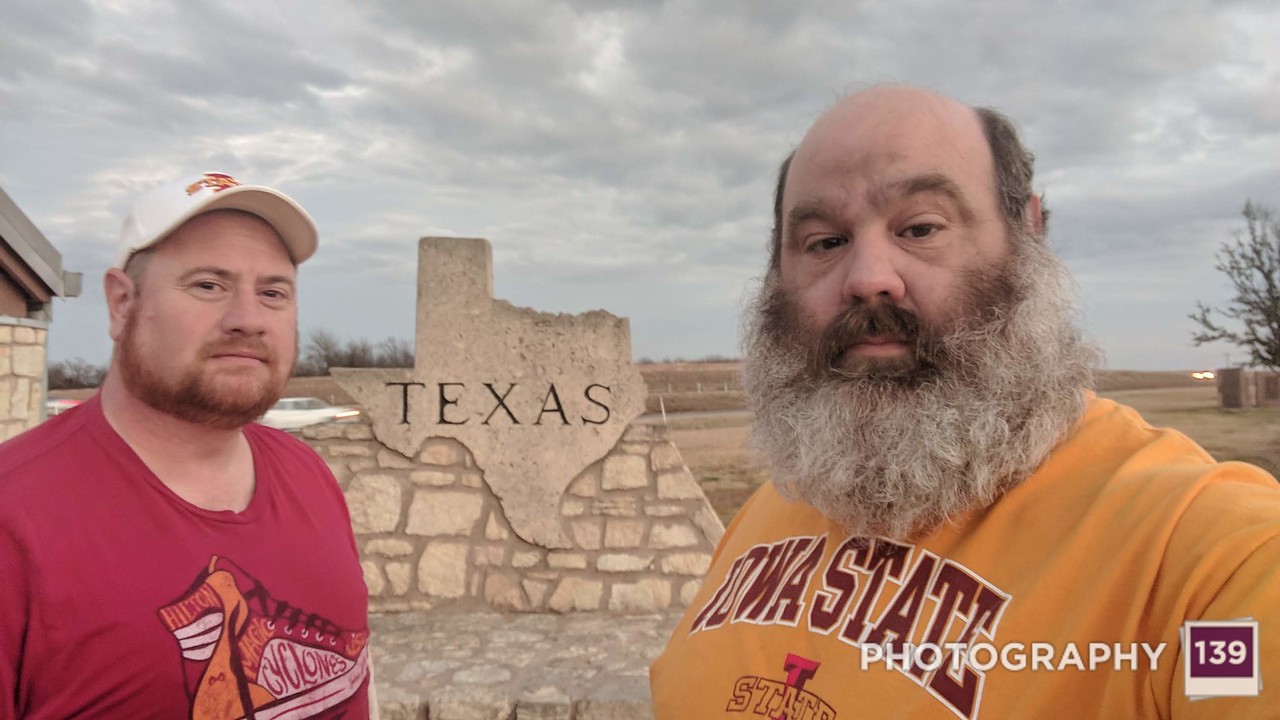 We stopped for supper at a Taco Casa in Ardmore, Oklahoma.

I’m not going to say it was delicious, but it was cheap and there was lots of it and sometimes when you are on the open road, that is enough.

We left Taco Casa and gassed up at a Valero. At the pump next to us were a boyfriend-girlfriend or brother-sister combo, being in the south, possibly both, gassing up their truck. They were clearly loaded. I’m not an expert on Ardmore, Oklahoma, but if I had to take a guess at their controlled substance of choice, that guess would be meth.

Regardless of what they were on, they were clearly staring at me. It made me a little nervous because our car being a rental, I wasn’t packing the car knife that always resides in the Sir Pixalotmobile. If trouble was going to go down, all I had to rely on was my dashing good looks. Fortunately, that was all I needed.

Finally, the guy spoke to me.

At least he got my name right.

His girlfriend/sister said, “You’re sure a tall $&#@er. What do they feed you?”

While I should have said “Meth heads.” What I really said was, “Taco Casa most recently.”

I finished gassing up the rental and we hit the road north looking to put distance between us and this unfortunate part of Oklahoma.

We drove for a couple more hours and bedded for the night at the Holiday Inn Express & Suites in Perry, Oklahoma. After spending about 15 minutes watching the Oklahoma-Alabama game with an Oklahoma State fan that turned out to be a hotel employee eating what looked like tapioca pudding out of about a one gallon bucket (my man) we were in our rooms and snoring the night away.

But the real show stopper was this mango juice that they had on tap. It wasn’t straight mango juice, but it was still delicious. I knocked down something like 5 cups of it and then filled up my empty Alabama Sweet Tea mason jar with more of it for the road:

It really hit the spot and I was melancholy when I finally knocked down the last few drops as we approached Manhattan, Kansas to visit Nate and Laura and the triplets.

There isn’t much to say about this visit other than TRIPLETS!!! 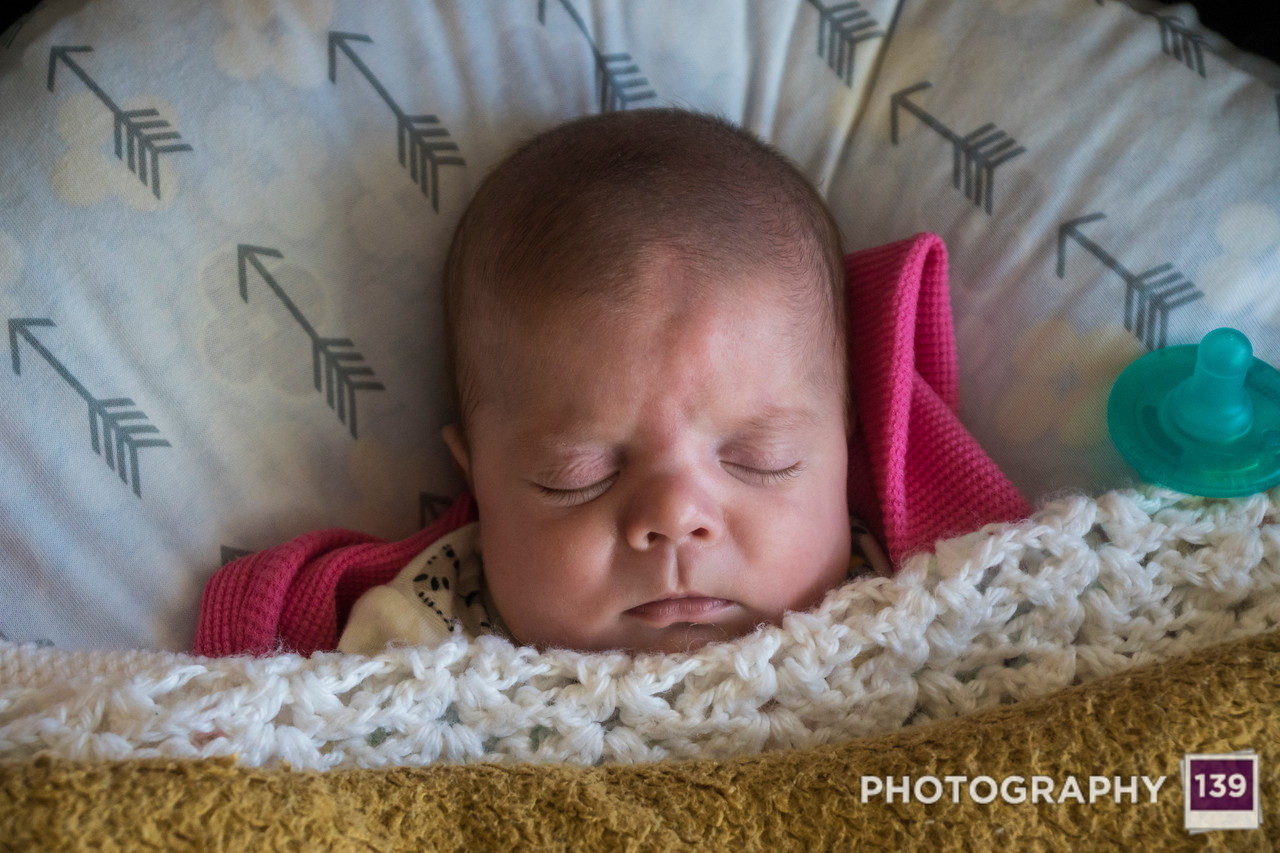 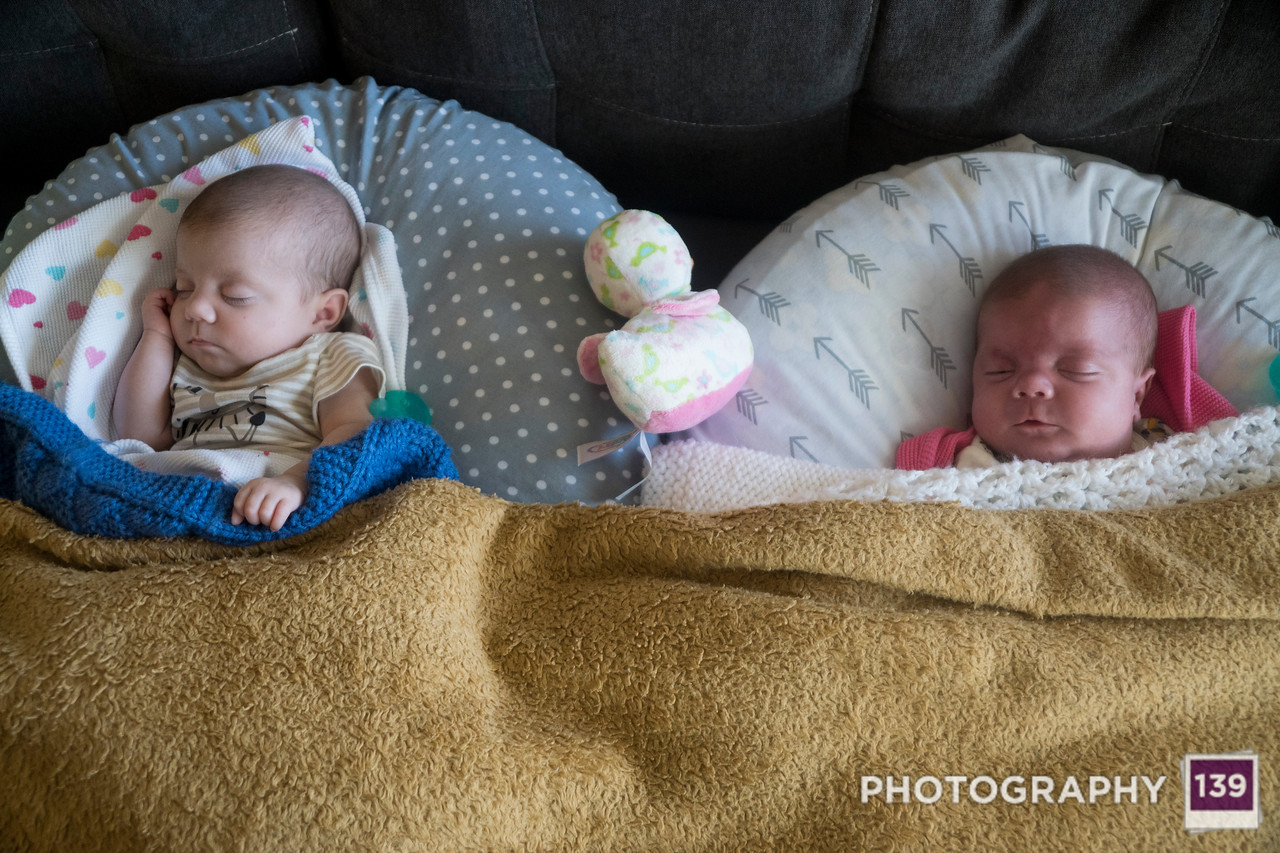 We said goodbye to the Millers and hit the road. There was a stop for lunch in Topeka and another stop for gas. However, it wasn’t long before we were back home in Boone, Iowa. The #1 Affordable Small Town Where You’d Actually Want to Live as ranked by realtor.com.